On Friday, I joined House Republican Leader Kevin McCarthy at DMI Companies, Inc in Monongahela, Pennsylvania, to unveil the rollout of the historic "Commitment to America." This will serve as the guidepost plan for the new Republican House Majority in the U.S. House of Representatives. 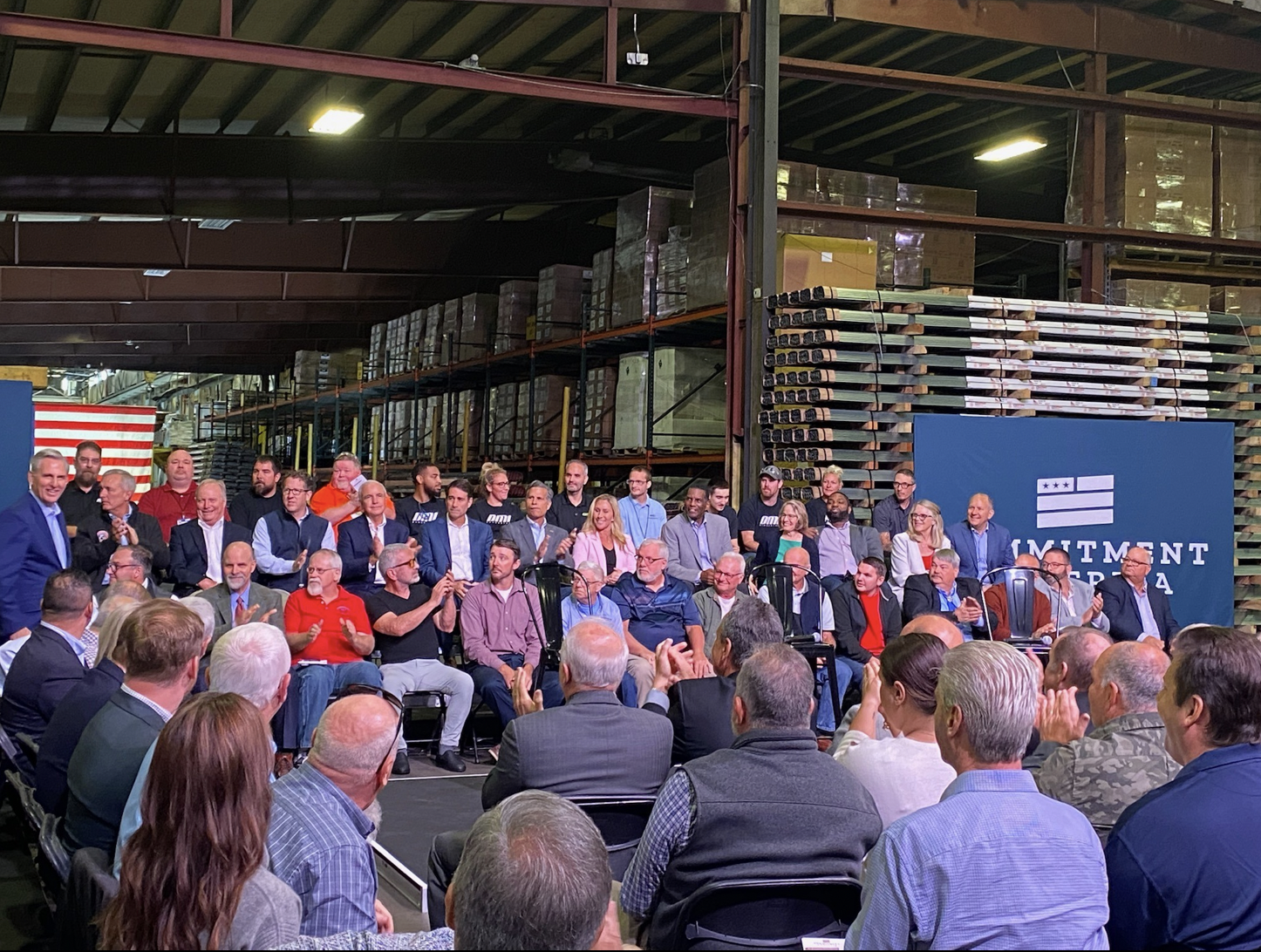 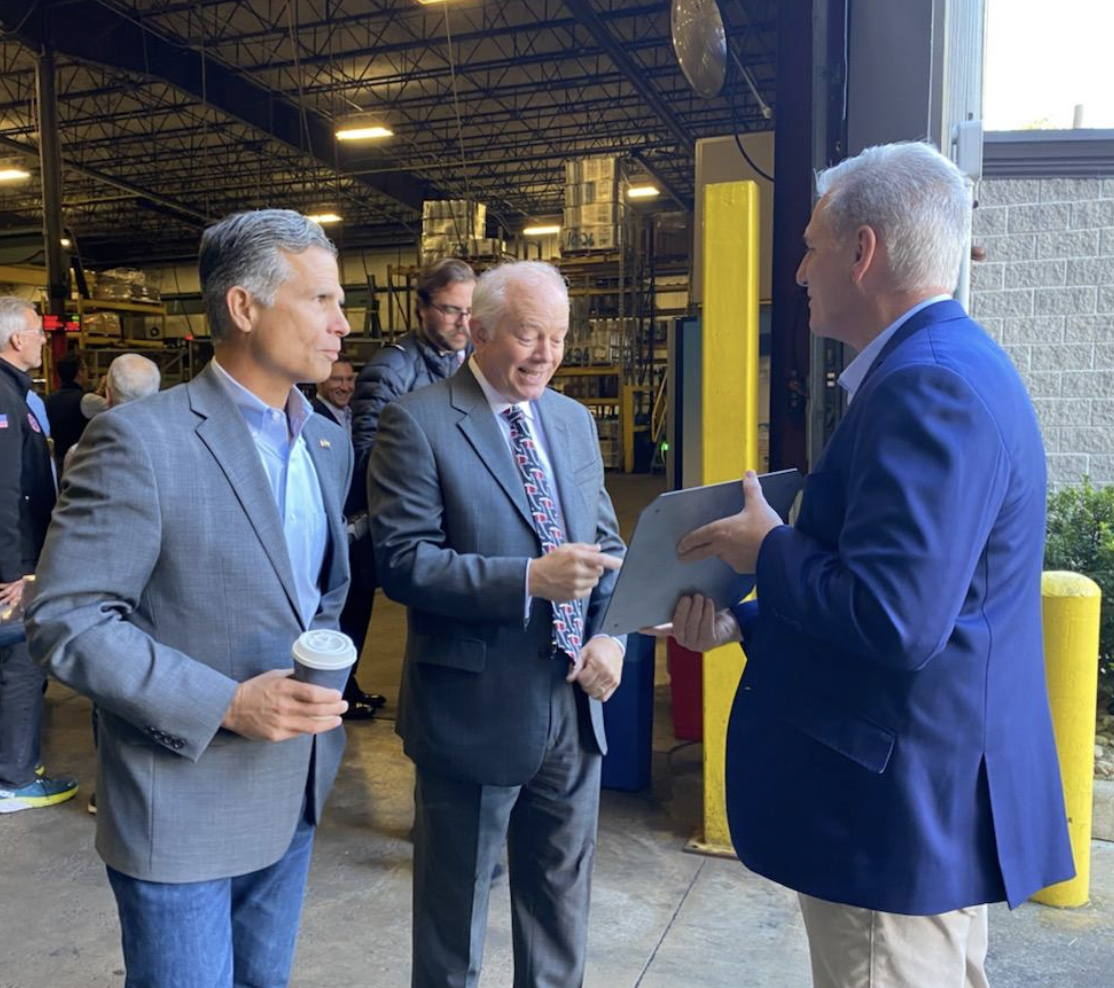 I joined Stuart Varney on Fox Business to discuss the new plan and the event. Click here or below to watch. 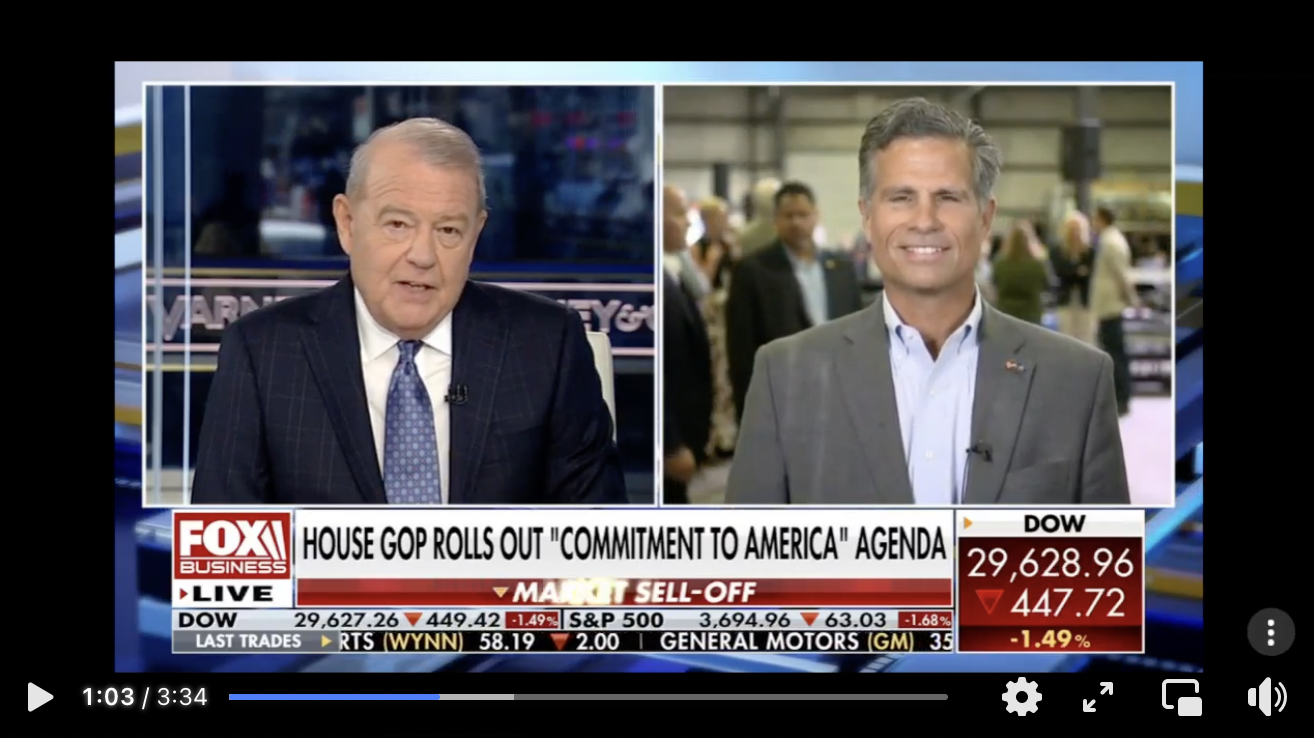 The Commitment to America represents a new direction and better approach that will help get our nation back on track and eventually even stronger. Click here to read the plan.

Highlights of the plan include:

Leader McCarthy stated when unveiling this plan that the people of America who work hard and play by the rules deserve far better than what they are receiving today. With Republicans back in charge in Washington, we can start to Make America Great Again… Again.

The Biden and Biden Democrats continue to double down on the same failed policies that got us here. They want to spend more, and they want to tax more. I recently spoke to Liz McDonald and Carol Roth during "The Evening Edit" with Liz McDonald and Carol Roth about rising inflation and how the high cost of goods is impacting American families. Click here or below to watch. 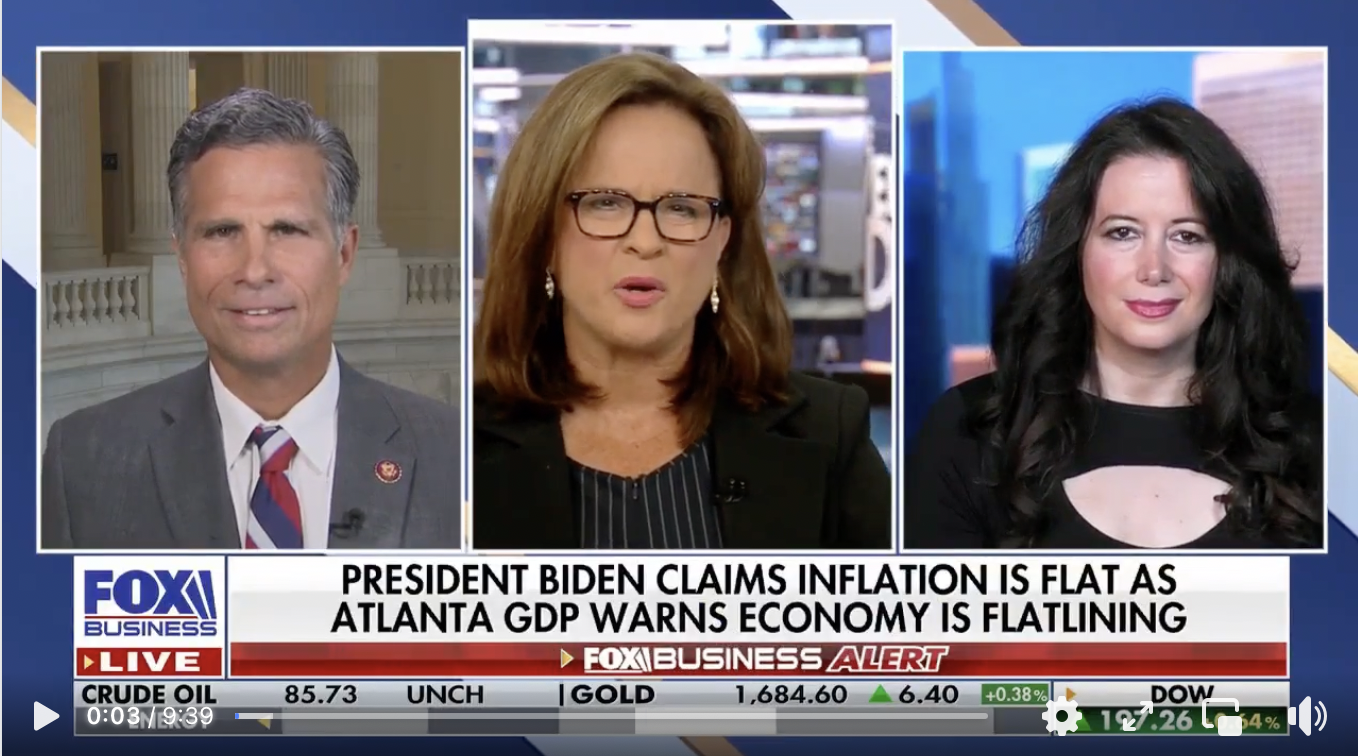 I also joined Rob Finnerty with Newsmax to discuss my legislation requesting transparency on ghost flights and the Commitment to America plan. Click here or below to watch. 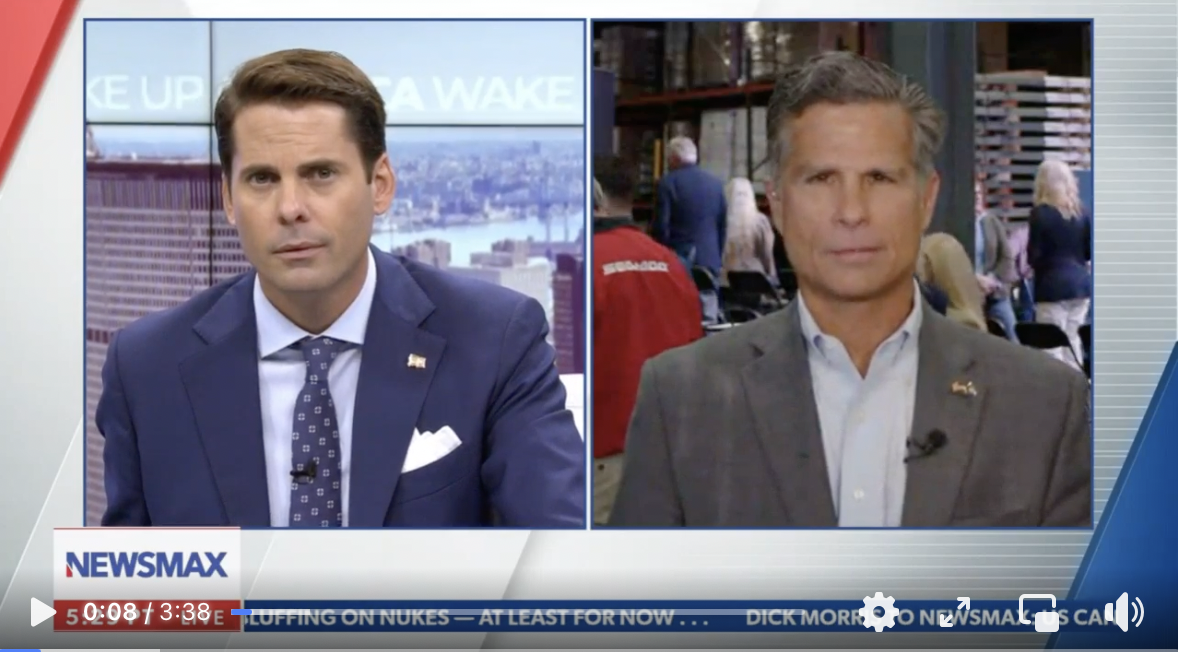 Our southern border continues to be an unmitigated disaster and is a crisis. Yet, when thousands of illegals were flown into central and northeastern Pennsylvania and others across the country without notice or coordination, the Biden Democrats and the mainstream media didn't flinch.

Remember that the Biden administration was flying migrants secretly to middle America for months, and no one batted an eye. Now that Chicago, DC, and Martha's Vineyard received a few flights, it's a national tragedy. Their hypocrisy knows no bounds.

Over the last year and a half, these flights have been landing in towns across America, placing thousands of illegal immigrants into these communities with no prior notice, yet no one flinched.

Now that Chicago, DC, and Martha's Vineyard have received a few flights of migrants, we're supposed to believe it is a national tragedy.

My bill, H.R.6592, the Immigration Transparency and Transit Notification Act, to stop the Biden administration from secretly flying illegal immigrants to American communities was offered on the floor by House Republicans today, and Democrats unanimously rejected it.

Earlier this week, I spoke again with Newsmax to discuss my legislation and this issue. Click here or below to watch. 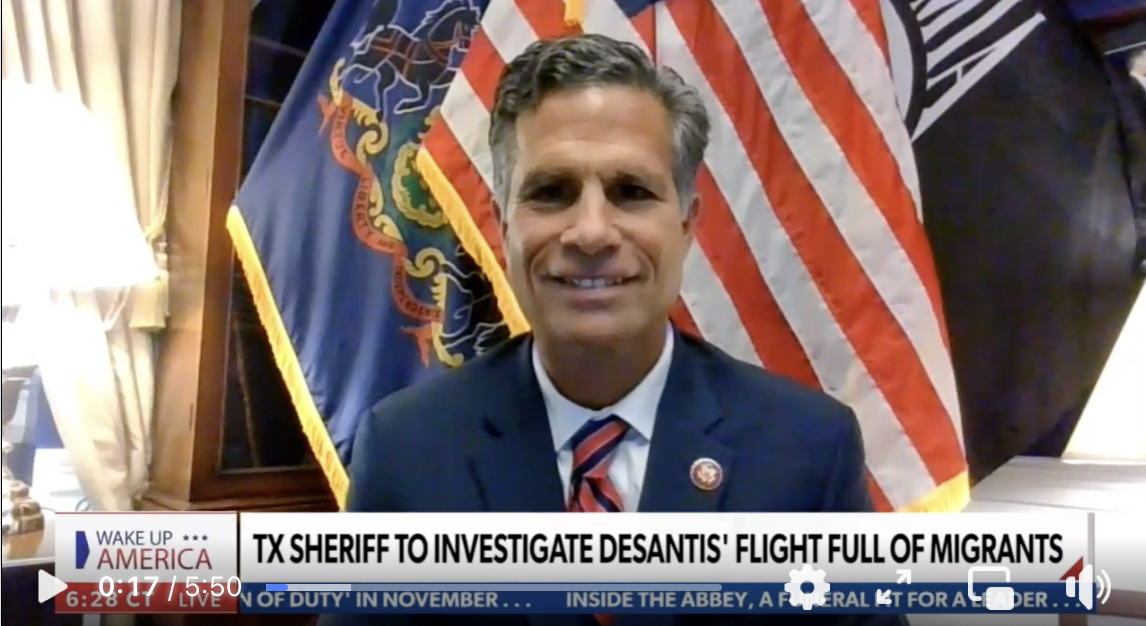 IN NEWS YOU WON'T HEAR IN THE MAINSTREAM MEDIA: The crisis at the border grows, and the Biden administration and Biden Democrats continue to do nothing. Worse yet, they are now criticizing others for the crisis they have created.

During a recent interview with Vice News, border czar Kamala Harris dared to claim that Republican governors are "inhumane" after she has done nothing to address the Biden-created humanitarian and security disaster on our southern border.

The answer: there is none. Biden's border policies are inhumane and cruel. But Senators like Catherine Cortez Masto insist "there's no open borders" as she votes to protect the very policies that are throwing the border wide open in the first place.

Democrats own this disaster, and every day they do nothing, the more terrible the crisis grows.

I joined the thousands who came together on Monday in Harrisburg for the Pennsylvania March for Life. What a well-attended and fantastic event. 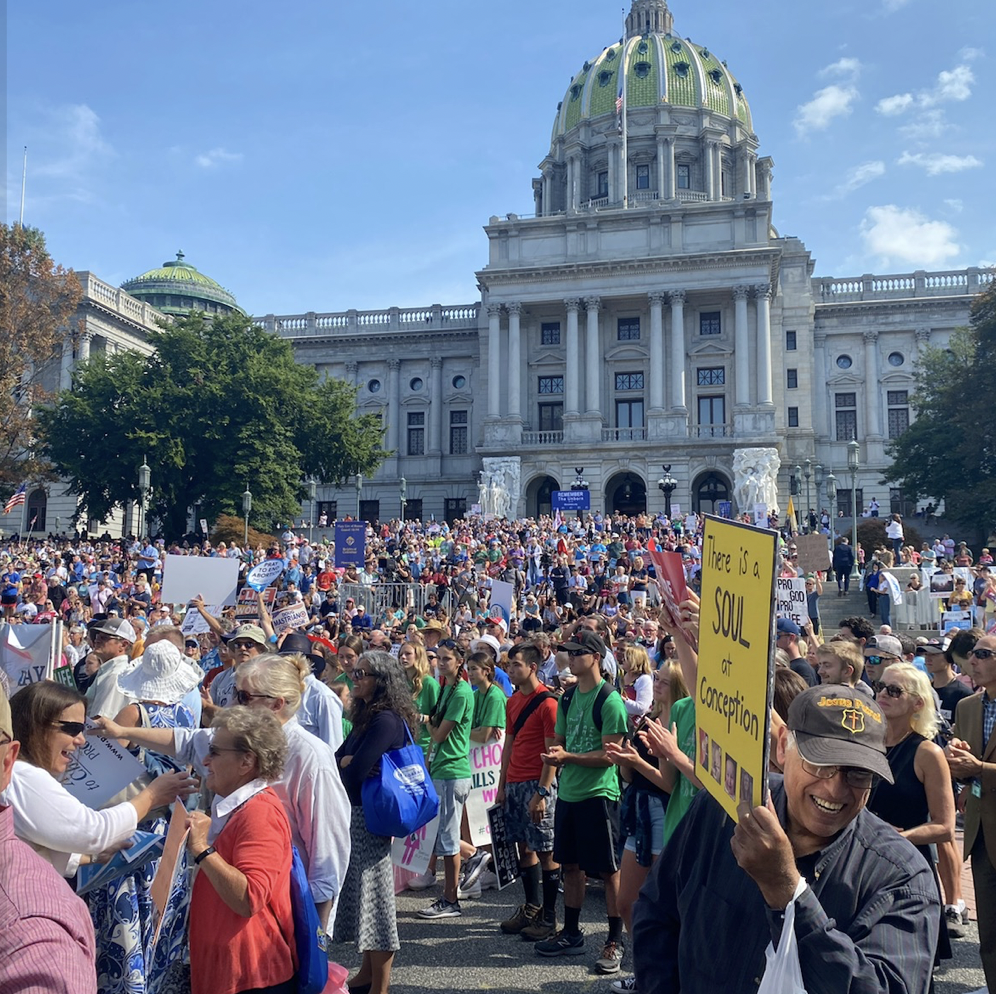 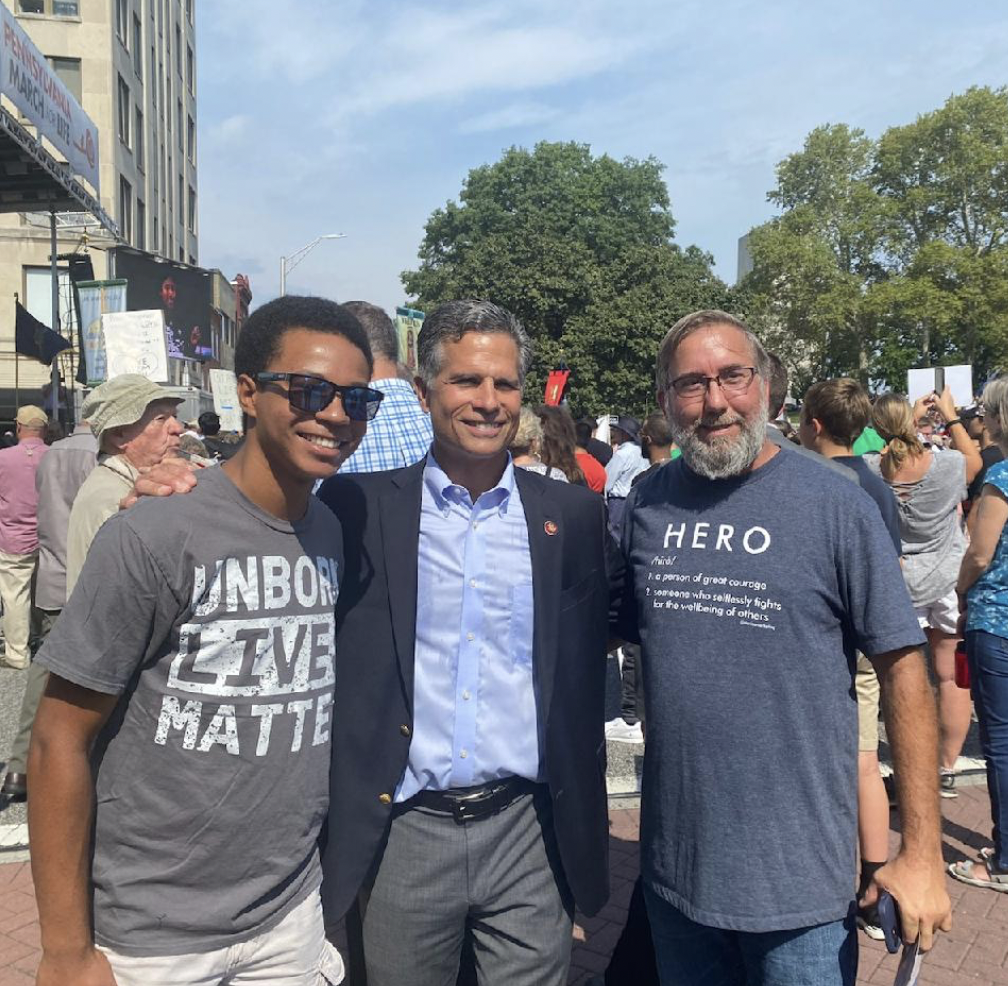 On Thursday, I was invited in by my good friend Duncan Campbell to speak to the Pennsylvania Bankers Association. I got to provide an update on what I'm working on in U.S. Congress and addressing policies to support the banking industry. 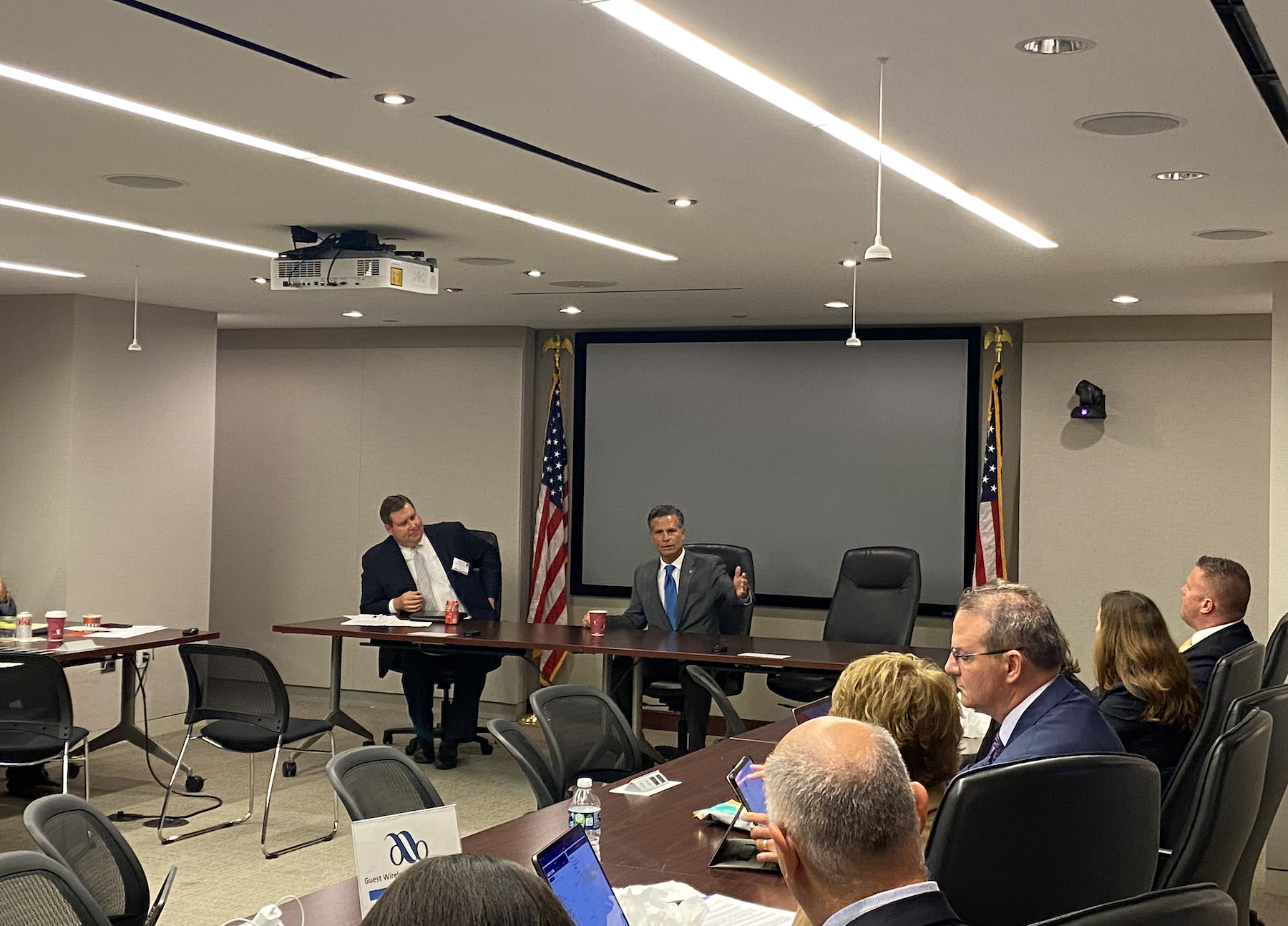 And to close out our Friday, I stopped by the famous Bloomsburg Fair and was joined by our Republican candidate for State House 109th district, Robert Leadbeter. We saw many people, including our good friend Charlie Porter from the Farm Bureau. The fair runs through next Sunday, October 1st. I encourage you to stop by and see all of the great vendors and attractions. 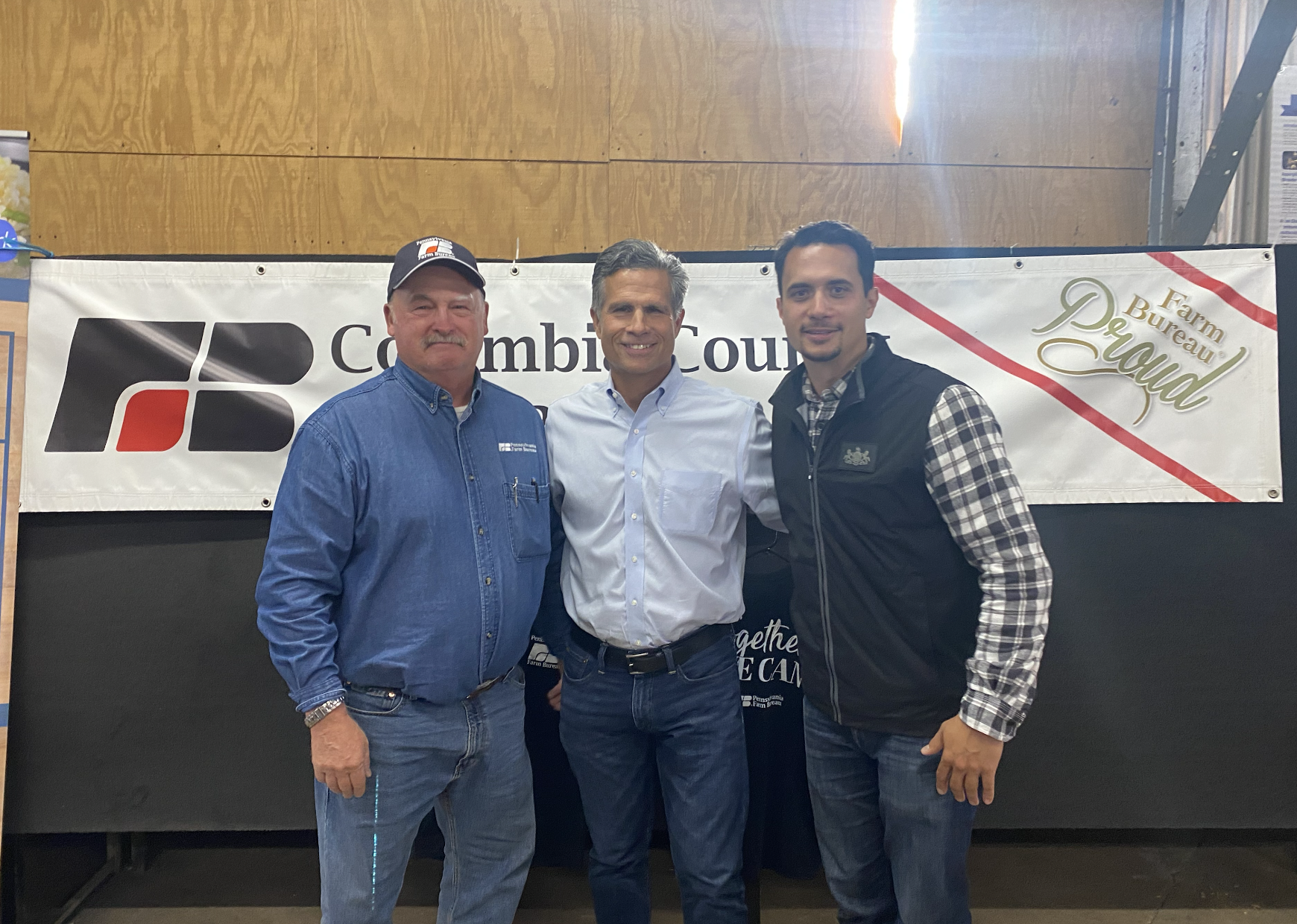 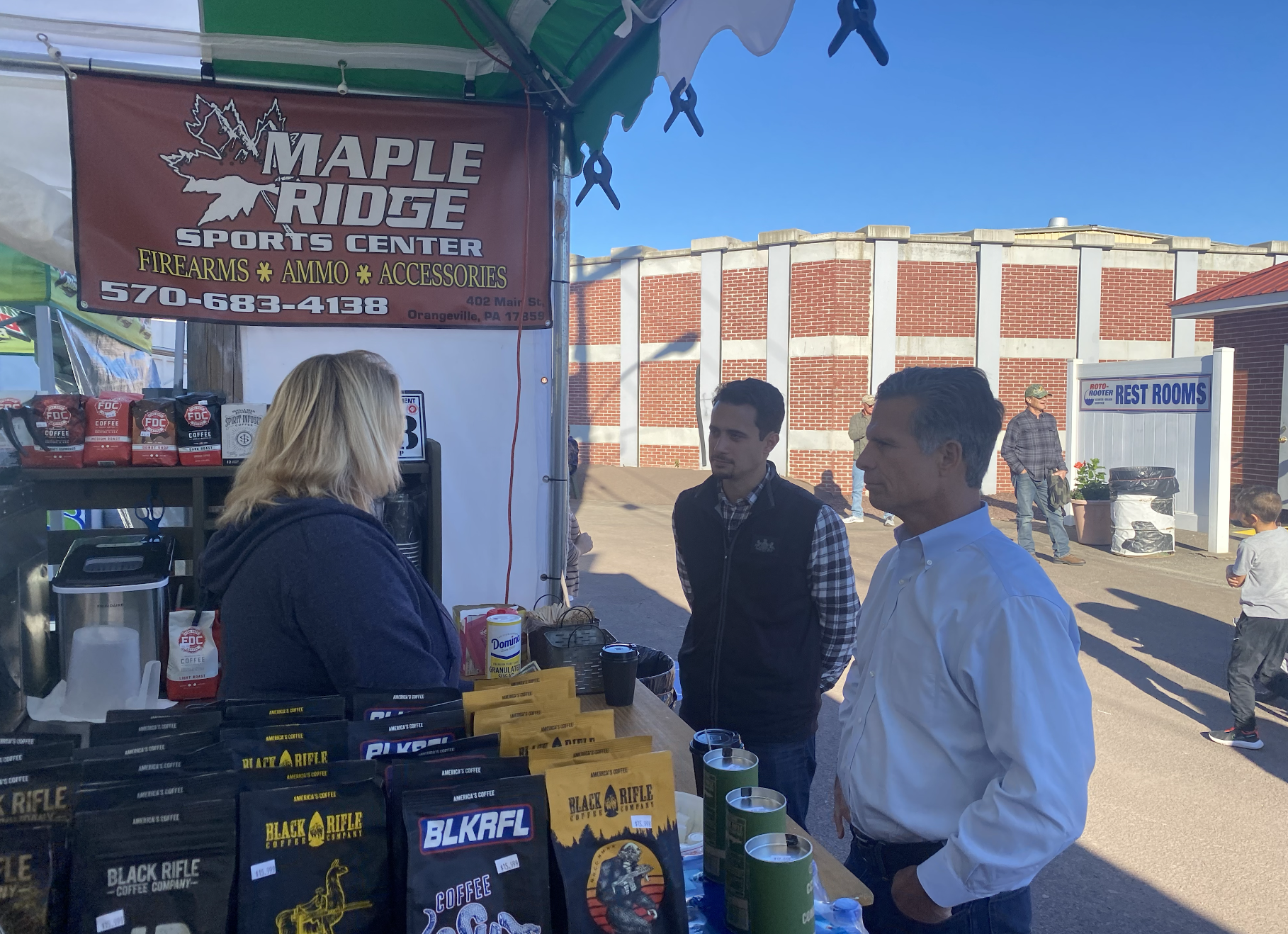 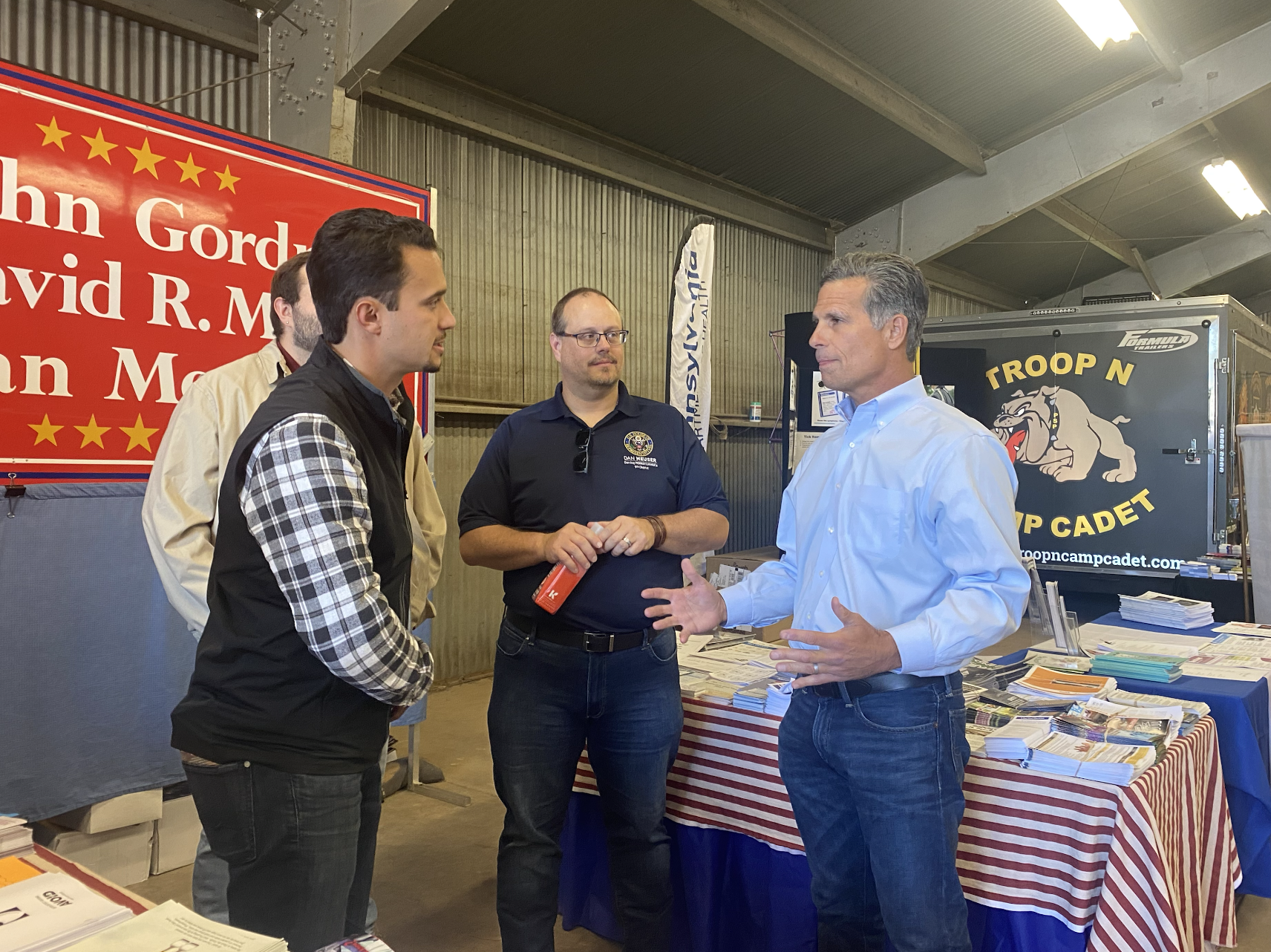 There is so much at stake on Election Day. It's just a few weeks away. First, we must back U.S. Congress and retire Speaker Nancy Pelosi once and for all. Next, we must elect Dr. Oz to the U.S. Senate and Doug Mastriano to the Governor's office. Finally, we must re-elect strong Republican majorities in Harrisburg. Electing Republicans is our path to restoring a plan that puts both America and Pennsylvania First. So please tell your family, friends, and neighbors to get out and vote. It's so critical.