We have thousands of Americans stuck in Afghanistan. Additionally, we have Afghans, including women, children and the translators that supported our effort, who are stuck in the country. While the Biden administration advises Americans and Afghans to get to the airport, they must pass through multiple Taliban checkpoints. Then they are told they aren't supposed to go to the airport due to the Taliban forces circling. In fact, it was reported today by Fox News that a network of hundreds of thousands of people, including many veterans, have started a digital Dunkirk. They are using satellite imagery to track the Taliban and help the Afghan interpreters get to the airport. Even when the government fails, the will of the American people, particularly our veterans, is strong. They always step up and can be counted on.

Meanwhile, the Biden administration is leaving these people high and dry. Secretary of Defense Lloyd Austin outrageously admitted they might not get all our people out. Their lives are in grave danger. Failure is not an option, and the Biden administration must stop making excuses, deflecting, and blaming others. Click here to watch my latest appearance on Newsmax to discuss the importance of having a plan to get these Americans and Afghans out as soon as possible. 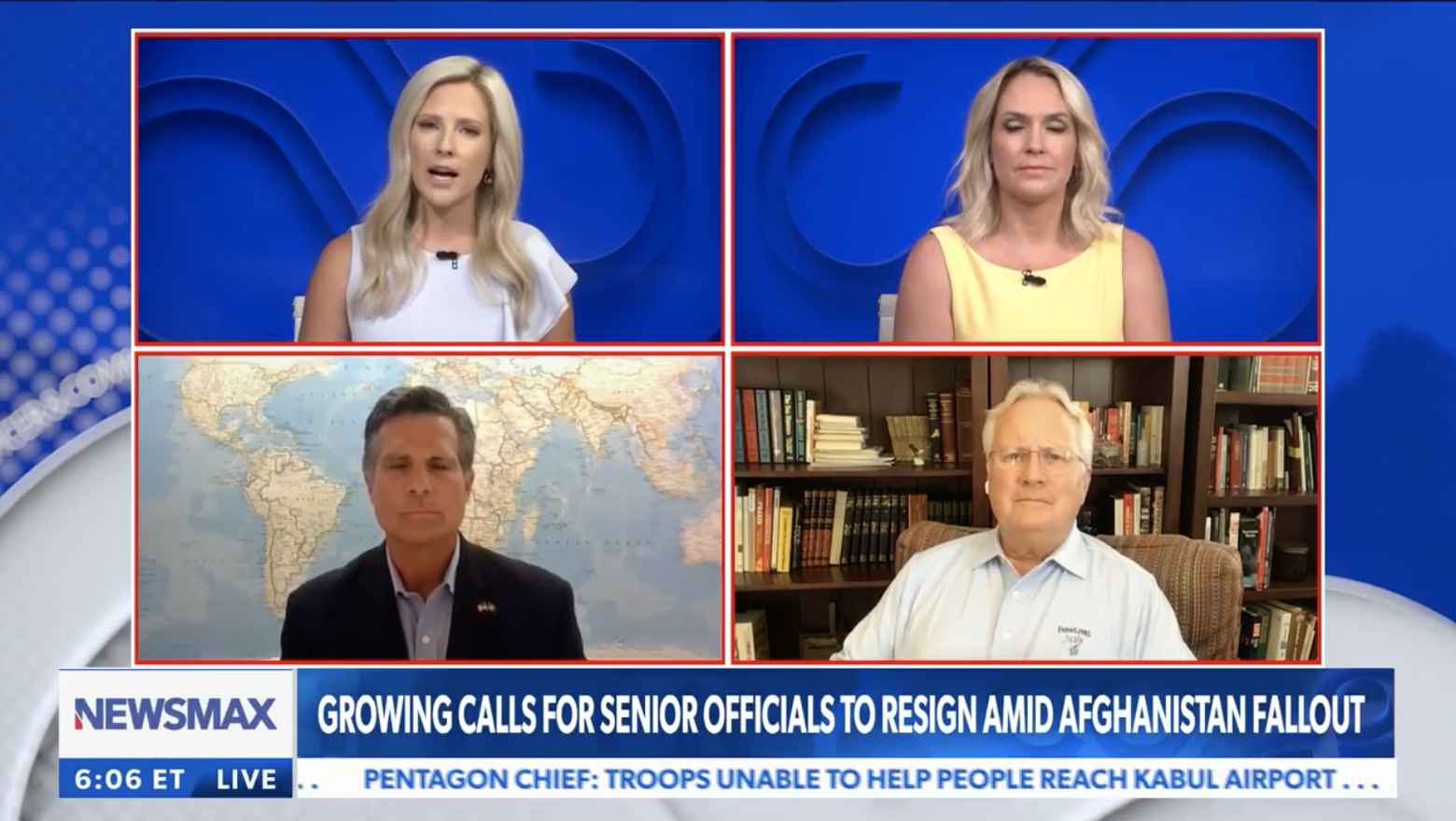 Ignorant, wasteful planning leads to terrible outcomes. The Biden Administration needs to make policy decisions in America's best interest, not what's politically expedient. Unfortunately, we are learning that their plan may not have been as uninformed as first reported. U.S. diplomats at the embassy in Kabul warned in a classified memo to Secretary of State Antony Blinken and the department's leadership last month that the Afghan government was at risk of collapse as the Taliban offensive swept across the country. So, the Biden administration knew this disaster was likely not only possible but also likely, and they still went ahead with the withdrawal. This is an unmitigated disaster. Click here to watch my interview on Newsmax's "National Report" to discuss the need to hold these individuals accountable. We need to lead with strength. Our allies are showing strength…the Biden administration is leading with fear and weakness. 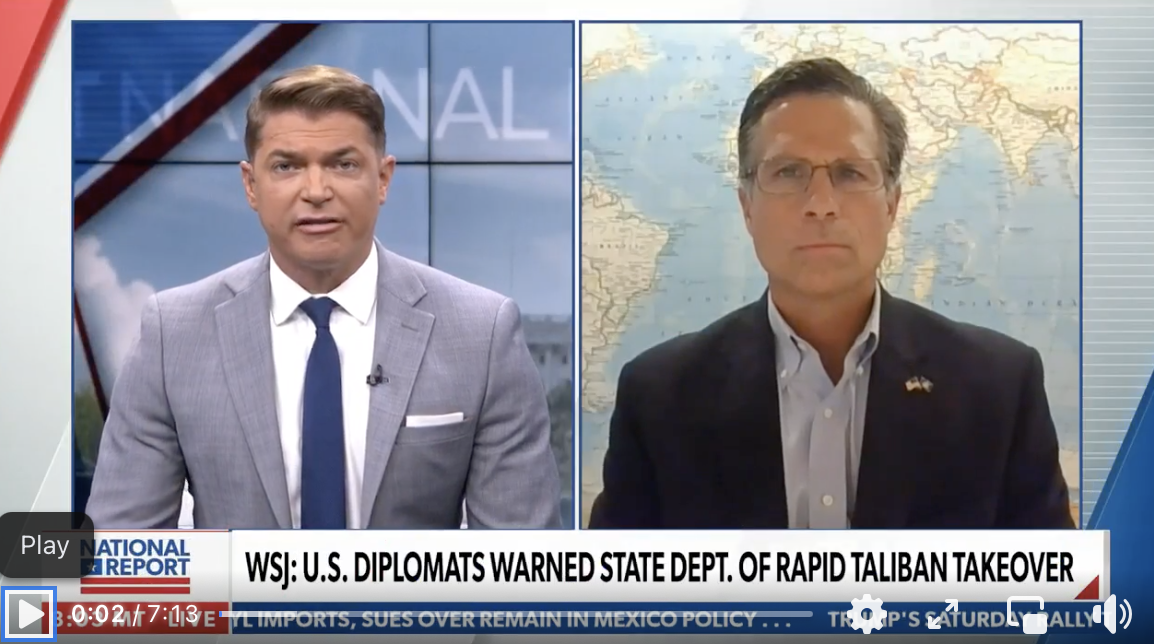 Another issue I am concerned about is the large cache of American weapons and equipment that the Taliban has taken complete control of, including 600,000 weapons, 75,000 vehicles, 200 aircraft. We have left over 150 Blackhawk helicopters behind, worth $1 billion. That is more Blackhawk helicopters than 166 of the 195 nations on Earth, to put that in perspective. This is what Speaker Nancy Pelosi referred to when she said, "some stuff is left there." 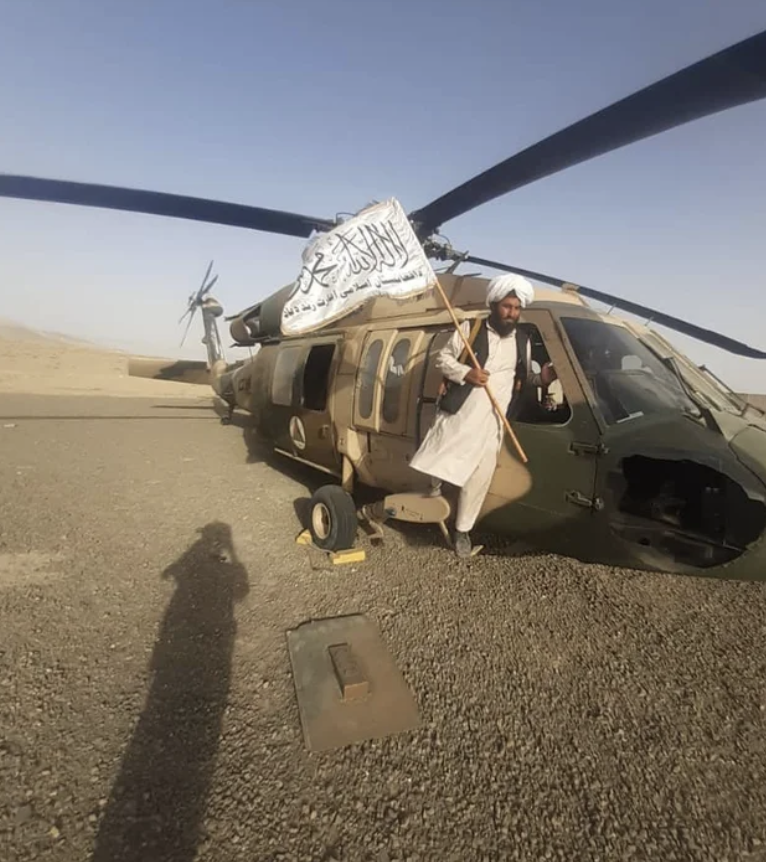 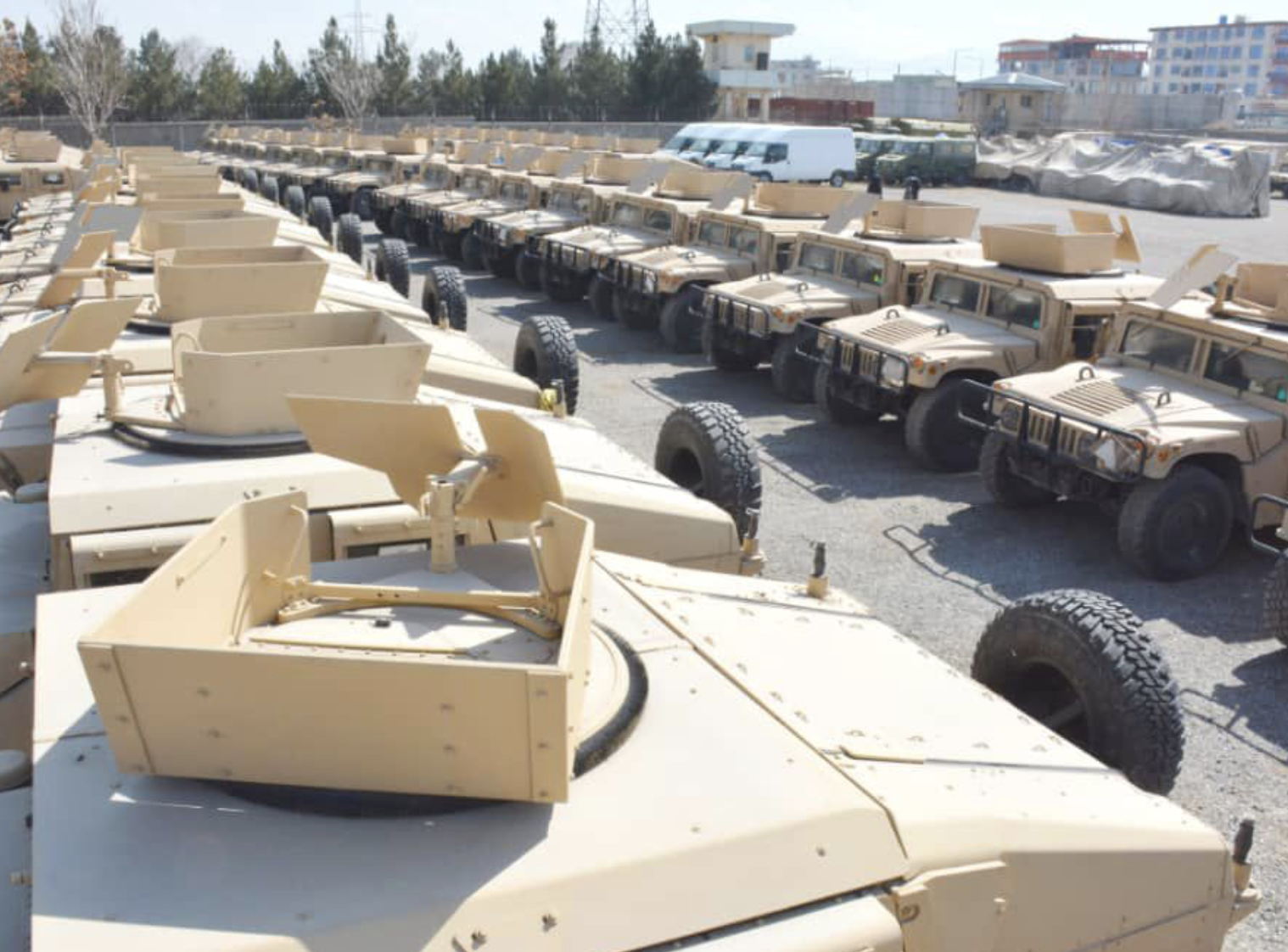 That is not just some stuff. That is arming a terrorist regime at the American taxpayers' expense. Click here to watch an interview on Newsmax's "Wake Up America," where I touched on this topic. 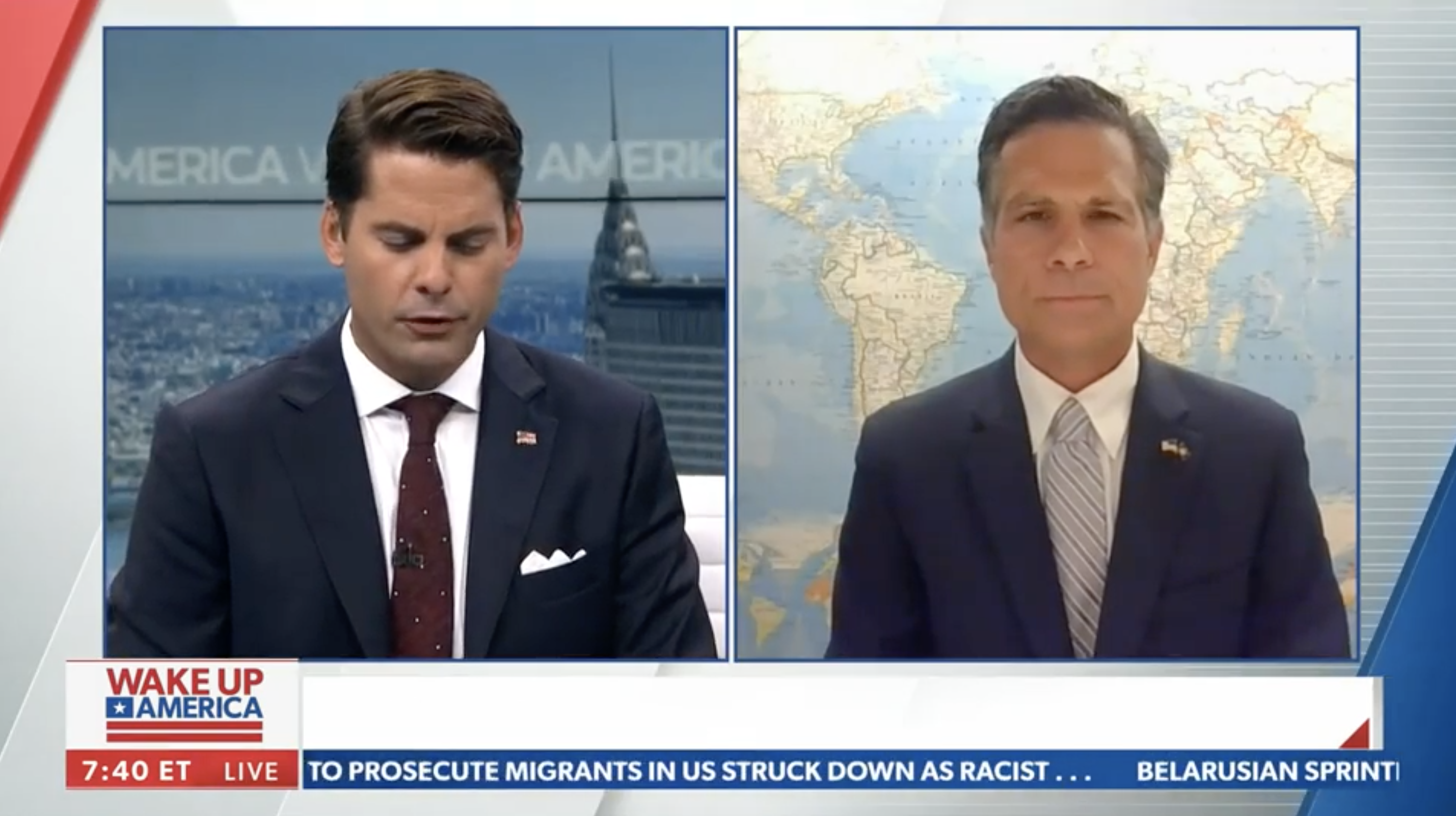 The Biden administration has misled and outright lied to the American people regarding this situation. Here are a few examples of the Biden-Bunk...

All this and much worse because the Biden administration desperately wanted their version of a “Hero moment “ on September 11. They wanted to announce to the world that they ended the war, even though the best case for withdrawal would have been a high fatality civil war. The Biden administration was willing to let this all unravel for a "Hero moment" in an attempt to distract us from all their other terrible policies.

I will have the opportunity to ask Secretary of State Tony Blinken questions next week at the Foreign Affairs Committee hearing. Potential questions I’m thinking about already include:

Feel free to provide me any questions you would like asked, and I’ll try to get answers. To date, the cooperation from the Biden administration has been terrible. But you can count on me in continuing to fight with you for the truth, getting Americans and our allies out of Afghanistan, and pushing the Biden administration to put conditions on the Taliban. They must be held to account if they should perform evil and terrorist acts as they’ve done in the past.

As an aside, I just watched the Biden press conference... the man is delusional, as is apparently his whole team.

How refreshing would it be to actually see truthful statements... stated with strength and honor, rather than weakness and immorality .. May God help them.

IN NEWS YOU WON'T HEAR IN THE MAINSTREAM MEDIA: The mainstream media, the Biden administration, and the liberal left don't want to discuss the dangerous connection between our open border and the dangerous situation in Afghanistan.

Biden has Opened our Southern Border:

In July, America saw the highest level of illegal border crossings in 21 years.

By the numbers: 212,672 migrants were taken into U.S. custody in July. Of those, 82,966 were family members, 18,962 were unaccompanied teenagers and children, and the rest were single adults.

Biden's withdrawal blunder has allowed for the Taliban to take over Afghanistan. With the Taliban's close ties to Al Qaeda, concerns exist that they can now have a location to rebuild, recruit, and resume their terrorist activity.

With our nation's southern border being a mess, concerns exist that it remains a vulnerable location for terrorists to enter our country. In addition, the Taliban has already emptied all of the inmates, including some of Al Qaeda's top operatives, from prisons in Afghanistan.

Earlier this year, two Yemenis on the terror watchlist attempted to cross the border from Mexico into the U.S.

What's worse, the Biden administration is seeking agents on the U.S.-Mexico border to help with the Afghan exodus. So, we are taking overworked border patrol agents from one disaster Biden created and asking them to move to another disaster created by Biden. At the same time, we make the border even less secure. 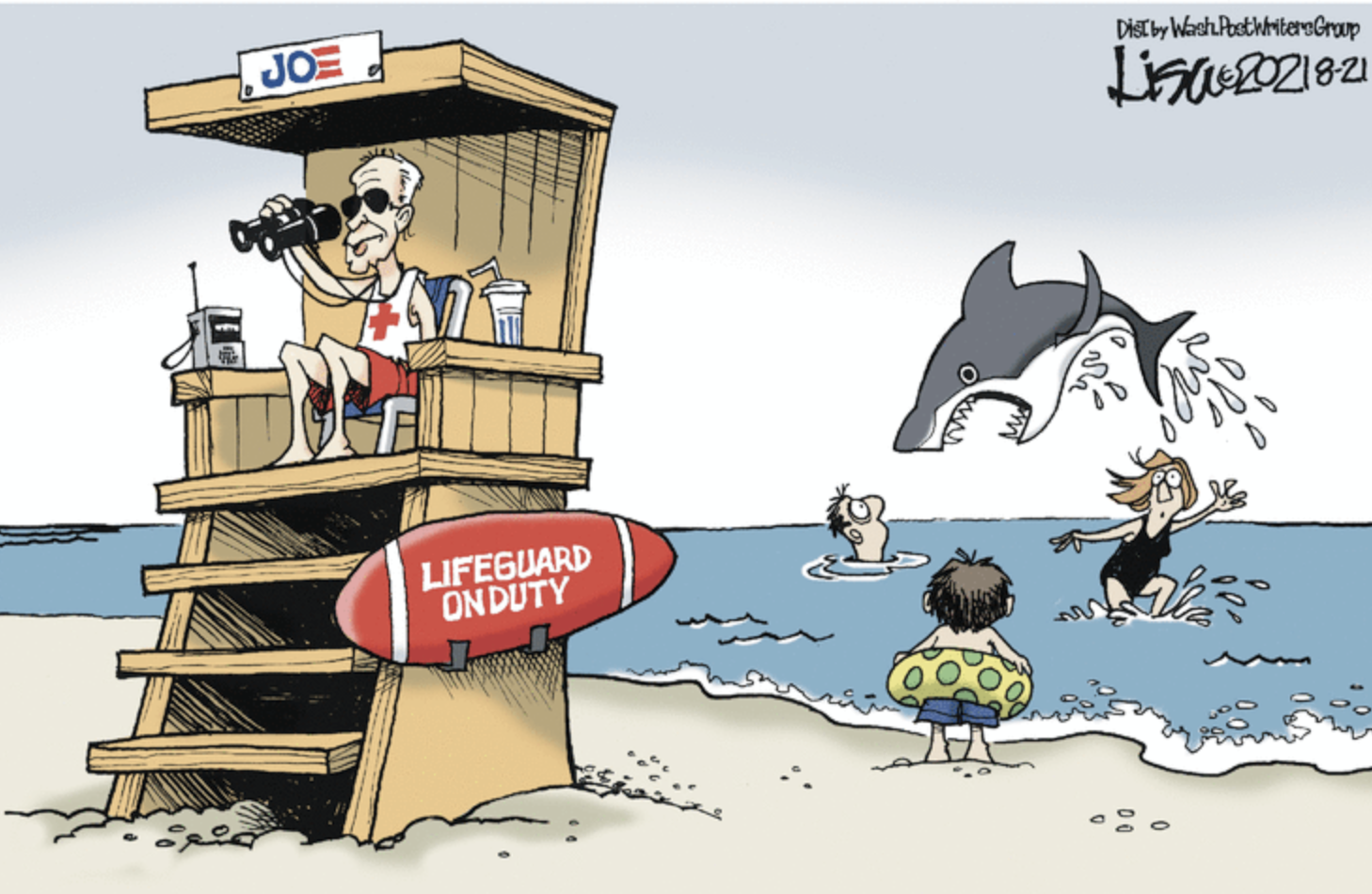 This week, I traveled around the District, meeting with many of our great neighbors.

We visited with Solomon Fisher, a tobacco and dairy farmer in Myerstown, Lebanon County. He supplies Lancaster Leaf with tobacco. We were joined by John Chism, the President of Lancaster Leaf, and Ben Green, the manager of domestic agronomy services. Also present was Alexandra Wich from ITG brands. We got to take a tour of the Fisher farm, see his processes, and learn more about their industry. In addition, we talked about the farming processes and where their product goes after it's harvested.

I stopped by Sernak farms in Weatherly, Carbon County, to help them celebrate their 100th anniversary. This is a fourth-generation family farm, and I wish them another hundred years of excellence as they continue to provide homegrown, high-quality products to our community. (Pictured below with the Sernak family and Tim Koch of Koch's Lawn and Garden) 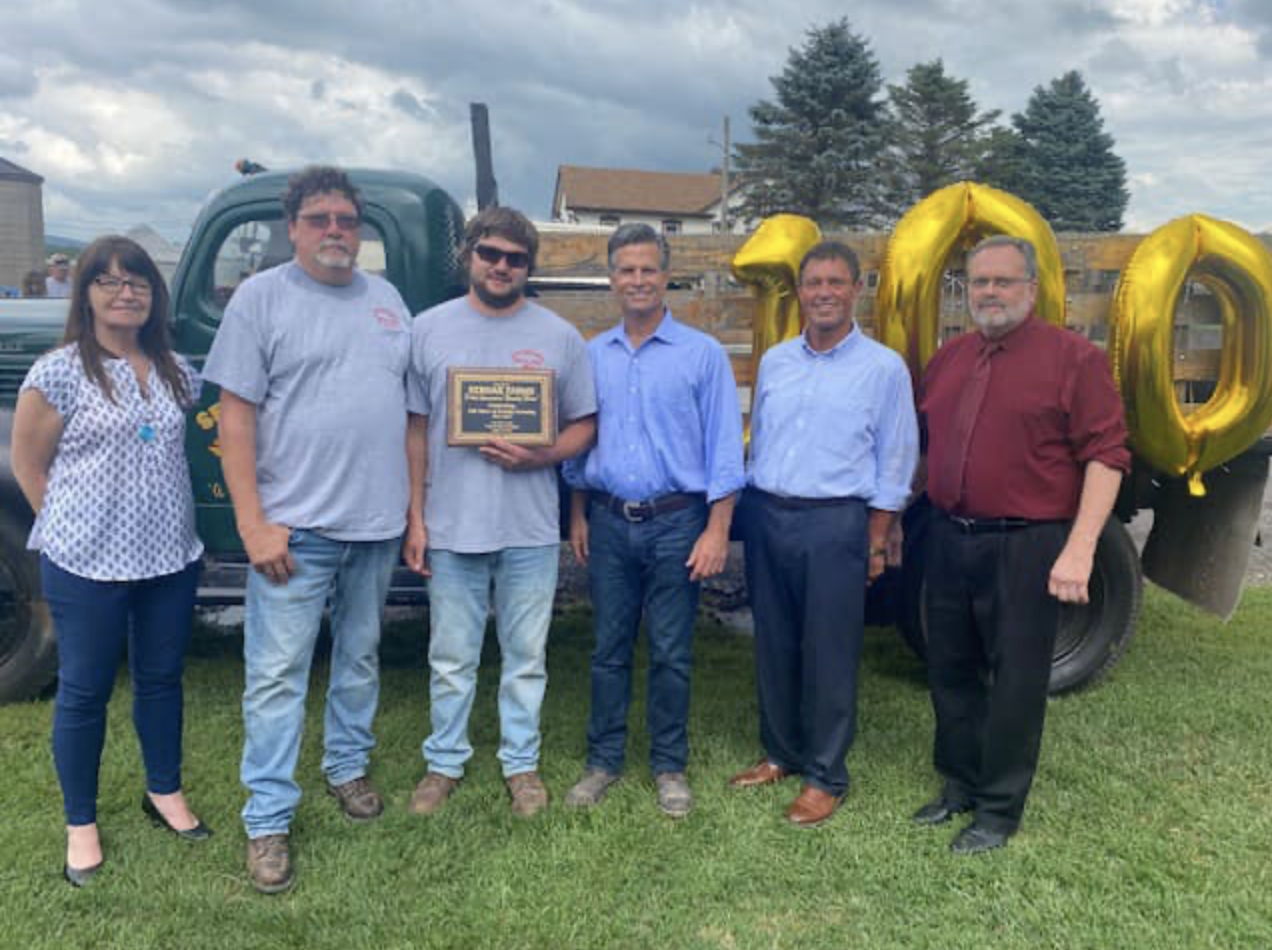 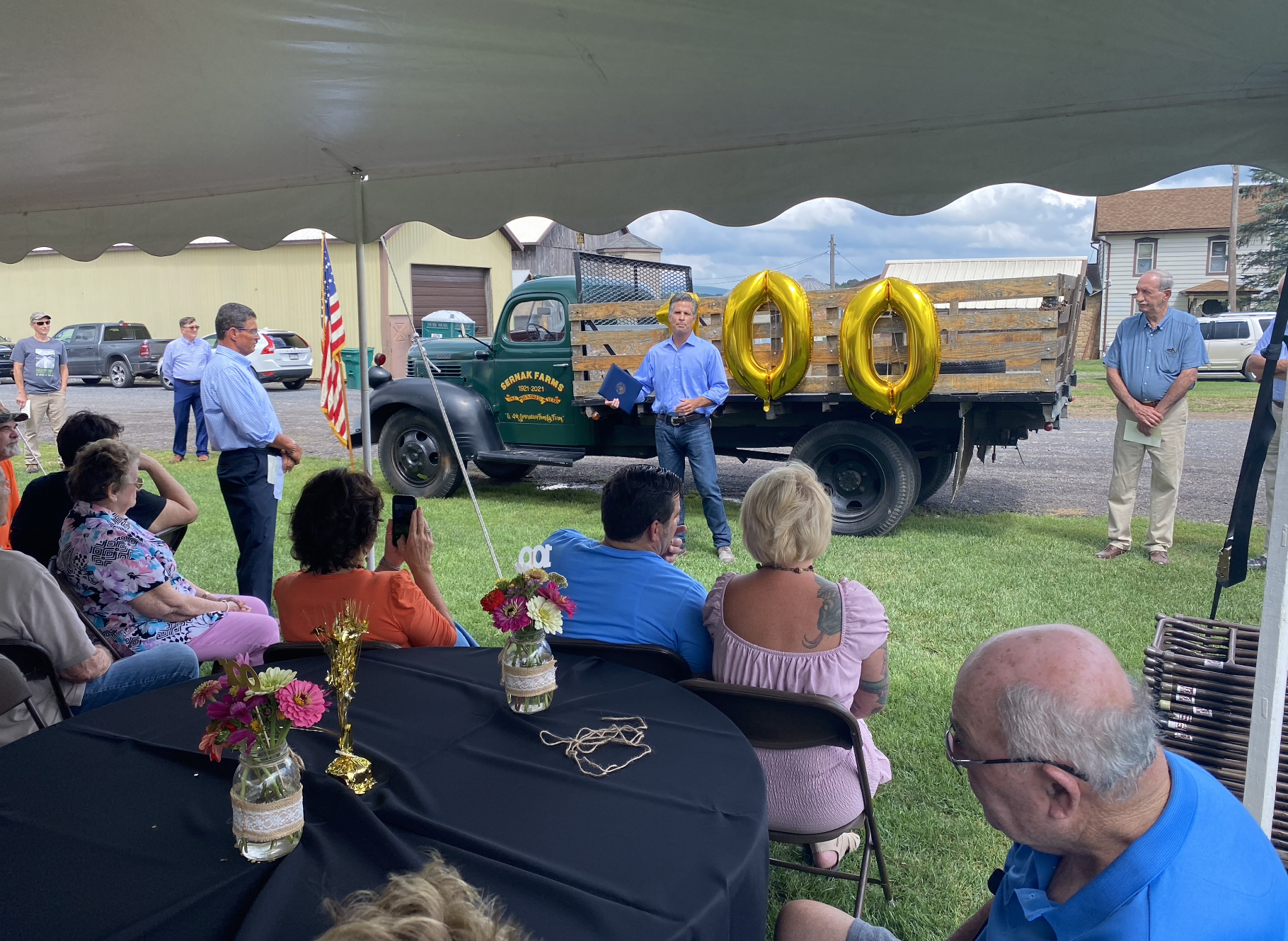 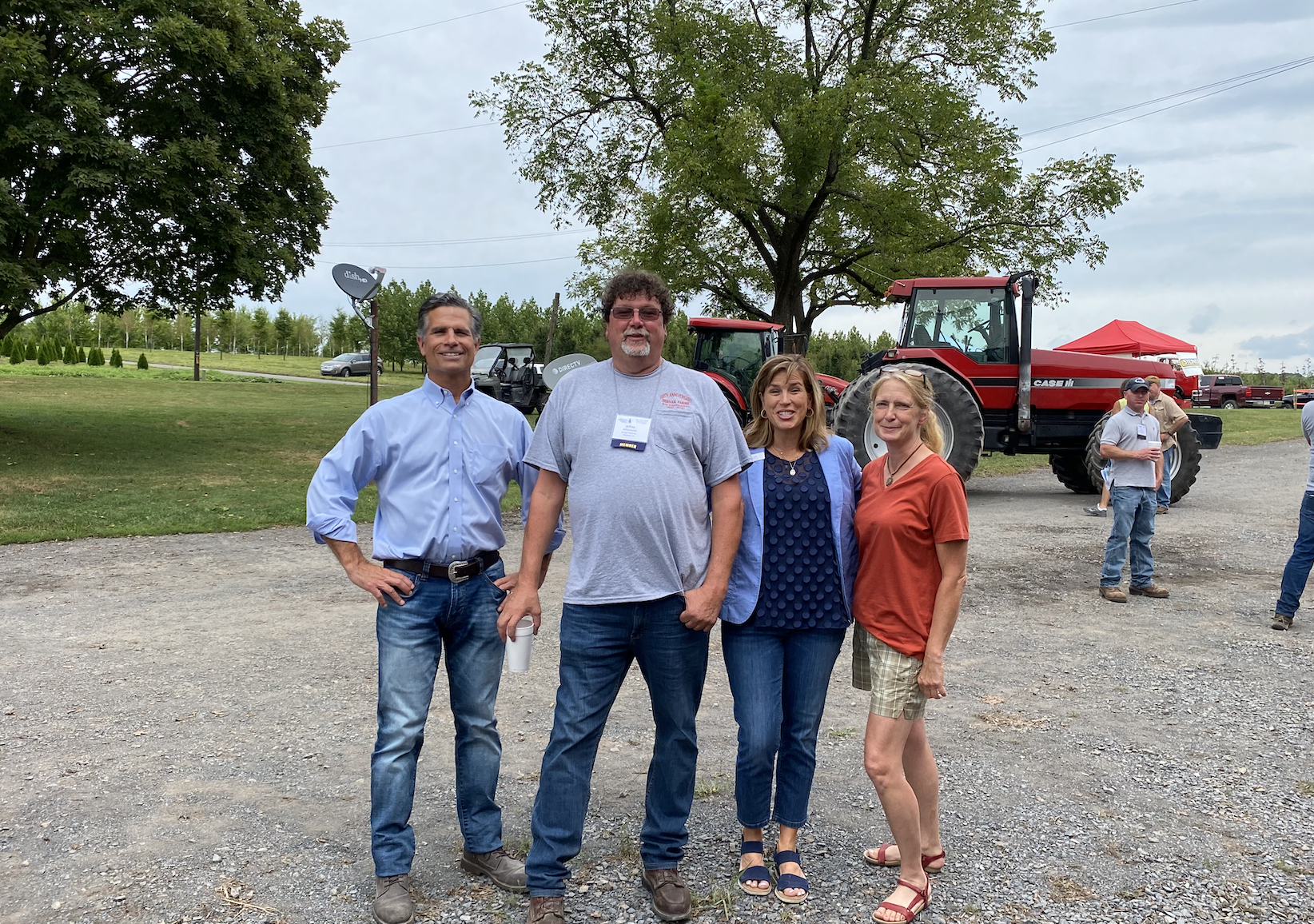 On Friday, I stopped by Hunlock Creek for their Food Truck Friday. (Pictured with Brian O'Keefe) 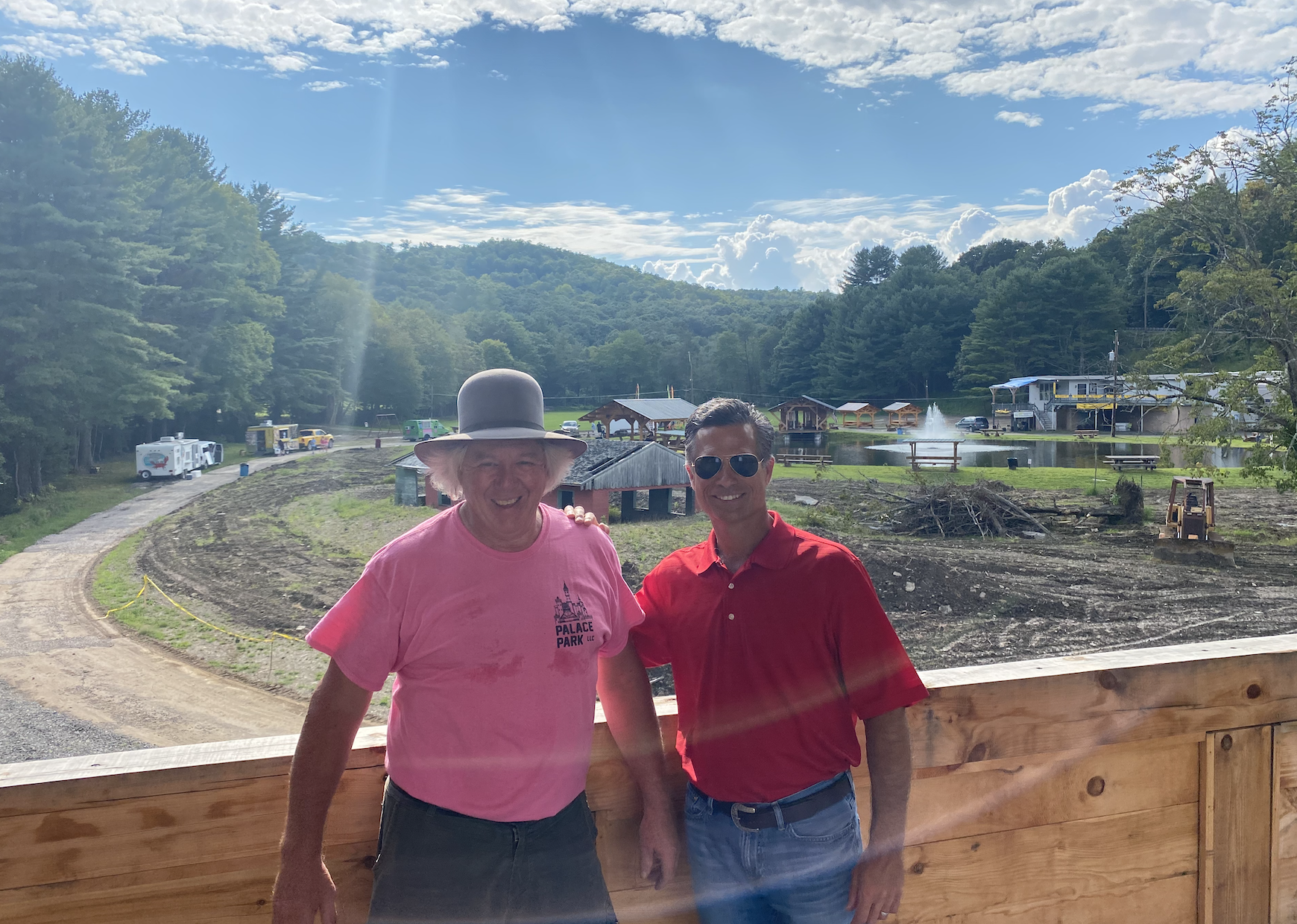 I attended the Lackawanna GOP Picnic. Great event hosted by their Chair Lance Stange, state committee members, and their entire team. They did a great job—a very enthusiastic patriotic crowd.

I love traveling around the 9th District. It was a pleasure to meet with so many great Americans and see the great things happening here.

It also is frustrating. Why? Because I see that our Commonwealth has so much unrealized potential. Our Commonwealth, and particularly the 9th District, has so many advantages. Great workforce. Abundant natural resources. Accessible to the majority of the population of North America. Unfortunately, big-government policies, high taxes, over-regulation and an administration in Harrisburg who views private sector business as the enemy are holding us back. At the national level, we are learning an important lesson of what it means to have someone in a position of power who does not have clear plans and cannot execute. Pennsylvania is similar. We need a governor who is willing to lay out a bold agenda, the plans to achieve them and has the ability to deliver. That is why I remain interested in a potential gubernatorial campaign, and I appreciate the encouragement so many of you have provided.