This week we traveled all over the District. We had an incredibly busy week, just the way our team likes it. Speaking with constituents, they are clearly unhappy with the Biden administration, Biden Democrats and the newly passed Recession Extension Act.

Unfortunately, the “Inflation Reduction Act” is like an onion… the more you peal it back, the more you want to cry. The legislation includes tax increases, a massive expansion of IRS agents, and will do nothing to reduce inflation. No Democrat can say with a straight face that this bill will reduce inflation. Inflation is the most regressive tax in U.S. history. 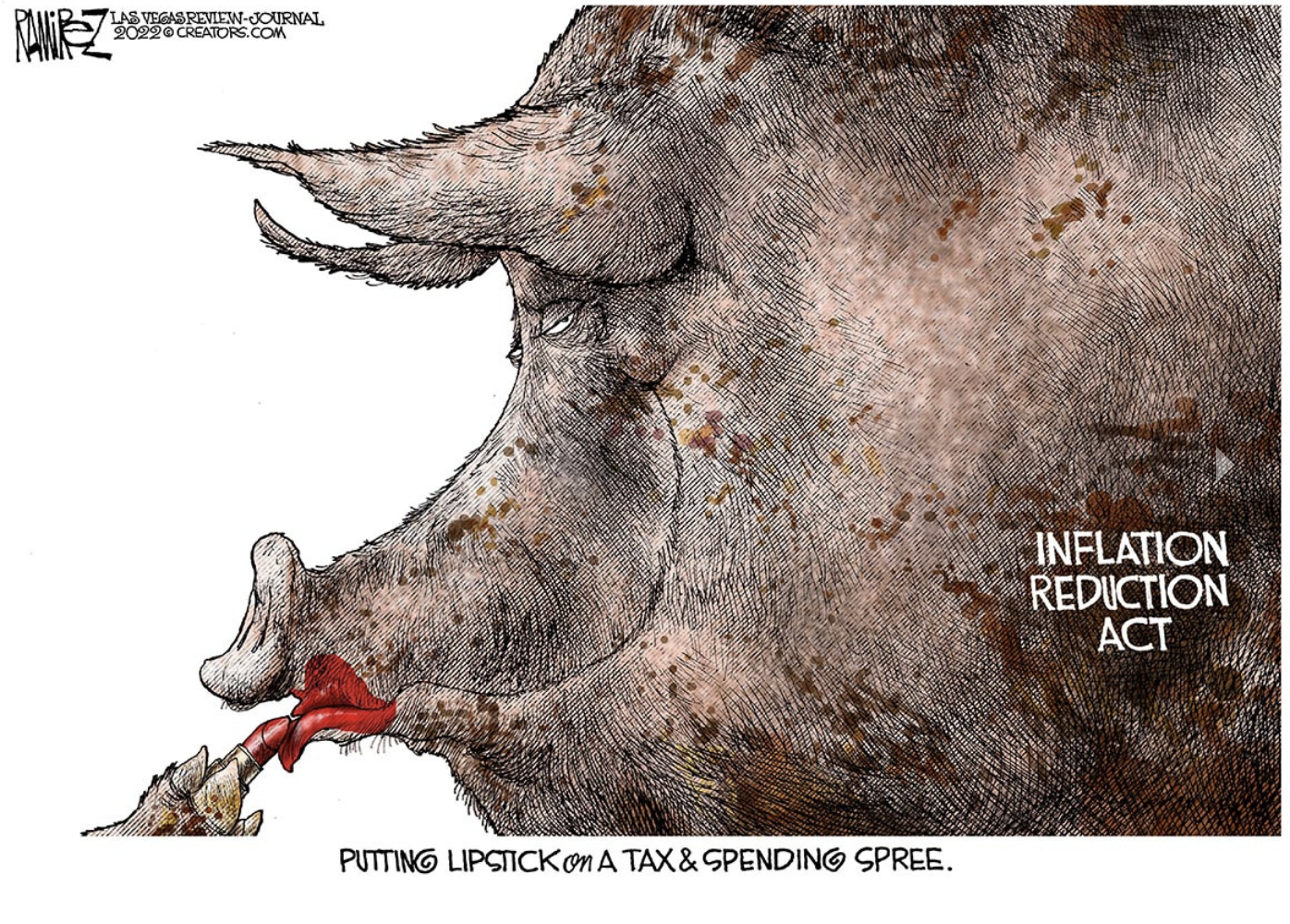 On Friday, I joined Fox Business ‘The Evening Edit’ with Marco Trend Advisors founding partner Mitch Roschelle to discuss inflation and the Biden Democrats' misguided policy agenda. Click here or below to watch my interview. 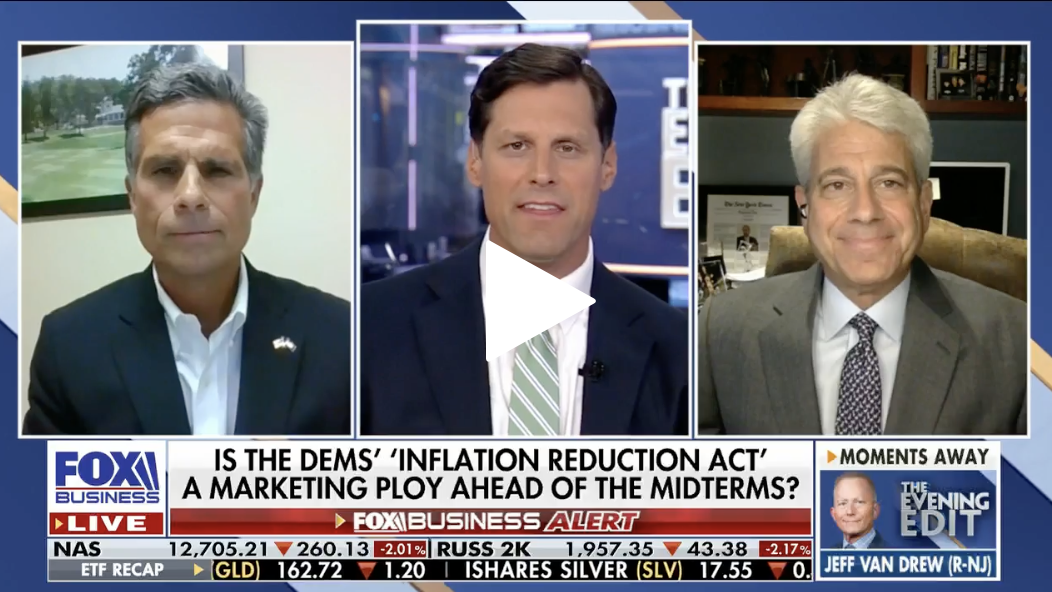 On Saturday, I joined Newsmax to discuss China and their agent's aggressive pursuit and purchase of property in the United States. According to the Department of Agriculture, China owns over 191,000 acres of U.S. lands, and the Chinese company Fufeng Group recently acquired 300 acres in North Dakota for $2.6 million. Most concerning is that some of this land is located very close to U.S. military installations. Protections are in place to scrutinize purchases by foreign countries, particularly those with ties to terrorism. However, the Biden administration has refused to stop these types of land purchases over the objections of several local leaders. We need to review and reform oversight over these purchases. We need to put America First... and we will when Republicans are back in charge of the U.S. House. Click here or below to watch my interview. 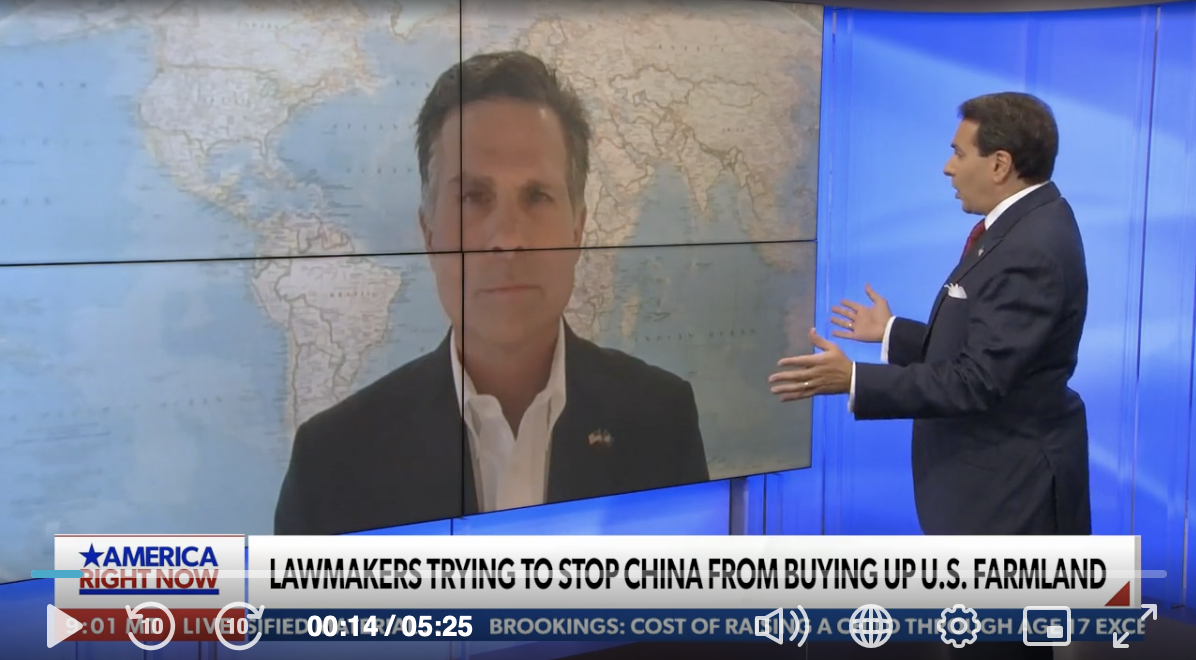 Additionally, I joined WKOK’s On the Mark program to discuss the DOJ, the FBI raid and the Biden Democrats’ Recession Extension Act. Click here to listen.

AROUND THE DISTRICT: Representing the 9th District is a great honor. As a product of redistricting, the 9th has grown to include Lycoming County and Williamsport. This week, the eyes of the world will be focused on Williamsport and the Little League World Series. Little league baseball is a treasure, and the next few weeks will be the culmination of excellent seasons for 20 teams from here and across the globe. We are blessed to live near this great event, and I would encourage you to attend a game. Admission is free, and Pennsylvania has a team in the tournament from Hollidaysburg, Blair County.

On Monday, I attended the Little League Grand Slam parade, where we were joined by many great people. We are so thankful to our host, Ed Metzger, who allowed us to set-up at his home right in the heart of the city. 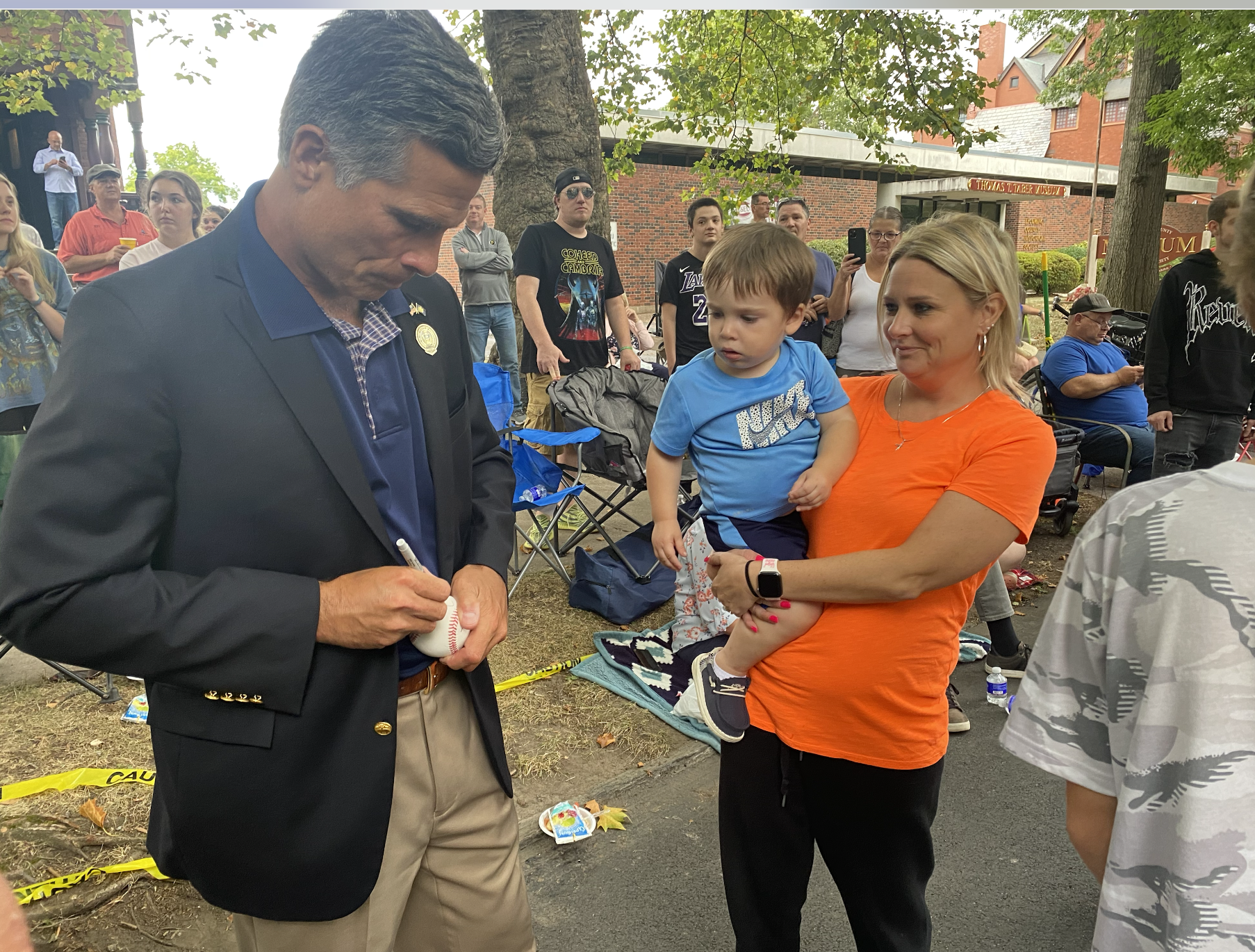 We started our morning in Bloomsburg on Tuesday at the EOS therapeutic riding center with the Columbia County Farm Bureau. We were joined by State Rep. Dave Millard and County Commissioner Dave Kovach. The Farm Bureau invited us in not only to see the therapeutic riding center but also to have a policy discussion about the farm bureau’s legislative priorities. EOS was an amazing place doing so much good for so many and the owner and founder, Deb Smith, and their staff are incredibly dedicated. Very grateful for the invite to visit. 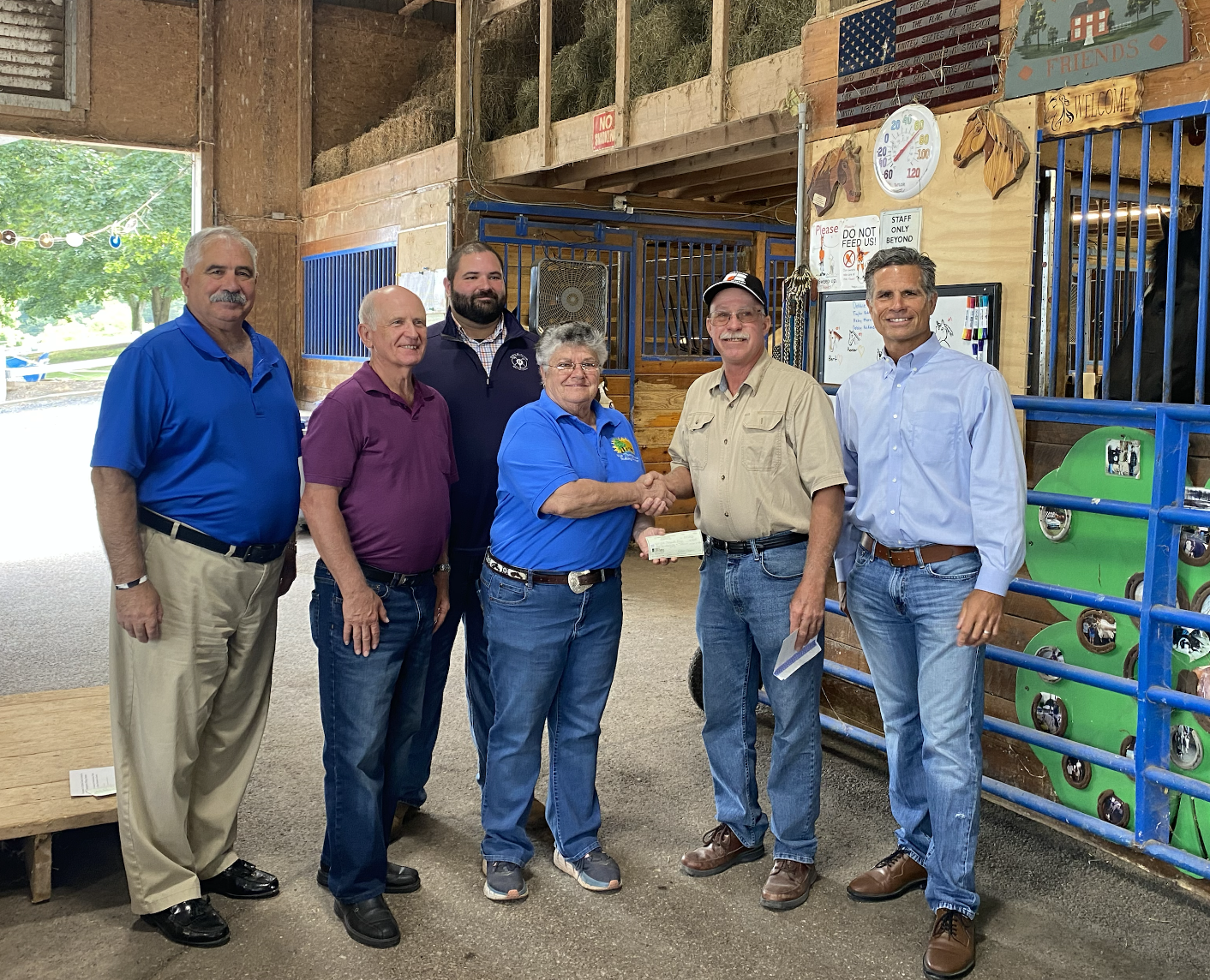 In related news, I am pleased to share that I received a Friend of the Farm Bureau Award for the 117th Congress from the American Farm Bureau Federation. Farmers are a vital part of our economy, and I will continue to support policies that benefit our agricultural communities and the millions of people they feed.

Later, we headed to Berks County to join our friends with the GOP for a reception. I was fortunate to be their special guest for their Lincoln Club Reception. 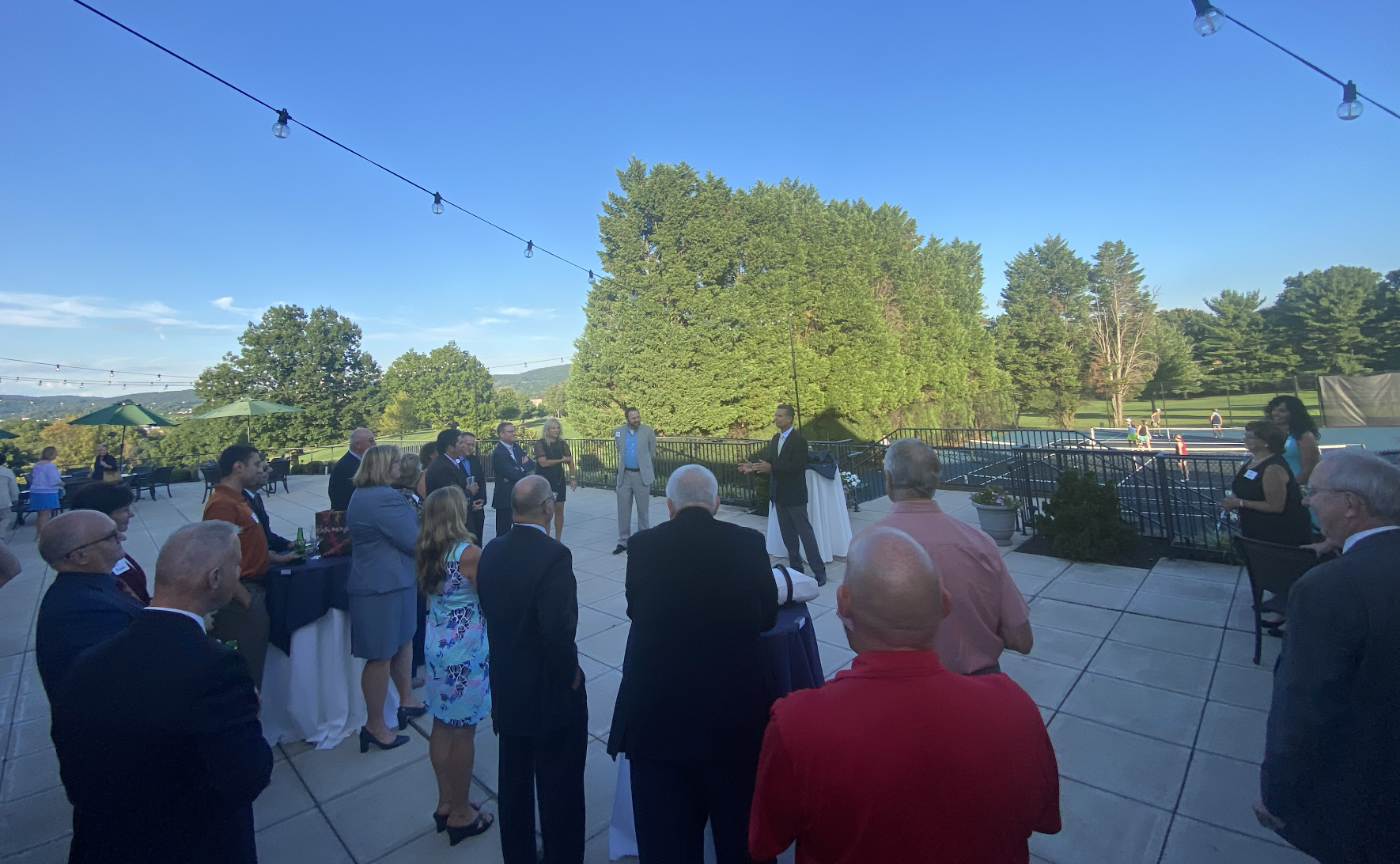 On Wednesday, we headed to the Harford fair in Susquehanna County. We were greeted by our very good friend, Susquehanna County GOP chairwoman Donna Cosmello. Great fair and even better people. We got to see all the great things the iconic Harford Fair offers. 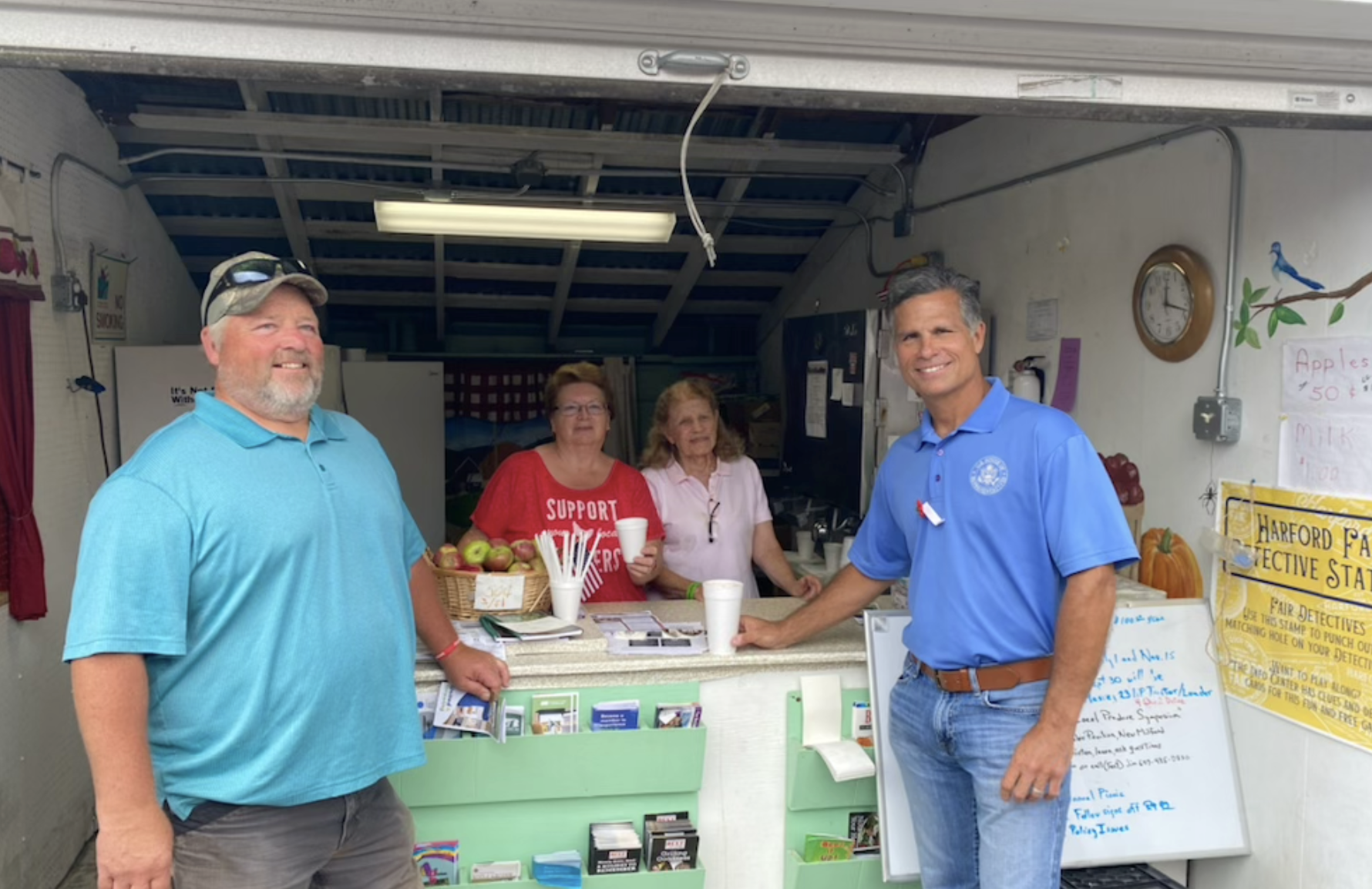 After the fair, we headed to Schuylkill County to join our gubernatorial nominee Doug Mastriano and Senator Dave Argall, where we rallied at Schuylkill Gun Works with a great group of supporters and friends. 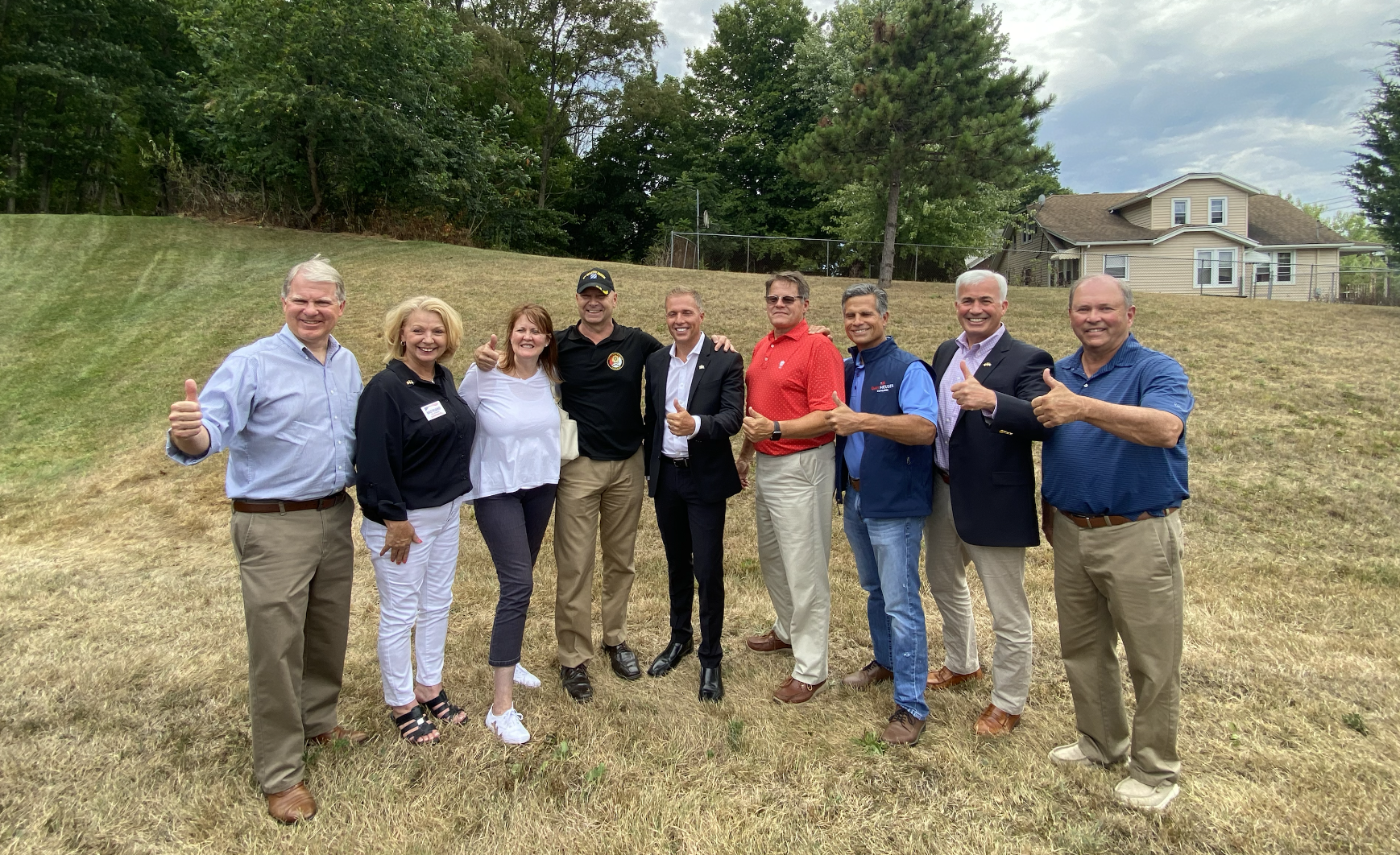 After the rally, we attended a Schuylkill County Chamber of Commerce mixer hosted by Spotts Insurance Group. (Pictured with Jeff Spotts) 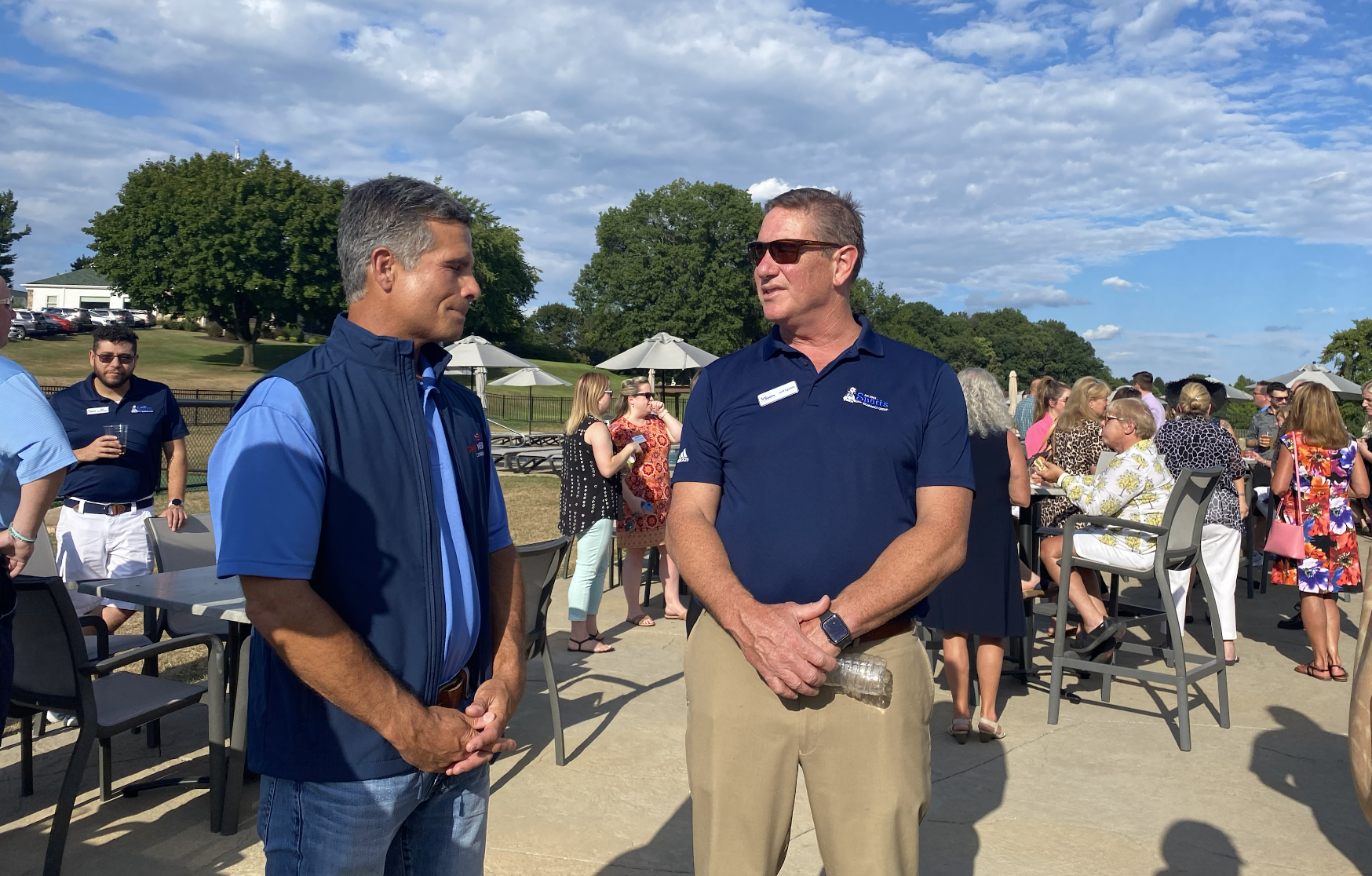 Later, we headed to Carbon County for their great annual GOP picnic, where we joined our friend and congressional candidate, Lisa Scheller. Lisa is running to represent the PA-07 Congressional District, which will pick up Carbon County at the end of the year. We were also joined by State Rep. Doyle Heffley and our good friend Ty Poole. 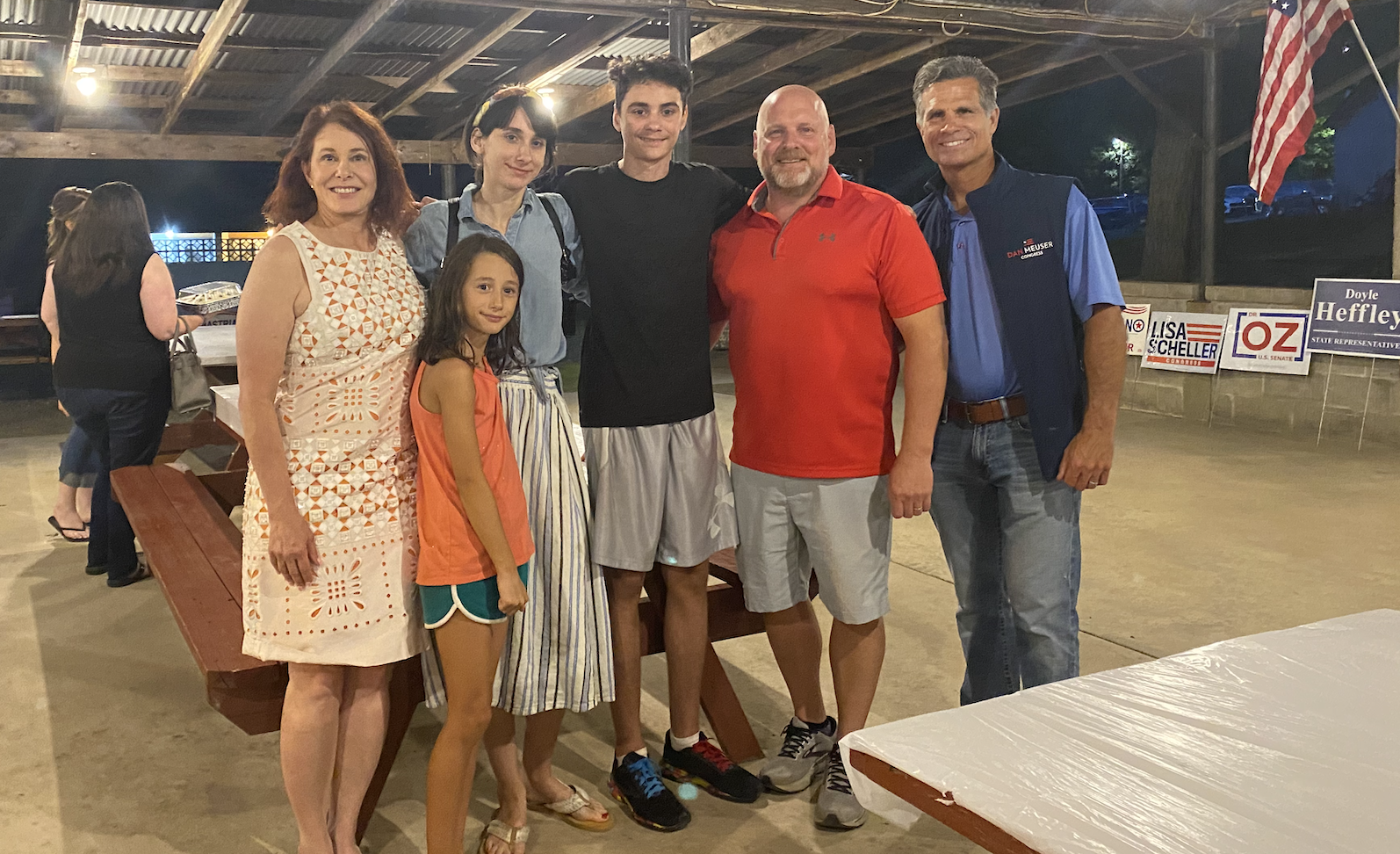 On Thursday, we attended a breakfast where we welcomed Dr. Oz to Luzerne County. It was a great event, and I had the privilege to introduce him to an excited, packed room. 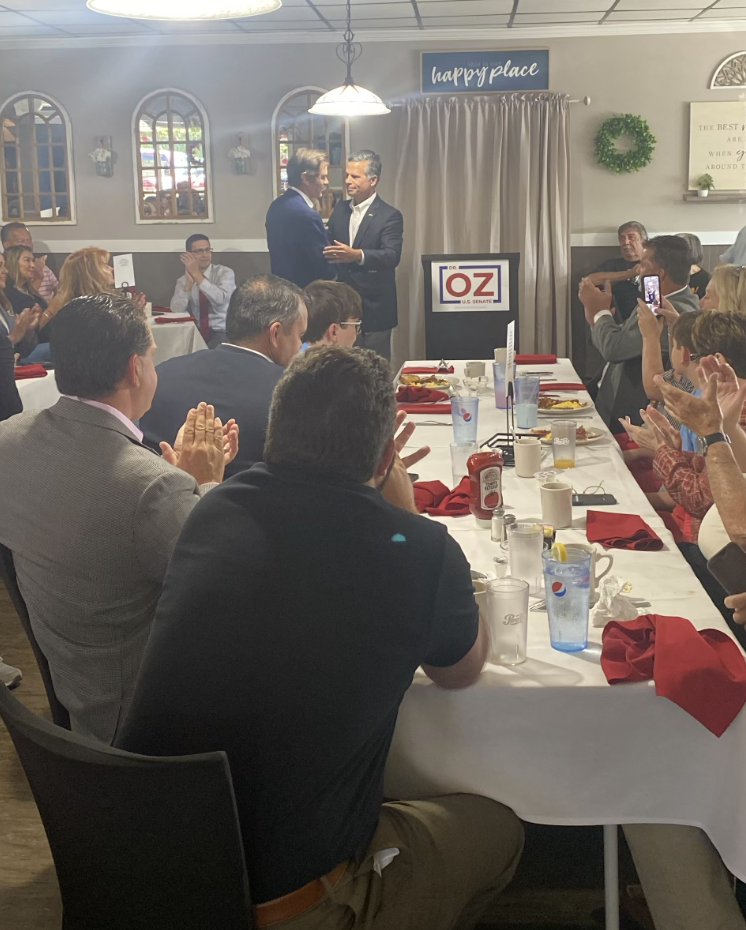 We then headed to a luncheon with some more great supporters of Dr. Oz in Luzerne County, where I again had the opportunity to express to the room how vital it is that we get Dr. Oz elected this November. Again, I can’t overstate the importance of this election. 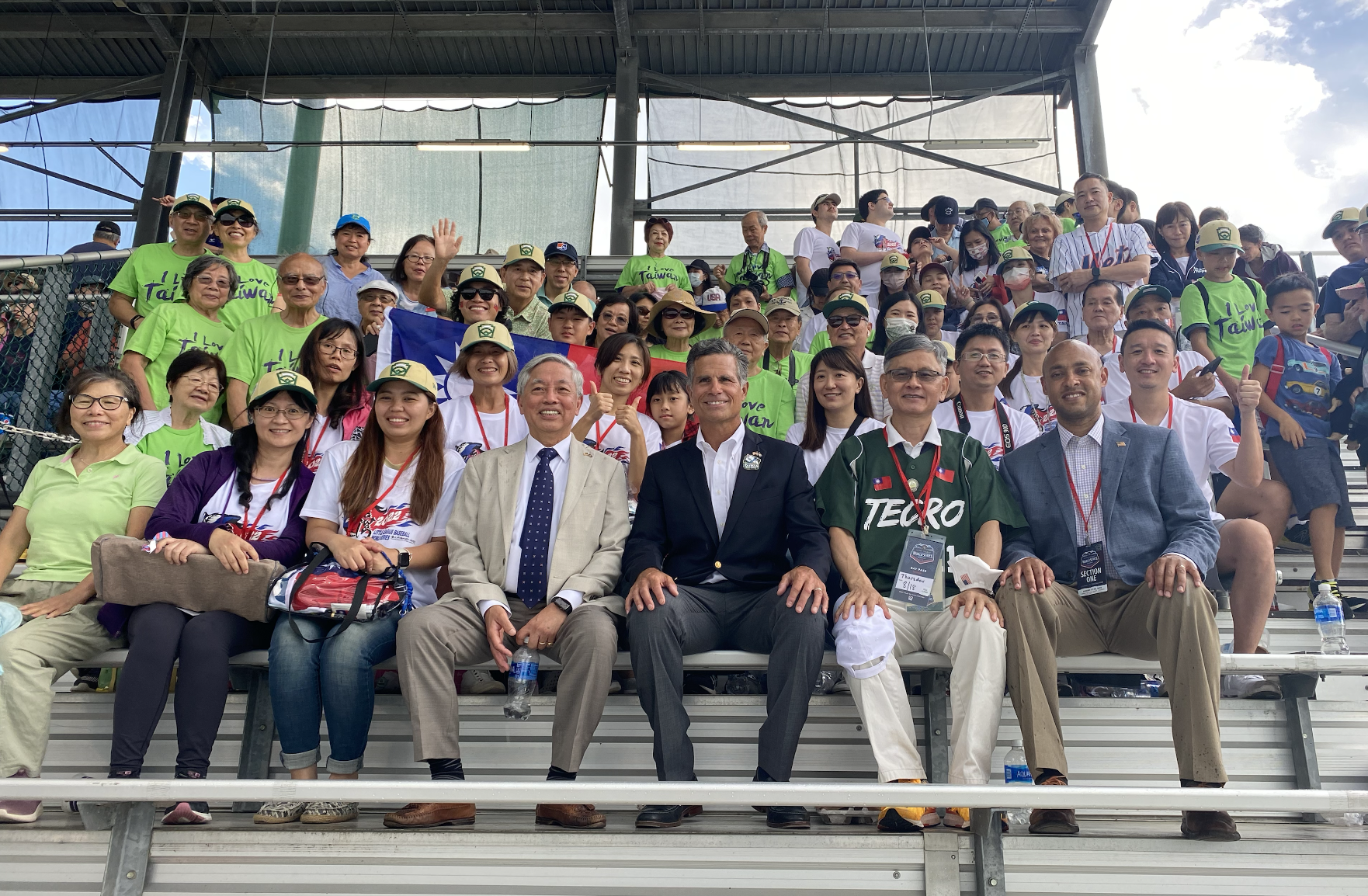 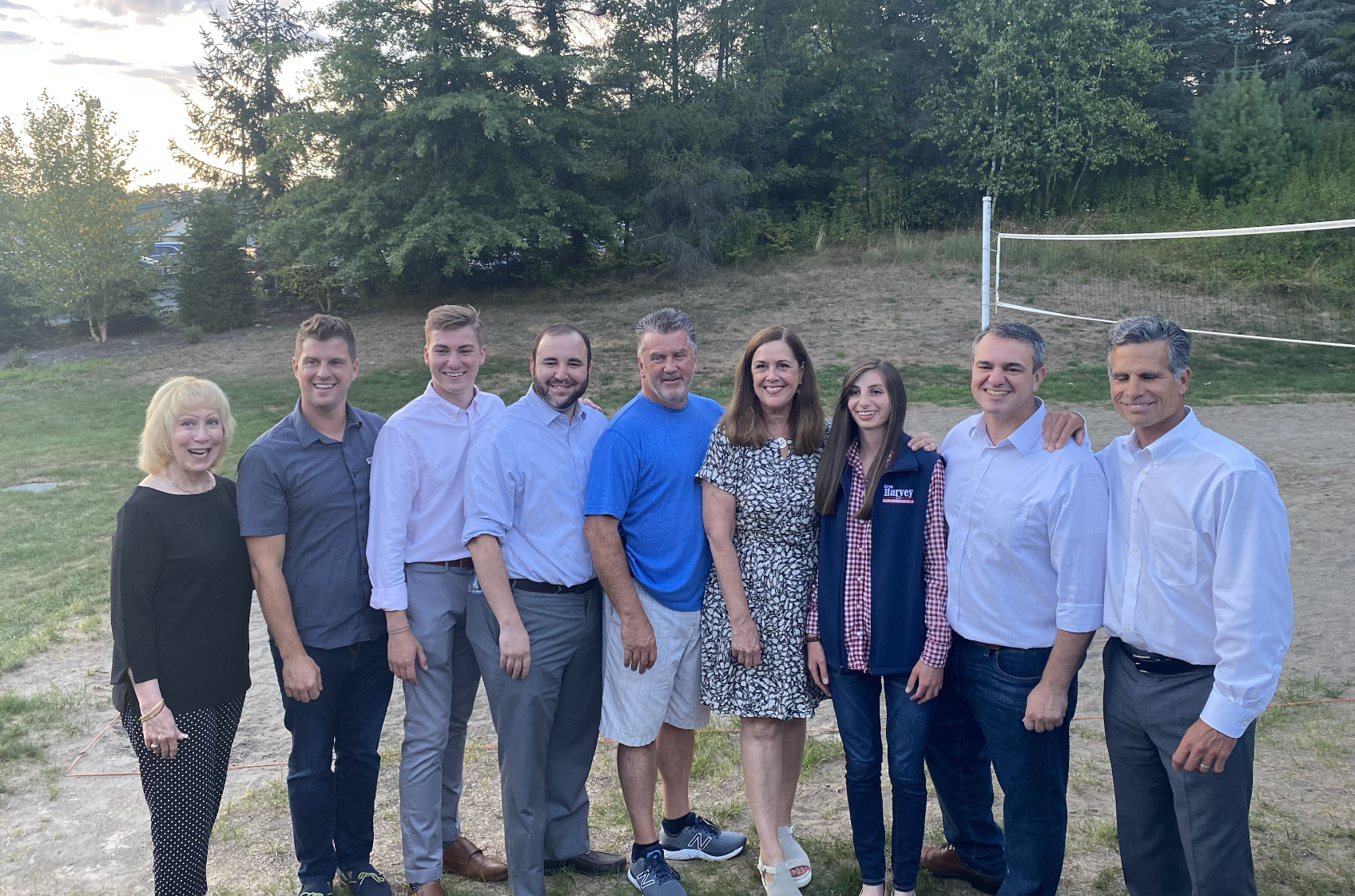 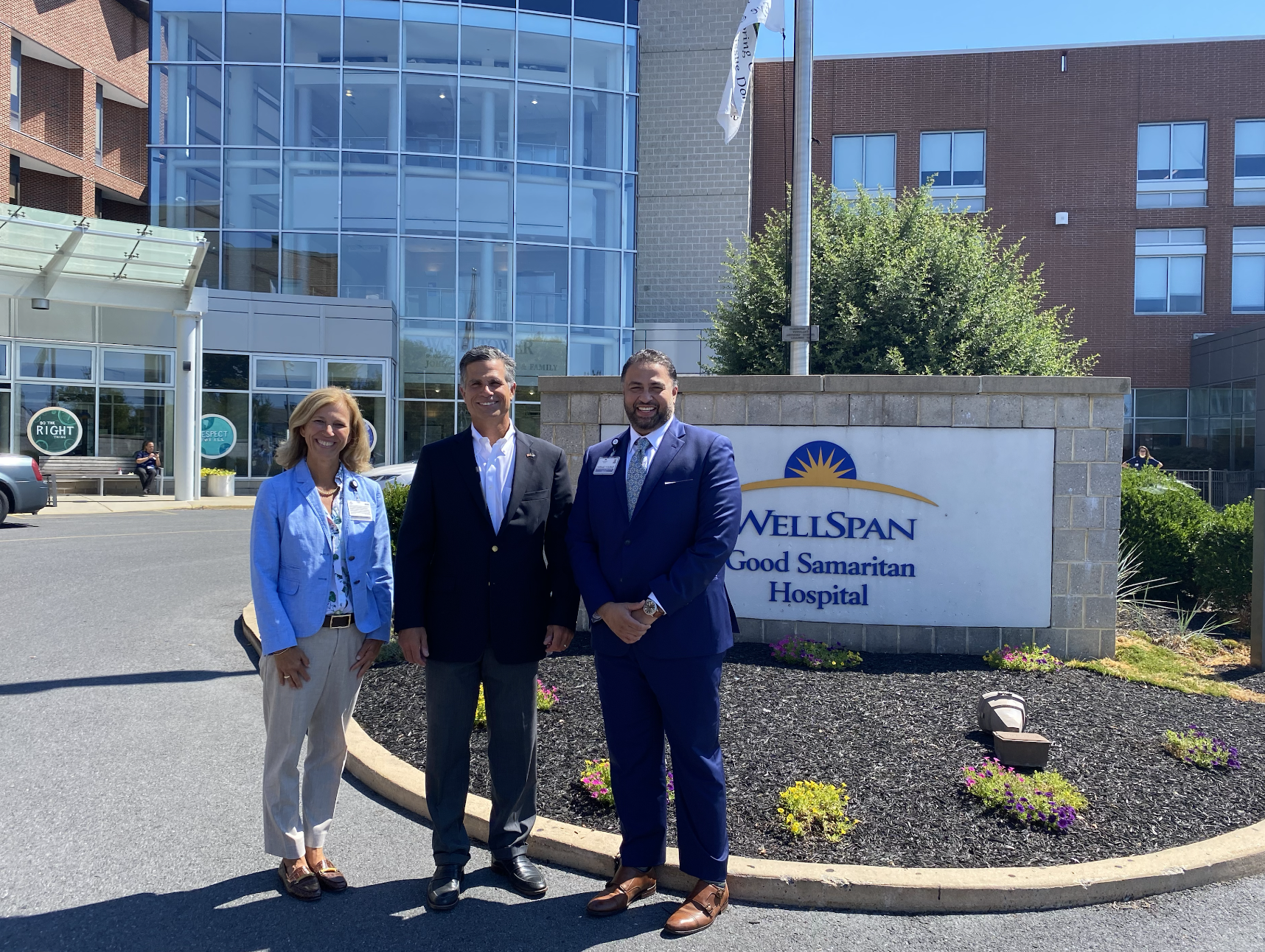 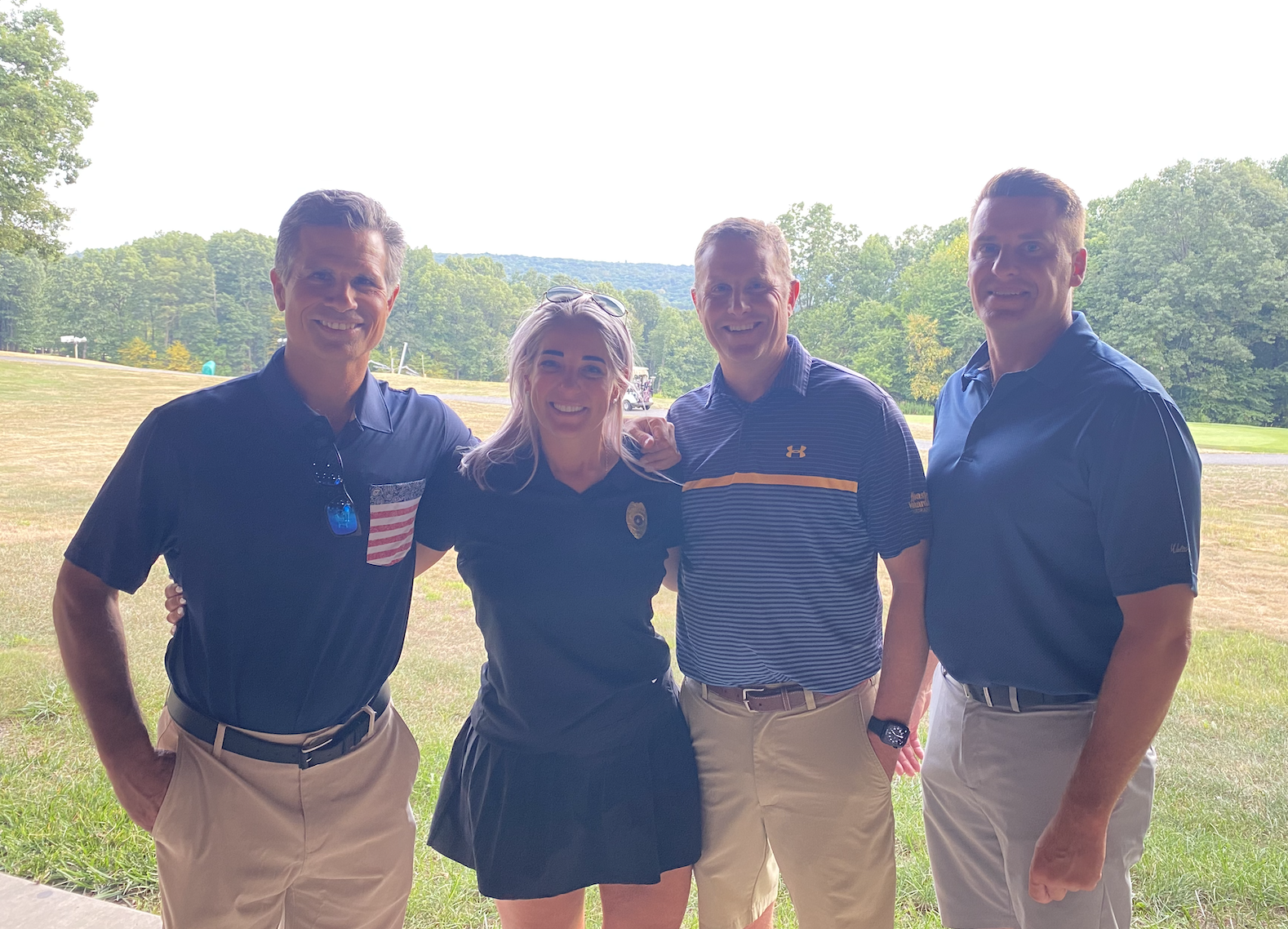 IN NEWS YOU WON’T HEAR IN THE MAINSTREAM MEDIA: The situation at the southern border has NEVER been worse. Yet, the Biden administration, Biden Democrats and the mainstream media are NOT talking about it at all. The media refuses to address the devastation and death at the southern border he created with his open border agenda.

This entire situation is frustrating and preventable, which is why one is forced to question the motives of the Biden administration and Biden Democrats. President Trump, for the first time in modern history, successfully reduced the influx of illegal immigrants into our nation.

Please make no mistake about it… the dramatic increase of illegal immigrants and dangerous drugs entering the nation are 100% Biden’s responsibility… and the Democrat’s silence on this issue is deafening.

Additionally, I must continue to publicly express my dismay and concern with the actions that led to the raid at Mar-a-Lago against President Trump. The decision by leadership, including Attorney General Merrick Garland and FBI Director Christopher Wray, to conduct this raid is deeply concerning. I want to be clear, the overwhelming majority of the men and women who are working every day in the FBI are good, committed law enforcement agents defending our nation. With that being said, the leadership from the top of that organization and the DOJ have made politically calculated moves that deserve to be scrutinized. I am furious about the direction they are headed and believe that strong Congressional oversight is required. With that in mind, I would encourage you to listen to this press conference hosted by House Republicans raising very important issues about this raid. Click here or below to watch. 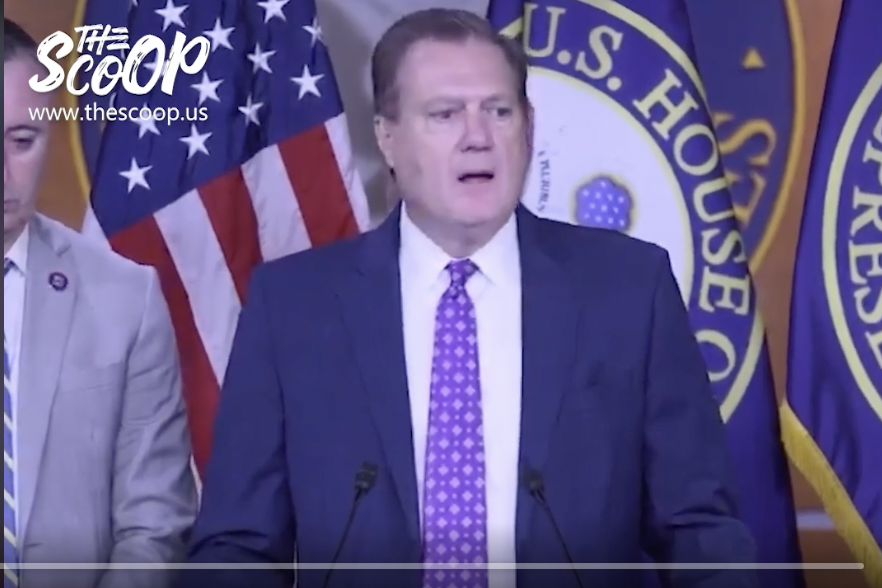 Lastly, Shelley and I want to send our heartfelt prayers to those impacted by the heartbreaking incidents in Berwick and Nescopeck. Our prayers go out to those injured and to the family who lost loved ones. We also want to express our gratitude to the police, first responders and to Geisinger for all they did to assist and save lives. I did meet with the police and fire department leadership as well as the restaurant owners. The trauma, care, and strength of these individuals and the community are on the faces of all. We will continue to support and pray for all the innocent victims and all in the Berwick and Necospeck area. Additionally, our congressional district team and I will continue to provide any support we can to help during this tragic time.