Before I begin, I want to acknowledge the tragic situation that unfolded in Lebanon on Thursday afternoon. Unfortunately, this is the second week in a row that Pennsylvania suffered the loss of brave law enforcement officers. Shelley and I send our deepest sympathy and prayers to the family of fallen Lebanon City Police Lieutenant William Lebo. Lebo was a 40 year veteran of the force and was just one month away from retirement.

Additionally, we send our prayers to the two injured officers, Ryan Adams and Derek Underkoffler, their families, and the entire Lebanon City Police Department. This sad event is a stark reminder of the sacrifices our brave men and women in law enforcement make daily. After another event, I was able to stop in Tilden Twp, where fire trucks displayed the American flag over I-178, and pay respect to Lt. Lebo as his funeral procession made its way from the Lehigh Valley Hospital to Lebanon. It was inspiring to see so many stop to pay their respects and share their gratitude for Lt. Lebo's service. 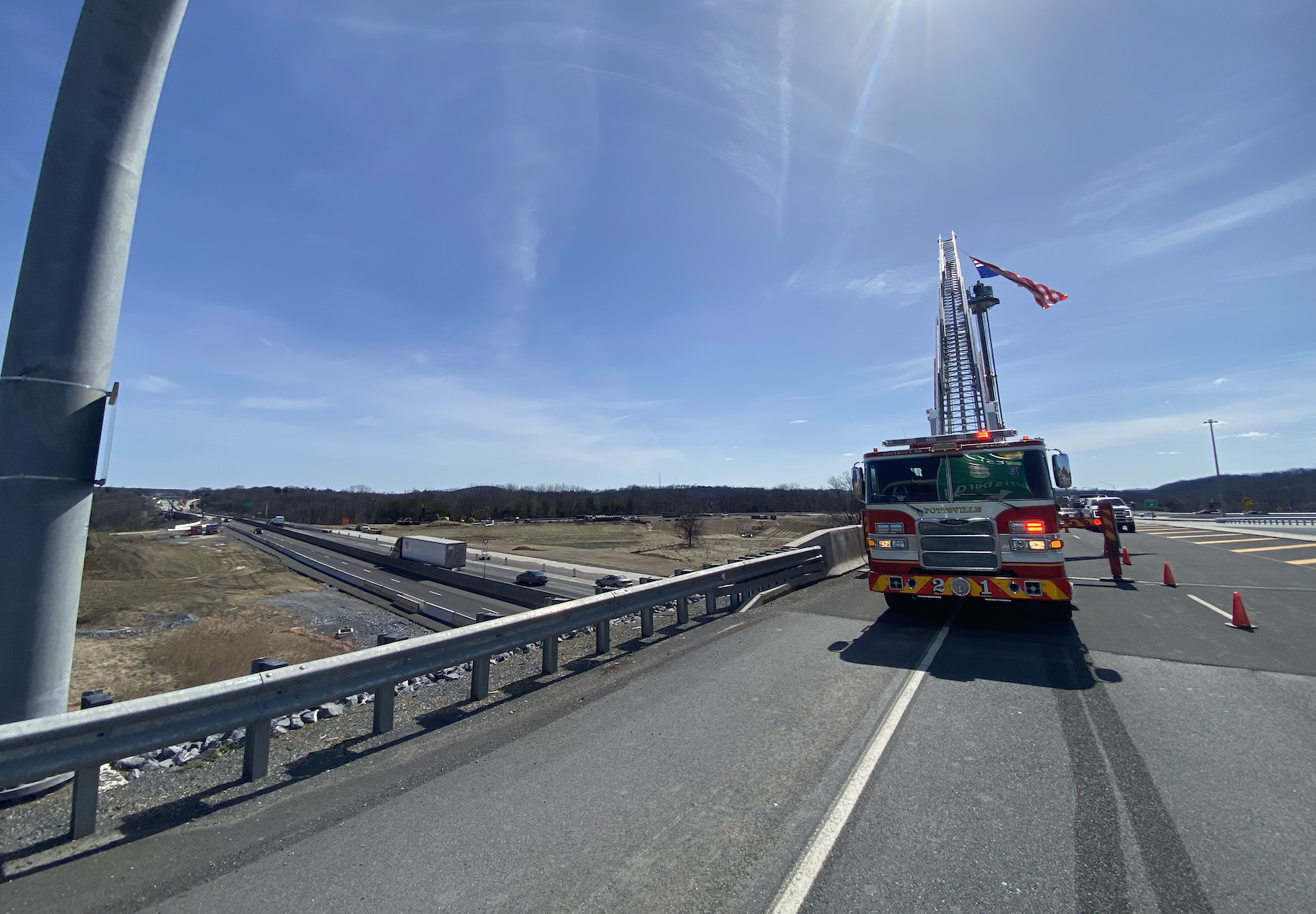 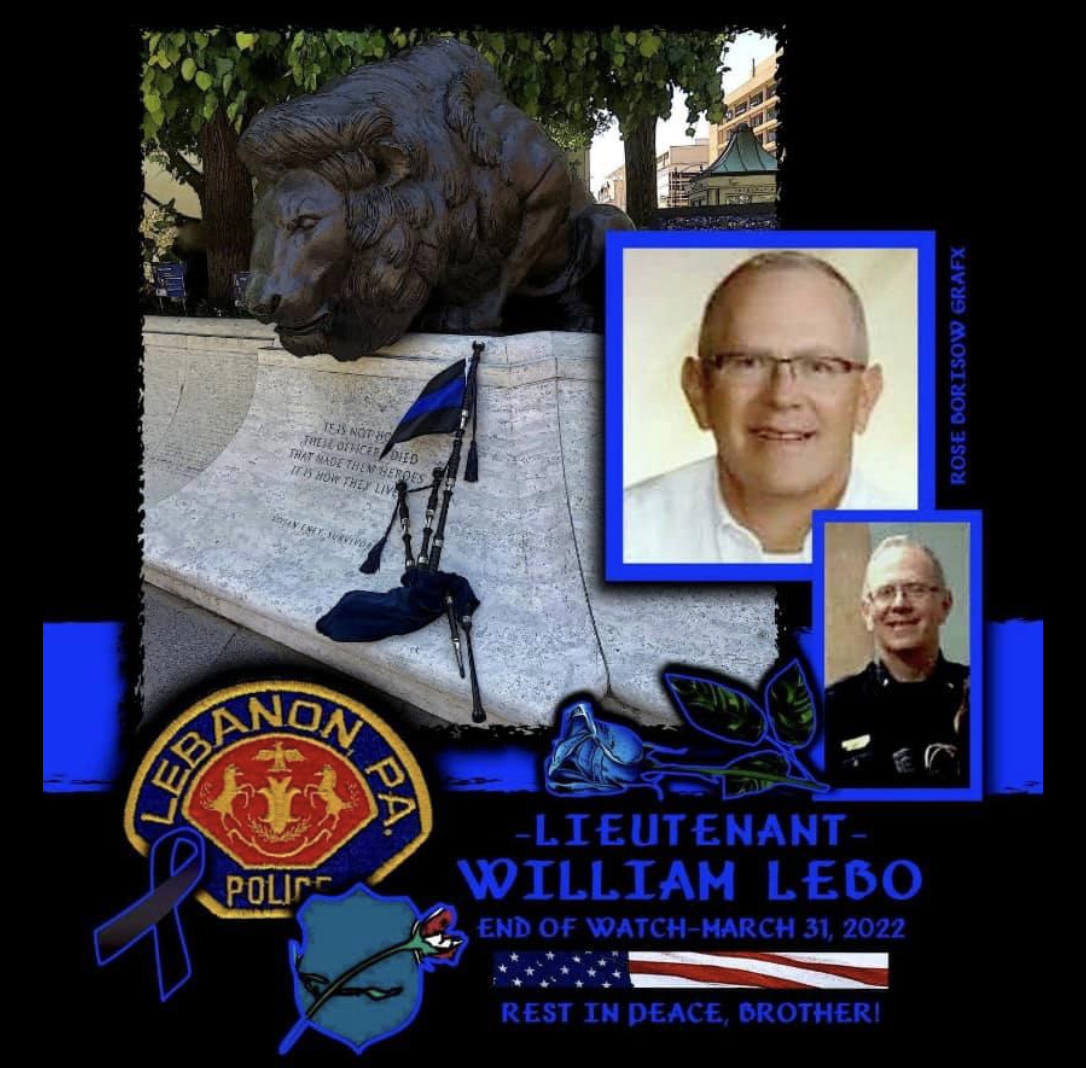 I also want to thank Lebanon County District Attorney Pier Hess Graf, Lebanon Mayor Sherry Capello, and our other dedicated public servants who are supporting our brave men and women in blue. Law enforcement is the thin blue line that protects our communities. Even in the face of losing one of their own, the Lebanon City Police Department and their brothers and sisters in blue are on the job, serving and protecting, no doubt with very heavy hearts. Their shared commitment to their duties deserves our appreciation. On Saturday, I stopped in Lebanon County to meet with our elected officials and offer our support for their efforts. The 9th District is home to some of the greatest Pennsylvanians in the commonwealth, and Lebanon County represents some of our finest.

Unfortunately, another awful situation occurred on Monday, as snow squalls on I-81 caused a major pile-up. Tragically, six individuals lost their lives, and dozens of other injuries occurred, and I again want to send those impacted and their families our heartfelt thoughts and prayers. We also want to thank the brave first responders who negotiated some very difficult conditions to come to the aid of so many in the clean-up effort. 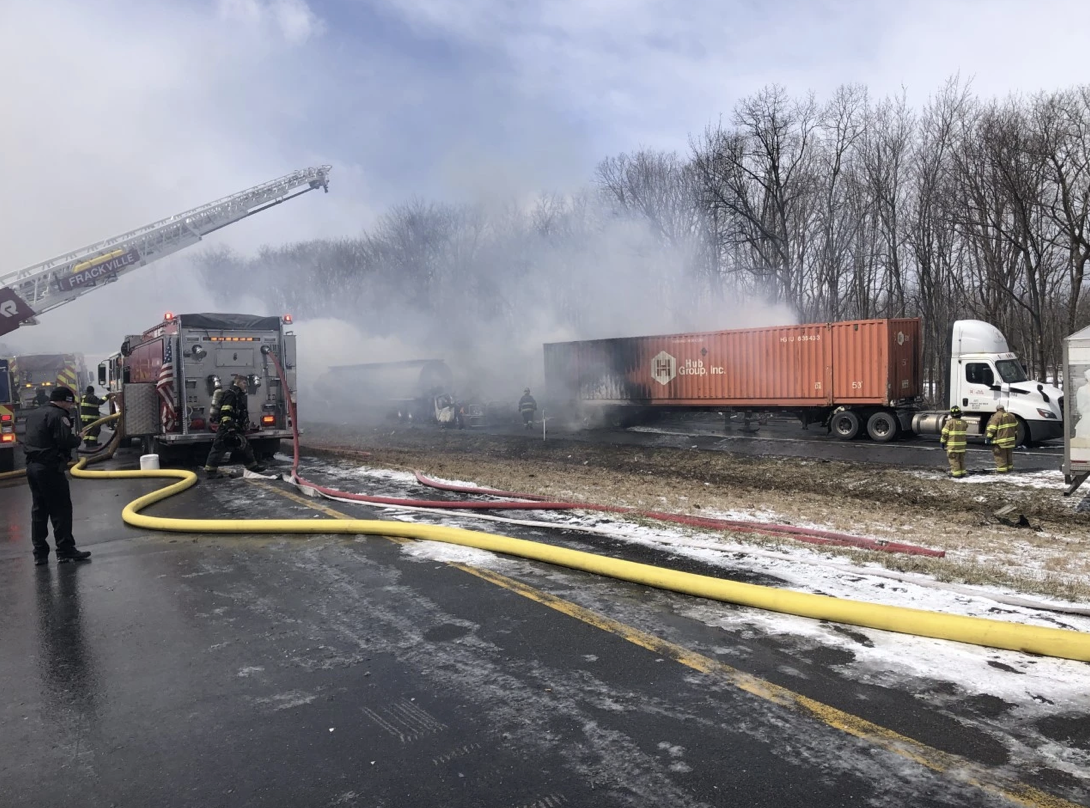 This week, I was in Washington, D.C., where we continued to monitor Russia's invasion of Ukraine. Ukraine continues to put up a valiant and effective fight against Russia. President Zelensky and Ukraine have proven that they will fight to protect their nation's sovereignty. Unfortunately, Russia's invasion has resulted in the senseless deaths of countless Ukrainian women and children, civilians and brave Ukrainian soldiers. This entire episode is unnecessary and created in part by the Biden administration's failure to lead on the world stage. For decades, America has promoted peace through strength. Biden's strategy is chaos and war through weakness.

I appeared alongside Chuck "Volpe on Fox 56' 's Volpe Report to discuss Ukraine and other issues. Chuck always has a great set of guests who provide an in-depth and broad view of the important issues facing our nation, commonwealth, and region. Click here or below to watch as we discuss Ukraine, our energy crisis, and the need for our nation's leaders to "Wake Up" and "Woke Down." 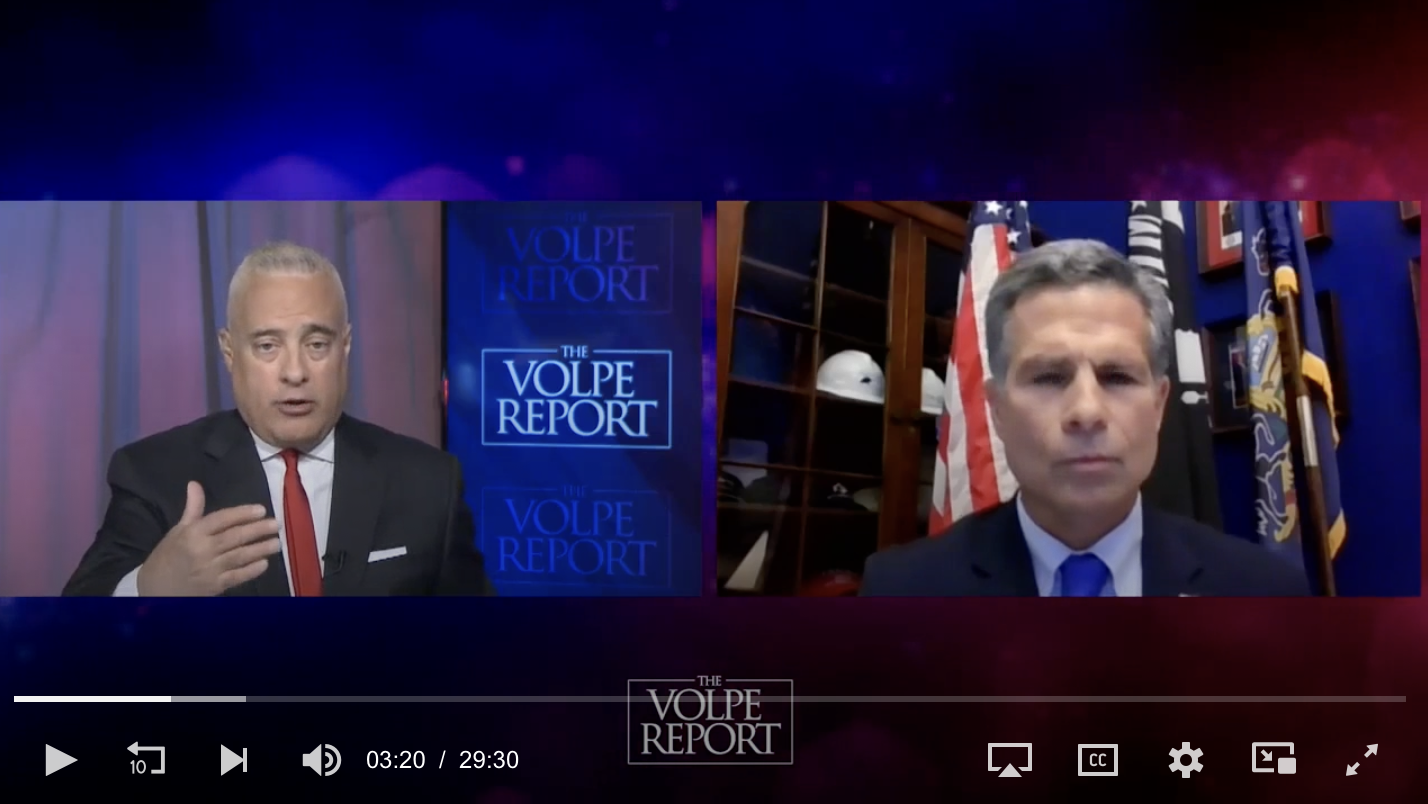 Doubling and tripling down on bad foreign policy decisions, the Biden administration is rushing to cut another nuclear deal with Iran, offering concessions that will enrich our adversaries, endanger our allies, and cost America dearly. A nuclear deal with Iran was misguided seven years ago. It is downright dangerous today.

Gas prices are killing the American working family and represent the most visible sign of the inflation plaguing our nation. Families are suffering from higher prices for energy, food, and many other consumer products. As a result, we are facing shortages of both workers and goods. Biden's implementation of an extreme left-wing agenda and a senseless desire to undo President Donald Trump's America First agenda is the direct cause of these issues. Whether it is foreign policy nightmares, inflation, crime, gas prices, woke culture policies, CRT, and the growing disaster at the border, Biden's fingerprints are all over it. We cannot afford to continue down this path. 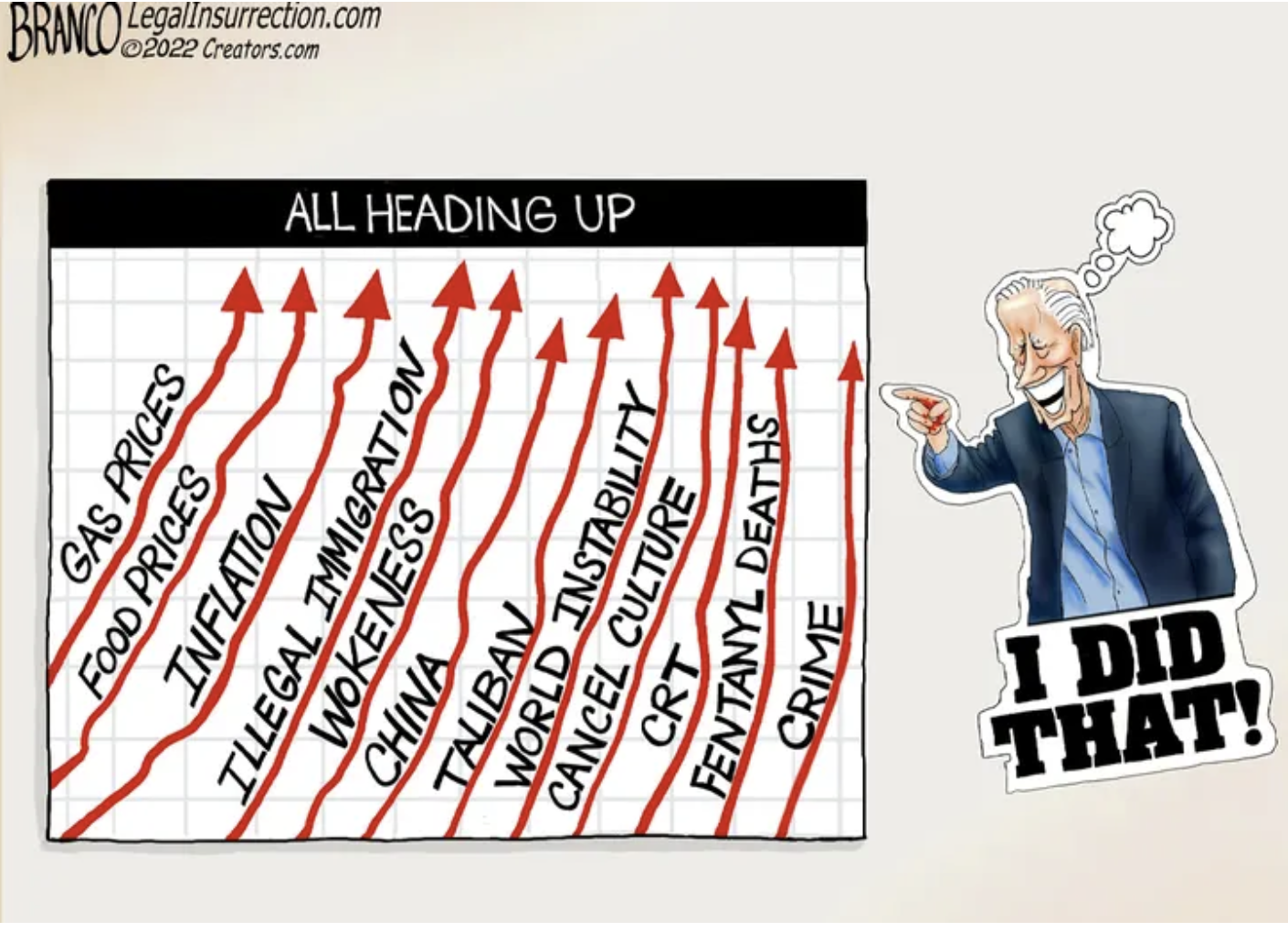 This is the latest in a string of bad policy decisions from the Biden administration. In order to fix the energy crisis he created, they continue to choose Venezuela over Pennsylvania, Tehran over Texas, and OPEC over Oklahoma to solve their self-inflicted energy crisis. They continue to ignore the most obvious solution, unleashing America's domestic energy production.

I joined Stuart Varney on Fox Business to discuss Biden's energy crisis. Click here or below to watch. 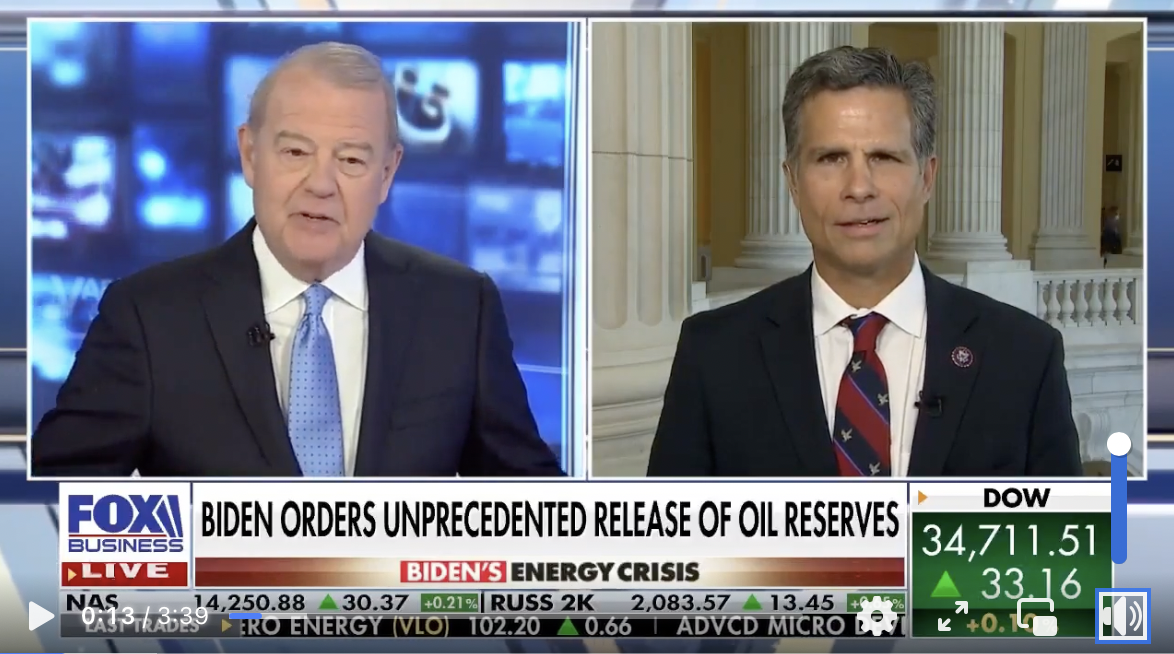 IN NEWS YOU WON'T HEAR IN THE MAINSTREAM MEDIA: Biden continues to enact policies that open our southern border and empower drug smugglers and human traffickers, as he has made American communities less safe. Biden has helped create a major border crisis, arguably one of our nation's most significant concerns.

This week, Biden doubled down on his horrific border policies by ending Title 42. Title 42 allows a nation to deny entry to those coming from a country with a virus or known contagious health issue.

Biden's plan to end Title 42 is a disastrous decision that will "open the floodgates" of illegal immigration into the United States.

Over 150,000 illegal immigrants have crossed the border every month for 12 straight months – the worst border crisis in DHS history.

On the Campaign Trail:

On Friday, I attended the Pennsylvania Leadership Conference, where I got to see many friends from around the commonwealth and the 9th Congressional District, including PA Ag Chairman Mike Firestine. 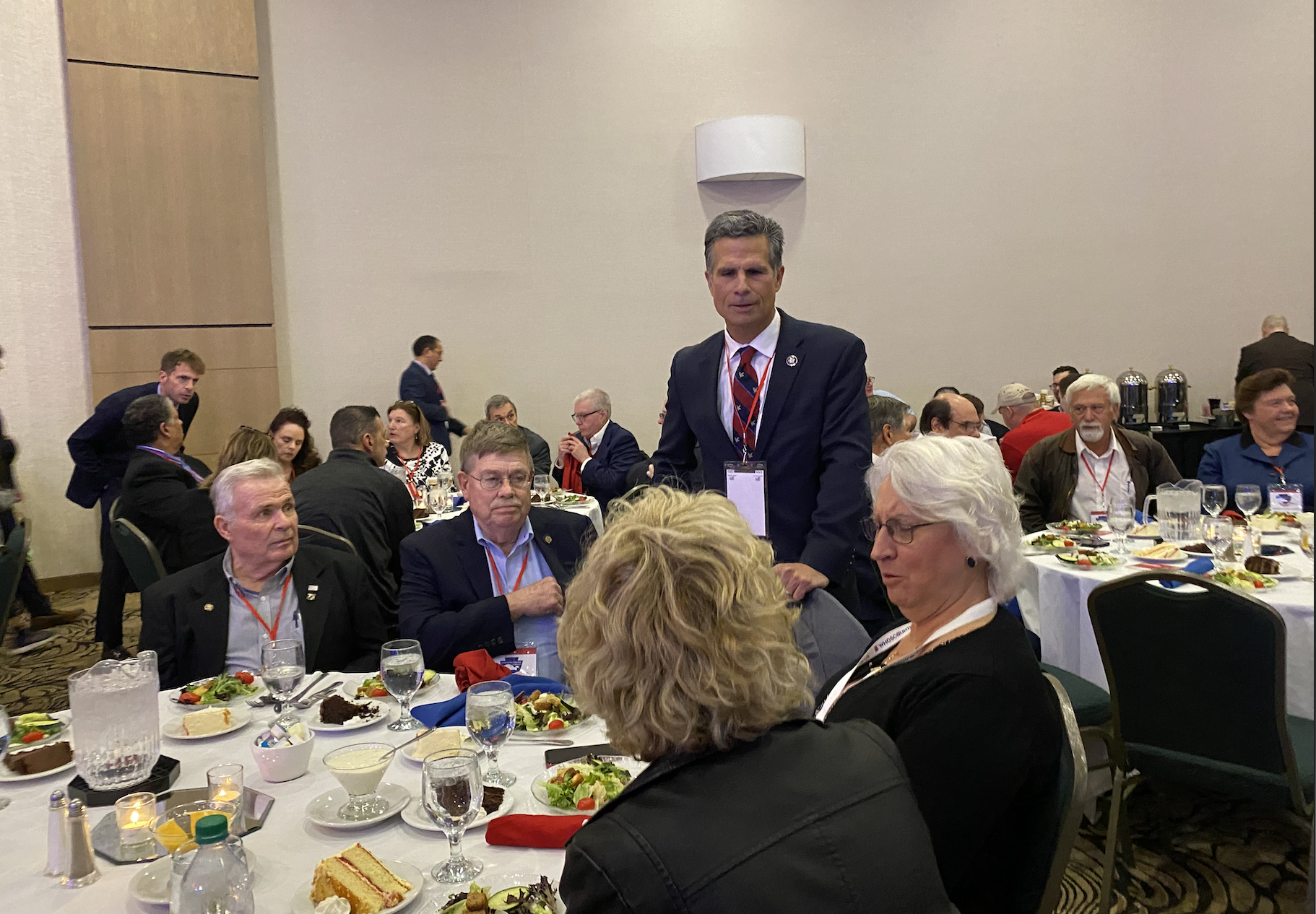 Saturday, the Lebanon County GOP endorsed our campaign for U.S. Congress. I want to extend my thanks and appreciation to these committed Republicans for their support. Lebanon County is home to some of my earliest supporters when I began this journey in 2018, and I will be forever grateful for the support and the relationships I have built there. 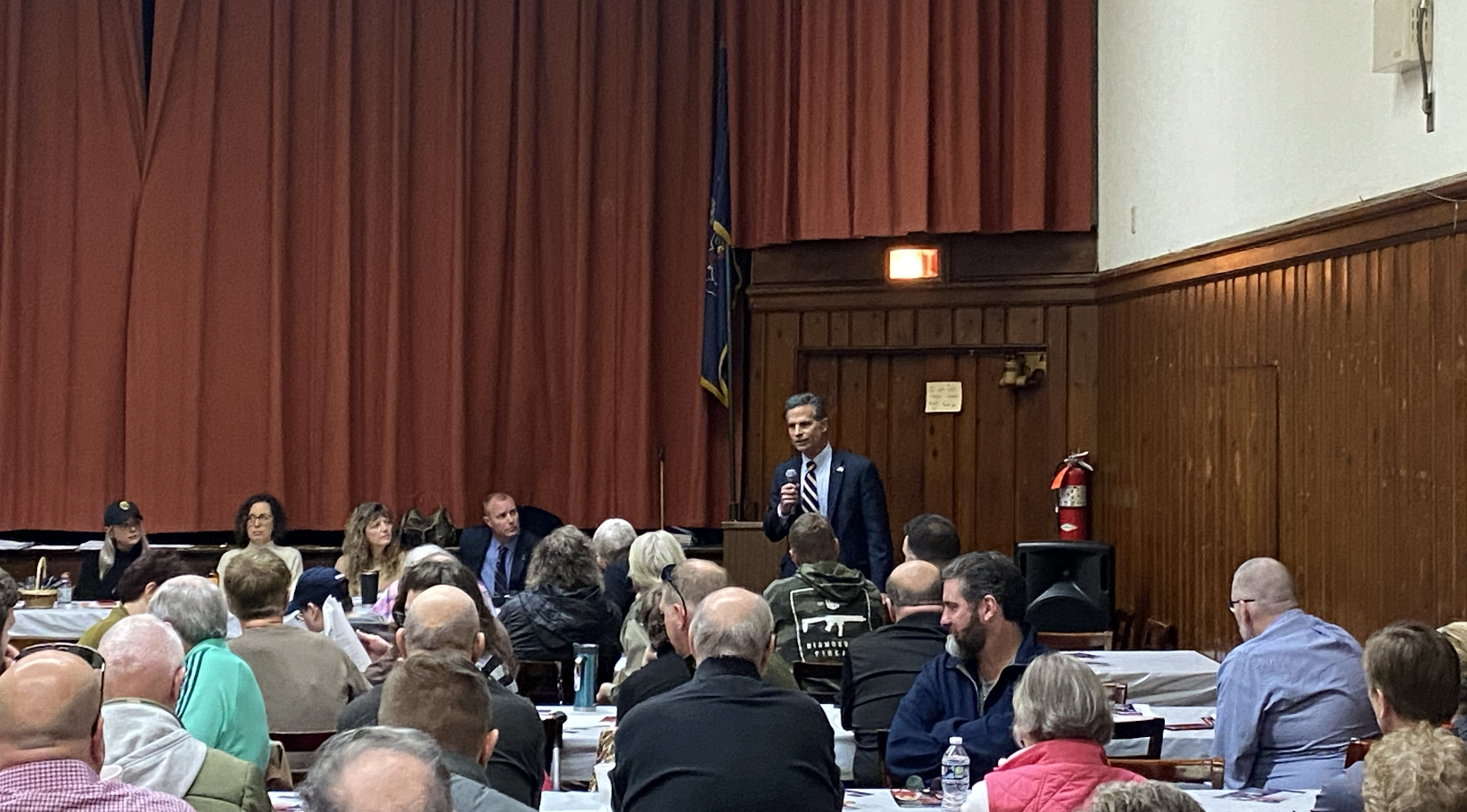 As I have said from the beginning, running a campaign is a "we" effort. My service in Congress is about representing the people of the 9th District and Pennsylvanians. We accomplish that by working together. This November, there is a lot at stake, and we are ready to take our nation back!

On Saturday, I attended an event supporting Lisa Scheller for Congress. Lisa has my full support and endorsement for her campaign for U.S. Congress, and I look forward to serving alongside her. The event was in Carbon County at the Boatyard and attended by State Senator Dave Argall, who now represents Carbon County. Additionally, I want to give a big thank you to Ty Poole, owner of Boatyard. Ty is a great friend and community leader. I also want to recognize his family, Katie, his daughter Kayla, the Prothonotary of Carbon County, and the Boatyard's fantastic staff. The Boatyard is located at 251 Canal Street in Lehighton. I highly recommend you stop in for lunch, dinner, drinks or Sunday brunch! (Pictured below with congressional candidate Lisa Scheller) 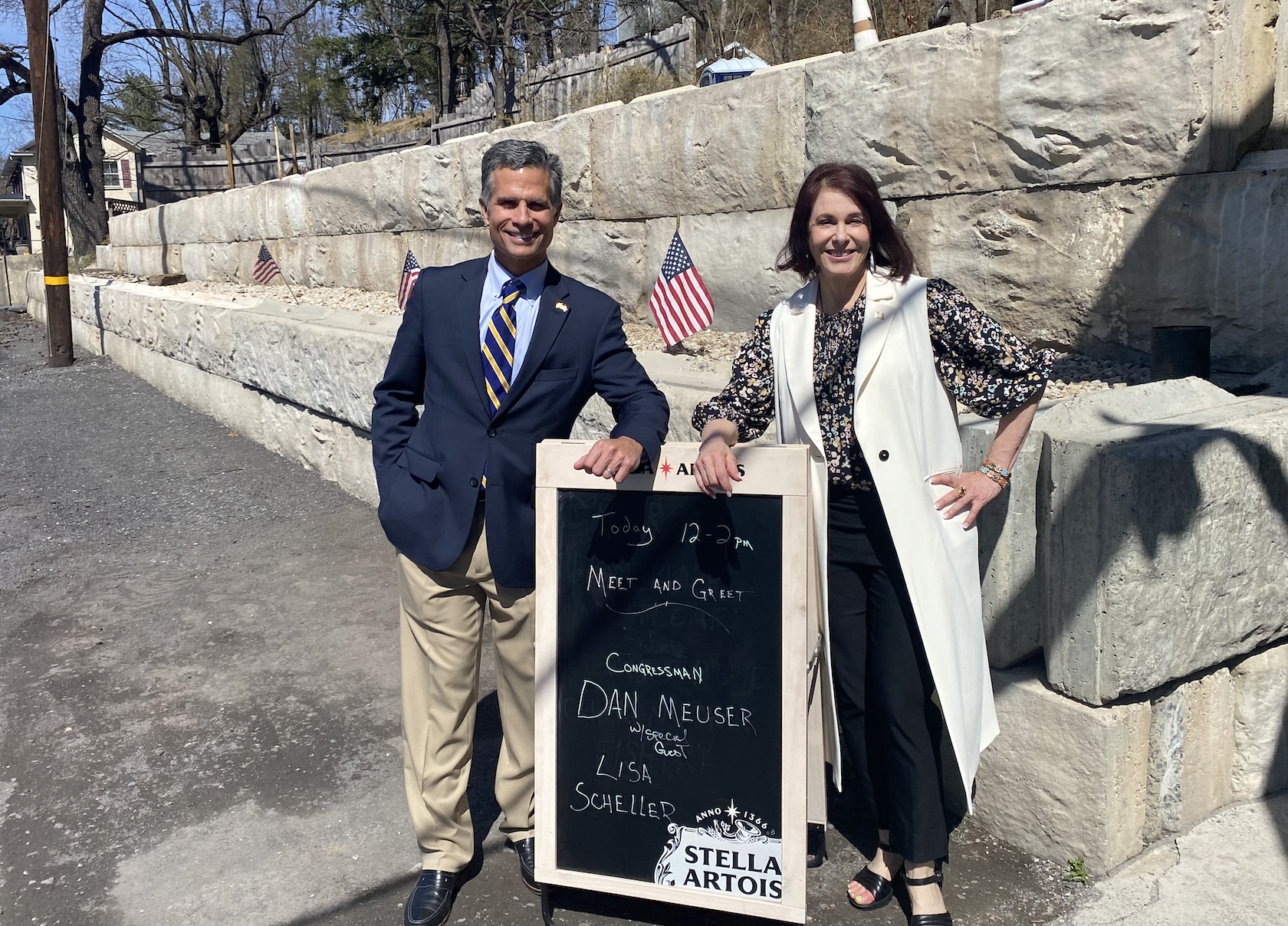 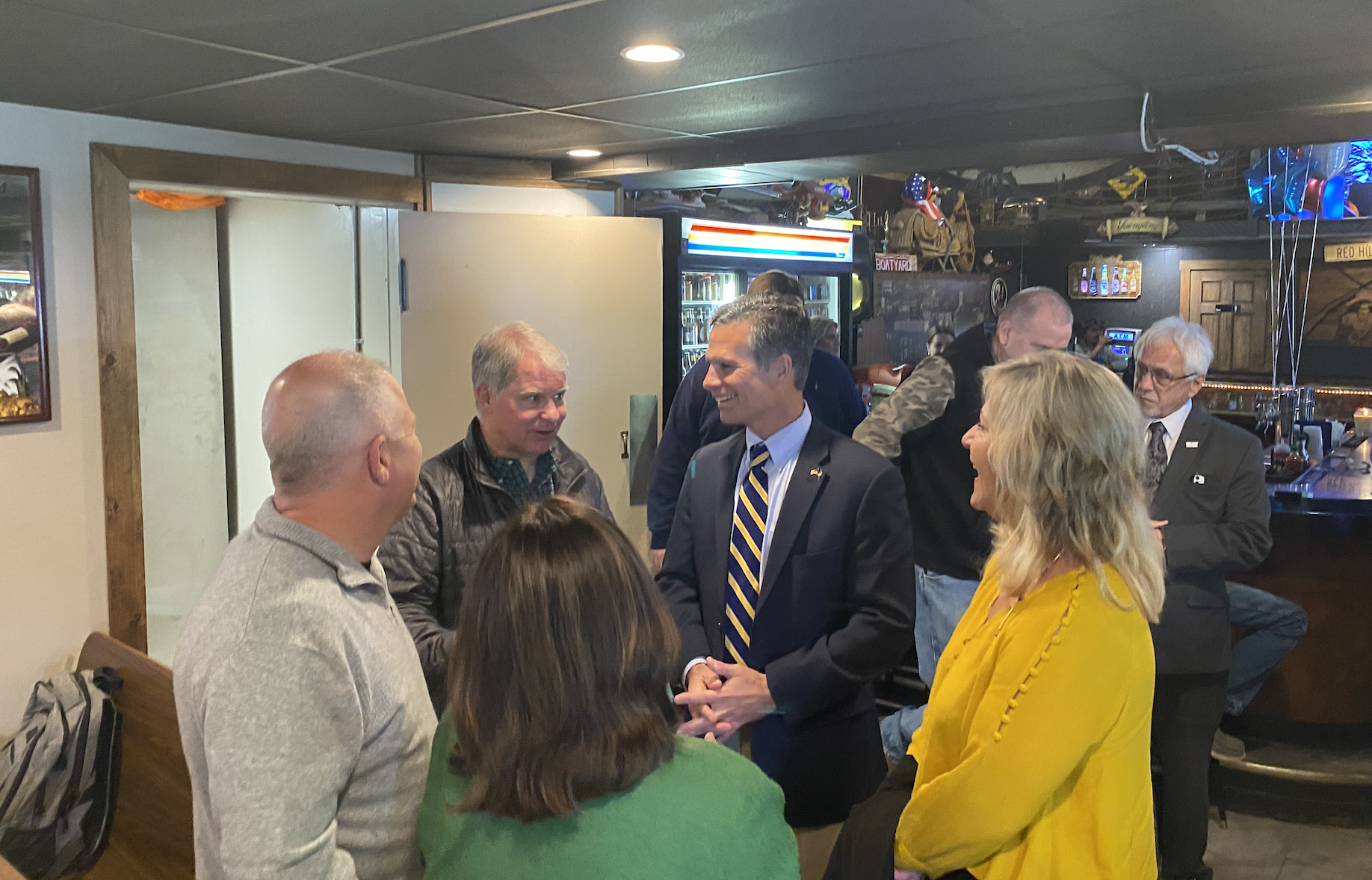 Yesterday, I also appeared with U.S. Senate candidate Dave McCormick at the Susquehanna Brewing Company in Pittson. The campaign held a meet and greet, and we received a tour of their facility. In addition, Dave had other well-attended events throughout the area and a great stop at the Lackawanna GOP headquarters. To learn more about Dave's campaign, please visit his website at www.davemccormickpa.com. 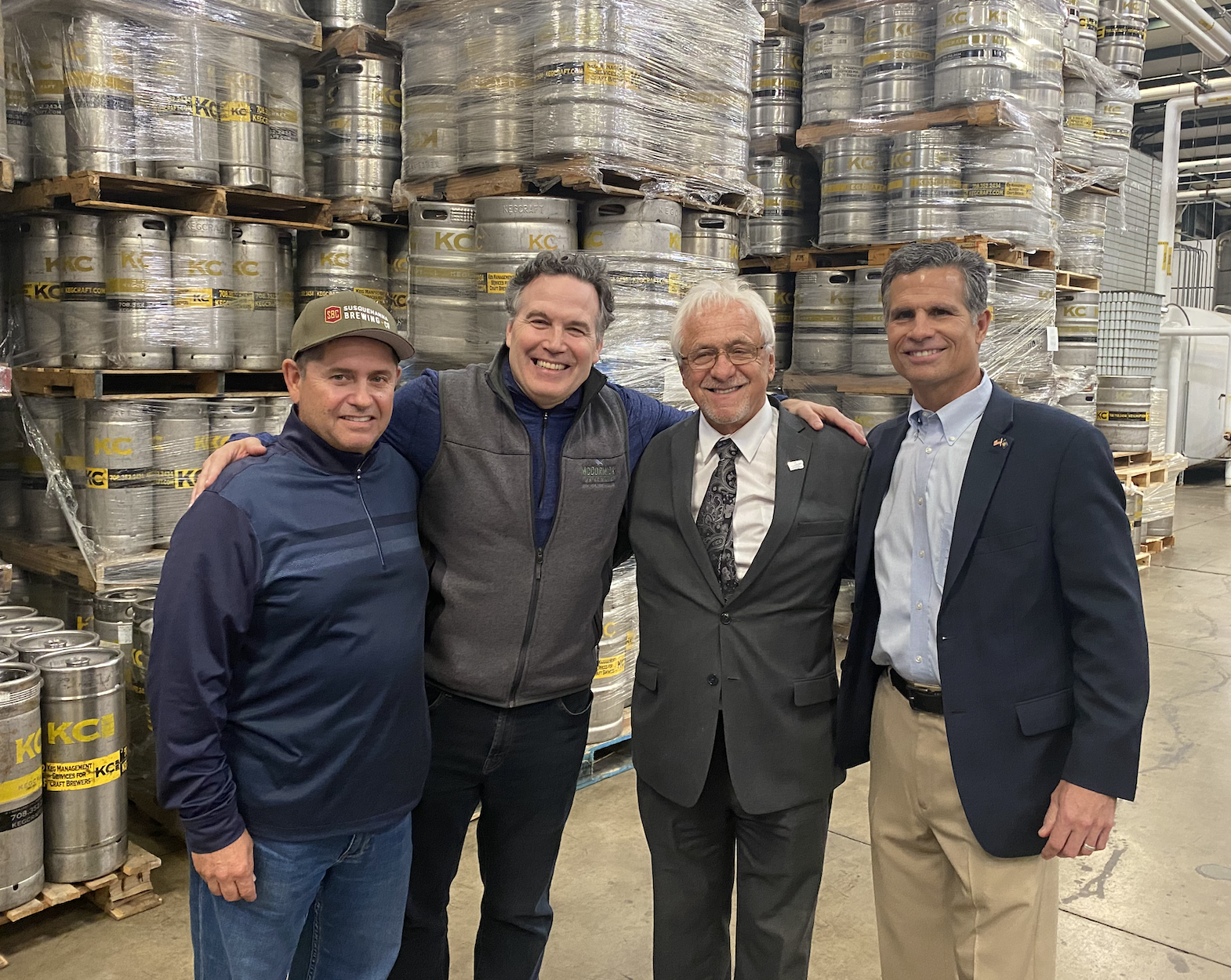 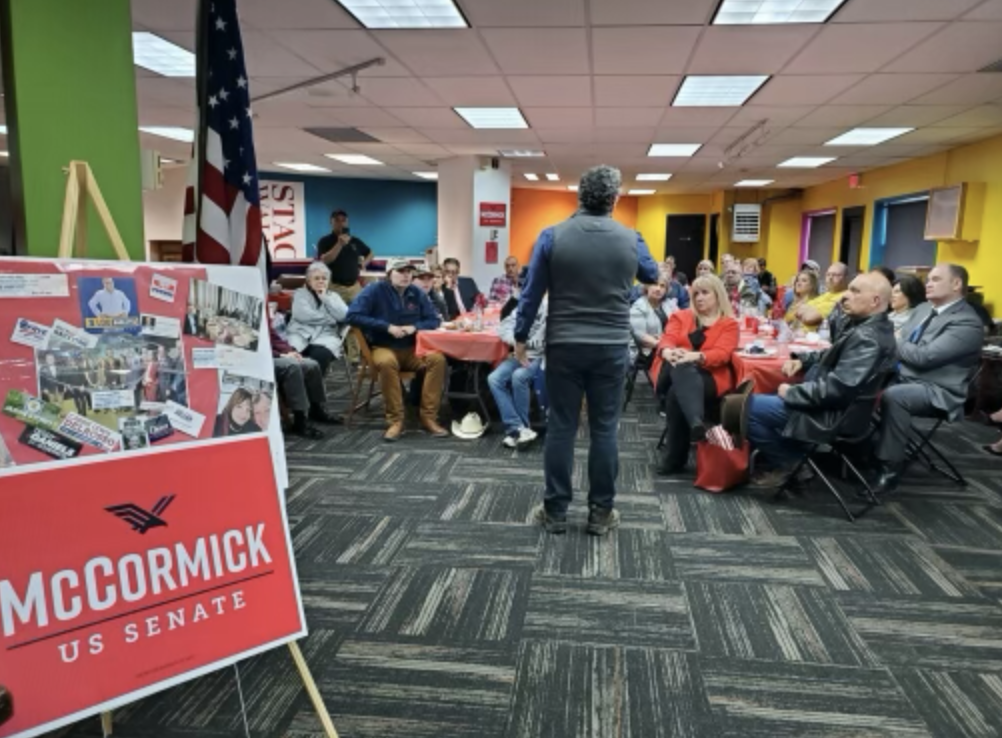 Today, we have another full day. We are in Lycoming County for the Home Show organized by the West Branch Susquehanna Builders Association. 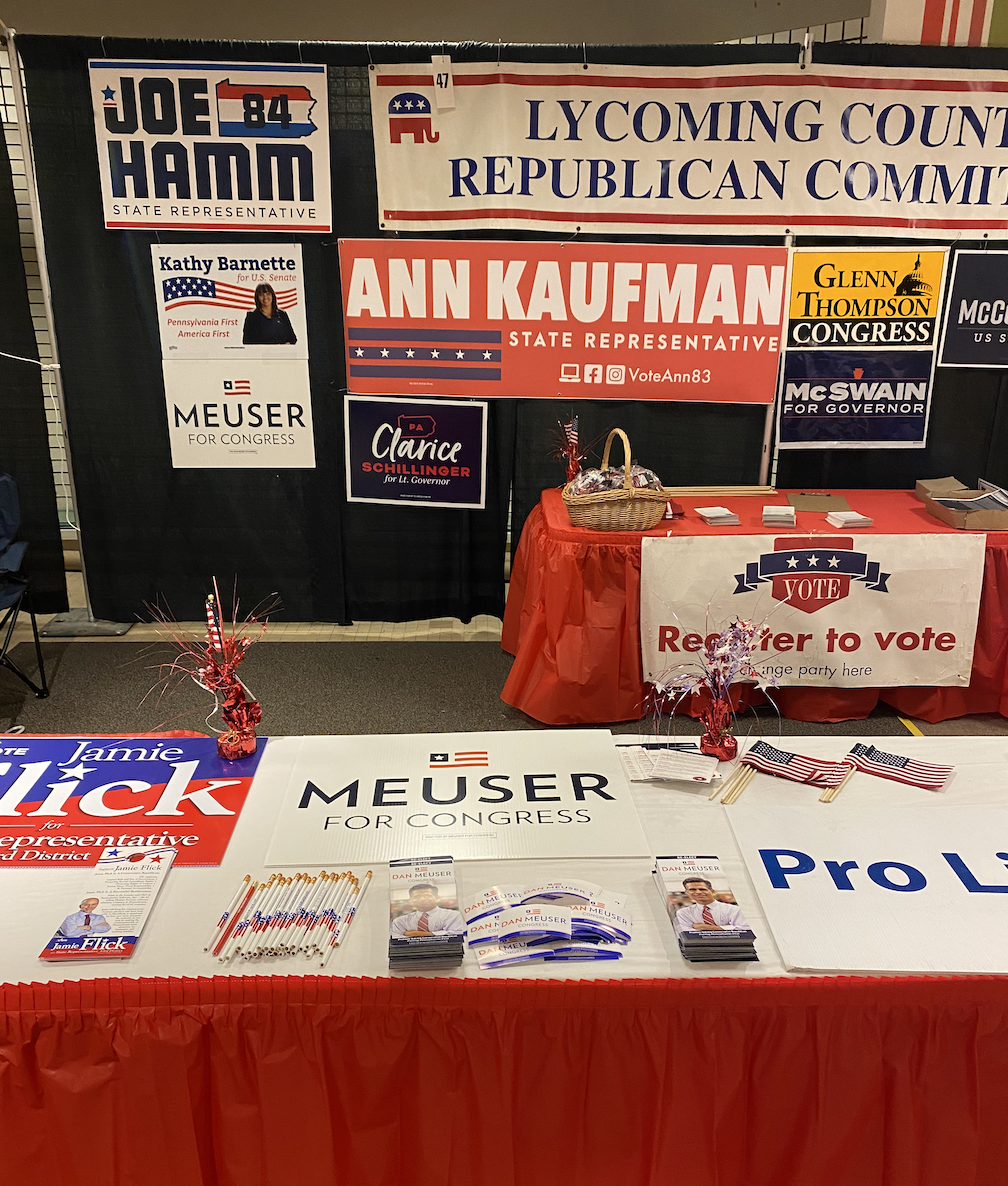 Later, we attended an event for State House candidate Jamie Barton (R-124) being held in Berks county later today. Jamie is campaigning for an open seat.

We are looking forward to spending a lot of time on the trail supporting our Republican candidates.

Last, like many Pa fishermen, my son Danny came home from school for the first day of trout season. Danny and his buddy, Lenny Kelly, did some fishing in Tunkhannock and Noxen. Unfortunately, they did not have great luck with trout but had fun bringing in a nice size carp. 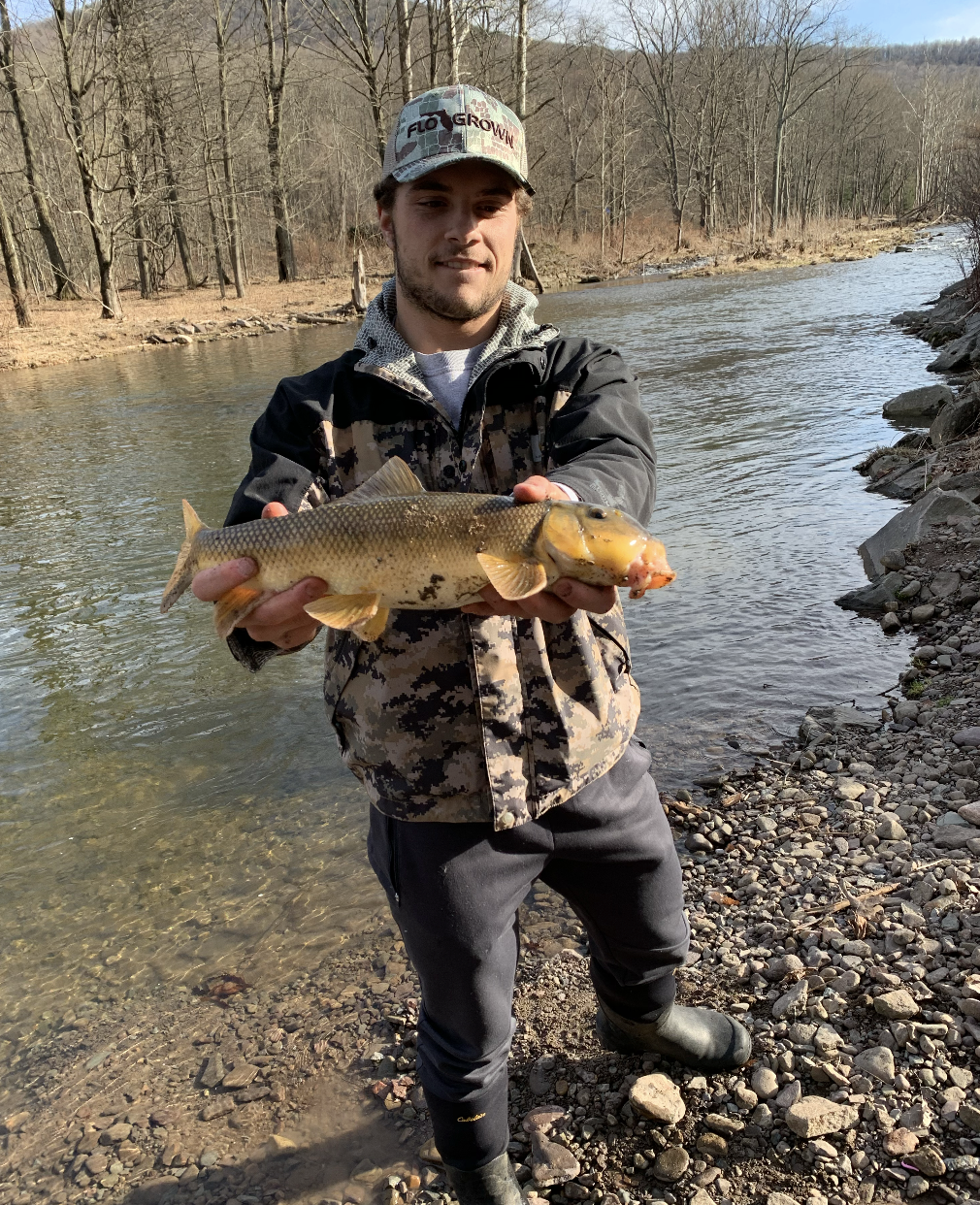 Anyway, I hope all enjoyed our annual opening day.