Last weekend, Chris Christie appeared alongside Rahm Emanuel and others to debate this issue on ABC's This Week with George Propagandopoulis. I would encourage you to check it out by clicking here or below. It's definitely worth your time.

Governor Christie did an excellent job calling out President Biden for his lies and spoke the truth on the Georgia law. Of course, Rahm Emanuel defended President Biden and corporate America for their rebuke of Georgia's new law. One of the interesting things that Emanuel revealed was his opinion that Republicans are out of step with corporate America. He’s right that we are not walking in lockstep with Major League Baseball, Coca Cola and Delta's extreme leftwing corporate policies. However, if I were the Democratic Party in Washington and Harrisburg, I would be more concerned about the fact their policies are truly out of step with working Americans... and that has been clear with the reaction to Major League Baseball's recent actions to move the All-Star game.

Second Amendment Under Attack: It was just over a year ago when FAILED U.S. Senate candidate, turned-FAILED Presidential candidate Beto O-Rourke said on air, “HELL, YES, we’re going to take your guns.” Joe Biden then PRAISED him. This week, President Biden did more than praise him… he began what has been billed as his initial steps in his radical anti-gun agenda. The President’s actions will impact law-abiding gun owners by infringing on their Constitutional rights and do little to address real crime. See cartoon below. 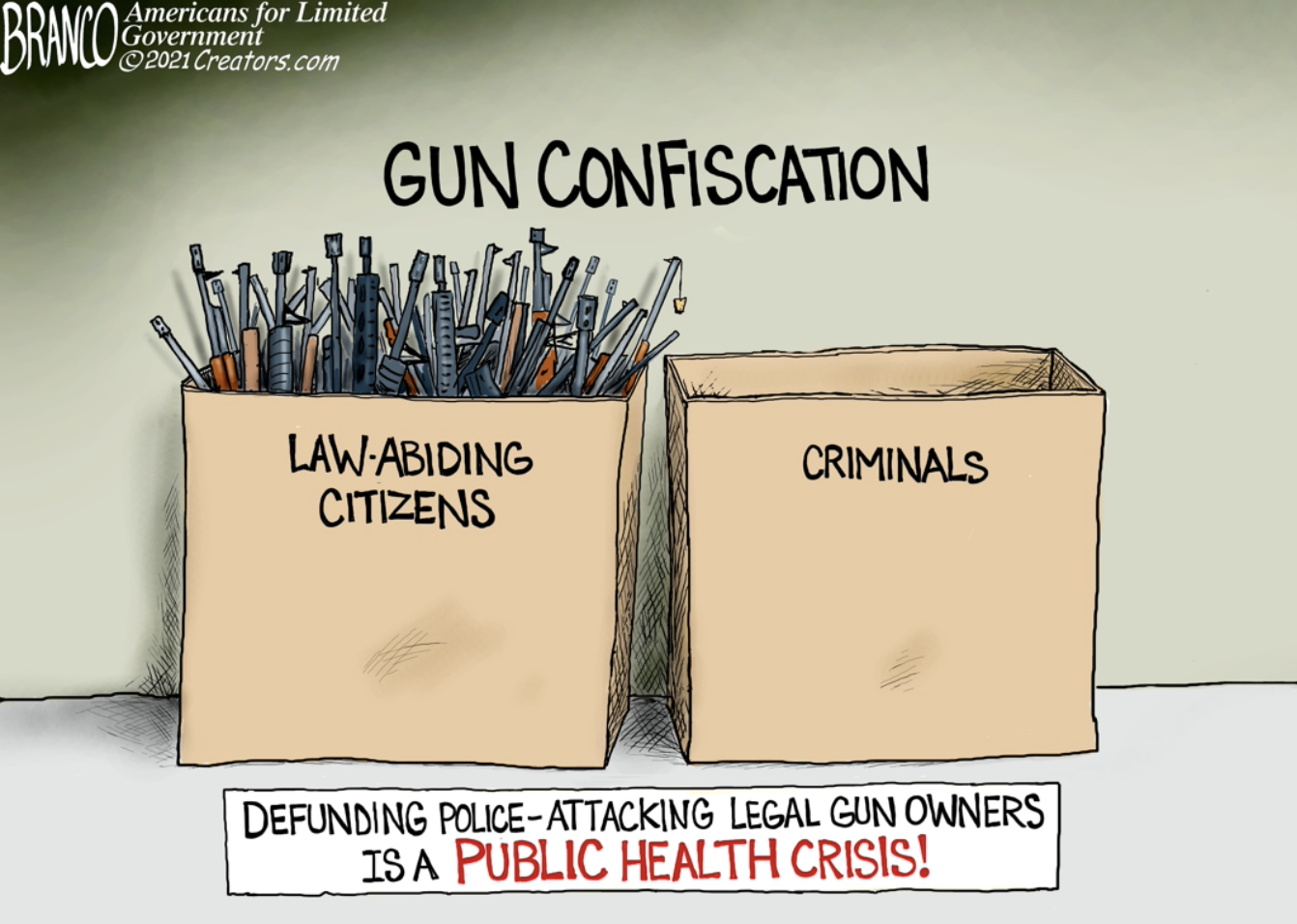 Going after these crimes will require work from our brave law enforcement officers and cities and prosecutors who are brave enough to enforce the laws on the books. Unfortunately, President Biden and Vice President Kamala Harris have supported and are backed by the same groups screaming “defund the police.” You can’t have law and order without law enforcement.

IN NEWS YOU DIDN’T HEAR IN THE MAINSTREAM MEDIA: Did you know the Biden-Democrat Covid-19 Bill included a provision that prohibited state legislatures from reducing taxes until 2024? Rather than incentivizing state governments to be fiscally responsible and allow well-run, conservative states to issue a refund, the Biden-Pelosi-Schumer big government plan would rather punish those states and taxpayers.

The state of Ohio has filed a lawsuit challenging this provision. Working with the American Center for Law and Justice (ACLJ), I joined 19 U.S. Senators and 54 other members of the U.S. House of Representatives to stand against the blatantly unconstitutional ban on states lowering taxes.

The latest Covid-19 relief package included major awards to bail out blue states and busted budgets. So, the federal government rewarded states who, in many cases, made terrible fiscal decisions after terrible fiscal decisions. This ridiculous mandate penalizes conservative-run states who have been good fiscal stewards and their taxpayers for electing good leadership by blocking their ability to reward those taxpayers with tax relief. It may sound simple, but government and our elected leaders really need to adopt (and live by) the mindset that taxpayer money is truly that… taxpayer’s money! We need to elect folks who will walk the walk when it comes to being good fiscal stewards of taxpayer money. Wouldn’t it be nice to hear the government say, “Hey, we appreciate the tax money you provided; however, we did a good job being fiscally responsible, spent less and want to give some of your money back to you.” Unfortunately, with Biden, Pelosi and Schumer, we will have to dream on in Washington as they believe your money is their money. But we shouldn’t penalize states which are good fiscal stewards from issuing tax refunds to their citizens.

This week, I held a teletown hall with my constituents. The Daily Item recapped the call and you can click here to read their story. One of the topics that I spent a great deal of time discussing was the border situation. It has gone from a crisis to a catastrophe. And this is all of President Biden’s making. President Donald Trump had the border situation under control. President Biden undid those policies and announced to the world that our southern border was back open for business. 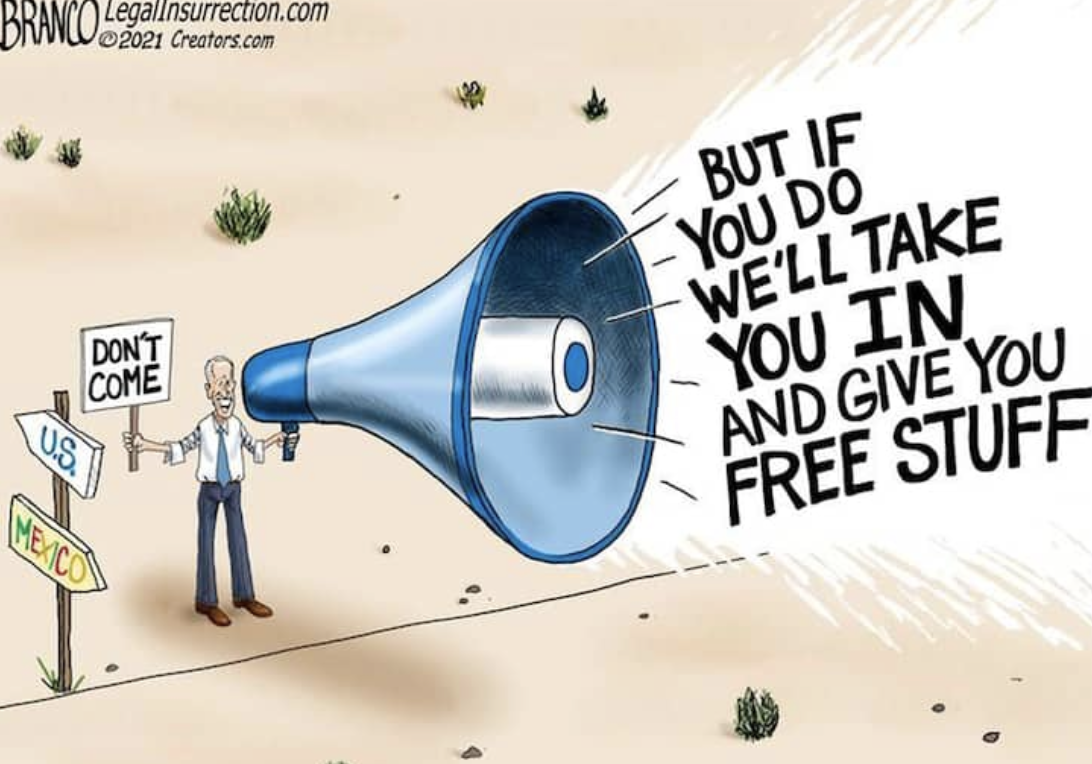 And it gets worse. On Wednesday, Texas Governor Greg Abbott announced that his state was aware of serious allegations that migrant children were being sexually assaulted and not provided enough food at the Freeman Coliseum facility. The governor called on the Texas Department of Public Safety and the Texas Rangers to immediately open an investigation into child abuse allegations. We will await the results of this investigation.

However, as a member of Congress, I want to get down there and examine this with my own eyes. That is why I am traveling to the border today. We have a serious humanitarian and national security issue occurring at our southern border… with no signs of getting better. Expect a full report on my travels and that difficult situation when I return.