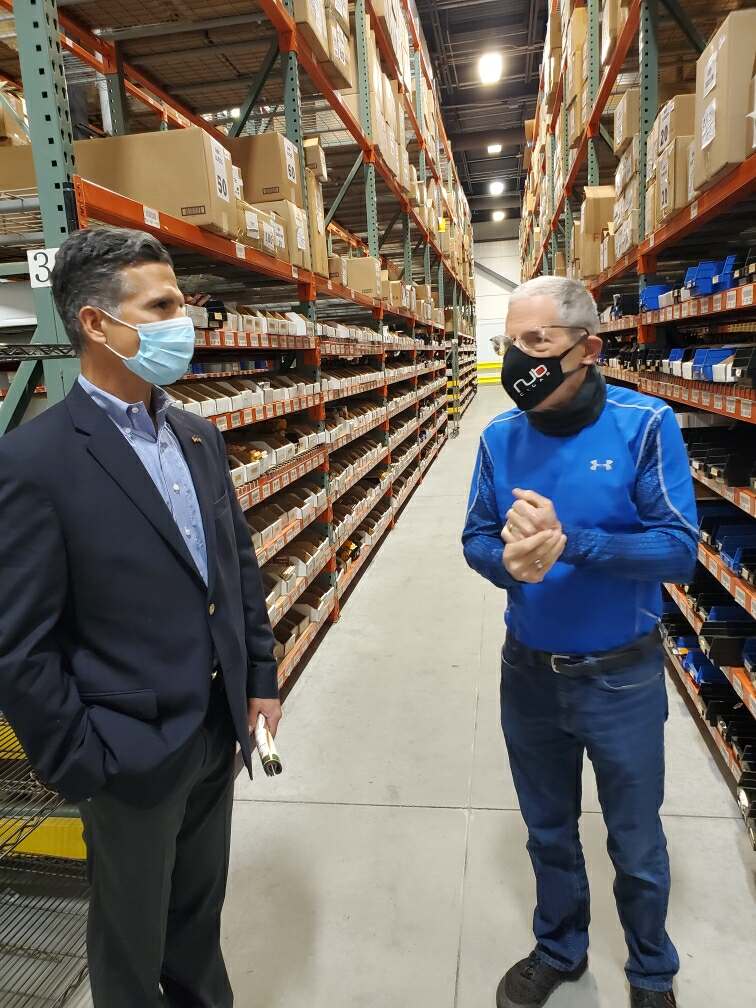 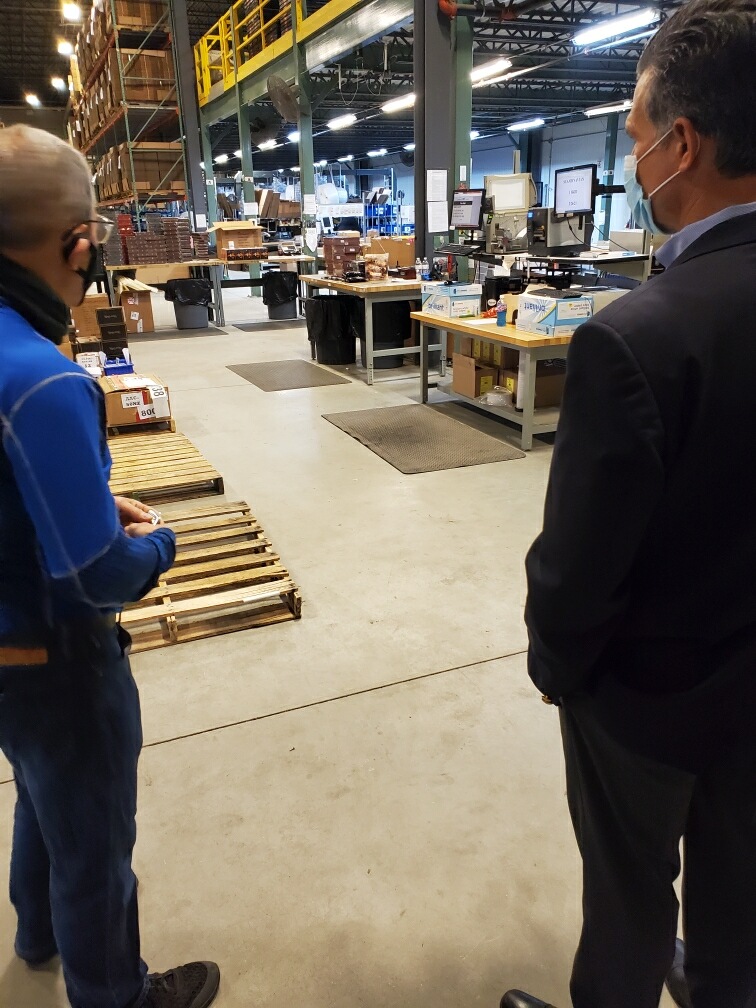 While I see businesses that are thriving, like Famous Smoke Shop, unfortunately, there are many that have been decimated due to the Covid-19 pandemic and the related restrictions and regulations handed down by the government. In Pennsylvania, there are businesses that are thriving or dying. The differences are stark. Why? In part, because the Governor and his administration chose winners and losers. If we would have implemented rules and regulations that would have allowed all businesses to continue operating in a safe manner, we would be in a much better position. Our state desperately needs new leadership and that is a conversation I look forward to having. I know I can help. I look forward to continuing that conversation with the people of Pennsylvania.

This week, President Biden held his first live press conference, 65 days since taking office. It was a scripted and choreographed event. The President hung closely to his talking points and even had an order and pictures of friendly reporters to call on. 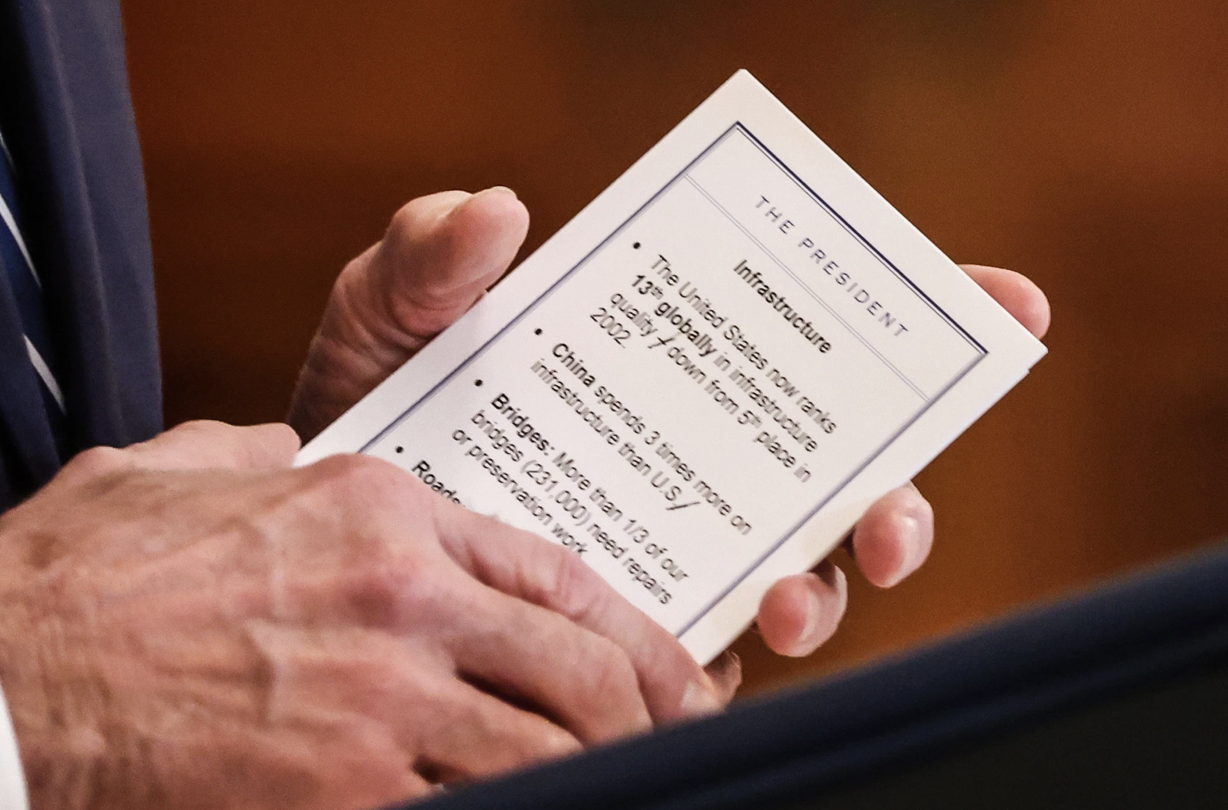 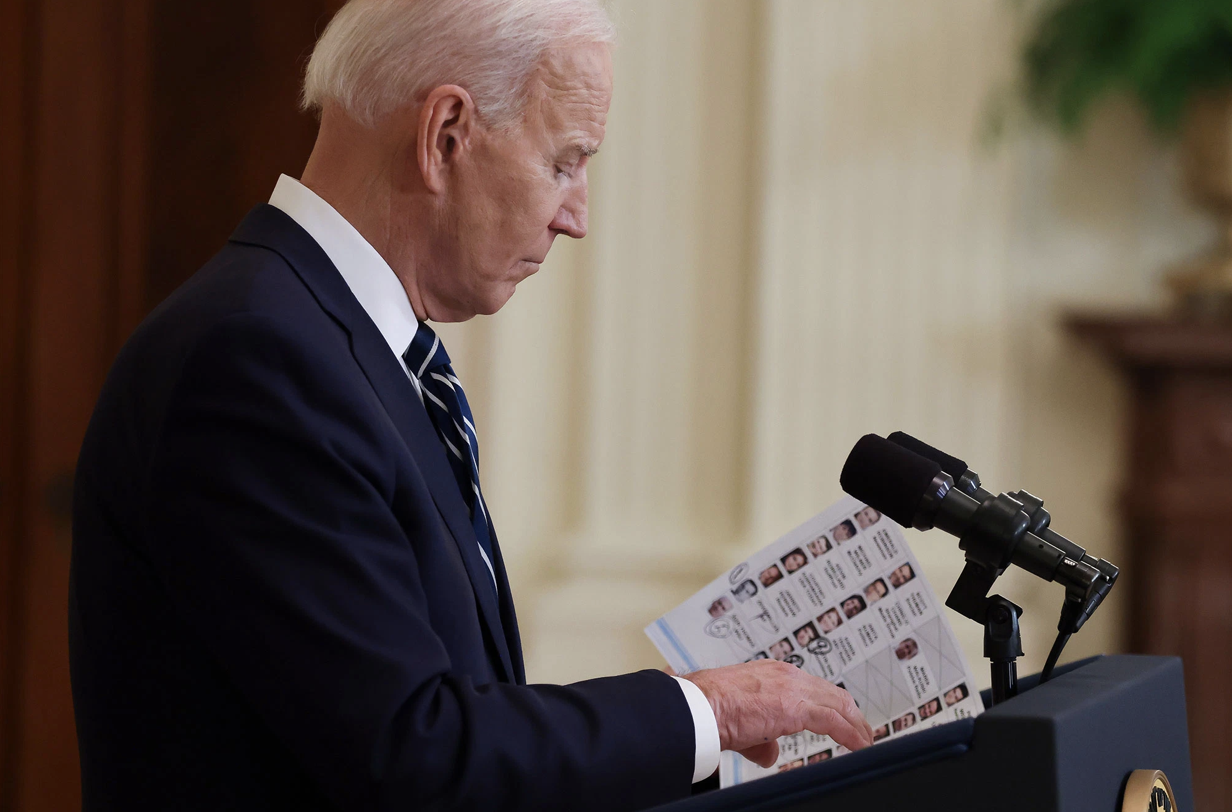 President Biden took no hard questions and tried to deflect blame for the border crisis, even though his policies and plans directly led to this crisis. We have a major humanitarian crisis at our southern border. Worst of all, President Biden has created a problem that President Trump largely solved. President Trump worked with Mexico and other nations to solve this issue where immigrants were housed in their nations until we could review their cases. During President Trump’s administration, he reduced the number of illegal immigrants attempting to enter our nation to 10-12,000 illegal immigrants a month.

Meanwhile, President Biden has gotten rid of catch-and-release, stopped border wall construction and ended the policy of housing immigrants in Mexico until they could be processed. Those policy decisions have directly led to this crisis. Customs and Border Protection (CBP) reported 100,000 apprehensions in February, the largest number for that month in 15 years. To deal with this surge, border patrol agents are now being authorized to release migrants into the United States without court dates or testing for the virus.

Worse yet, many of the most vulnerable migrants are being abused. The cartels are victimizing the women and children, committing horrendous crimes against them. Unfortunately, President Biden and the Democrats have incentivized a steady stream of migrants to travel to our border to illegally enter our country with money and other benefits. In fact, when ABC News asked an illegal immigrant, “Did you come here because Joe Biden was elected?” His answer was “basically.” Click here or below to watch. 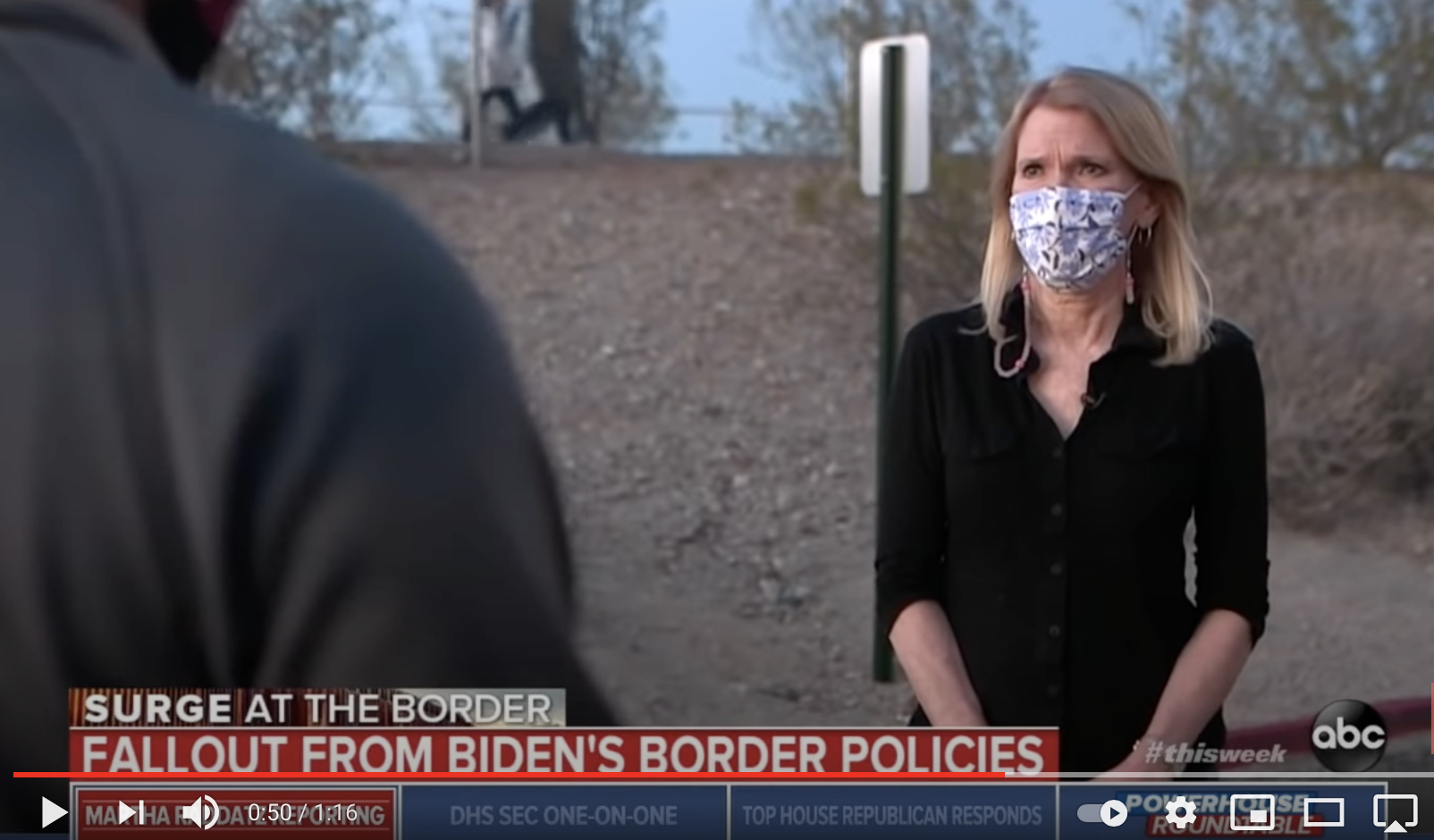 The political cartoon below “basically” sums it up. 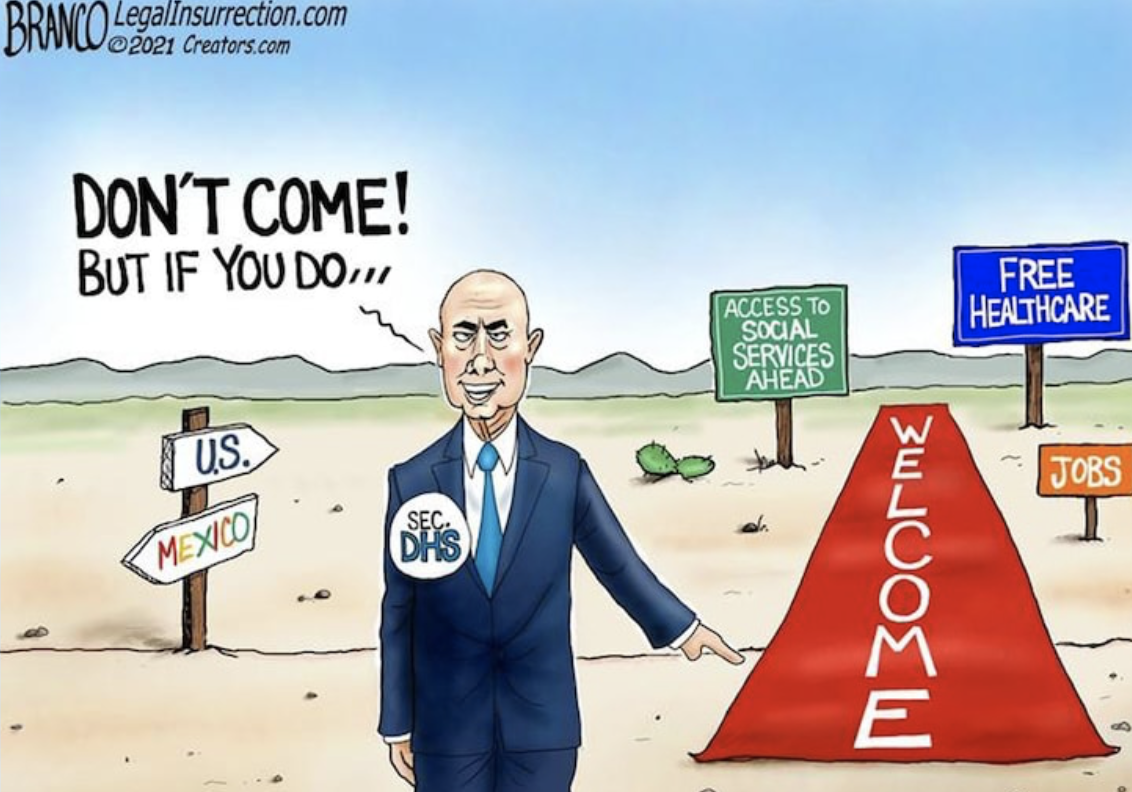 This week, I appeared on The Sam Lesante Showto discuss illegal immigration and President Biden’s first 100 days in office. Click here or below to watch. 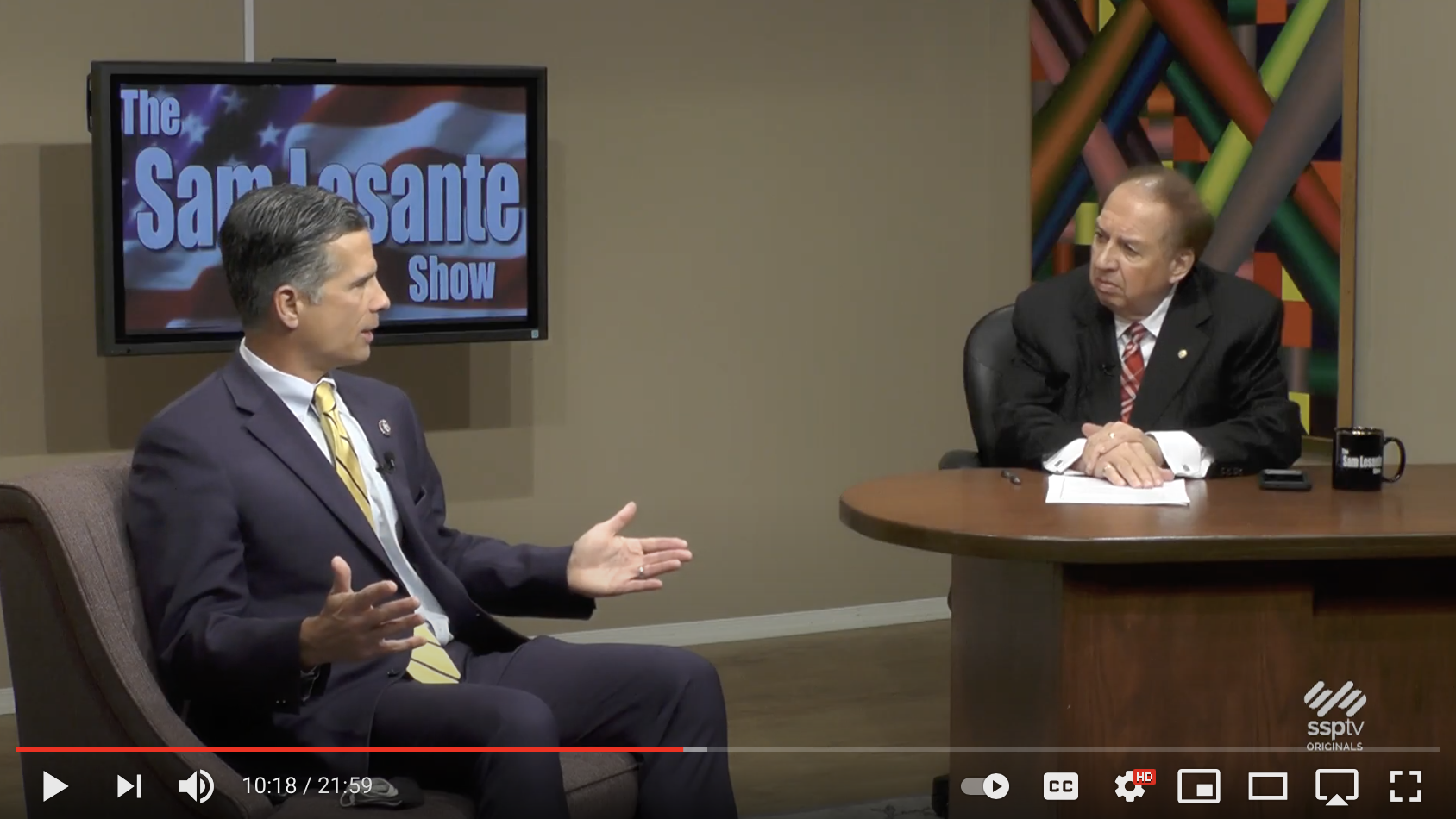 IN NEWS YOU HAVEN’T HEARD IN THE MAINSTREAM MEDIA: President Biden is pushing hard to get H.R. 1, the “Corrupt Politicians Act,” to his desk. That is the main reason he and the Democrats are pushing to get rid of the filibuster in the U.S. Senate.

H.R. 1 contains many provisions that are unhelpful, unnecessary, and unconstitutional. Here are just a few of the terrible policies contained in H.R. 1:

H.R. 1 is Speaker Nancy Pelosi’s signature piece of legislation to rig the election system in favor of Democratic politicians by undermining America’s electoral process. Under H.R. 1, massive amounts of elections-related power would be transferred from the states to the federal government.

The end goal of H.R. 1 is to enshrine into law dubious electoral practices that enable and encourage fraudulent behavior, such as ballot harvesting, false voter registrations, duplicate voting, and ineligible voting. We must do whatever we can to stop the U.S. Senate from voting for this terrible piece of legislation and keep it off of President Biden's desk.

Yesterday morning, I stopped by State Rep. Doyle Heffley's Irish Breakfast Campaign fundraiser at Roadies Restaurant at Penns Peak. We want to thank Rep. Heffley, Flo and the staff at Roadies as well as all those who attended. Rep. Heffley is a dedicated public servant and a trusted friend. 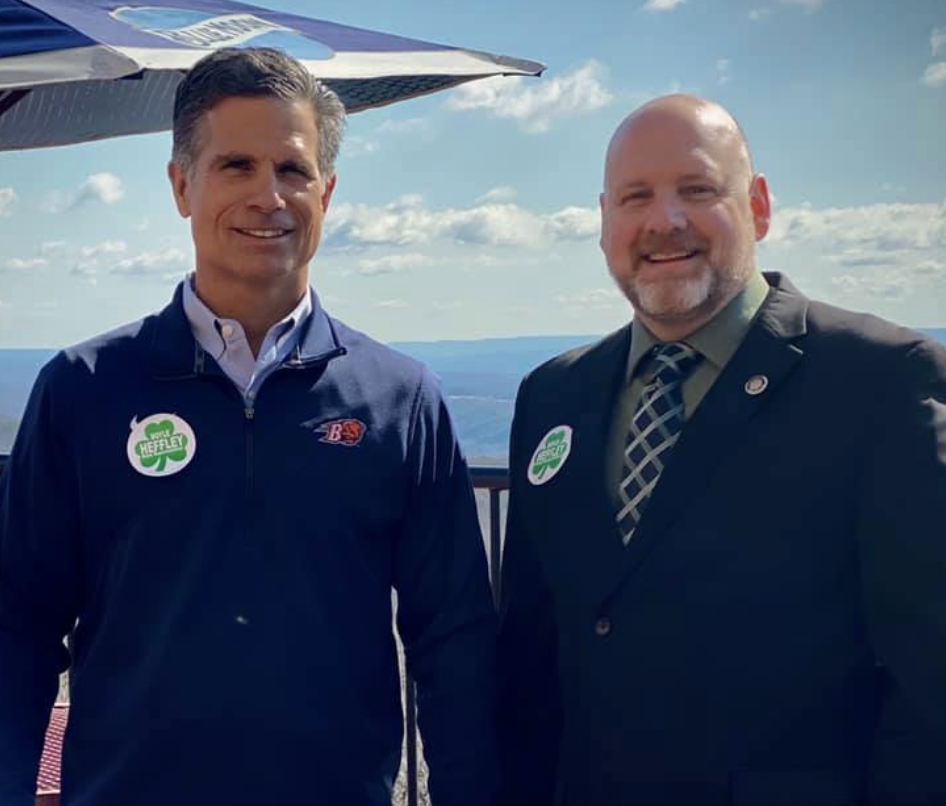 Later, I visited with some supporters in Berks County to discuss the latest issues in Washington. I want to thank Christine Gordon for putting the event together and all those for attending. 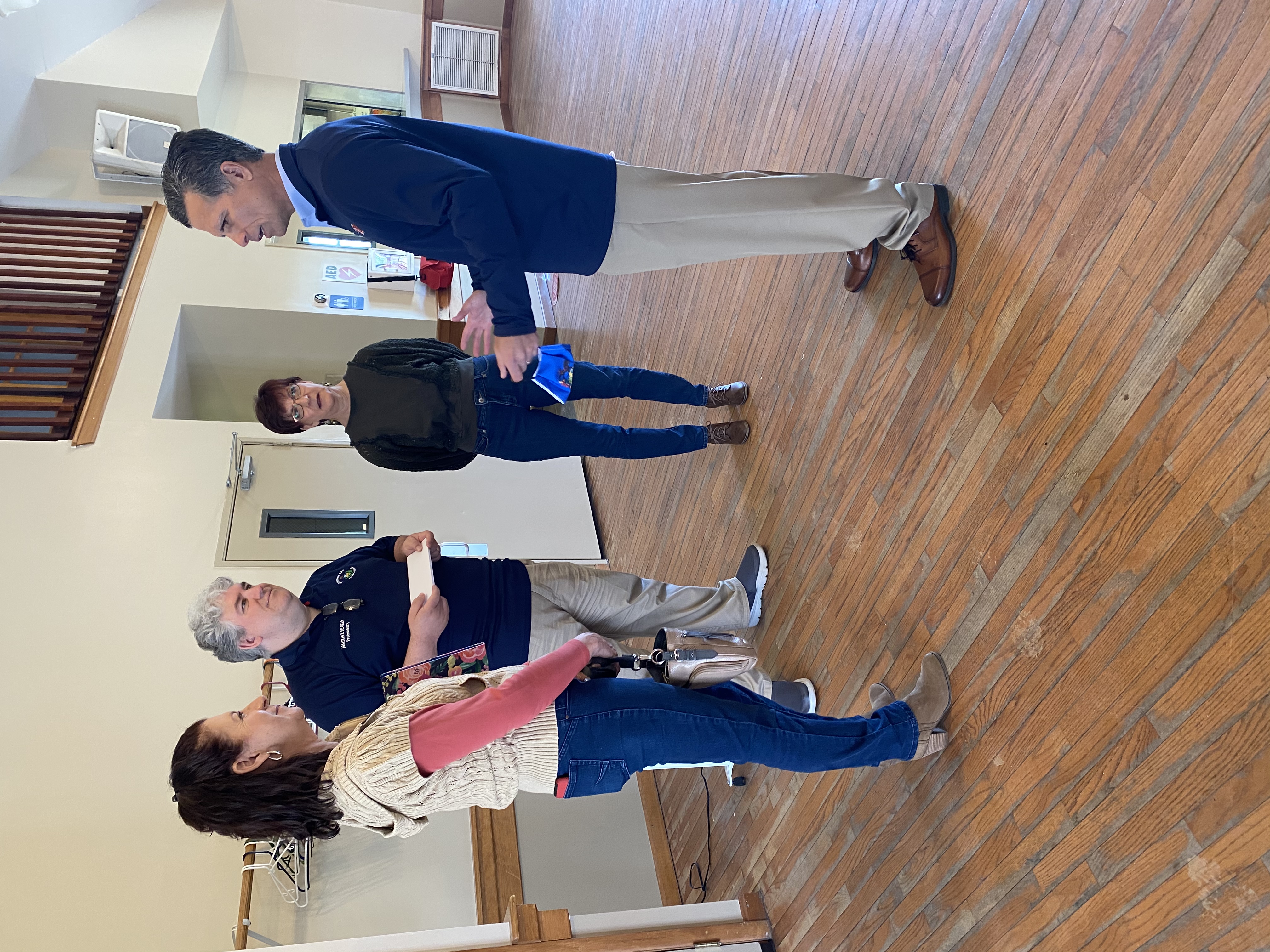 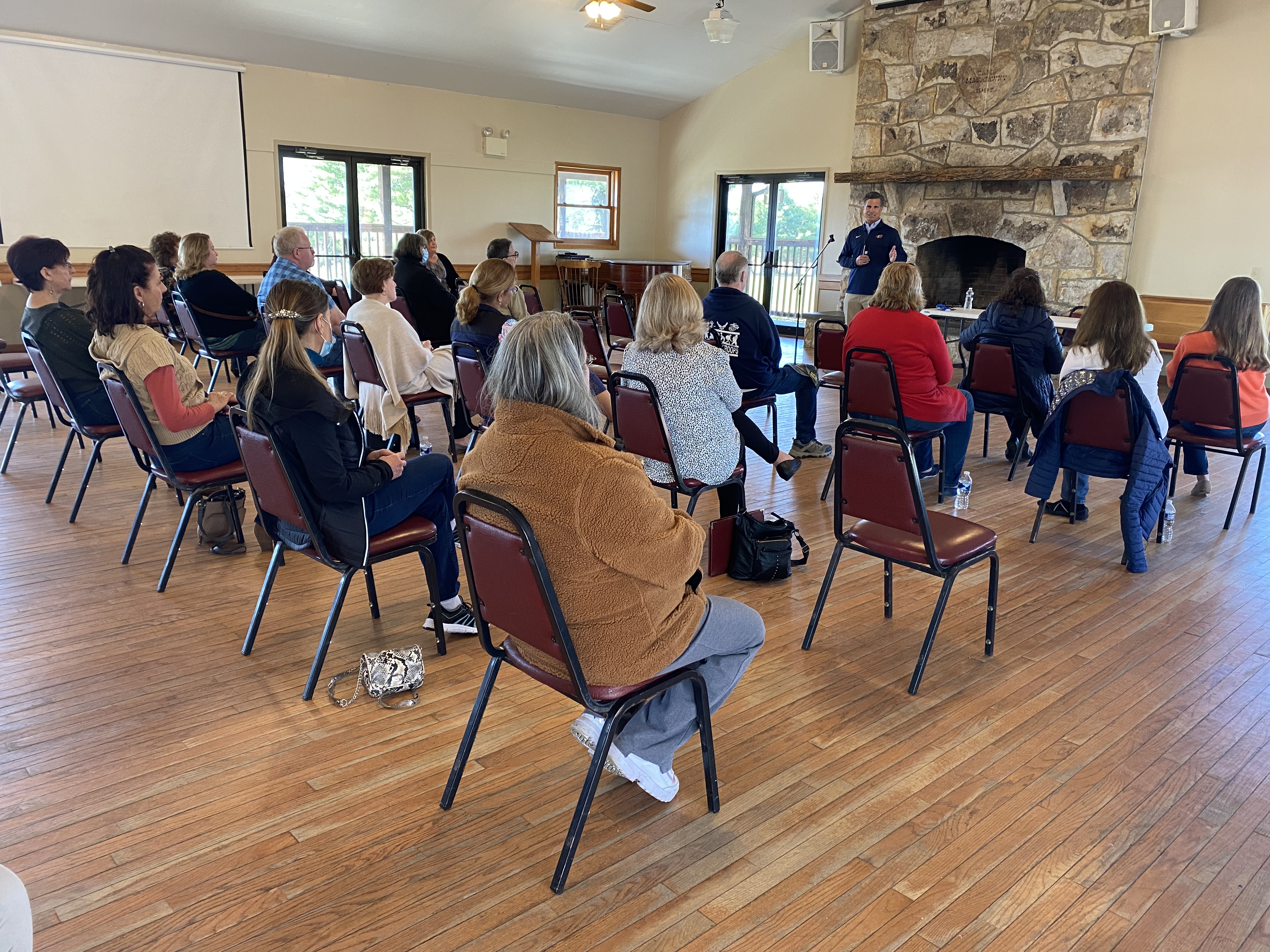 After my events yesterday, I made it over to Bucknell to watch my son, Danny's, first football game for Bucknell. I am proud to say that football has returned to Pennsylvania, albeit in the spring. We had great fan attendance at a home game against Lafayette. Our Bucknell team did not disappoint and had a 38-13 victory. My son did get into the backfield and had a few runs. Great team effort. Go Bisons. 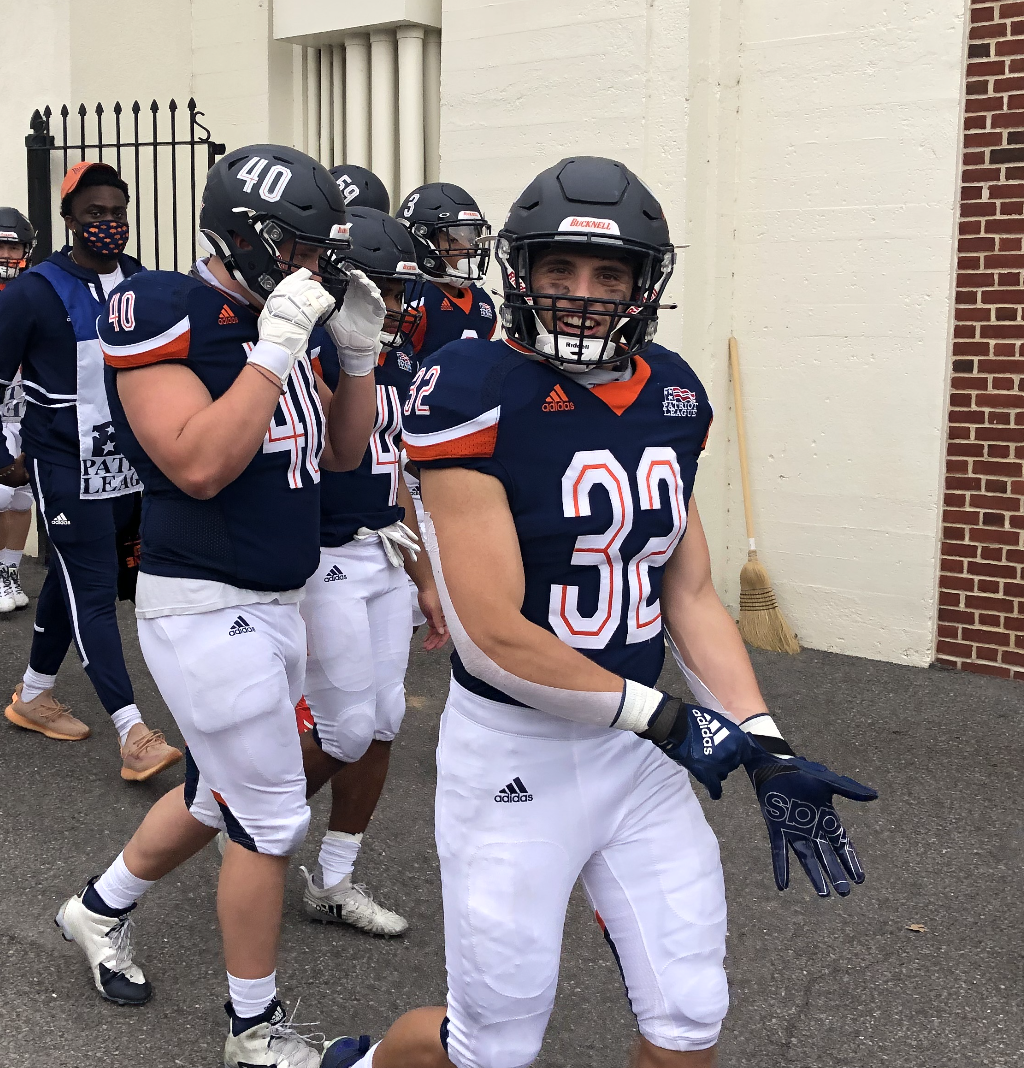 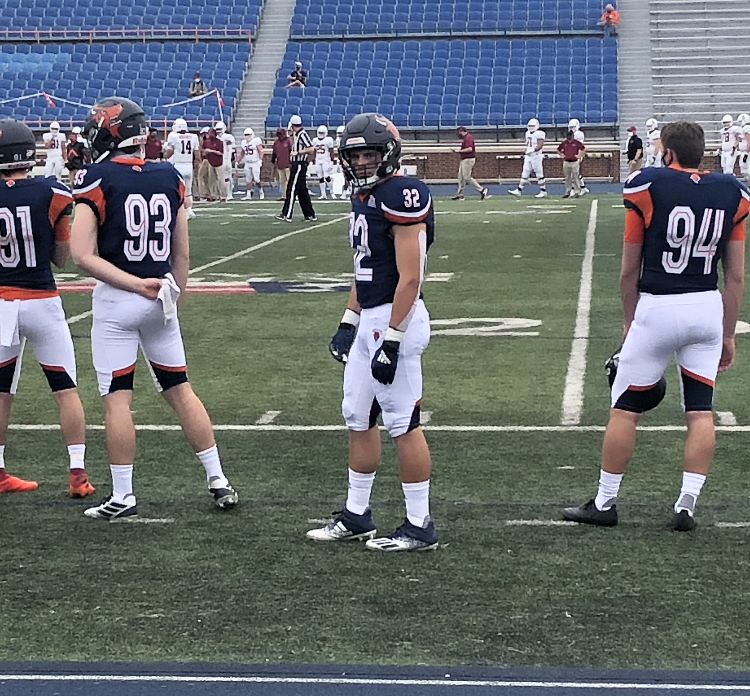