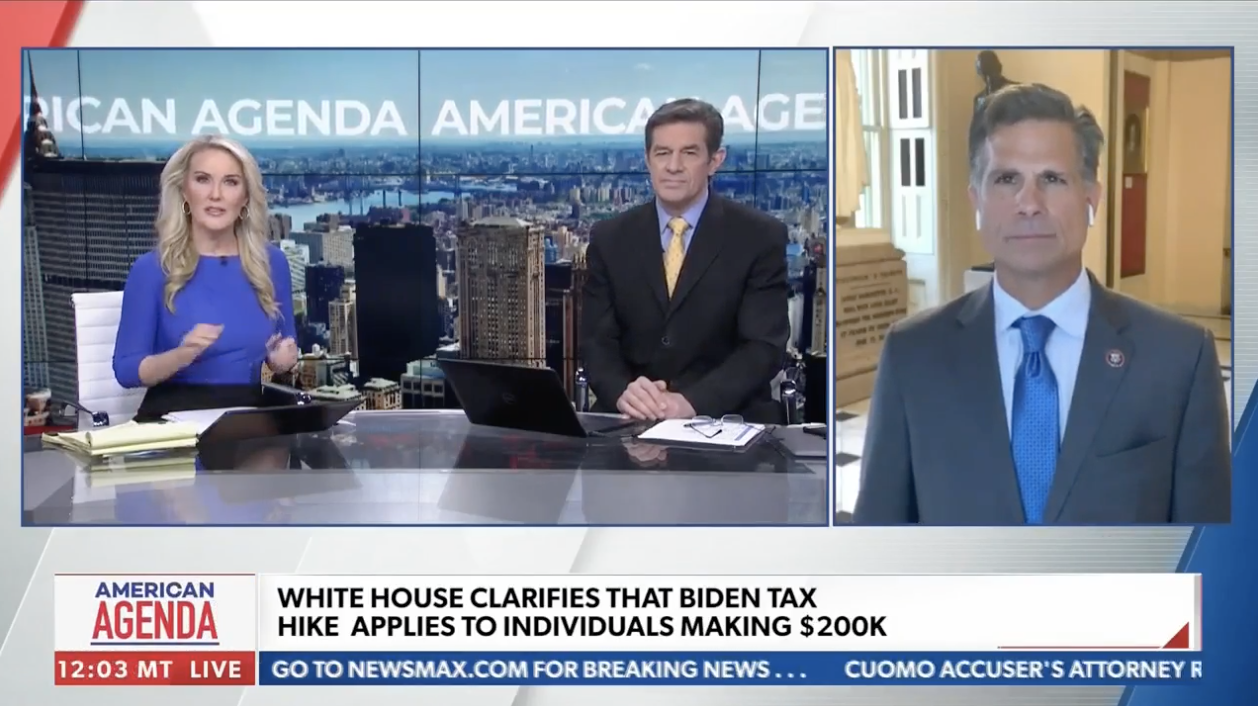 In D.C. this week, Democrats pushed H.R. 6 or amnesty for illegal immigrants which will only exacerbate the crisis at the border. The Biden Administration has announced to the world that our southern border is open. Today, he announced that taxpayers will be putting illegal immigrants up at hotels to the tune of nearly $100 million. These incentives for those breaking our laws to come into our nation illegally are just one example of the upside down policy agenda of the Democrats. I voted strongly to oppose this bill.

Additionally, I championed and supported the Paycheck Protection Program (PPP) Extension Act of 2021. This bipartisan legislation will extend the application deadline for first and second-round PPP loans until May 31, while giving the SBA until June 30th to process all pending applications. Importantly, this extension will allow more small businesses to access the $92 billion in remaining funds to stay open and help fuel our economic recovery.

IN NEWS YOU WON’T HEAR IN THE MAINSTREAM MEDIA: While President Joe Biden, our Governor and other Democrats have failed to call for our schools to reopen, other Governors have opened their schools without any issues. Just as the Governor of Rhode Island has shown, their schools have been open since the fall, you can open schools safely. Pennsylvania and other liberally led states need to open their schools.

The science is in – schools can safely reopen. Keeping schools closed has devastating effects on the mental health, social and economic situation, and academic achievement of America’s children. It’s past time for President Biden and our Governor to stand up to Democrat special interest groups and put our families first.

I joined Fox Business to discuss the importance of reopening our schools. Click here or on the image below to watch my interview. 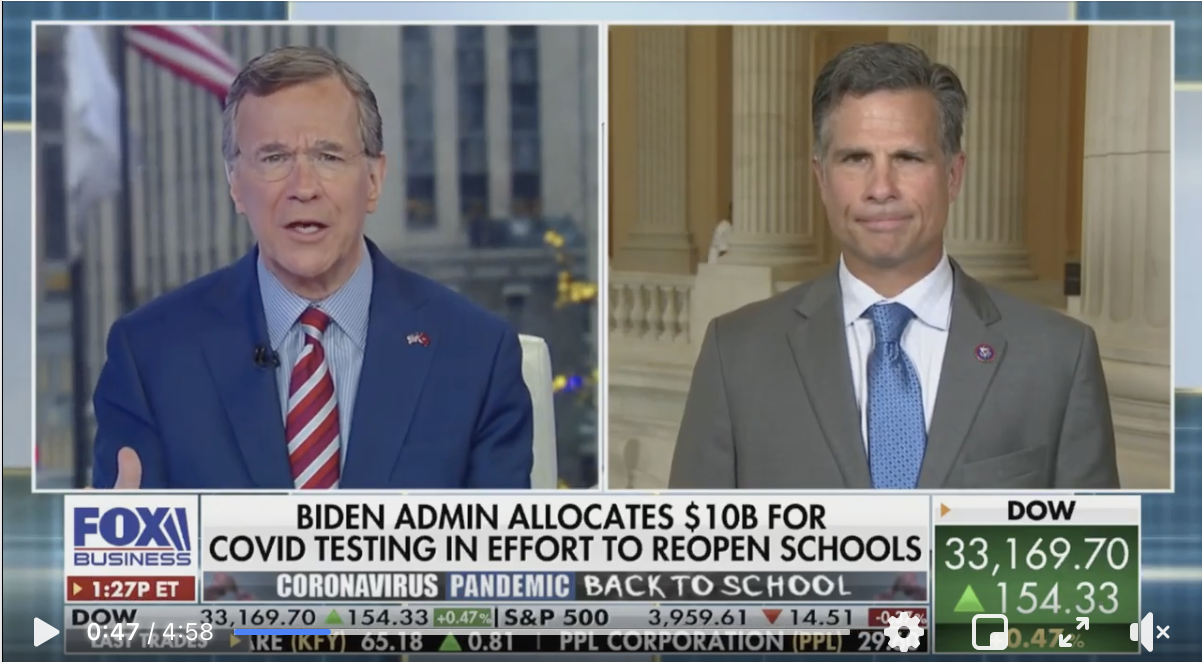 Additionally, I participated in an interview with Julie Mason on Sirius XM. We discussed details of the nearly $2 trillion stimulus handout, HR1, and my role on the Small Business Subcommittee. Click here to listen. 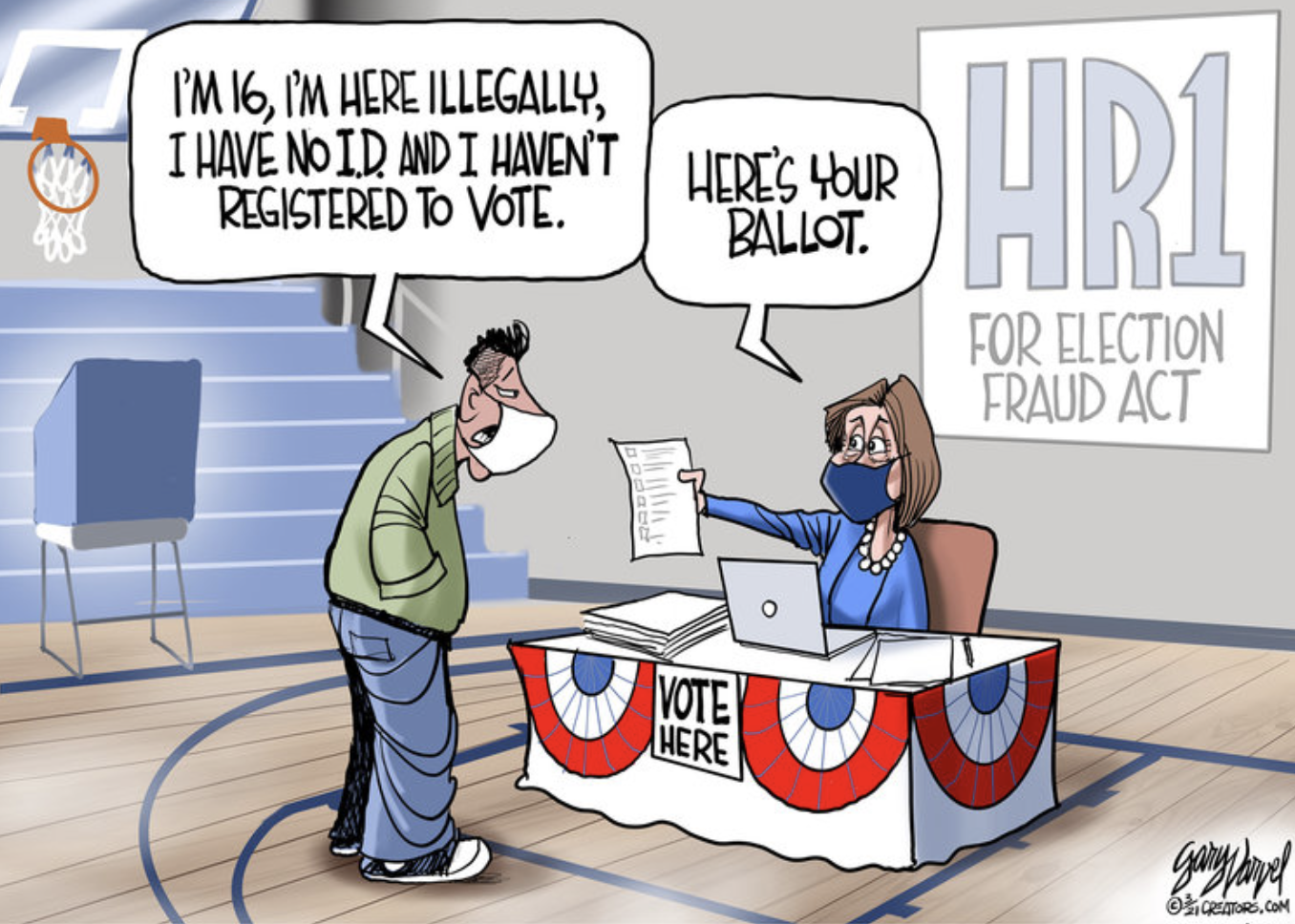