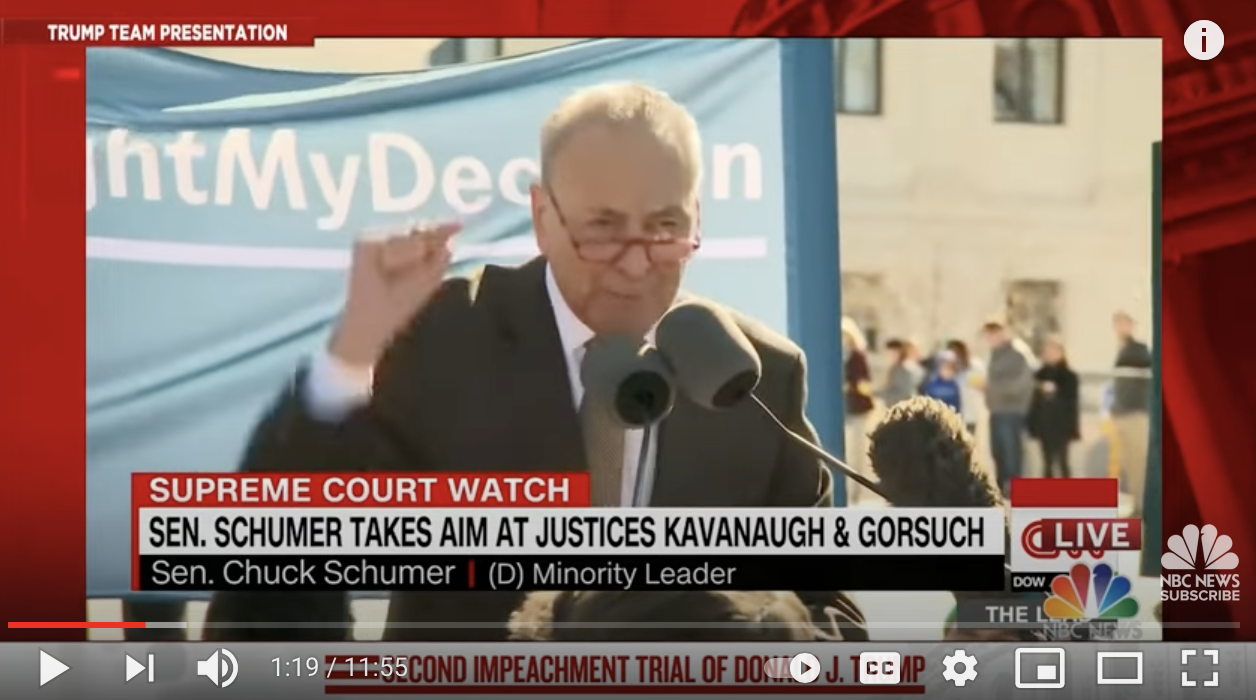 I appeared on CBS-21's Face the State program to discuss the Democrat's impeachment effort and the response to the Covid-19 pandemic. Click here or below to watch. 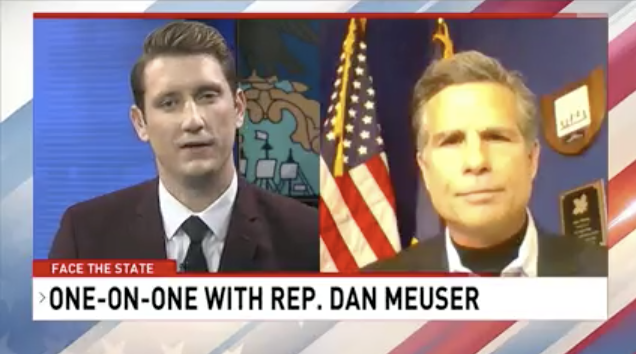 I am pleased the Senate chose to vote down the impeachment attempt again. This effort was blatantly political, and it is frankly time move on. The truth is that the rhetoric on both sides is too much, the Democrats are entirely too focused on governing through politics and we need to start focusing on working together on issues that will help Americans and make our nation grow stronger.

President Joe Biden promised to work together and continues to express the need for ‘unity’. We have yet to see any bipartisan actions on his part. One place to start would be having some level of negotiation and compromise on Biden's $1.9 trillion spending plan. The spending levels that the Biden and Democrat-led Congress are proposing are in a word... OBSCENE.

We must work together to find compromise on a reasonable Covid-19 Relief bill that focuses on addressing the real needs including… increased testing capacity, making additional vaccines available, supporting our hospitals and healthcare providers and senior homes. We must provide funding to attack the virus with mass distribution of vaccine doses, then continue to address the needs of the economy and continue a targeted economic recovery plan. One thing is certain, providing an environment where the economy is able to open is the best stimulus we could deliver.

In News You Won’t Hear In The Mainstream Media: New York Governor Andrew Cuomo wrote a book on managing the Covid-19 crisis and was widely praised by the media for his efforts handling the virus. He even won an Emmy. This was all in spite of the fact his state was impacted worse than other states. Unfortunately, this story got worse. This week, additional news about how he mishandled nursing homes during the pandemic was released. The Governor held daily press conferences on the pandemic where he promised to deliver “just the facts.” In that vein, here are just the facts:

Much of this information came to light due to a report by the Democrat New York Attorney General Letitia James. Similar instructions regarding nursing homes in New York was delivered in Pennsylvania. Yet, our Attorney General Josh Shapiro has not acted. In fact, last May, Shapiro’s office announced with some fanfare that he would investigate the issue of nursing home deaths in the Commonwealth. Not surprisingly, we have received no investigation, no report, no comment at all from the Attorney General's office. I am sending a letter to the Attorney General's office this week asking for a similar report. The people of Pennsylvania deserve the truth.

Saturday morning, I attended the Berks County GOP Meeting. We discussed the latest events in Washington and in the District. We have Republicans running for statewide judicial office to local offices and it is critical we get out the vote for our candidates. 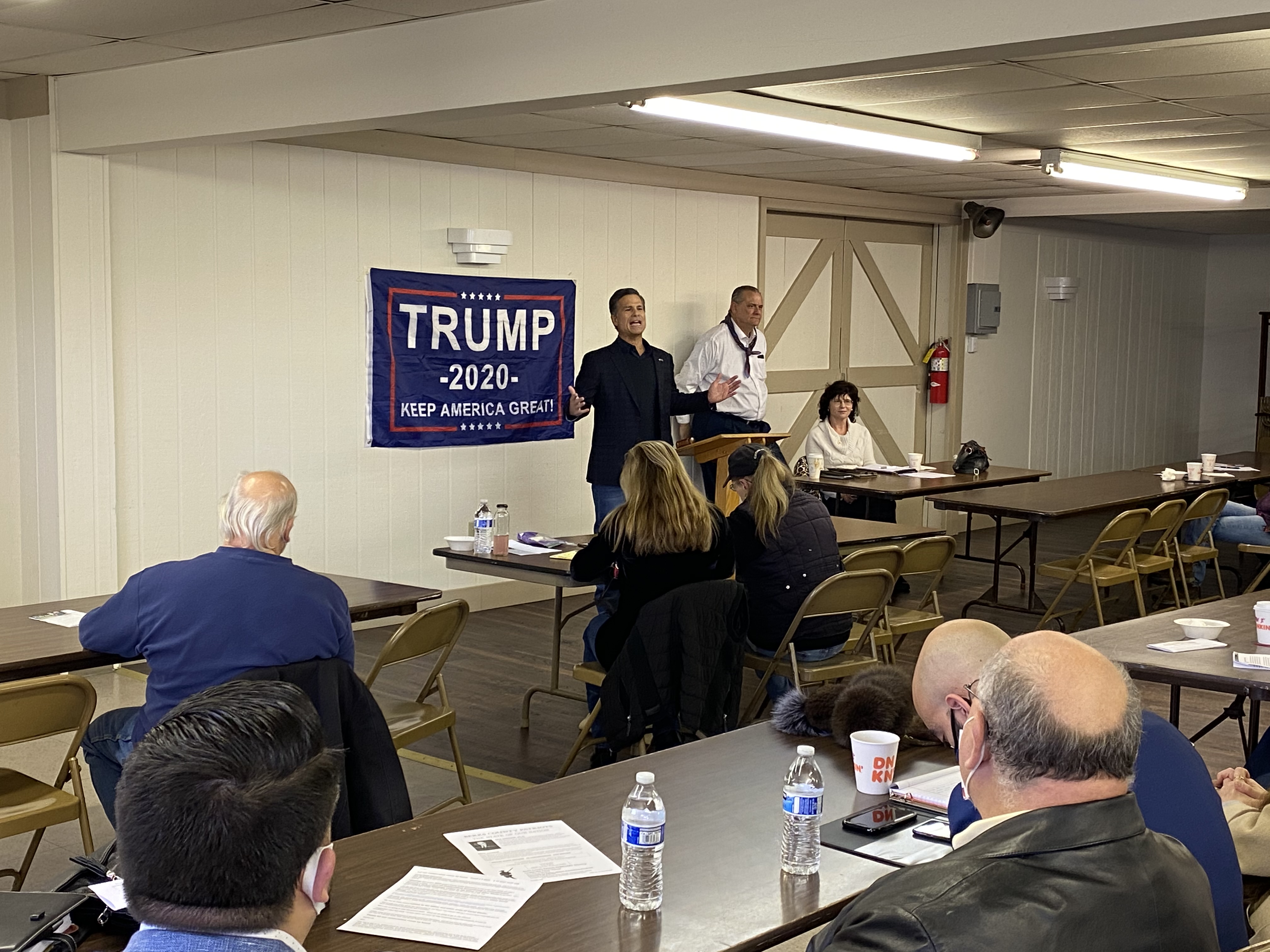 On another note, I continue to be dismayed by the "woke" cultures attempts to silence praise for our nation and those who fought and continue to fight to protect the freedoms we all enjoy. This week, Dallas Mavericks owner Mark Cuban was exposed for not playing the national anthem at home games throughout the year. This is wrong and I called him on it. I tweeted the message below.

Short after this news came to light, the NBA announced that the national anthem must be played before each game. I acknowledge that our nation is not perfect, (because we are human and no human is perfect) but we are living in the greatest nation in the history of the world. Honoring our flag and the men and women who protect our freedoms should never be controversial.

Lastly, I want to acknowledge the passing of two great Americans. Shelley and I were saddened to hear the terrible news that Congressman Ron Wright has passed away this past week. Ron and I entered Congress together in 2019, and I came to know and respect him while we both served on the Education and Labor Committee. Please keep his wife Susan, their three children, and nine grandchildren in your prayers.

Additionally, I want to pay my respects to former Pennsylvania State Rep. George Hasay who passed away. George was the consummate public servant, proudly representing the people of Columbia, Luzerne, and Wyoming Counties for 34 years. He had great respect for his constituents and even after his retirement, his advocacy for the betterment of his community and Pennsylvania never stopped. George was a role model and mentor to many and I was honored to call him a friend. Please keep his wife Nancy and their family in your thoughts and prayers during this difficult time.