Before we begin, I want to pause to remember Bob Dole, a patriot/WWII hero who was injured in battle/Senate Majority Leader/presidential nominee who passed early this morning. Senator Dole was a passionate public servant who cared deeply about our nation. Shelley and I send our heartfelt prayers to the Dole family. (Senator Dole pictured below receiving the Congressional Gold Medal in 2018.) 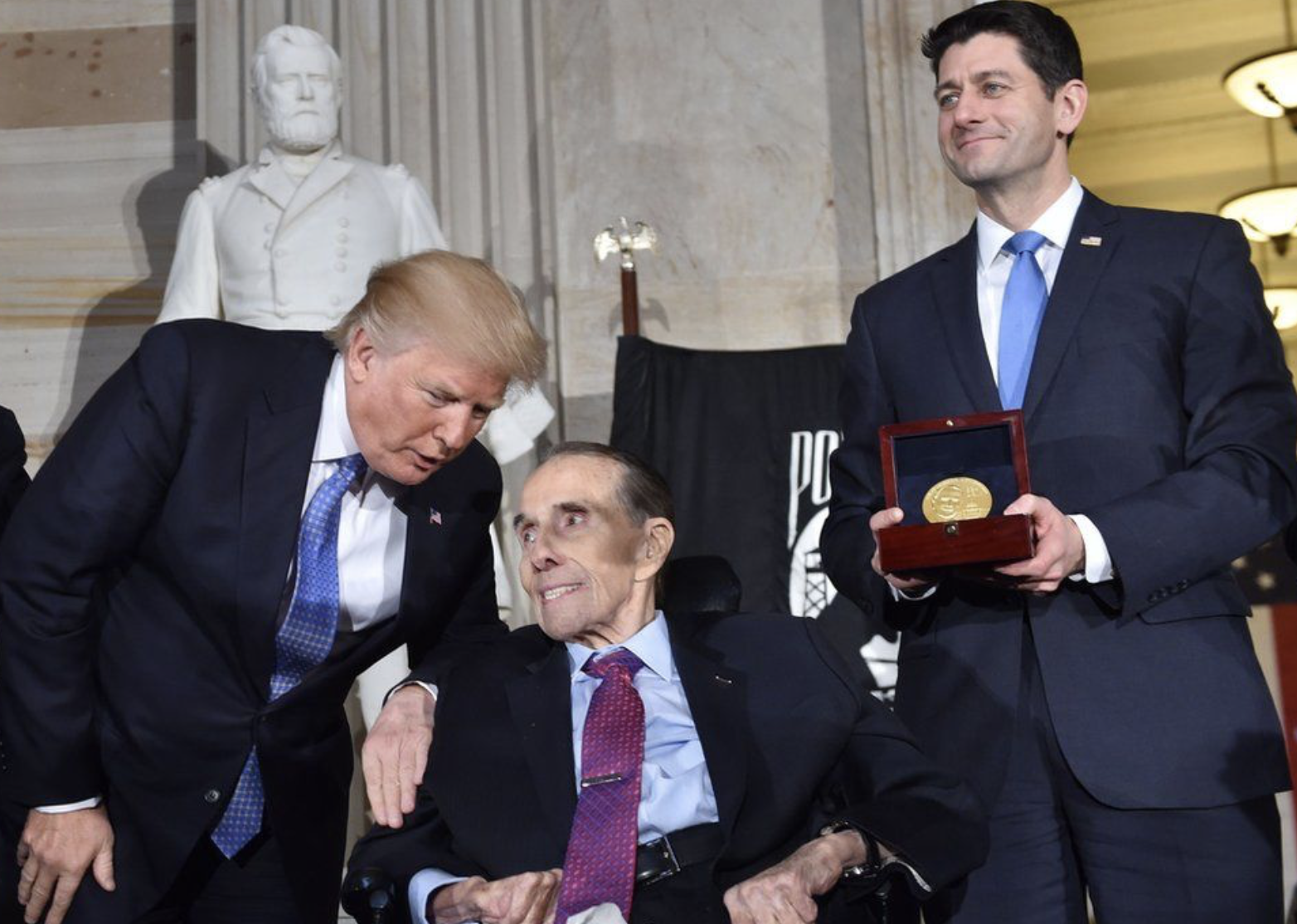 As community celebrations continue throughout the Christmas and Holiday season, we attended the Dallas annual Christmas tree lighting. There were over 400 in attendance with long lines for a very jolly Santa Claus. A special thanks to Brenda Pugh for her work and leadership. Santa Clause, who greeted over 100 kids, did look mysteriously like Alan Pugh.. but hey even Santa needs a helping hand on occasion. 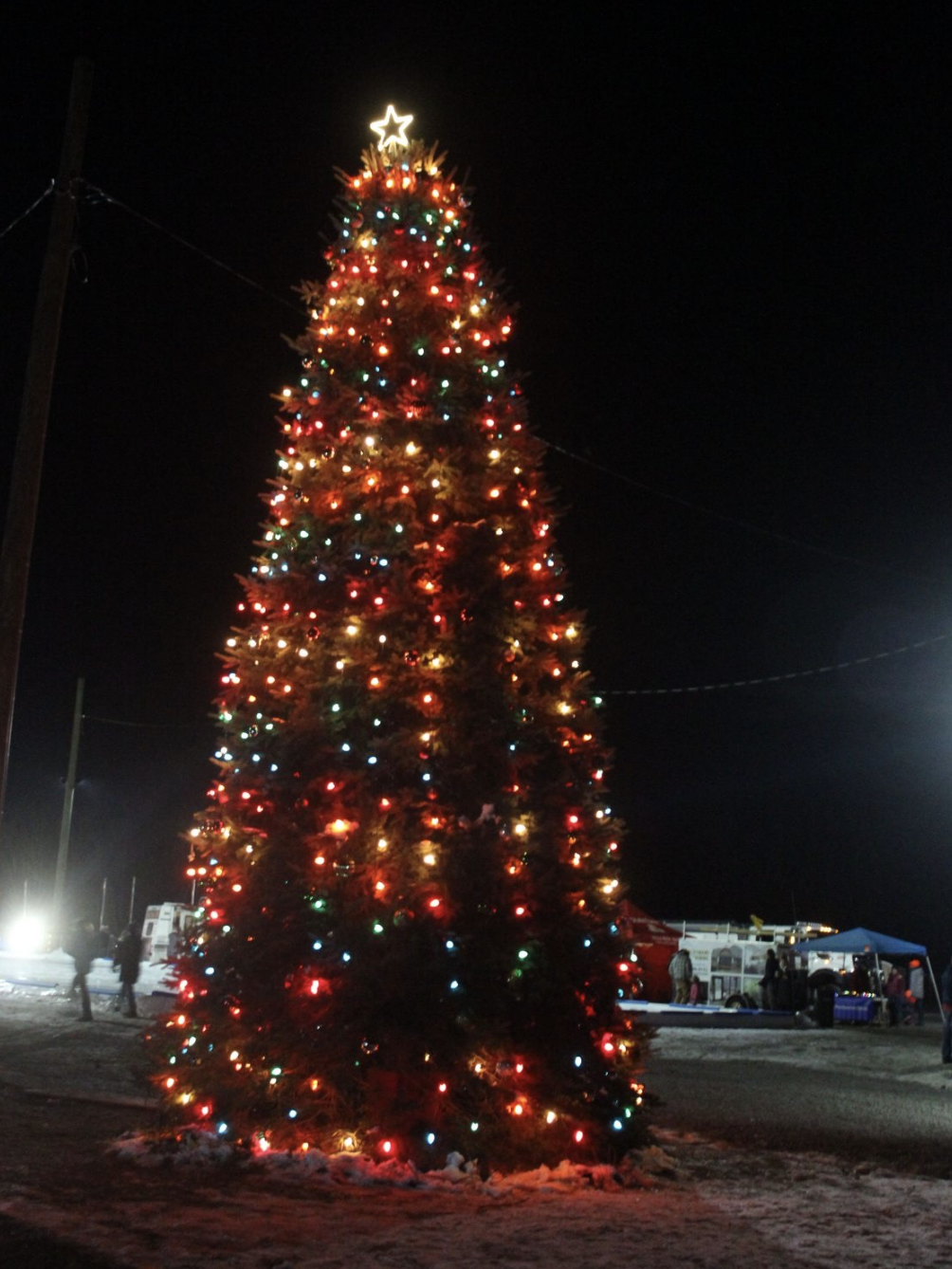 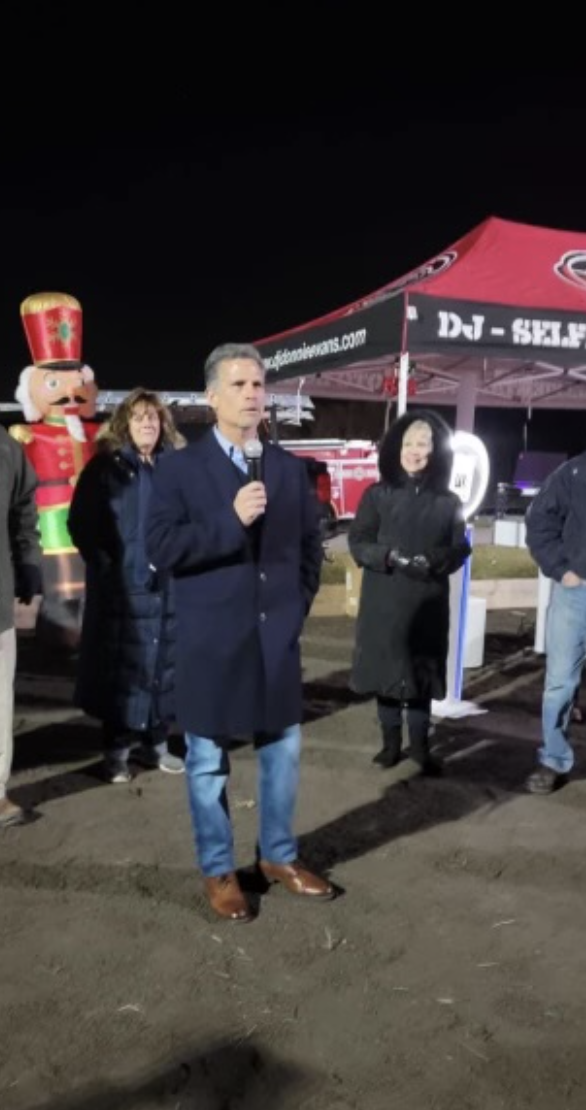 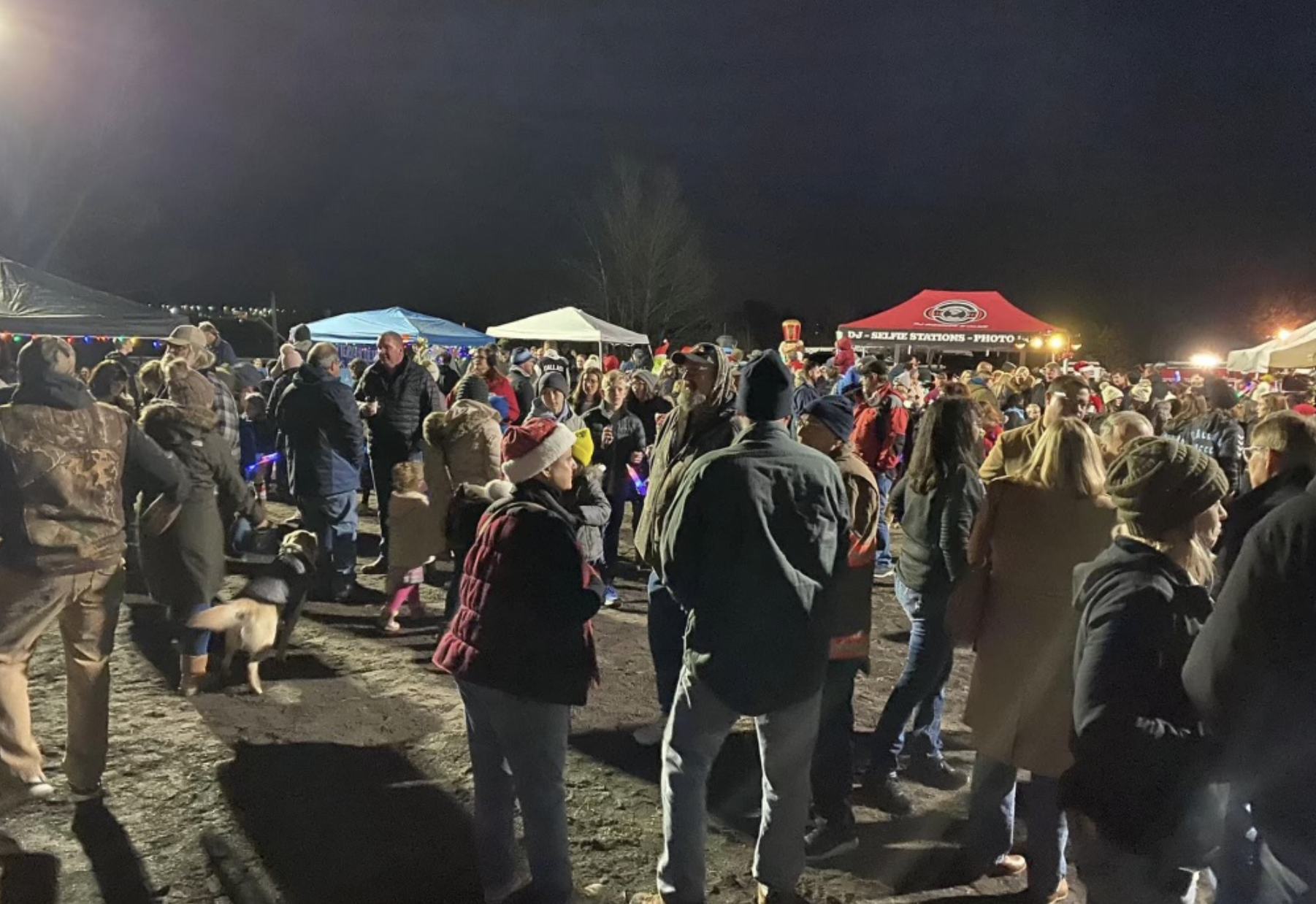 This week, we were in session in Washington. I joined Newsmax to discuss the supply chain crisis, which directly results from the broken policy agenda advanced by the Biden administration. Our small businesses and hardworking families deserve better than this lopsided economy. Too often, again, the Biden administration tells us just to suck it up. Last time I heard that Jimmy Carter was president.

The real answer to address our supply chain issues is to create the most competitive manufacturing environment here in the USA, so we stop so heavily relying on China. Unfortunately, the Democrats and the Biden Administration are doing just the opposite. By taxing and overspending, they are making us weaker and China stronger. When you go through all the issues... the disastrous Afghanistan withdrawal, the continued catastrophe at the border, the ongoing outbreak of Covid-19 with nothing new being done by this administration to improve the situation, out-of-control inflation, high gas prices, which has now become a national security issue (Due in large part to our newfound reliance on the Middle East and Russian oil), exorbitant new spending that is sending our debt into the stratosphere... this no longer a debate between the left and the right. This is now entirely a debate between right and wrong. 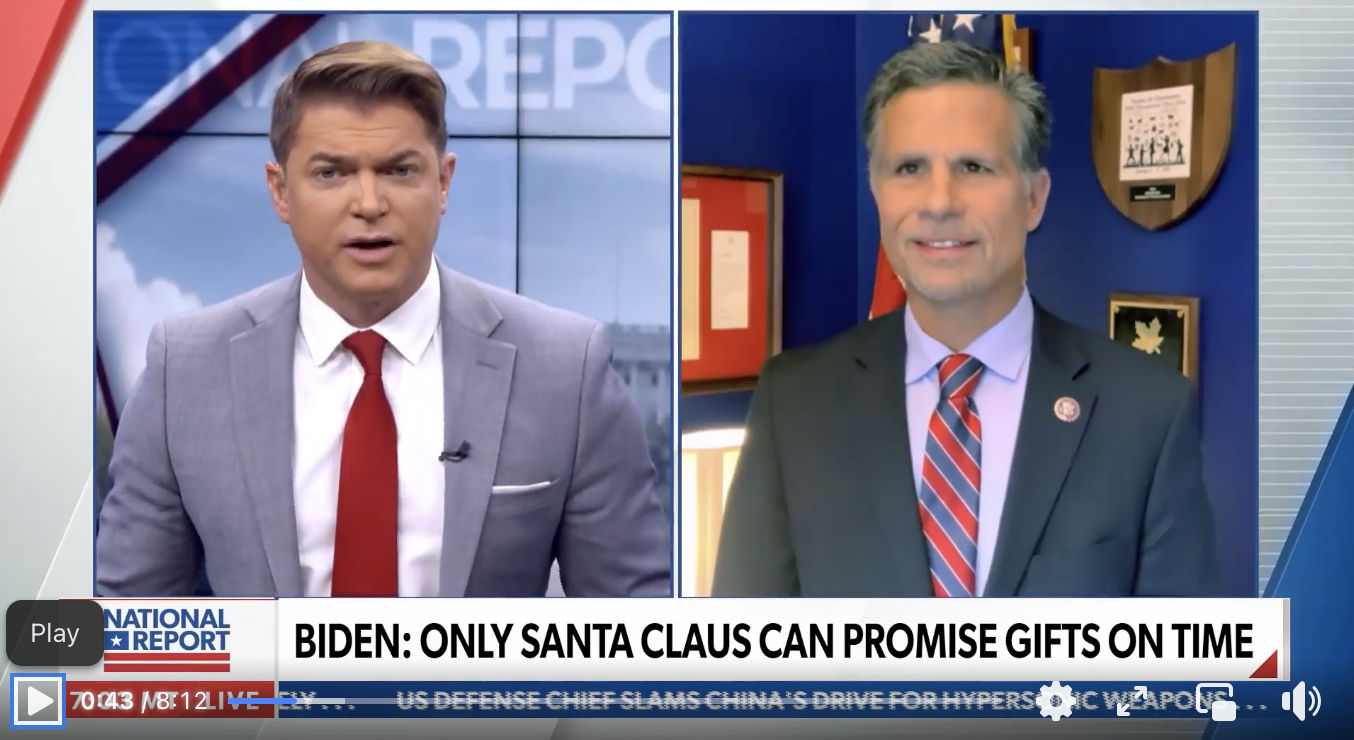 We also discussed the new Covid-19 restrictions, including new testing and masking requirements, travel bans for some countries, and other measures. But, of course, none of these restrictions apply to immigrants who cross our southern border illegally. The Biden administration is following a science…. political science. It's nonsensical.

I joined Newsmax's Rob Finnerty about the upcoming Pennsylvania race for U.S. Senate as well as the Build Back Broke agenda and the massive spending bill that is still awaiting a vote in the Senate. This bill attacks small businesses, hires 87,000 new IRS agents to go after business, far-left green energy provisions aimed at harming businesses, and massive deficits… This plan is going to cost over $300 billion this year alone. Click here or below to watch our interview. 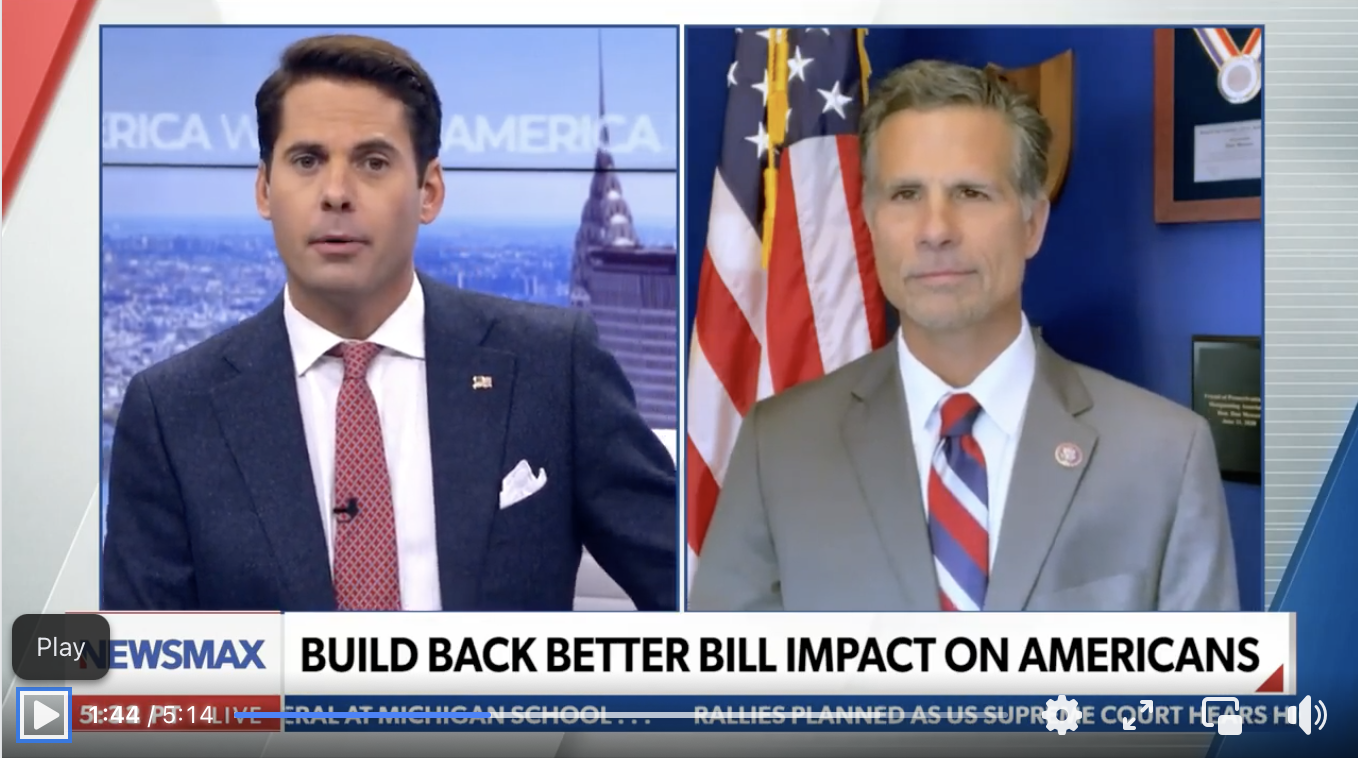 IN NEWS, YOU WON'T HEAR IN THE MAINSTREAM MEDIA: The Biden economy only added 210,000 jobs in November, falling short on economist predictions.

This is the worst jobs report of the year – November saw the fewest jobs return since Biden took office.

The Biden administration continues to fail our nation as it relates to the growth of our economy.

Look at the Biden administration's record in less than one year: 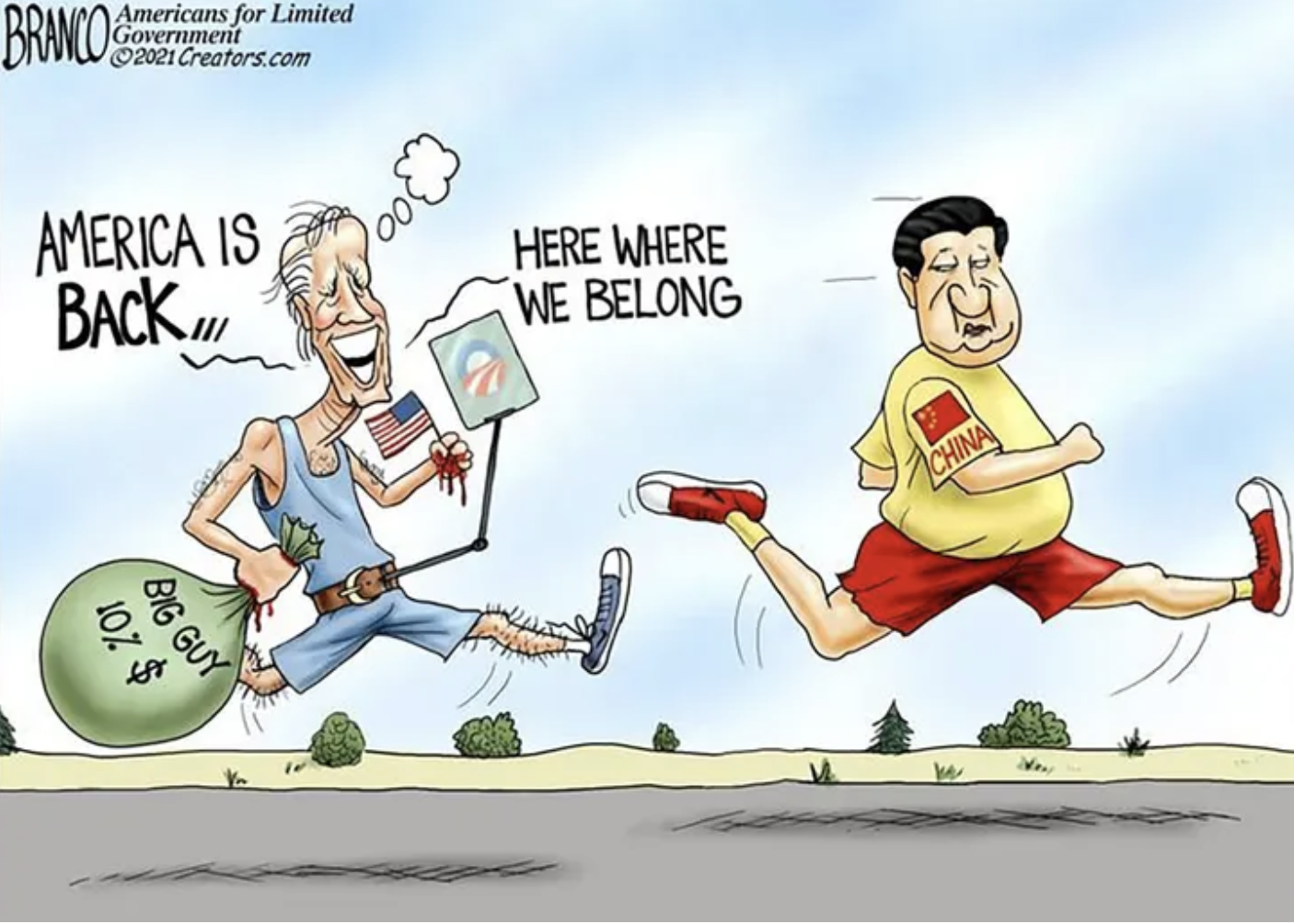 The only way to begin getting our nation back on track is by replacing the current leadership in Washington. That starts next year by retiring Speaker Nancy Pelosi once and for all by helping Republicans win back control of the House.

We are actively working on our campaign. On Monday, we held an event supporting our campaign to win back control of Congress. I want to thank supporters who attended our event on Monday, pictured below. 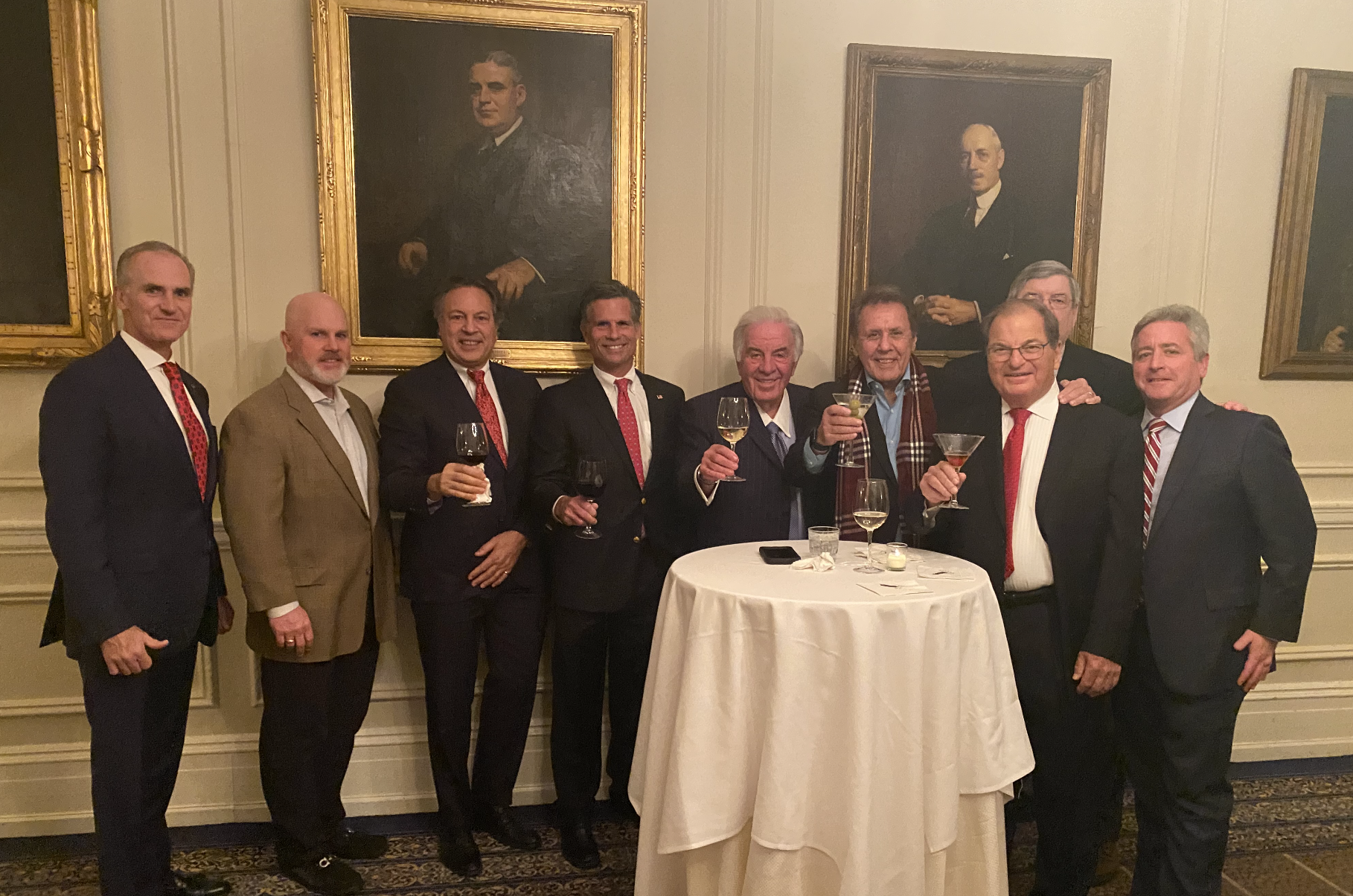 Lastly, yesterday evening, I attended an event hosted by Lt. Colonel John McDermott and his wife, Luzerne County Council member Lee Ann McDermott in honor of their son Ryan. He has joined the Air Force and is headed to boot camp on Monday. We wish Ryan the best and thank him for his service and patriotism. In addition, we thank all those who are serving and bravely fighting for our country.

Look forward to seeing you soon,