Before I begin, I want to wish you and your family a Happy and Blessed Thanksgiving. It is important to take a moment and reflect on how fortunate we live in the greatest nation in the history of the world.

While we are thankful, families can’t help but notice that the price we are paying for our annual holiday, the food, fuel, travel, etc., are all much higher than it has been in many, many years. That is absolutely a result of the horrific policies implemented by the Biden administration and the Democrat Congressional majorities. Inflation is at a 30-year high. The price of gasoline is up 61% from a year ago.

That’s If you can even find supplies at a grocery store for your traditional Thanksgiving meal due to the supply chain crisis. Here are some examples of how much prices have increased since a year ago due to the “Biden Thanksgiving Tax”: 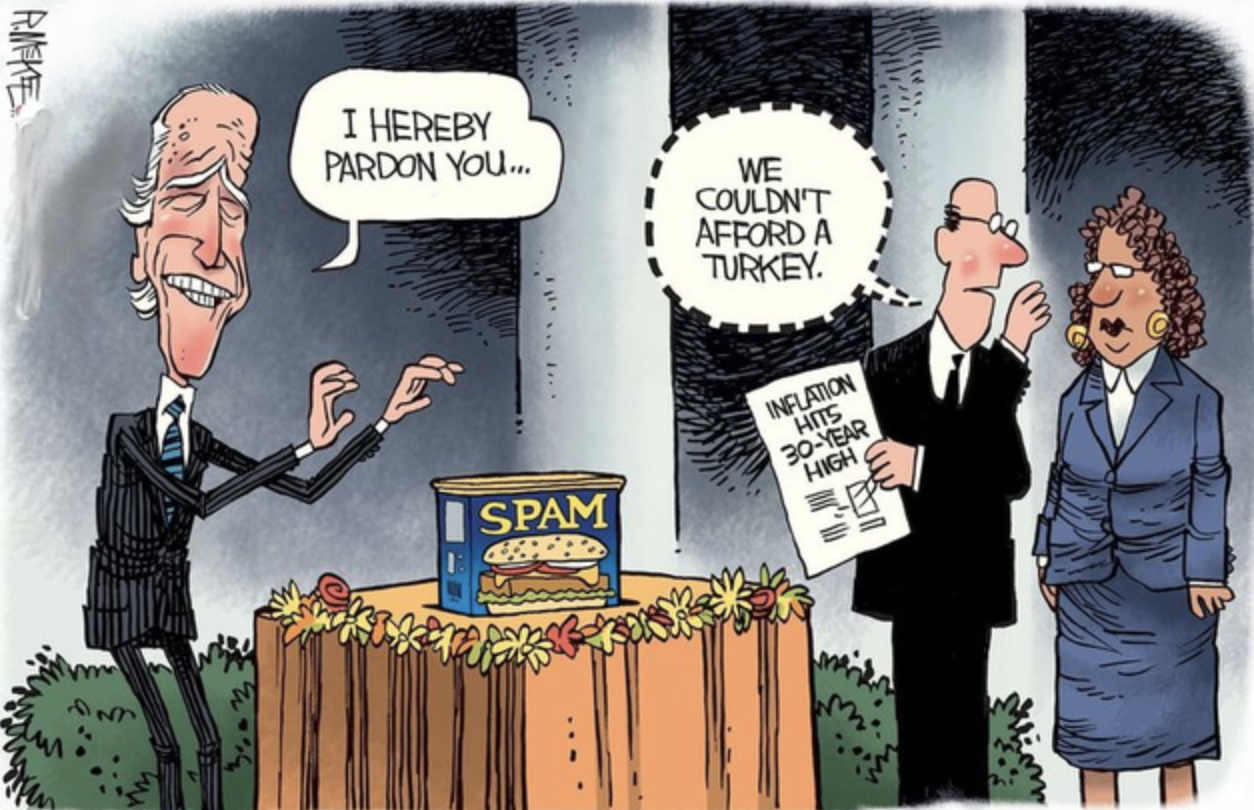 Rather than fight ways to offset record inflation, supply chain issues, or eliminating the policies that have crippled our domestic energy production, the Biden administration and House Democrats pushed forward with a multi-trillion-dollar wasteful reconciliation bill that adds $367 billion to the deficit. In my view, this figure is grossly underestimated. It is based on the false assumption that these new huge spending initiatives will only exist for 1-2 years. The reality is that these programs will be difficult to cut unless Republicans take control of the House. I am confident that we can win; however, we also need a fillibuster proof Republican U.S. Senate and a Republican President. So the reality is that many of the huge spending policies included in this bill will continue far longer and will dwarf the $367 billion figure. I spoke with Newsmax on Monday about the disastrous piece of legislation. Click here or below to watch. 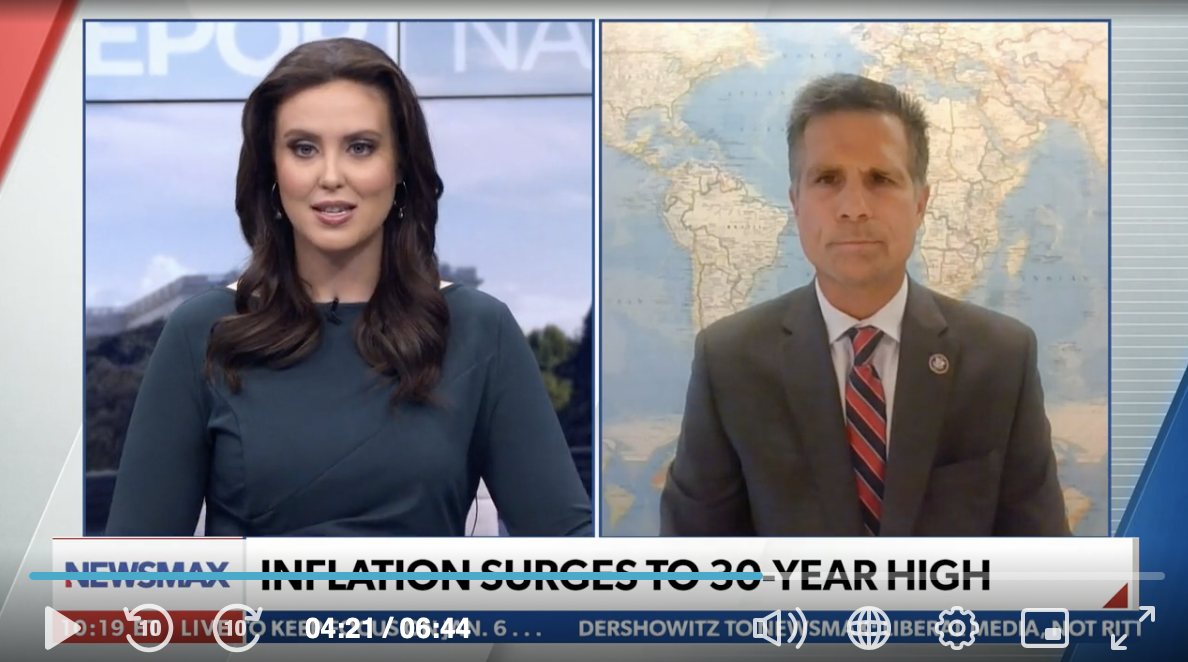 While I have supported standalone transportation, infrastructure, and revitalization legislation for months, I could not support spending $5 trillion of taxpayer dollars when there is only 20% dedicated to hard infrastructure. I believe most of the other 80% would be detrimental to our economy, national security, and global competitiveness.

IN NEWS YOU WON’T HEAR IN THE MAINSTREAM MEDIA: While the mainstream media has pushed for the passage of this massive spending package, they have not gone into detail on what is included in the Build Back Broke bill. This bill:

The Build Back Broke bill is the latest iteration of Democrats’ upside-down economic agenda, ignoring today’s problems and doubling down on failed policies. The reconciliation bill says more about Democrats’ big government agenda and does not reflect the actual needs of the American people. Instead, it will only exacerbate challenges currently facing working families and small businesses.

Fortunately, businesses received good news as OSHA halted the implementation of Biden’s vaccine mandate. I have said from the beginning, the Biden administration’s vaccine mandate is an unconstitutional, gross overreach of the federal government’s authority. This policy would have only exacerbated the issue many employers have finding employees. Furthermore, the decision to get vaccinated is best left to a patient and their doctor. Additionally, mandates do not work. Time would be more effectively spent convincing Americans why receiving the vaccine is in their best interests.

Another significant issue facing our nation has been the major disruptions we have faced with our supply chain. The primary reason an issue exists is our nation’s over-reliance on foreign products. Rather than wait for ships to arrive from China with goods for our nation, we need to implement policies that encourage domestic manufacturing. Chips power today’s tech and the future’s – this future must be Made in America. The CHIPS Act creates jobs, powers our economy, and strengthens national security. 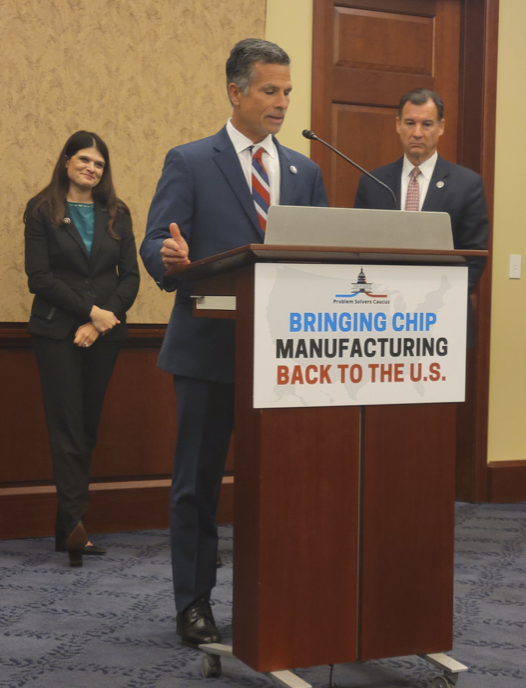 In honor of our great veterans, I wrote an op-ed that was printed this week in the Wilkes-Barre Times-Leader.  As a member of the House Foreign Affairs Committee and also represents Fort Indiantown Gap, the home of Pennsylvania’s National Guard and one of the nation’s busiest National Guard Training Centers in the nation, I am fortunate to witness firsthand the character, bravery, and selflessness our servicemen and women display every day. There are nearly 48,000 veterans in the 9th Congressional District who risks their lives to protect our nation and ensure the freedoms we enjoy today. I encourage you to read the op-ed as our veterans have kept America strong.

Last but certainly not least, I want to touch upon the acquittal of Kyle Rittenhouse. While the mainstream media and liberal elites attempted to push a conviction of this young man, I was pleased to see that the jury decided the case’s merits on the facts. While not privy to all the information shown to the jurors, this seemed to be a textbook case of self-defense. The underlying issues facing police reform can and must be addressed, but that begins with supporting our law enforcement officers.