I hope you and your family have had a Happy Halloween.

While it is not uncommon to see ghosts and goblins are walking the streets this time of year, the real scares are coming from far-left Democrats who are making it scary for hardworking Americans. Many across the country are struggling under the Biden administration and the Democrat leadership’s excessive tax-and-spend agenda that is causing record inflation, lower wages, supply-chain issues, and skyrocketing gas prices. 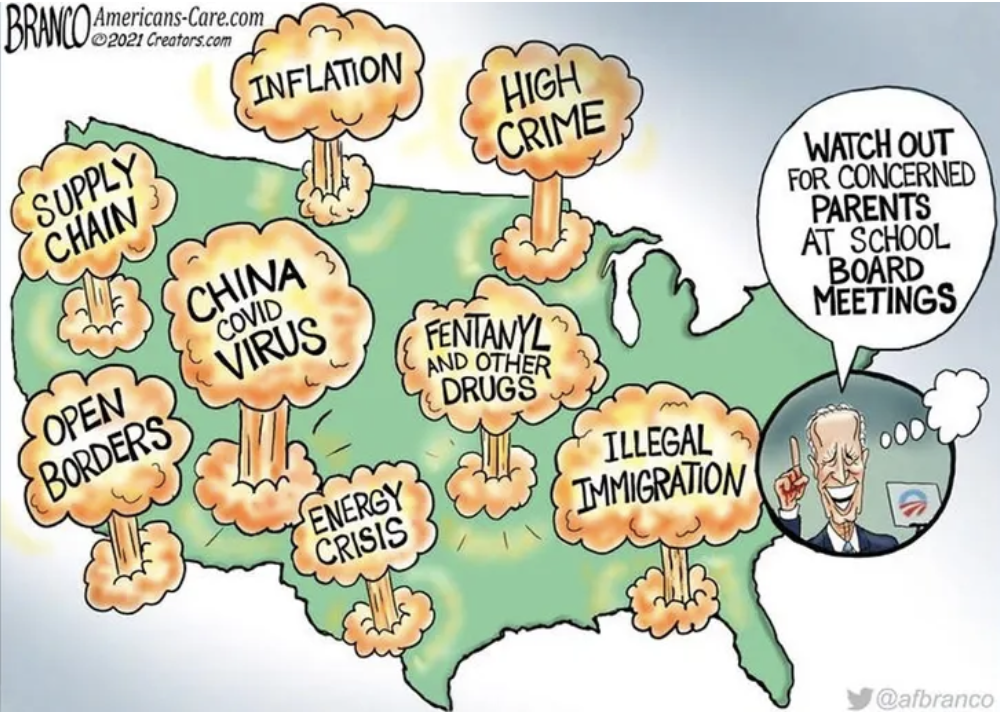 While the Biden administration continues its attempts to pass the “Build Back Better” agenda to address the growing disasters they created, the reality is that the result will only make things worse by dramatically increasing the size of government and spending. It would be more aptly named the “Build Back Broke” agenda. The New York Post details how the Biden administration’s “Build Back Better” agenda is the same socialist, far-left agenda drafted by Senator Bernie Sanders… just with a new name. Click here to read.

The Biden administration has worked with congressional Democrats to negotiate a nearly $2 trillion spending plan that dramatically increases taxes and spending. Unfortunately, he has again tied the passage of this far-left spending bill to the infrastructure bill. I cannot support this legislation as it will only do further damage to our economy and exacerbate the inflation and supply chain issues we are experiencing. I appeared on Newsmax on John Bachman Now to discuss the reconciliation bill and the growing supply chain crisis. Click here or below to watch. 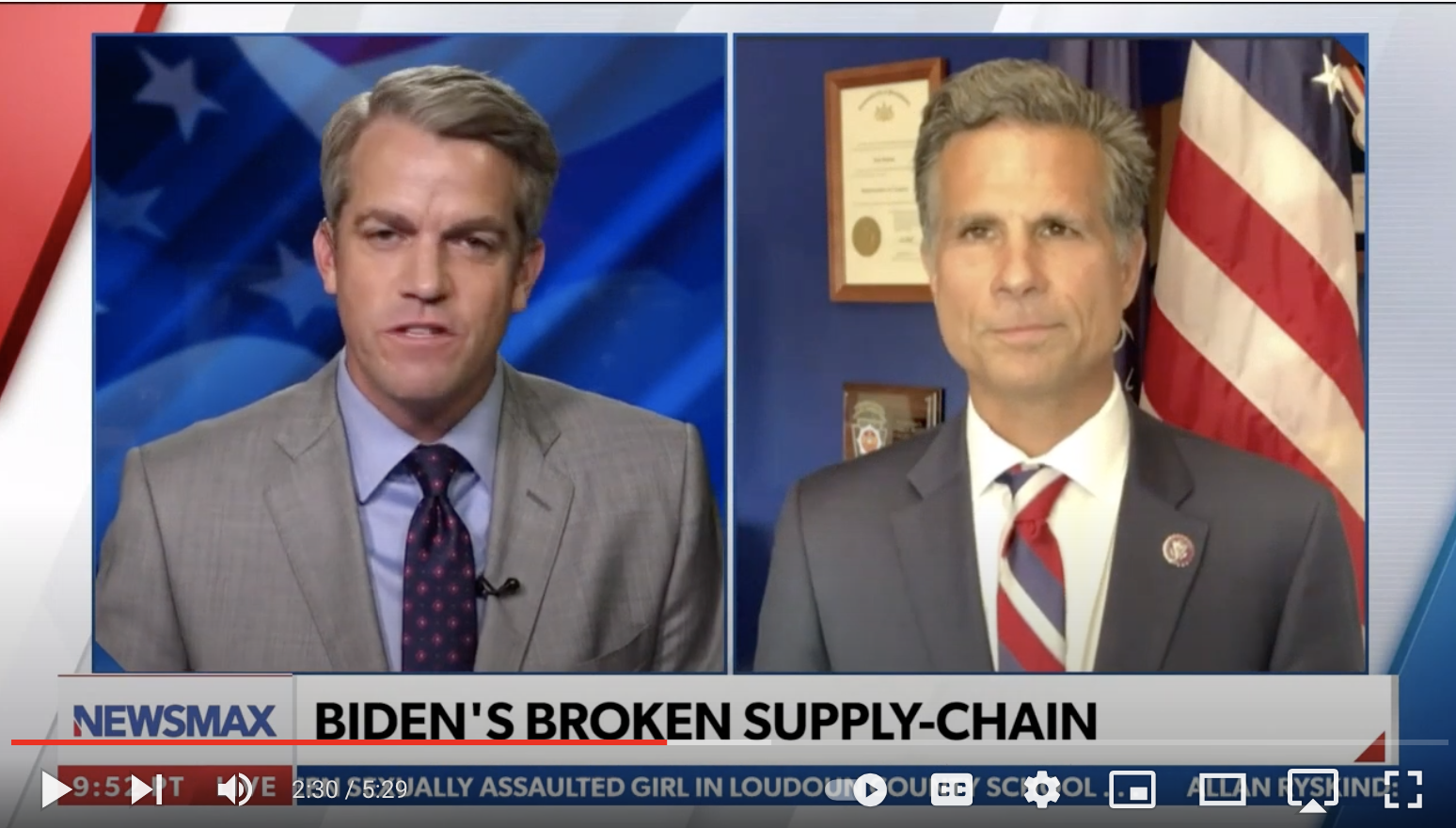 With the holidays approaching, demand will increase as it does every season. But, unfortunately, the Biden administration’s failure to address the inflation and supply chain crises will make this Thanksgiving and Christmas the most expensive anyone can remember. I joined Morning with Maria Bartiromo on Fox Business to discuss these issues and how the Biden administration continues to make all the wrong moves… on supply chain issues and the mess that still exists in Afghanistan, where Americans are still inexplicably being held hostage. Click here or below to watch. 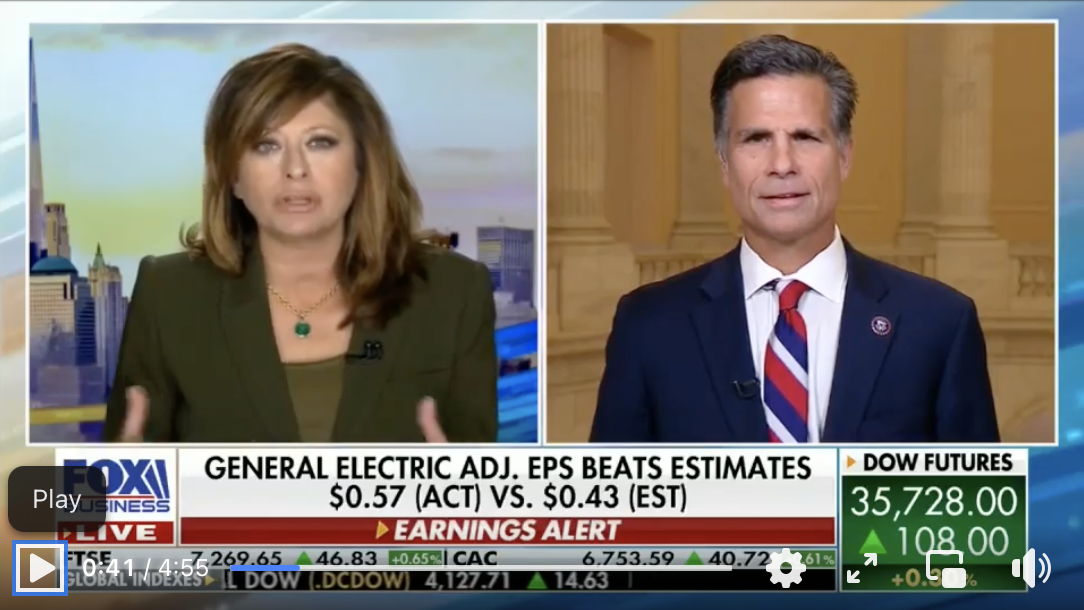 Speaking of Afghanistan, we will never forget the sacrifices of our brave men and women in Afghanistan. I was honored to have cosponsored H.R. 5142 that just passed the House that would award the Congressional Gold Medal to the 13 service members killed in Afghanistan on August 26, 2021.

As we remain concerned about the vetting process surrounding the large number of Afghan refugees entering the nation, countless problems are developing due to the record influx of illegal immigrants entering through our southern border. To help ensure that when immigrants identified as sex criminals and predators are not permitted to enter the nation, I joined my colleagues in cosponsoring The Better Enforcement of Grievous Offenses by unNaturalized Emigrants (BE GONE) Act. Click here to read more.

IN NEWS YOU WON’T HEAR IN THE MAINSTREAM MEDIA: While Joe Biden doesn’t know how to address rising gas prices, Republicans do. The average price of gas in the nation is $3.39 per gallon… a 7-year high. In fact, gas prices haven't been this high since Biden was Vice President. Republicans have introduced legislation that would:

This would help us as we work to reimplement the policy agenda of President Trump and Republicans that focused on domestic energy production and was making our country energy independent. Unfortunately, the Biden administration has implemented policies that have us going back in time to the days when we were forced to rely on the whims of OPEC and other enemies of our nation. America needs to be energy independent… like we were last year.

This week, we received news that Nacero has announced that they are making a $6 billion investment in Luzerne County. This project will create 4,000 jobs, reclaim hundreds of acres of mine scarred land, and advance Pennsylvania’s reputation as a leader in energy innovation. The plant’s affordable low and zero carbon footprint gasoline will reduce carbon emissions nationally, improve local air quality and reduce our reliance on foreign oil by producing a fuel that Americans can use in the cars they drive today with half the carbon footprint of existing fuels using Pennsylvania natural gas. In addition, it will make our region a leading example of what American ingenuity and hardworking Pennsylvanians can achieve.

Election Day is on Tuesday. As I have stressed many times, we must elect our Republican candidates for statewide judge, Supreme Court candidate Judge Kevin Brobson, Superior Court candidate Megan Sullivan, and Commonwealth Court candidates Judge Drew Crompton and Stacy Wallace. Polls are open from 7am-8pm. If yo are unsure where to vote, you can locate your polling place by clicking here. 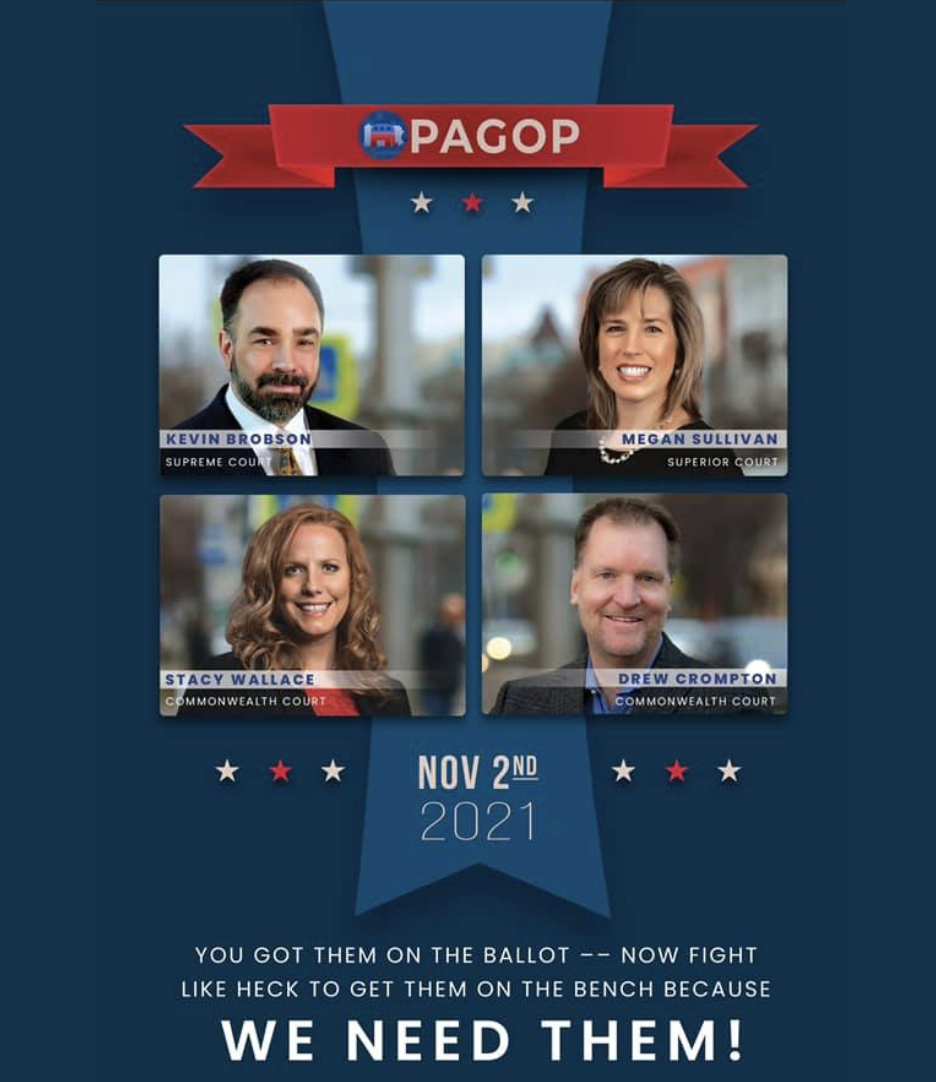 Additionally, with many local elected offices up for grabs, it is critical Republicans get out the vote to fight against the radical far-left agenda being employed and spreading from Washington and Harrisburg to many of our local communities.

On Tuesday, we begin to put our nation back on the right track by electing Republican candidates to offices from statewide judicial offices to our local school boards. Wins on Tuesday help prepare us as we work to Retire Nancy Pelosi, win back control of the U.S. Senate, and elect a new Republican governor in Pennsylvania.