First and foremost, Shelley and I wish to extend our heartfelt thoughts and prayers to the people of Florida, South Carolina, and all the other states impacted by Hurricane Ian. This devastating storm tragically resulted in countless lost lives and destroyed a great deal of property and critical infrastructure. We also thank and pray for the brave first responders, linemen, and others assisting with this historic rescue and clean-up effort.

I have been in regular contact with some of my U.S. House colleagues representing Florida, as well as the head of the Florida Emergency Management. We have constituents with homes, as well as friends and family, who have been impacted. Fortunately, Florida has strong leadership and is working round the clock to perform rescues, get to those in need and soon begin restoration. The level of damage is severe and extensive. Thousands of emergency responders have been deployed. Godspeed to all impacted. I, and my office, will continue to monitor, respond and offer assistance as best we can.

As inflation continues to rise and higher prices are crippling American families, the Biden Administration and Biden Democrats in Congress continue to push for increased government spending. 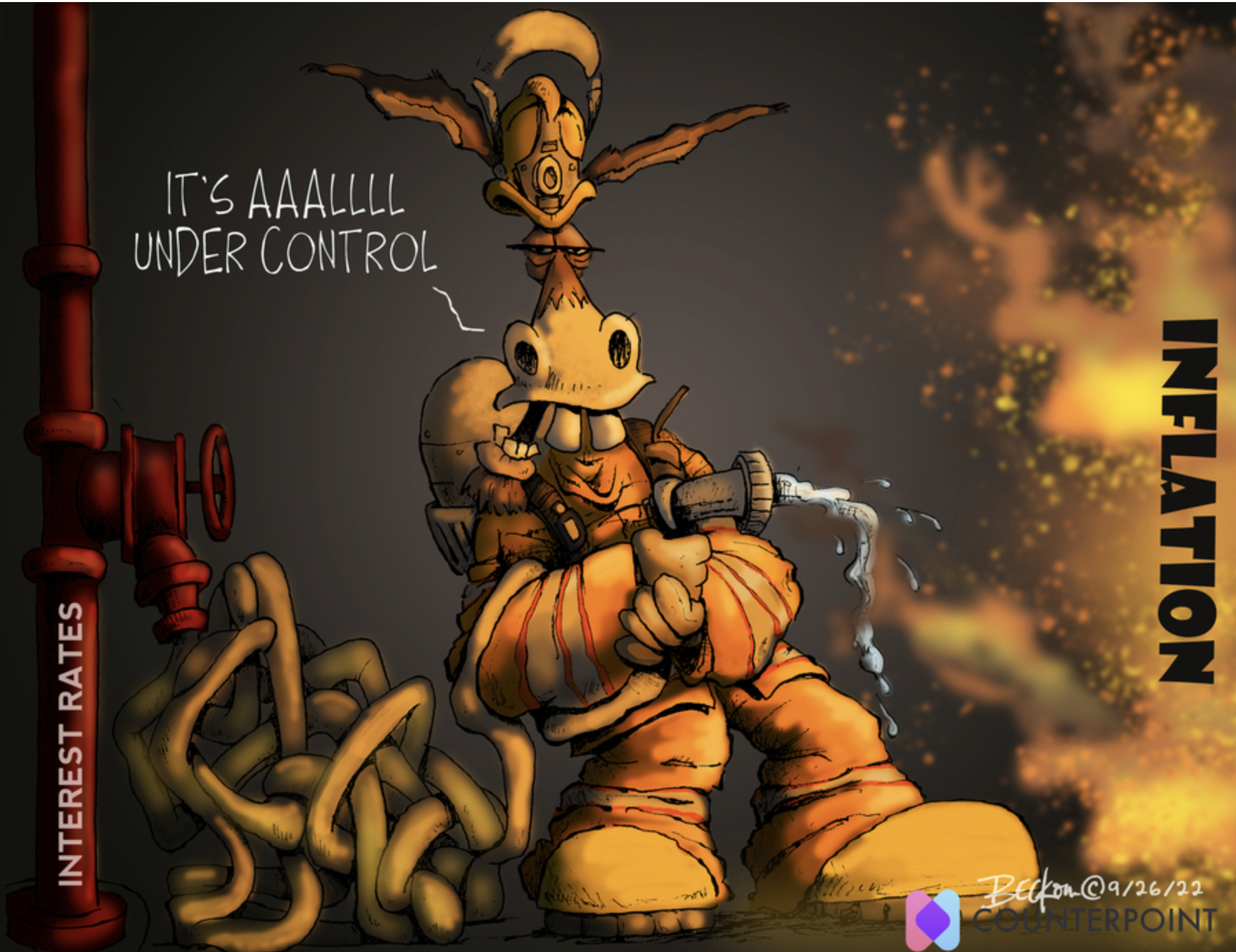 Americans can’t afford it, and it will only exacerbate inflation issues. That’s why Republicans must recapture the majorities in both the U.S. Congress and U.S. Senate. Republicans have a plan, and we can Make America Great Again… Again.

This week, I was pleased to join House Republican Leader Kevin McCarthy and my House Republican colleagues to highlight our commitment to an economy that's strong, a nation that's safe, a future that's built on freedom, and a government that's accountable. This is our Commitment to America. Click hereto read our plan. 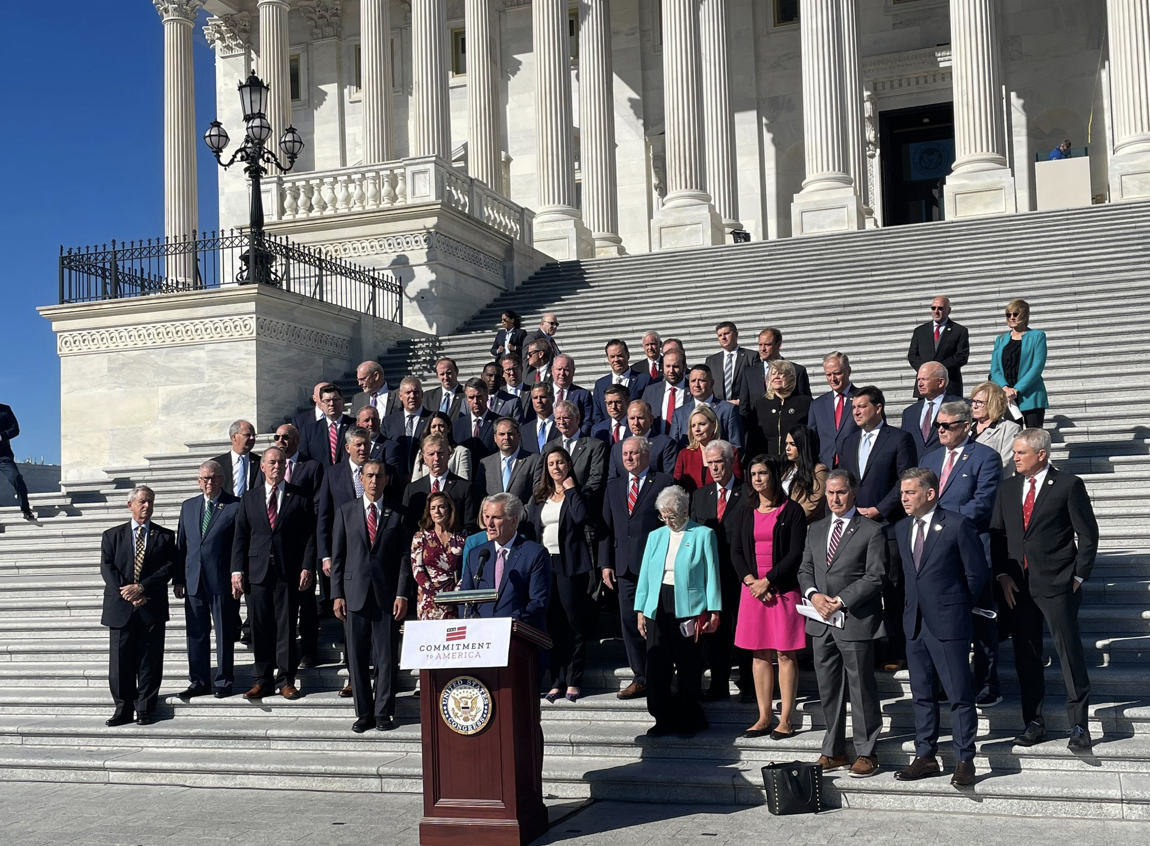 I spoke to Steve Lance at NTD News about The "Commitment to America" and what needs to be done to put the brakes on rampant inflation due to the economic policies of the Biden Administration and Democrats. Click here or below to watch. 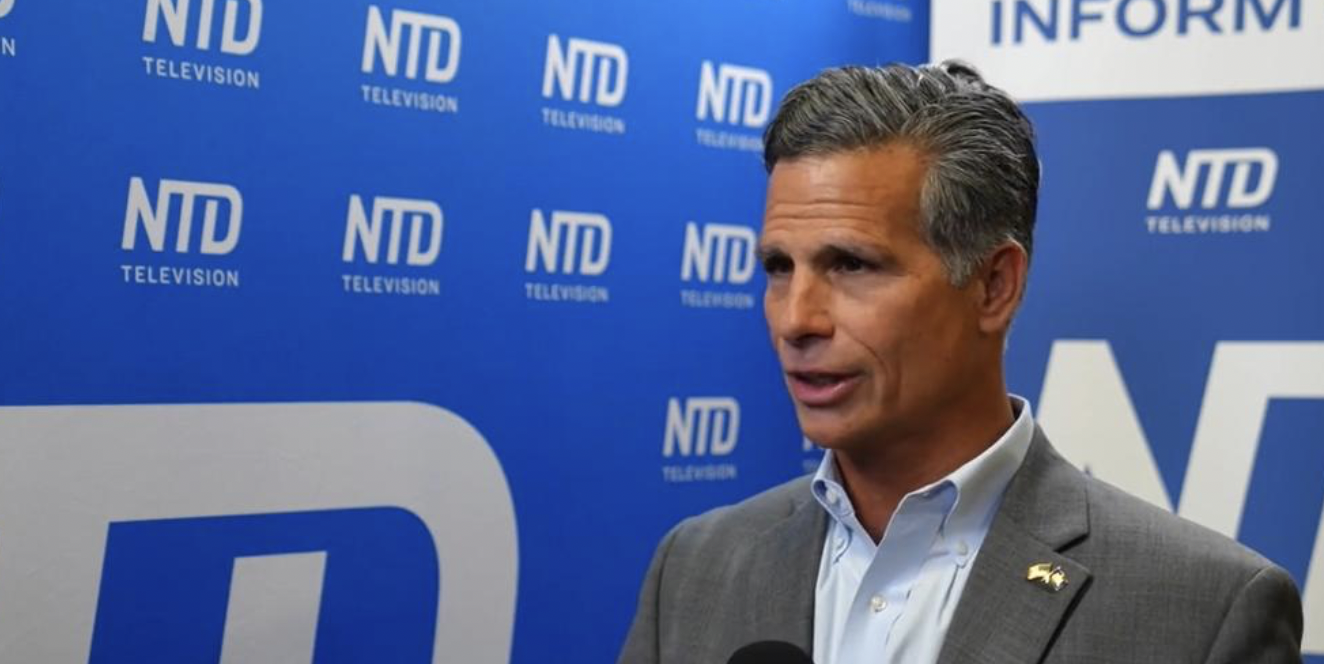 This week, I appeared on Newsmax’s "American Agenda" to discuss the over-the-top arrest of a pro-life activist by two dozen FBI agents in front of his wife and children over the weekend in Pennsylvania and the status of discussions over a short-term bill to fund the government. Click here or below to watch my interview. 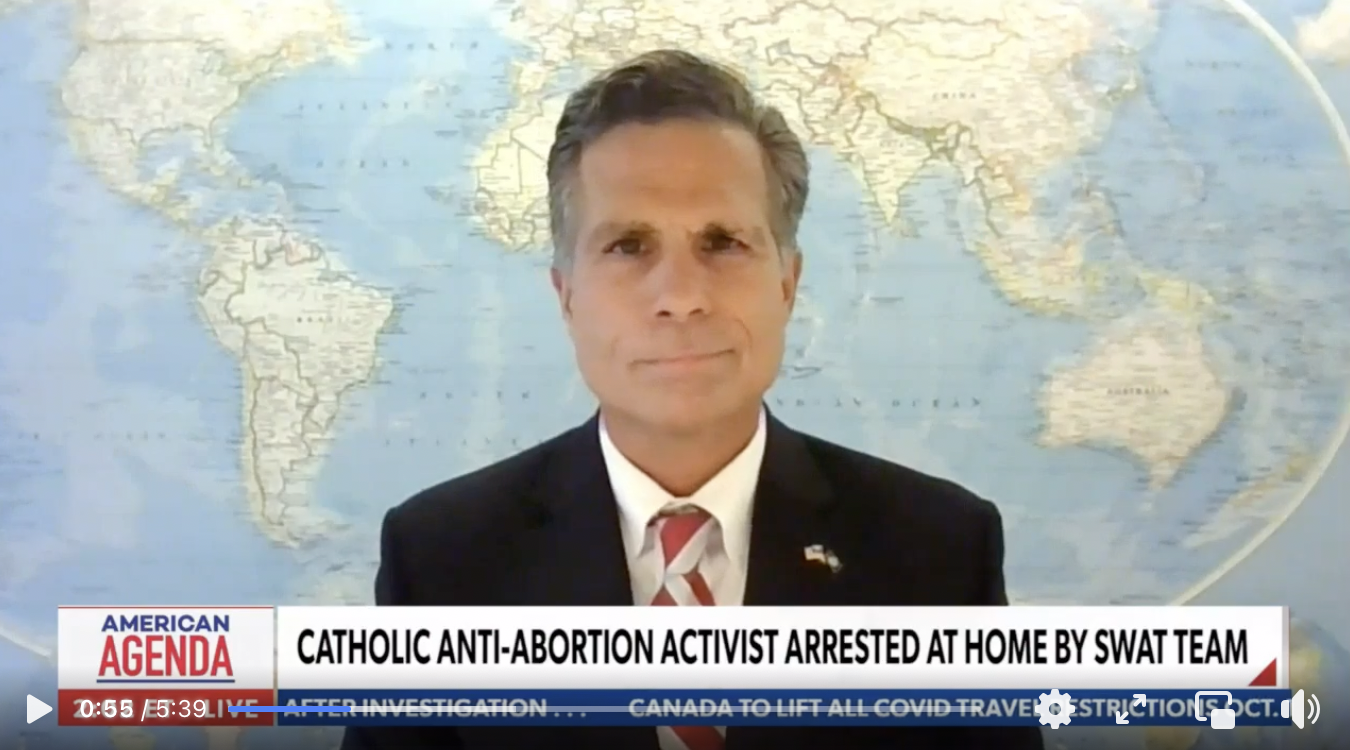 I had the opportunity to attend the dedication of a portion of Route 11 in Shickshinny that will now honor the late State Rep. George Hasay. He served the people of the 117th Legislative District for 34 years, beginning in 1972 at the age of 23. George passed away in 2021 at the age of 73. The intersection of Main Street with Oak to the intersection of Main with Route 239 will now be known as "The Honorable George C. Hasay Memorial Highway." Rep. Karen Boback sponsored legislation to honor our friend. We were also joined by State Sen. Lisa Baker. 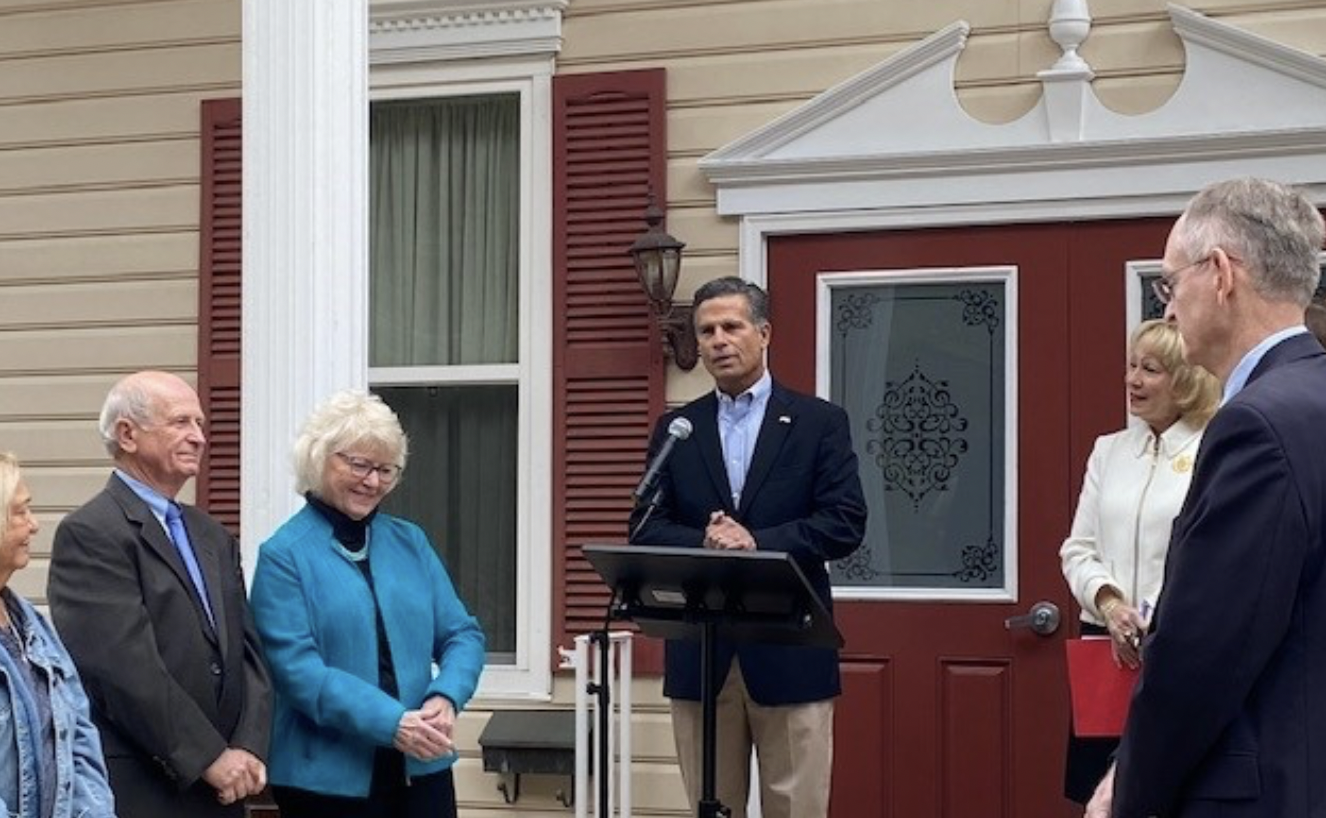 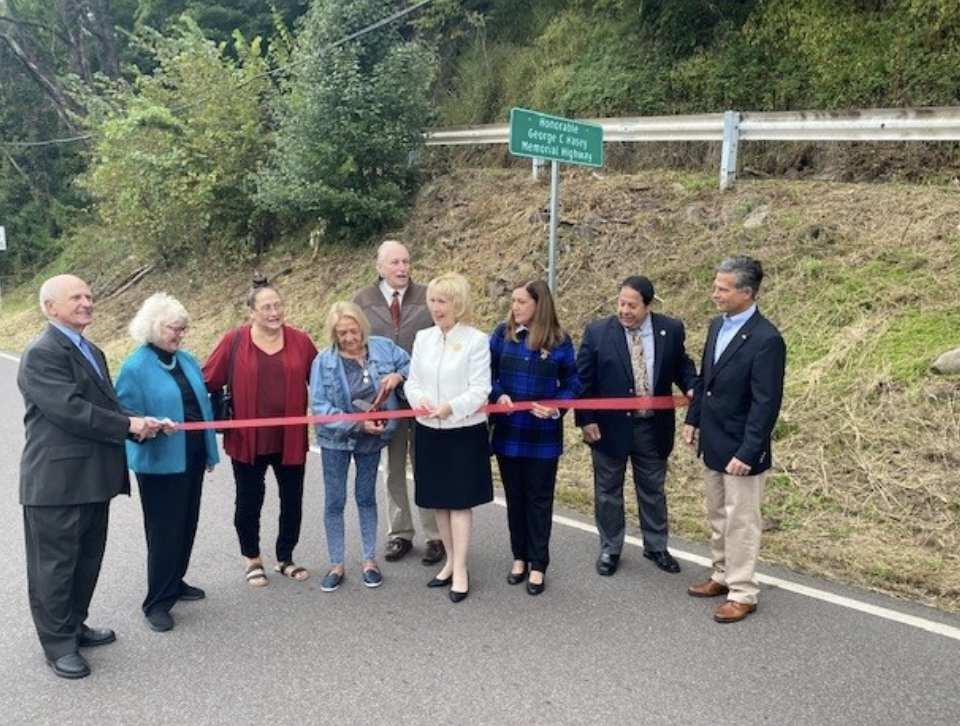 Later that evening,  I joined our great candidate for the 118th district for State Representative, James May, as we rallied support for his campaign at PNC field with many great guests. 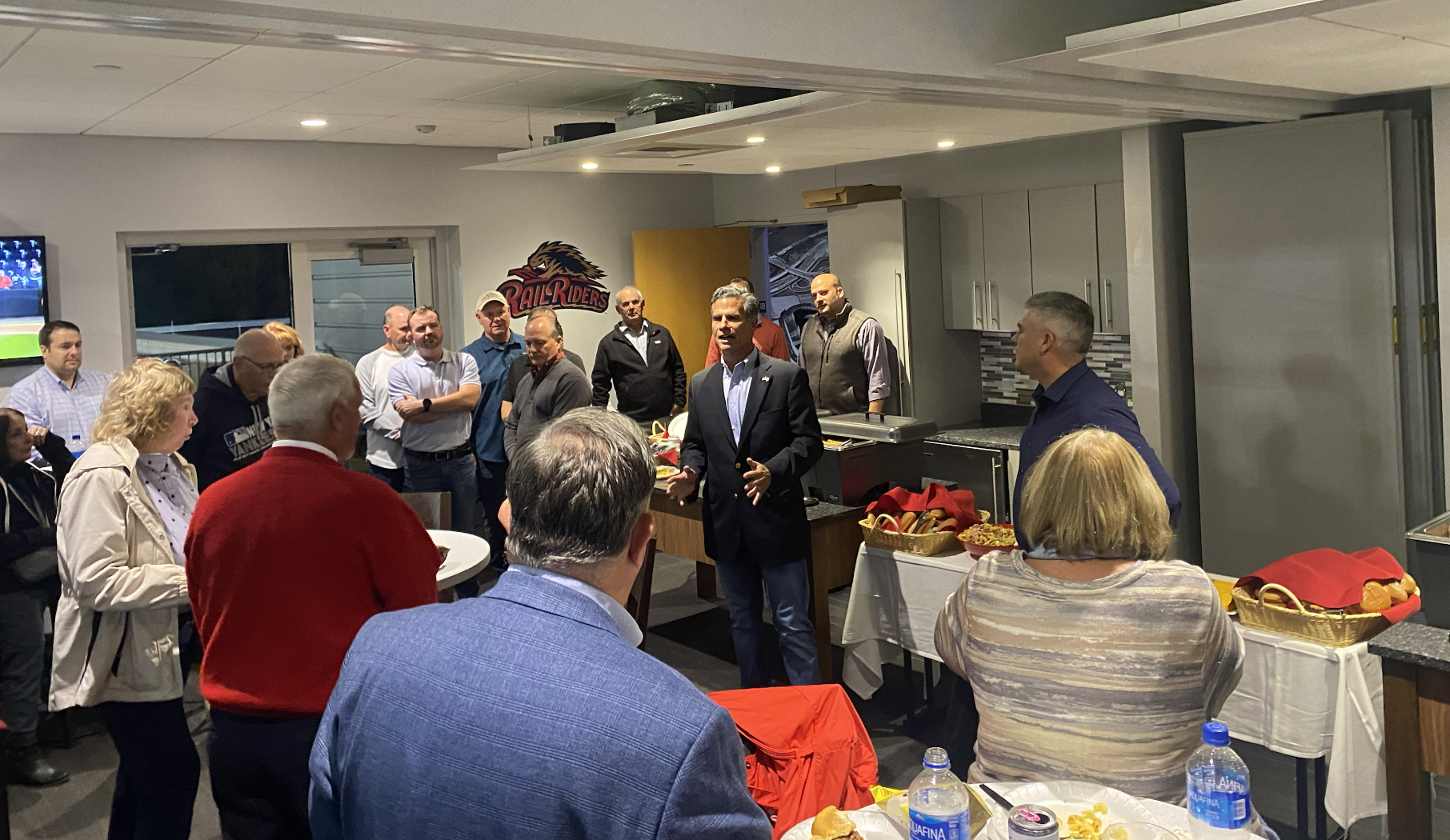 On Friday, I was invited by my good friend, Lebanon County District Attorney Pier Hess Graf to the Lebanon County Police and Emergency Services Unit Golf Tournament. We raised money for a hard-working unit. We must always support our law enforcement, even more so in today's climate. 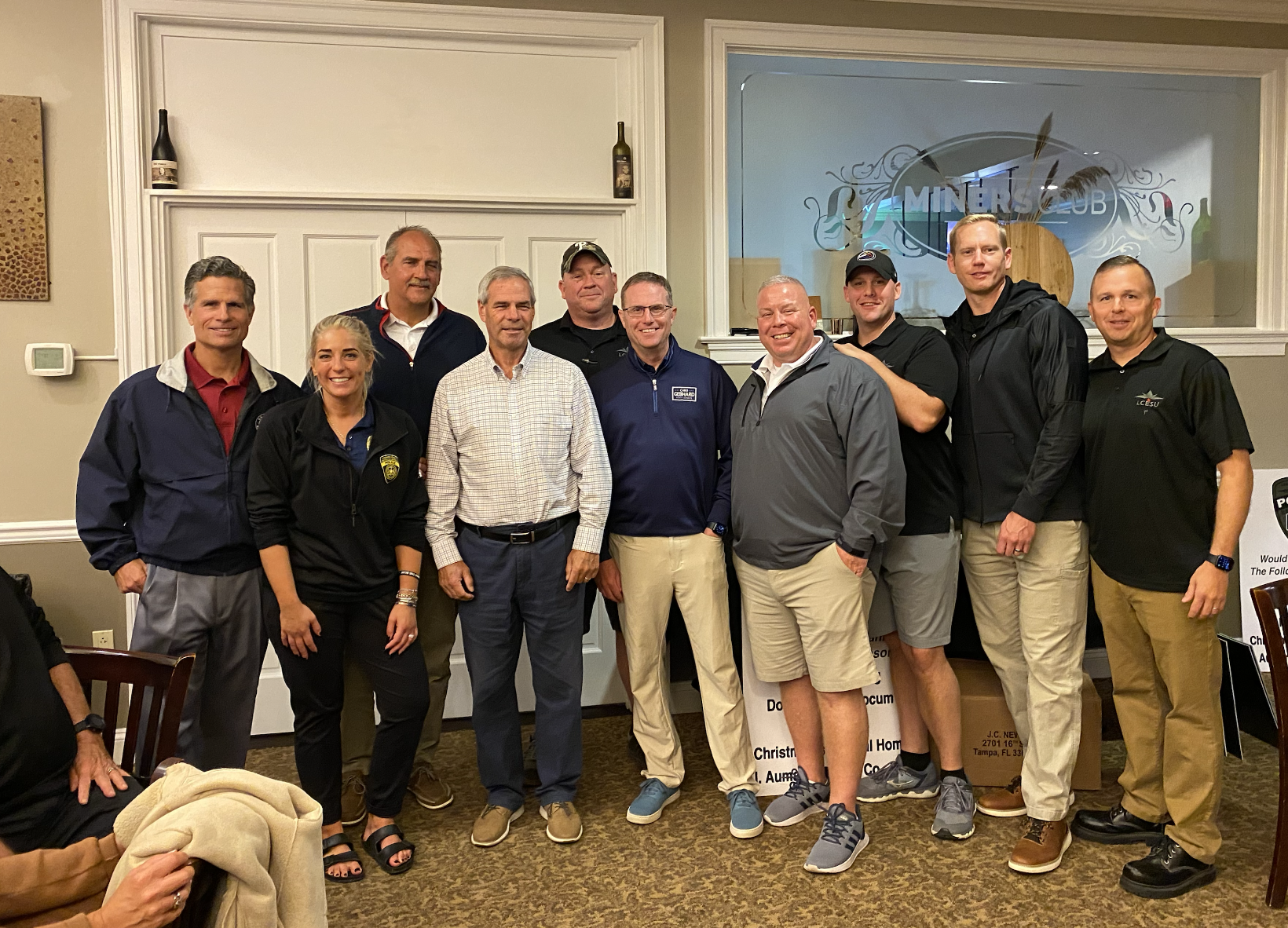 Yesterday, I was invited to East Penn manufacturing by President and CEO Chris Pruitt and Dan Breidegam, East Penn Chairman where we celebrated a great 75 years in business. After the ceremony, Chris took us on a tour of their manufacturing facility to show us what great employees and production they have. East Penn Manufacturing is the largest employer in the 9th Congressional District. 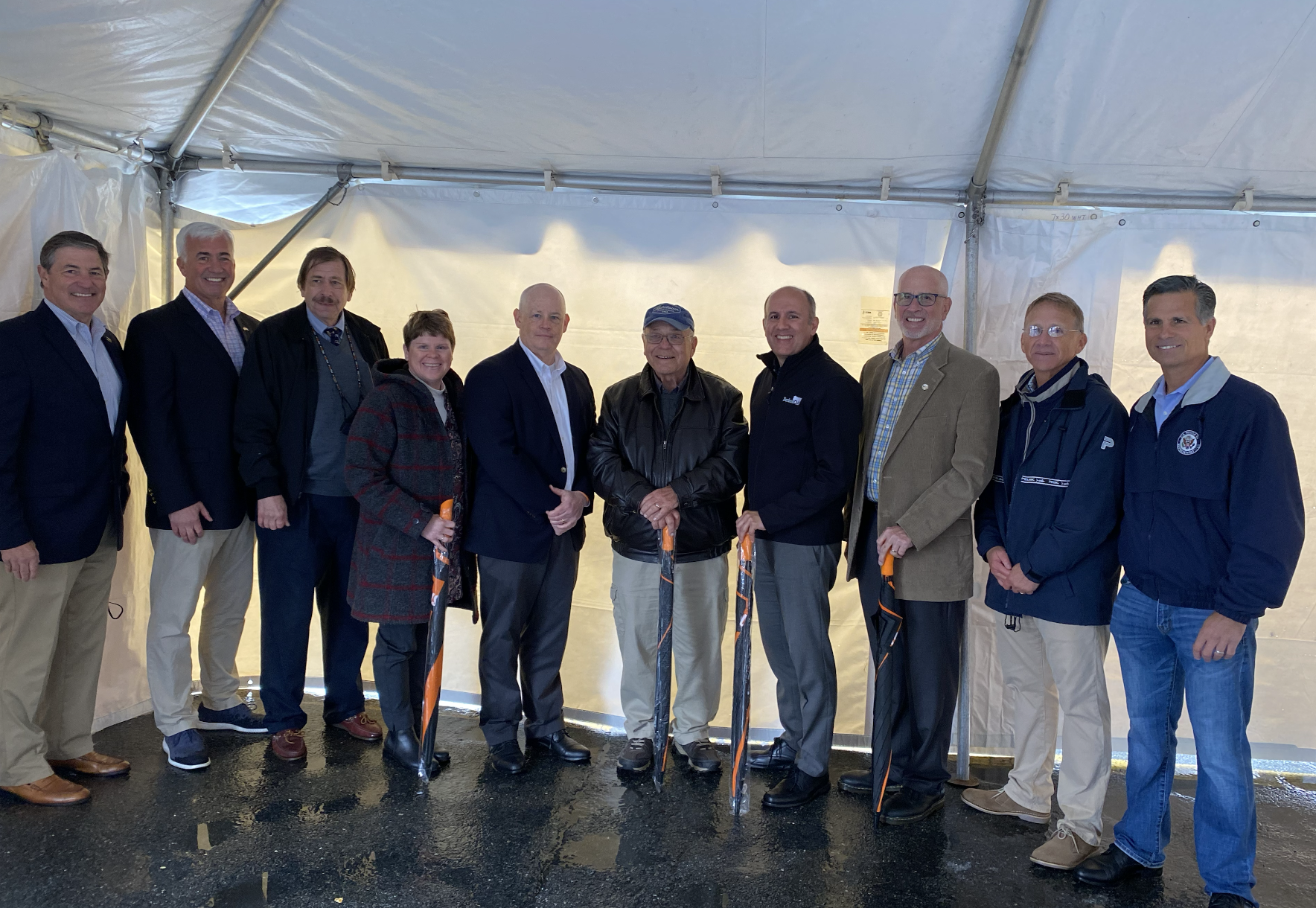 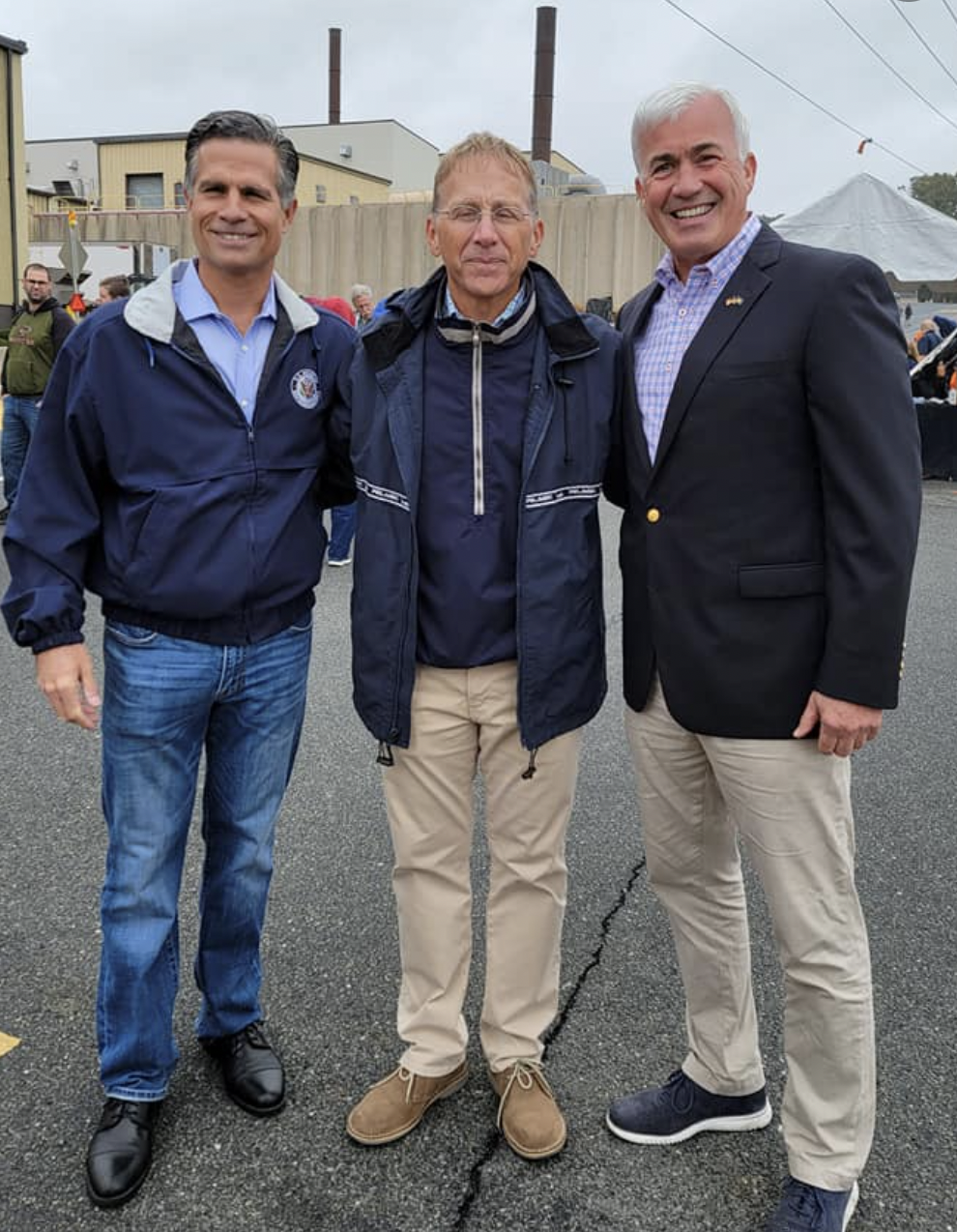 IN NEWS YOU WON’T HEAR IN THE MAINSTREAM MEDIA: While the mainstream media will talk about fentanyl, they refuse to tie it to Biden’s self-created border crisis. Below is a picture of what officials label “rainbow fentanyl,” and it’s part of a devastating crisis of fentanyl overdoses in communities across the country. 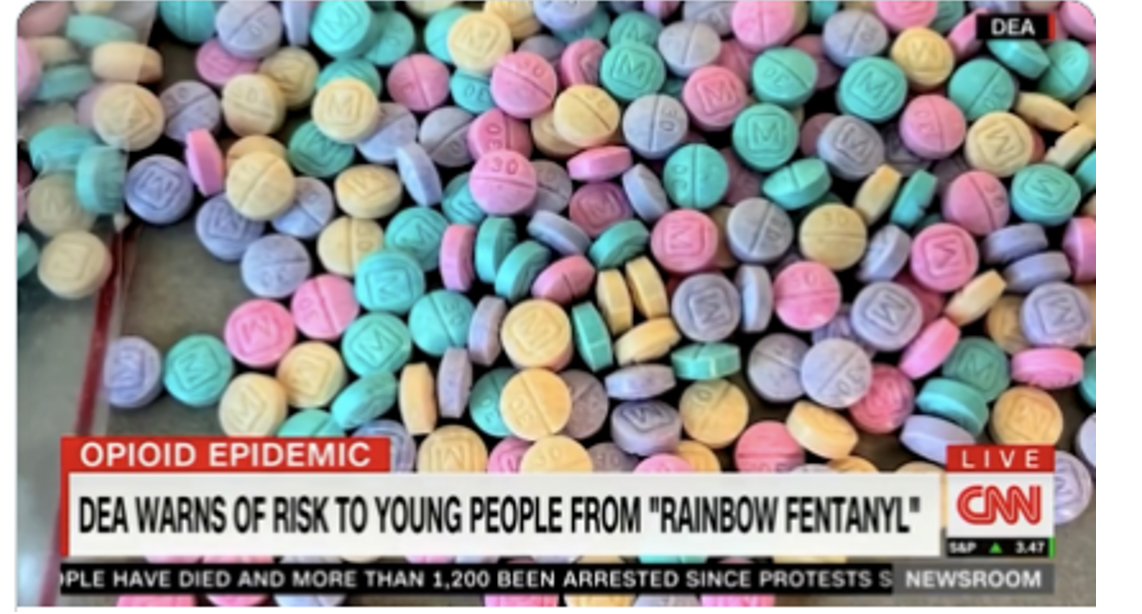 According to the DEA, “rainbow fentanyl” is designed by cartels to target children and teens. Fentanyl overdoses are now the leading cause of death for Americans aged 18 to 45, as synthetic opioid deaths have skyrocketed by 80% in two years. The DEA warns that Mexican cartels are “killing Americans with fentanyl at catastrophic and record rates like we’ve never seen before.”

Every community has been affected, and people have been killed as young as four months old and as old as 81 years old.

The answer to this crisis is simple… SECURE THE BORDER. We must build the wall, reimplement the Stay in Mexico policy enacted under President Trump and stop encouraging illegal immigrants to enter our country.

Election Day is only 36 days away. There is much at stake. The economy, the border, national security... everything Biden and his Democrat backers have touched, they have made worse for America.

There is only one solution. We must win back U.S. Congress and retire Speaker Nancy Pelosi once and for all. Next, we must elect Dr. Oz to the U.S. Senate and Doug Mastriano to the Governor's office. Re-electing strong Republican majorities in Harrisburg is critical. Electing Republicans is our path to restoring an agenda that puts both America and Pennsylvania First. So please tell your family, friends, and neighbors to get out and vote. We need a RED WAVE on Tuesday, November 8, 2022.