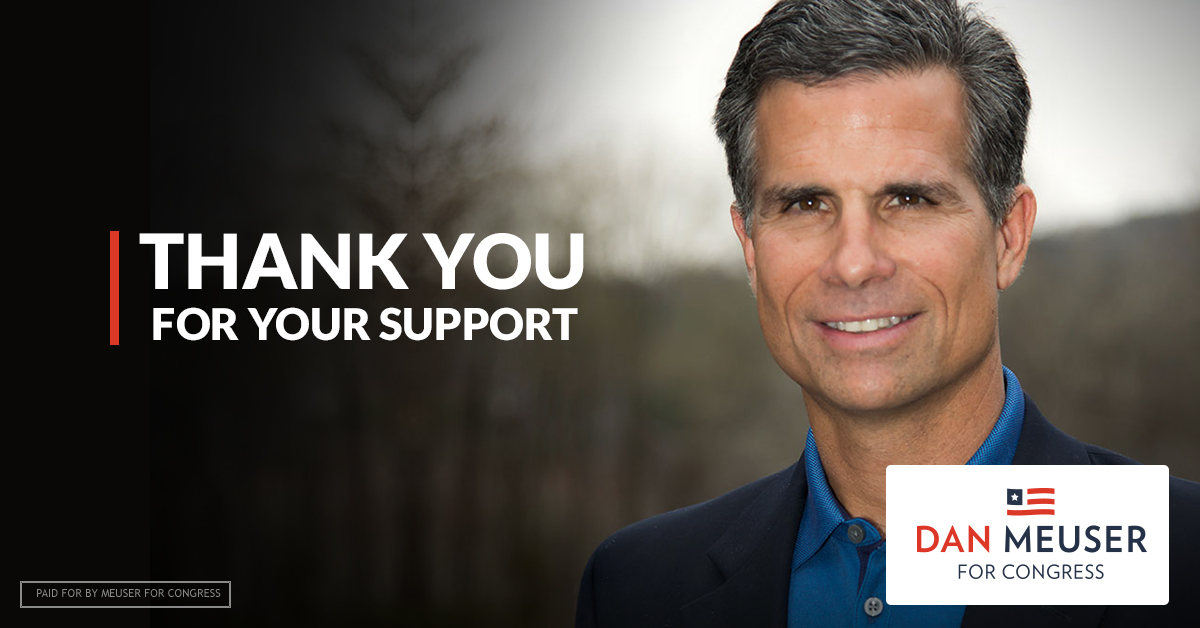 “First of all, I want to thank the voters for the faith they have placed in me to represent the Republican Party for the 9th Congressional seat in the General Election,” Meuser said. “This was a hard fought election and I have to thank our countless volunteers and supporters, all the elected officials, grassroots organizations like M.A.G. and our campaign team for their tireless dedication to our campaign. Campaigning is a WE effort and tonight’s results prove that. I must thank my wife Shelley, my children and our entire family and friends for their support and encouragement. Campaigns are difficult and I couldn’t have done this without them behind me everyday.

“This campaign is not over, it is just beginning. We are up against Nancy Pelosi and liberal leftwing candidates who are motivated to take over our country and do anything they can to stop the progress President Trump has made. We can’t and won’t let that happen. I am going to continue to campaign just as hard as I have to ensure the 9th District elects a strong conservative congressman to help President Trump implement the America First Agenda.”

To learn more about Dan Meuser, news about our campaign and where Dan stands on the issues, please go towww.meuserforcongress.com.