Before we cover our activities this week in Washington, D.C., we wanted to recap a few events we attended last weekend.

We joined The Irregulars Think Tank Breakfast last Saturday morning to discuss border security, economic growth, trade and my Congressional trip to Israel. We want to thank them for their gracious invitation and look forward to seeing them again soon. 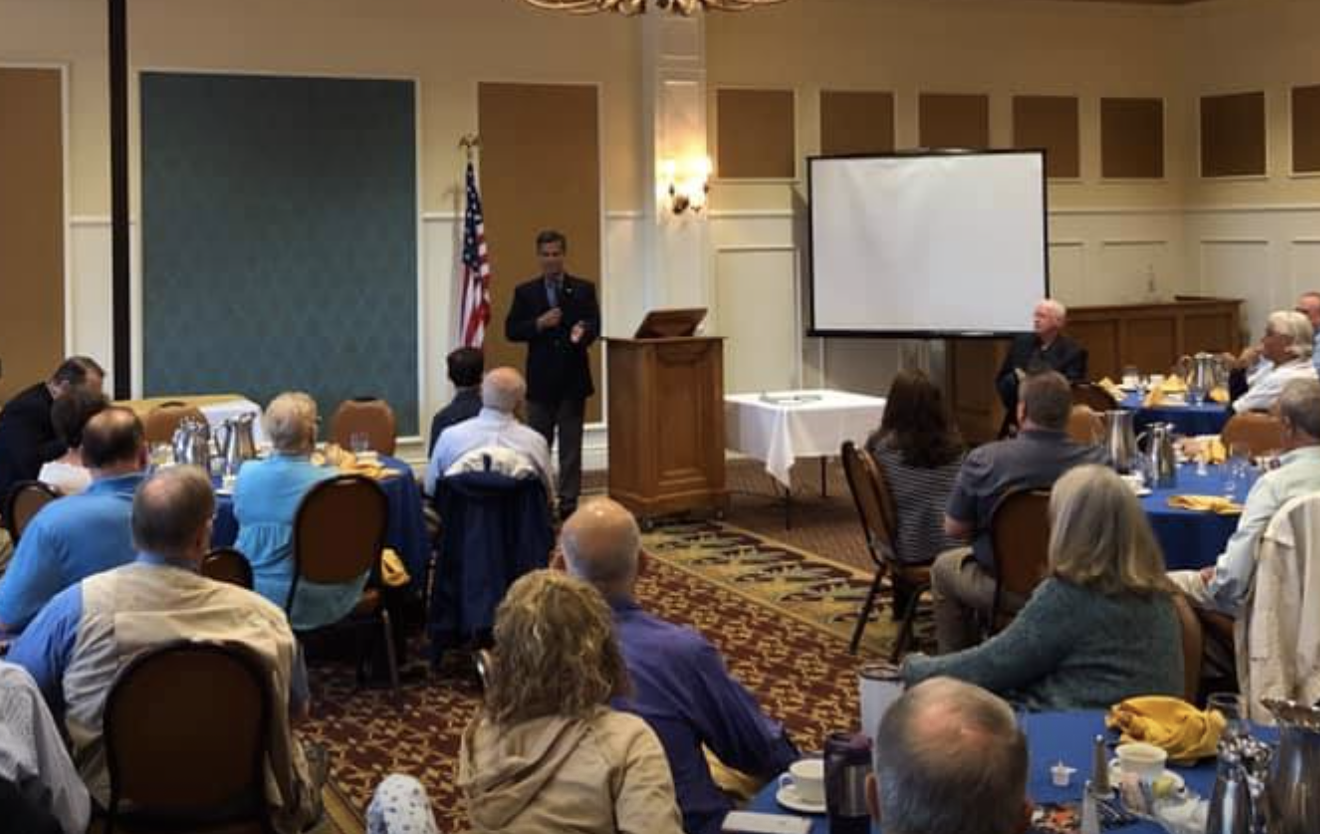 On Monday, we met with Cosmo Servidio, EPA Regional Administrator, staff from EPA’s Mid-Atlantic Region (Region 3), Dr. Andrew Sawyers, Director of EPA's Wastewater Office, and Christian Rodrick from EPA’s Office of Legislative Affairs, during a lengthy discussion regarding MS4 and stormwater management in Pennsylvania. We covered this issue from a federal perspective representing the District of Pennsylvania. I expressed the deep concerns and grievances from the people of the District and how inequitable this stormwater situation seems to be all over the state and basin. This initiative must be transparent and equitable before constituents are asked to pay a fee. We asked that the EPA reevaluate the current guidelines, review the costs being required by municipalities to achieve compliance, and work to find a way to act environmentally consciously while also not being financially burdensome to the people. Officials from Washington participated in the meeting, including representation from the White House. Al Fox from Jackson Township and Dave Sutton from Lehman Township also made the case that the cost to comply is overly burdensome to their residents. Township officials from Luzerne County, farmers from Lebanon County, the Pennsylvania Chamber of Business and Industry, and Pennsylvania Department of Environmental Protection also participated. I also want to thank my great friends, State Senator Lisa Baker and State Representative Karen Boback, for attending this meeting. 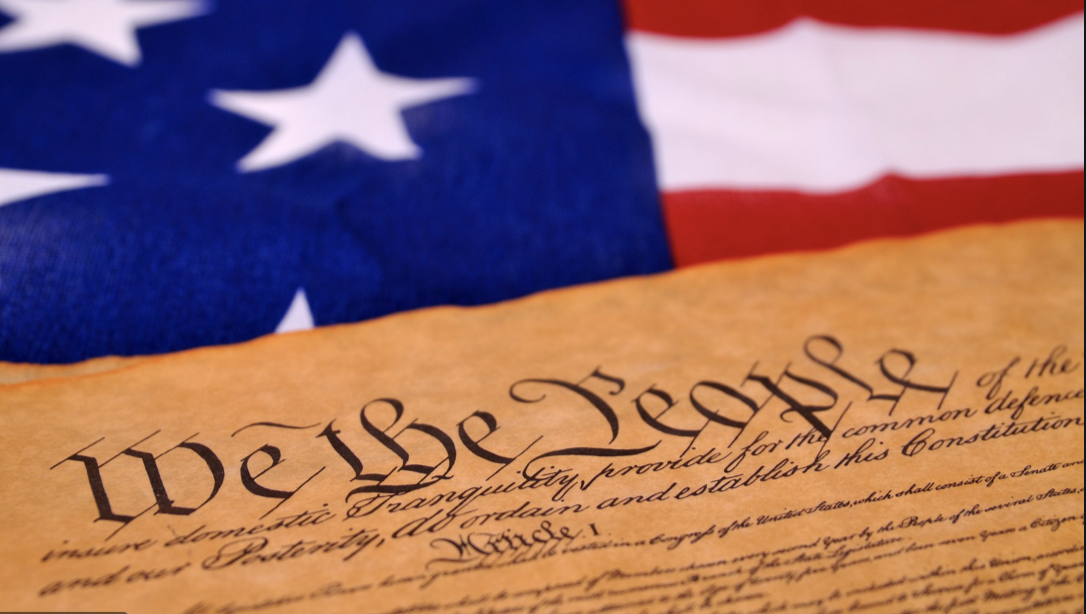 On Wednesday, we also highlighted the 72 birthday of the U.S. Air Force. We appreciate the dedication and bravery of these American heroes. This is also a great opportunity to highlight one of our brave Air Force reserves, Lebanon County Register of Wills Brian Craig, who recently returned from active duty overseas. We are so blessed to have him back in the District. Please join me in thanking Brian for his continued service and his family for sacrificing while Brian again fought to protect our nation. 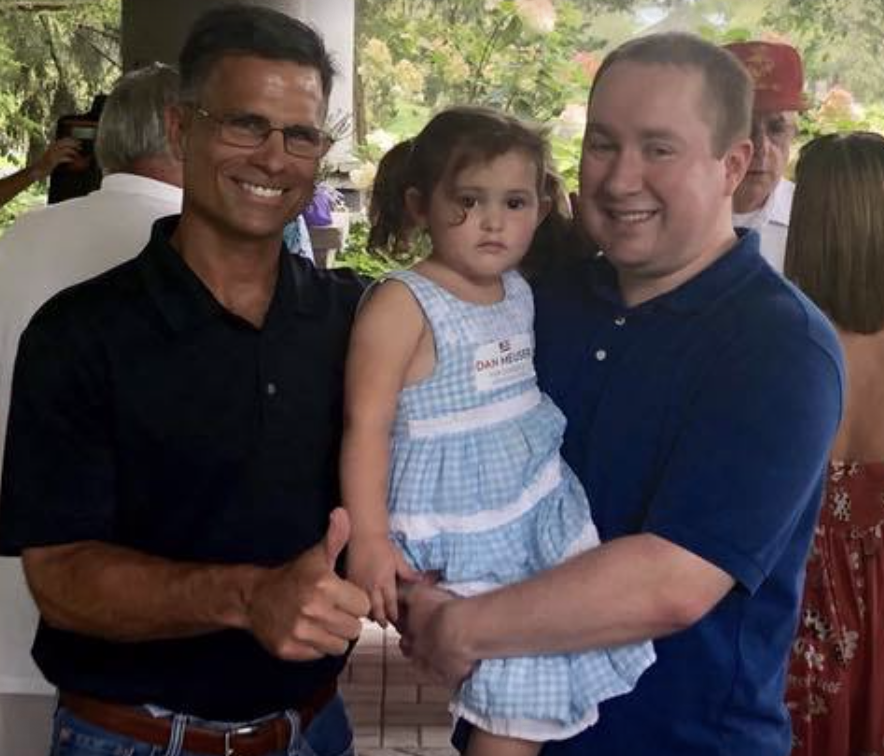 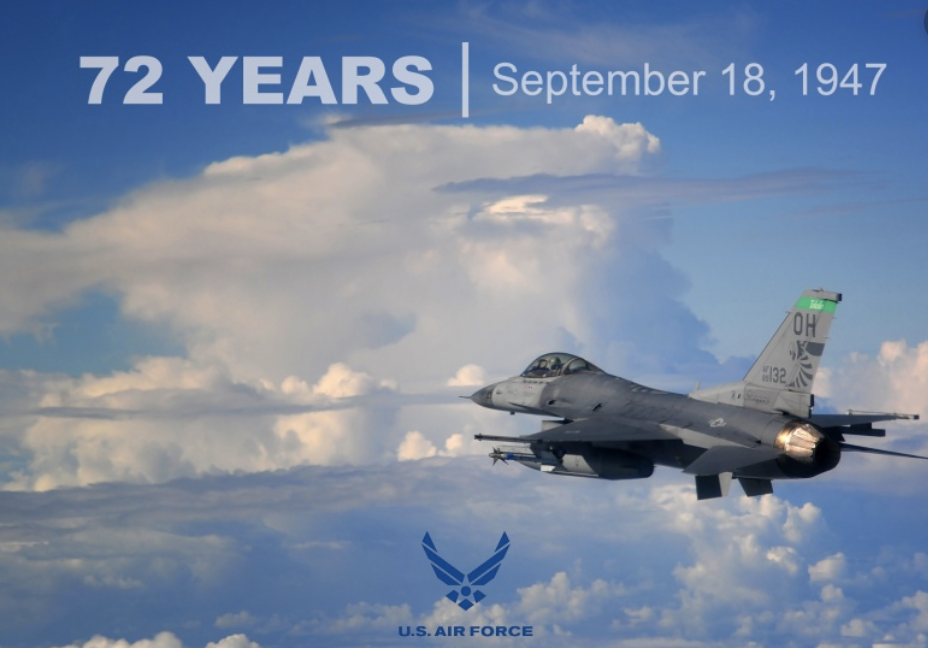 On Thursday, in between votes, we were able to join The American Society for the Prevention of Cruelty to Animals, ASPCA’s #paws4celebration event, which raises awareness of shelter animals and helps to put a stop to animal cruelty. 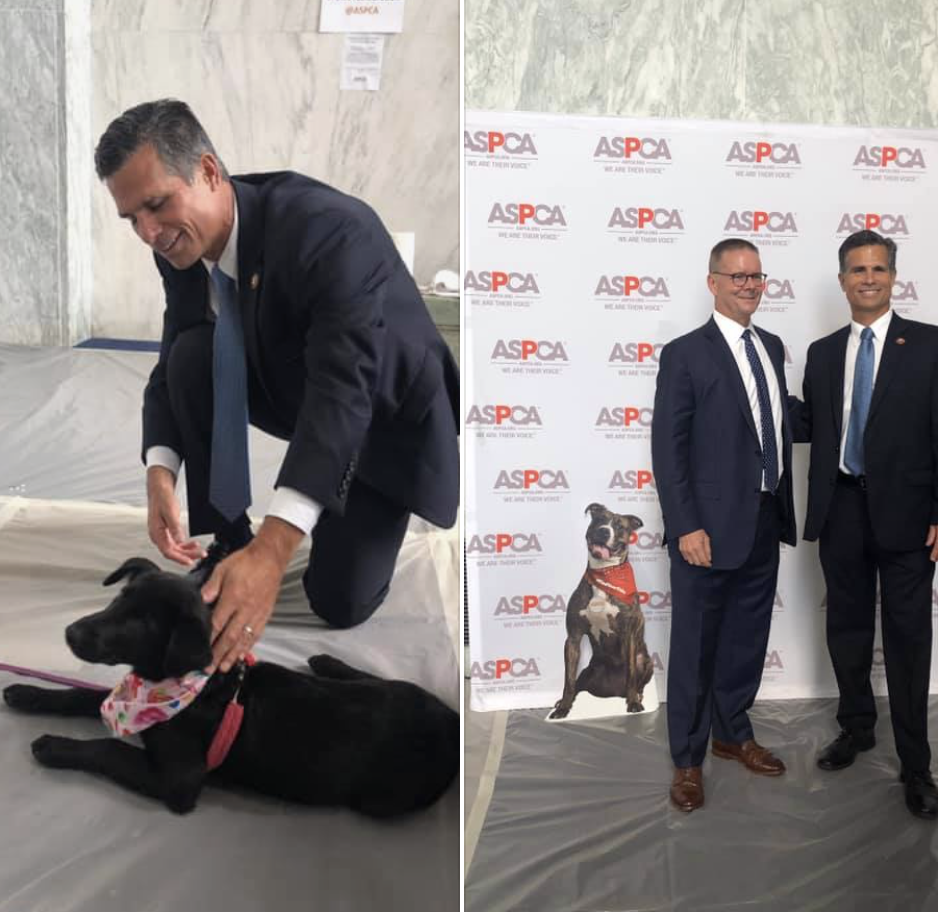 On Friday, we were honored to attend an event at the White House with President Donald Trump welcoming Australian Prime Minister Scott Morrison. While in attendance, I also was able to catch up with the outstanding former Mayor of New York Rudy Giuliani. I was able to have a discussion with Attorney General William Barr and I thanked him for his faithful service in support of our laws and our President. Australia is an important ally to the United States and we were honored to welcome him to our nation's Capitol. 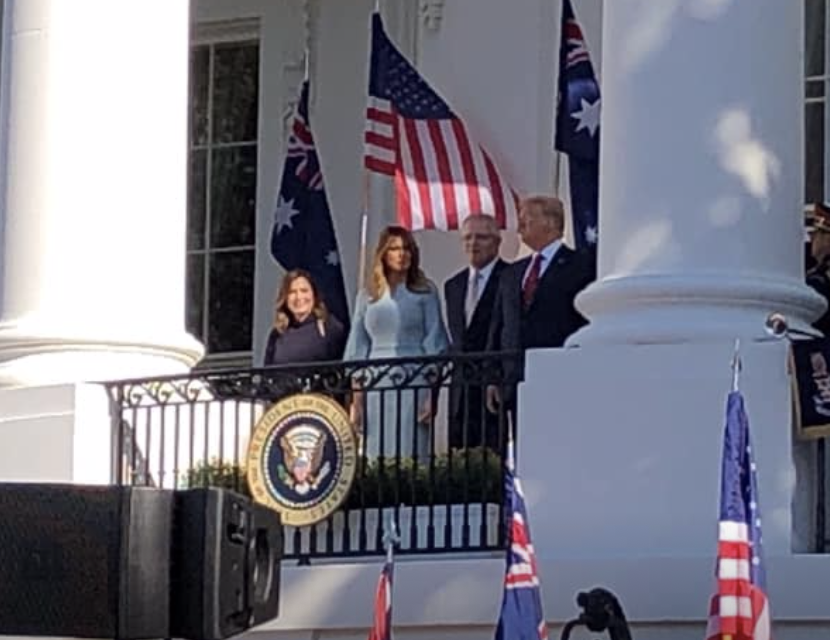 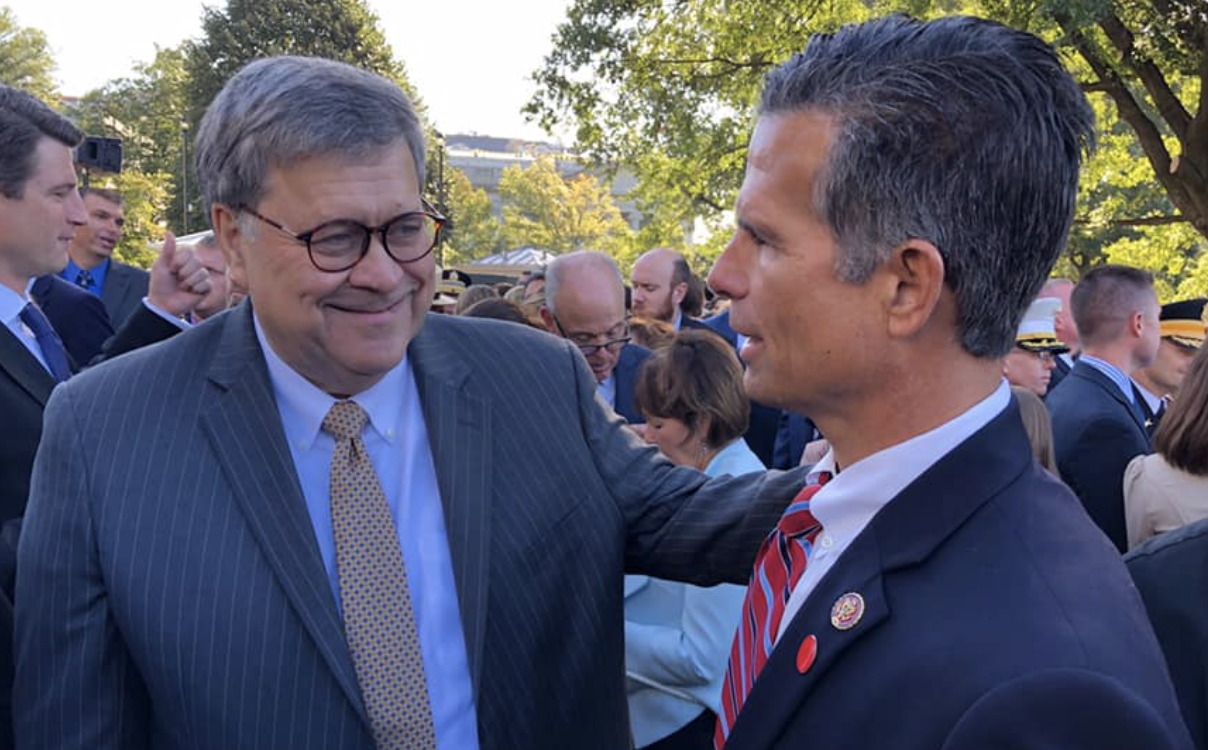 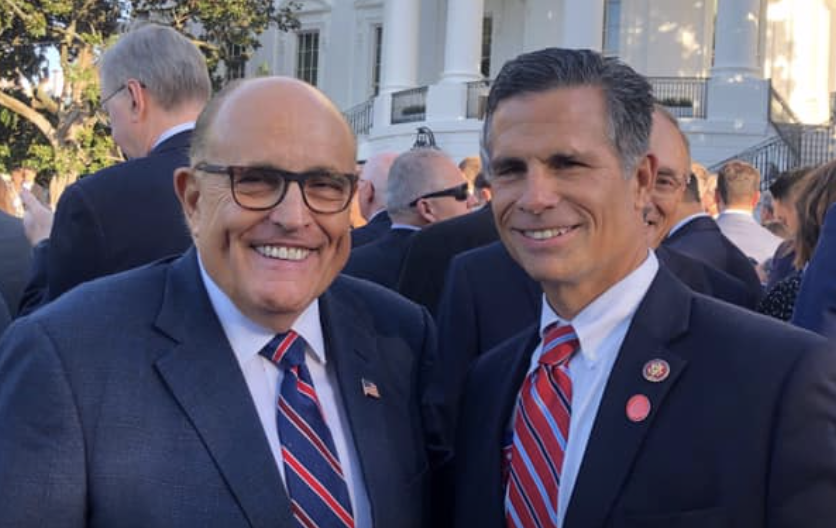 In News You Won’t Hear In the Mainstream Media:President Trump and Republican Policies are Making a Difference at the Border.

This week, President Trump made a trip to the southern border to highlight the progress being made on the construction of the border wall. This progress is being made despite the opposition of the Democratic Party in the U.S. House. 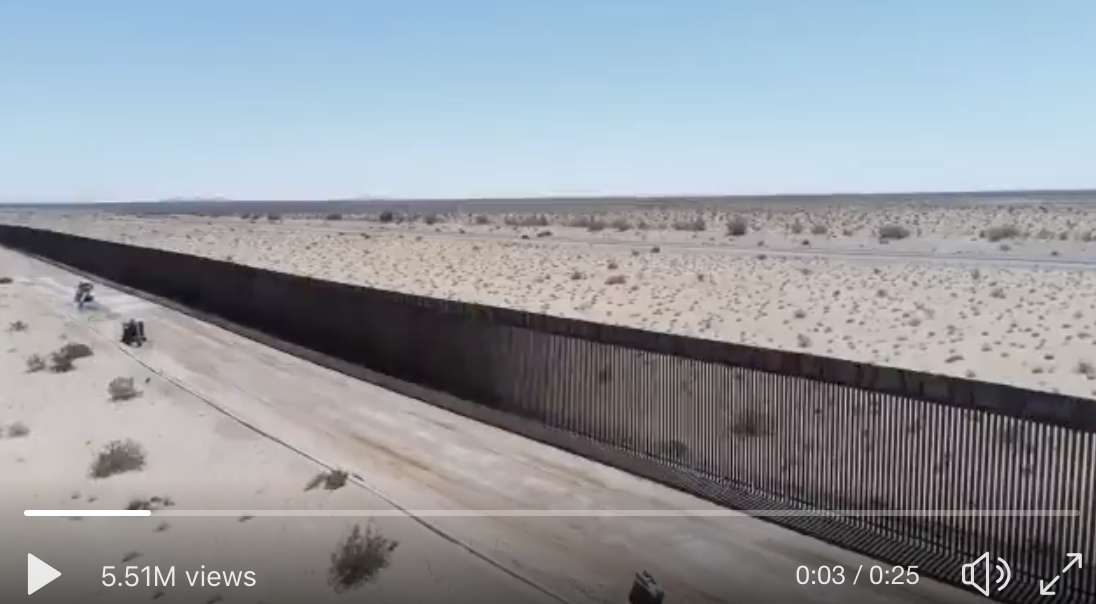 The number of illegal immigrants caught crossing the southwest border continued a sharp decline in August.

During the month of August, Customs and Border Patrol apprehended or deemed inadmissible a total of 64,006 people. For July, that number was 82,055. This represents a decline of approximately 22%. Moreover, the August number reflects a decline of 56% since the May peak, which was a staggering 144,255.

This comes after President Trump struck a deal with Mexico to beef up their security around the border and keep more asylum seekers on their side of the border until their cases were resolved. The other important thing that was done to help protect the border was bringing in the National Guard from various states to help patrol the border. That important move has also helped to reduce the number of illegal crossing.

Again, despite the obstruction of the Democratic-led House of Representatives to real immigration reform, President Trump is making a positive difference securing our border and protecting our nation.

With that being said, we still have a crisis at the border. We must continue to build the wall and secure our southern border. President Trump is doing his part, Congress must help. That is why it is critical Republicans win back control of the U.S. House in 2020.

Staff will be available to meet with constituents who need assistance contacting federal agencies, answering questions about federal grants, and other resources. Constituents seeking to meet with staff can do so at the State Building, near Gate 6 B and F Street.