Greetings and welcome to our Labor Day Weekend Update. 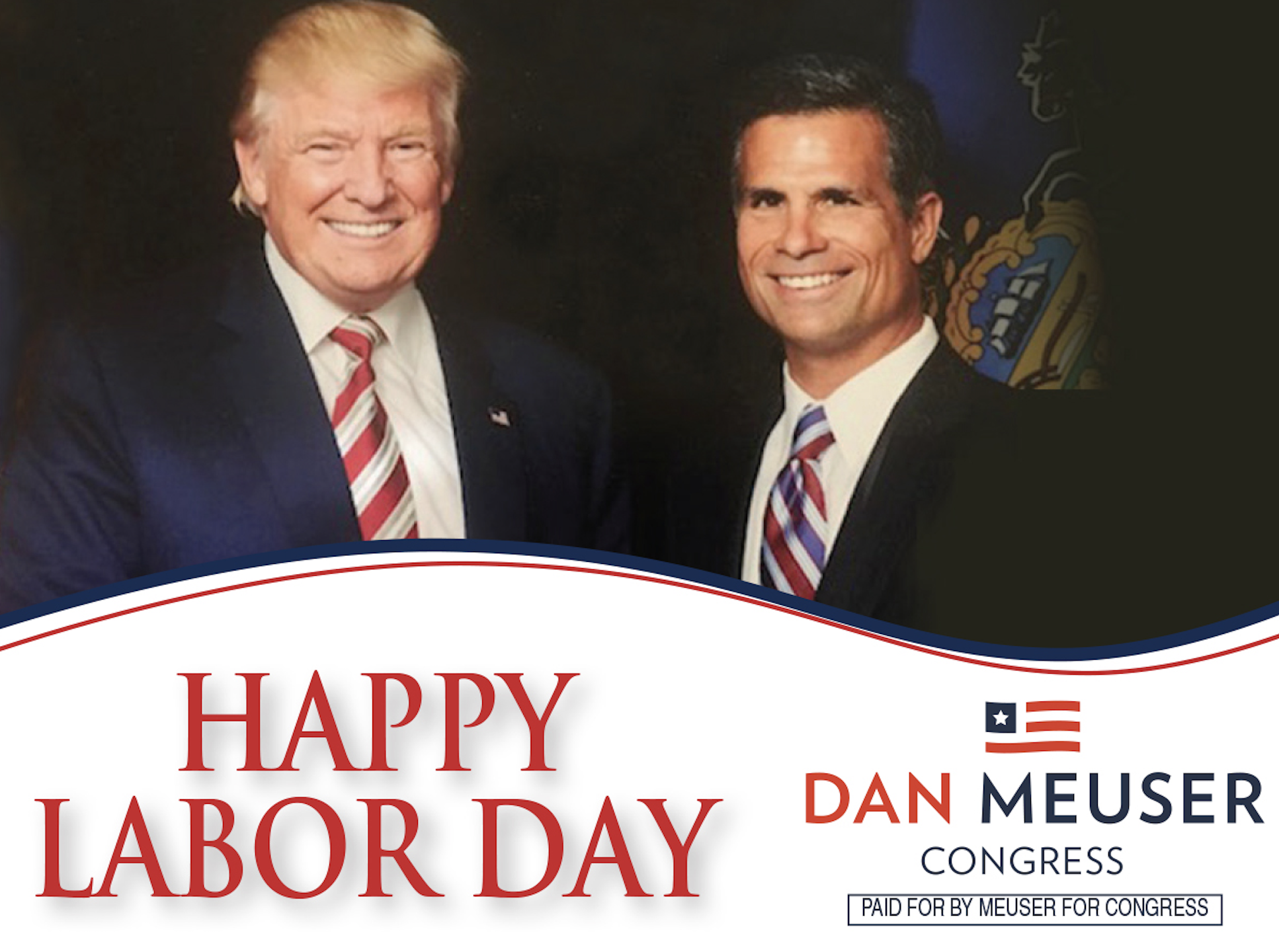 Again, I want to thank everyone for the many well wishes and prayers you sent my way. I want you all to know that I am feeling better and I was cleared late last week to get back to traveling the District.

Pennsylvania is the key battleground state. Want proof? Visits from President Donald J. Trump, Vice President Mike Pence and several key Trump 2020 surrogates all over Pennsylvania… and that was just in the past week. It has already been announced that Vice President Pence will be here again next week. President Trump is 100% committed to the issues that hardworking Pennsylvanians care about.

President Trump campaigned in Latrobe on Thursday evening. He was incredible. He spoke about:

And so much more… 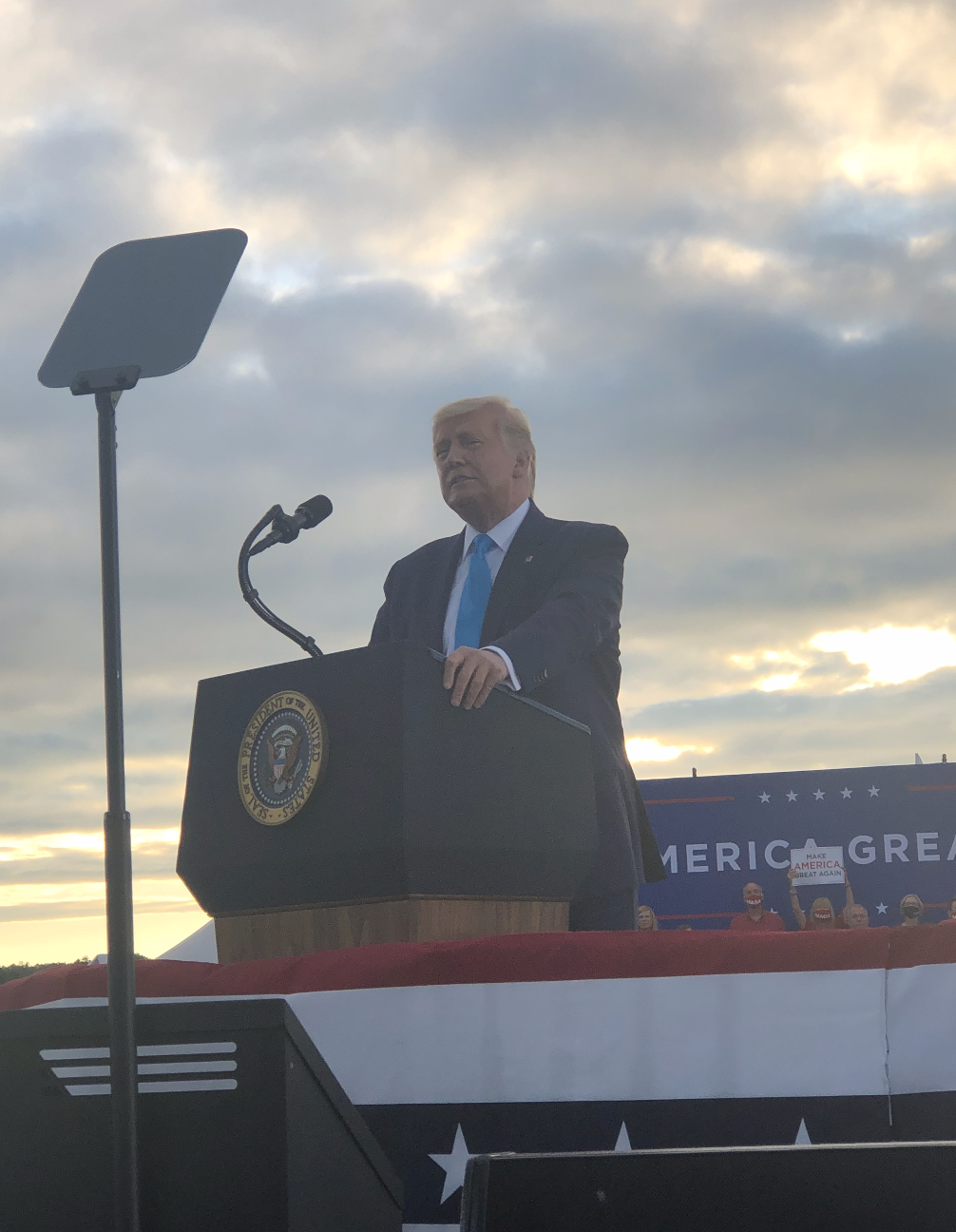 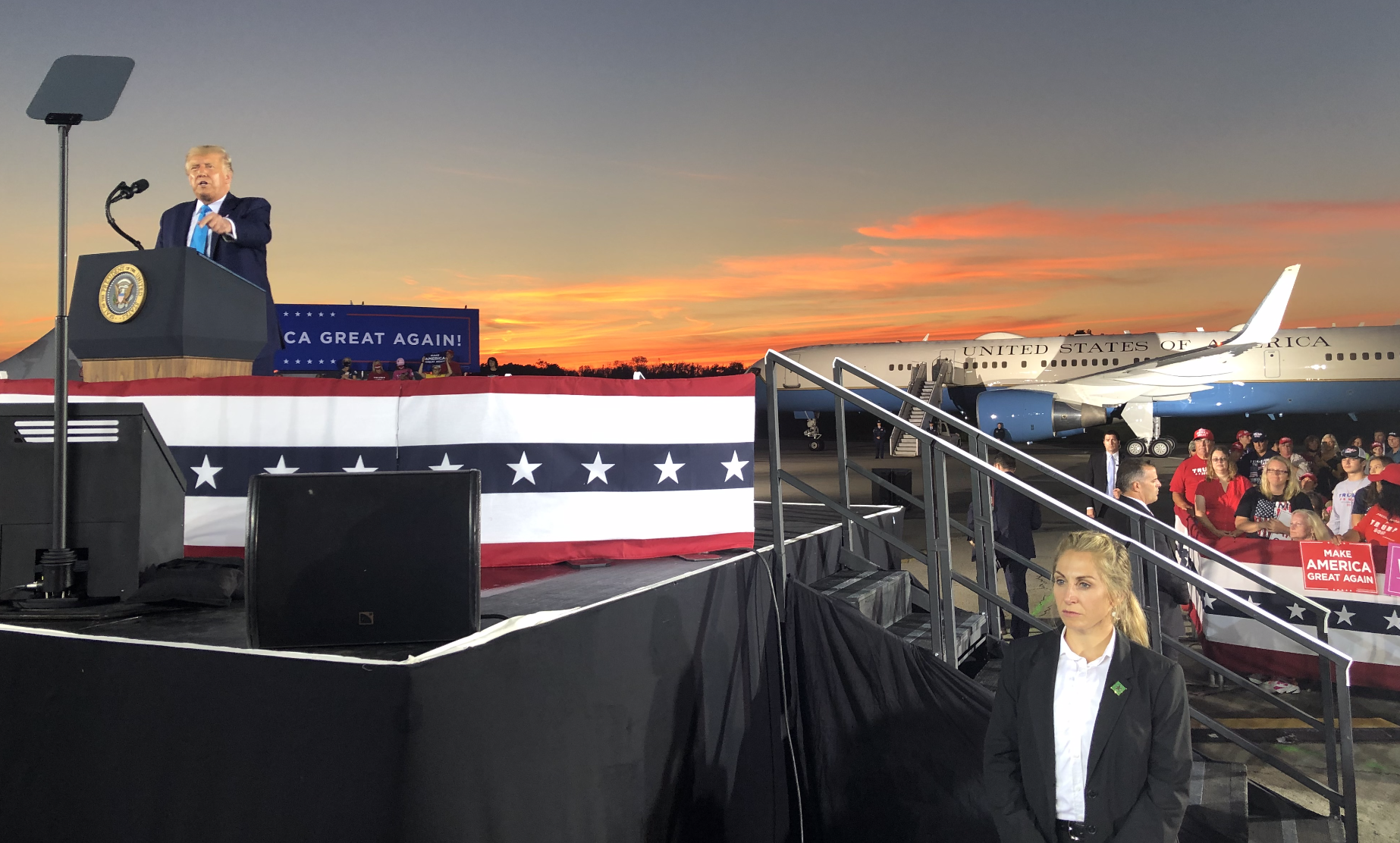 Pennsylvania is such a battleground state that even Joe "Hiden" Biden came out of the basement for an event in Pittsburgh this week where he made these very "important and coherent" comments. (Click here or below to watch) 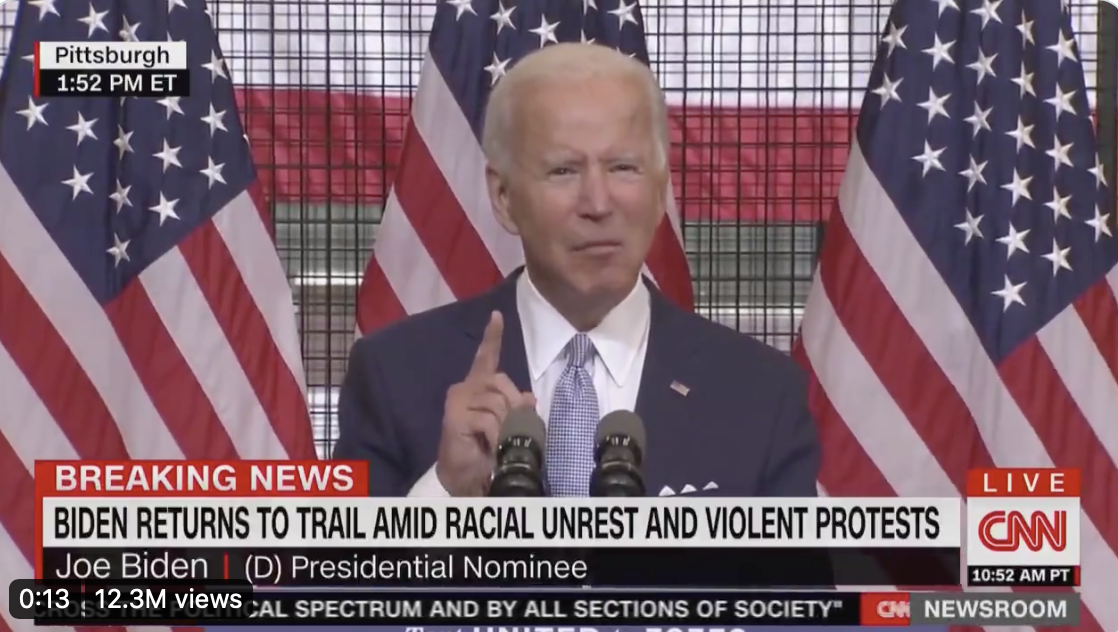 After watching that, they may want to keep Joe... "Hiden."

The contrasts between the President and “Sleepy” Joe Biden could not be more stark. Biden's whole campaign is an attempt to con the American people... con the American people into thinking he is a moderate. He is still the same candidate who refused to denounce violent protests and his running mate Kamala Harris donated to a fund to bail out those same violent protestors. He is still the same candidate who is running on an extreme agenda of defunding the police, $4 trillion tax increases, government-run health care and supports the Green New Deal and a ban on natural gas.

I continue the need to emphasize what terrible leadership is coming out of the Biden Campaign and the DNC. It is shameful. There are so many examples. One is their refusal to denounce violence, hate and destruction in our streets for only their short term political gain (so they thought). That was until they actually needed a poll to tell them that shows that Americans don't support violent protests. Their silence on the matter has encouraged violence and further weakened law enforcement. Liberal policies used to improve liberal policies exponentially worsens situations. Economically, on the world stage and when it comes to law and order. This is perhaps the most significant reason we must win on Election Day, November 3. President Trump is a leader and is not afraid to say and do the right thing for the longterm benefit of America.

This week, we met with PA Farm Bureau members from Columbia, Luzerne, and Schuylkill Counties to discuss farm issues and have lunch. Farmers from Columbia, Luzerne, and Schuylkill Counties joined us. We discussed issues including stormwater management fees, dairy, trade, Covid-19 and rural broadband. I am a proud member of the PA Farm Bureau and will always prioritize the needs of those that provide us with food security. I want to thank Charlie Porter, the PA Farm Bureau and the leadership and members of Luzerne, Columbia and Schuylkill farm bureaus for a really informative and enjoyable event.

To keep people updated on the latest news, I appeared on WHLM Bloomsburg with Joe Reilly to discuss the riots in our cities and safely reopening the economy and WEEU radio for an interview with State Rep. Mark Gillen and Mike Faust on the importance of patriotism and remembering our veterans. They were broadcasting live at the Berks Military History Museum. I appeared on the nationally broadcast David Webb Show on Sirius XM to discuss the President’s recent visit to Pennsylvania.

I appeared on Fox Business to discuss why Joe Biden is not resonating with Pennsylvania voters and why I believe President Donald Trump will win this November. Click here or below to watch. 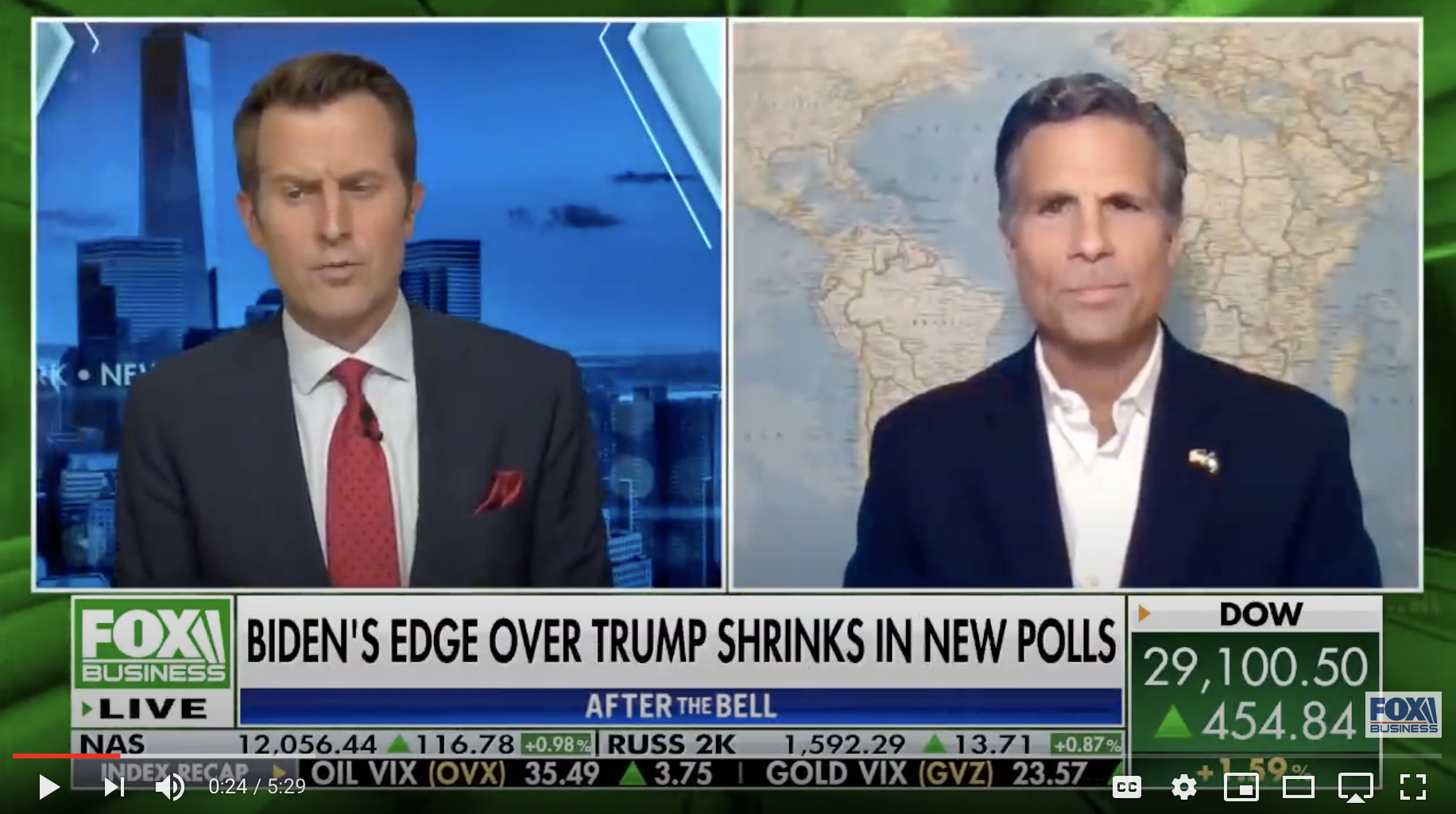 I also joined Sean Spicer on Newsmax yesterday. We discussed the President's recent visit and why I know President Trump will win Pennsylvania again. Click here or below to watch. 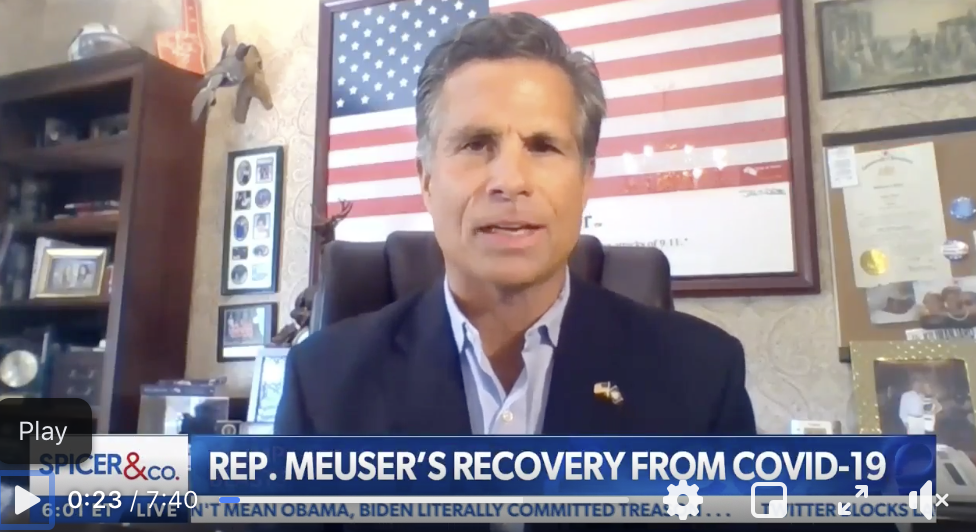 IN NEWS YOU WON’T HEAR IN THE MAINSTREAM MEDIA: As we celebrate Labor Day, it is appropriate to discuss jobs. Working together, President Trump and Congressional Republicans have set in motion policies that are the catalyst for the great American economic comeback.

President Trump is leading a historic rebuilding of the American economy:

Meanwhile, Joe Biden promises to shut it down:

President Trump has kept his promises and helped the private sector create the greatest economy Pennsylvania has seen in over 100 years. This was accomplished despite the fact the Democratic Leadership in Washington, led by Speaker Nancy Pelosi and Senator Chuck Schumer, have fought us the entire way. It is critical that we work to reelect President Trump and win back control of the U.S. House.

As the campaign season is kicking into high gear, please reach out to our campaign to pick-up your Meuser yard signs. For yard signs or campaign literature, email info@meuserforcongress.com or call John Gower at 570-579-3836. We will have a shipment of Trump-Pence signs coming in as well. Stay tuned for instructions and guidance for how we will distribute those signs.

Please have a happy and safe Labor Day.