Good afternoon and welcome to our Weekend Update!

Lots of exciting news this week. Two visits from President Donald Trump to Pennsylvania. A new, conservative Supreme Court nominee, Judge Amy Coney Barrett. Addressing the Pennsylvania Leadership Conference virtually… and as busy as this week was, I believe it will be even busier and more exciting next week as we look forward to the first presidential debate.

Last night, I joined President Trump and my Congressional colleagues aboard Air Force One for a major rally at the Harrisburg International Airport in Middletown. There was a massive, enthusiastic crowd, with many from the 9th District in attendance. This was an outstanding event that highlighted the momentum we are seeing throughout the Commonwealth for President Trump.

I am so proud to stand alongside this President as his efforts have truly helped to Make America Great Again. Energy independence, lower taxes, more jobs, securing our borders, protecting our 2nd Amendment rights, pro-life, supporting our law enforcement, restoring peace in our communities, rebuilding our military, advancing benefits for our veterans, strengthening our agricultural industry, negotiating pro-America trade deals, reshoring our manufacturing… I could go on and on and on. There is so much at stake this election. (Pictured below with President Trump on Air Force One and at Harrisburg Rally) 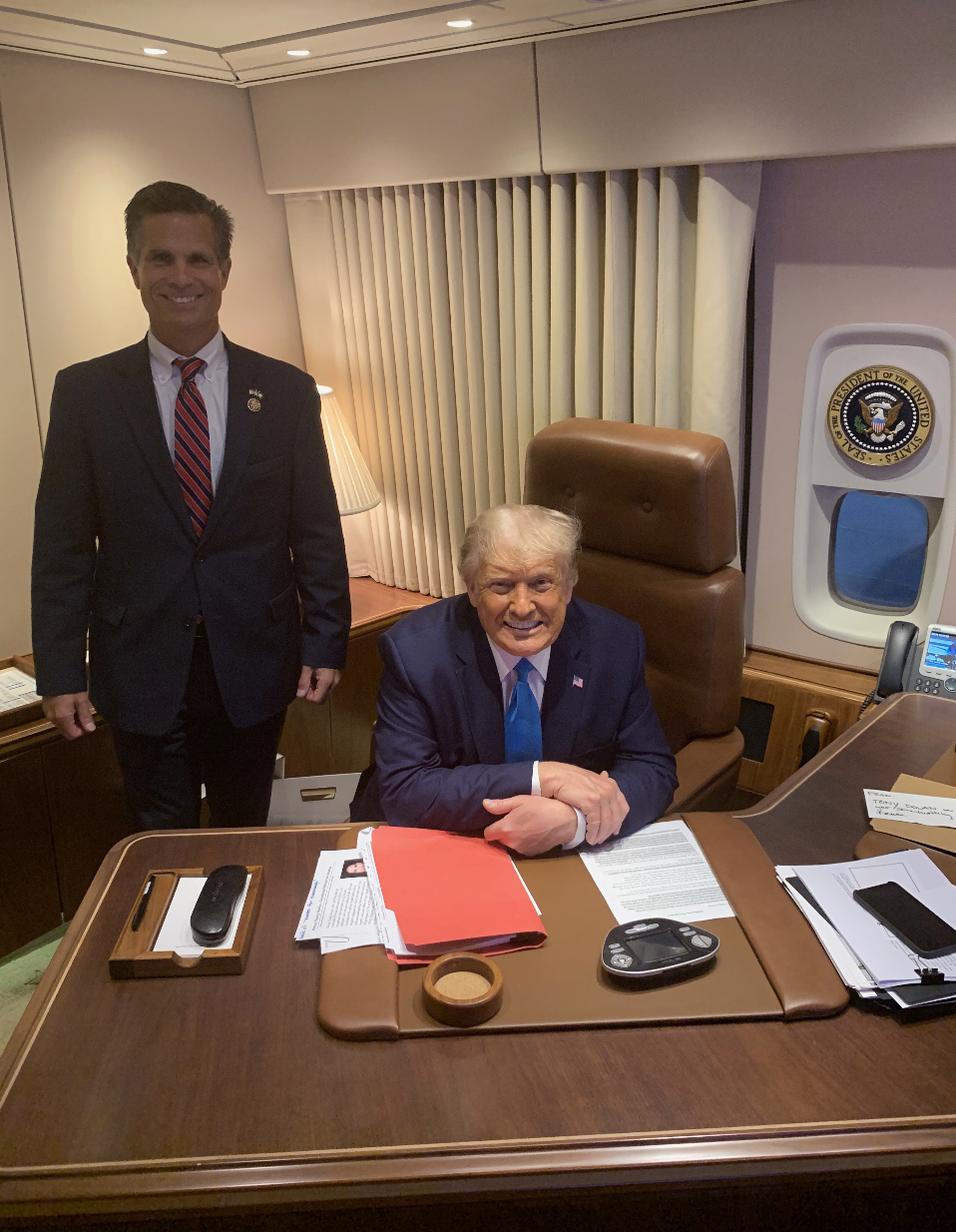 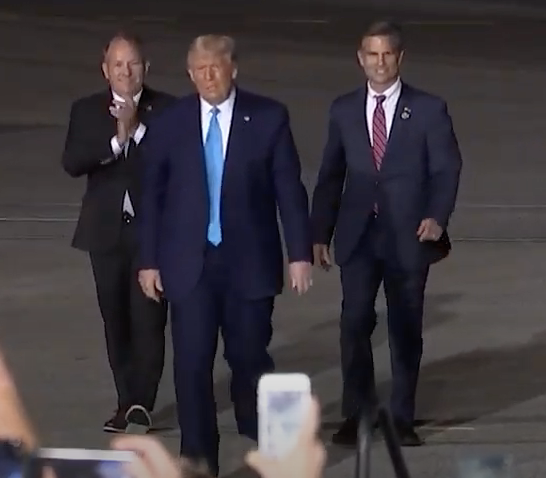 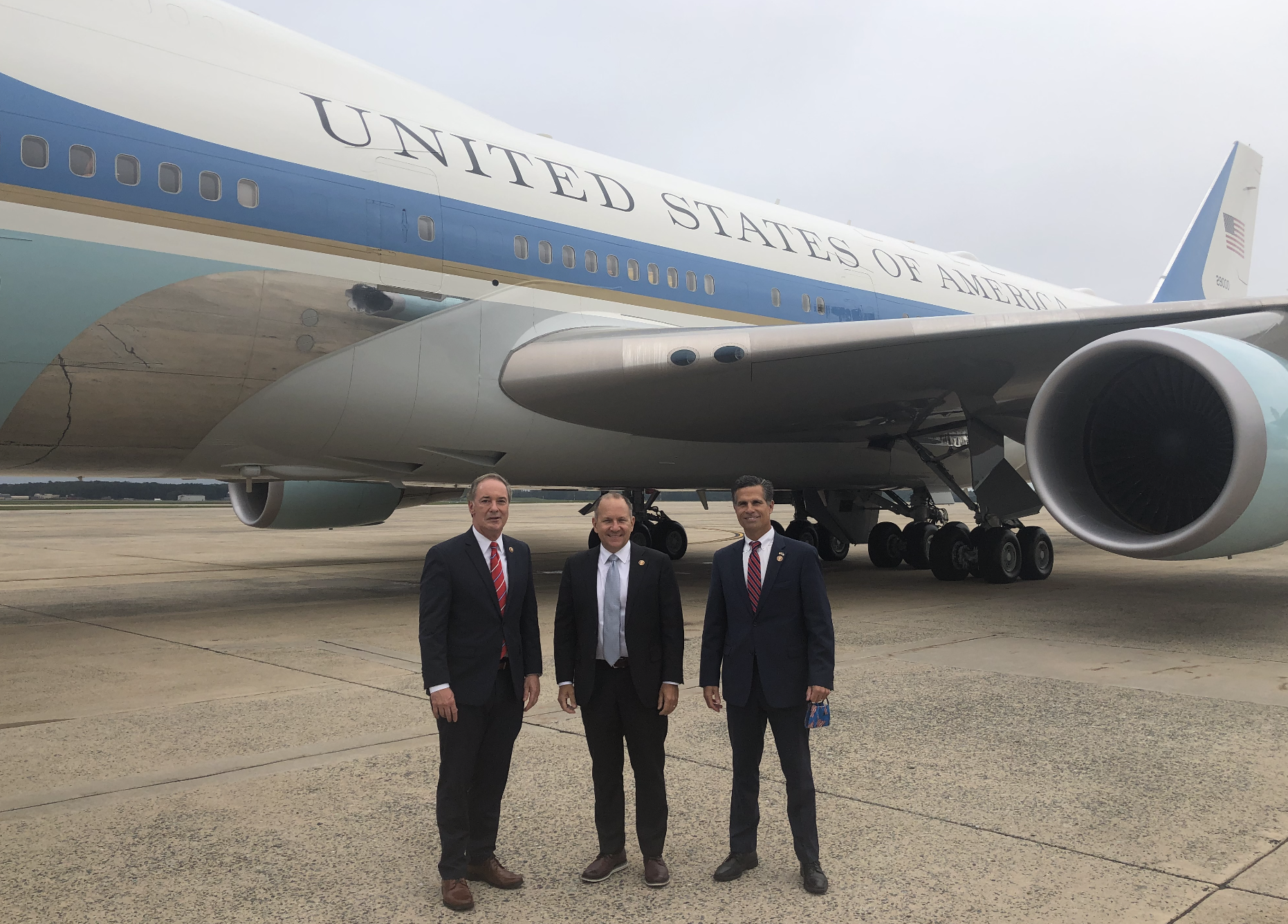 Trump’s Harrisburg visit came just hours after he nominated Judge Amy Coney Barrett as the next Supreme Court justice. Judge Barrett is highly qualified, conservative and has the potential to serve decades on the Supreme Court. This is a great opportunity to put a solid, conservative, woman justice on the Supreme Court. The U.S. Senate will begin hearings very quickly. By the way, any controversy on this does not stand up to the historical record. There have been ten times in our nation's history that a Supreme Court nominee has been confirmed in a Presidential Election year. President Trump has consistently nominated jurists who are strict constructionists, believe the Constitution should be interpreted as written. America needs Judge Barrett on the Supreme Court as soon as possible.

Of course, many Democrats, led by Joe Biden, Kamala Harris, Chuck Schumer and Nancy Pelosi are promising a strong fight of the President’s nomination. But don’t let their hypocrisy get in the way… click here to watch a video that turns back the clock 4 years when Democrats discuss how critical it is to fill every seat on the U.S. Supreme Court.

In 2016, Biden said this during remarks at Georgetown Law, “I would go forward with a confirmation process as chairman, even a few months before a presidential election if the nominee were chosen with the advice, and not merely the consent, of the Senate.” 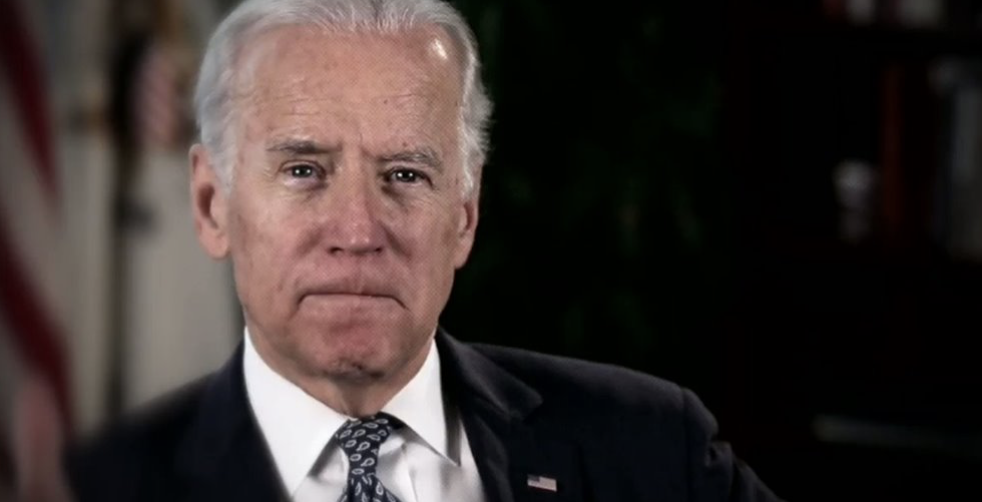 On Tuesday night, I again traveled with President Trump and my Congressional colleagues to a major rally in Pittsburgh at the airport. The President delivered a speech touching on his many successes and the absolute fact that he has accomplished more in 47 months of public service than Joe Biden has in 47 years. It was an amazing event and it was inspiring to see so many great Trump supporters in attendance. Pennsylvania is MAGA country. (Pictured below) 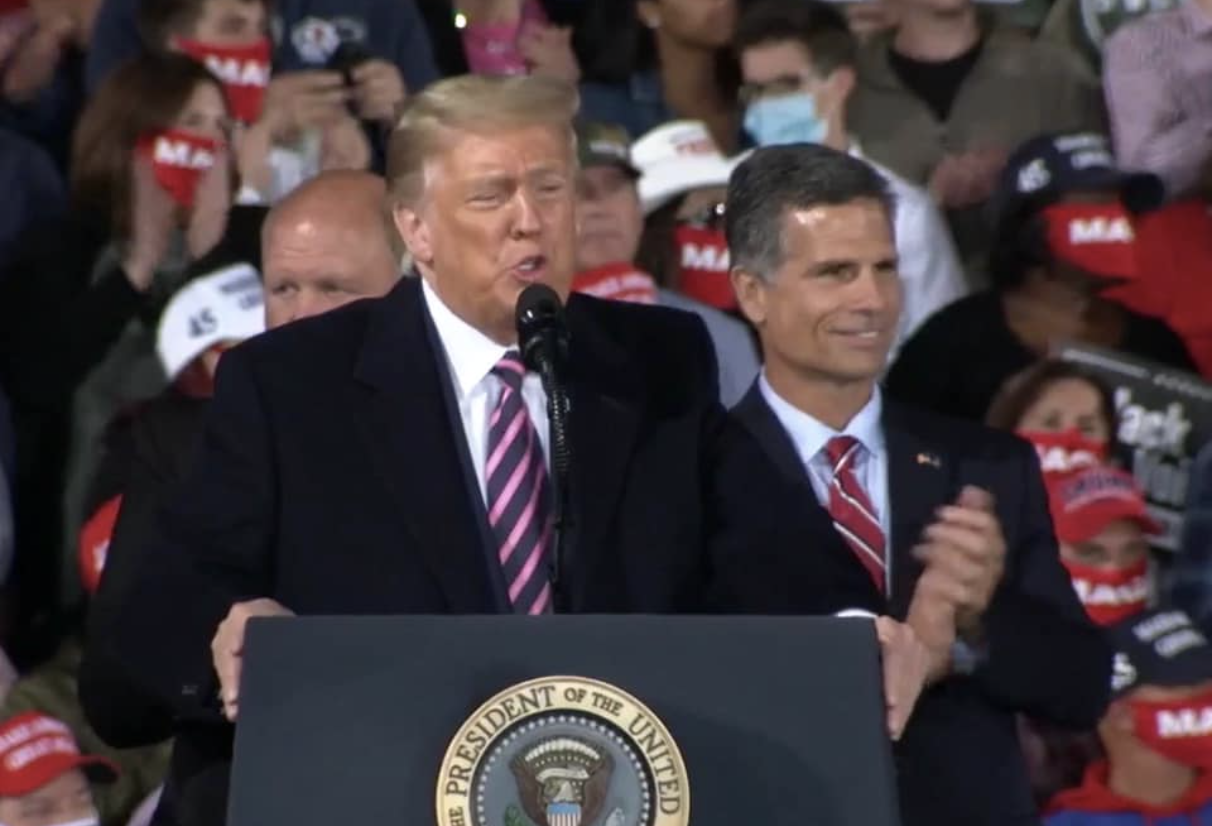 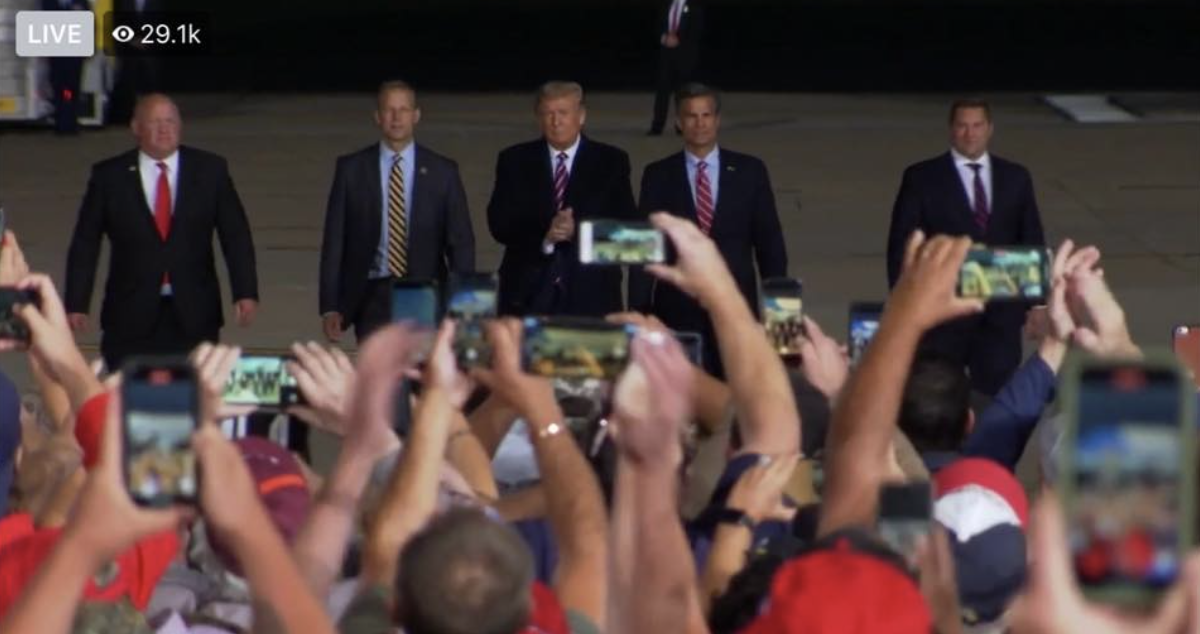 As the violent riots and unrest continue in cities around the nation, it is so important that we restore law and order to the streets. As I have said before, we must look at reforms in many areas of government, including our criminal justice system. However, we owe our brave law enforcement so much for the sacrifices they make to keep our communities safe. The overwhelming majority of our law enforcement are great people who dedicate their lives to helping others, no matter what the situation is. They run into dangerous situations as others run away. I will always stand with our brave law enforcement. This election, in many ways, has become a referendum on law and justice. President Trump supports law and justice while Joe Biden condoned violence in the streets for months, pandering to extreme liberals until the polls showed him losing ground.

This week, the U.S Department of Justice revealed that several military ballots were discarded in Luzerne County. Discarding a ballot cast by a law-abiding citizen is suppressing that legitimate vote. I am continuing to monitor this developing situation. We have heard many instances of ballots being discarded around the nation. The integrity of our elections matters and we must have a high level of voter security to ensure each vote is counted this November. This is one of the many reasons I introduced a bill to stop mail-in voter fraud. One citizen, one vote.

This week, I interviewed with the Berks County League of Women Voters. Click below or here to watch. 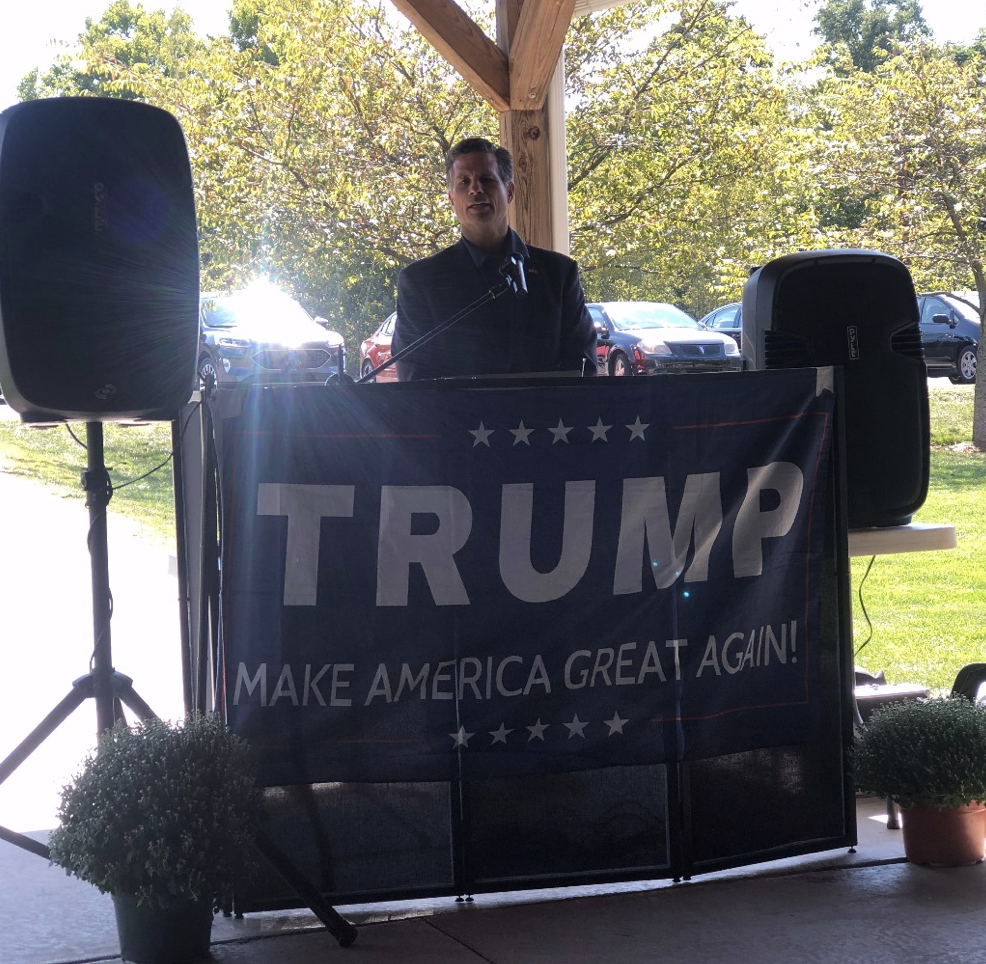 Later, we attended a tremendous Trump Rally at the home of Brenda and Alan Pugh. It was well attended and we are all on the Trump Train. (Shelley and I are pictured below) 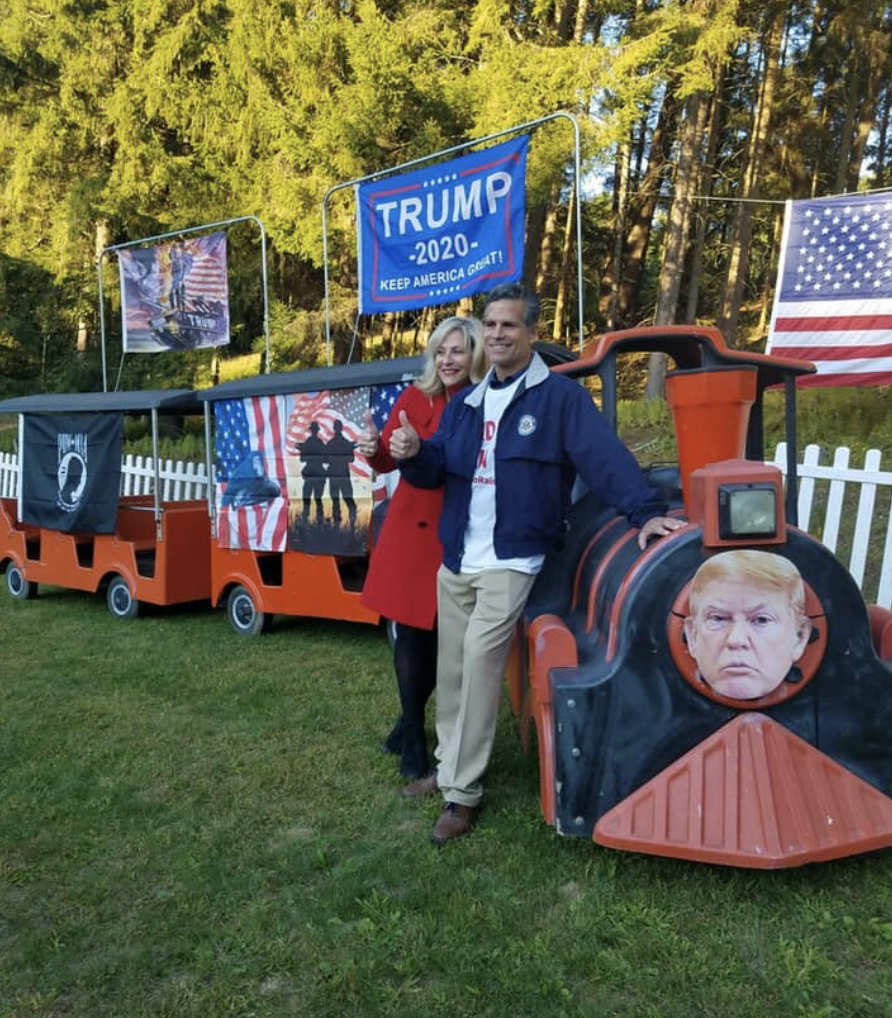 IN NEWS YOU WON’T HEAR IN THE MAINSTREAM MEDIA: We received further confirmation that the Obama-Biden FBI was indeed investigating the Trump Campaign four years ago. Additionally, a new report from the Senate Homeland Security and Governmental Affairs Committee, found the Obama White House knew that Hunter Biden’s position on the board of a Ukrainian holding company prevented “the efficient execution of policy with respect to Ukraine,” but that attempts by officials to raise alarms fell “on deaf ears.”

Records from the U.S. Treasury Department also “show potential criminal activity relating to transactions among and between Hunter Biden, his family, and his associates with Ukrainian, Russian, Kazakh and Chinese nationals.” What is also in question is a $3.5 million wire transfer he received from a Russian billionaire.

While Democrats in Congress wasted valuable time and resources to impeach President Trump, they have been silent on this issue. Why is the mainstream media ignoring this major story? Because it doesn’t fit their anti-Trump narrative. Sad. 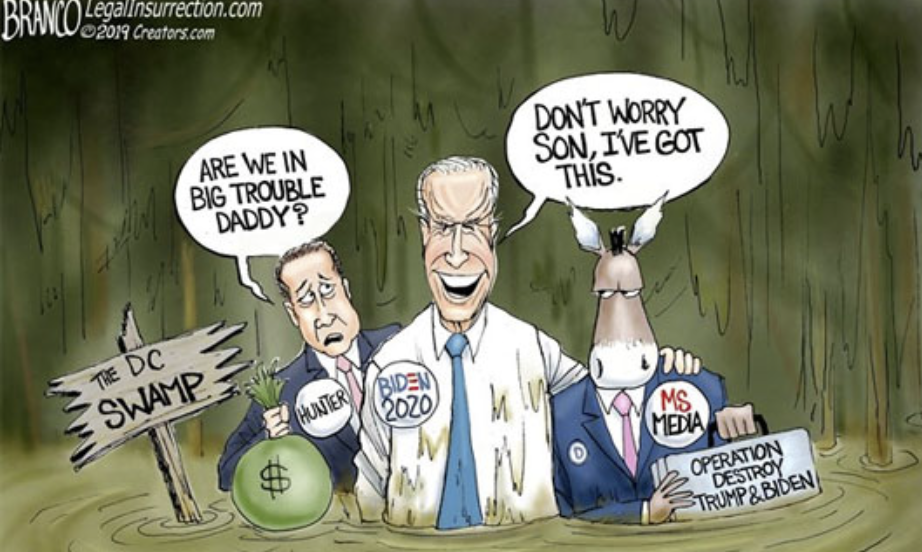 President Trump has promised to drain the swamp. Joe Biden and his son Hunter are permanent residents of the D.C. swamp. Biden won't drain a swamp he has been swimming in for 47 years.

My op-ed on my legislation H.R. 7231, the Infrastructure Bank for America Act was printed in the Wilkes Barre Times Leader. This is a budget-friendly idea to infuse private capital into public projects. Please click here to read.

Our campaign has yard signs, both Meuser for Congress and Trump for President. If you need yard signs or other campaign materials, please contact info@meuserforcongress.com.

Thank you and we hope to see you soon.