This week officially marked the beginning of peace and prosperity in the Middle East. The signing of the Abraham Accords at the White House was a historic moment of unity for the people of Israel, Bahrain and the United Arab Emirates. 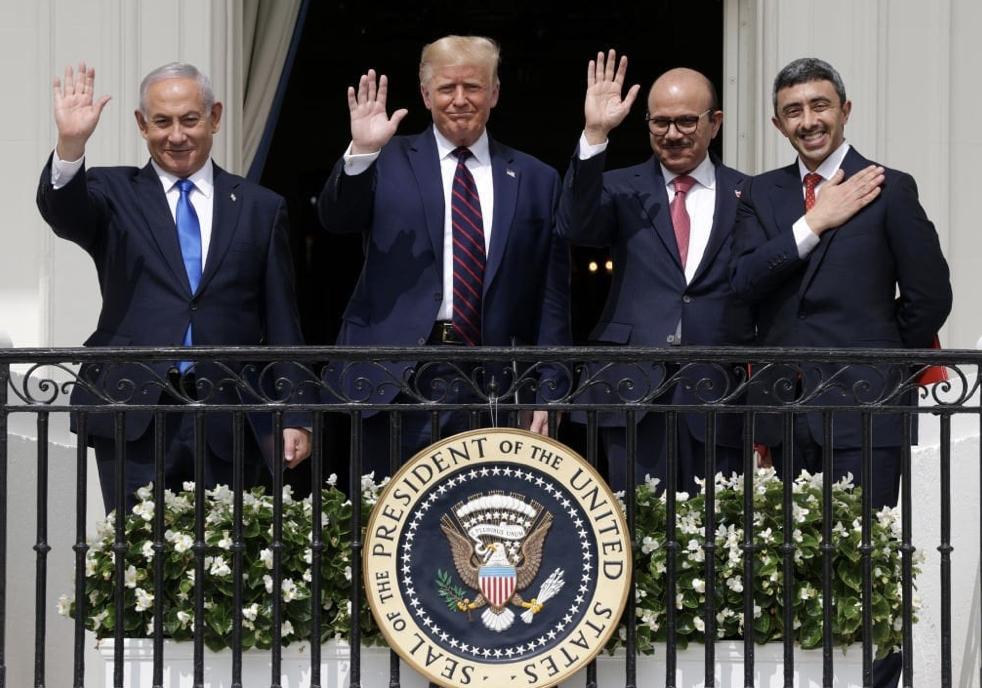 President Donald Trump and his administration deserve credit for forging peace and helping to forge economic ties, assure diplomacy and promote prosperity in the region. Once thought to be impossible, these agreements prove to the world that longstanding geopolitical differences can be put aside in pursuit of peace.

President Trump’s foreign policy has promoted peace by creating win-wins. He has rejected the failed approaches of the past; appeasement does not bring peace. Nations across the world have benefited from his approach. When President Trump was sworn-in as our President, the Middle East was in a state of violence and extreme turmoil. To date, he has worked to make American strength a welcoming influence, culminating in the first peace deals signed between Israel and the Arab state in more than a quarter-century. The American people and the world are safer because of President Trump’s leadership.

Unfortunately, much of the mainstream media ignored this historic peace agreement as they are laser-focused on tearing down President Trump before Election Day. Sad.

This week, I was in Washington, D.C. as Congress was back in session. Unfortunately, rather than passing legislation to help support hardworking American families as we continue our recovery from COVID-19, Speaker Nancy Pelosi and Democratic leadership have prioritized politics and their commitment to defeating President Trump. I appeared Fox Businesses’ “After the Bell” this week to discuss our missed opportunity. Click hereor below to watch. 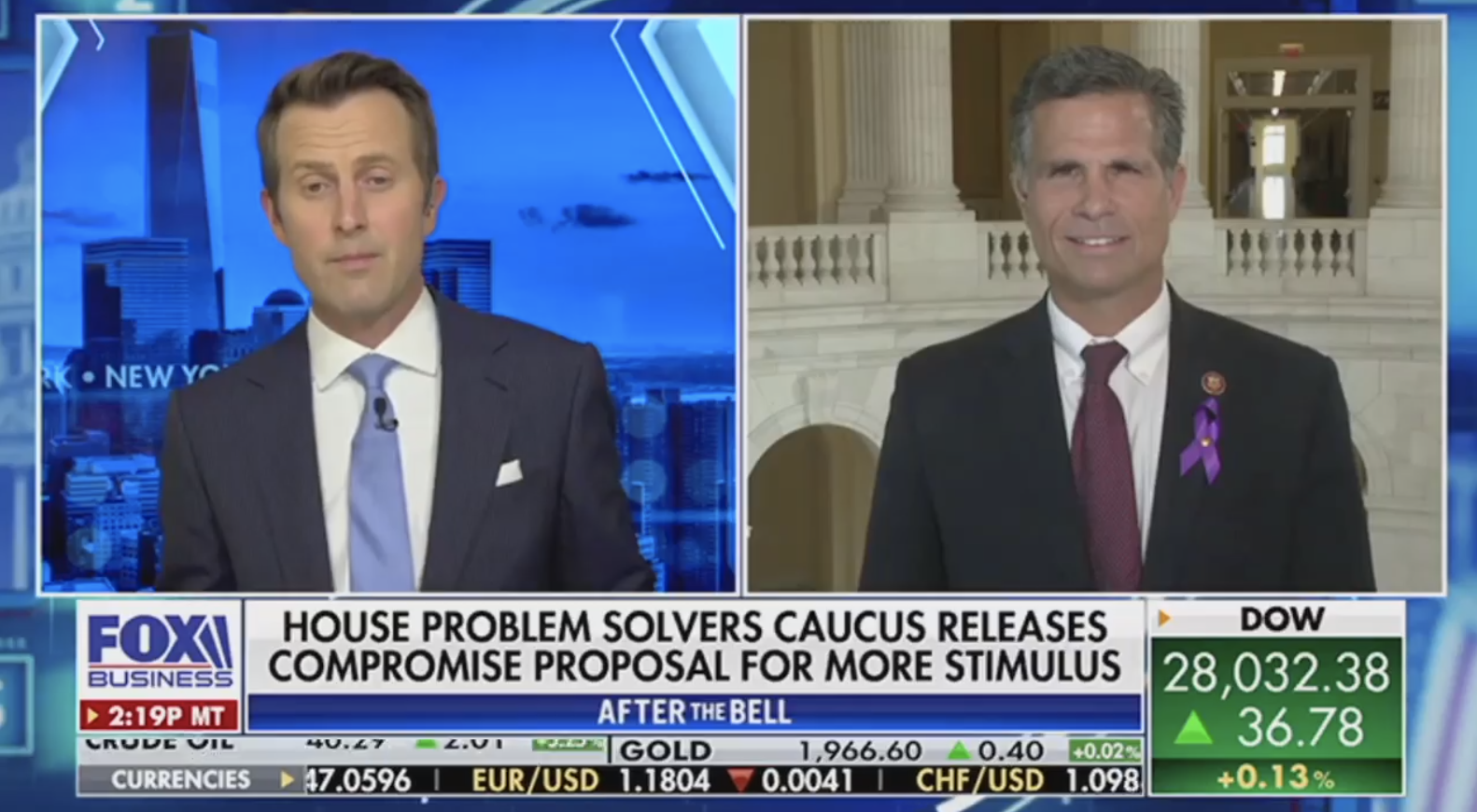 In Congress, I have gotten to know several extraordinary public servants that I am proud to serve alongside. One of those individuals is Rep. Dan Crenshaw, an American patriot and decorated veteran. Rep. Crenshaw released a video highlighting the lost opportunities and wasted efforts from the Democrat-led Congress. Click here or below to watch this really good video message. 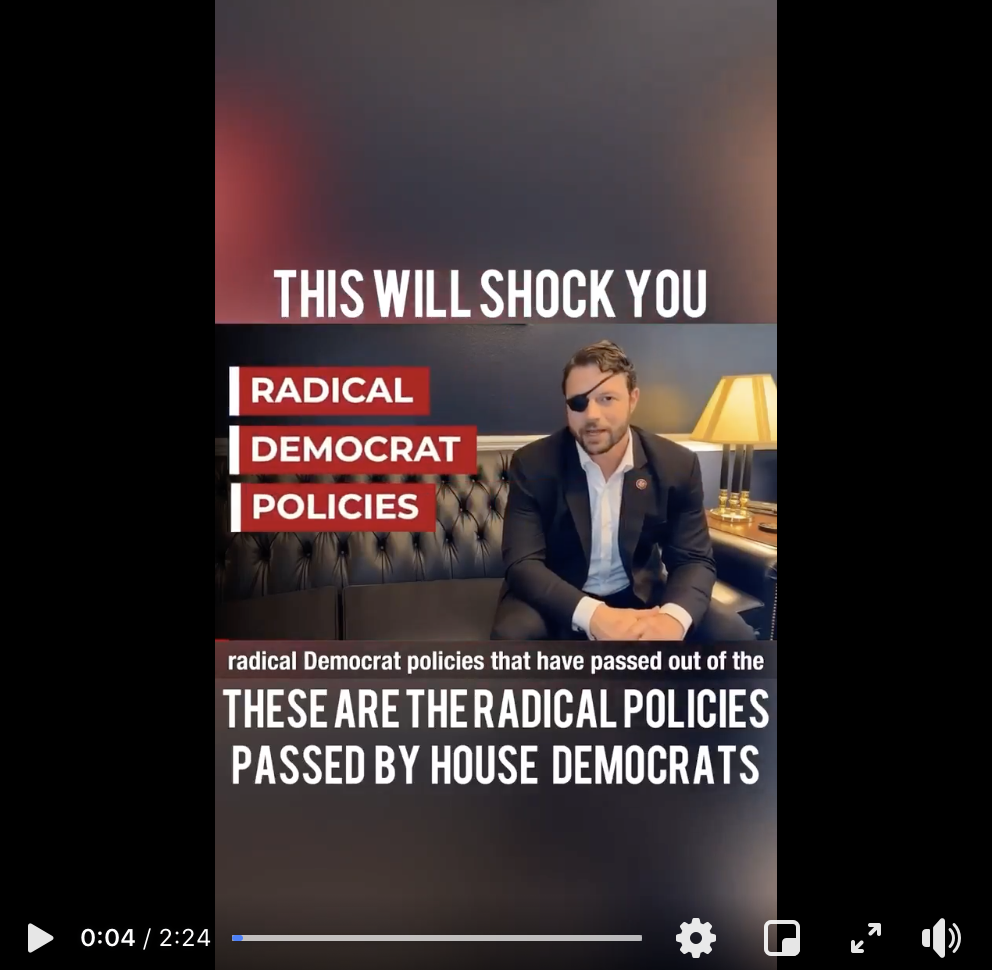 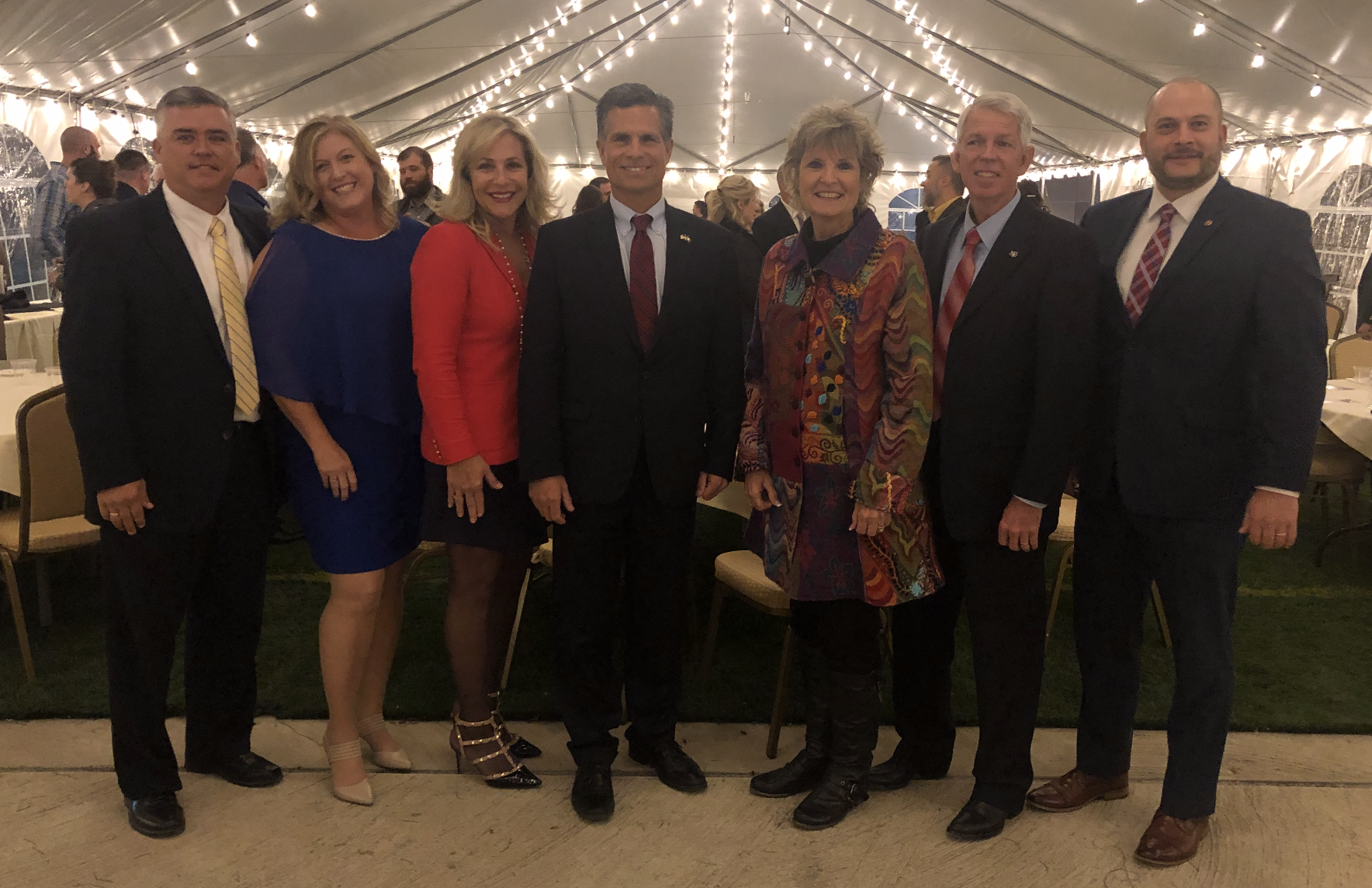 Today, I stopped by a golf tournament at the Schuylkill Country Club to raise money for the Captain Jason Jones Foundation. Captain Jones was a decorated soldier who was killed in action defending our nation in Afghanistan. The foundation was established by a group of Jason's close high school friends and they make donations and support soldiers, veterans and their loved ones in Jason's honor. Pictured below with Jay Jones and State Rep. Mike Tobash. The second picture is with Senator Dave Argall, Schuylkill County Zoning Board President John Malinchock, candidate for state representative Tim Twardzik and State Rep. Mike Tobash. 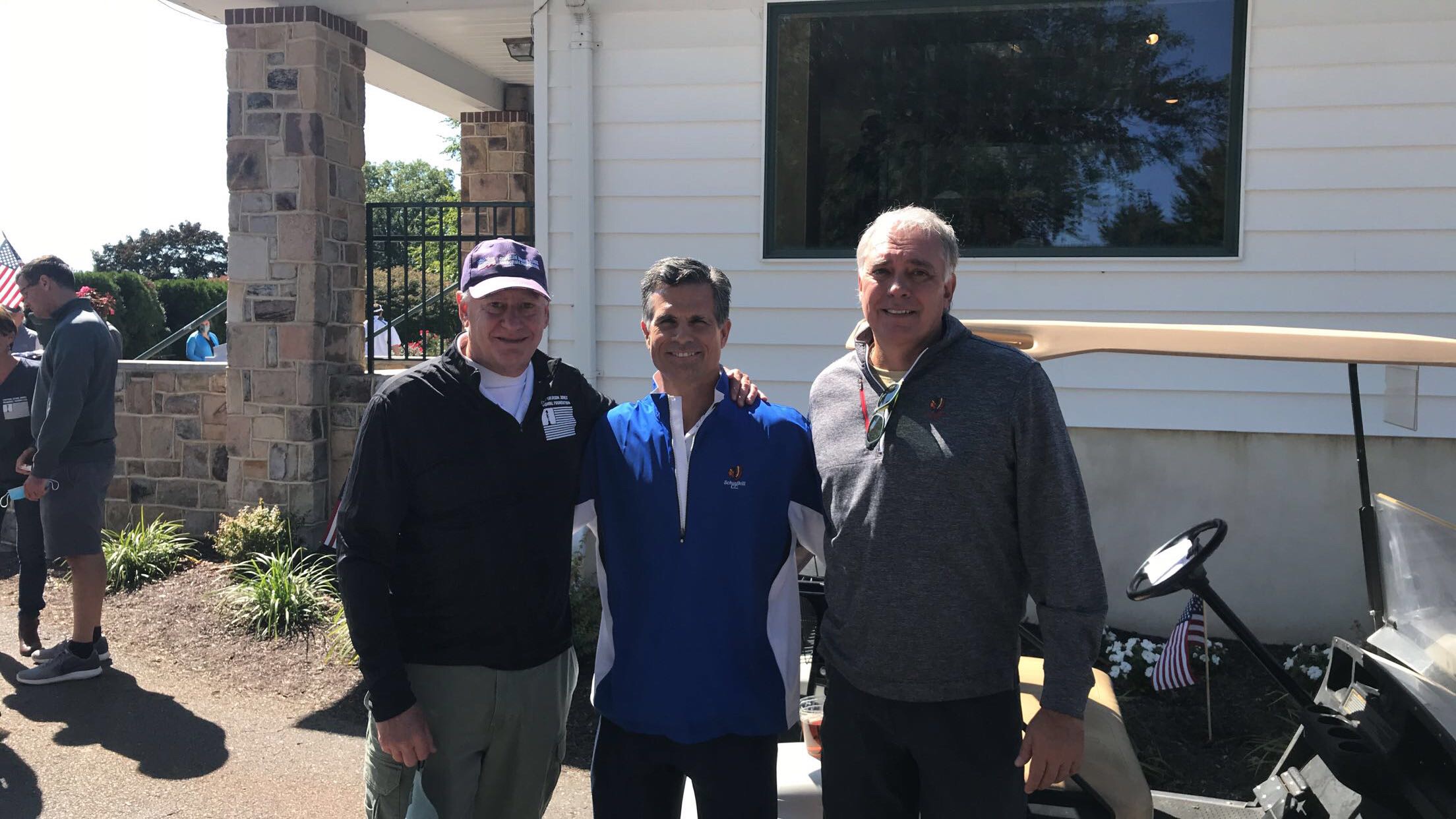 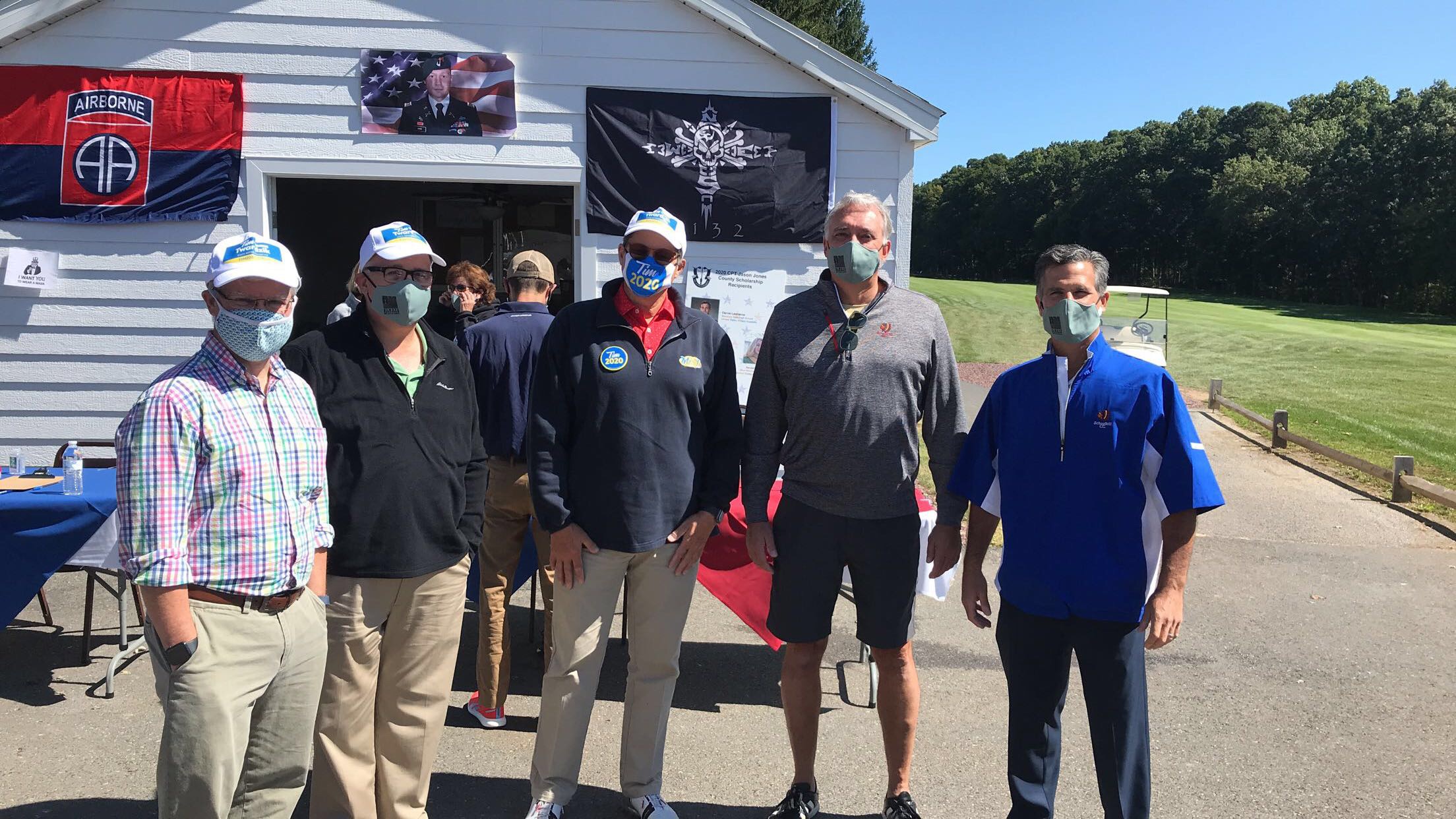 IN NEWS YOU WON’T HEAR IN THE MAINSTREAM MEDIA: At Sleepy Joe Biden's “town hall” in Scranton last night, he was given a total pass by CNN. Of the 16 participants who asked questions of the Vice President, 13 of them were Democrats. We had a constituent from Schuylkill County, Julie Masser Ballay, ask a question. Click here to watch. 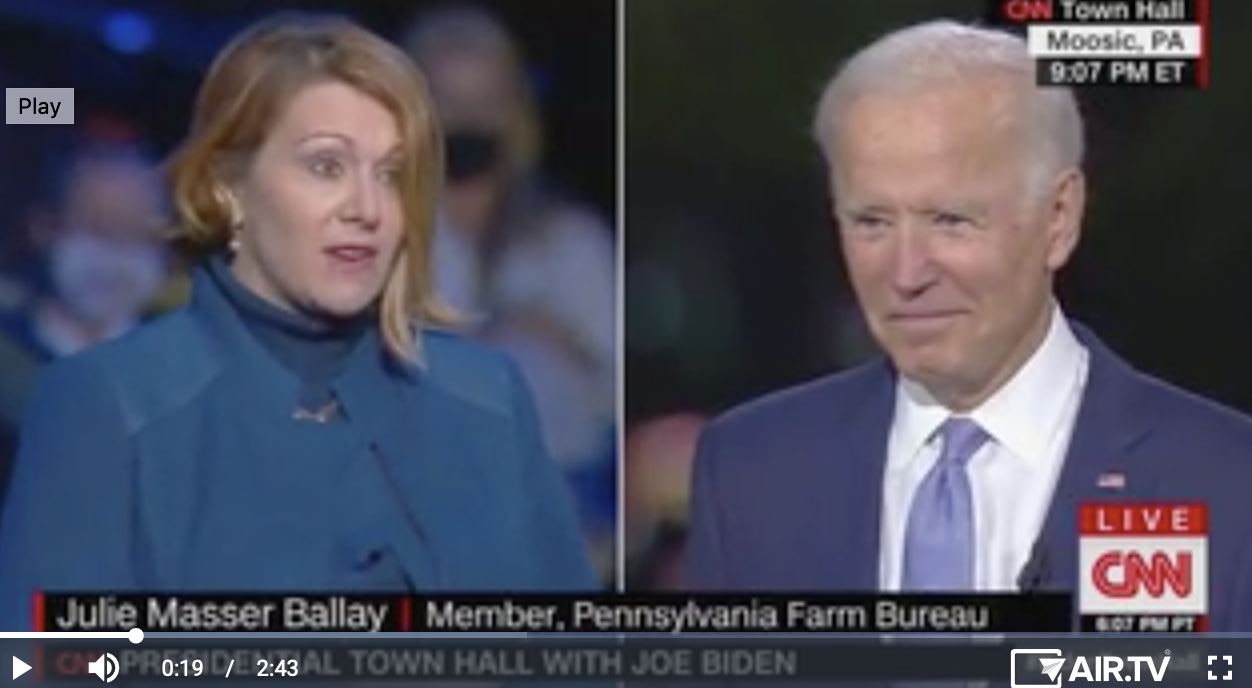 The disgraceful response and he knows nothing about what he is trying to talk about, not to mention the fact that there was no fact-checking on his answers. Delaware was nowhere near $4 billion in poultry sales. If he was referring to the Delmarva peninsula, they do around $3 billion in poultry sales. It is annoying that Joe Biden can lie and the media blatantly ignores this. Kudos to Julie for doing a great job.

Meanwhile, President Trump had a real townhall with ABC where he was asked pointed questions and he delivered real answers.

In Scranton, Vice President Joe Biden continued to promote an extreme liberal agenda on a variety of issues, especially his advocacy for the Green New Deal and anti-energy policies. Don’t be confused...like Joe often is. Biden wants to kill the natural gas industry and ban fracking. Click here to watch him talk about banning fracking. 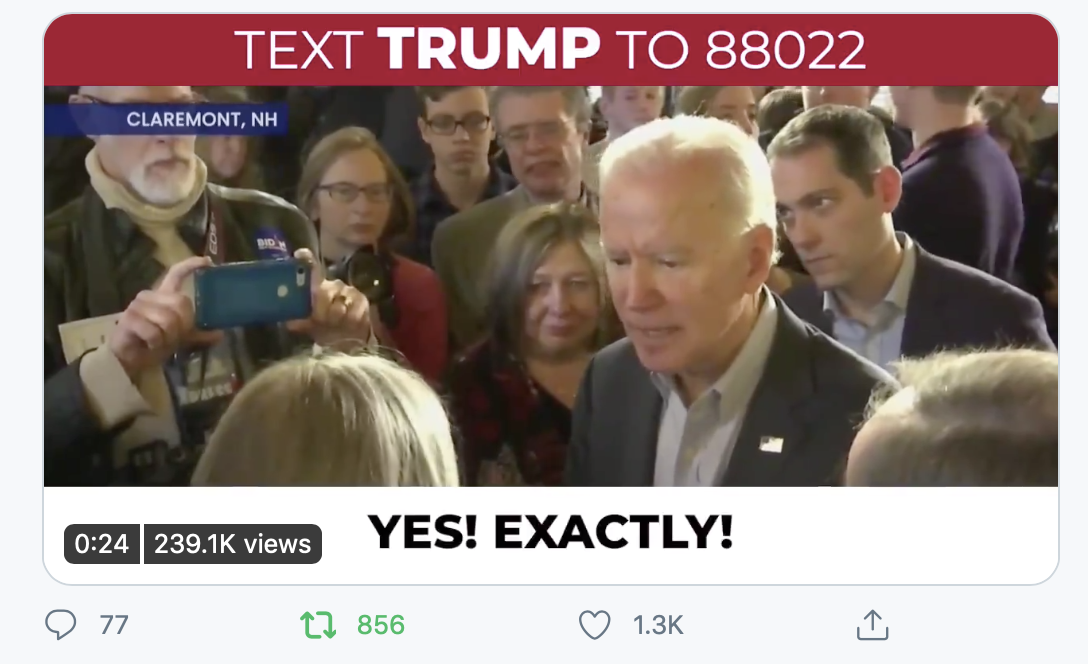 If Biden's agenda isn't far-left enough already, extreme socialists, like anti-energy advocate Congresswoman Alexandria Ocasio-Cortez promise they will push Joe to adopt an even more extreme socialist agenda. Click here or below to watch her discuss her plans to drive Biden further left. 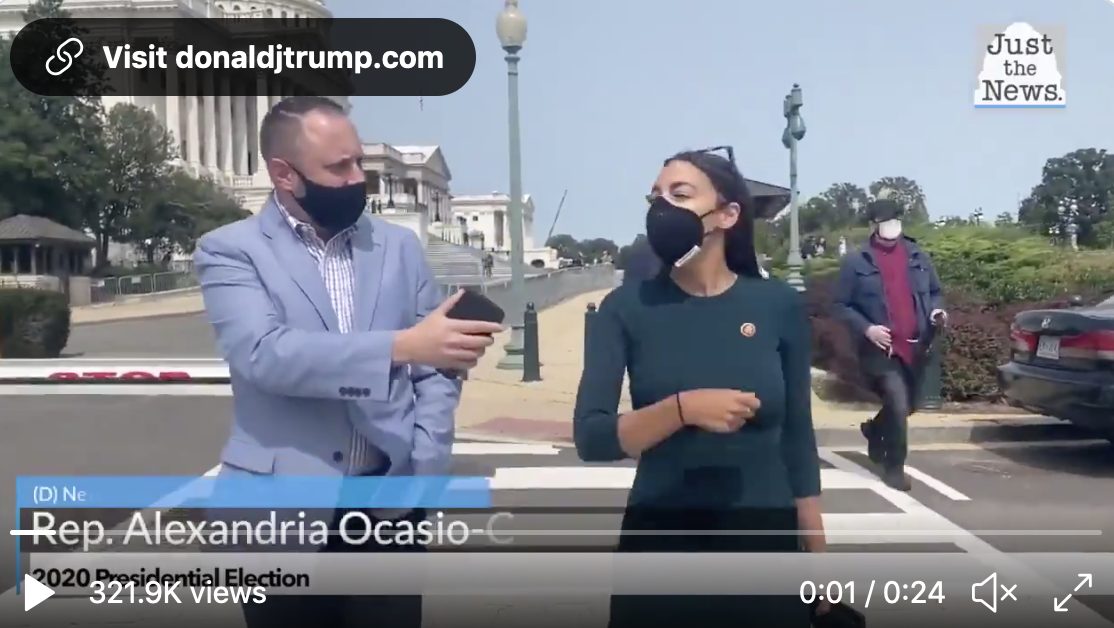 That is scary and shows just what it as risk on Election Day.

For those of you keeping score, the Biden-Harris agenda includes:

These are just a few of the disastrous Biden-Harris policies... my mistake, as they have both stated, the Harris-Biden policies... we can look forward to if they are elected. We must do everything we can to reelect President Trump and take back control of the U.S. House.

And Democrats are working to stack the deck against us.

This week, the Pennsylvania Supreme Court chose to ignore the rule of law and push a partisan Democratic agenda.

First, they reversed a Commonwealth Court decision and bounced off the Green Party’s presidential candidate off the ballot in Pennsylvania on a technicality. Please note that this is a court that has traditionally ruled in favor of allowing ballot access, but they went the other direction due to their need to serve their partisan political agenda.

Additionally, they permitted ballot drop boxes and are allowing ballots to be counted three days after Election Day. Neither of those measures was approved by the legislature. The Pennsylvania Supreme Court is setting Pennsylvania up to be the laughingstock of the nation as we may not be able to determine a winner of our Commonwealth's electoral votes for days or weeks. That could throw the result of the presidential election into doubt for weeks.

What is the best way to combat the Democrats' attempts to use the courts to rig the election in their favor?

We must get out the Trump vote. It has never been more important to vote to re-elect President Donald J. Trump and elect a new Republican majority to U.S. Congress.

Our campaign has received an order of Meuser for Congress signs. A large order of Trump-Pence signs is being delivered as well. We will be announcing sign pick-up events throughout the District in the coming days. People are excited to support the President and we want to help them show their support with their own yard sign.

Lastly, I want to acknowledge the passing of Supreme Court Justice Ruth Bader Ginsberg. She was only the second woman to be appointed to the U.S. Supreme Court. Her longtime friendship with the late Antonin Scalia serves as a reminder that we can disagree on the issues without being disagreeable with one another. My thoughts and prayers are with the Ginsburg family during this difficult time.

This does bring up the issue of whether or not to nominate a new Justice for the Supreme Court at this time. I support the President as it is his duty to nominate a new justice for the nation's highest court without delay. This is an important opportunity to put another strict constructionist justice on the Supreme Court. We need a new justice who will support the U.S. Constitution and the rule of the law.

President Trump is headed back to Pennsylvania twice next week and we look forward to seeing him in Pittsburgh and Harrisburg.