Good afternoon and welcome to our Week End Update!

This week, the United States House of Representatives was back in session.

As our nation paid tribute to those who lost their lives in the terrorist attacks on 9-11, the New York Times tweeted that “airplanes took aim and brought down the World Trade Center.” It is appalling that the liberal mainstream media, 18 years later, could not call the attacks what they were... Radical Islamic Terrorism. It's absurd. 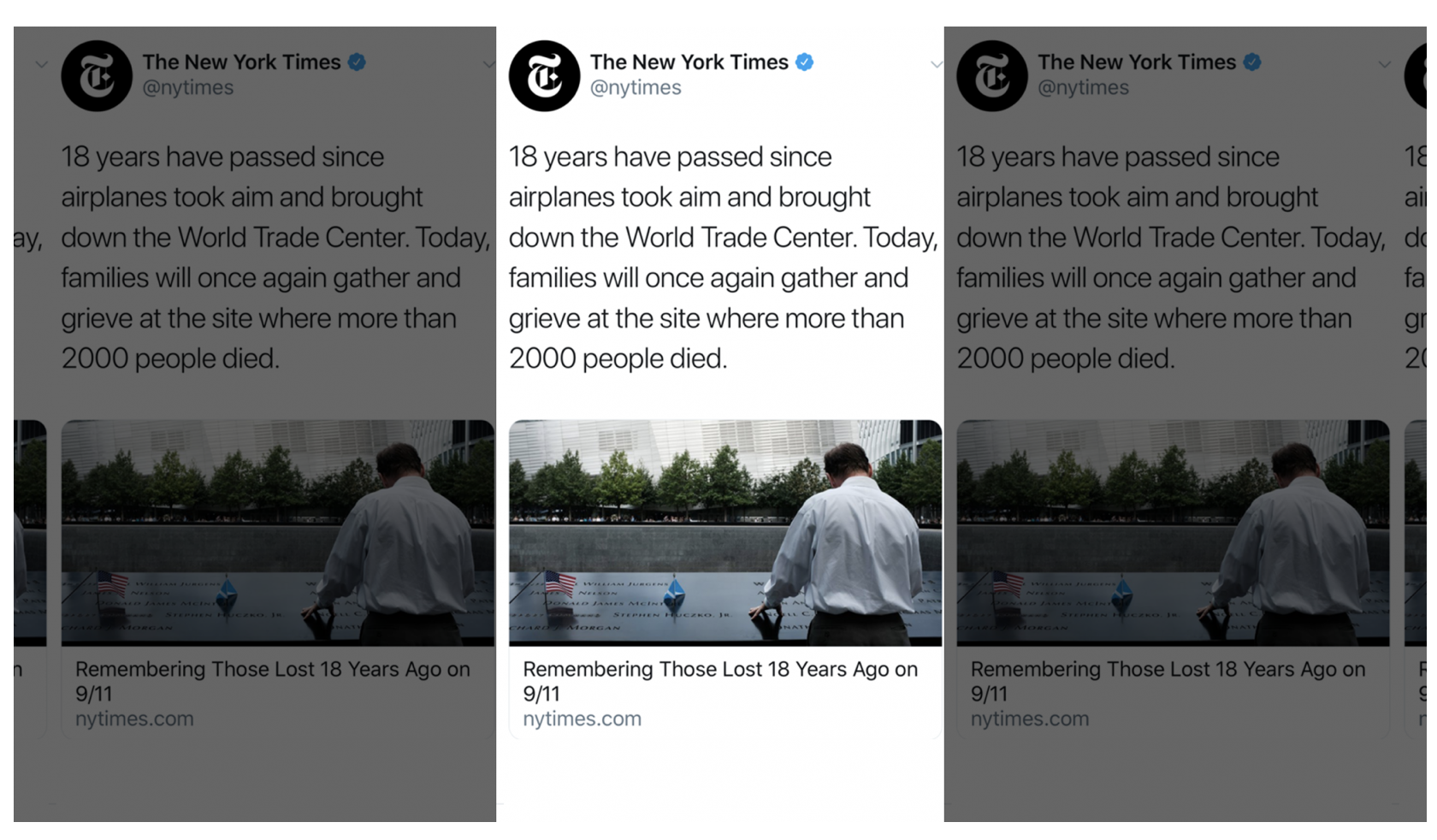 Want another blatant example of bias in the mainstream media? Look no further than the the recent Special Election in North Carolina for the 9th Congressional District. The media attempted to use the news to advance the election of the Democratic candidate and make the race a referendum on President Trump. Thankfully they failed and Republican Congressman-elect Dan Bishop was victorious.

President Trump summed up the media's efforts best at a recent Congressional get-together telling Congressman-elect Bishop that if he would have lost, he would have been a household name. However, because a Republican winning the race didn't fit the mainstream media's narrative, they quickly moved on to other ways to attack the President. In fact, if you didn't watch Fox News the day after the election, you wouldn't have know the race even took place.

The mainstream media blames the President for everything. Next thing you know, they are going to blame President Trump for burning down "Cheryl's She-Shed." HaHa.

On Tuesday, House Republicans hosted a hearing on the Born-Alive Abortion Survivors Protection Act advocating for babies born alive after failed abortions. It is time for Speaker Pelosi to hold a vote on this bill.

Earlier this week, Congressman Steve Scalise and I co-hosted an event. Congressman Scalise is a tremendous leader in our Caucus and I am proud to serve alongside him. I want to thank him for taking time to attend our event. 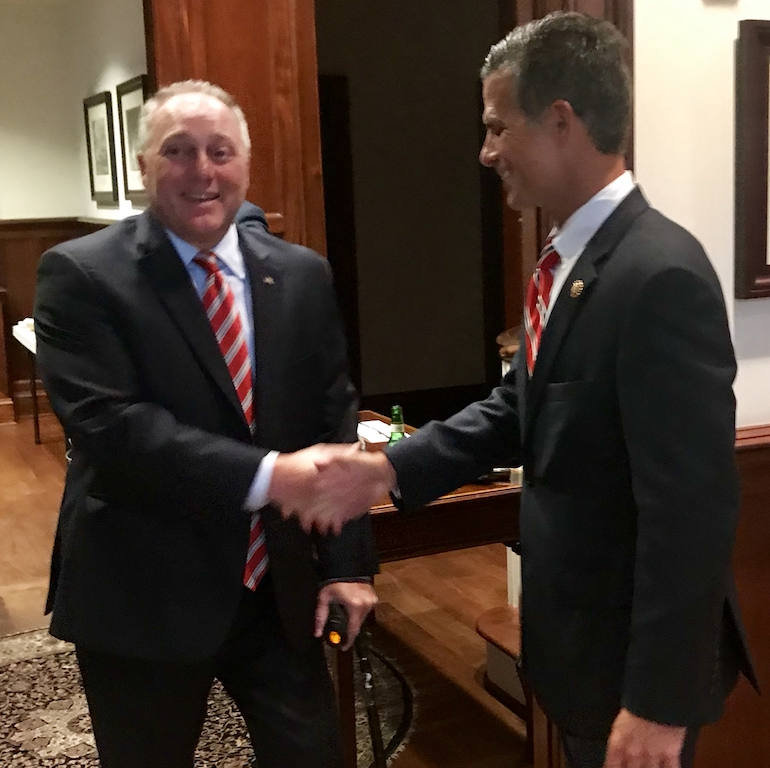 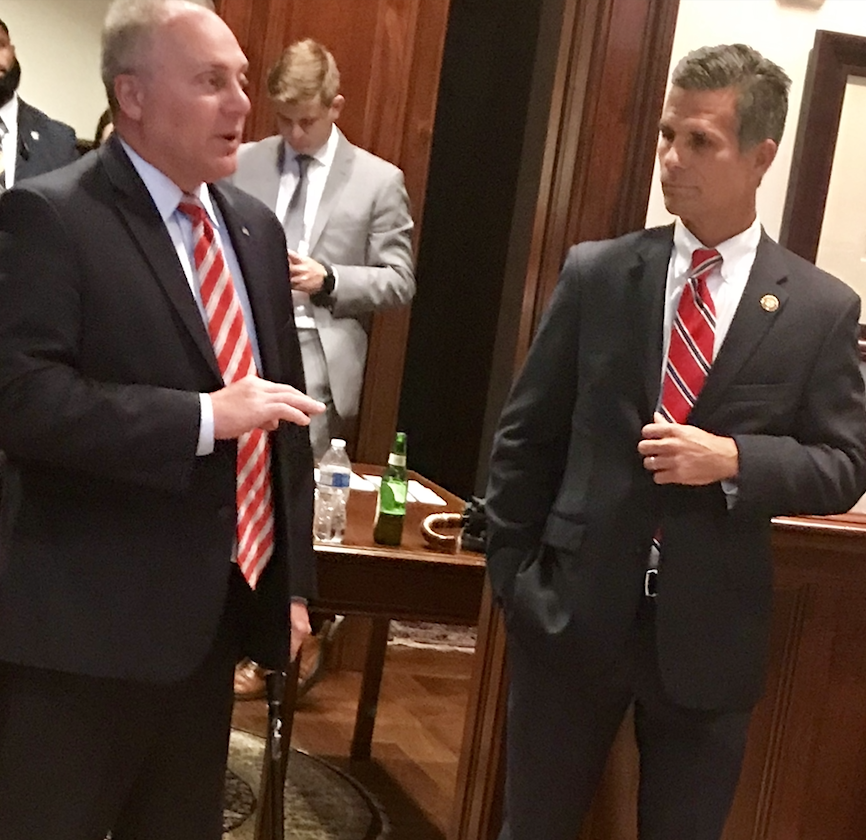 My wife Shelley and I attended an event in Baltimore on Thursday night with President Donald Trump and my Republican colleagues. President Trump delivered an update on our nation's economy and other pressing matters. It is clear that the America First agenda is working and our nation is on the path towards continued prosperity. Below are pictures of Shelley and President Trump and her and I with Vice President Mike Pence. 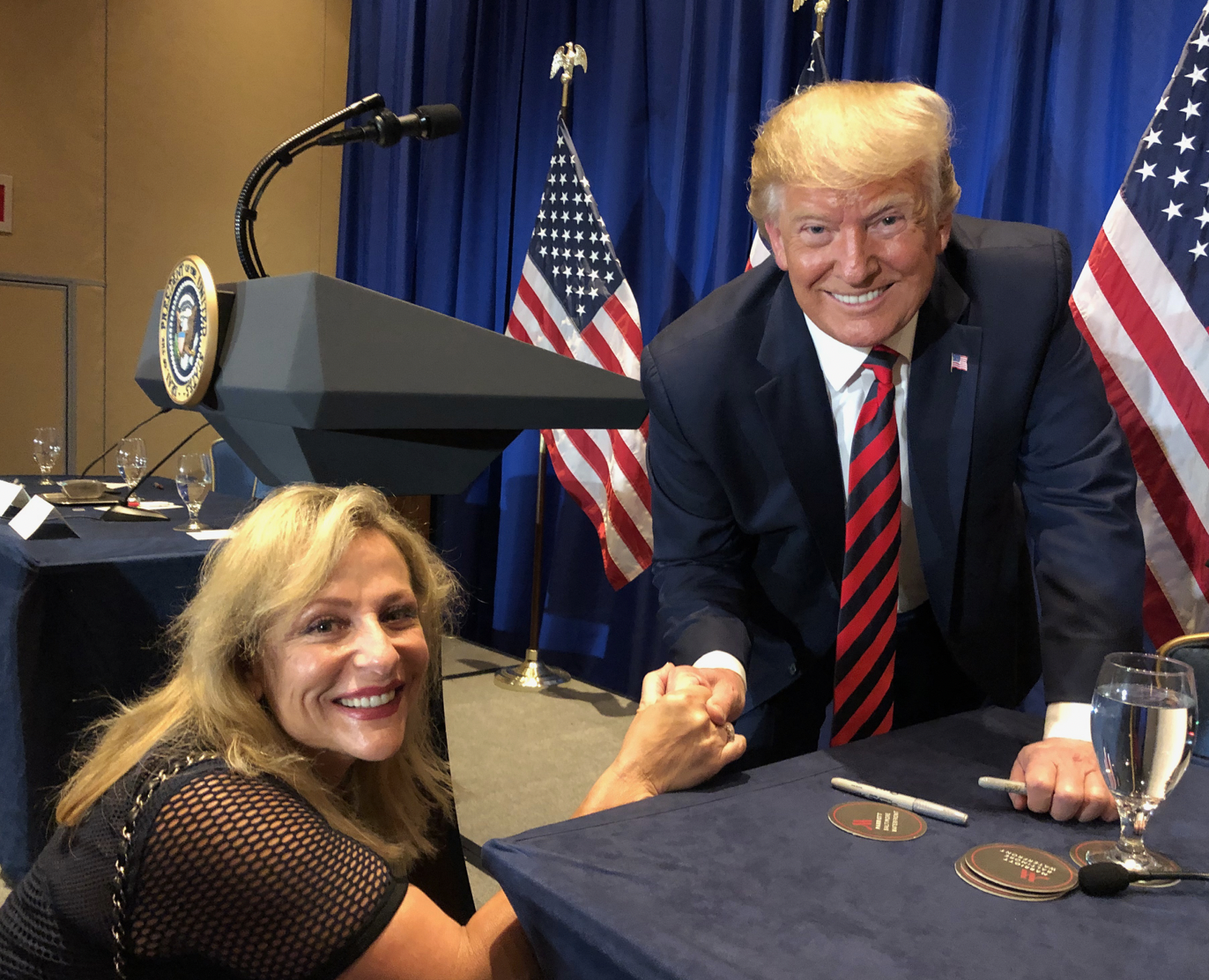 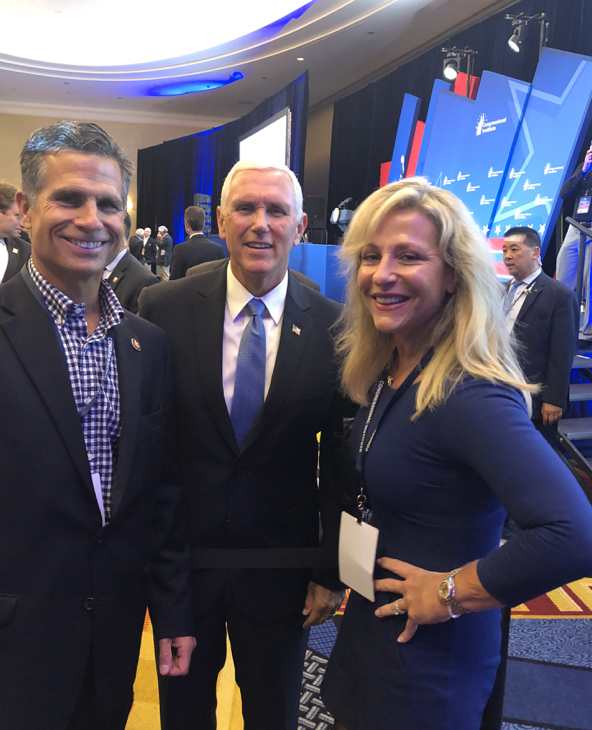 This week, we met briefly with the National Pork Producers Council where we discussed the USMCA and programs included in the 2018 Farm Bill. 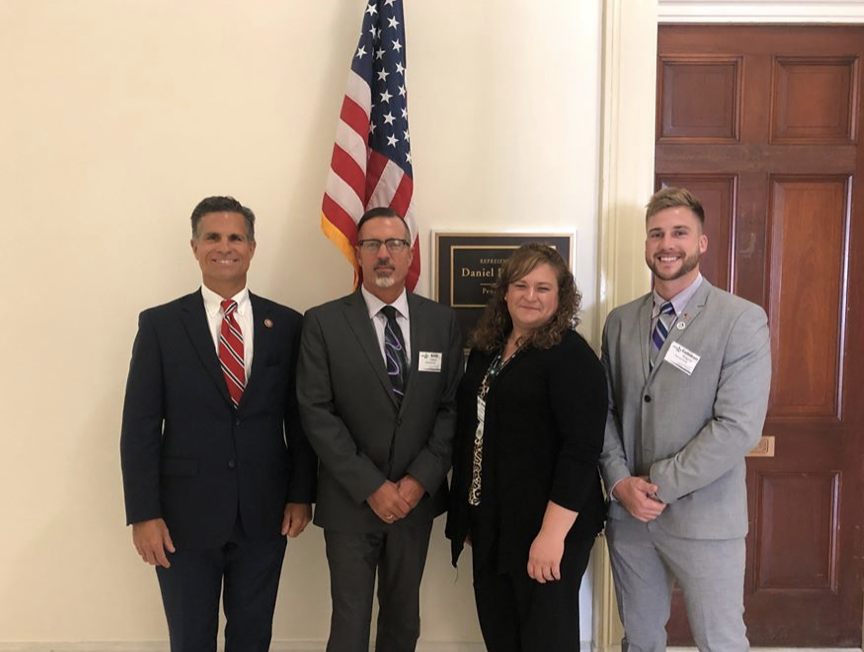 President Trump negotiated a trade deal with Canada and Mexico that was long overdue. With Congress back in session, we must pass the #USMCANow. In the U.S., it will add roughly $68.8B to the economy and spur more than 175K jobs. Click here to read an op-ed from the Washington Post calling on Democrats in Congress to pass the USCMA now.

All Americans should call the Speaker's Office and any Democrat member of Congress in Pennsylvania and ensure they are going to vote in favor of the USMCA. Enough already. This trade agreement must be brought to the House floor. Speaker Pelosi must stop putting her politics over the people. 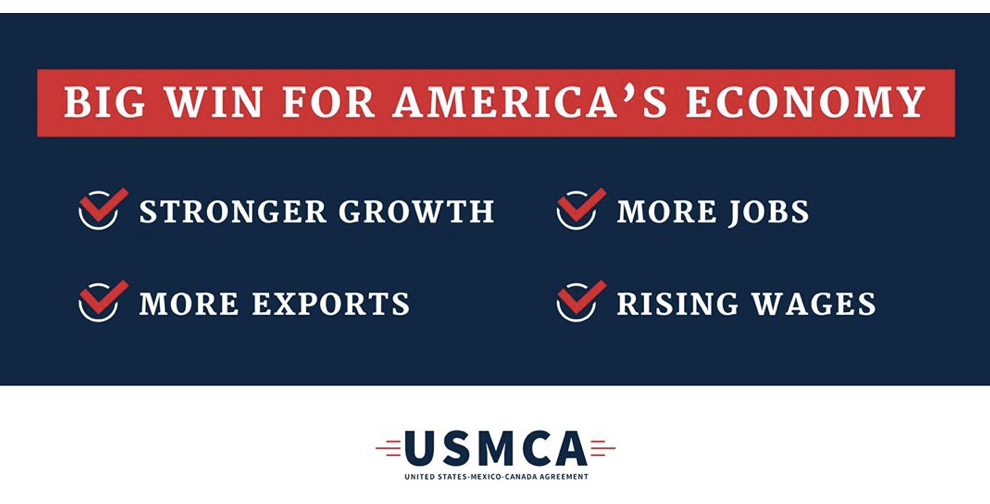 On the floor of the House, I voted against three pieces of legislation that would have restricted future gas and oil development in Alaska and the Gulf of Mexico. The United States has finally become energy independent and the socialist Democrats appear determined to roll back the clock to a time when we had to depend on other nation's for our energy. This is not in America's best interests and another reason we must win back the U.S. House next year.

In News You Won’t Hear In the Mainstream Media... The Democrats are pushing forward with an aggressive socialist agenda as it relates to health care.

The Democrat's health care plan is government-run, single-payer health care that is known as Medicare-for-All. Their plan, just like most of their initiatives, monopolizes the system, limits choices, includes higher costs, less access and lower quality care.

I fully believe Republicans will have a health care plan to unveil in the coming months that the White House and Congress fully support. The plan will be built on choice, quality, affordability, modernization initiatives, associated health plans, include coverage for those with pre-existing conditions and provide transparency in costs. We plan to have strong legislation regarding the cost of pharmaceuticals and protections against surprise billing.

This is yet again another clear difference between the Republican agenda and the radical socialist agenda being advanced by Congressional Democrats.

In tonight's Friday Night Lights Update, we want to wish all the High School football teams throughout the 9th District the best of luck. We will be paying attention to a number of key games, including the Hamburg Hawks who are taking on the Minersville Battlin' Miners.