Yesterday, we paused to observe the 20th anniversary of the tragedies of 9/11, and Shelley and I want to join you in prayer and remembrance for the individuals we lost that tragic day. We remember and pray for the families of those we lost. We thank and recognize the countless first responders who bravely rushed into burning buildings to save lives and those who dug through debris and rubble desperately trying to save lives. We also pay tribute to the brave American soldiers who put their lives on the line, some paying the ultimate price in defense of our nation. 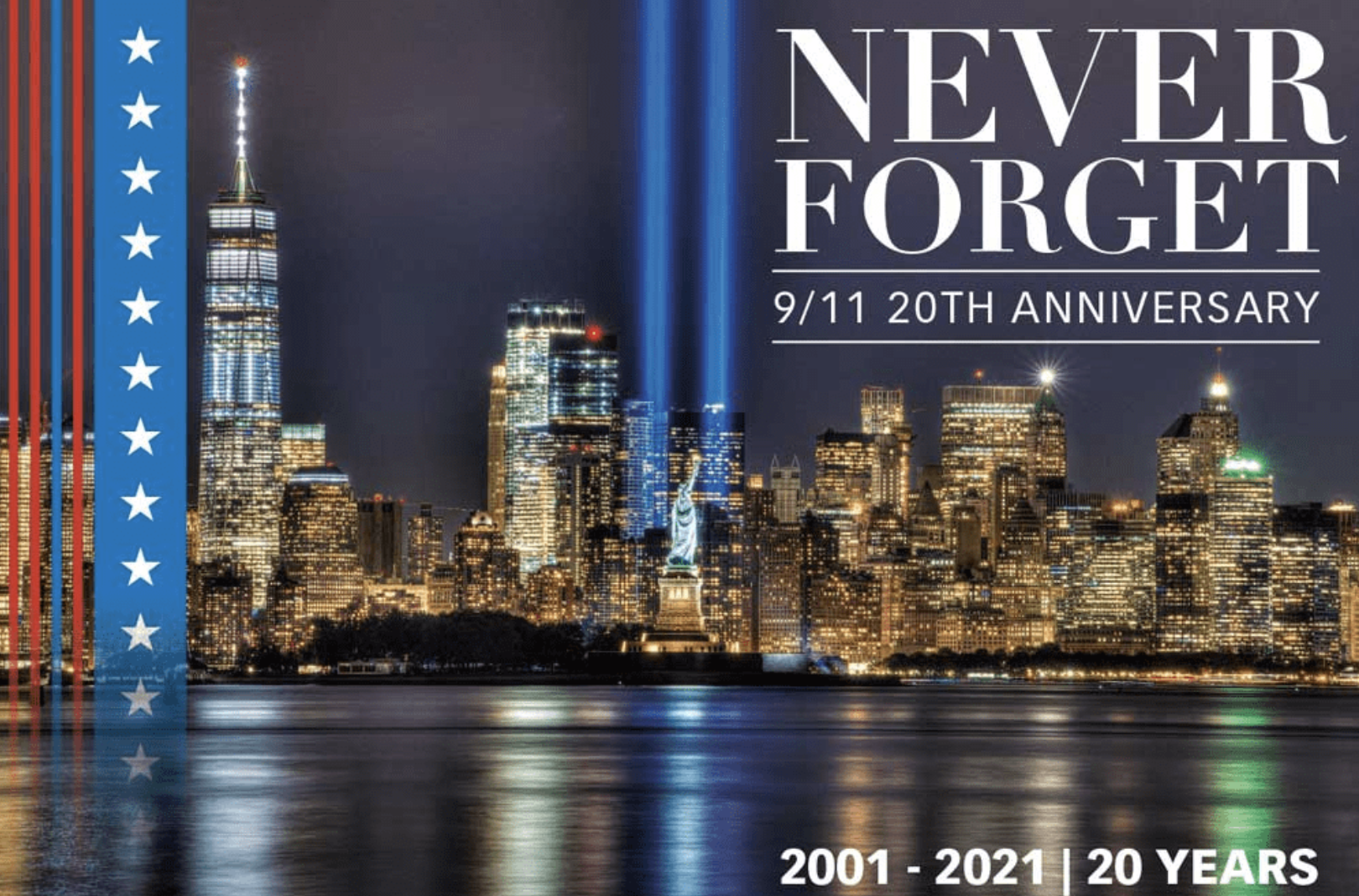 On the morning of September 11, 2001, I, like you, remember it was a gorgeous morning. I kissed my wife and three-year-old daughter, Jacqueline, goodbye. I drove my seven-year-old daughter, Caroline, to school. I recall arriving at work, and within minutes was informed a plane hit a World Trade Center tower. Joined by a group in my office, we watched the horrific scenes unfold. We closed down Pride Mobility at noon and encouraged our people to go home to their families. That night, I finally connected with a good lifelong friend, New York police officer Tom Lowney, and discussed what I could do to help. He called me the next day and asked if we could bring some of our scooters to Ground Zero for use. The next day, I drove a truck filled with about twelve scooters into Manhattan.

At the time, I never asked why they needed them; I just acted. I later found that the Pride scooters were not required for the injured, as they weren't recovering injured. Instead, these scooters were for the firefighters and police supervisors to make the rounds at Ground Zero. Many of these supervisors were on the job 24 hours a day.

When we made it down to the site, it was the worst scene imaginable. There was an awful stench and soot in the air. I'll never forget. However, what sticks out in my memory, even more were the large crowds lining the street leading to Ground Zero. The crowds were cheering the first responders, firefighters, police, and volunteers going back and forth. These patriotic Americans were there in the mornings through 11 p.m. when we left. The flags, banners, blessings, thanks, and encouraging voices were so inspiring. Americans, and undoubtedly many others from around the world, from every walk of life, stood together UNITED behind our nation. They had confidence our country would make it through this tragedy.

We certainly need to reignite that feeling of unity. The policy differences we face must be secondary to the fact that we are all Americans, the USA, and we will always work towards "a more perfect Union"... as is written in our Constitution preamble. As Abraham Lincoln said best, "We here highly resolve, that these dead shall not have died in vain, and that this nation, under God, shall have a new birth of freedom, and that a government of the people by the people and for the people shall never perish from the earth."

Here in Pennsylvania and across America, we remember and thank the heroic individuals on United Flight 93 who sacrificed their own lives to thwart the terrorists' plans to execute another mass-causality attack in D.C. Those heroes delivered America's first victory in the War against radical Islamic terrorism. 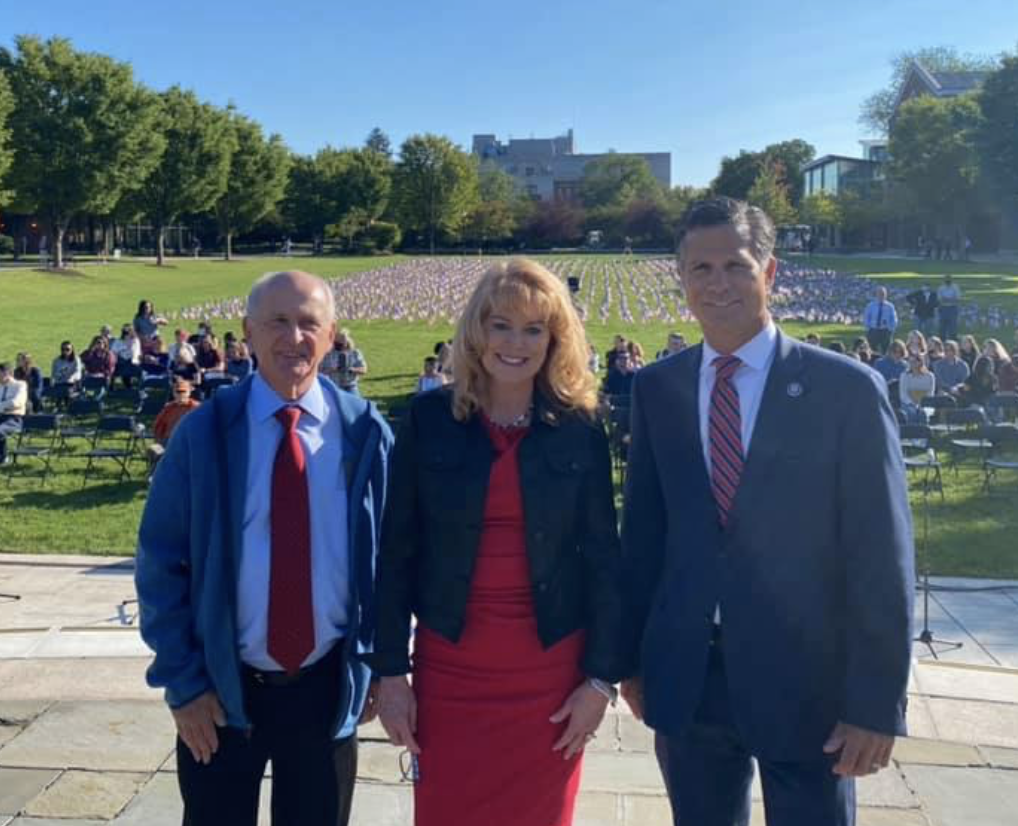 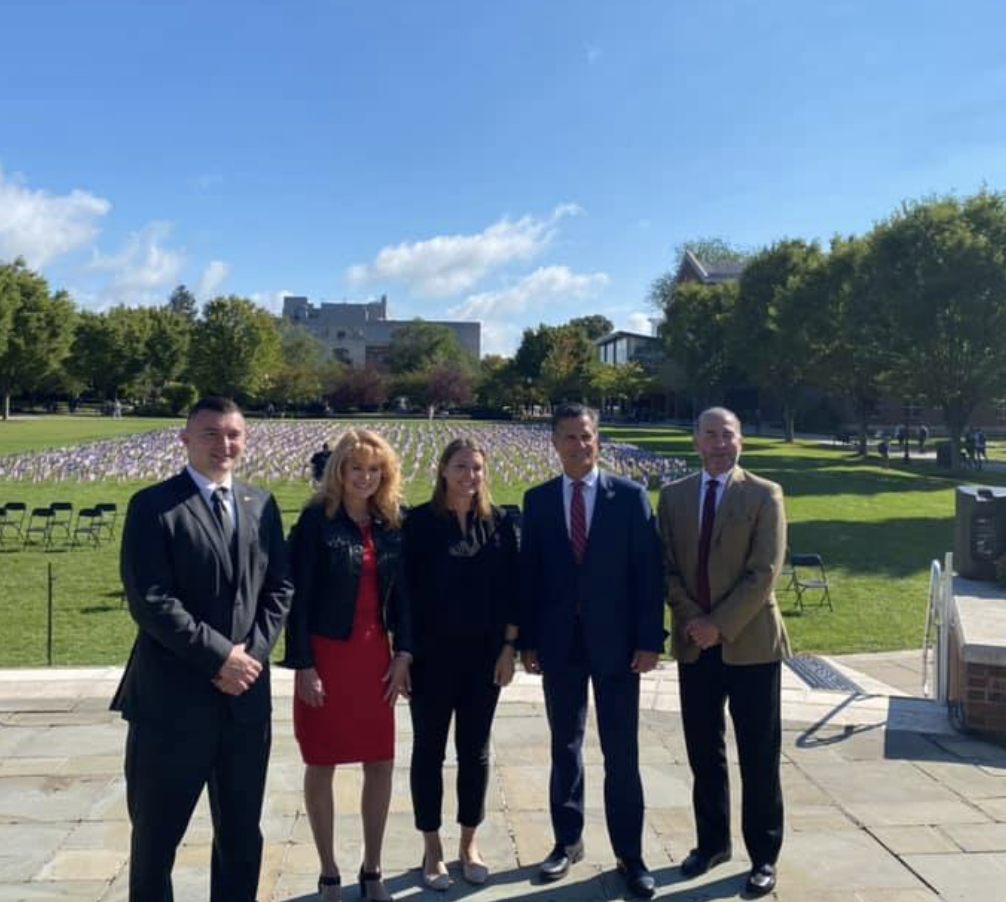 Yesterday, I attended a golf tournament supporting the Captain Jason B. Jones Foundation at the Schuylkill Country Club. Captain Jones was a decorated soldier who was killed in action defending our nation in Afghanistan. The foundation was established by a group of Jason's close high school friends, and they make donations and support soldiers, veterans, and their loved ones in Jason's honor. This was an amazingly inspiring and emotional event with great speakers and a very large group in attendance. These are honestly the best of America, and all were there to Never Forget. Captain Jason B. Jones father, Jay Jones, led the proceedings. 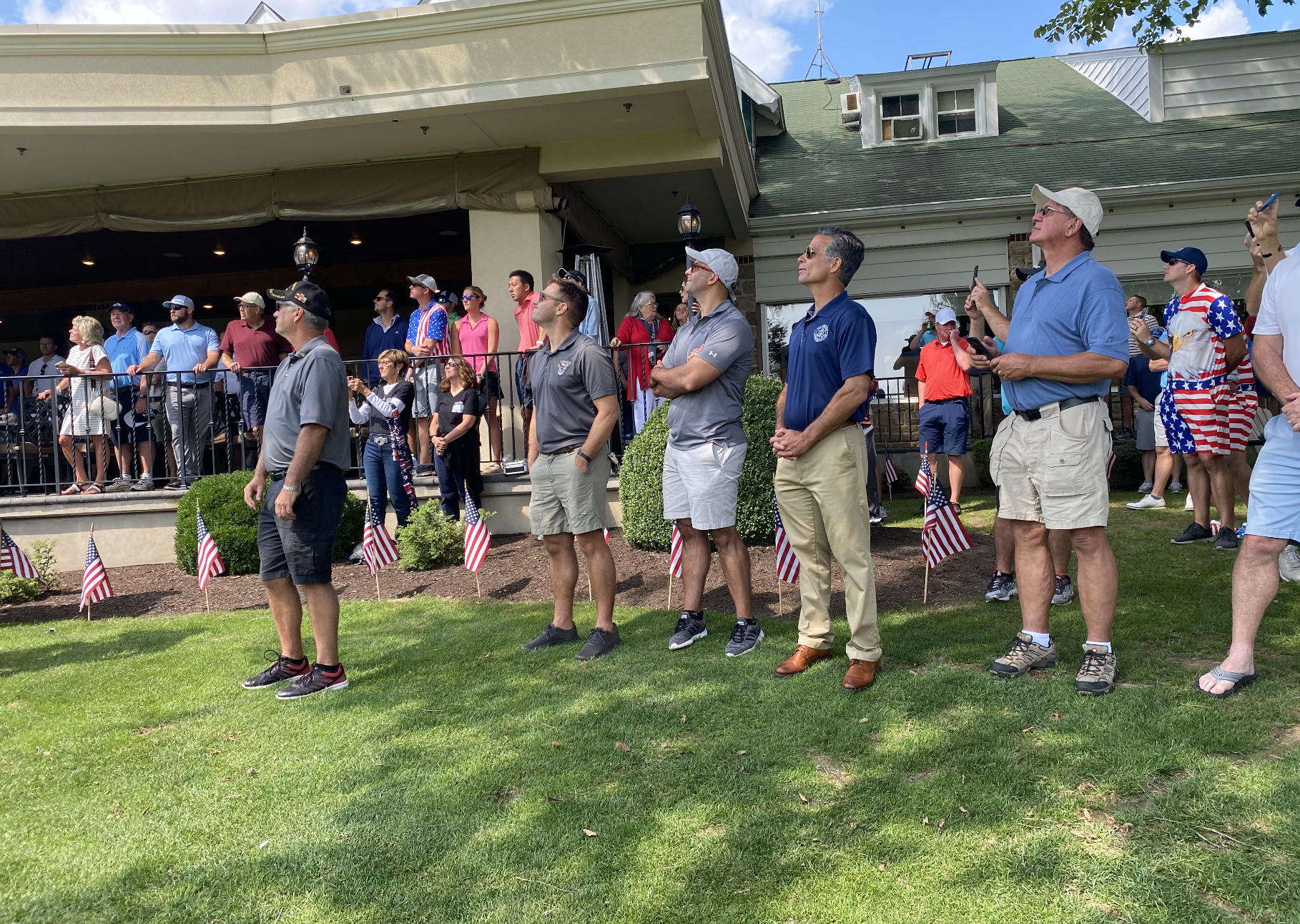 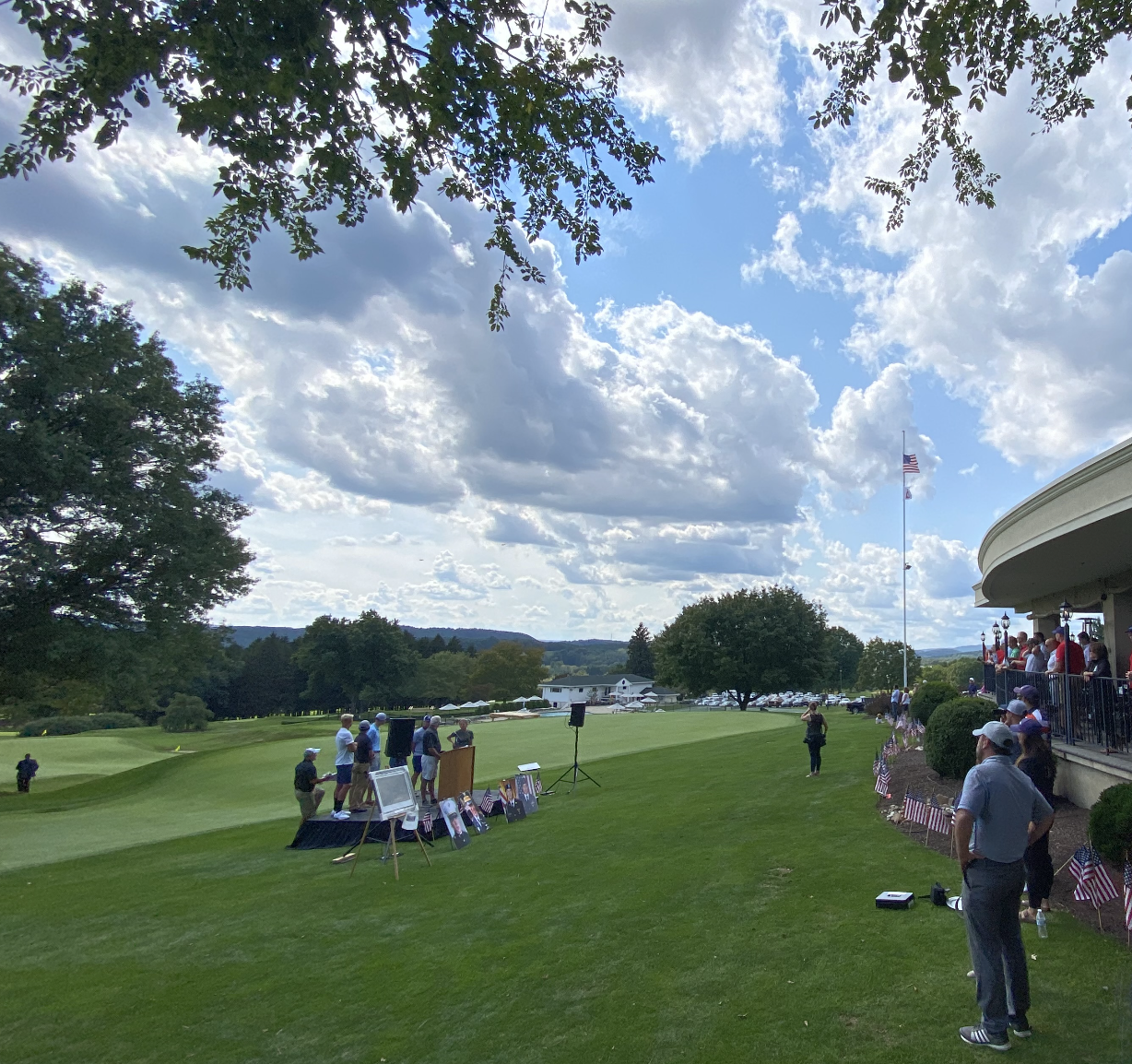 In related news, we continued to discuss the dangers resulting from the disastrous Afghanistan withdrawal and the result of leaving Americans behind enemy lines. The Biden administration is responsible for kowtowing to the Taliban, refusing to get the American citizens on planes at the Kabul airport out of the nation, and open borders. The Biden administration's disastrous withdrawal will have far-ranging consequences as Afghanistan becomes the epicenter for terrorism. Click here or below to watch my recent interview on Newsmax with Rob Finnerty. 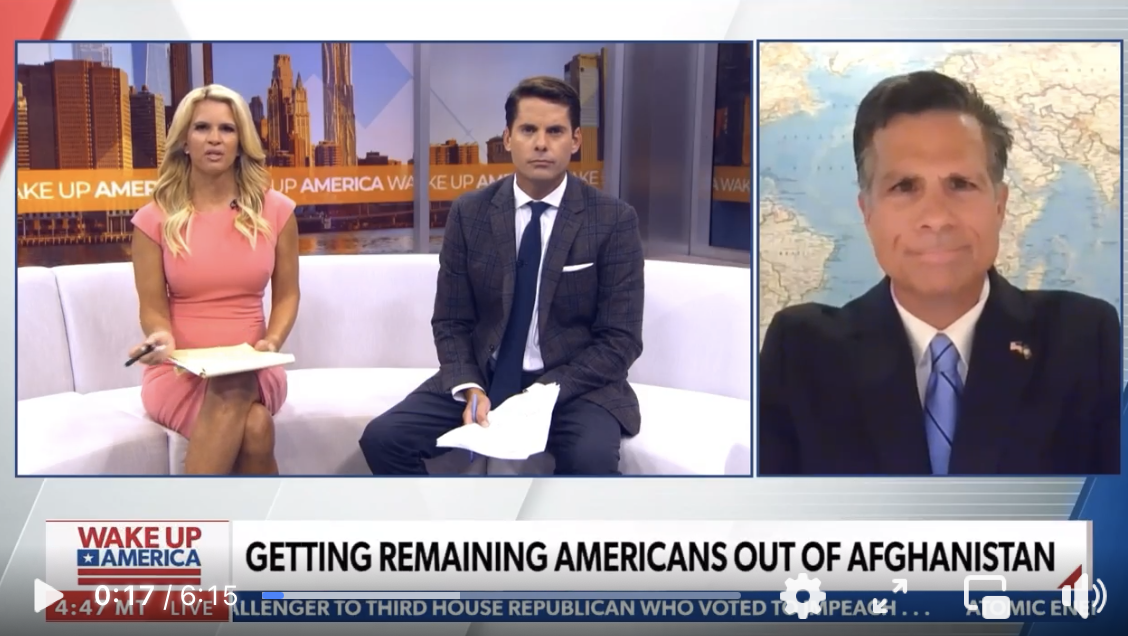 Earlier this week, I had the opportunity to present an $819,000 Appalachian Regional Commission grant to the Orwigsburg Borough to improve Industrial Drive and Long Avenue for economic development. This grant will address stormwater, delivery vehicle access, employee vehicle access, and pedestrian safety.

Improving our infrastructure is critical to ensure economic growth, and this grant will help Orwigsburg attract economic development. I am pleased to have supported this important project with NEPA Alliance and other elected officials and community leaders. I know it will benefit the citizens of Orwigsburg and Schuylkill County.

I also had the privilege of meeting with local business and community leaders in Pine Grove to discuss important issues facing their community. I want to thank our friends Senator Dave Argall and State Representative Joe Kerwin for organizing this fantastic event! After the listening session, we walked the streets of Pine Grove and visited restaurants, the VFW, a local bakery, and the local hardware store. 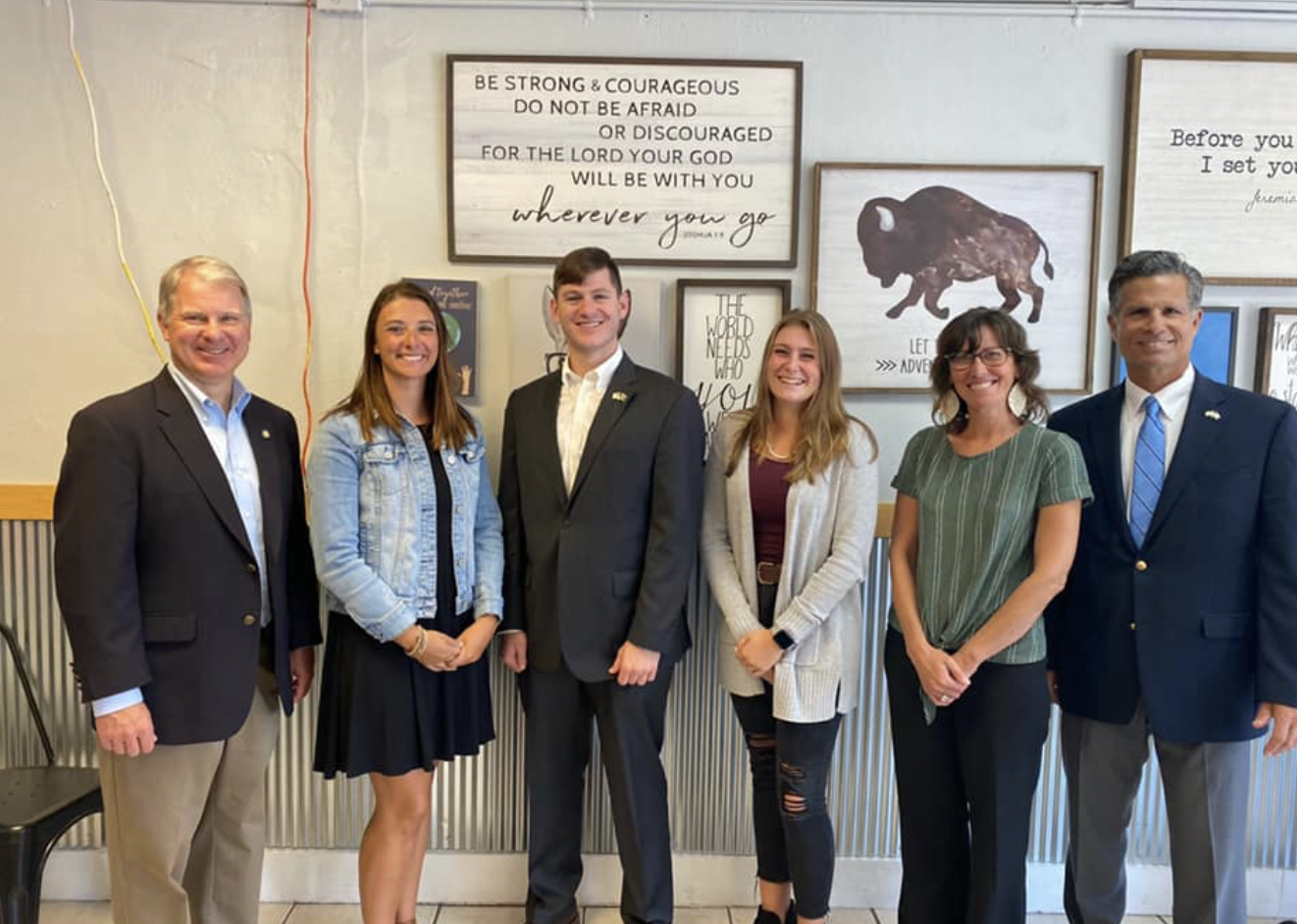 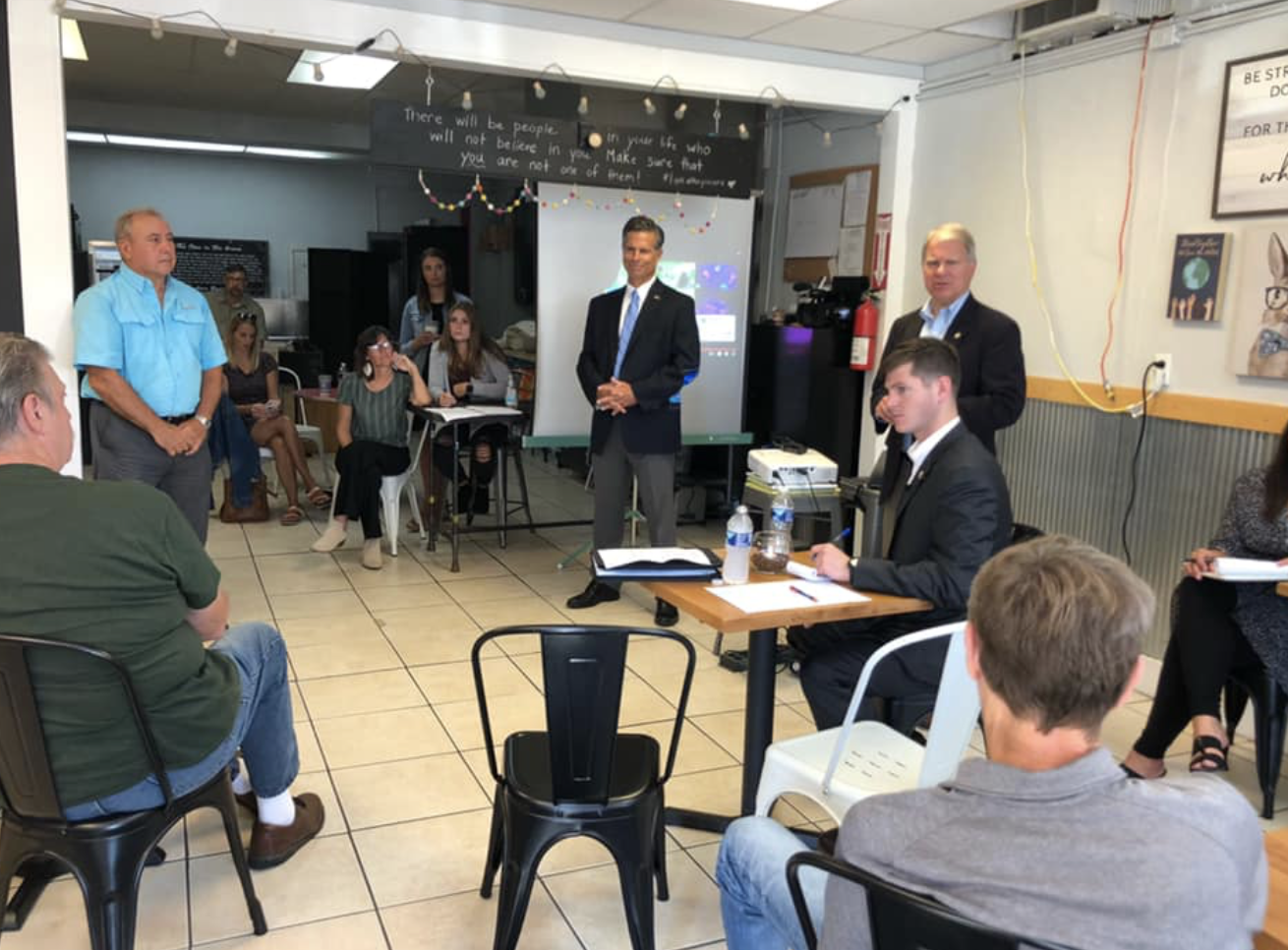 As many of you know, I cut my teeth working with my family to help build a small business into a significant employer in our area. I am always eager to hear from our job creators about the issues they are facing and the ways government can help support their efforts. Typically, that means getting government out of the way by supporting and advancing an agenda of lower taxes and fewer burdensome regulations. In Pennsylvania, that means getting a new governor who has a plan to grow the private sector, increase opportunities for hardworking Pennsylvanians to get better jobs, and reduce the size of government. The future of Pennsylvania rests on electing a governor with a vision, experience in the private sector, and who will follow the lead and eclipse the states who are winning, like Florida, Texas, Utah, Arizona, and Indiana.

Finally, I want to address President Biden's vaccine mandate. This order is a gross overreach of authority and lacks empathy for the deeply personal factors involved for many who choose not to receive the vaccine. The decision to get a vaccine should be left to a patient and their doctor.

President Trump engaged in a massive public-private partnership that produced three vaccines in record time, much faster than many at the time thought possible. Since the vaccines were first approved in December 2020, we have built confidence in these vaccines, as evidenced by the fact that 73.5% of eligible Americans have gotten at least one shot.

We should build confidence and encourage more Americans to consult their doctor and make the right choice for their health. Instead, Biden has shown no empathy for the deeply personal reasons people choose not to get the vaccine.

This mandate is completely out of touch with what the American people want, and how it has been carried out thus far has left employers with no clear guidance on when it will go into effect and what consequences they may face for non-compliance. Biden is never in doubt, and he is never right.

The unconstitutional vaccine mandate is a gross overreach of the federal government in Americans' personal lives. As President Reagan stated, "Government's first duty is to protect the people, not run their lives."

President Biden's disregard for Americans to make their own medical decisions and sanctimonious absolutism is unAmerican and divides the country. As Americans, we cannot stand for the big government mandate.

I encourage all Americans and Pennsylvanians who have not been vaccinated to make an informed decision and consult their doctor about whether the vaccine is right for them. This miracle of science is the most effective tool to beat this pandemic, but government mandates are no way to govern inclusively or democratically.