Before I begin with the rest of our update, I want to take a moment to remember my friend and colleague, Congresswoman Jackie Walorski. Congresswoman Jackie Walorski was killed in a tragic car crash while traveling her district in Indiana. Also lost in the tragedy were Jackie's District Director, Zachery Potts, and Communications Director, Emma Thomson. Emma was a Pennsylvania native. Please join Shelley and I in praying for their families during this mournful time. Jackie, her young staff members, and families will be in our thoughts and prayers. 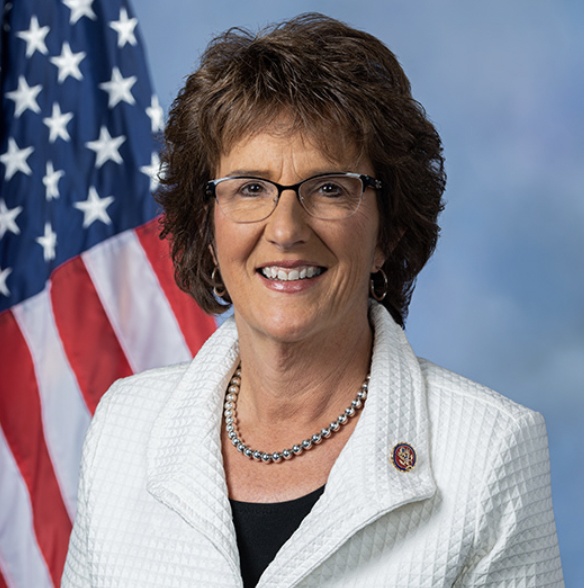 This week was hectic, and I loved it, mainly because we spent nearly the whole week in the 9th Congressional District, not Washington, D.C.

Our elected officials must meet with people and discuss the issues they are facing. Unfortunately, the ruling class in Washington is too often stuck in their bubble, and their policies reflect that. Look no further than the big-government, liberal policies of the Biden administration and how they impact hardworking American families. As a result, Americans are seeing rising inflation, out-of-control gas prices, and a national security and humanity crisis at the border. Worse yet, Biden and the Democrats' latest answer to address our economic issues is to raise taxes dramatically.

I joined Newsmax's National Report to discuss many of these issues and the U.S. Senate race in Pennsylvania. Click here or below to watch. 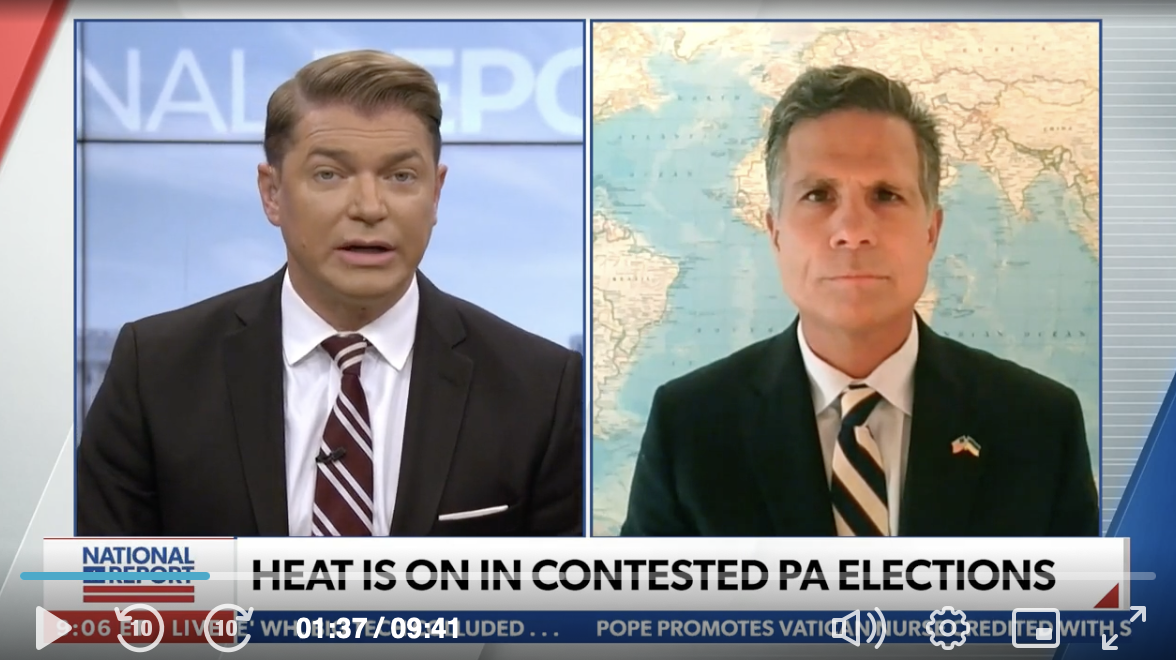 High gas prices impact everyone, everywhere. These higher fuel prices are the biggest issue facing many families and the driving force behind rising inflation. So please, don't buy the Biden administration and Democrats' talking points; this disaster was their own creation. Their policy plan from the beginning was clear, and they executed it. Go Woke, Go Broke... and the result has been painful.

Biden and the Democrats want our nation to transition away from all fossil fuels and only use renewable energy. So they stopped domestic energy production, and attempted to force the market to use technology that doesn't exist, isn't affordable or doesn't work. In the meantime, to deal with the massive shortfall in domestic energy production that they created, Biden went on bended knee to OPEC, begging them to increase production. Unfortunately, his knowledge of the issue is so poor that he even chastised local gas stations (who literally make pennies on gas sales and suffer from record inflation and worker shortages) to reduce their prices.

Many often talk about the good old days before Biden took office. As you recall, during President Donald Trump's administration, gas prices were more reasonable because America was energy independent. On Tuesday, we joined Americans for Prosperity PA for their TrueCost Tour at the Gulf Station in Sugarloaf, where the gas price was lowered to $2.38 (the price of a gallon of gas when Biden was sworn in). The stories we heard during our stop at the Gulf station in Sugarloaf demonstrate the impact high gas prices have had on consumers. 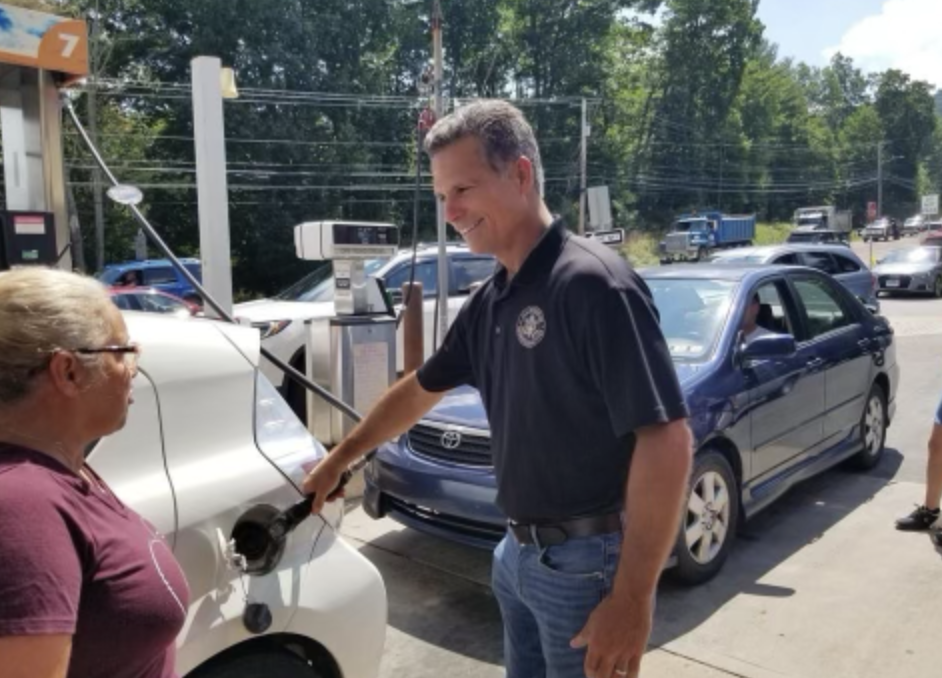 We heard from moms and dads trying to balance fuel and grocery prices weekly. We heard business people spending hundreds of extra dollars a week to stay afloat. And, we heard from seniors on fixed incomes struggling to get by.

It was great to partner with Americans for Prosperity - Pennsylvania to provide them with some relief. On Tuesday, we helped 175 motorists to save on 2,277 gallons of gas! 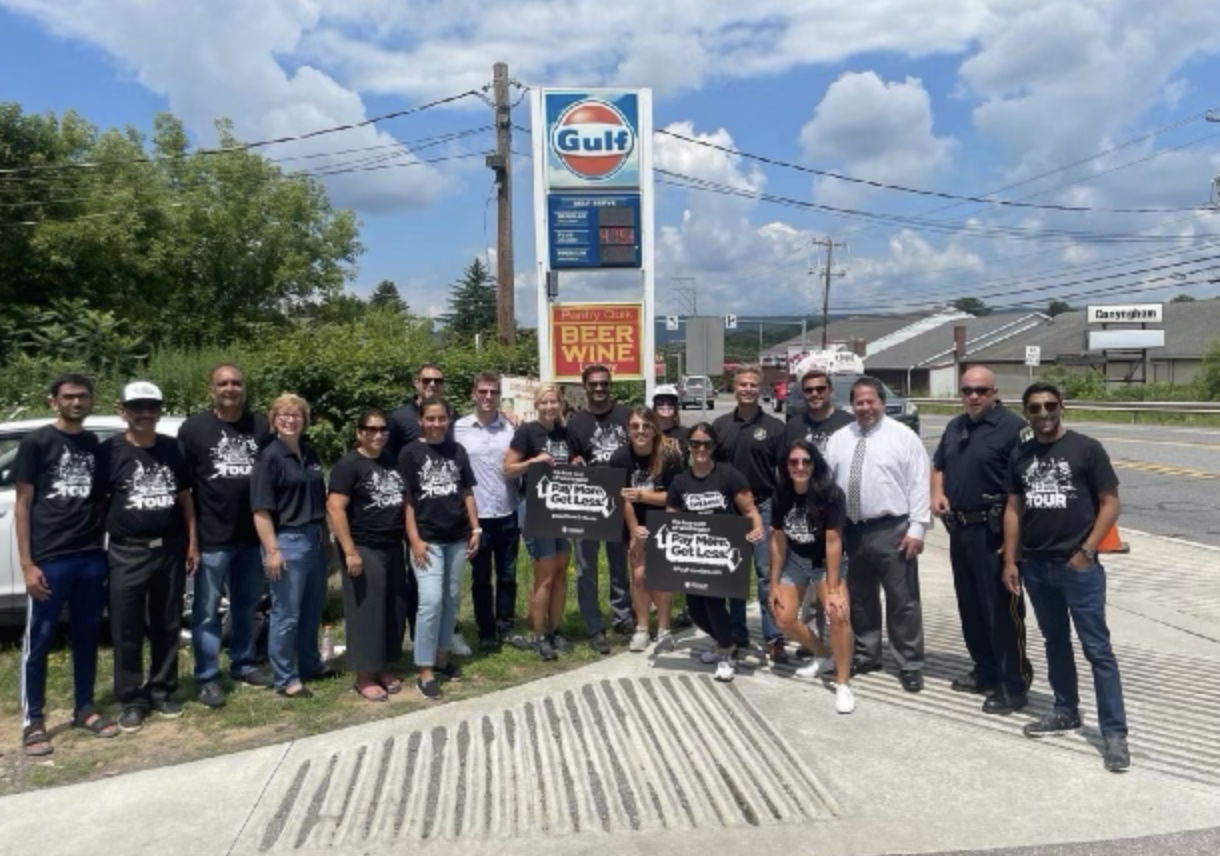 It's fair season, and it was great to stop by the Schuylkill County Fair to enjoy the events, meet amazing people and, of course, enjoy the delicious food. Our fairs help to highlight Pennsylvania's largest industry, agriculture. I want to thank the fantastic farmers and producers in the district for their hard work at the fair and all year long. I also want to acknowledge and congratulate Paul Kennedy, fair president, and all those involved in making it a huge success! 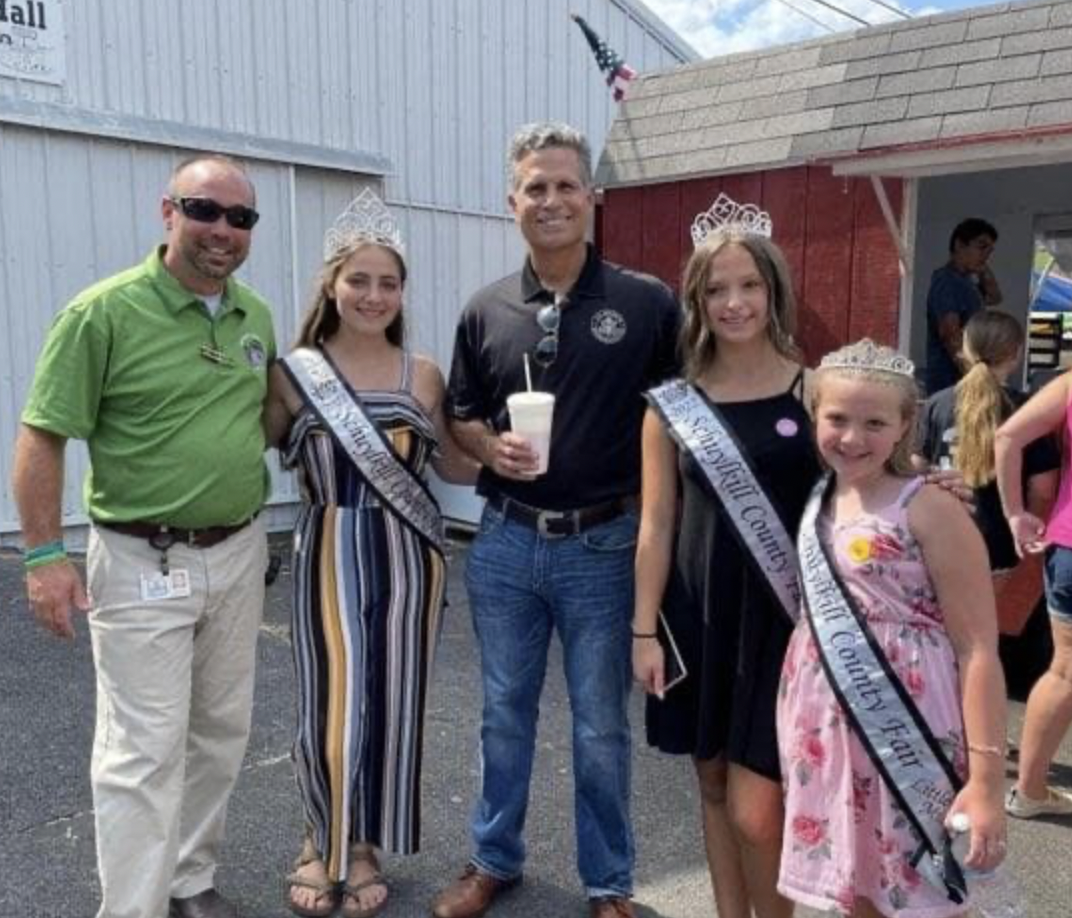 On Wednesday, we visited ITG Brands, located in Carbon County. We took a tour of their plant with President and CEO Kim Reed and many other great employees. 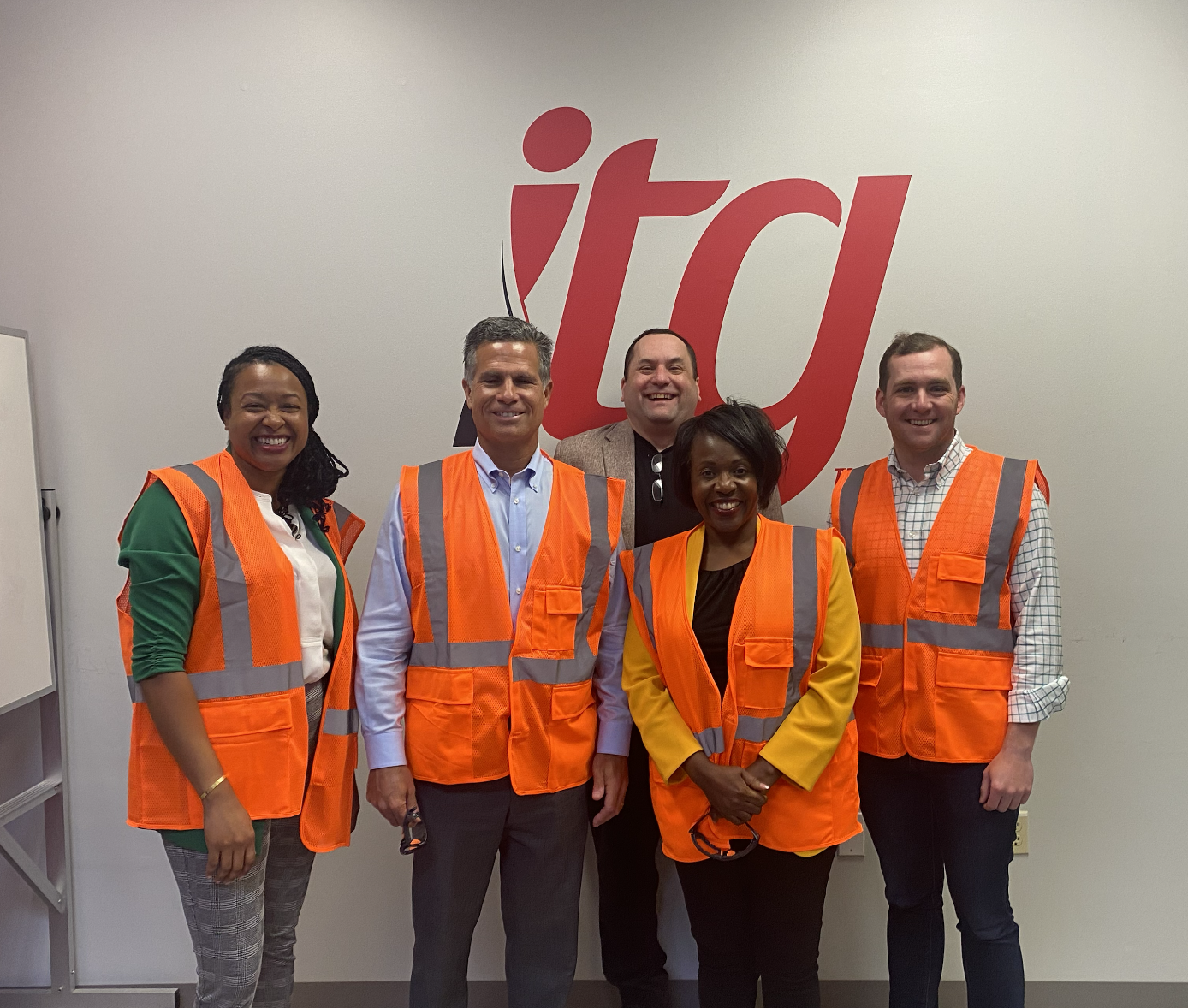 Our team helped to participate in various National Night Out events around the district. These events are critical in strengthening the bonds between our law enforcement and our neighbors....especially when the brave men and women in law enforcement are being asked to do so much more. We owe a deep debt of gratitude to our men and women in blue and for the sacrifices they and their families make to keep our communities safe. Our teams were in Berks and Carbon counties. We were proud to play a role in support of forging stronger bonds with our police and the communities. 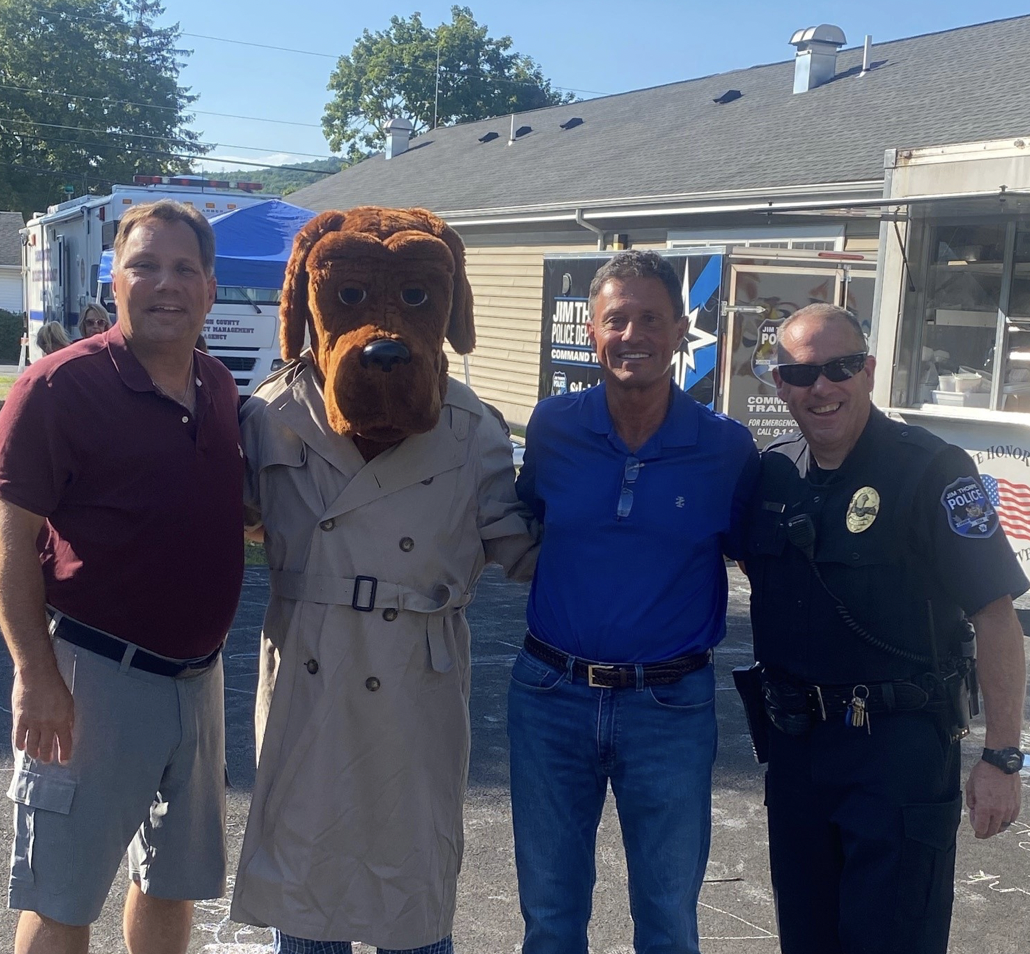 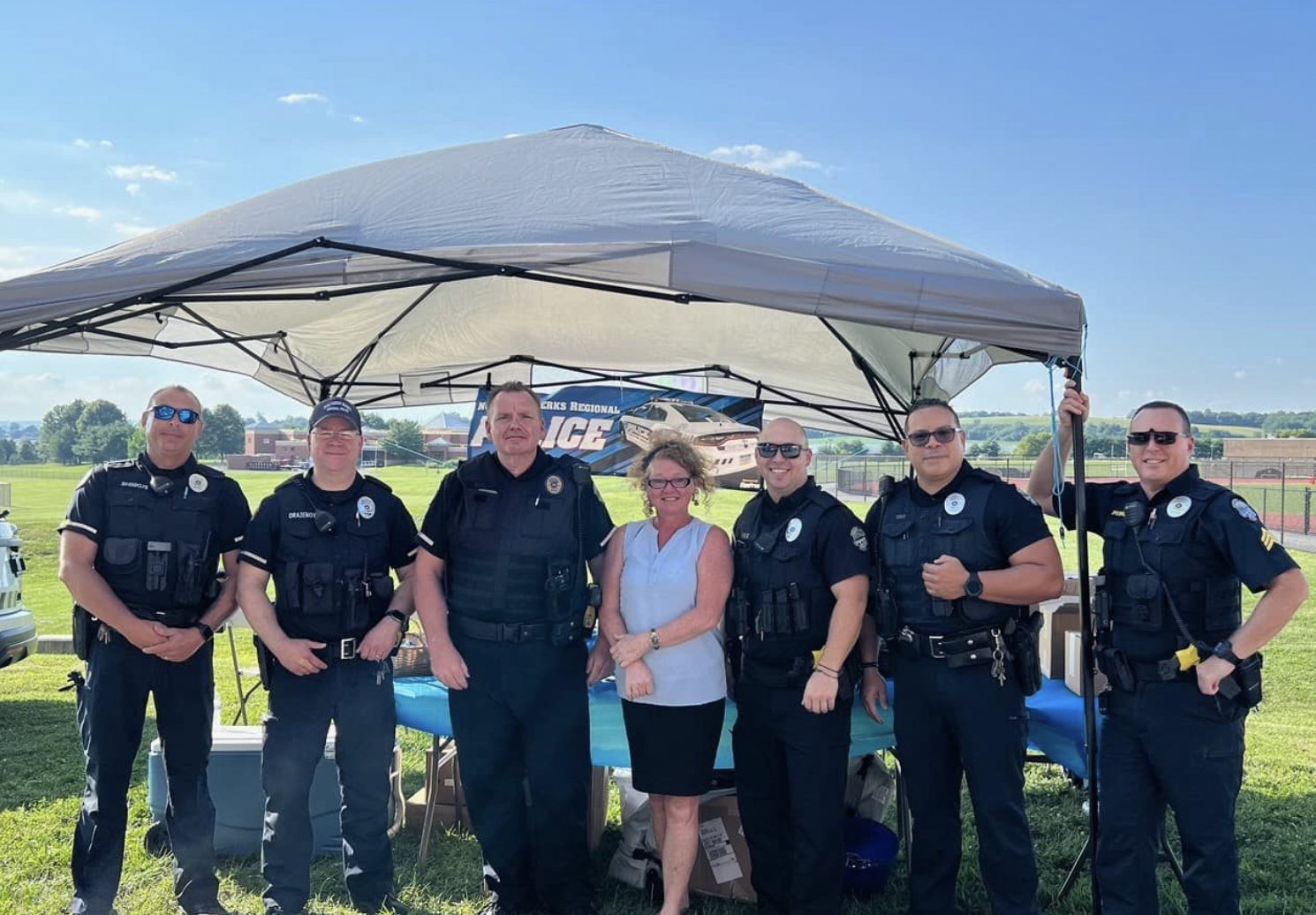 ON THE CAMPAIGN TRAIL:

Last Sunday, I attended the five-county rally held in Northumberland  County, hosted by our good friend Deb Betz, chairwoman of Northumberland county GOP. Great event, and you can feel the excitement building for November. 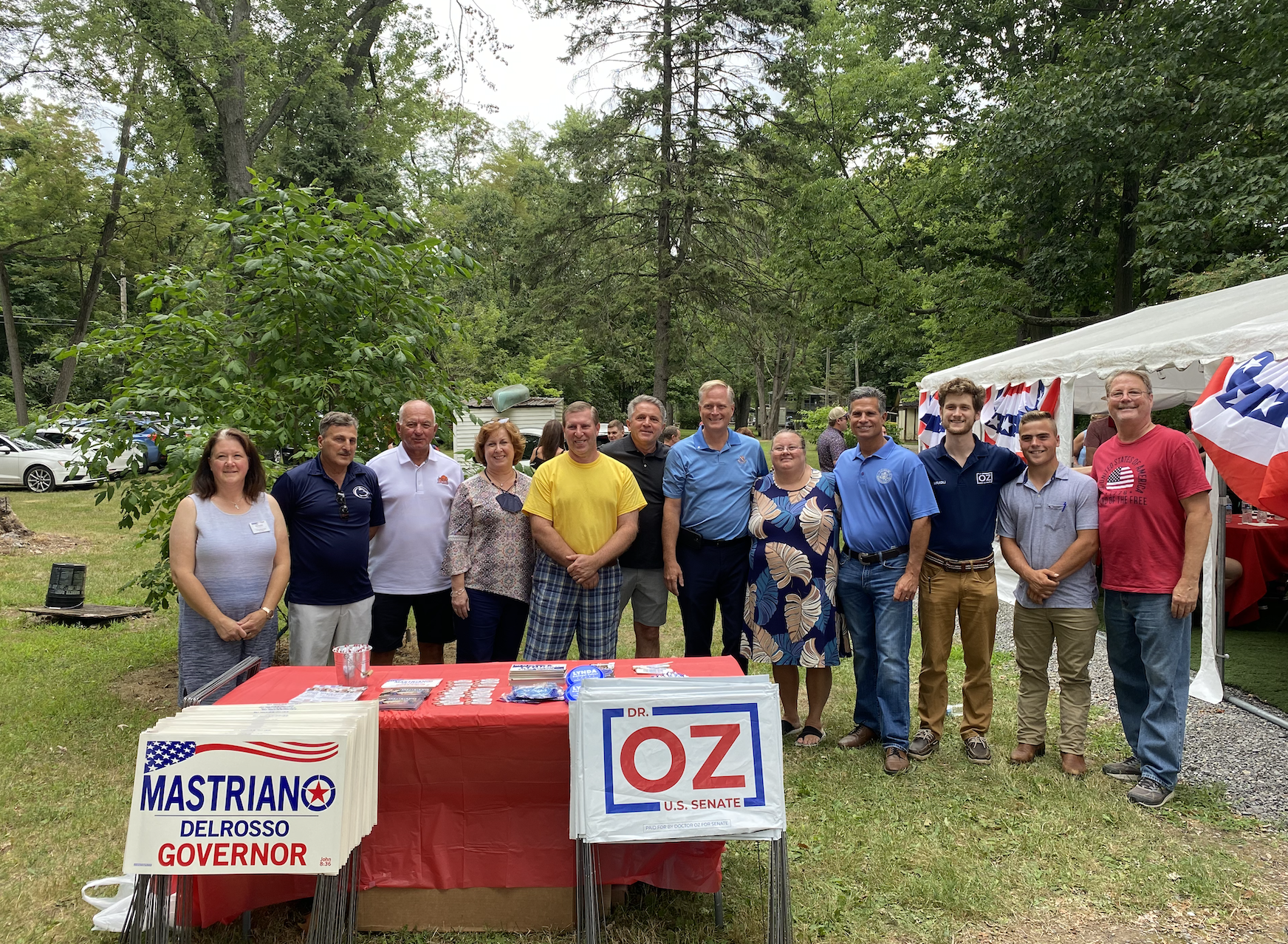 On Tuesday, I was the special guest at a fundraiser for Jim Bognet in Schuylkill County. Jim is our GOP candidate running in PA's 8th Congressional District. It was great to be with our friend Senator Dave Argall. 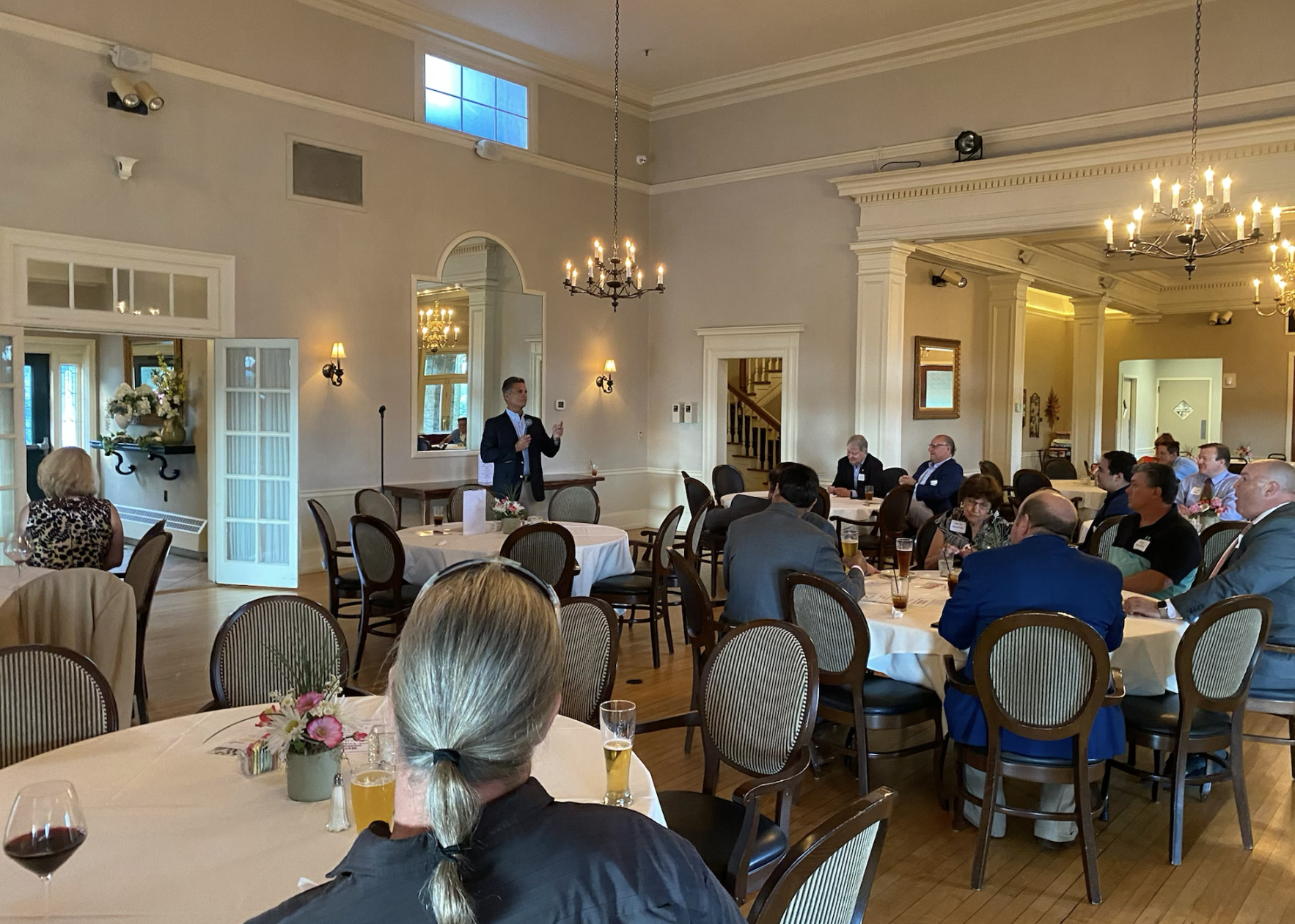 The following evening, I again served as a special guest for a fundraiser in support of our friend Lisa Scheller hosted by John and Tina Dowd in Carbon County. Lisa is a tremendous candidate and our GOP nominee in the 7th Congressional District. 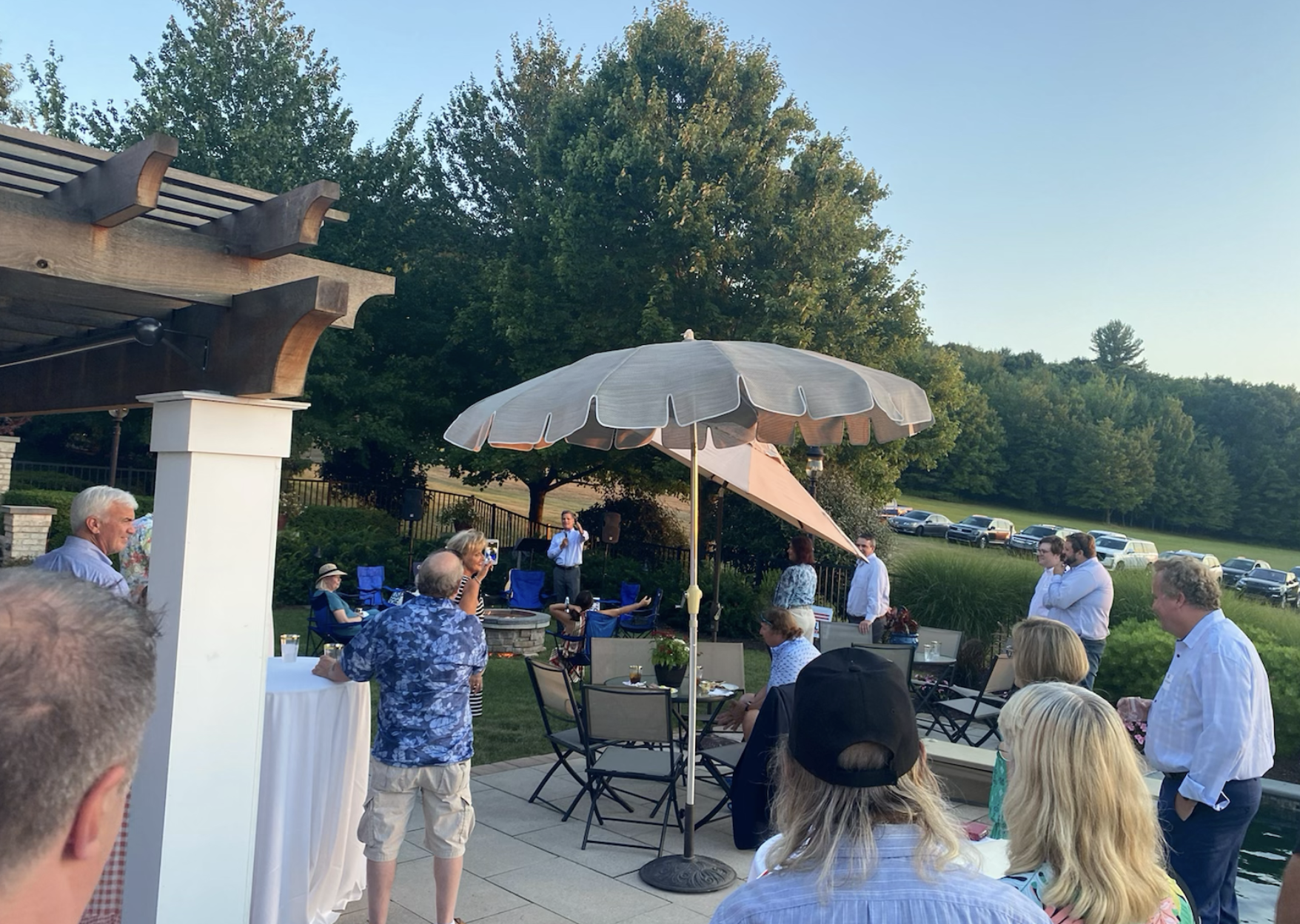 We must win both these contests to retire Speaker Nancy Pelosi once and for all.

On Thursday, we attended the Triton Hose Carnival in Tunkhannock, Wyoming County and participated in their annual parade. We were joined by many friends, including the great Wyoming County GOP, State Senator Lisa Baker, State Rep Tina Pickett and our candidate for Lt. Governor, Rep. Carrie Lewis Del Rosso. 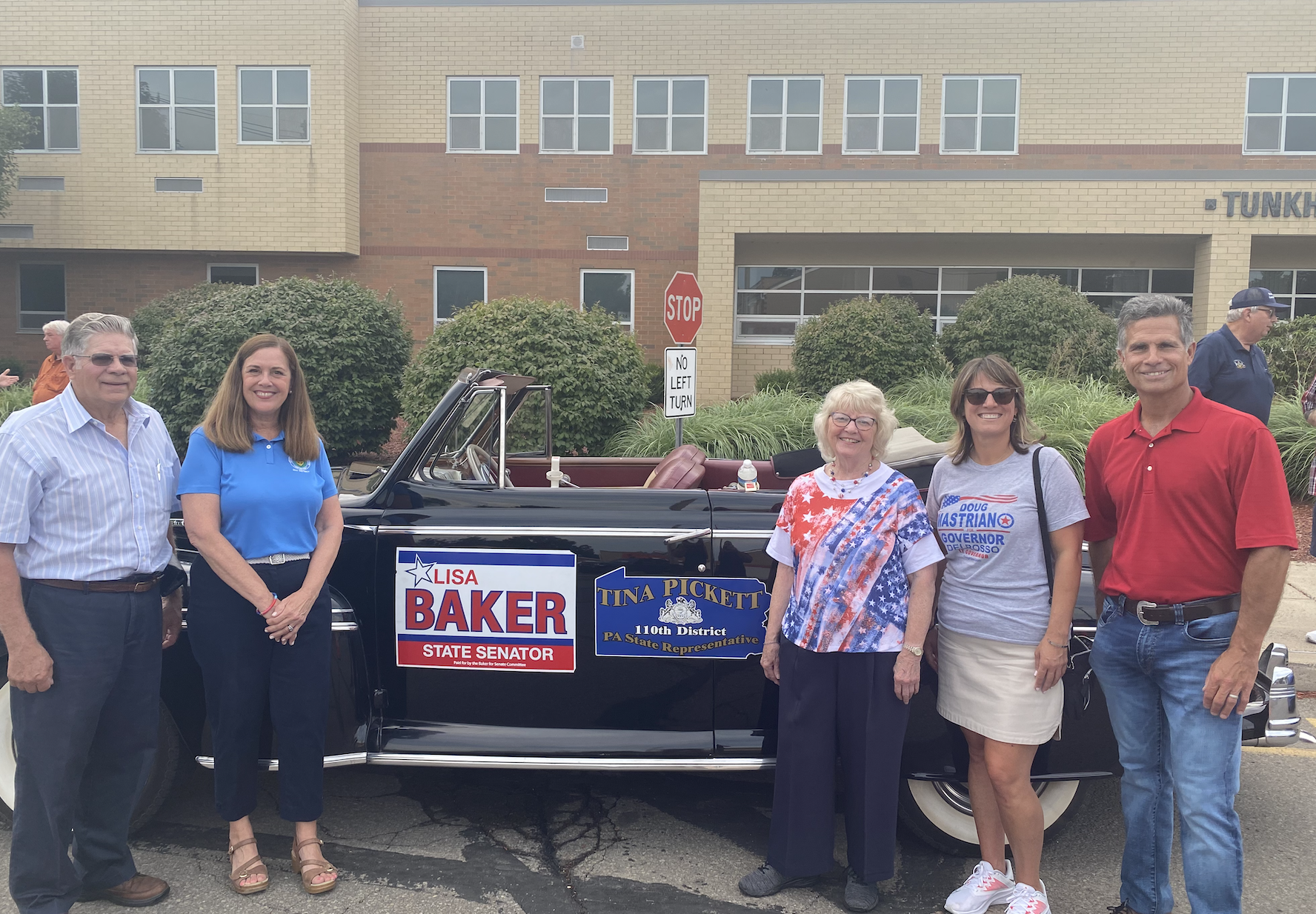 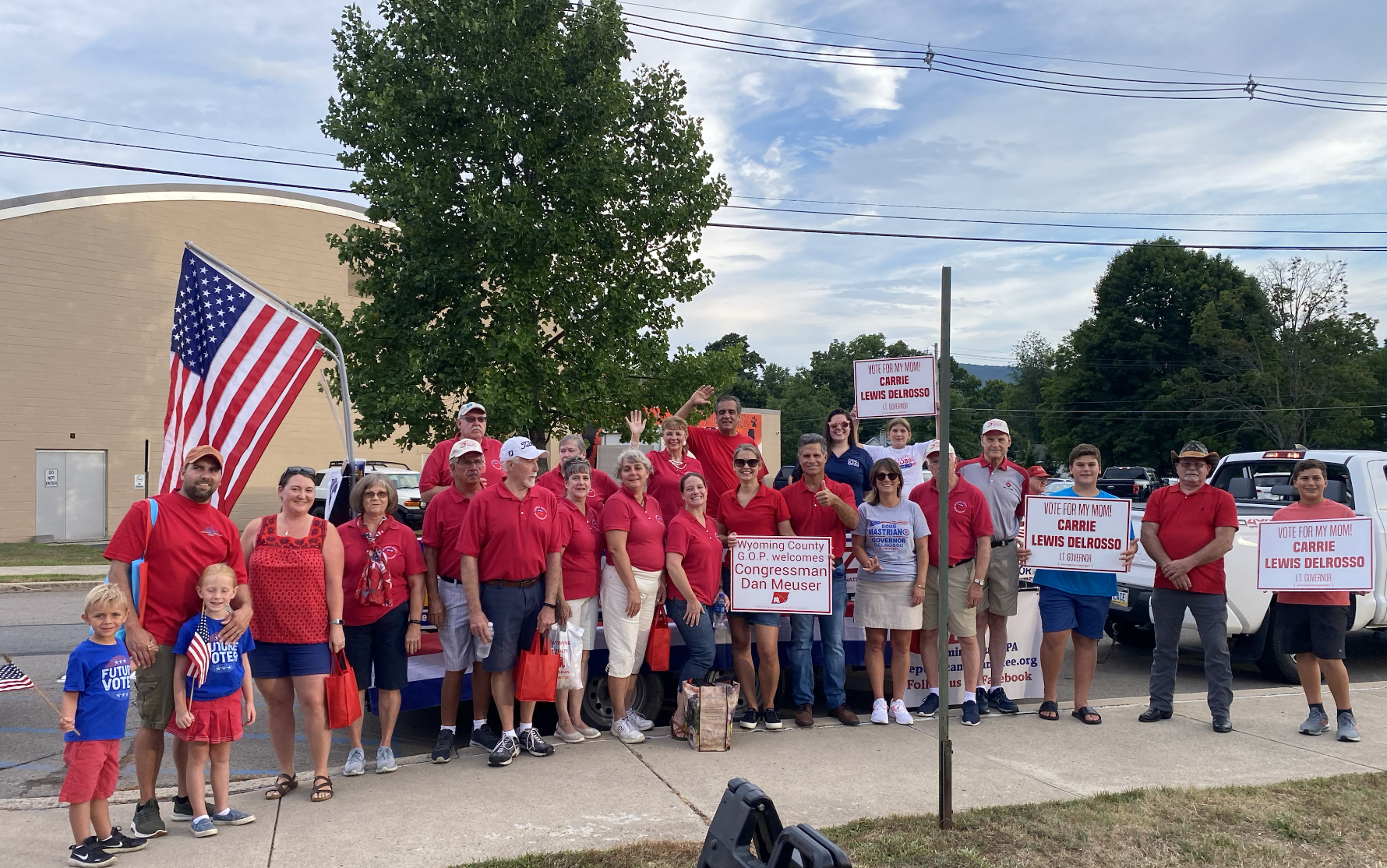 On Friday, we attended the Northeast Leadership Golf Tournament, better known as the Pat Solano golf tournament. I was joined by numerous elected officials from across the state, including Dr. Oz, our next U.S. Senator. Oz is an exceptional person. He worked his tail off his whole life and has some outstanding accomplishments. He will be a great senator for the Commonwealth of Pennsylvania and all Pennsylvanians, and we must ensure he wins. Elections are about getting to the truth. The differences between Lt. Governor John Fetterman and Dr. Oz are significant. Fetterman is not being truthful or transparent about his record as he works to portray himself as a hardworking everyman who supports working Pennsylvanians. The truth is far different. Fetterman holds liberal policy positions that would make Senator Bernie Sanders blush.

On the other side, Dr. Oz is an America First conservative. Dr. Oz worked hard, went to medical school, and is an accomplished physician and businessman. Meanwhile, this week, we learned that Fetterman was getting an allowance from his parents until he was nearly 50. Click here to read more from the Philadelphia Inquirer.

John Fetterman would be a disaster for Pennsylvania and America in the United States Senate. So please join me in supporting Dr. Oz.

IN NEWS YOU WON'T HEAR IN THE MAINSTREAM MEDIA: Joe Biden turned an economic recovery into a recession. This week, he conducted a roundtable discussing his plans to raise taxes dramatically. Biden brought out Chuck Schumer and Joe Manchin to pitch their tax hike proposal.

Raising taxes during an inflation is terrible policy and will hurt American families even more as they suffer under high inflation. The Bidenflation Scam Bill further underscores how out-of-touch Joe Biden and the Democrat Party are with the struggles of hardworking Americans.

The difference in these two approaches shows you just what is at stake this November. While Democrats raise your taxes during a recession of their own making, Republicans support cutting taxes so they can help hardworking Americans and revitalize the economy. Republicans trust Americans to spend their own hard-earned money, while Democrats believe the government knows best. This is just one of countless reasons we must vote for freedom and support Republican candidates this fall.