First of all, we want to wish you a happy, healthy and safe Labor Day Weekend.

We had another busy and productive week meeting with constituents and businesses throughout the District. In honor of Labor Day, we met with a great number of hardworking Pennsylvanians living and working in our District.

On Monday, we stopped by the Blythe Township Landfill expansion project for a tour of the facility and to discuss their plans. We were joined by Senator Dave Argall, State Representative Mike Tobash and local Blythe Township Officials. We then stopped by Hexcel, a global leader in advanced composite technology and supply to commercial aerospace, industrial, automotive, boating, space and defense. We met with the Plant Manager Stan Bolinsky, his leadership team and visited workers throughout the facility. It is an incredible facility and they are making products that are literally going out of this world. Our District is home to many impressive industries and companies and this is one of them. 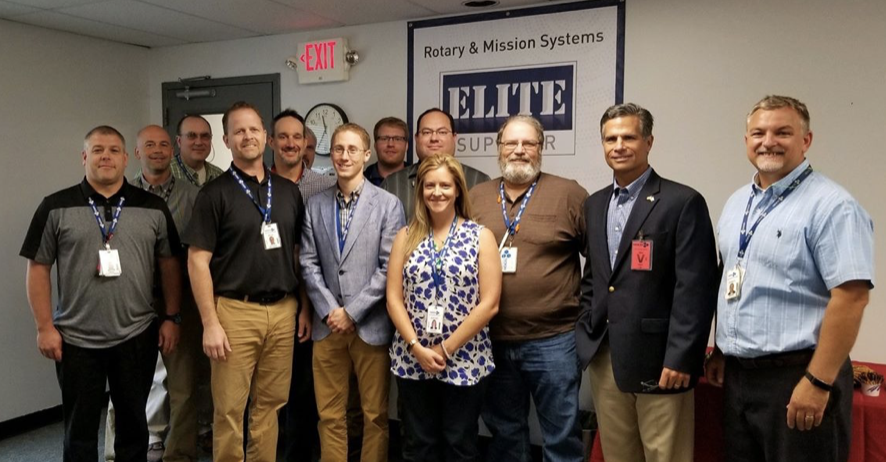 Later, we stopped by the Tamaqua Borough Opioid Roundtable at Hope & Coffee. Our panel discussion, which was organized by FHLBank Pittsburgh, focused on the role community partnerships play in fighting the opioid crisis. Hope & Coffee is an easily accessible meeting space to recovery organizations and serves as an inspiring example in the fight against addiction. We want to thank Wintrhop Winston, CEO of FHLBank Pittsburgh, his team and the folks at Hope & Coffee for putting this important event together. Pictured below with Winthrop Winston and Business owner and Founder of Hope & Coffee Lisa Scheller. Click here to watch a clip of the event on Fox56. 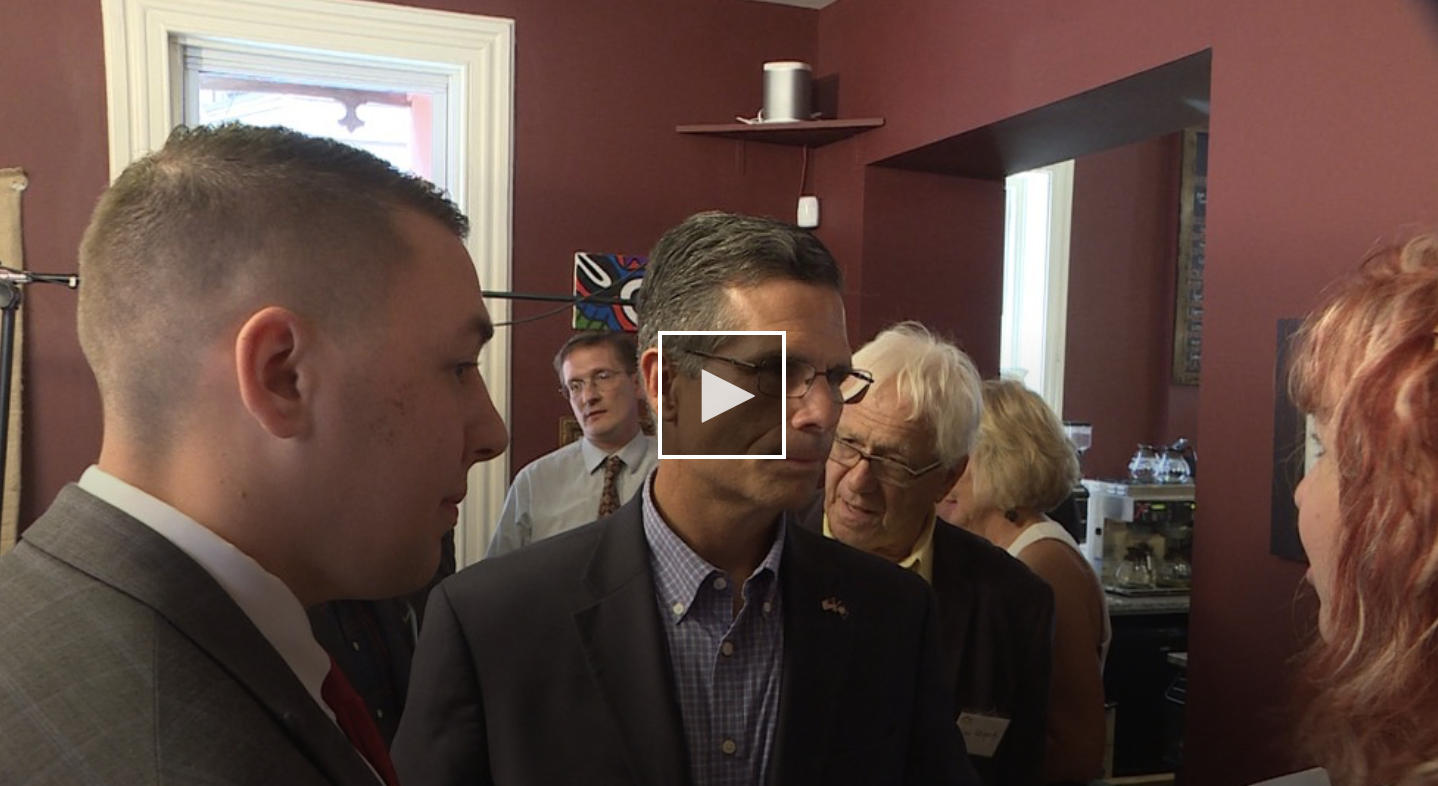 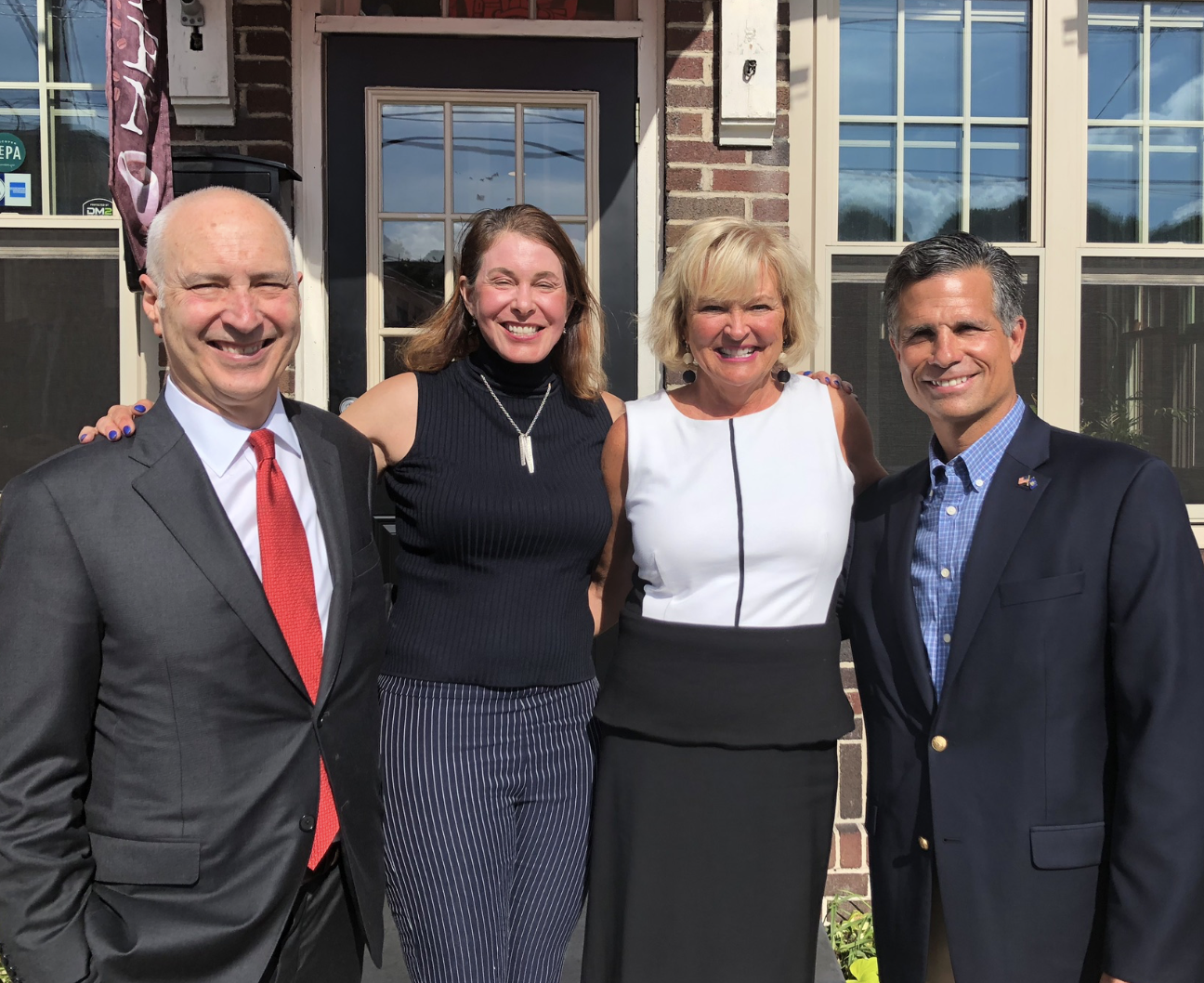 On Tuesday morning we travelled to Annville for a meeting and tour of Pennsy Supply in Annville. Pennsy Supply is a large producer and supplier of aggregate, sand/gravel and asphalt. They operate an impressive operation, they employ many hundreds of hardworking Pennsylvanians, particularly in the 9th District. 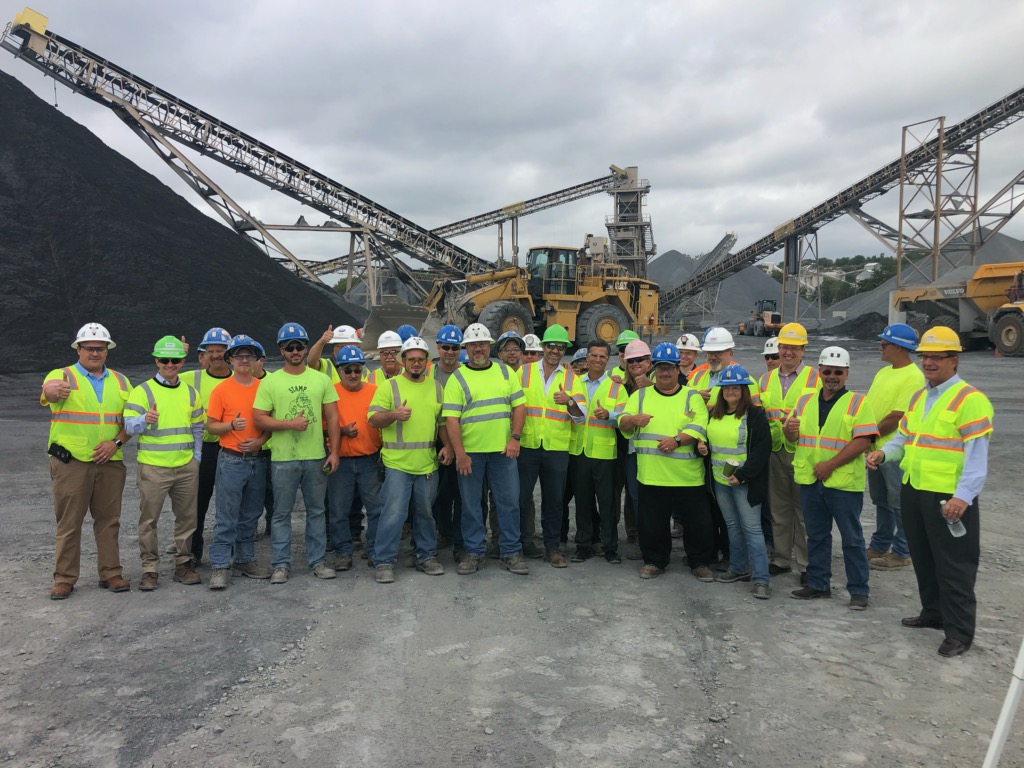 After our visit at Pennsy Supply, we conducted an interview with WFMZ-TV to discuss my recent trip to Israel. We also discussed the controversy regarding Congresswomen Omar and Tlaib and the political games they are playing with Israel. This interview will be airing shortly.

We then traveled to Macungie to visit Mack Trucks Lehigh Valley Operations site. We were greeted by the management team, toured the facility and met with the great employees manufacturing these great trucks. Mack employees many in our District and they are an excellent company. 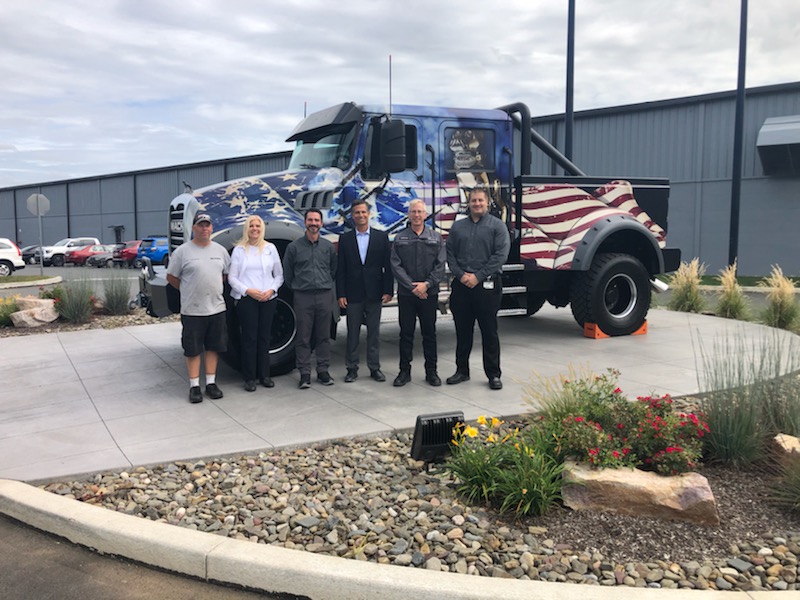 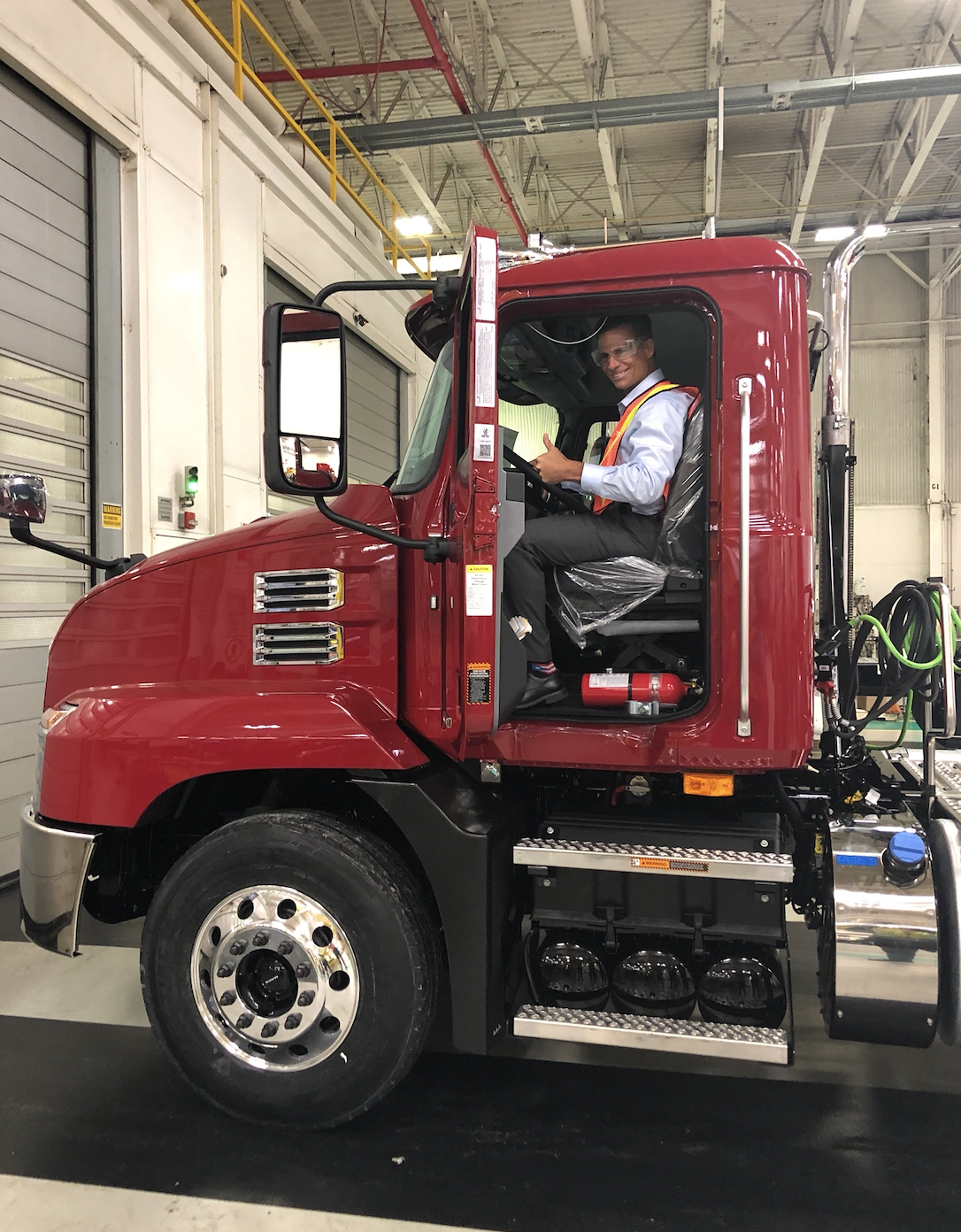 We began Wednesday, by conducting an interview with Mornings with Maria on the Fox Business Network.

After that, we visited with Dr. Joe Jurgielewicz, the Corporate Veterinarian & Director of Live Operations and his brother Jim at Joe Jurgielewicz & Son, Ltd. We visited their operating facility and the new Operations and Box Plant Factory they are constructing in Leesport. Agriculture is an important industry in our District and this company’s operation is impressive. Our District is truly home to America’s Tastiest Duck. I want to thank Dr. Joe Jurgielwicz and his staff for the informative visit and we wish them the best of luck with their new facility. Pictured below with Paul, Jim and Joe Jurgielewicz. 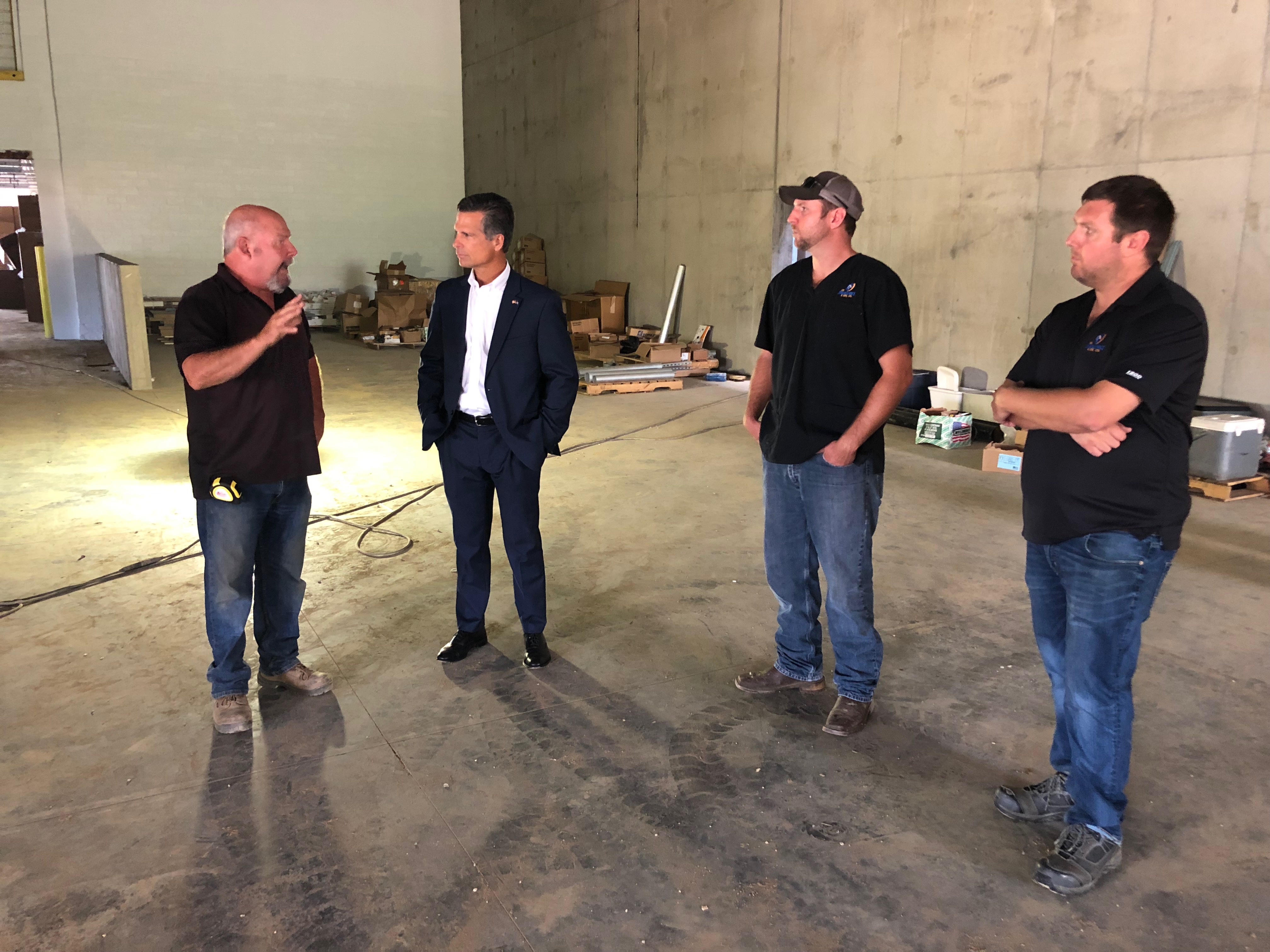 Later we traveled to Fleetwood to visit the Lehigh Hanson, Inc.’s cement manufacturing plant. This is a large facility and a great employer in the District. I really want to thank the team there for the great tour, for being such an important employer and for taking an active lead in our community. 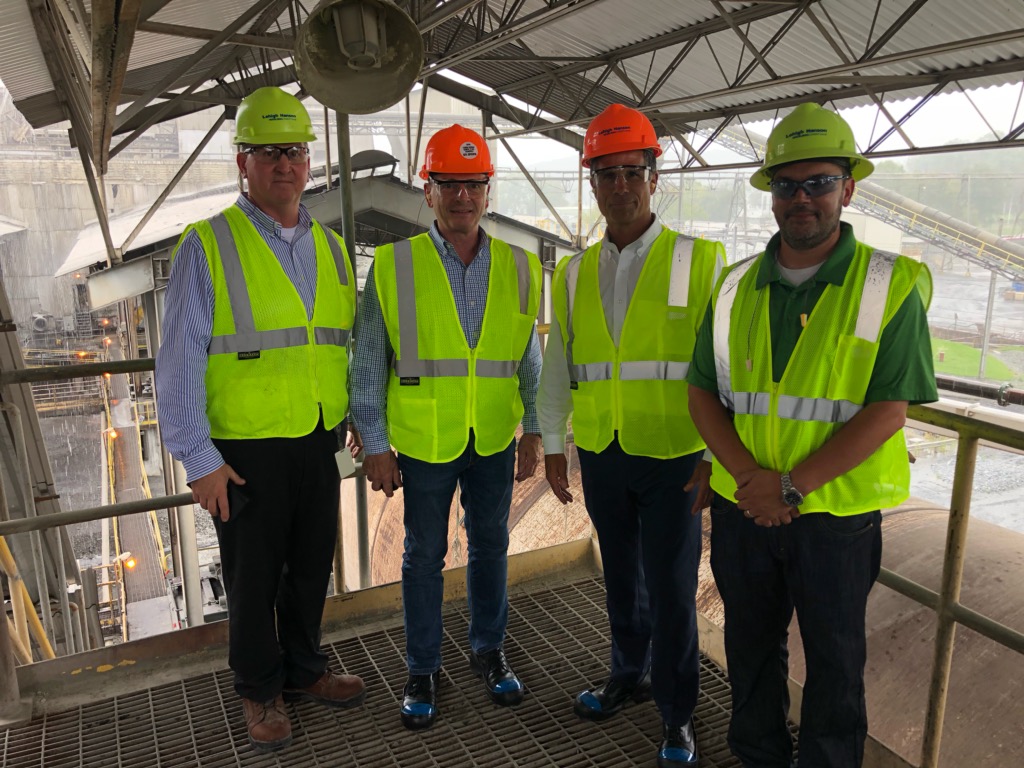 On Thursday, we began by speaking to the Greater Hazleton Chamber of Commerce breakfast regarding key priorities in the District, including trade, Opportunity Zones, border security, healthcare, and combatting the opioid epidemic. 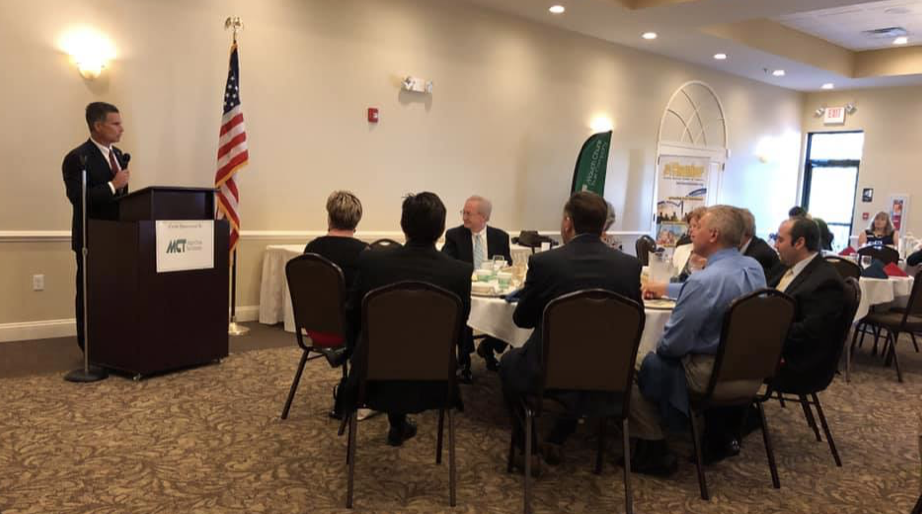 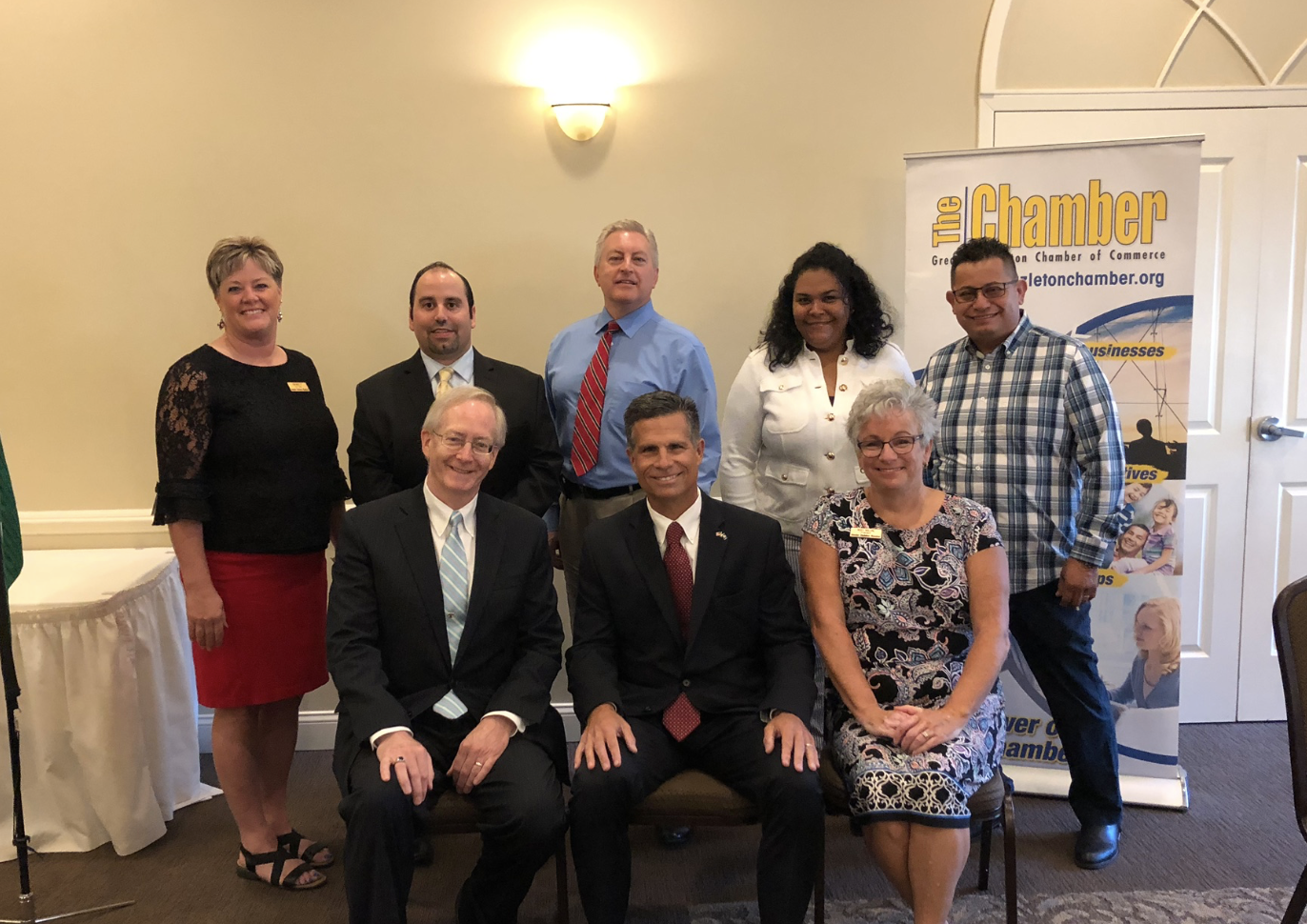 Later, we joined State Senator Mike Regan for a Veteran’s Affairs Roundtable in Luzerne County. The event focused on the issue of veteran suicide and ways we can change the federal, state and local level to help support veterans. We were joined at the event by many federal, state and local officials including Congressman Matt Cartwright, State Senator Lisa Baker and District Attorney Stefanie Salavantis to name a few. For those in distress: National Suicide Prevention Lifeline, 1-800-273-8255. Click here to watch video of the roundtable. 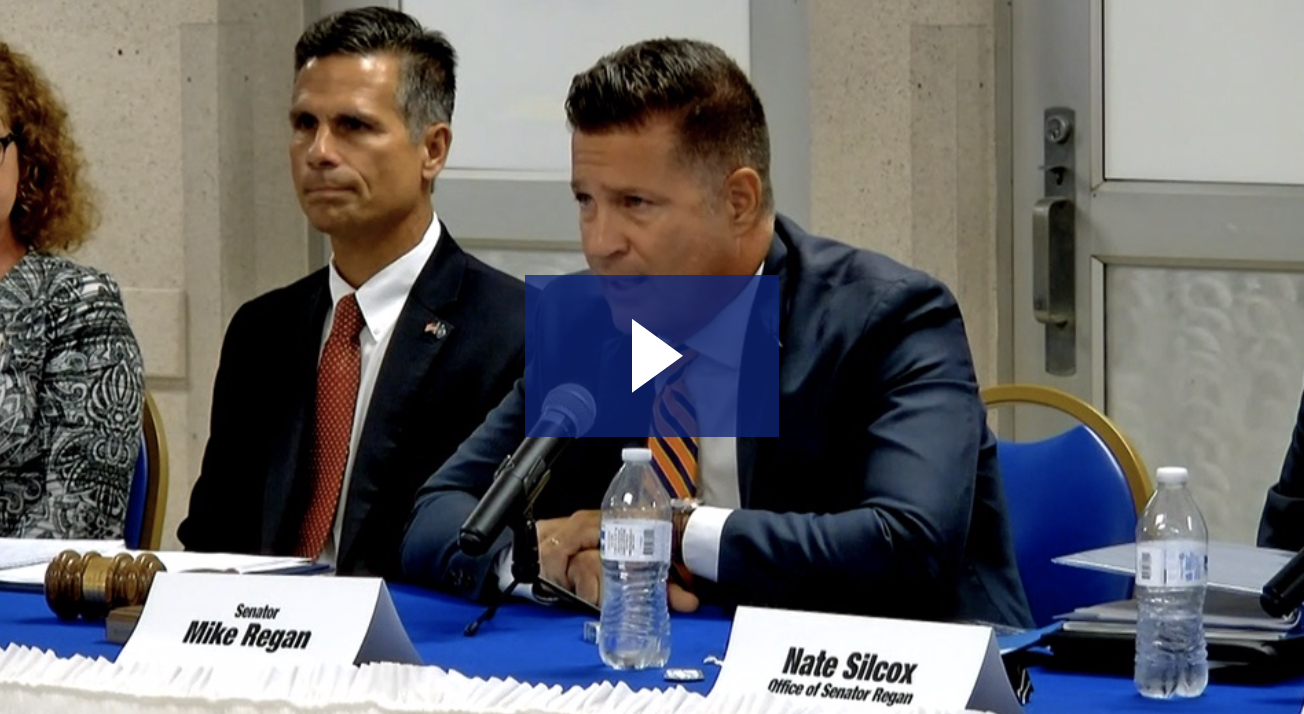 Later we traveled to Ashley, Pennsylania for an Earth Conservancy Tour hosted by Trout Unlimited. Prior to the meeting, we met with Tim Schaeffer the Executive Director of the PA Fish and Boat Commission.

This weekend, we are traveling to Hamburg for the Taste of Hamburger Festival, Schuylkill County Wine Festival and on Labor Day we will be at the All Homes Day 100th Day Anniversary with my good friends State Senator John Gordner and State Representative Kurt Masser.

In News You Won’t Read In The Mainstream Media: Americans’ View of the Current Economy is the Highest in 19 Years

The Pittsburgh Post-Gazette editorial board sums it up best by writing that President Trump’s trade policies are looking out for the forgotten workers of America—not the media elites. “We are told that fighting the trade war just isn’t worth it. It makes Wall Street nervous. Maybe if your job and town are gone, the fight is worth it.”

The economy is working and there is no better proof than the fact that America is working. President Trump is taking on the status quo, fighting for better trade deals and putting America First. I stand with him because time and time again he has gotten results for the hardworking families across our District.

On a side note, many of you know I am big fan of high school football. We really have some outstanding high school football programs throughout the District... too many to name them here. I am so happy to read about their efforts, stretching from Mount Carmel to Pottsville to Jim Thorpe to Hamburg to Berwick to Danville to Palmyra and so many more in between. It's going to be a fun fall of high school football. Every week we will be highlighting a high school football team's efforts and this week I want to give a special shoutout to North Schuylkill for a big win last night. However, knowing the program at Shamokin, they will be back strong next week. Again, congratulations to all the teams!

My son, Daniel, plays Fullback and Linebacker for the Dallas Mountaineers. Pictured below with my wife Shelley and I. The Mountaineers had a great night winning 42-0. I want to commend all our young student athletes for the work they have put in and wish them great success in athletics and in the classroom. 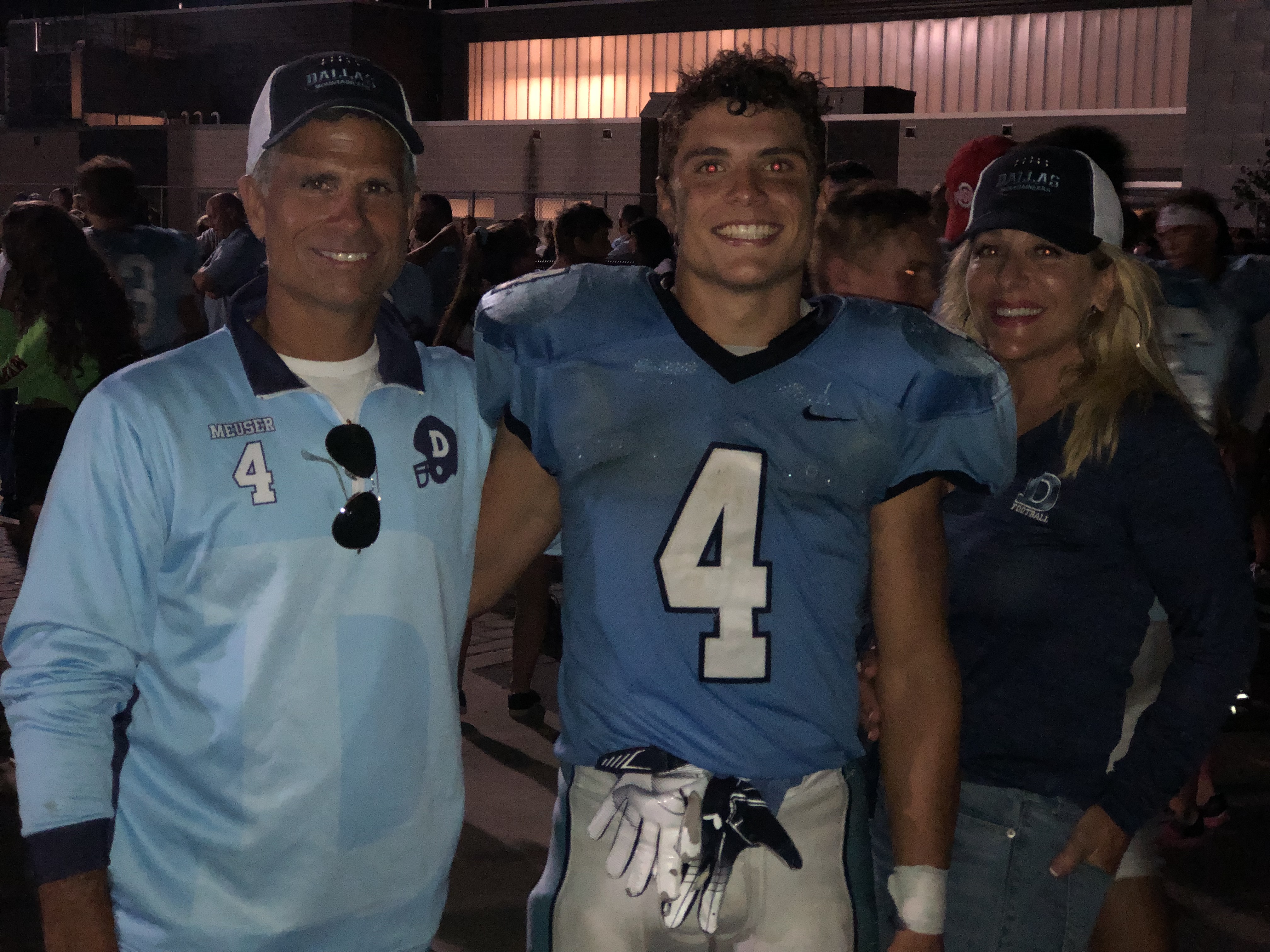