A great deal of the national news and discussions in Washington centered on The Health, Economic Assistance, Liability Protection and Schools Act, more widely known as the HEALS Act. This is the latest Republican relief proposal to help supplement the earlier CARES Act.

I joined Maria Bartiromo on Fox Business to discuss the HEALS Act and our continued support for America’s economic and social recovery from the Covid-19 pandemic. Click here or below to watch. 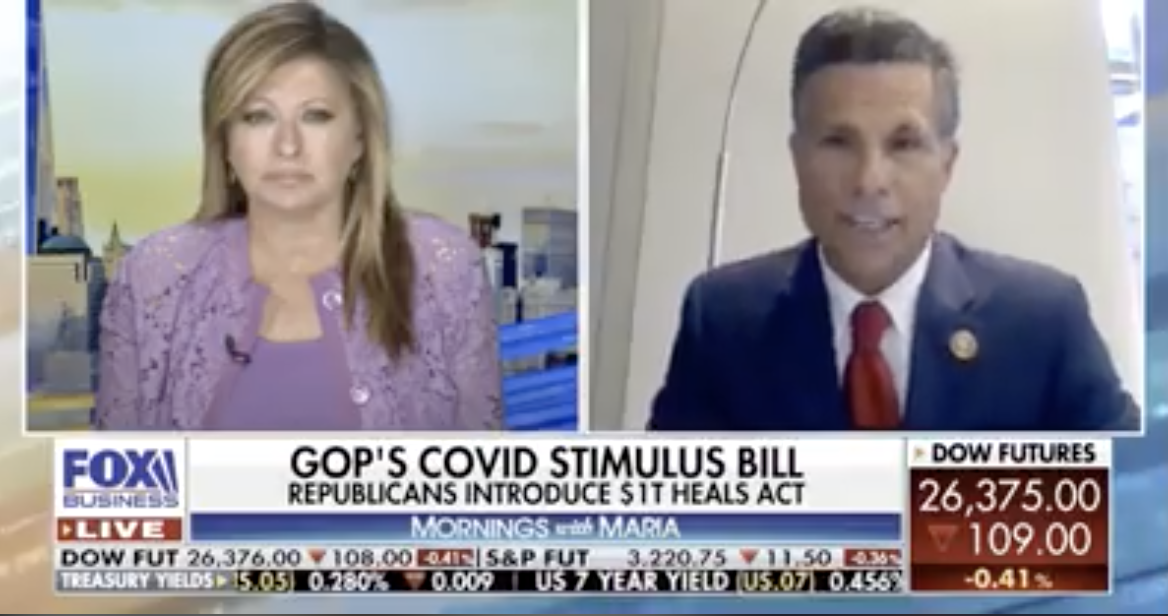 Here are the Top Ten takeaways from the HEALS ACT proposal that you need to know:

This week, I spoke on the Floor to address Tuesday's House Judiciary Hearing with Attorney General Bill Barr, which was one of the most disgraceful events I have witnessed since coming to Congress. This divisive political theater, driven by Democratic leadership, is embarrassing and not productive. It was clear that they were so intent on badgering the Attorney General, they rarely allowed him to speak or answer questions. It wasn't a hearing; it was 100% political. We must be united in solving problems for the American people, not prolonging them through November 3rd General Election.

With the General Election fast approaching, an issue that has not gotten enough attention is potential voter fraud. Voter fraud exists and threatens the integrity of American elections.

I recently introduced the Stop Mail-In Voter Fraud Act to send a message to anyone who tampers with mail-in ballots, that they will face significant penalties, possibly including jail time. When a large percentage of ballots are submitted via mail, the opportunity for fraud is undoubtedly higher. Submitting a fraudulent vote is stealing a vote. Additionally, a fraudulent vote cancels out a legitimate vote cast by a law-abiding citizen, effectively suppressing that legitimate vote.

The most important thing is for a citizen to vote. Pennsylvania now has no excuse absentee ballots available. This is fine and anyone who doesn’t think they can get to the polls should get an absentee ballot. Universal ballot mailing which some states are doing is obviously fraught with potential fraud and mistakes. There are many examples from states doing this in just the past primary election. My bill will notify people that cast a ballot in your own name and no one else’s or you will face heightened criminal penalties.

There have been many instances of voter fraud in recent years, including the examples from Philadelphia, New Jersey and West Virginia. My bill is a warning to anyone who does not vote in their name that they will be subject to significant penalties, possibly including jail time.

Any fraudulent vote suppresses a legitimate, legal citizen's vote. One citizen, one vote.

I spoke to Sean Spicer on Newsmax TV ‘s show “Spicer & Co." about the United Teachers Los Angeles "research paper," which set guidelines for returning to school. Unfortunately, many of the major things they outlined had nothing to do with schools reopening. To safely return to the classroom, the Los Angeles teachers' union demanded Medicare for all, the defunding of charter schools and lastly defunding the police. It leads many to wonder if we are trying to prolong this problem or are trying to solve it in a smart, all-American way? 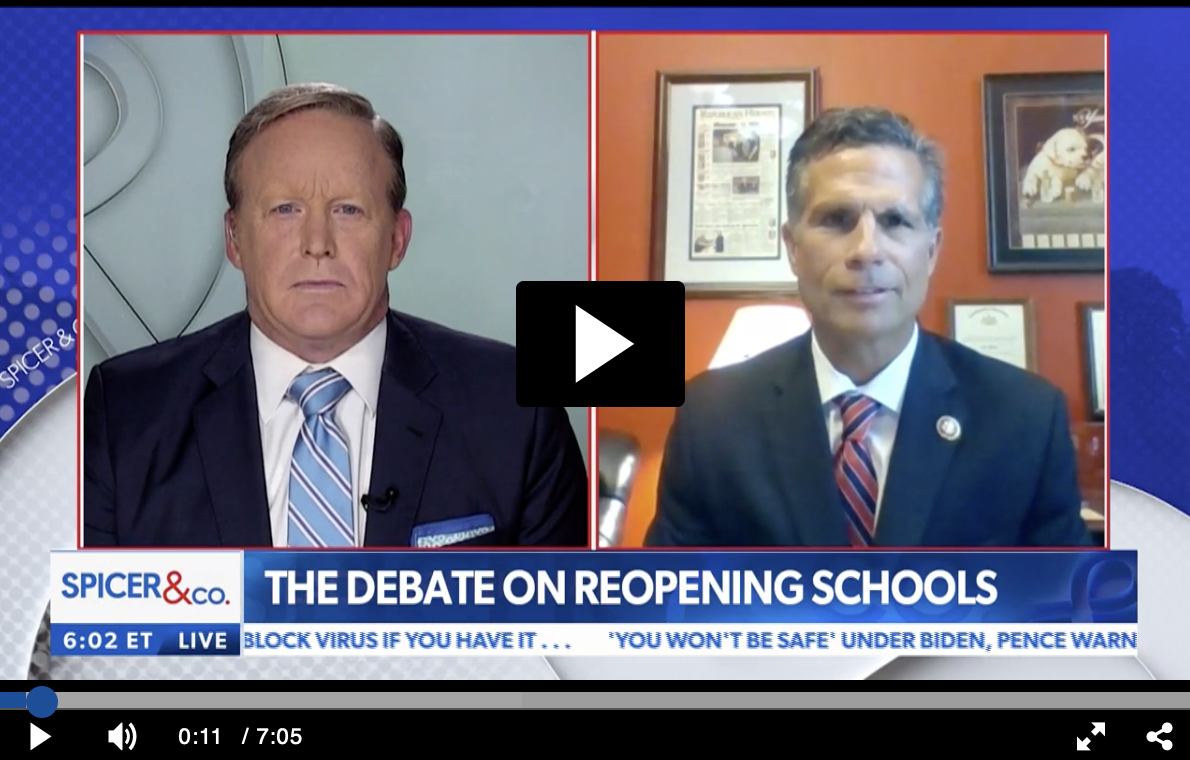 I also spoke to Bob Hauer on the RJ Harris show. You can listen to our interview by clicking here. On Tuesday, I held a tele-town hall on current topics in Washington and heard questions and concerns from those around the District.

Please have a great rest of the weekend and we will talk to you soon.