First and foremost, Shelley and I want to extend our heartfelt thoughts and prayers to the families of the 13 brave American soldiers who lost their lives in Afghanistan this week due to a terrorist attack. 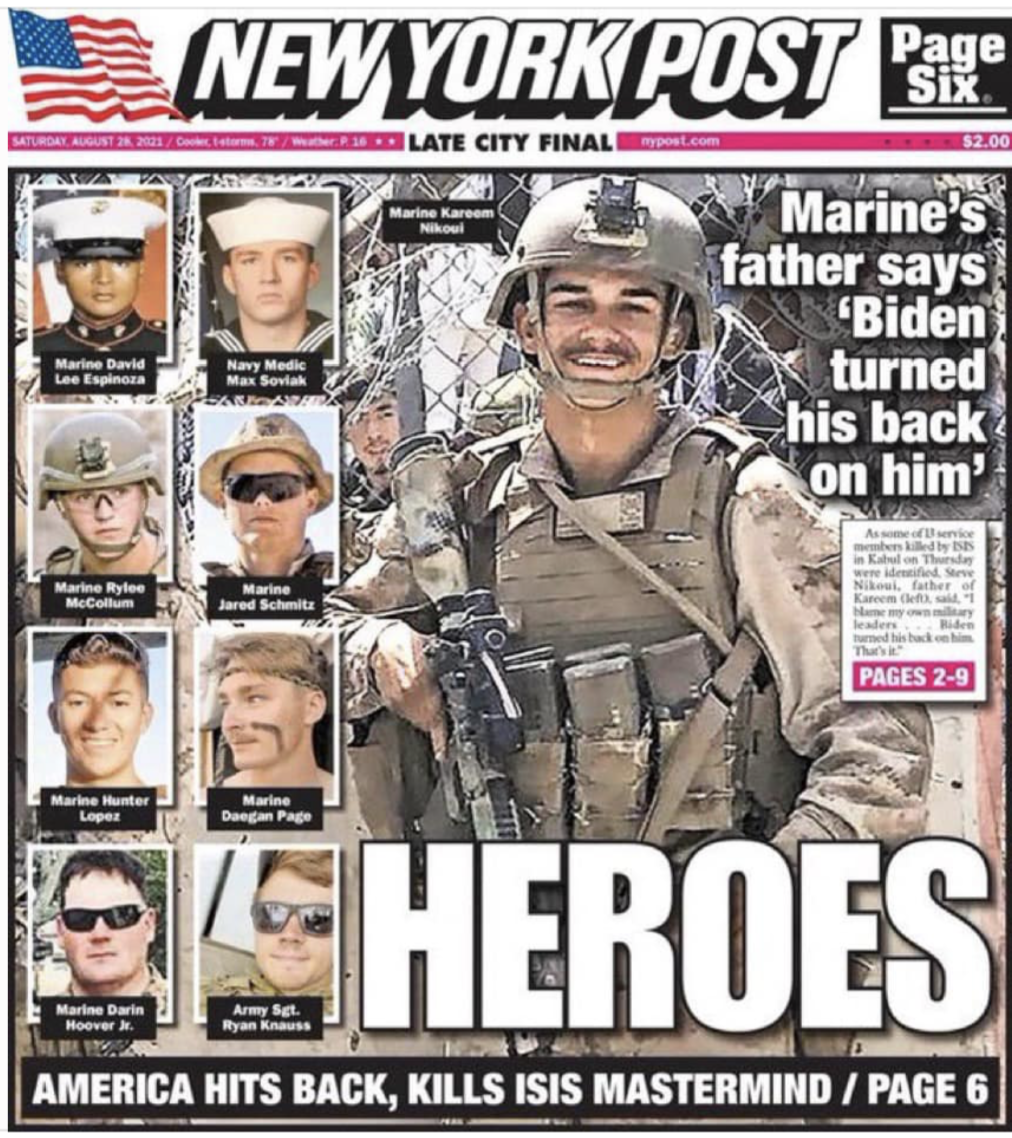 God Bless our men and women in the military and all Americans seeking a safe return home. 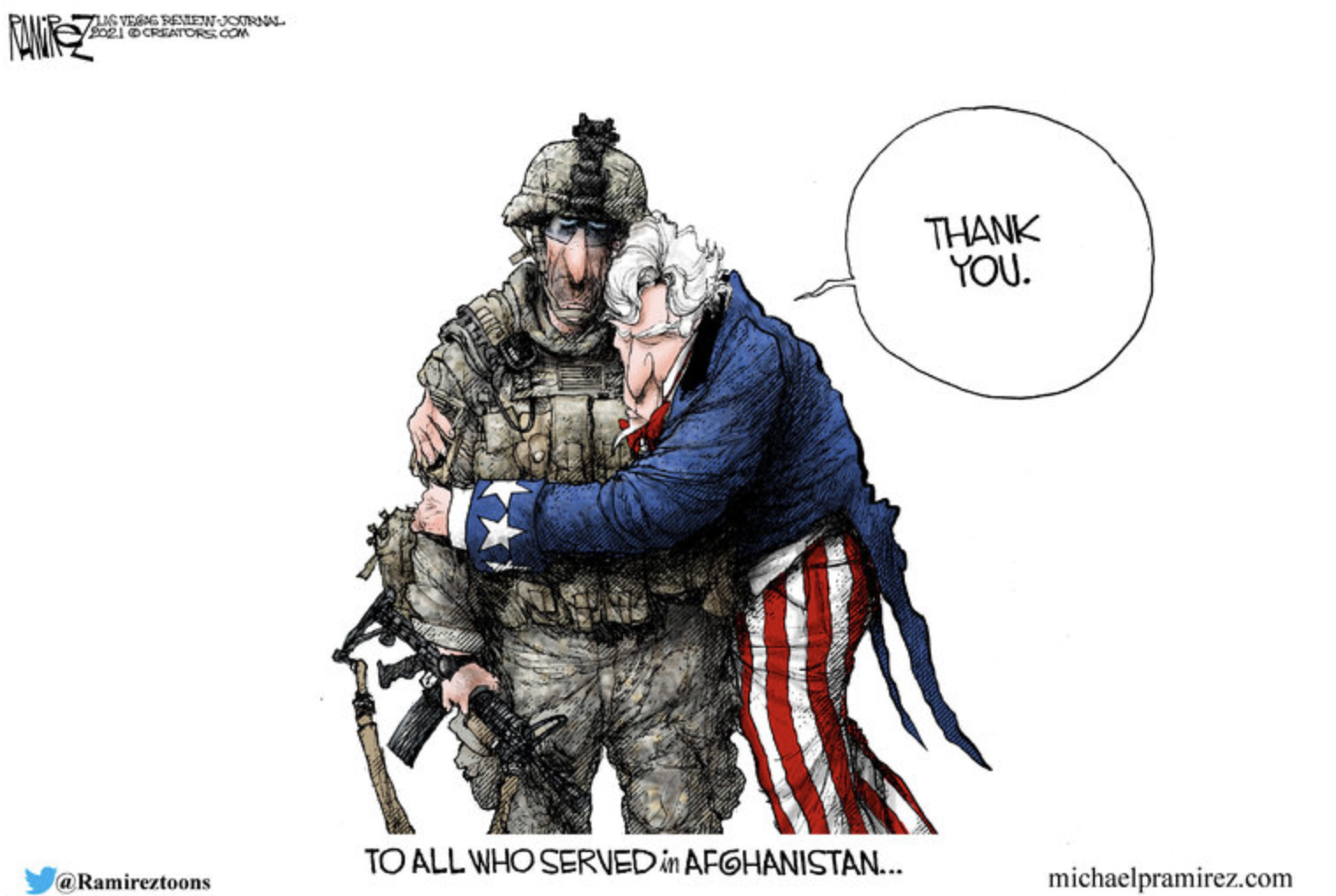 The Biden administration and Democratic leadership in Congress have shown a face of weakness, dishonesty, and dishonor. This entire situation was driven and created by politics, not intelligence. The administration has and continues to ignore the intelligence. This incredibly irrational plan pulled the military out before American civilians. We gave up a strategic airbase and billions of dollars of equipment.

And, now the same people who created this mess are in charge of a rushed screening process of thousands of Afghans who are being flown into our nation. Does anyone have faith that it is being handled correctly? Biden's policies have reopened our southern border with record numbers coming through daily.

The Democratic leadership in the White House and Congress have left the American people with a terrible, dangerous situation to confront.

Doubling down on failure and proving how completely out-of-touch and political they are, Speaker Pelosi brought Congress back to D.C. this week to pass what is perhaps the most significant economic blunder in our lifetime. She expects the American people to trust them with an additional $5 trillion of spending. They also passed H.R. 4, which is described below. H.R. 4 is, in no uncertain terms, a complete unconstitutional takeover of elections by the federal government.

Congress should get back to Washington immediately with a clear agenda and vote to:

We need to accept that the Taliban has not changed their ideology... that is why tens of thousands, if not hundreds of thousands, of Afghans are trying to escape. So why should this clear signal also be ignored?

The disgrace of this all is that Biden carried out a politically motivated action so he could announce our withdrawal from Afghanistan on the 20th anniversary of the tragedies of 9/11. He wanted adulation and his "hero moment." Instead, he has put American lives in danger, and it is an absolute disgrace. The American people need to call him out and demand the truth.

As mentioned before, we should all continue to pray for the 13 brave American soldiers and their families.

I joined Fox Business on "The Evening Edit" to discuss Afghanistan, the withdrawal date of August 31, and Biden's insistence on blaming President Donald Trump. Click here to watch. 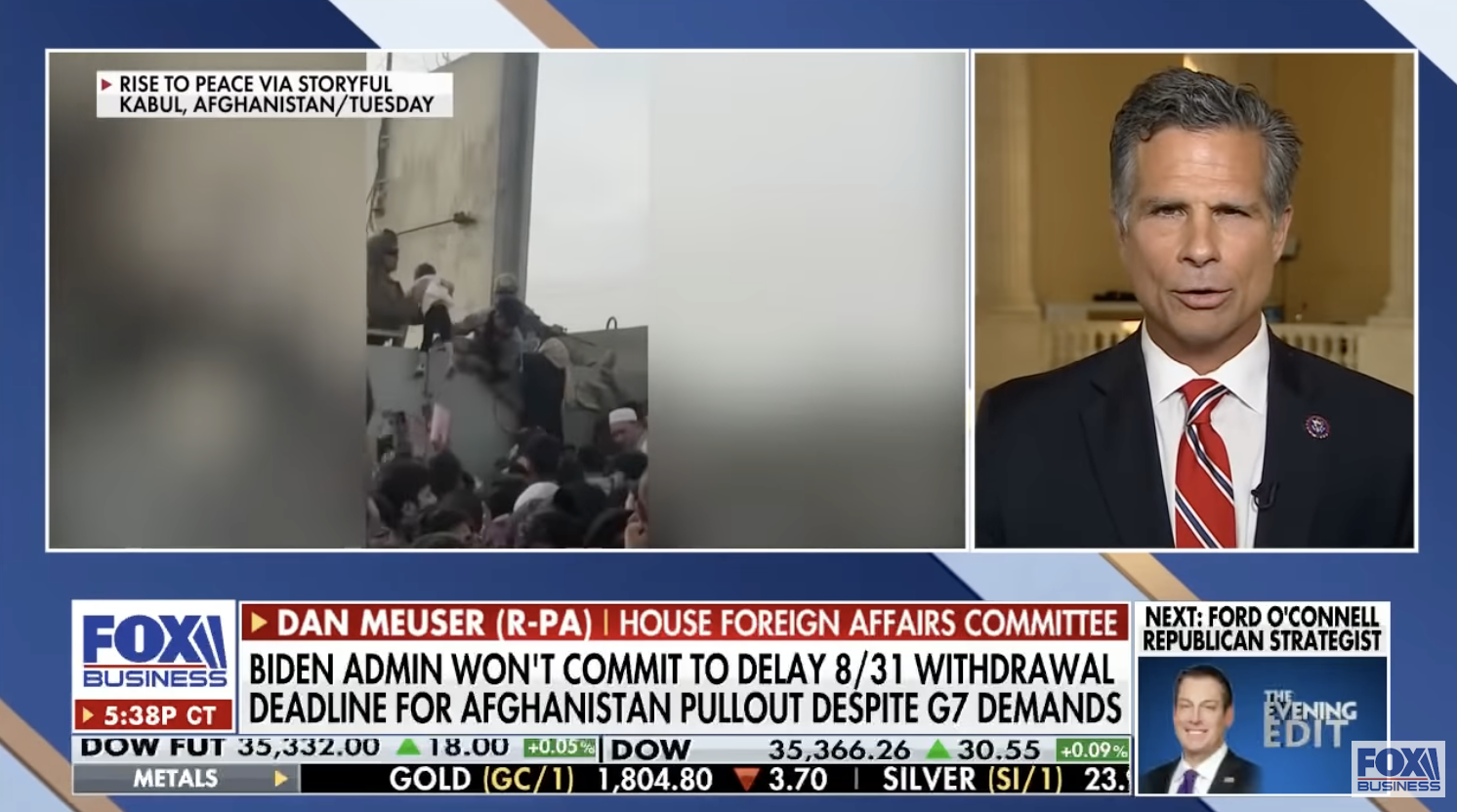 I also joined Newsmax to discuss the situation in Afghanistan. Click here or below to watch. 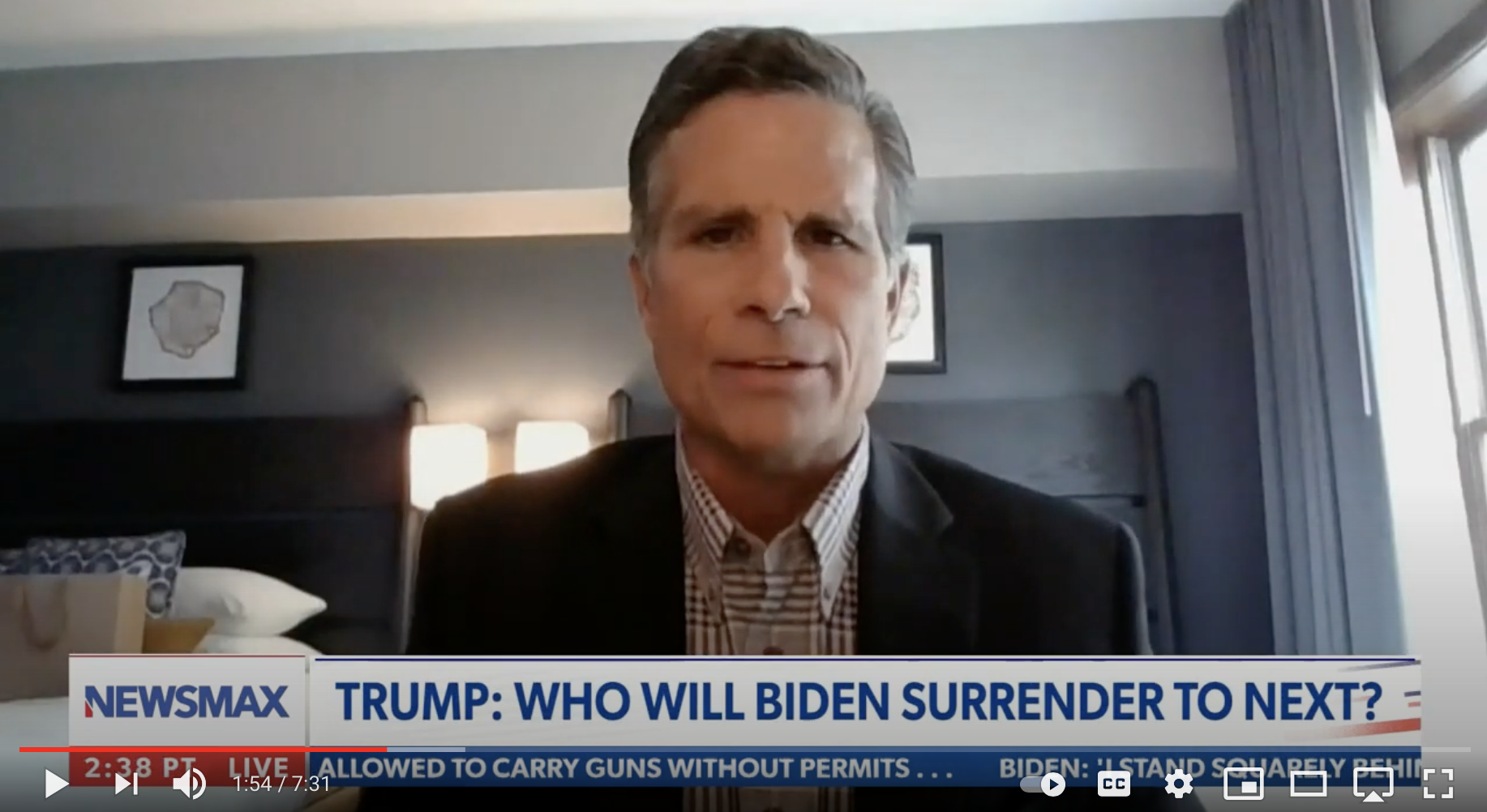 The Biden administration continues to outlandishly blame President Trump for the situation in Afghanistan. It's wrong and an embarrassing attempt to deflect blame. In response, the Trump team released the following video detailing Biden's failure. Click here or below to watch. 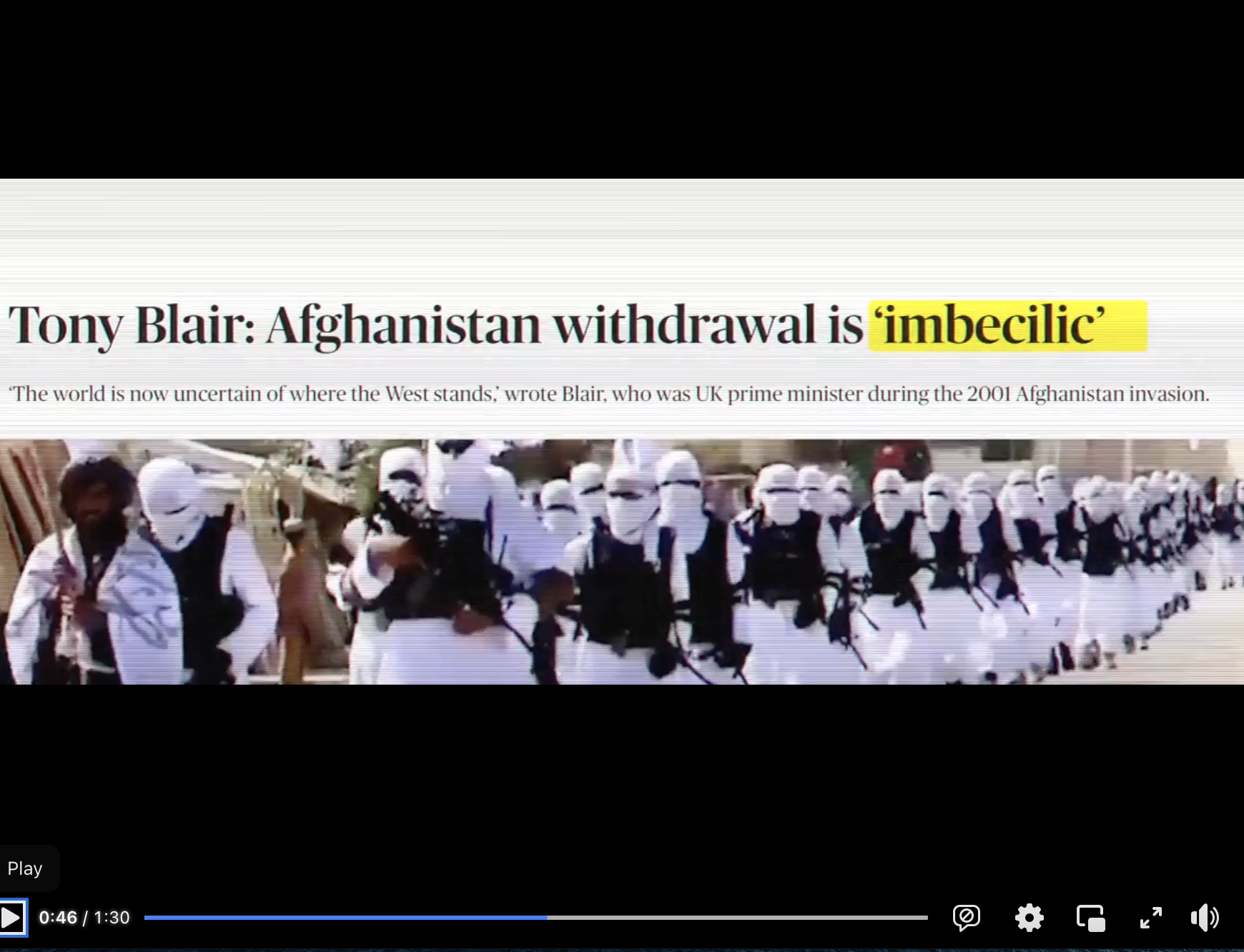 IN NEWS YOU WON’T HEAR IN THE MAINSTREAM MEDIA: As former Obama Chief of Staff, Rahm Emanuel said in 2008, “You never want a serious crisis to go to waste. And what I mean by that is an opportunity to do things that you think you could not do before.”

The Democrat leadership is following his advice by using the crisis in Afghanistan created by the Biden administration and quickly advancing their liberal agenda. They are doing this when Americans and the media are paying attention to the situation in Afghanistan. Most Americans don’t know that the Democrats are forcing through H.R. 4 – a federal takeover of our election system.

The Democrats’ claim that they want these powers to protect the right to vote is ludicrous and baseless. It is easier to vote now than ever, and minority voter turnout continues to trend upward over the past decades. Discrimination is illegal.

So why do Democrats want these powers? To overturn commonsense election integrity reforms that a vast majority of Americans support, like voter ID.

At a time that many Americans, particularly Pennsylvanians, have serious concerns about how our elections were conducted in 2020 and earlier this year, Democrats are pushing a package to allow the federal government in Washington, D.C., to control our elections. If successful, this will be the largest partisan power grab in the history of our nation.

Meanwhile, the ten states with the highest unemployment rates are all led by Democrats. Additionally, Democrat-led states have an average unemployment rate 1.6% points higher than Republicans, at 5.9%. 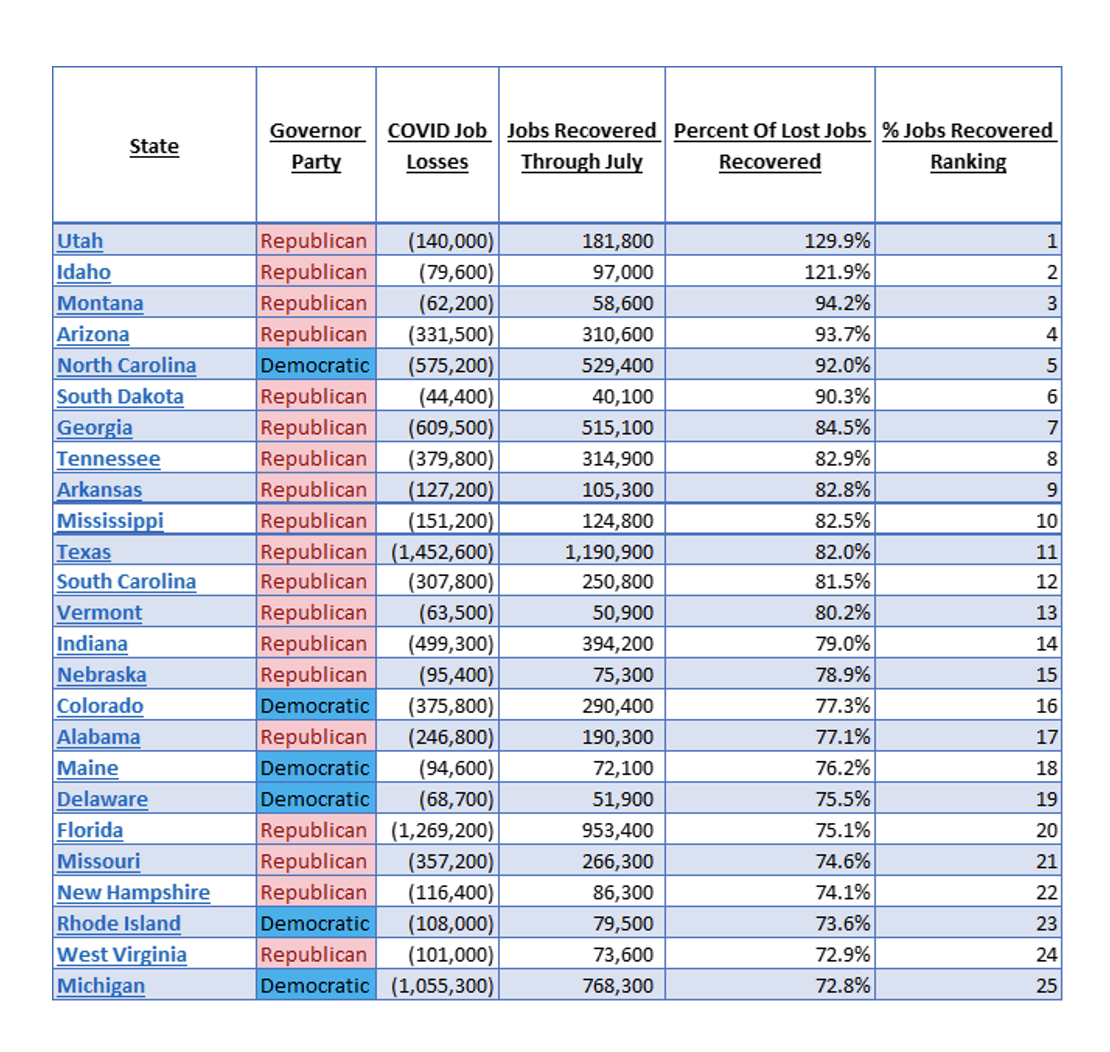 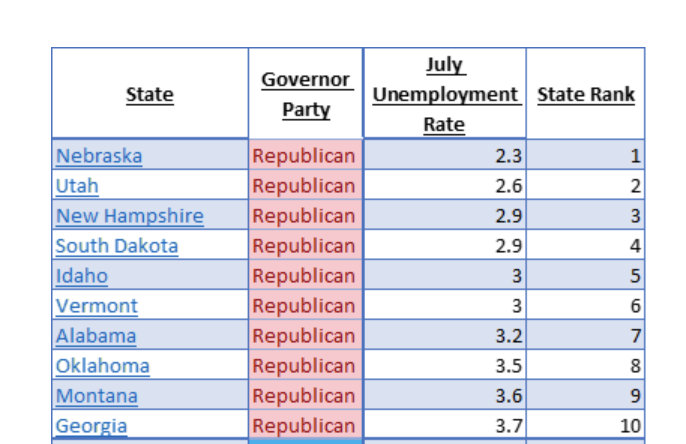 As you can see, despite our state's vast natural resources, central location, best-in-class workforce, Pennsylvania's governor is failing us. We again rank near the bottom in job creation. That is because we are pursuing the same failed policies of other failed states. The current administration follows the same agenda of other failed states like California, Illinois or New York. As I have stated, we need to follow the lead of states like Florida, Texas, Arizona, Utah... states with strong GOP leaders who are putting their states first. I have been planning. I know we can put Pennsylvanians First by putting together an agenda focused on lowering taxes, taking advantage of our natural resources, and implementing reforms to get our government to stop working against us and start working for us. We don't need to just get people back to work... we need to get Pennsylvanians trained, prepared and hired for BETTER JOBS.

Pennsylvania has the potential to lead the nation. The time is now, and we can achieve these goals right here. I know I could help us get there. I will be taking the next few weeks to make a final decision on my intentions to seek the nomination for governor. I know the best days for Pennsylvania are in front of us...with the right person in the governor's office.

By the way, I just got off the phone with House Minority Leader Steve Scalise from Louisiana. Our thoughts and prayers are with everyone in the storm's path as Hurricane Ida makes landfall.