Yesterday, I publicly announced that I have tested positive for COVID-19. I have followed all CDC health and safety guidelines and I will be taking all necessary precautions, including working from home in quarantine until I receive a negative test result. Although this very unfortunate and it did cause me not to attend President Trump's event in Scranton on Thursday, I am very thankful that my wife Shelley has tested negative and our children have been away at school and work and are in no jeopardy of getting the virus.

Due to my diagnosis, I was not present or able to vote yesterday on H.R. 8015. I did submit for the record that I would have voted ‘NAY.’ I fully support a strong and effective post office. The post office must be given the resources necessary to do their jobs well. As part of the CARES Act, Congress provided the agency with a $10 billion loan. However, to this point, the USPS has not yet seen the need to access these funds. Even as they face the same COVID-19 related setbacks affecting all private and public sector businesses and entities, the Postmaster General has assured all Americans that the post office can and will deliver the nation's election mail on time and that any changes in operations at the agency have been suspended until after the election. Calls from Speaker Pelosi and the Democratic leadership to direct $25 billion to the post office are focused on politics, not reality or these facts: 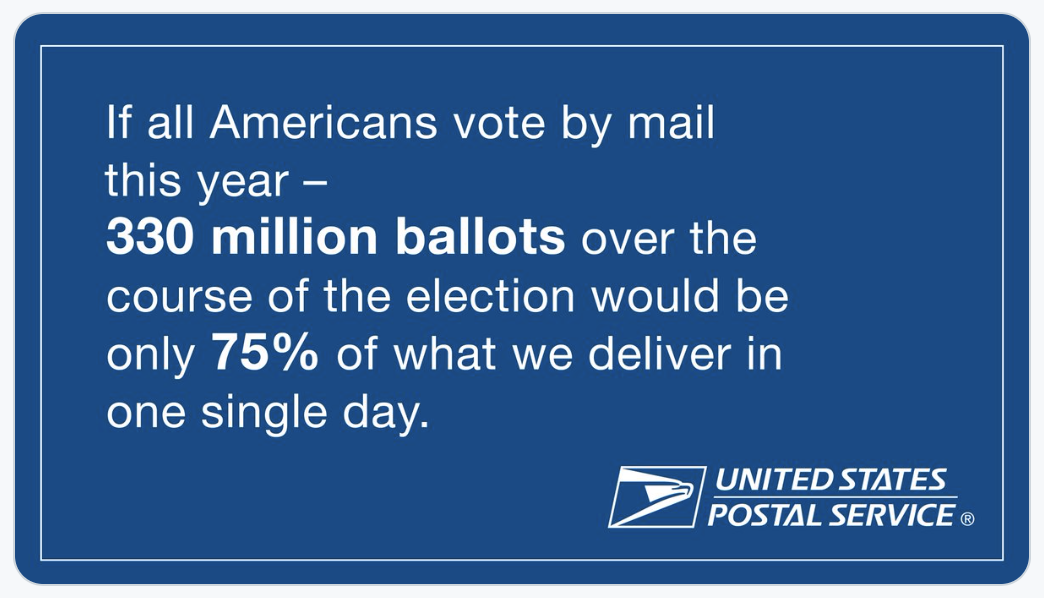 Once again Joe Biden, Kamala Harris, Speaker Pelosi and the DNC are entirely focused on pretending a crisis doesn’t exist, like our open border issue, or manufacturing an issue like impeachment or Russian collusion. Now here, they are conjuring up a messaging crisis and passing a $25 billion bill that is going nowhere. It is a shame they wouldn’t put one-tenth of the time and effort they are spending on these political messaging campaigns on supporting law enforcement and peace in our streets. If they did, we would be a safer and better country for it. This is one of many strong reasons we are going to reelect President Trump and take back the House on November 3rd.

There is so much I could say about the DNC Convention, but my hope is that millions of Americans watched it because they saw the unfiltered radical left. Unfiltered from the media, who used their platform to tell susceptible people how they should think about what they just heard, asking Americans not to focus on what was actually said. The Biden-Harris tickets platitudes, vagueness and extreme leftist views were on full display. Rather than rehash what was said, it is important to recognize what they failed to mention... lawlessness in our streets... supporting our police... China’s adversarial positioning to the U.S... an economic recovery plan as well as anything related to finding a vaccine. Their strategy is clearly to prolong this problem and use it as Congressman Jim Clyburn, Democrat Whip of the U.S. House, said the Covid-19 pandemic is "a tremendous opportunity to restructure things to fit our vision." The choice couldn't be any clearer to us so it is our job over the next 72 days to get the truth out to get the facts out, because a more informed electorate will relate directly to our margin of victory on November 3rd.

I also want to congratulate Pennsylvania Republicans and the Trump Campaign for the number of new voter registrations they have gained. These actions prove that the views of Pennsylvanians are a far cry from the views of the radical left in charge of the Democrat Party. The truth is that most Pennsylvania Democrats are Trump Democrats and we have to keep it that way.

Lastly, I do want to thank everyone for your get well messages, thoughts and prayers. I look forward to continuing to work from home over the next ten days and be back in Washington and out there with you as soon as possible.