I want to begin by addressing the crisis evolving in Afghanistan where the Taliban is taking complete control of the country. This situation provides further proof that Biden is again dead wrong on foreign policy...deadly wrong. I have many friends in the district as well as know other members of Congress who served our nation bravely in Afghanistan. They are beside themselves with disbelief as to the whole situation... why did the Biden administration originally set September 11, 2021, as the withdrawal date for our troops, the 20th anniversary of the attack on our country? (Reminder: The 9/11 attack was orchestrated from a Taliban-controlled Afghanistan, which has and continues to maintain close relations with Al Qaeda.) Choosing this date was one of the most stupid decisions this incompetent White House has made.

Then the Biden administration moves up the withdrawal date to August 31. What has become clear is that the Biden administration is completely unprepared and has done no contingency planning. This is a dangerous situation for Afghans, our allies, and may have great ramifications on our own national security. Just this morning, the Afghan president fled the nation as the Taliban took over their capital city of Kabul. Click here to read a story from the Wall Street Journal. For the record, the Taliban took over the country in a week!

Throughout the 20 year history of this war, there have been countless Afghans who have stood with the United States. They are now being hunted by the Taliban and Al Qaeda. Congress saw this humanitarian crisis coming and as recently as late June pushed the Biden administration to act. (Pictured below at a press conference on this issue.)

I joined my Congressional colleagues in overwhelmingly voting to increase the number of special-purpose vias for Afghans who assisted U.S. forces, providing enough visas to accommodate all eligible Afghans currently on the waiting list. What is happening now is not fair to many Afghan people, especially women and children. The Taliban has been responsible for alarming human rights violations, torture, and murder. The Biden administration's actions provide little to no protection to these innocent people, and it is tragic. These people put their lives on the line for our nation, and we are leaving many out in the cold.

To be clear, President Trump also called for a withdrawal of troops from Afghanistan. But there was a big difference between his plan and Biden's hapless and bungled withdrawal. President Trump was clear that if a full withdrawal of troops took place under his watch (which it did not), the Taliban would understand that any hostilities would be met with the full airpower of the United States military. This message was sent with no ambiguity. It was a contingency condition where the Biden Administration had none.

Finally, our country is weaker because of the poor decisions of the Biden administration. We have allowed terrorists to take over a nation and access our own military weapons. Worse yet, this comes at a time when Biden's own budget proposal includes an average 16% increase for all non-defense agencies while he cuts funding for our national defense.

If both parties can only work together to support barely $1 trillion of a $5 trillion plan, that is not a compromise. That is not negotiating in good faith. That is a sucker's deal, and I won't vote to support a deal that treats the American taxpayer as a sucker.

If this $5 trillion monstrosity advances, Americans will experience:

These will be the results of the Democrat's desire to go for broke and spend outrageous sums of taxpayer money. This outrageous spending is on top of the unprecedented amount of bipartisan spending last year for recovery and relief purposes. The truth is that the economy is getting stronger every day without what will be by far the largest government spending bill, placed directly in the hands of the Biden administration since the Great Depression. We are not in an economic depression.

Worse yet, the Democrats plan to raise $2 trillion in new taxes to cover the cost of their extreme liberal agenda. These taxes will negatively impact all businesses, large and small. It will make the U.S. less competitive than the rest of the world (particularly China), lead to continued inflation, and kill scores of American jobs.

What is really sad is that our nation, particularly Pennsylvania, needs additional transportation and infrastructure funding. Unfortunately, the Democrats are again putting their extreme policy agenda and politics ahead of the American people. This $5 trillion spending is unbelievably unnecessary and wasteful. This is government policy malpractice at best.

IN NEWS YOU WON'T HEAR IN THE MAINSTREAM MEDIA: The Biden Administration's terrible decisions and policy agenda have resulted in rising prices from the grocery store to the gas pumps. 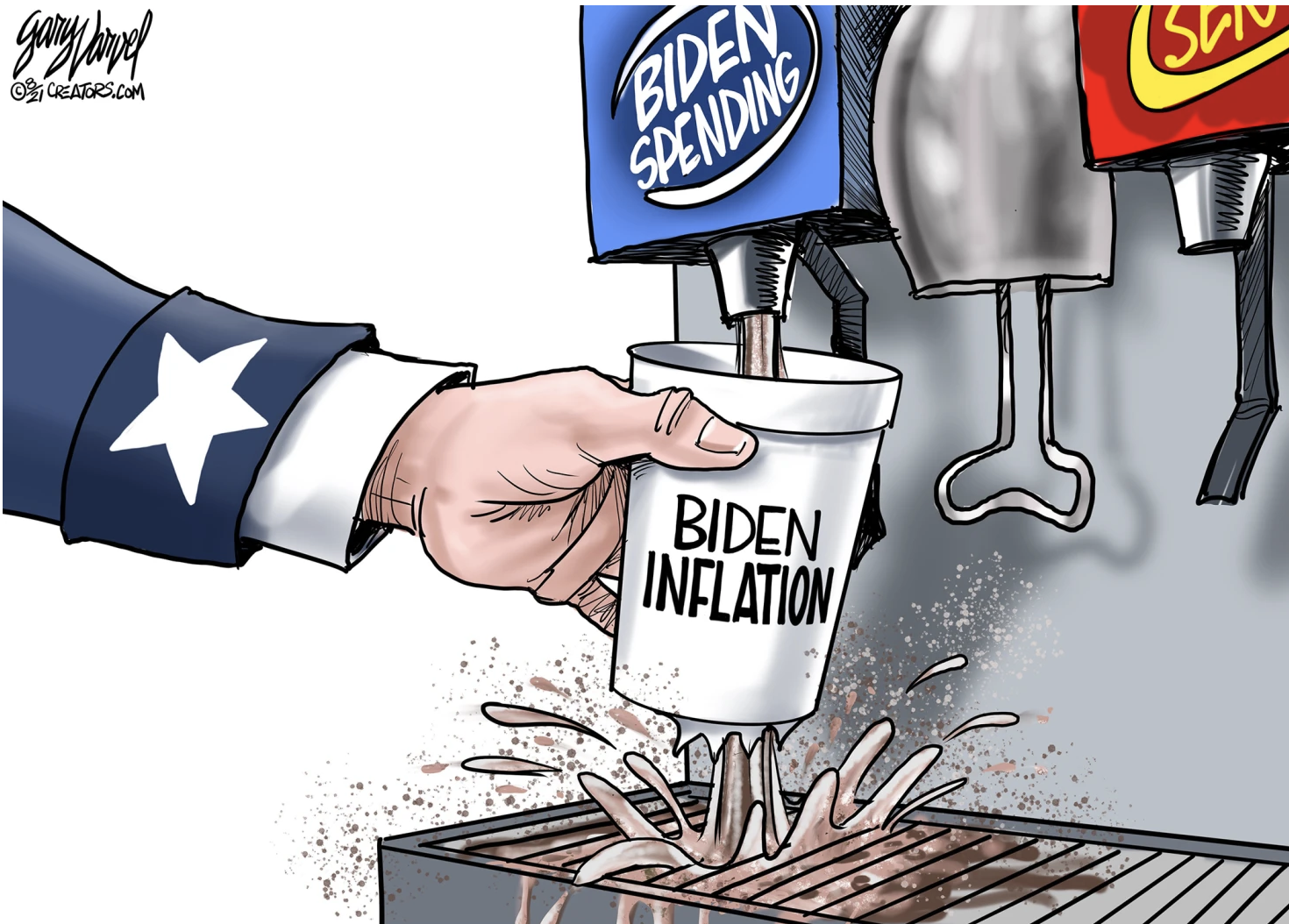 The Democrats' $3.5 trillion reckless tax-and-spending sprees, a trojan horse for their left-wing agenda, will only worsen the economic burden families face under Biden. Click here to watch the GOP's latest video on "Bidenflation." 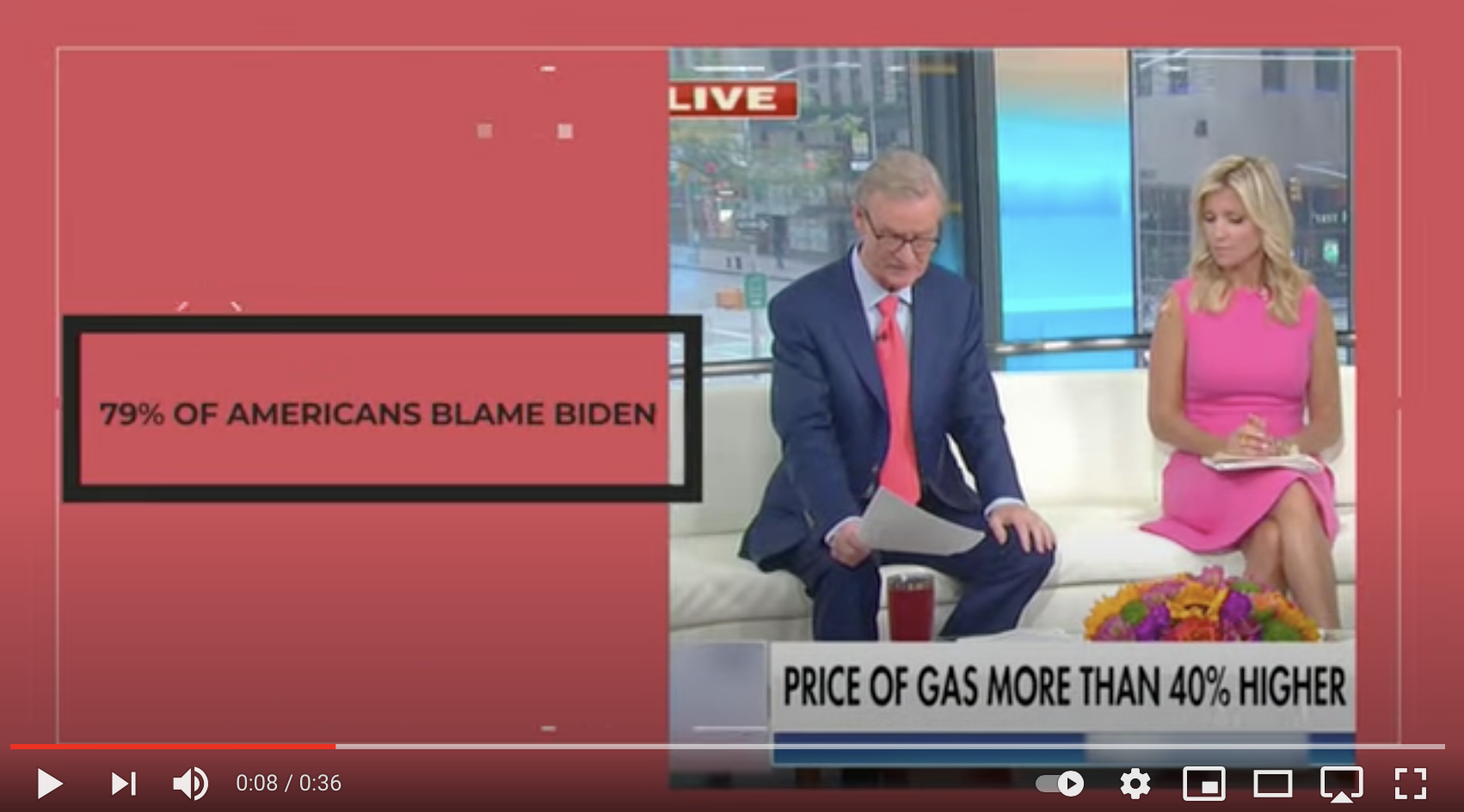 Outrageously, the Biden administration announced that they have requested OPEC increase oil production due to higher gas prices. Gas prices have increased dramatically since Biden entered the White House. Why? Because the Biden administration has kneecapped domestic energy production. He killed the Keystone XL pipeline and embracing a progressive climate change agenda.

During President Donald Trump's administration, the United States became a world leader in energy production. Higher gas prices are a result of the policies of the Biden administration and Congressional Democrats. 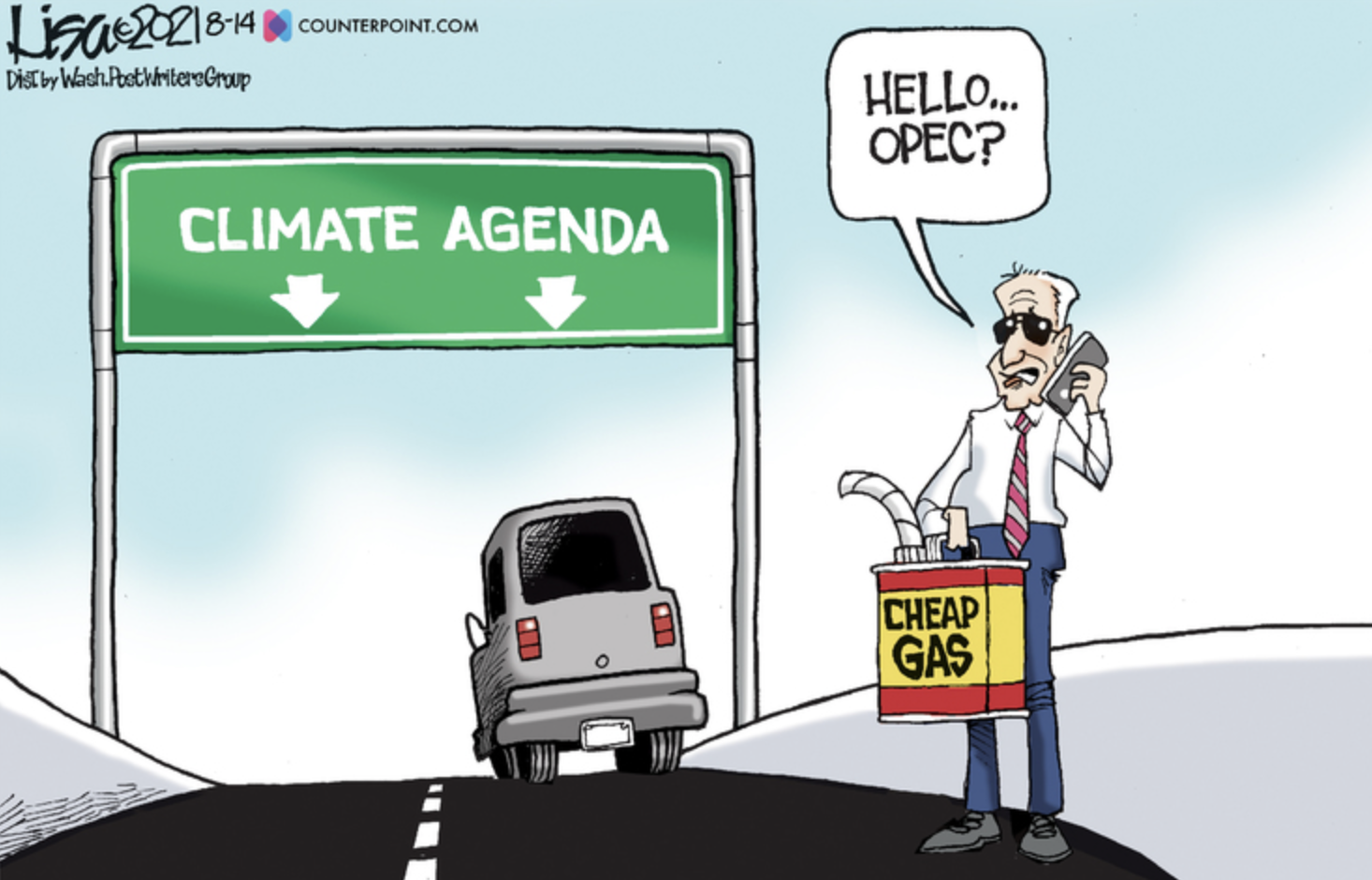 This week, I visited Cornwall's PRL Industries, a longtime supplier of cast steel parts to the U.S. Navy. I joined PRL's President and CEO, retired Vice Admiral John Morgan, on a tour and received a briefing on the production of the ultra-high quality, precision stainless steel castings that leave PRL's facility and end up in nuclear submarines. This is one of two foundries in the nation that make certain types of high-quality castings for the Navy's undersea fleet. Click here to read a story in LebTown about my recent visit. 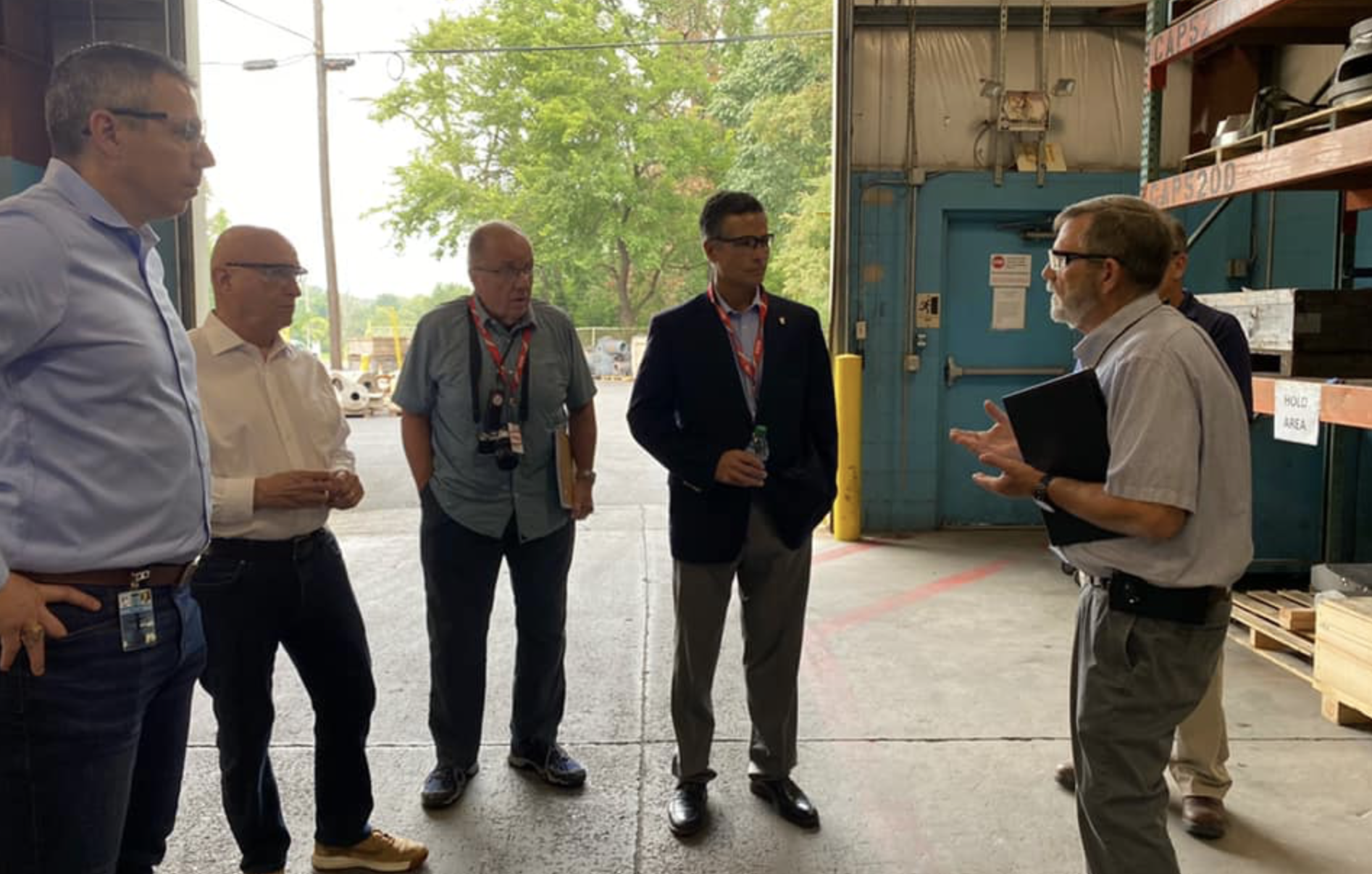 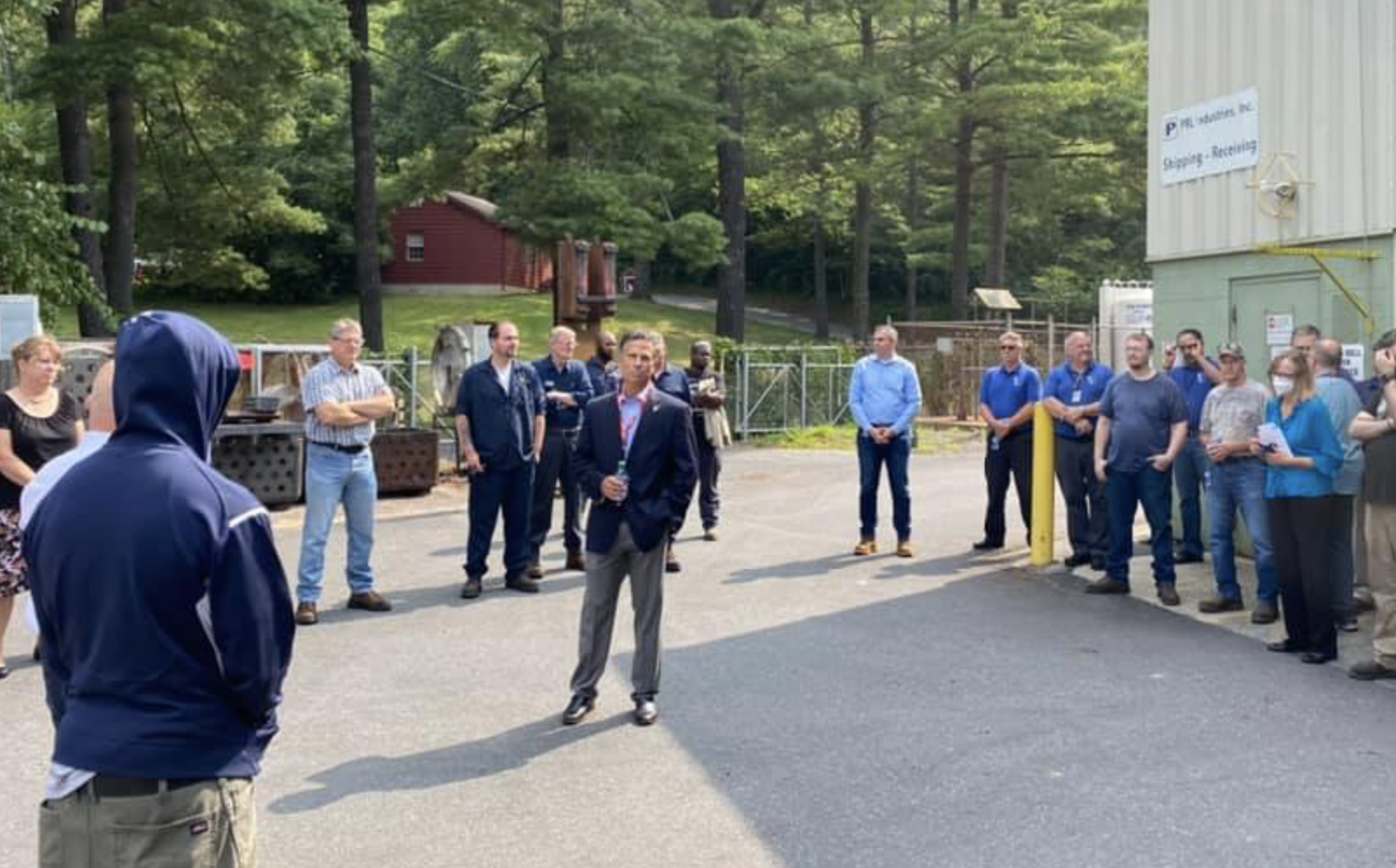 This weekend, Shelley and I attended an event with former Vice President Mike Pence, Speaker of the House Newt Gingrich and Arizona Governor Doug Ducey. So great to hear the perspectives of so many committed Americans, especially those who have achieved great success for our nation and their respective states. I even got to spend some time at the shooting range. 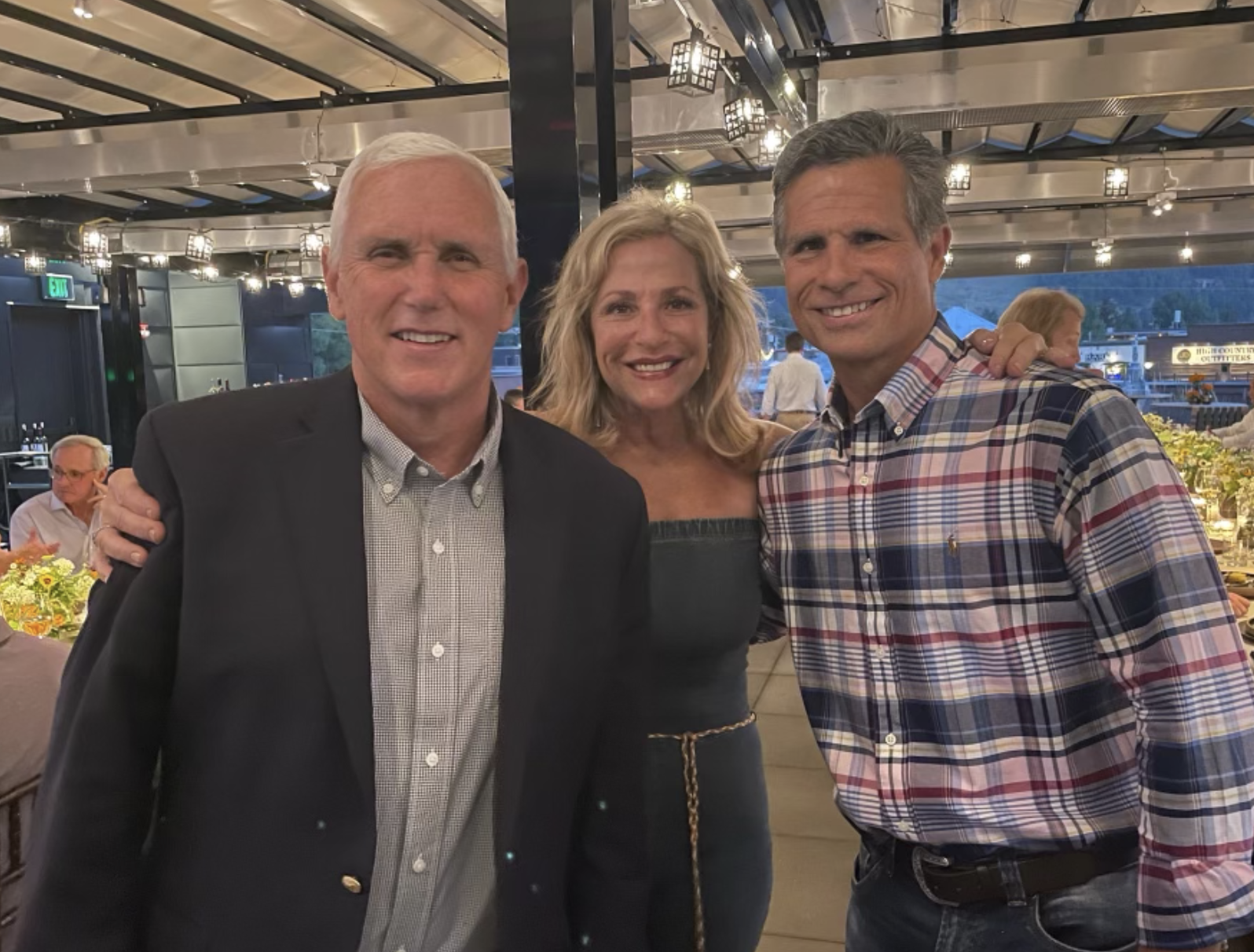 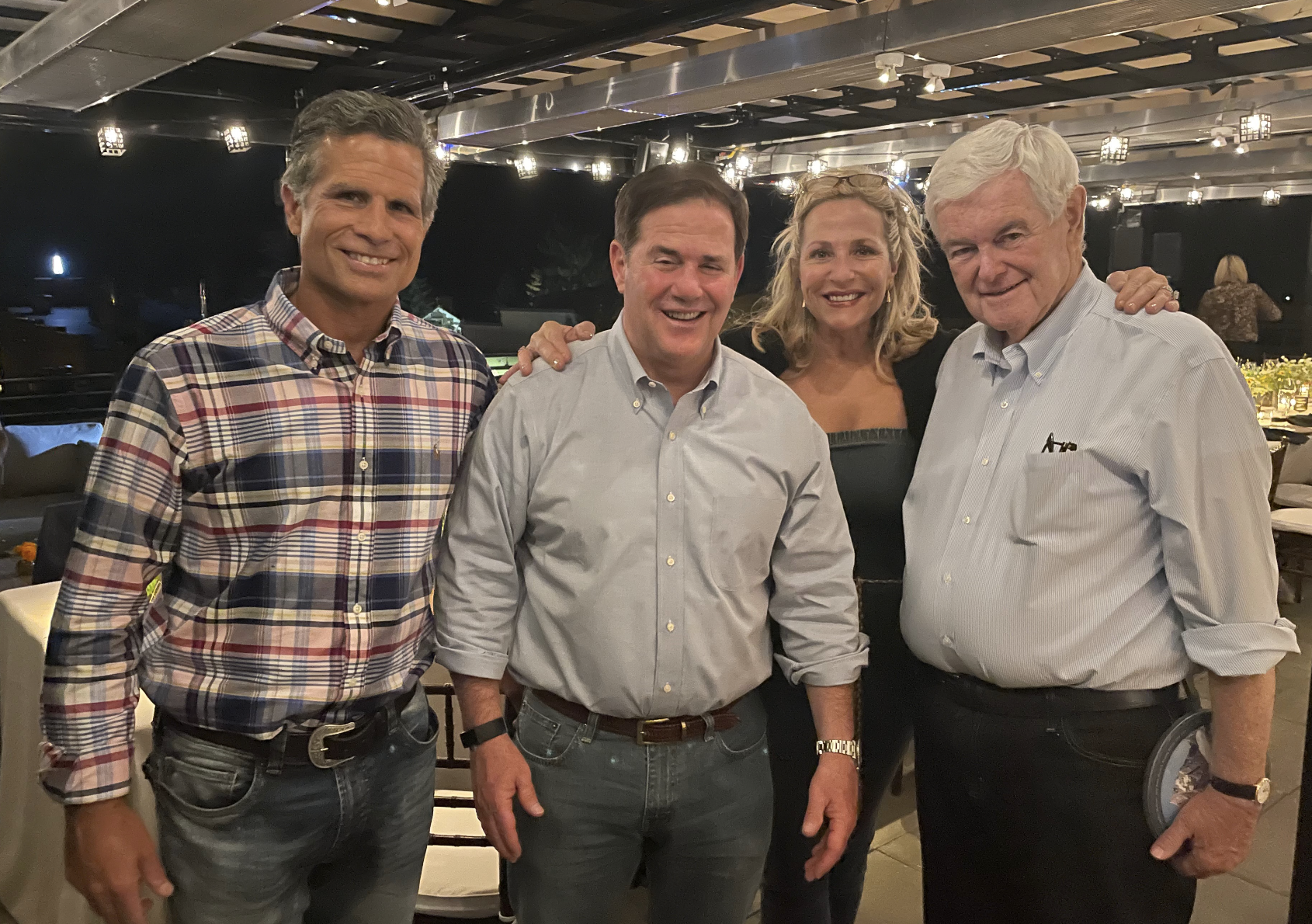 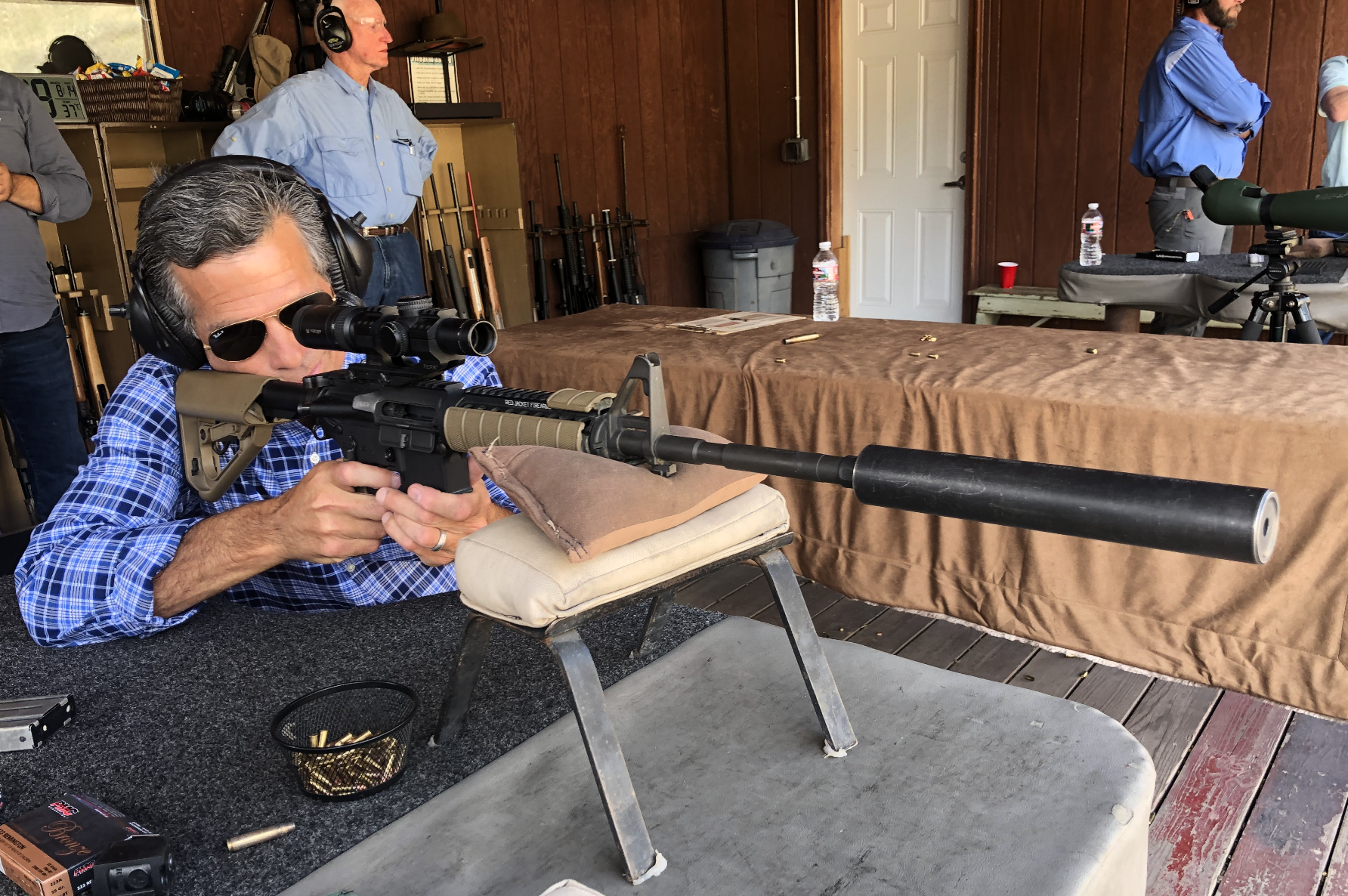 By the way, Arizona has been ranked as having one of the top-ranked economies in our nation. In fact, Wallethub ranks its economy 9th in the nation. You may ask, where does Pennsylvania rank? Well, we are in the bottom third at 34th. What's worse, while Arizona ranks 5th in economic activity, Pennsylvania ranks 36th. Arizona's success and Pennsylvania's failure result from one state's governor having a plan and executing and another following the lead of the states that are failing. Pennsylvania has the potential to top that list with the right governor in Harrisburg. We need to lay out and execute a plan that starts with reducing the size of government and allowing the private sector to grow and flourish. Winning states do that... Pennsylvania sadly is not. I believe in the greatness of Pennsylvania. As I have stated, I am giving much thought to running for governor. Stay tuned.