This was a great week on the campaign trail as we work to ensure Pennsylvania delivers all 20 electoral votes to President Trump again in 2020.

On Thursday, I attended a Sportsmen for Trump Rally with Donald Trump, Jr. and Trump Victory Finance National Chair Kimberly Guilfoyle hosted by Bill and Laura Bachenberg at the Lehigh Valley Sporting Clays. The event included a rally for law enforcement and a separate rally for sportsmen. It was a tremendous event and Donald Trump Jr. and Kimberly Guilfoyle do an incredible job highlighting the countless reasons we must reelect President Trump.

One of the main reasons we back the President is his steadfast support of our Constitution and, in particular, our 2ndAmendment. I want to remind you that Joe Biden wants to put anti-2nd Amendment radical Beto O’Rourke in charge of our gun policies and Kamala Harris wants to institute a mandatory gun buyback program for the nation.

I got the opportunity to address the crowd. President Trump will win Pennsylvania again largely because he hasn't lost support from the voters and delivered for Pennsylvania the best economy we have seen in over 70 years. He did it once and he will do it again. Who would we prefer steering our economic recovery from the Covid-19 pandemic? Donald J. Trump or Sleepy Joe Biden? Their capabilities are about as different as shooting a bullet as opposed to throwing one. Pictured below with Donald Trump, Jr., Kimberly Guilfoyle, Brian and his wife Val Rich, my shooting buddy and good friend Chuck Coccodrilli, and my wife Shelley. 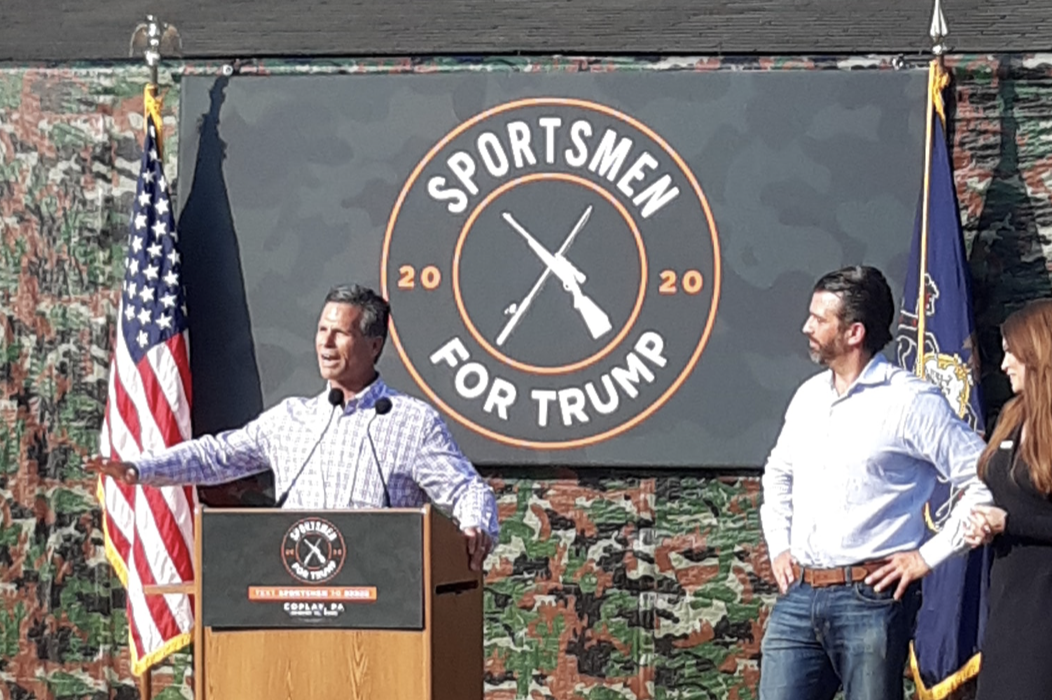 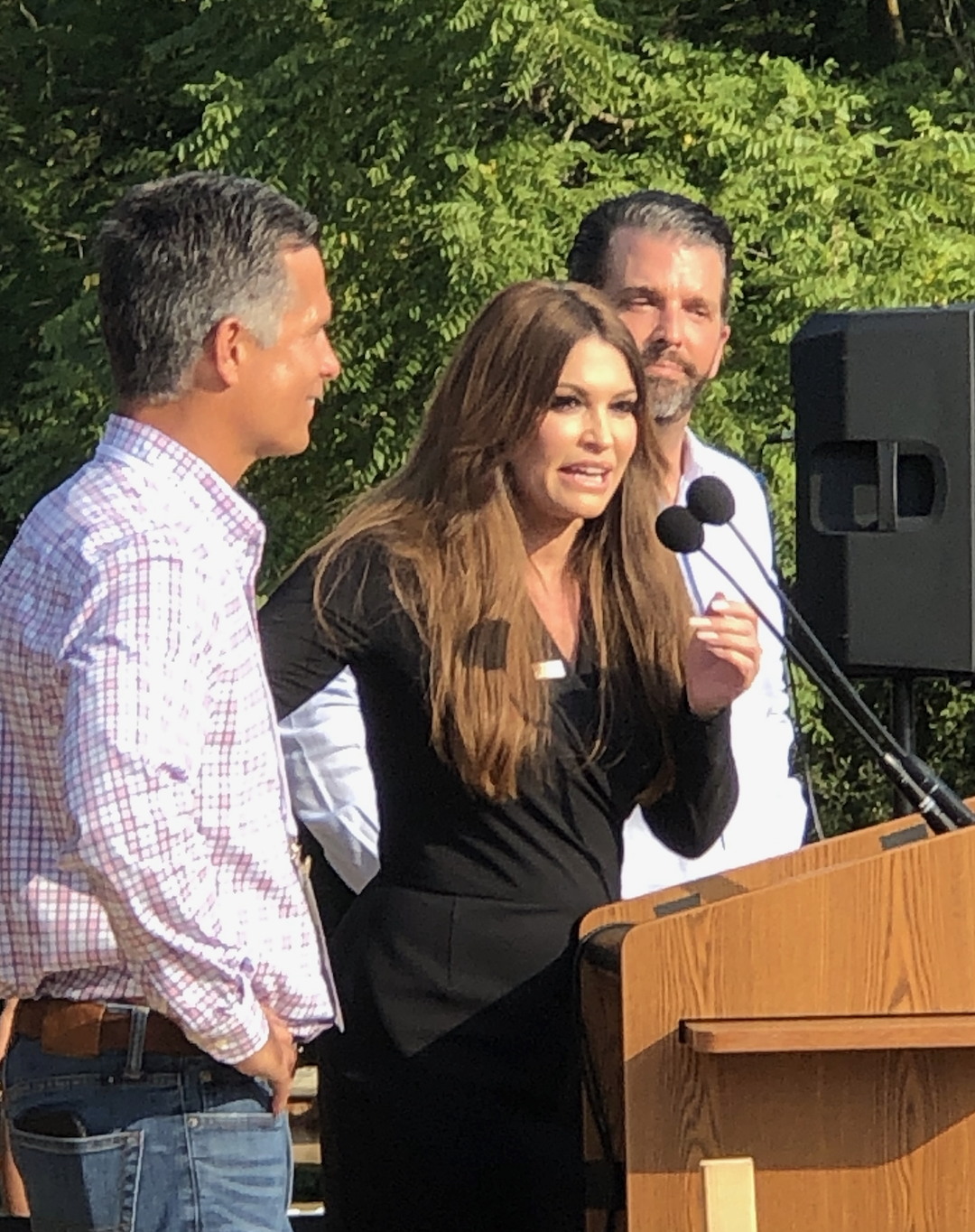 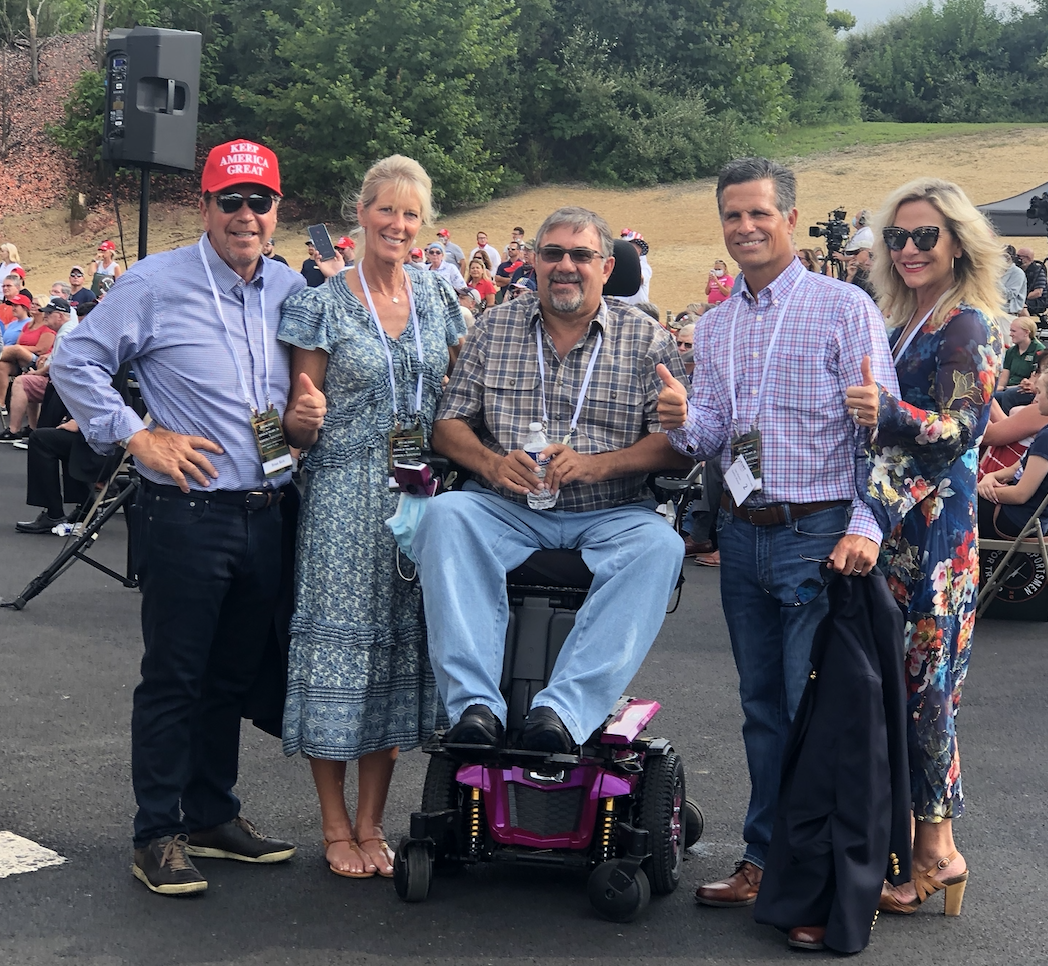 This week we attended the Schuylkill Transportation System facility groundbreaking in Saint Clair. Bob Carl, President and CEO of the Schuylkill County Chamber of Commerce, did a great job hosting the event. 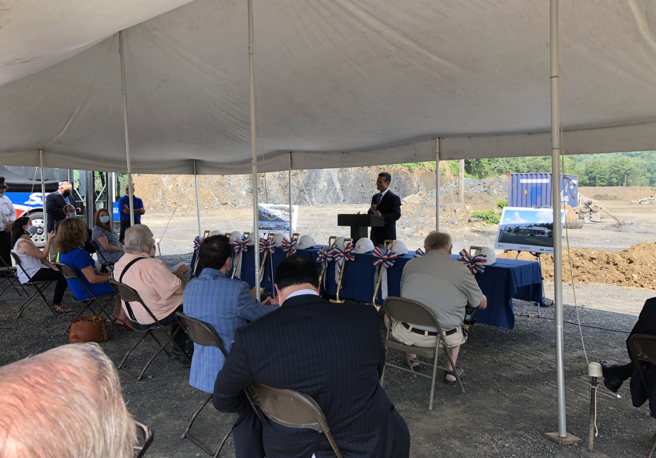 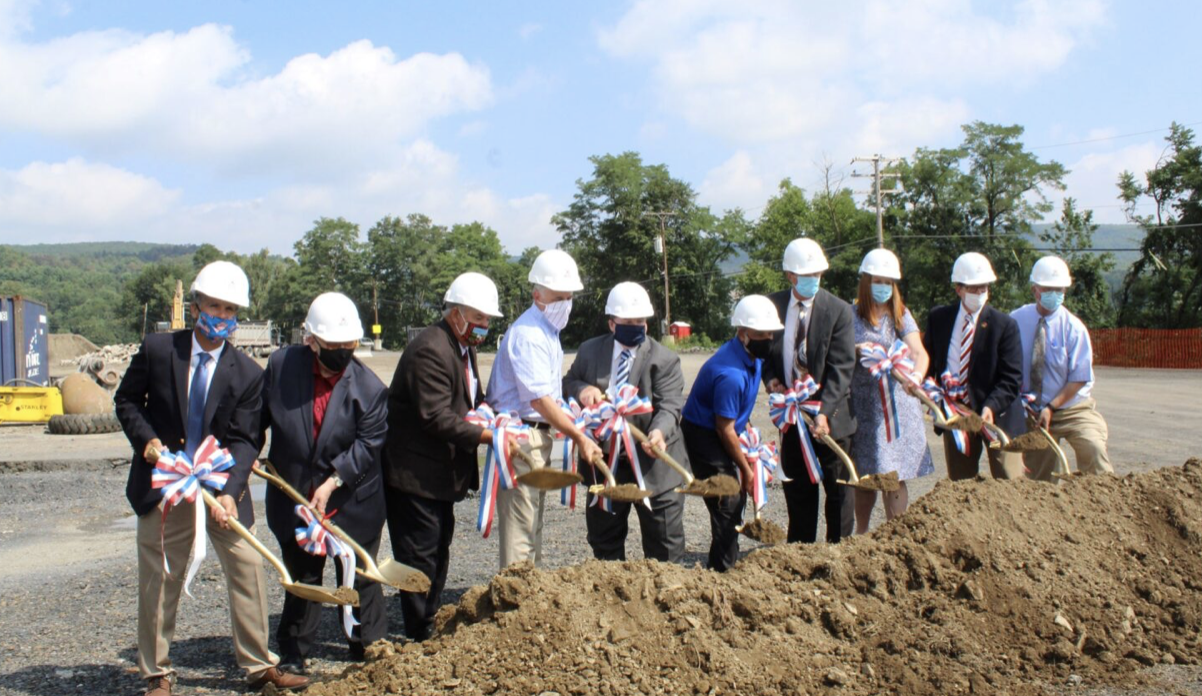 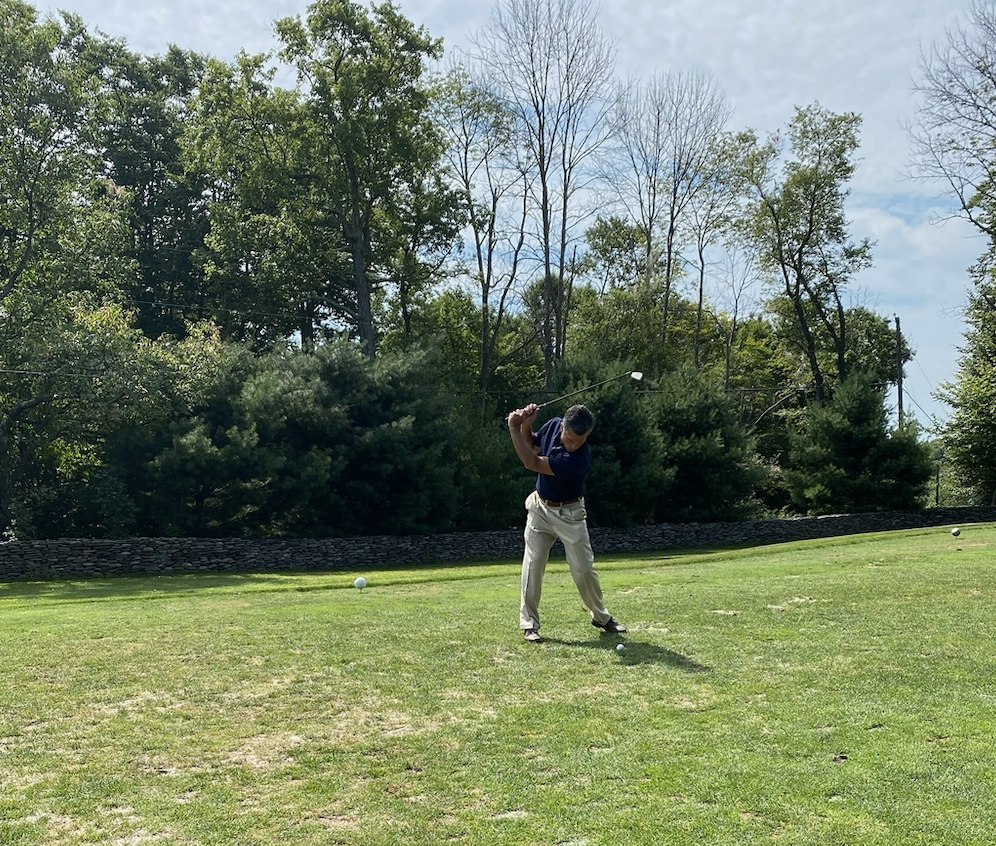 On Sunday, I am attending the Rally at the Rock with Bradford County Commissioner Doug McLinko.

Unfortunately, the settlement reached yesterday by the Governor and the County further perpetuates the unfair political attack against the residents of Lebanon County. As part of the Governor's agreement, he mandated that $2.8 million of this critical funding be used for a public relations campaign to encourage mask-wearing in Lebanon County. All of this funding was intended to help businesses open, provide assistance for our schools and support our frontline worker... They were NOT meant to be used for a public relations campaign. To siphon off $2.8 million of that critical funding on a campaign to encourage individuals to wear masks is excessive, wasteful and hurts the Lebanon County residents meant to receive this support. This Governor has proven time and time again that he favors petty politics over the interests of the hardworking people of Lebanon County. It’s a mindboggling decision made during a pandemic.

In major news, President Trump helped to negotiate a historic agreement between Israel and the United Arab Emirates. If the media were not so fixated on defeating President Trump, they would recognize the significance of this news. The agreement will help to fully normalize relations between the two countries. This is incredible news and shows that President Trump’s diplomatic efforts in the region are having an impact. President Trump is focused on making our nation and our world a safer place. His policies and diplomacy are working.

IN NEWS YOU WON’T READ IN THE MAINSTREAM MEDIA: Despite what the major news outlets would have you believe, Senator Kamala Harris is not a moderate. Joe Biden’s pick for Vice President, Kamala Harris, has embraced the radical policies of the far left:

Joe Biden's decision to select Kamala Harris as his running mate proves once again that he has completely caved to the extreme left-wing of the Democratic Party. Kamala Harris was rated the most liberal U.S. Senator in 2019, which is quite the accomplishment when you consider she is competing against the likes of Bernie Sanders, Chuck Schumer and Elizabeth Warren. Fortunately, Biden is giving the American people a clear sign of what kind of President he would be. Radical left.

The Biden-Harris ticket has as much in common with eastern central Pennsylvania as I do with San Francisco.

Last night, I attended a Back the Blue Dinner hosted by our friend, Lebanon County District Attorney Pier Hess Graf. This was a fantastic event and the proceeds collected all went to benefit PA COPS. PA COPS provides resources to assist families and affected coworkers of law enforcement officers killed in the line of duty. The guest speaker was Trish Wertz. Her husband was killed in the line of duty in Berks County. Wertz is a courageous advocate for our law enforcement officers and understands the sacrifices our police and their families make to keep our communities safe. I want to thank her and Pier Hess Graf for their work to support law enforcement. Pictured below with Trish Wertz and Rep. Sue Helm. 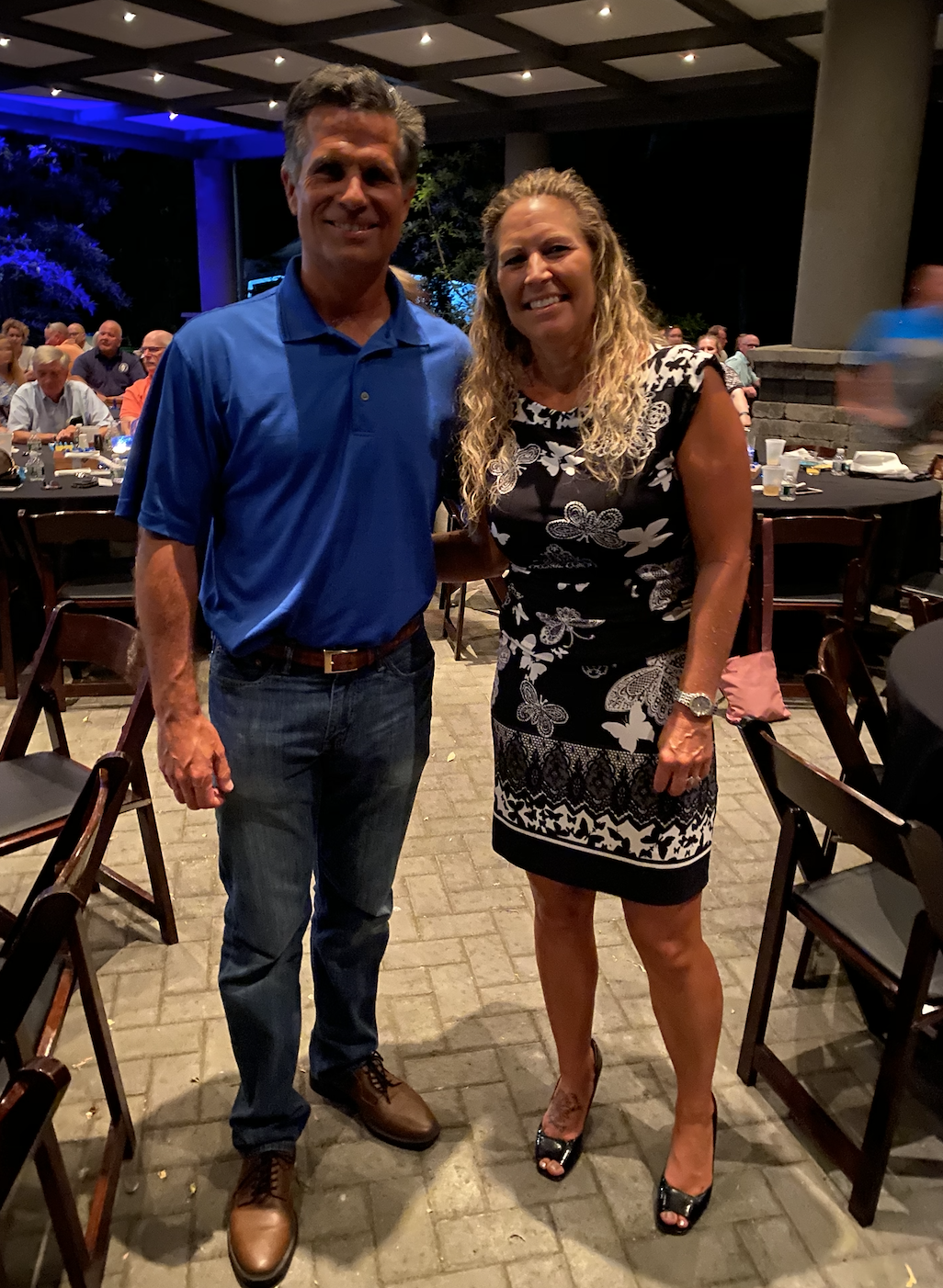 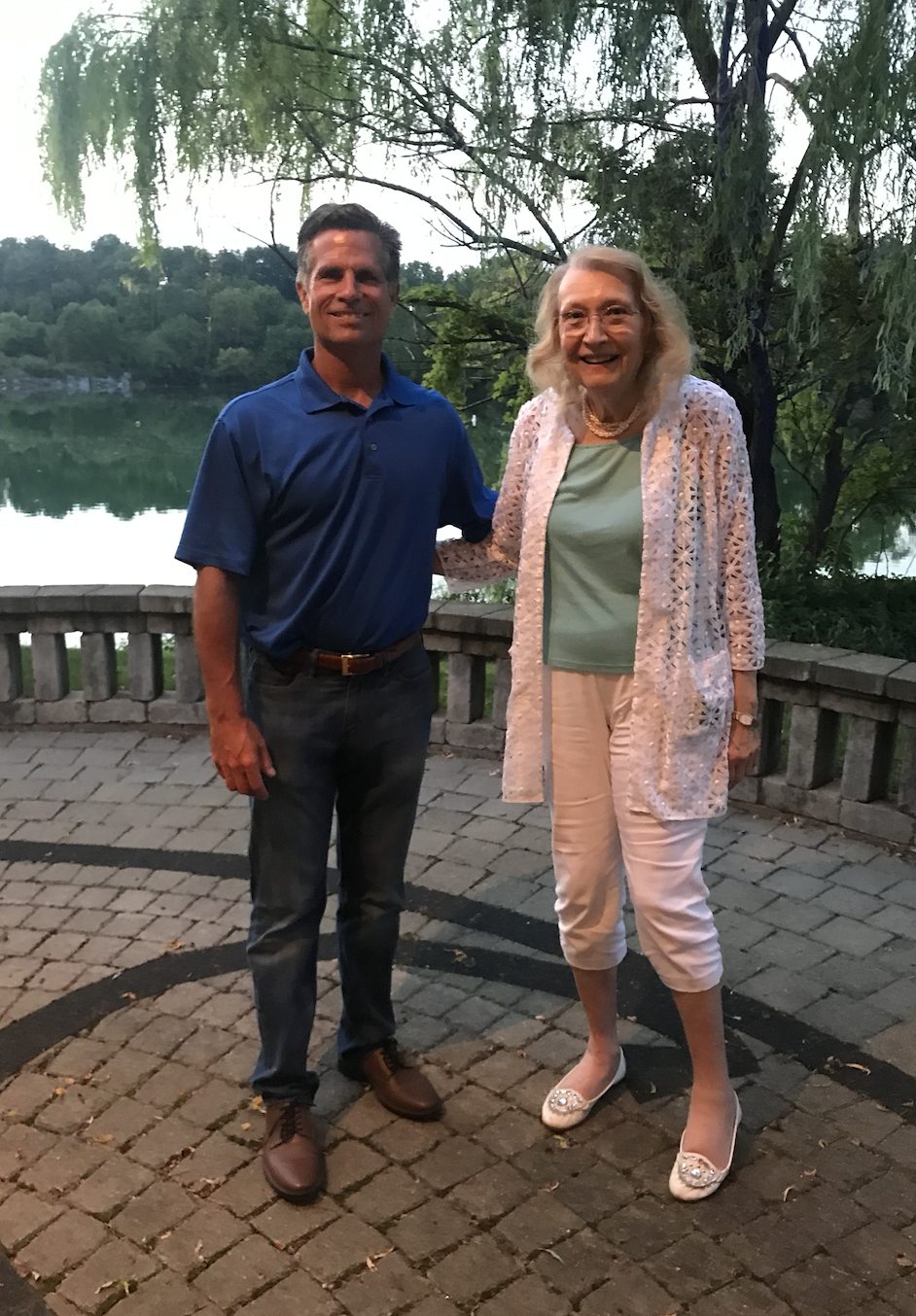 With campaign season here, we are working on getting our message out. We have a new billboard near exit 74 on Pennsylvania Turnpike 476 (Northeast Extension). Keep American & Pennsylvania Great! Our yard signs are beginning to go up. If you need a yard sign, please contact our campaign at info@meuserforcongress.com. Pictured below with Donny, Ty and Jimmy. 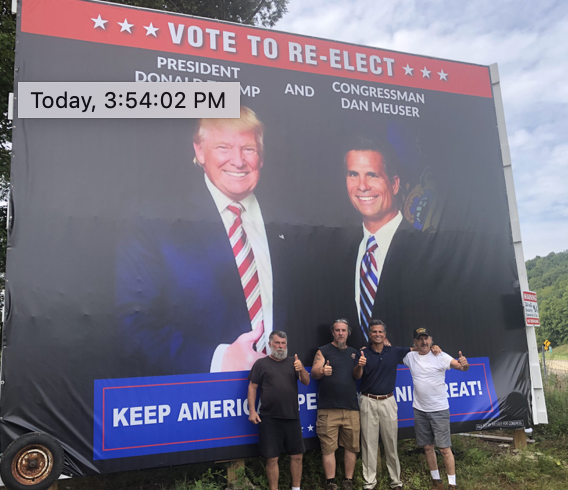 Yesterday, my wife and I checked our son Danny into Bucknell University. My boy is now a college man. I am very thankful that we have such great universities in Pennsylvania, so he is not too far from home. I want to wish all of our students, their parents and families well as we safely get back to school during these challenging times.

Please have a great weekend and we will see you soon.