The raid of President Donald J. Trump's home was an unprecedented and outrageous action. The FBI already has a credibility problem: fake dossiers, emails, Hillary destroying evidence, ignoring an obvious Hunter Biden/Big Guy scandal. This action is unacceptable & undermines the 4th and 5th amendments. Using a government agency to conduct a raid on a former President and political rival is something we would expect from Putin on his rivals… not here, not in the United States of America. I have spoken to many constituents who are deeply troubled and upset by this entire episode. Every time I believe the Biden administration can't dig America a deeper hole of problems, Joe grabs a shovel.

On Friday, I was in Washington to vote NO on the Biden Democrats' Recession Extension Act which raises taxes on the American people, adds 87,000 new IRS agents, and add over half a trillion dollars in new government spending. I joined Newsmax to discuss this disastrous bill. Click here or below to watch. 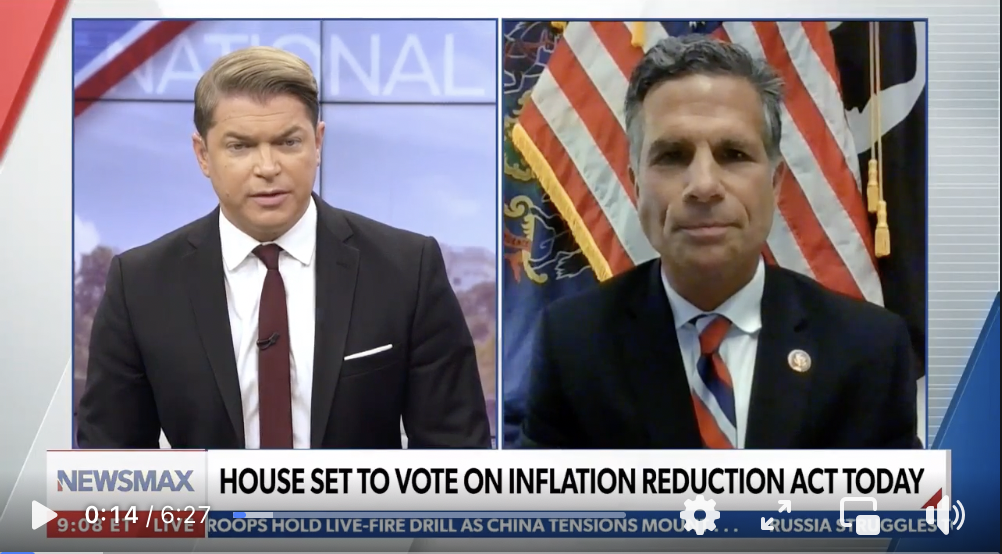 This bill is an enormous power grab by the Biden Democrats that also doubles the size of the IRS. Here's my appearance on "The Evening Edit" on Fox Business with the former director of the Congressional Budget Office, Director Douglas Holtz-Eakin, hosted by Jackie DeAngelis. Click here or below to watch my interview. 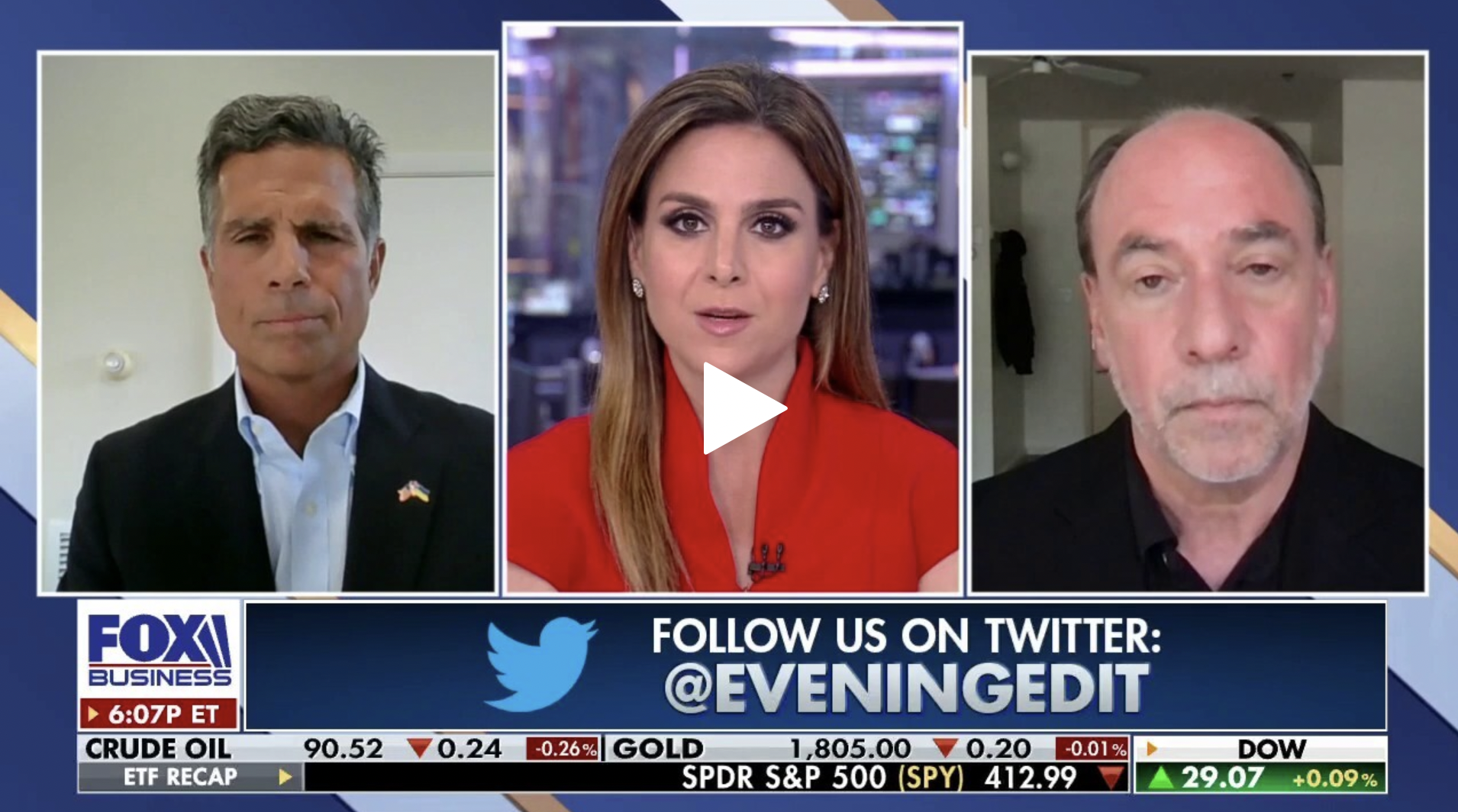 IN NEWS YOU WON'T HEAR IN THE MAINSTREAM MEDIA: Biden and the Biden Democrats pushed through their plan to handle the recession their extreme liberal policies created. Unfortunately, the Recession Extension Act will only worsen inflation and energy prices by raising taxes on hardworking families. 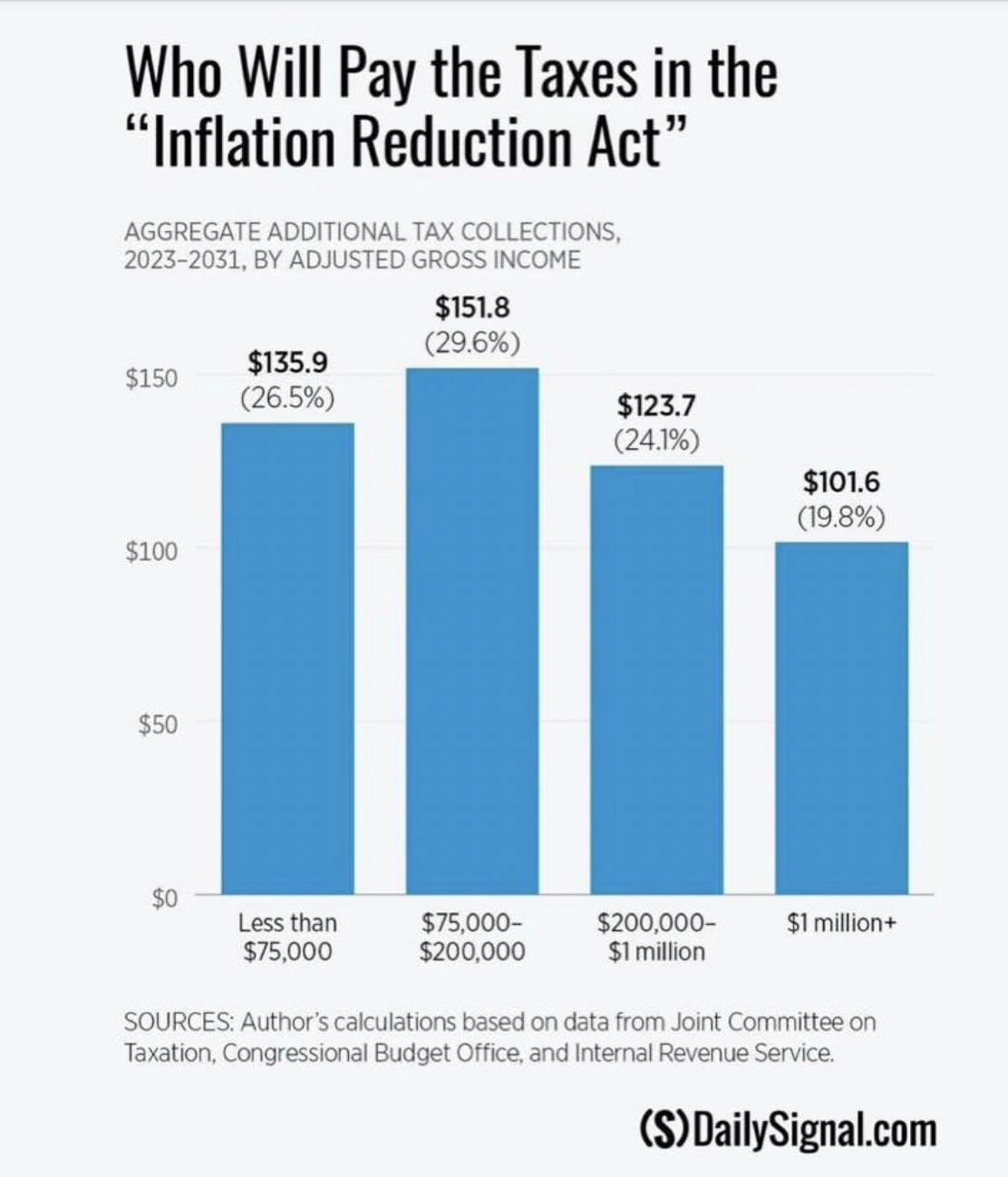 Biden and Democrats fulfill their dream of supersizing the IRS… 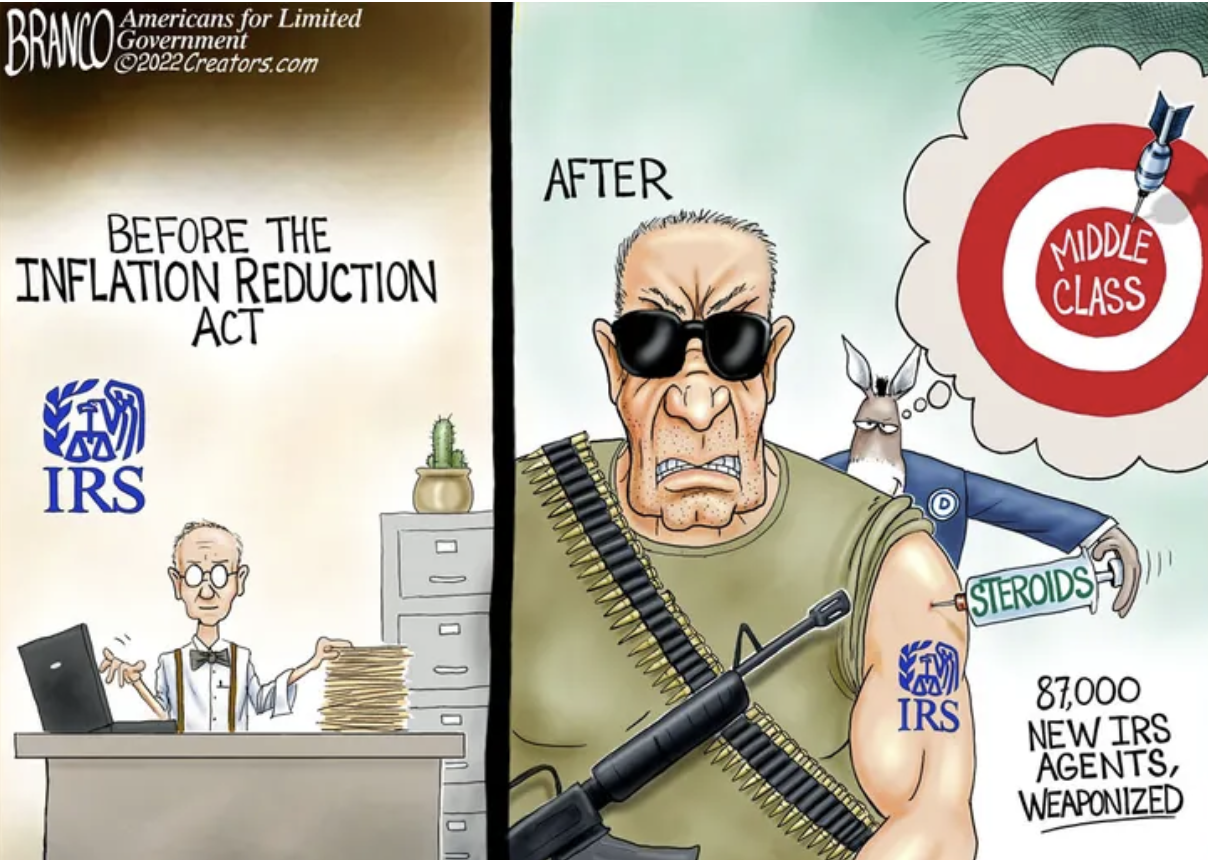 Check out the projections on the chart below. These are the estimated number of necessary audits by income level in order to achieve the $240 billion (over ten years) projection set. As you can see, 90% of the new audits will be on those earning less than 400k. This is who the new army of IRS agents will target. 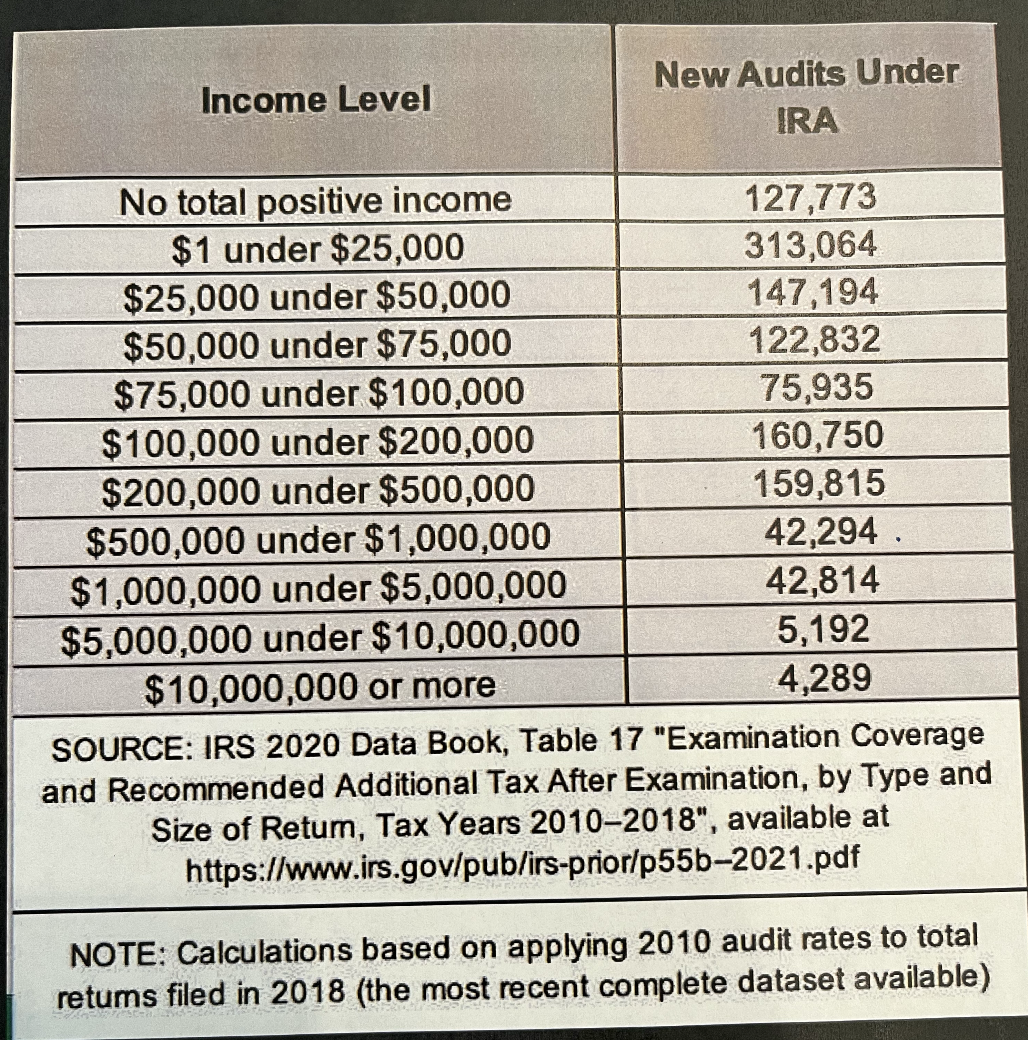 When confronted with the truth that these new IRS agents will disproportionally target those making $400,000 or less, Biden and the Biden Democrats do what they do best...they lied. They didn't change the projection after their ridiculous "promise" but they promised it anyway...disgraceful. I guess the only way to sell garbage is to make it out to be something it's not... sad, pathetic, unscrupulous!

With small businesses, families and seniors suffering from self-imposed, self-inflicted, and anti-energy policies of the Biden administration and Biden Democrats, their reaction was to raise taxes. But, there is a better way. Please read my opinion piece in The Hill by clicking here.

This November, the stakes couldn't be higher. We must elect Republicans up and down the ballot. Democrats' fundamental belief is that we can tax our way to prosperity and succeed by dramatically expanding the government's cost, size, and scope. Time and time again, history has proven that to be false.

On the other hand, Republicans represent the party that believes that small businesses, families and individuals should keep more of their hard-earned money by reducing taxes, and a government governs best when its powers and size are limited. If given the opportunity to lead this November, Republicans must put forward an agenda that reflects this basic philosophy. If we execute that plan and beat back the extreme liberal policies of the Biden administration, we can begin to put this country back on the right path. We have a lot of work to do, but I am confident we can and will Make American Great Again… Again!