Good evening and welcome to our Week End Update!

Before heading to D.C. this week, I attended the Lebanon County Fair on Monday evening and Tuesday morning. This is a great venue to showcase our strong agricultural industry and our hardworking farm families in the District. I conducted an interview with WHTM to discuss our efforts in Congress to fight for fair trade deals and how it has affected the agricultural industry. Click here to watch. I will be appearing on WHTM’s This Week with Dennis Owens next week. Stay tuned. 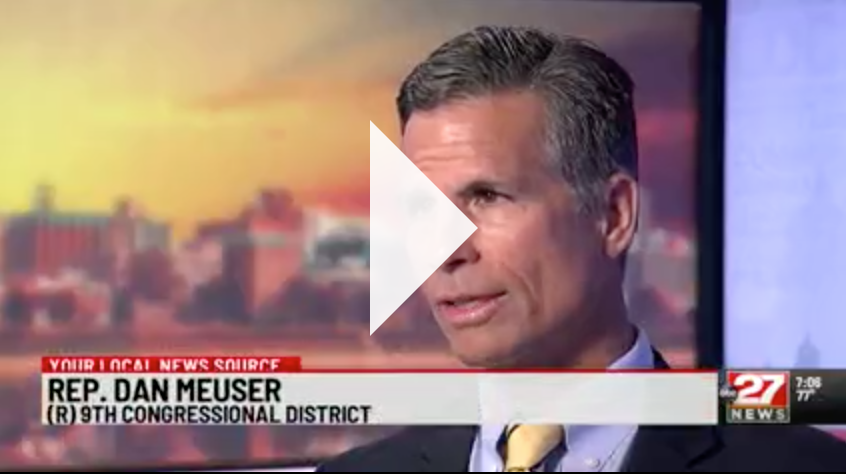 At the fair, it was nice to meet with so many of my Lebanon County friends, including County Commissioners Bob Phillips and Bill Ames, Lori-Jo Folmer and Steven Wolfe. On Tuesday, I joined Congressman G.T. Thompson, State Ag Republican Chair Mike Firestine and former Special Advisor to Governor Tom Corbett on Agriculture Boots Hetherington at the fair. Pictured below with Congressman GT Thompson, Mike Firestine and Lebanon Lilly, each with a delicious milkshake from the fair. 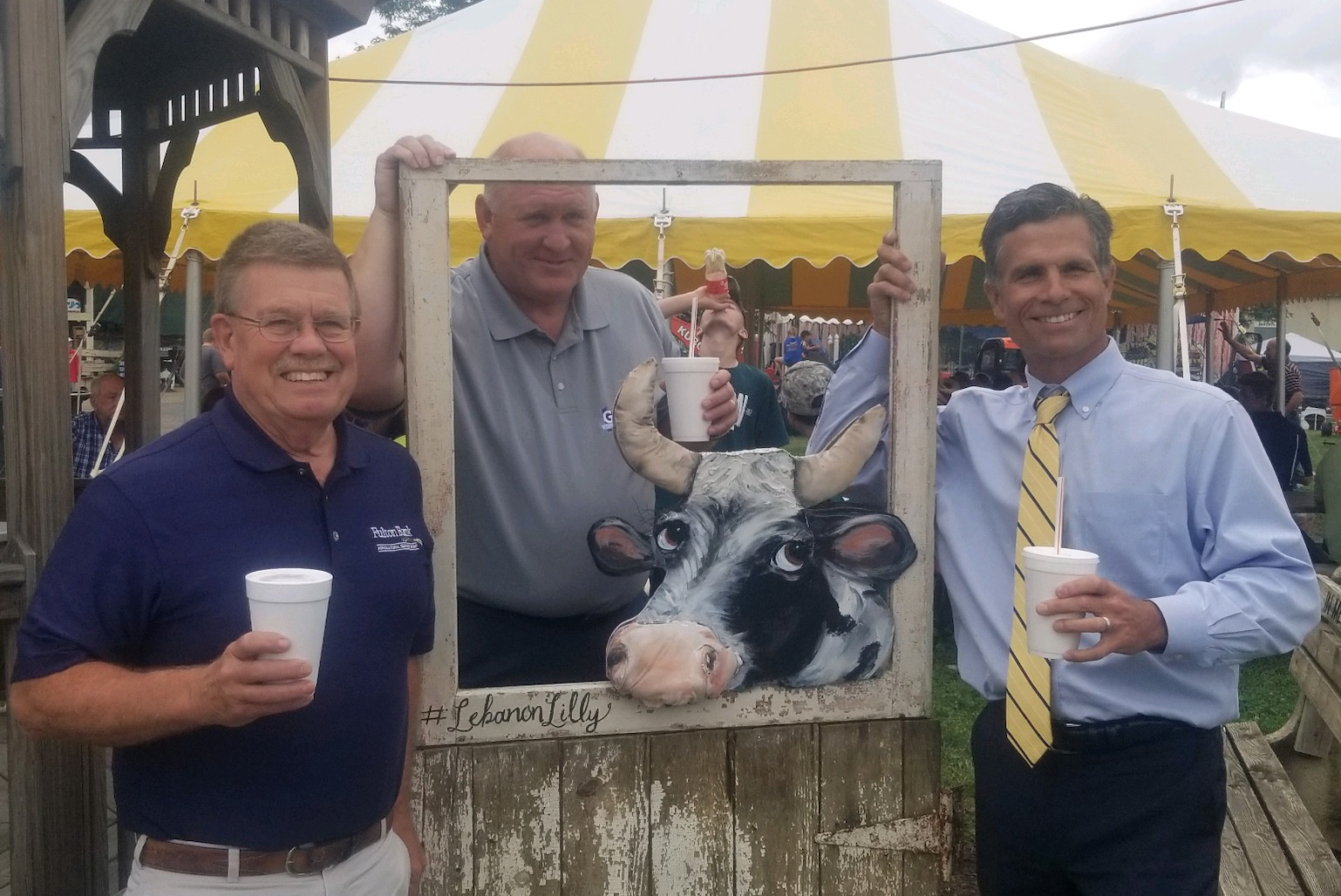 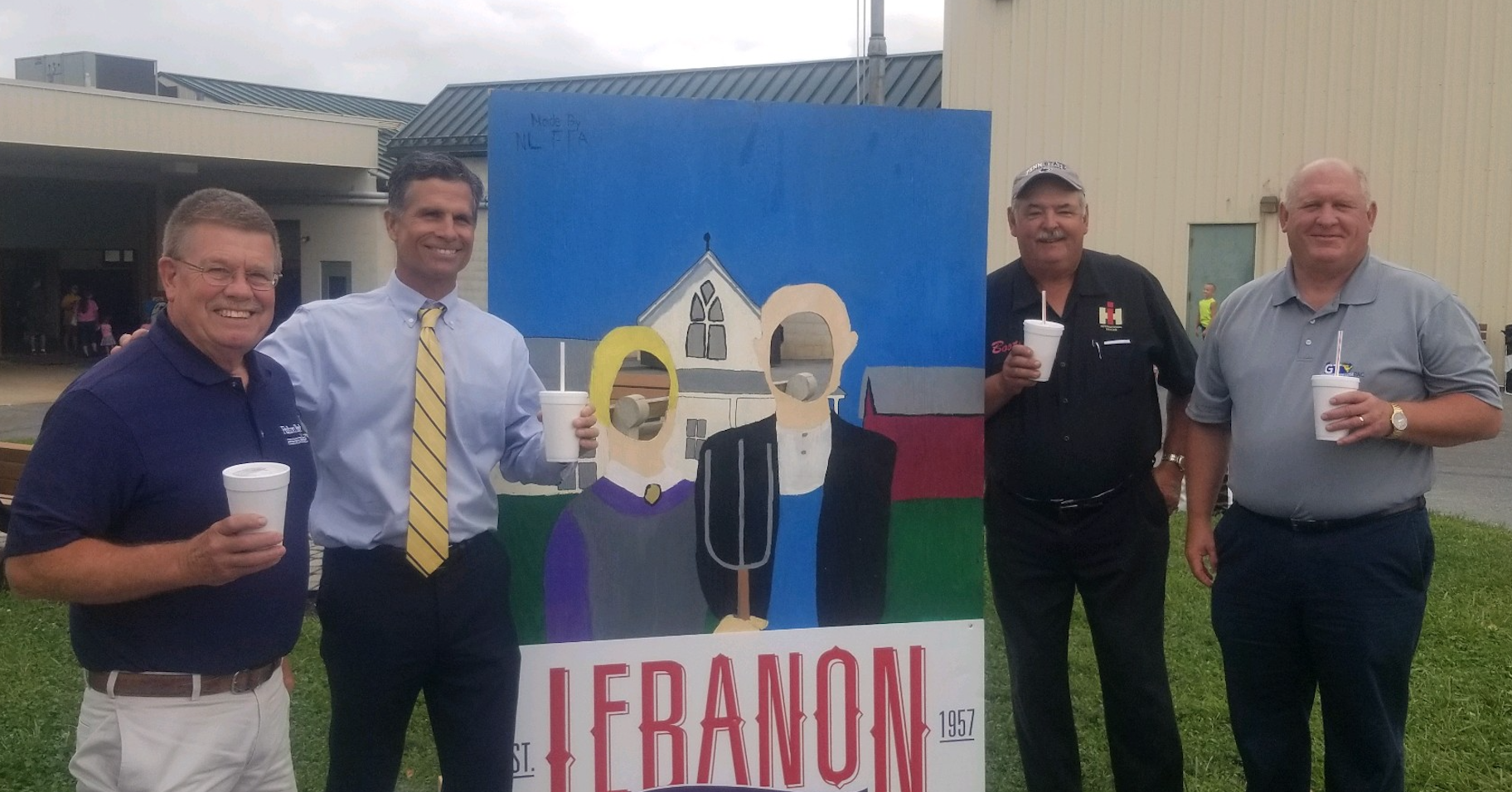 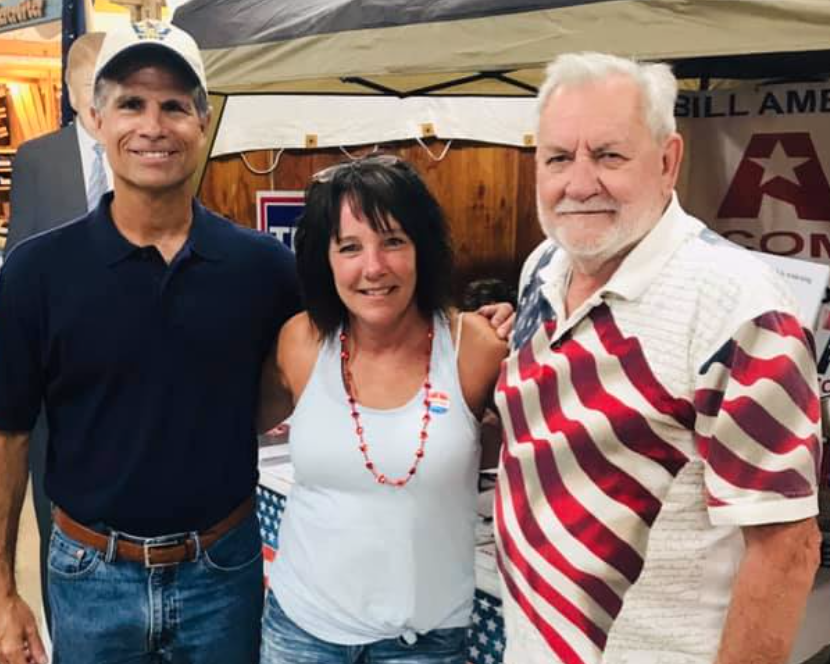 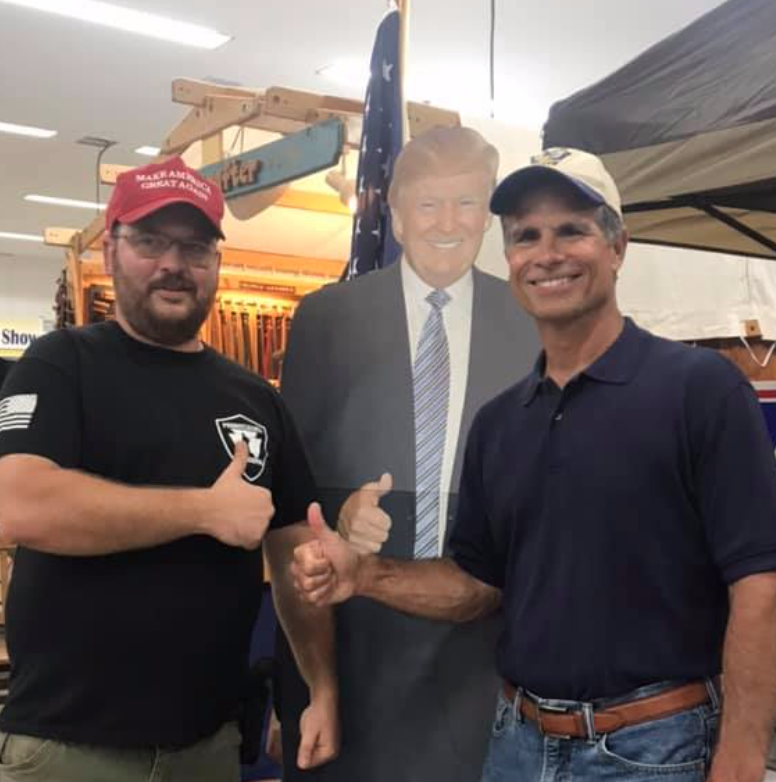 On Tuesday morning, I appeared on Fox Business’ Mornings with Maria to discuss the budget deal and efforts to secure our border. Click below to watch my appearance. 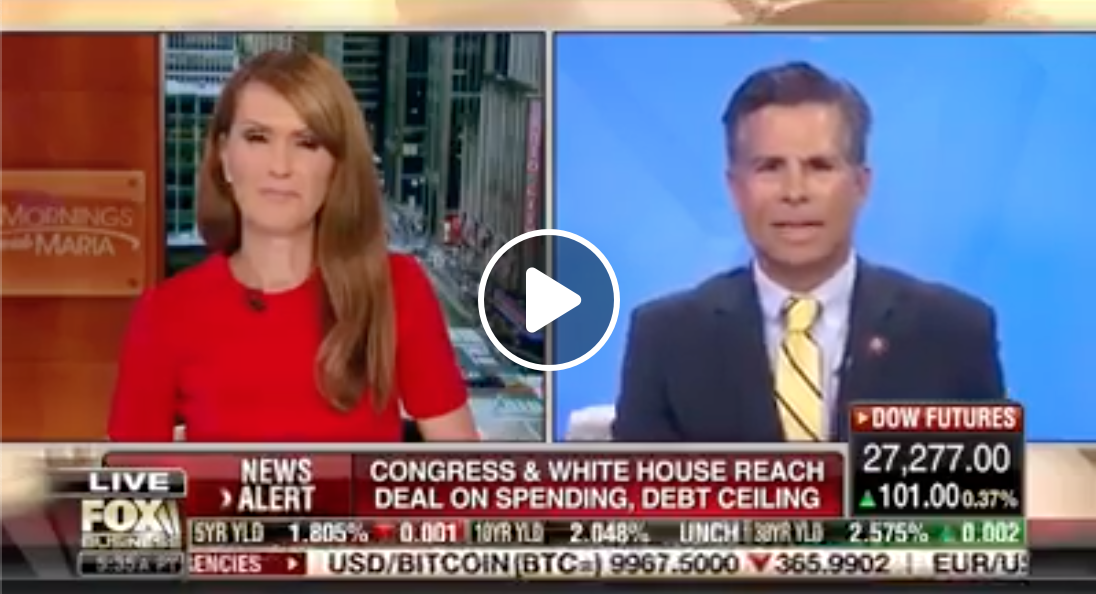 With regard to the budget bill, I had serious reservations about this bill, but during a deep-dive review and call with the President of the United States, he pointed out that this bill includes the following provisions:

This bill, which suspends the debt ceiling through July 2021, allows the Treasury Department to meet financial obligations agreed to in previous years – commitments made before I came to Congress. As a Balanced Budget Amendment supporter, I look forward to putting our fiscal house in order by cutting these spending obligations in the future.

I do fully support the need to invest in our military and to increase border security, both of which are accomplished by the BBA. Of the $49 billion in new funding included in this bill, $31 billion goes specifically to veterans and defense.

Further, the bill contains various pro-life policy provisions including the Hyde Amendment, which guarantees that federal taxpayer funds cannot be used to pay for abortions.

While the bill does include $77 billion in offsetting measures, there are not as many as I would like. However, after a discussion with the President, with the House being in Democrat hands, it is believed that this is the best deal we can get at this time. I am committed to being part of a Congress that gets serious about cutting spending, both discretionary and non-discretionary, and I fully believe the President is committed to this as well. For these reasons, I joined President Trump in his support for the BBA. Today, I appeared on C-SPAN's Washington Journal to discuss the BBA. Click below to watch my appearance.

This week, I had the distinct honor of joining Sergeant Major of the Army Daniel Dailey, a native of Palmerton, active duty officers, soldiers, Congressional Army fellows and staff for a run on Thursday morning. Sergeant Major Dailey is the highest ranking non-commissioned officer in the Army and the Pentagon Spokesman. See below for some great pictures from our run. 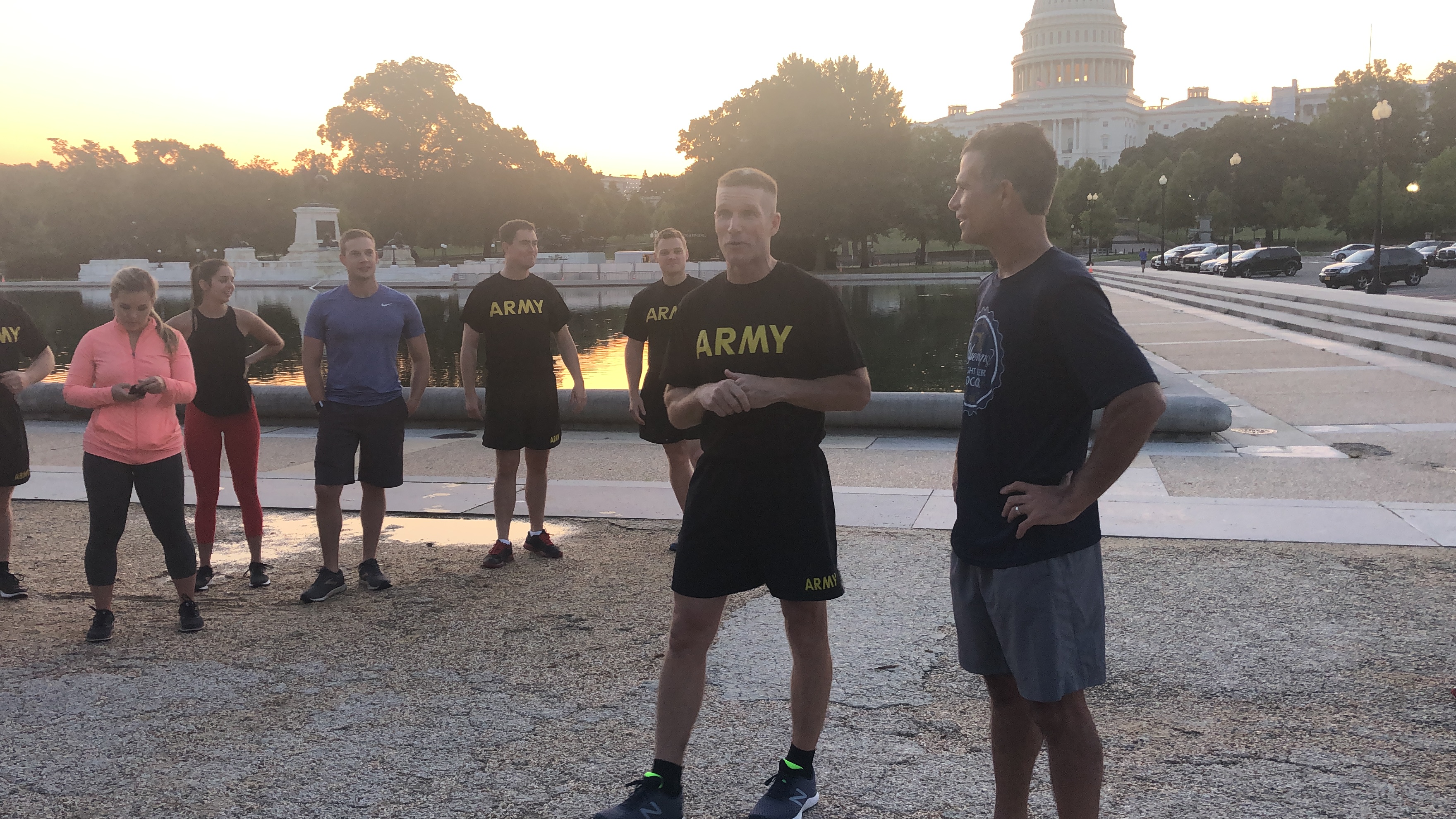 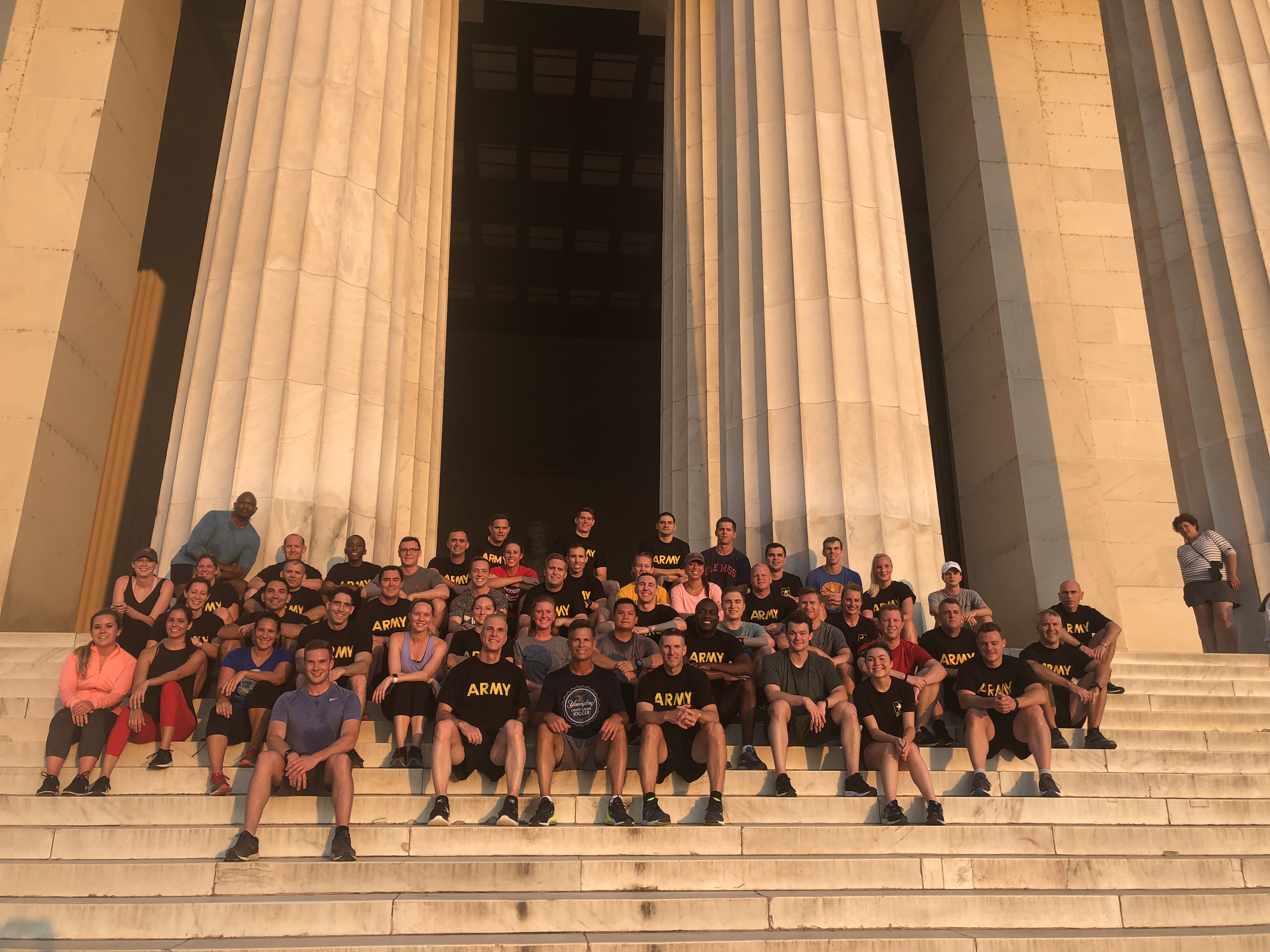 On Thursday, an op-ed I penned, "Creating opportunity for all," was published in The Hill. My piece discusses my support for ensuring that we work to energize areas of the 9th Congressional District designated as Opportunity Zones. We have 10 Opportunity Zones in our District, including areas in Columbia, Lebanon, Luzerne, Montour, Northumberland and Schuylkill Counties. These areas offer tax benefits that encourage private sector growth and job creation. I am working with the Administration, local elected officials and private industry to make certain we take full advantage of these opportunities.

IN NEWS YOU WON'T HEAR IN THE MAINSTREAM MEDIA: In Washington, D.C., and around the world, the news on Wednesday focused solely on the Robert Mueller’s testimony on Capitol Hill. Despite Robert Mueller's shaky performance and the fact it didn't appear he knew the most basic facts about the report he supposedly authored, the liberal media and many of the Democratic pundits are still desperately attempting to invent a story to justify their years of baseless attacks against President Trump.

The hearings proved once and for all that our country wasted nearly two years and $25 million for a Report that confirmed what we already knew. This was truly an investigation in search of a crime. There was:

NO COLLUSION
NO OBSTRUCTION

President Donald Trump has been the subject of this witch hunt for two and half years and it is time that the Democrats move on from this political theater for the sake of our nation.

I think the New York Post summed it up best in their Op-Ed, The Mueller hearings were a waste of everyone’s time. Our nation would be much better served if we moved forward and actually started to work with President Trump on policies that put America First.

Have a great weekend and I will see you soon,