This week, I joined Newsmax’s National Report to discuss a recent New York Times poll showing that most Democrats don't want President Joe Biden to seek reelection. These poor numbers reflect that his policies are failing Americans, particularly those Democrats claim to be helping.

Americans are reminded of Biden’s failures every time they stop at the grocery store or put gas in their tank. Inflation is out of control and is hurting everyone, particularly Americans with low incomes.

And it gets worse… We've got an open border. Fentanyl is running rampant throughout our country. Americans, Democrats and Republicans are pessimistic about the future. Our consumers have the highest level of pessimism since Jimmy Carter was in office, and it looks clear that a recession is coming upon us.

Another issue I addressed was the infiltration of “woke” policies into our military. These crazy liberal policies have resulted in recruitment issues for our military. Some 60,000 members of the military, particularly reservists, are no longer allowed to participate in military duties because they refuse to get COVID-19 vaccinations.

The U.S. military will not grant any exclusions for religion. Even the Israeli military allows for vaccine exceptions if you have immunities. If you've had the virus, then you have the immunities. We're taking a dangerous tone here, and many Republicans and I believe the National Guard need to take a closer look at this. Click here or below to watch my interview. 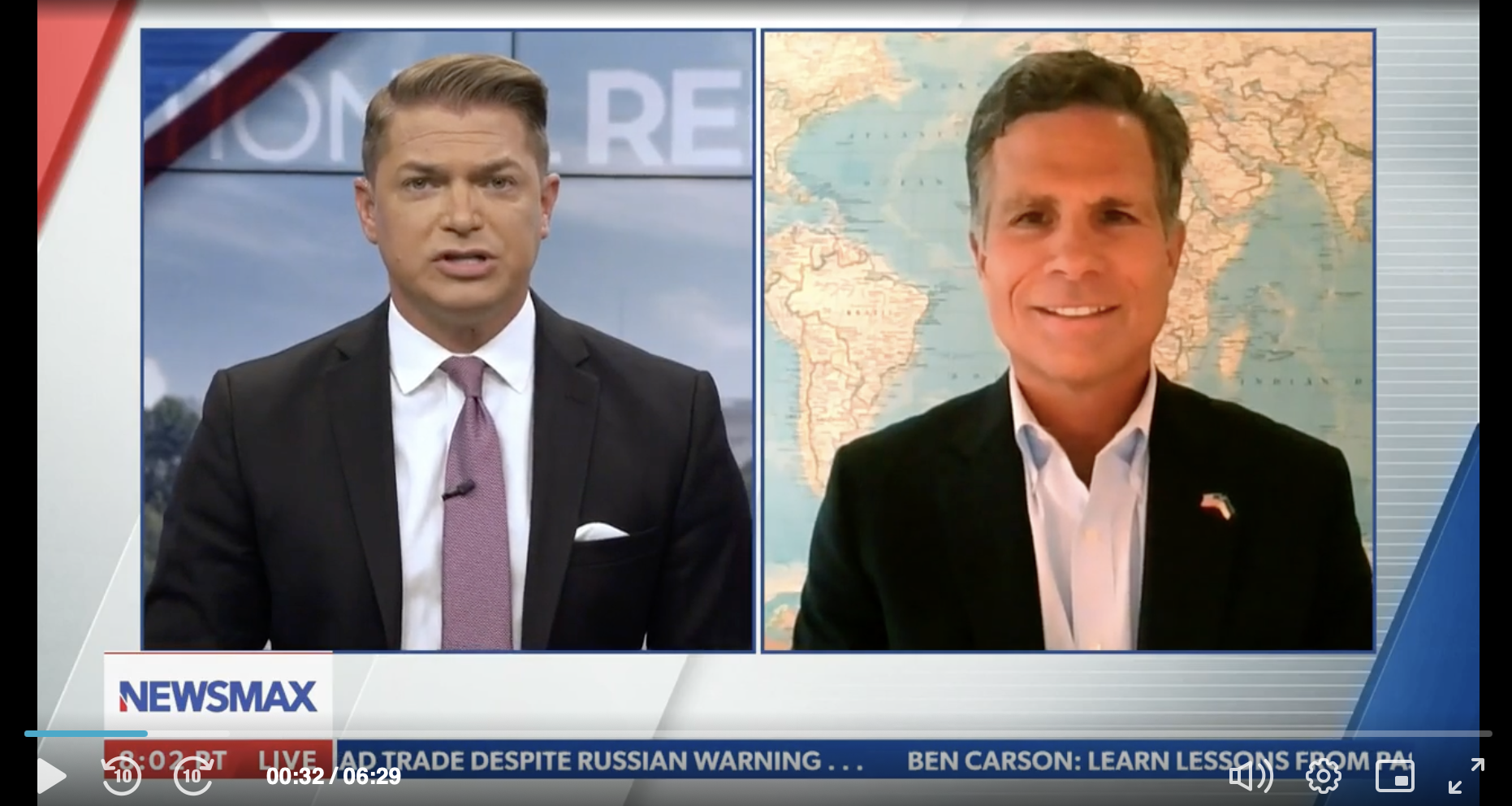 IN NEWS YOU WON’T HEAR IN THE MAINSTREAM MEDIA: Out-of-control inflation and high energy prices are crushing American families. According to nearly every recent poll, most Americans blame the Biden administration. But unfortunately, rather than take responsibility, Joe Biden and his administration continue to blame everyone else. 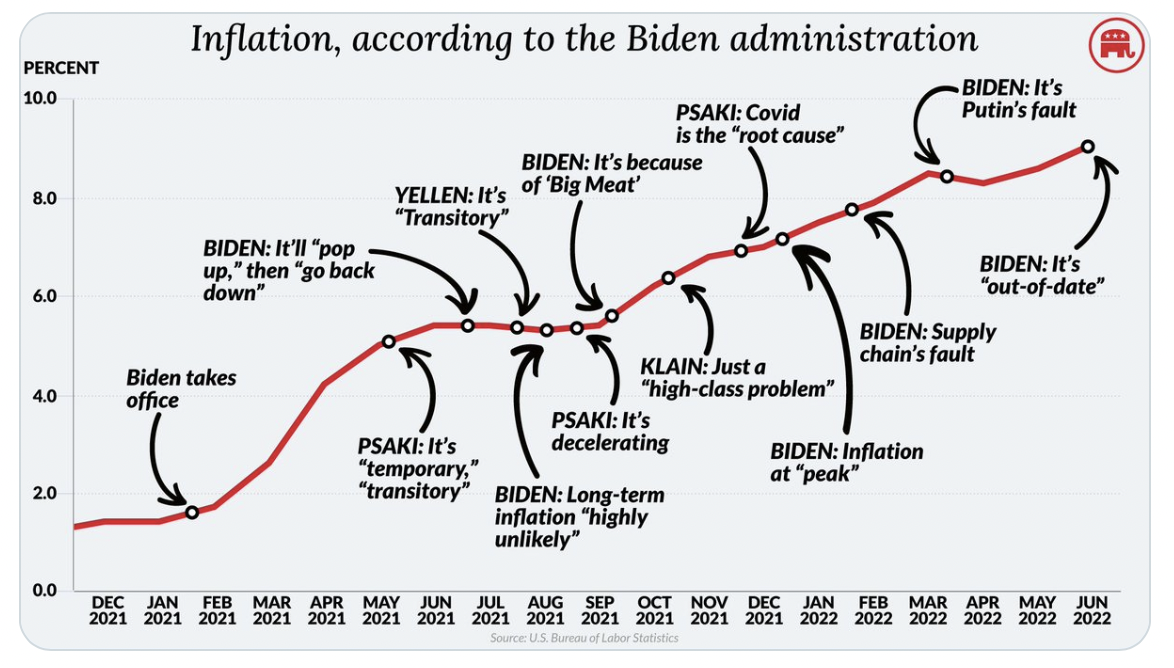 Each week is a new excuse. Here are some examples:

I also joined C-SPAN's Washington Journal to discuss Biden's overseas trip, the economy and its impact on small businesses and a host of other topics. Click here or below to watch. 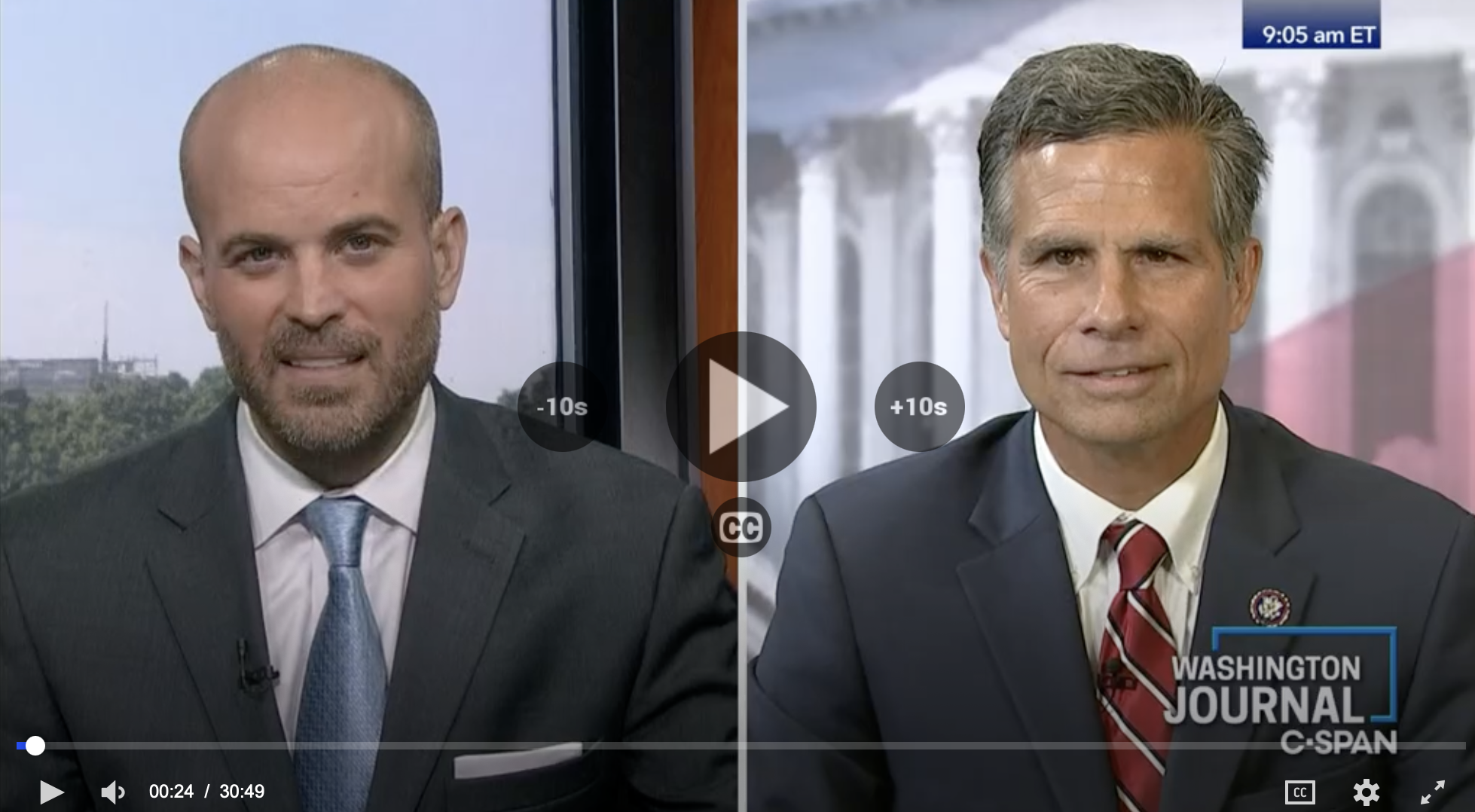 This week, I met with Children's Hospital of Philadelphia (CHOP) representatives to discuss the nationwide mental health crisis plaguing Pennsylvania’s youth. In addition, we discussed the current state of the problem and legislative solutions that would positively impact young people. From left are Joann Duffy, MSW, LSW, director of social work, CHOP; Sarah Guerrieri, manager of federal affairs, CHOP; and Oliver Spurgeon, outside counsel, ArentFox Schiff. 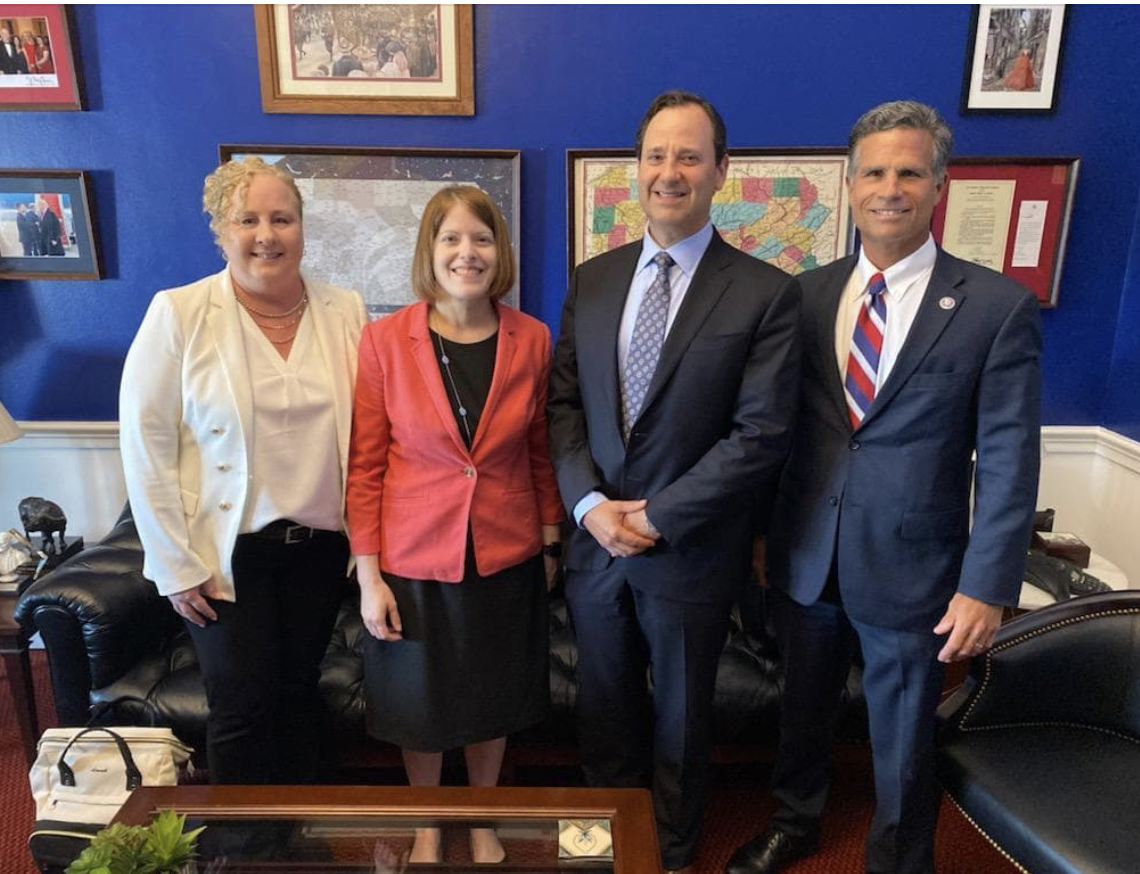 I want to highlight a few events I missed in our update last week. I attended the Schuylkill Chamber of Commerce golf outing on Friday, July 8th, which was a huge success, with great weather! What an excellent community partnership. (Pictured below with Ettore DiCasimirro and State House candidate Jamie Barton) 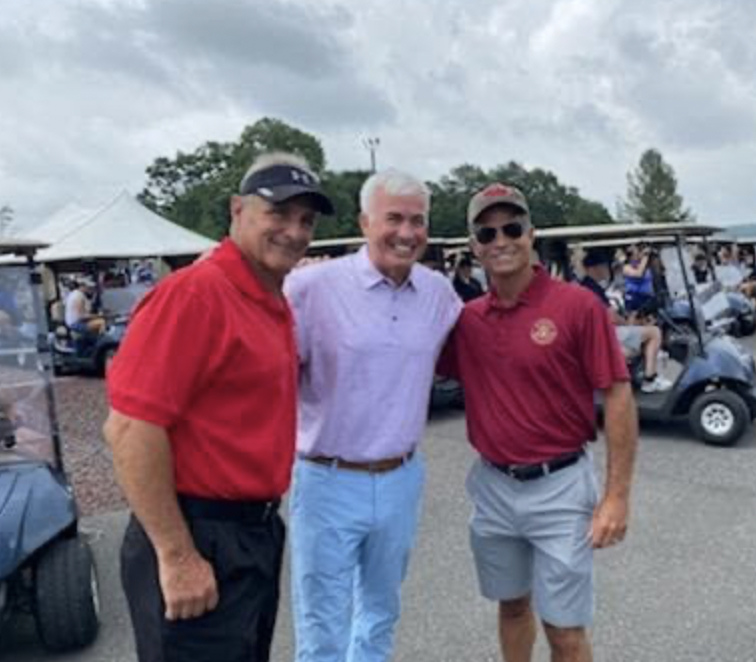 Last Sunday, I attended the annual Rally at the Rock hosted by Bradford County Commissioner Doug McLinko. It was great to see so many familiar faces and strong Republicans. We spent time with elected officials, a wide array of GOP candidates, and those running for statewide office, congress, state senate and state representative. We also got to meet our GOP grassroots leaders. (Pictured below with my friends from Columbia County. The second picture is with our new Montour County Chair, David Ackley.) 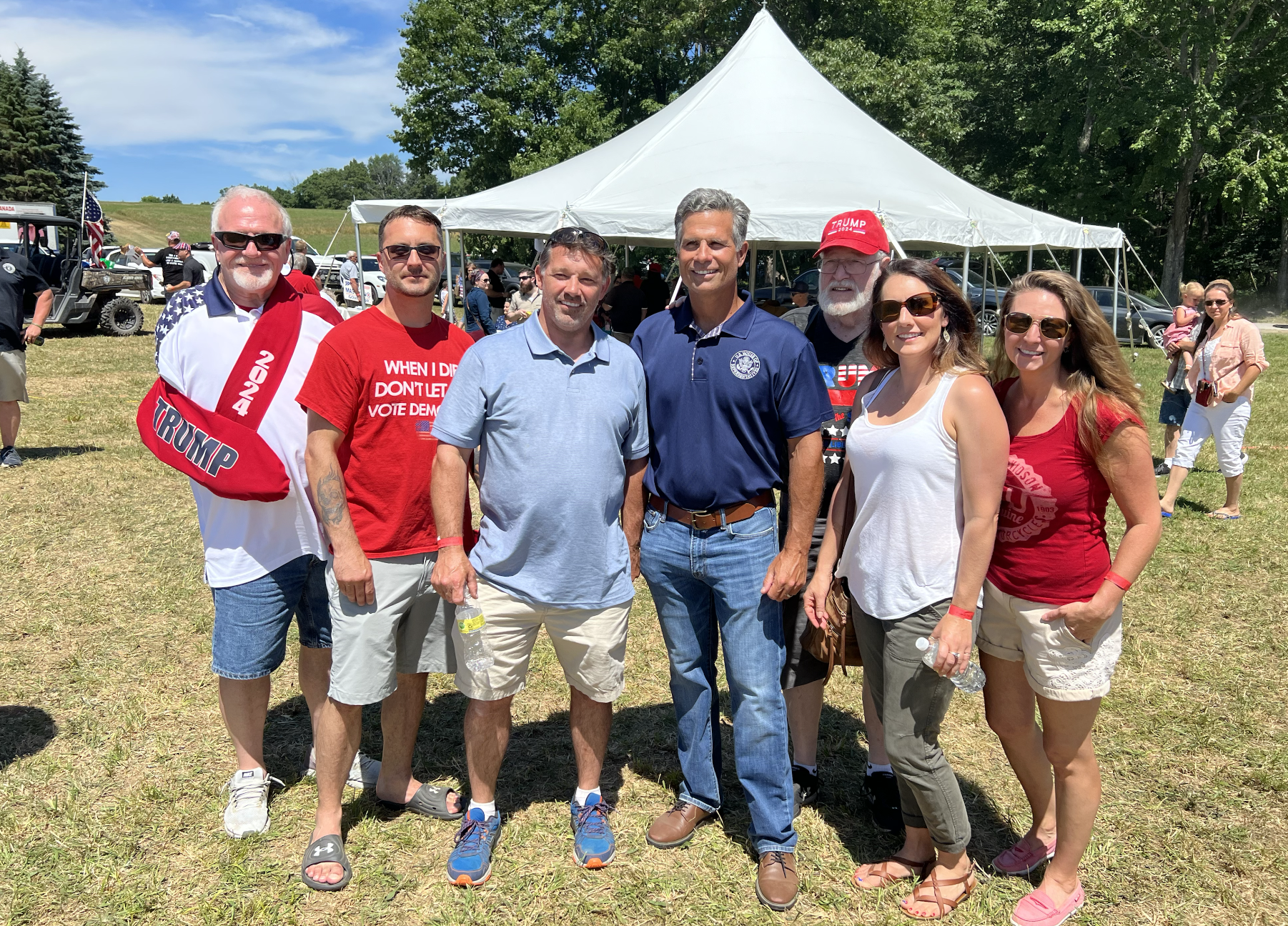 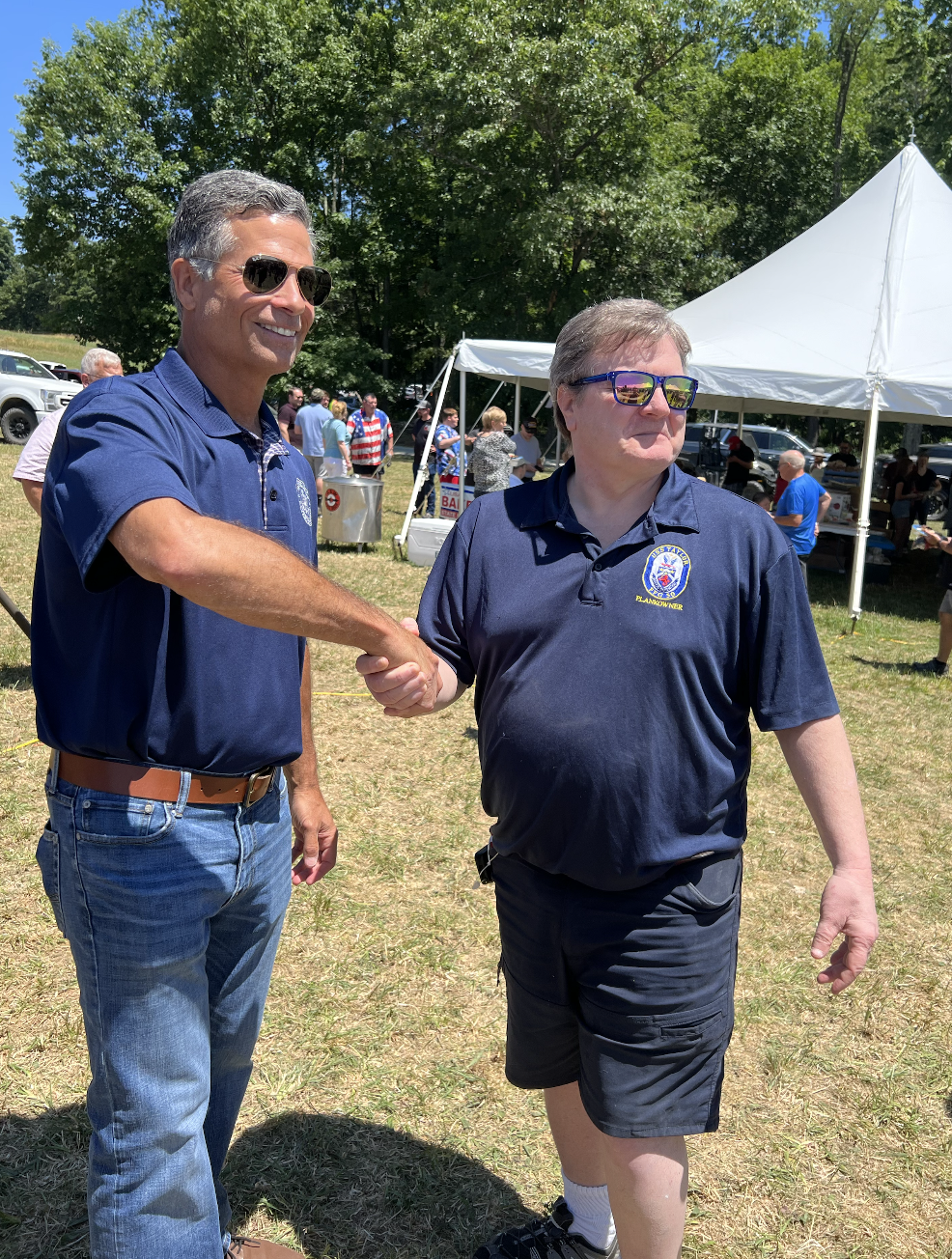 Later that evening, I joined State Senator Lisa Baker and State Rep. Karen Boback at the Back Mountain Library Auction. 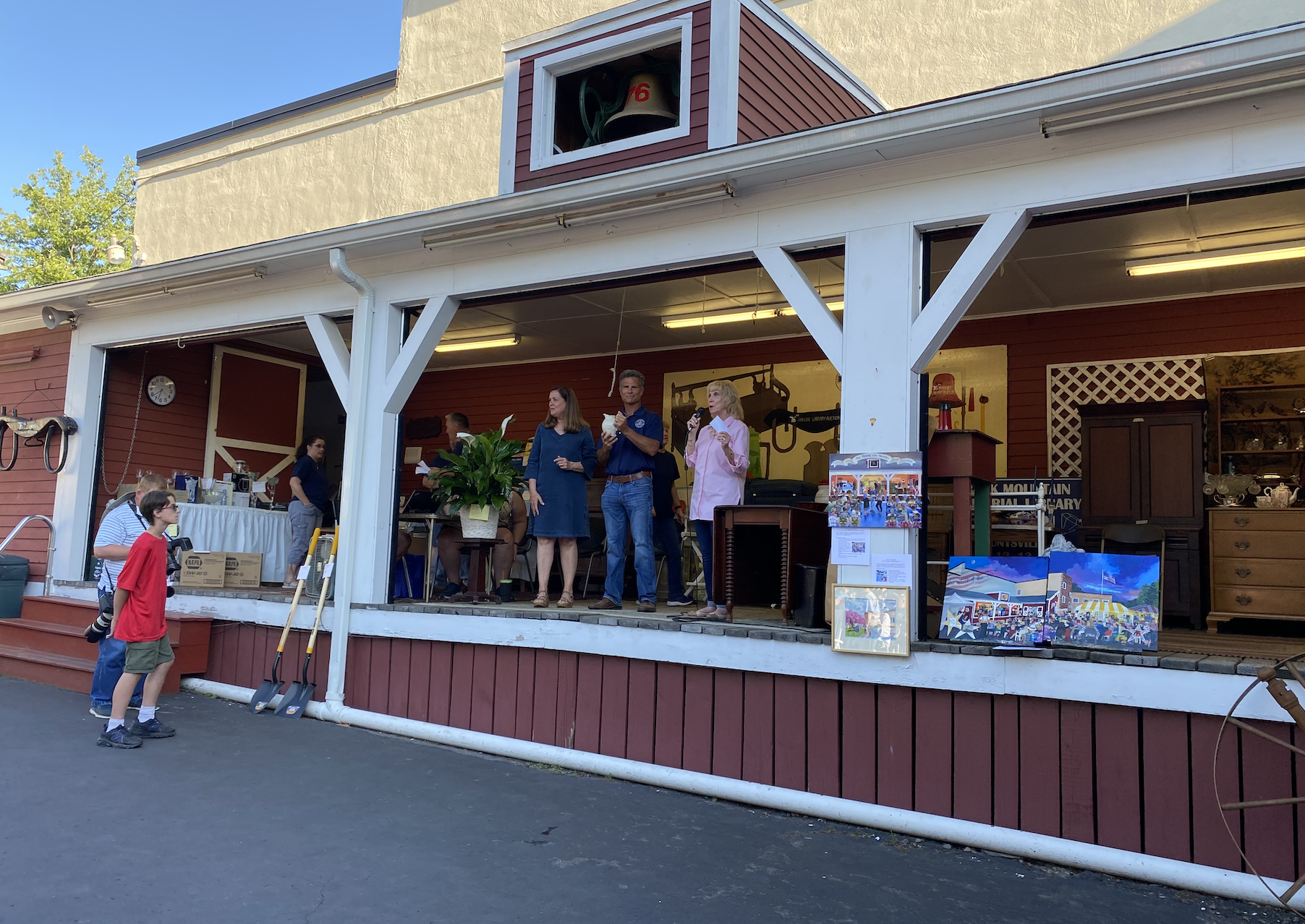 It was a pleasure to welcome our good friend Republican Whip Steve Scalise back to Pennsylvania on Monday. He traveled around northeastern PA to support our congressional candidates, Jim Bognet (PA-08) and Lisa Scheller (PA-07). We must take back the majority in the U.S. House this midterm and put strong republicans like Jim and Lisa in office. (Pictured below with Congressman Scalise, our friend Leo Vergnetti, congressional candidate Lisa Scheller, and State Rep. Doyle Heffley. The second picture is with Congressman Scalise and Jim Bognet.) 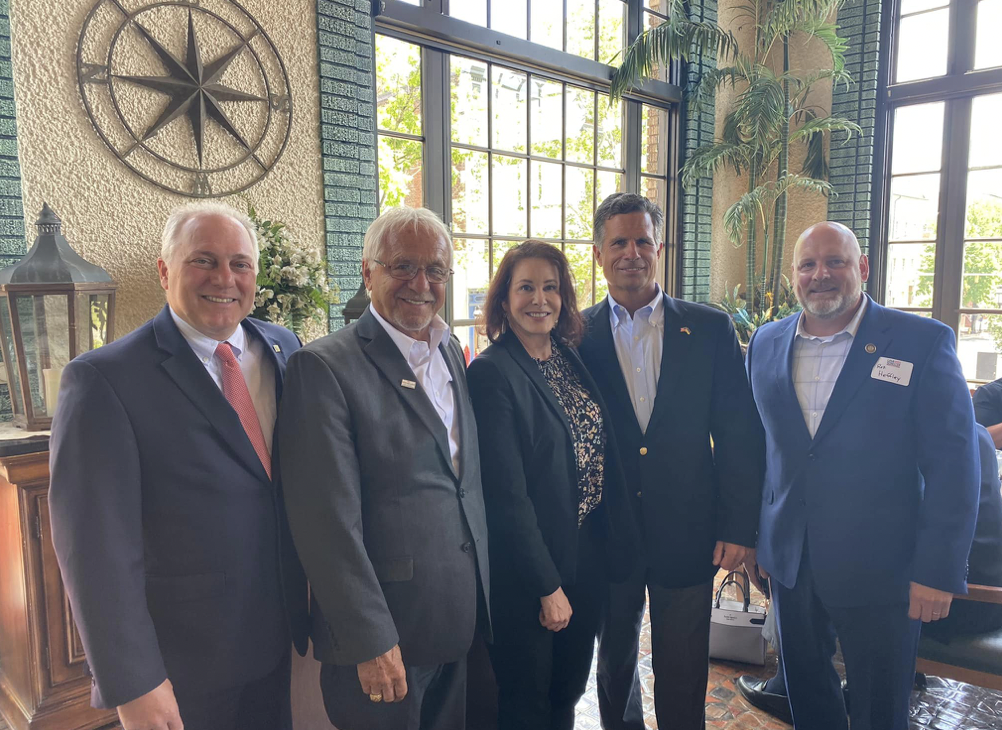 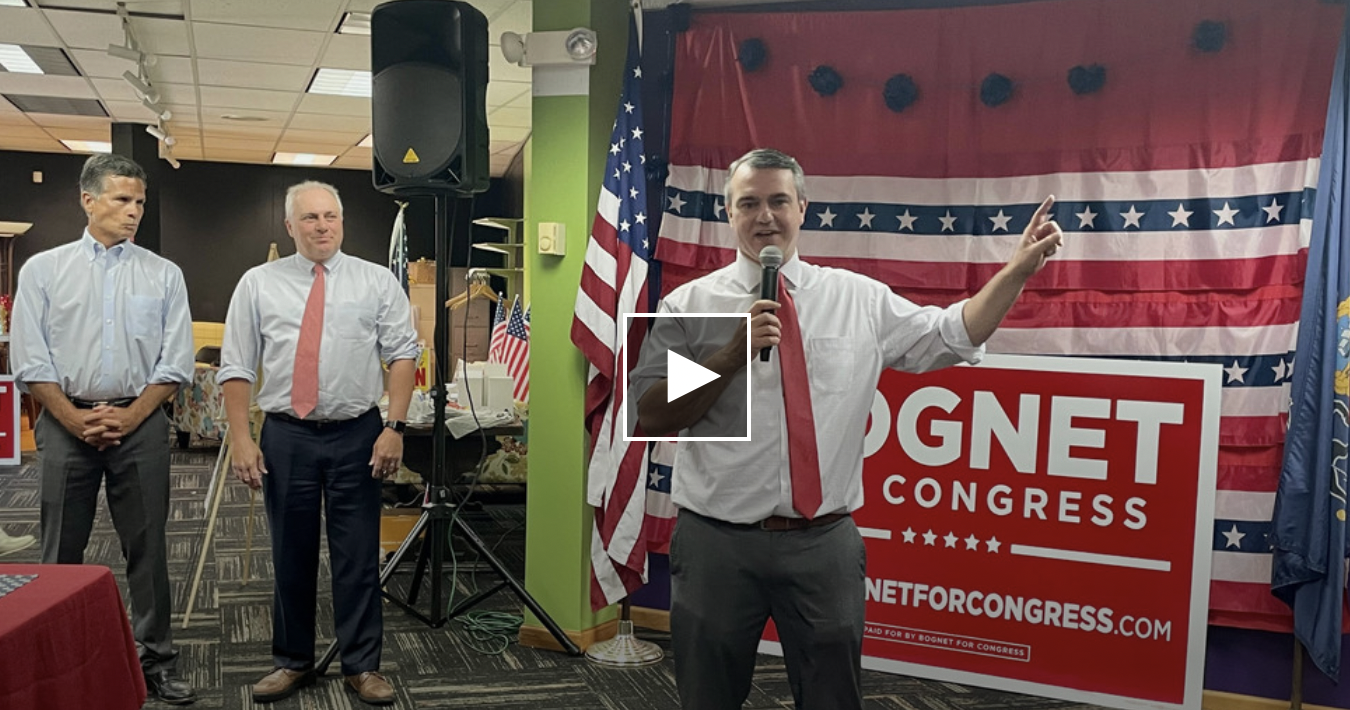 Later that evening, I attended a fundraiser for Alec Ryncavage in Wilkes Barre. Alec is the Republican nominee for the 119th district. 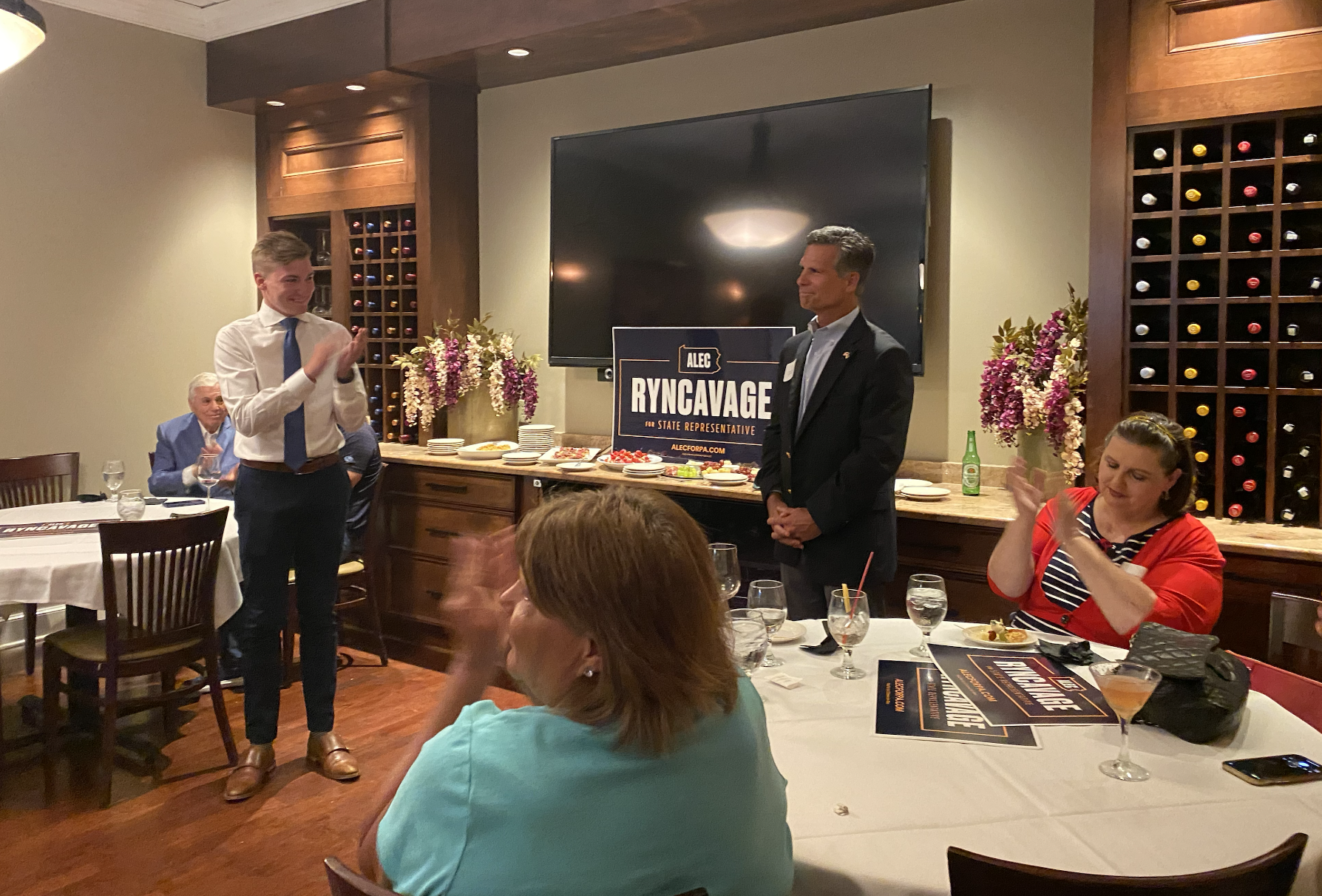 There is a lot at stake in November. In fact, last Sunday, on our way home, I stopped to purchase a lemonade at a young man's stand. (Pictured below.) 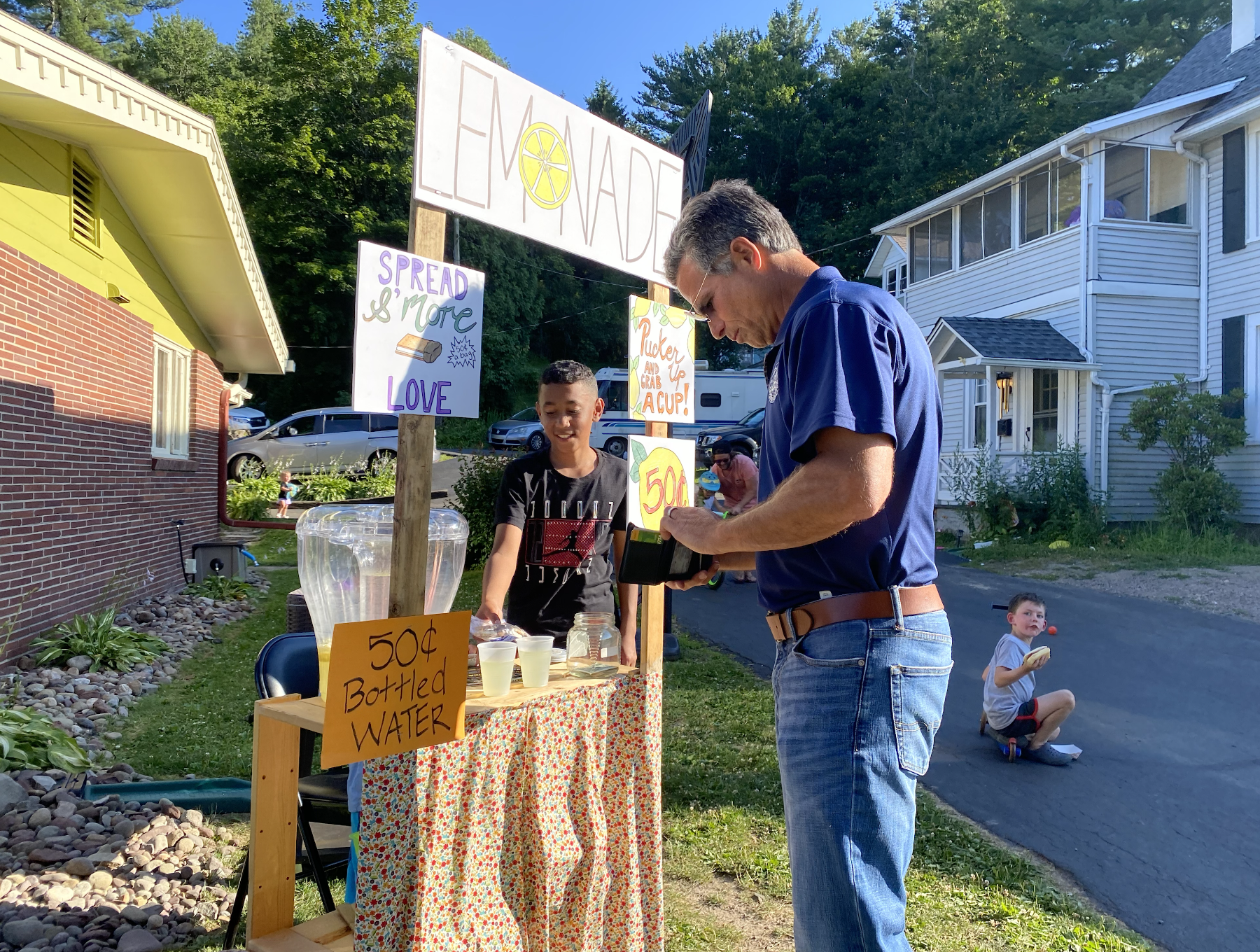 This picture sums up what our fight is about. We are fighting to preserve the American Dream so that others, including our children, can start their own small businesses, raise their families, and live free in safe communities. The extreme liberal agenda is failing.

Republicans must win in November so we can put this country and commonwealth back on the right track. One of the most important things we can do is to win back control of the U.S. House begins in Pennsylvania by re-electing our Republican members of Congress and flipping some critical seats from Democrat to Republican in the Keystone State. We must continue to work hard, stay united and get our country back. So vote Red in November and tell your friends, family, and neighbors to do the same.