Visiting Pennsylvania this week, Biden called the fight for voting rights the biggest test of our democracy since the Civil War. Really? Because legislators want to implement commonsense voting reforms like requiring voters to show proof of their identity before casting their ballot and ensuring signatures match on mail-in ballots. The drama surrounding election reforms was inflamed when 60 Texas State House members boarded a private plane to Washington, D.C., to avoid voting on an election reform bill that includes an end to drive-thru voting for able-bodied citizens. The bill also EXPANDS the hours in the day for early voting in every county in Texas. This is a bill that the Biden Administration called this bill "un-American" and part of a "21st-century Jim Crow assault." The cartoon below sums it up. 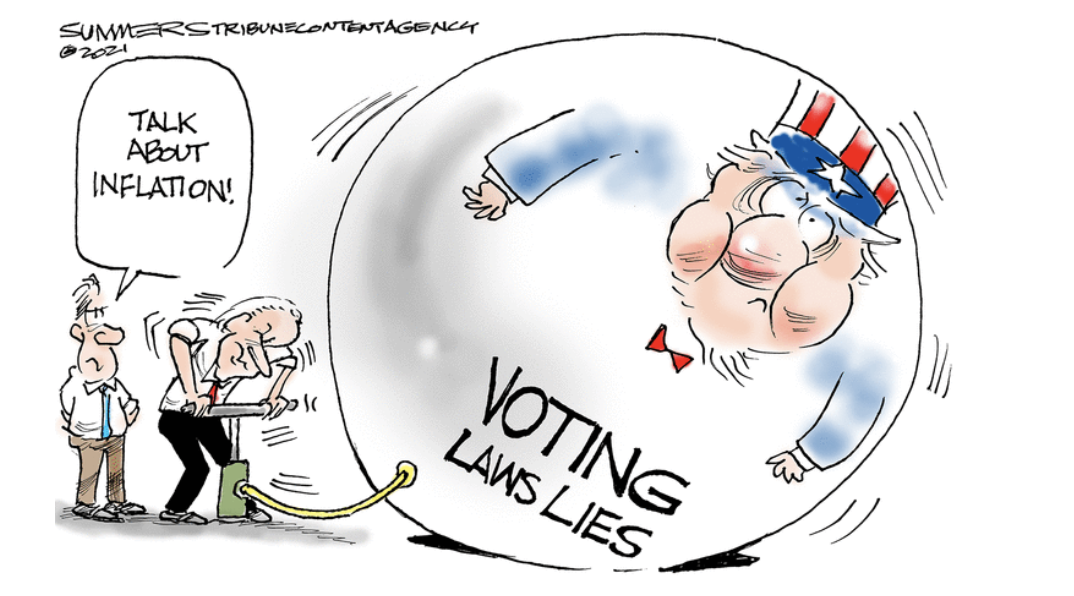 I again renewed calls for the Biden Administration and extreme liberals in Congress to get out of the way and pass the commonsense transportation and infrastructure bill that has been negotiated. The American people must know that far-left Democrats are holding a vital transportation and infrastructure bill hostage with an outrageous government expansion, part of their agenda to grow government and people’s dependence on it. I would encourage you to read my op-ed in the Washington Examiner by clicking here.

I joined Newsmax to discuss this important issue. Click here or below to watch my interview. 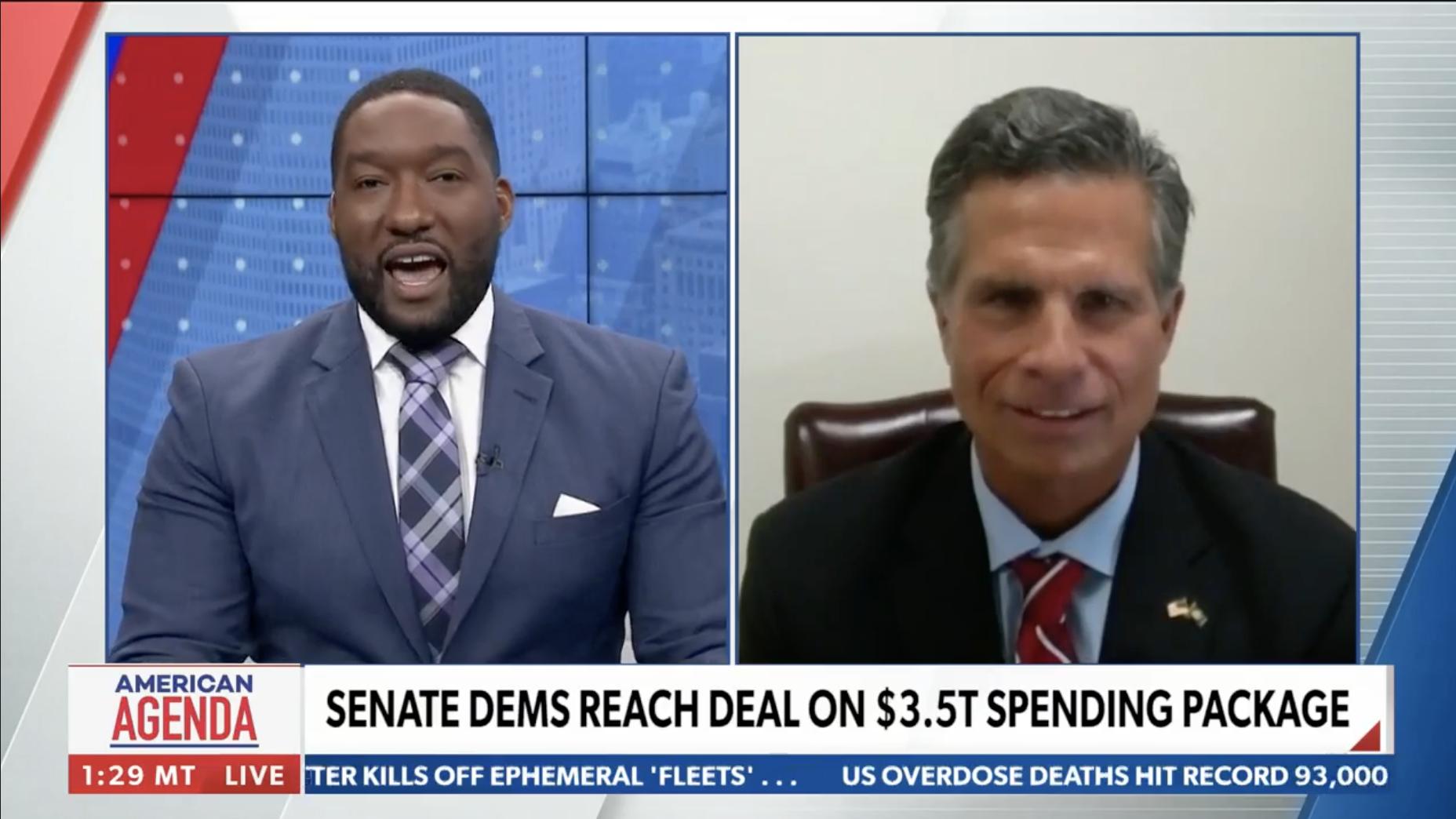 This week I attended events across the 9th Congressional District. We stopped by the Schuylkill-Carbon Fraternal Order of Police’s annual golf outing at Hidden Valley Golf Club. As the son of a police officer, I understand the tremendous sacrifice these brave men and women make every day to keep our families and communities safe. Unfortunately, some on the left have adopted the policy of defunding the police. With crime increasing across our major cities where these policies have been implemented, we are witnessing firsthand the foolishness of that policy position. As President Ronald Reagan once said, "Evil is powerless if the good are unafraid." We need to support our police officers to continue to perform their jobs at the highest levels. I was proud to support this event, and I will always stand with our law enforcement officers. 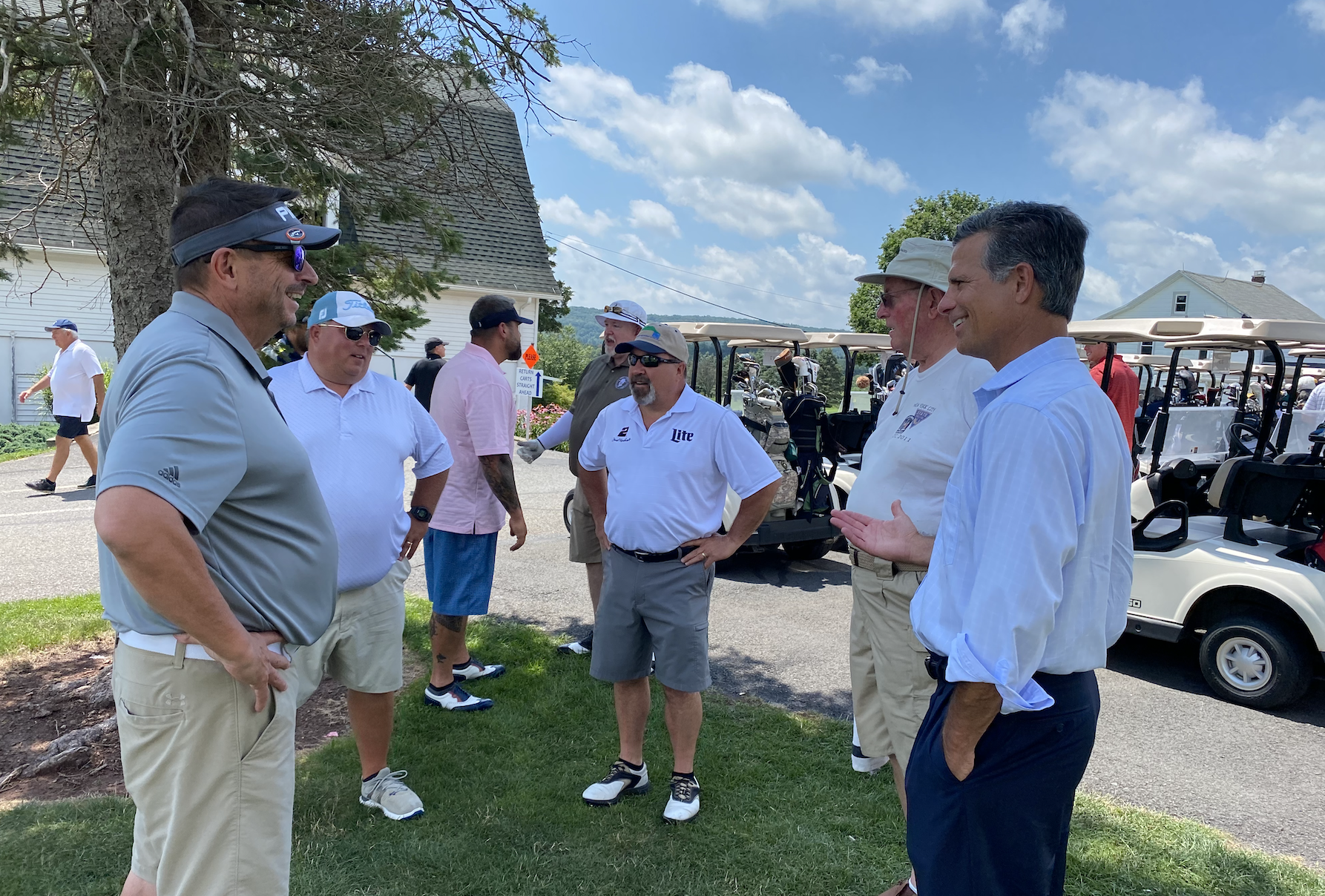 Later, I joined State Senator Chris Gebhard at the Lebanon County VA for a briefing and tour. Our District is fortunate to have one of the finest veterans’ hospitals in the nation in Lebanon County. We heard updates from their executive director, Robert W Callahan Jr. and took a tour of their main facilities. We had a good conversation about the resources needed to ensure the health of the veterans they serve. (Pictured below with State Senator Chris Gebhard, Bob Callahan, Lebanon VA Executive Director, and Dr. Jaconda Lightburn, Lebanon VA Associate Director) 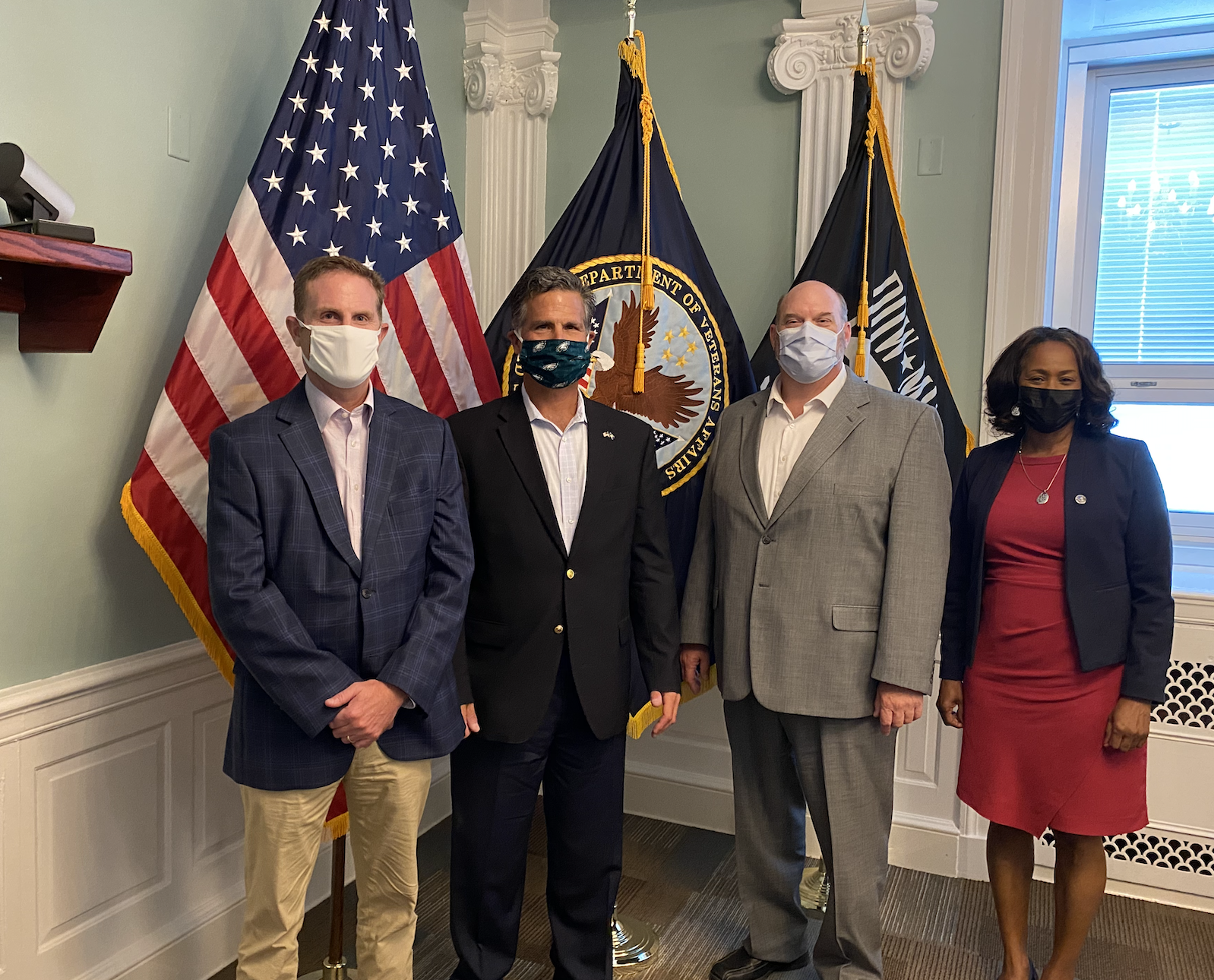 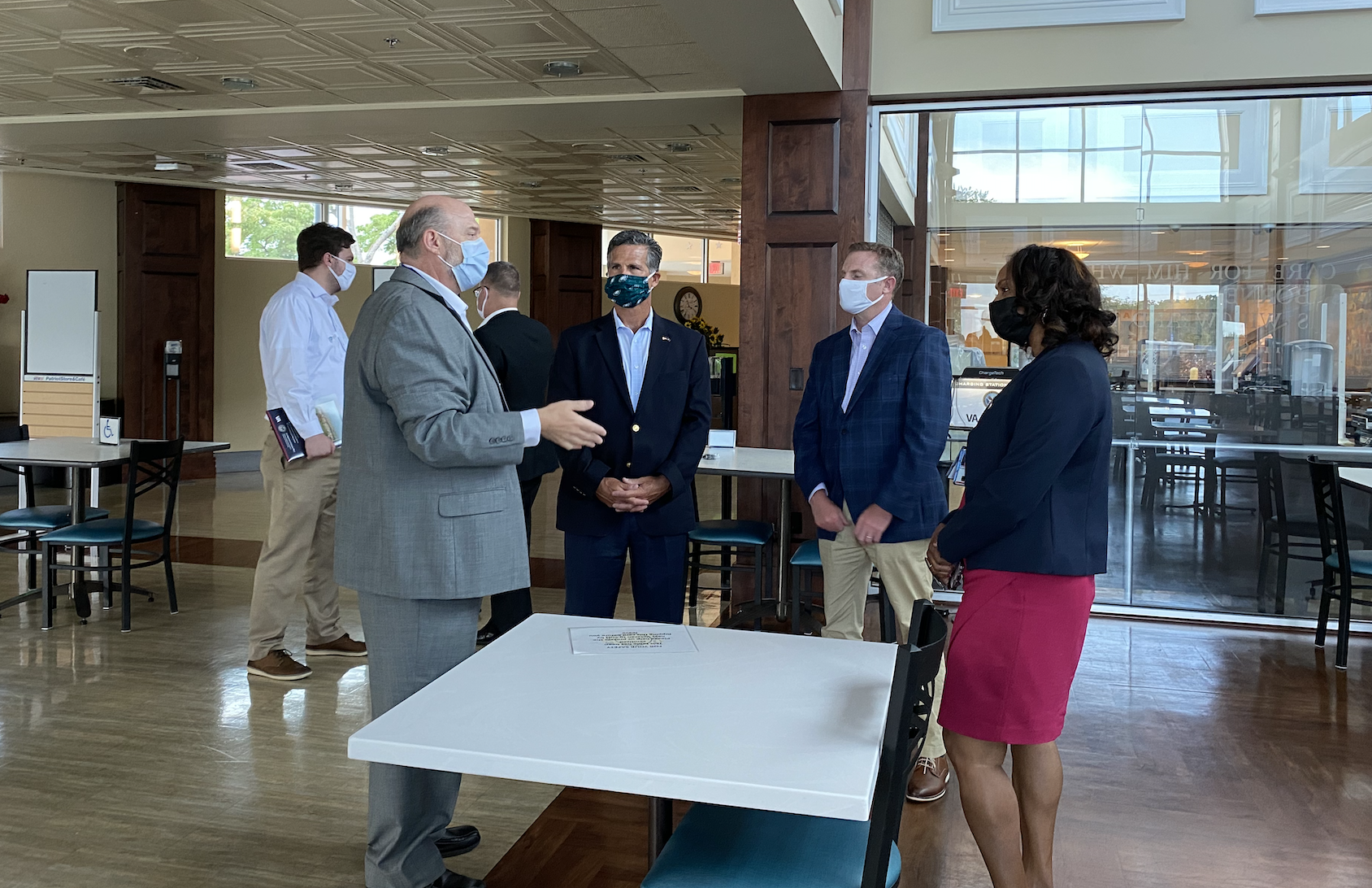 We joined the Berwick Industrial Development Association’s (B.I.D.A.) board meeting and annual dinner. B.I.D.A. is committed to improving the economy of the region through marketing and managing its industrial assets, the retention, expansion and recruitment of business and industry, and contributing to community revitalization efforts. I spoke about the importance of workforce development and encouraging workers to pursue opportunities in the trades. We were joined by State Rep. David Millard works tirelessly for his constituents. (Pictured below with the board and State Rep. David Millard) 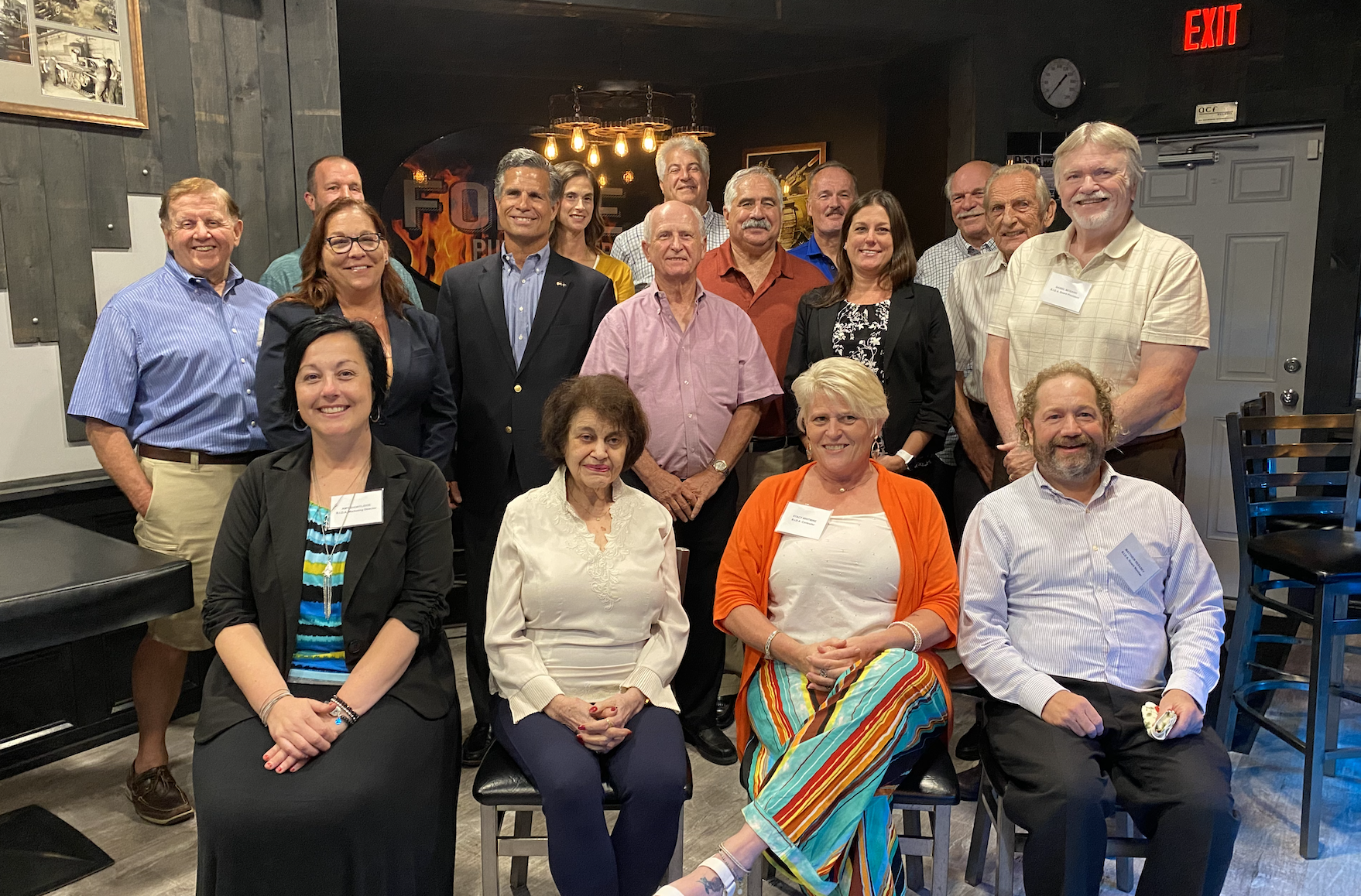 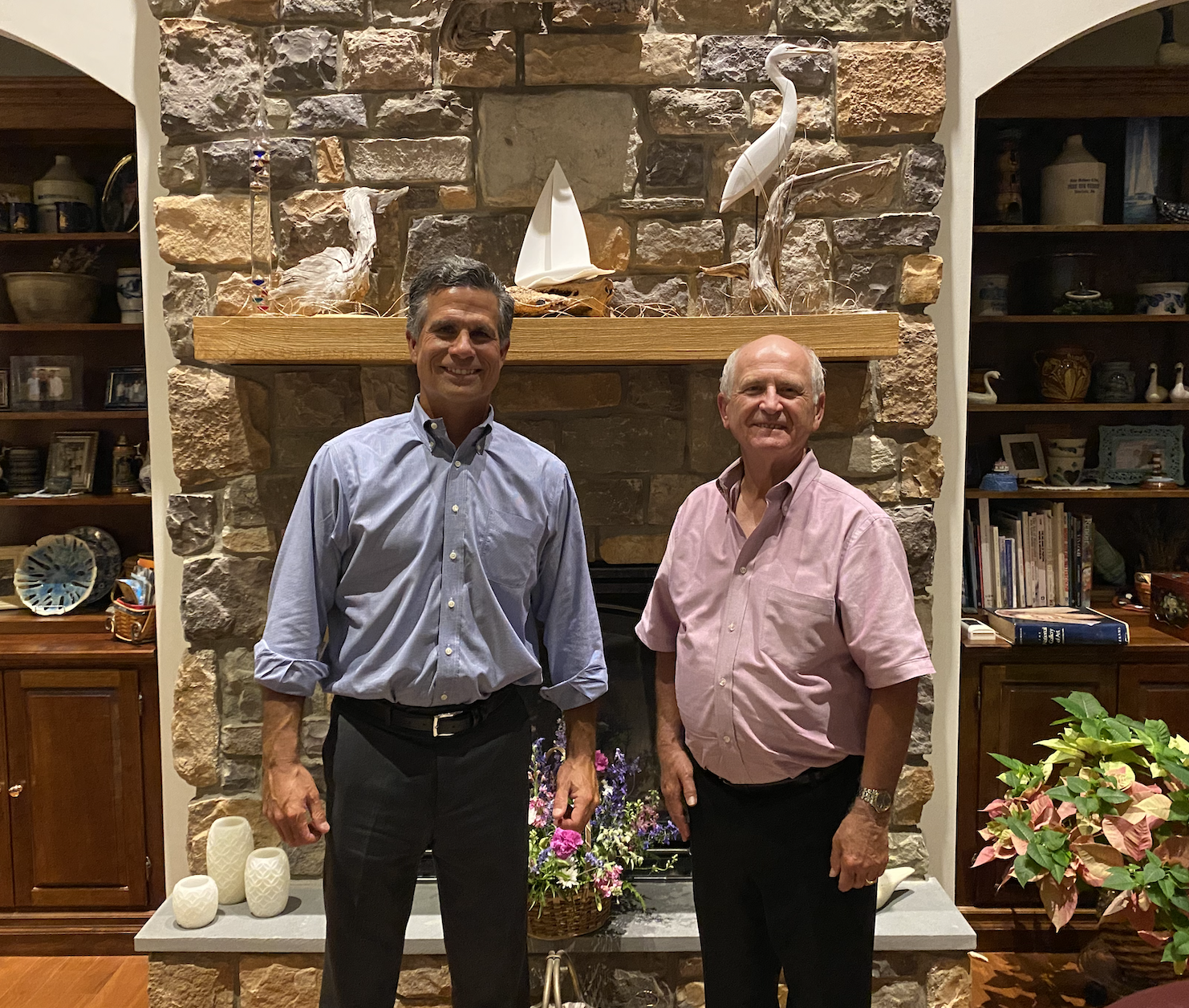 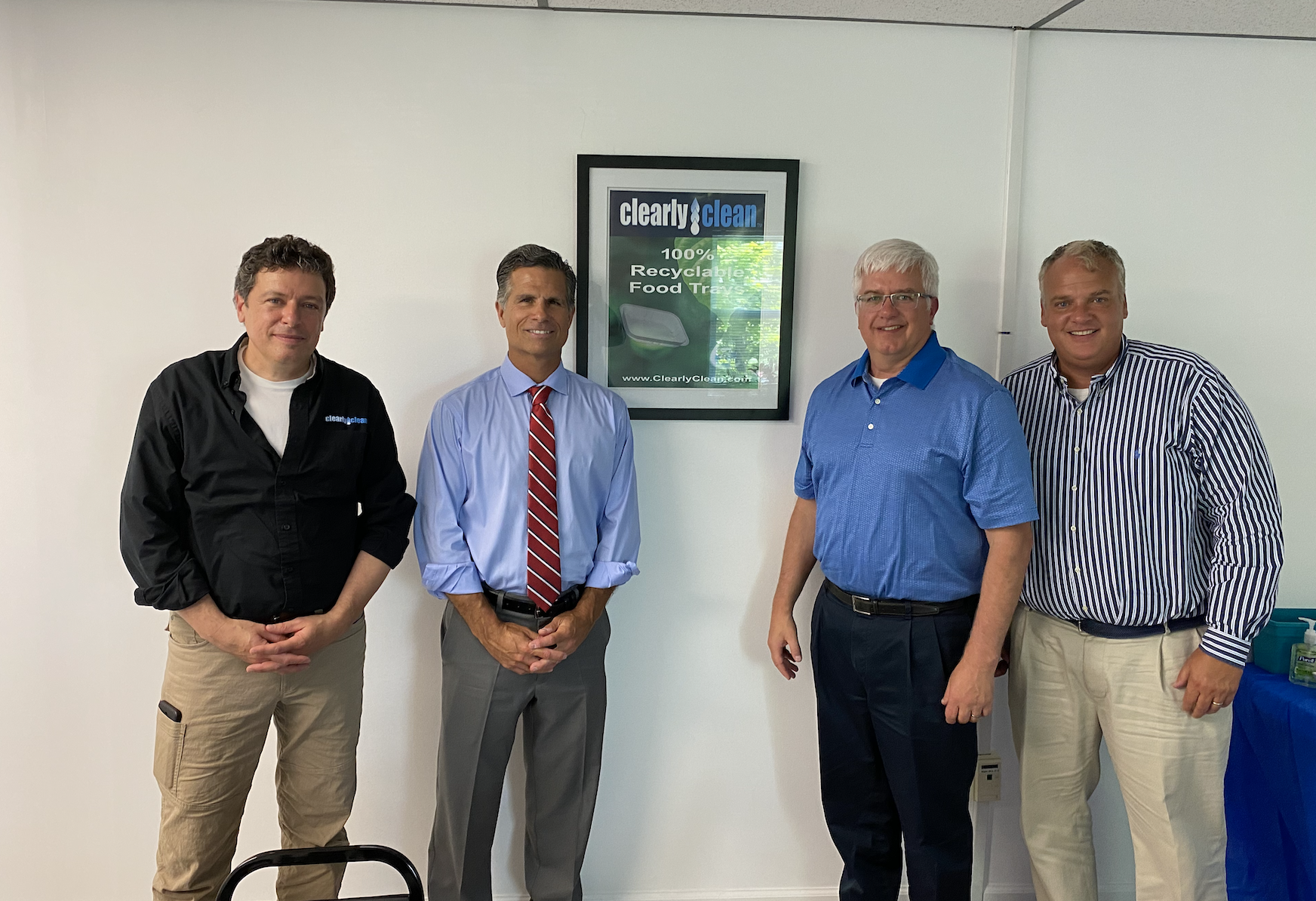 Later, I was the special guest at the Berks County GOP Lincoln Club event in Reading. I want to thank Chairman Clay Breece for the invitation to address the audience. I provided a general update on what is going on in Washington and the deep concerns I have about the direction we are being taken by the Biden Administration and the extreme liberals in Congress. Also attending were our friends Senator Dave Argall, Rep. Ryan Mackenzie, Berks County Commissioner Michael Rivera and many others. 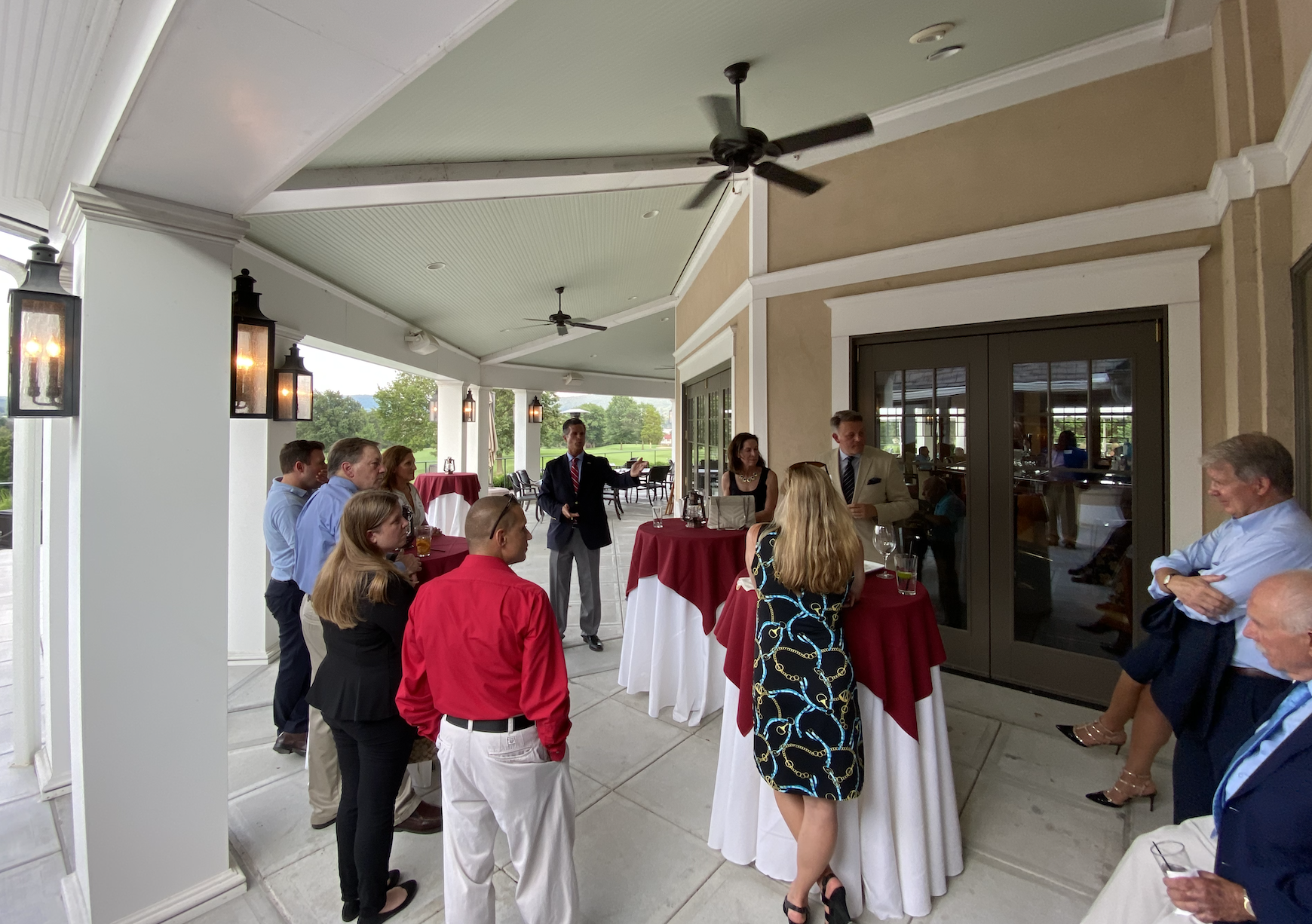 IN NEWS YOU WON’T HEAR IN THE MAINSTREAM MEDIA: There have been major uprisings in Cuba. The people of Cuba want an end to an overbearing dictatorship that pretends to provide but only limits opportunity. Meanwhile, Democrats and the mainstream media have invented false reasons for the uprising to protect their past comments in favor of Cuba and former Presidents Fidel and Raul Castro. They have gone as far as to blame the uprisings on Cubans upset about U.S. sanctions or a lack of Covid-19 vaccines. The truth is that Cubans are taking to the streets because they want freedom. 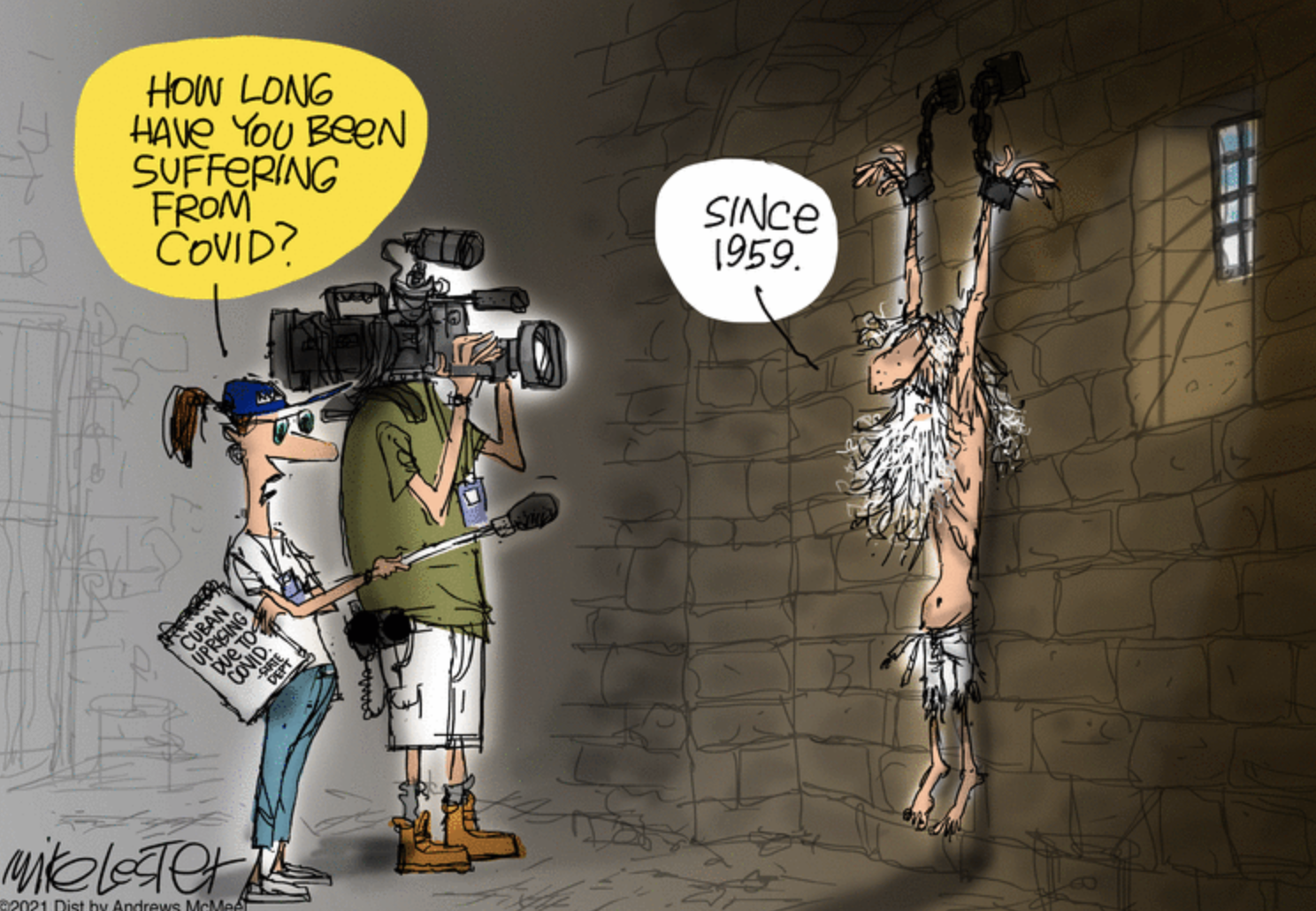 Here is some background information:

All Americans, Republicans and Democrats, must stand with the Cuban people, condemn communism, and provide moral and tangible support for a free Cuba.

Providing us a clear window into their true intentions behind opening the southern border, the Biden Administration announced they would not accept refugees from Cuba. So, we roll out the red carpet if individuals illegally enter our southern border (and are traditionally Democrat voters). But if Cubans (who are traditionally more likely to vote Republican) want to come to our nation to escape political persecution, they are not permitted entry. Sad.