First, I hope everyone enjoyed a Happy and Healthy Independence Day. 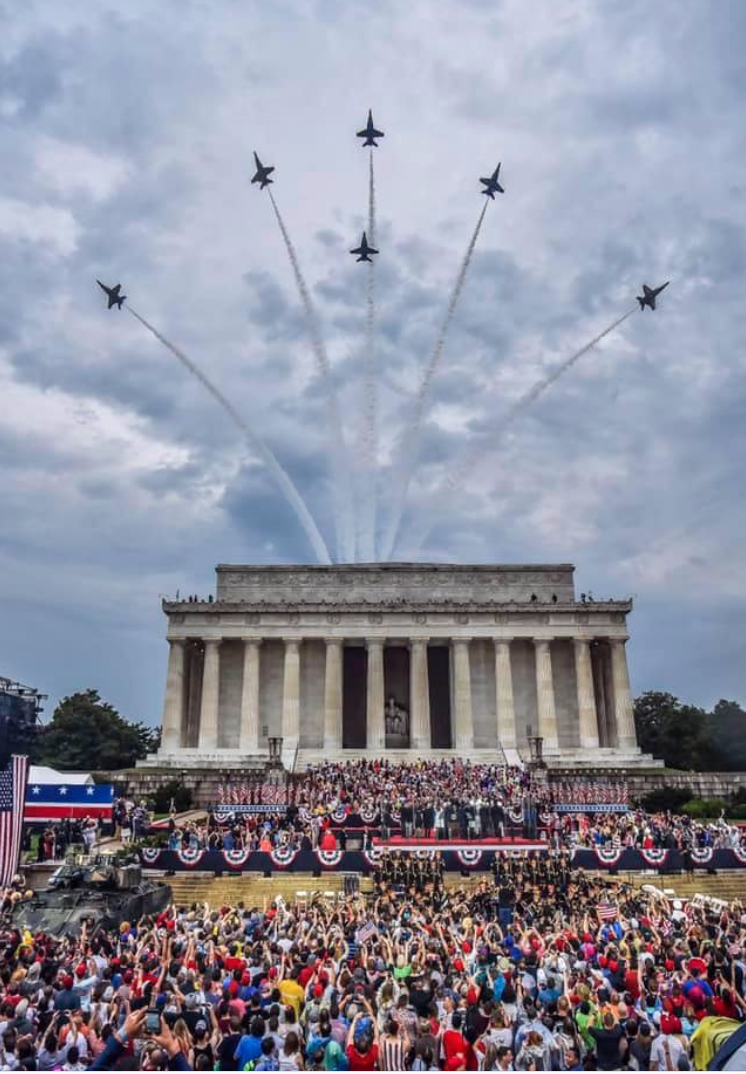 This week, we hosted The White House Opportunity & Revitalization Council in Tamaqua. In attendance were Michelle Christian and Elmo Rinaldi from the Small Business Administration, Joe DeFelice with the U.S. Housing and Urban Development, Joyce Haas with the General Services Administration and Curt Coccodrilli with U.S. Department of Agriculture. I also was pleased to be joined by State Senator Dave Argall, State Representative Jerry Knowles, and Schuylkill County Commissioner George Halcovage. We discussed the many different ways we can bring jobs to our District.  Click here to read an article in The Republican-Herald about our event 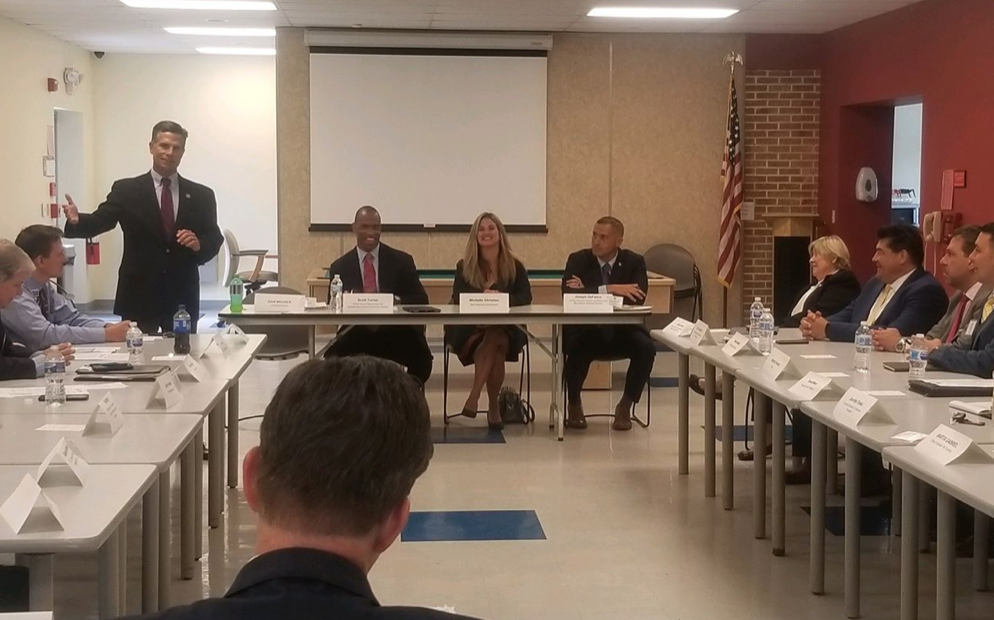 Additionally, here is a segment from Blue Ridge Cable News 13 that covered the event. Click here to view. 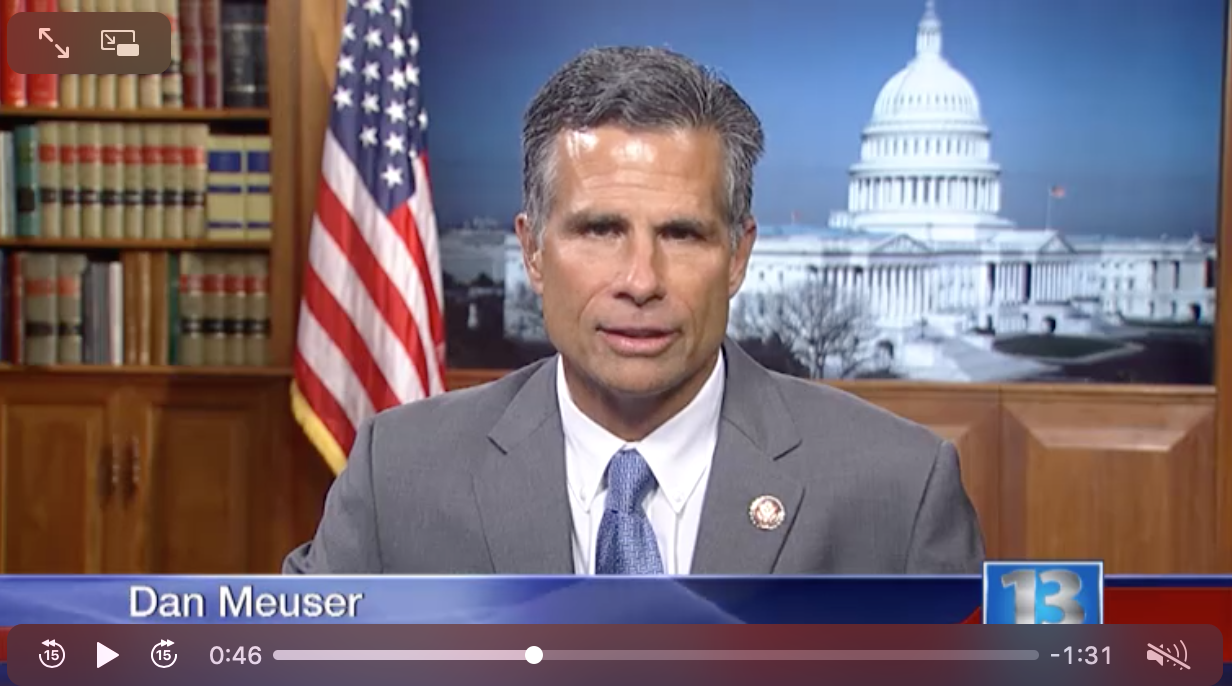 I spoke at the Pennsylvania Telephone Association’s annual convention where I discussed my experiences during my first six months in office, our nation’s booming economy, our efforts to revitalize areas of our District and rural broadband issues.

Our Pennsylvania Congressional Delegation met with President of the Farm Bureau Rick Ebert for an update on the industry.

In News You Won’t Read In The Mainstream Media… I want to address one of my favorite topics… Job creation!

The United States economy is booming. According to the June Employment Situation Report released by the Bureau of the Labor Statistics, nonfarm payroll employment in June rose by 224,00 jobs. This exceeded all market expectations. July marked the longest expansion on record. This is further proof that reducing taxes and eliminating unnecessary government regulations is helping the economy flourish. 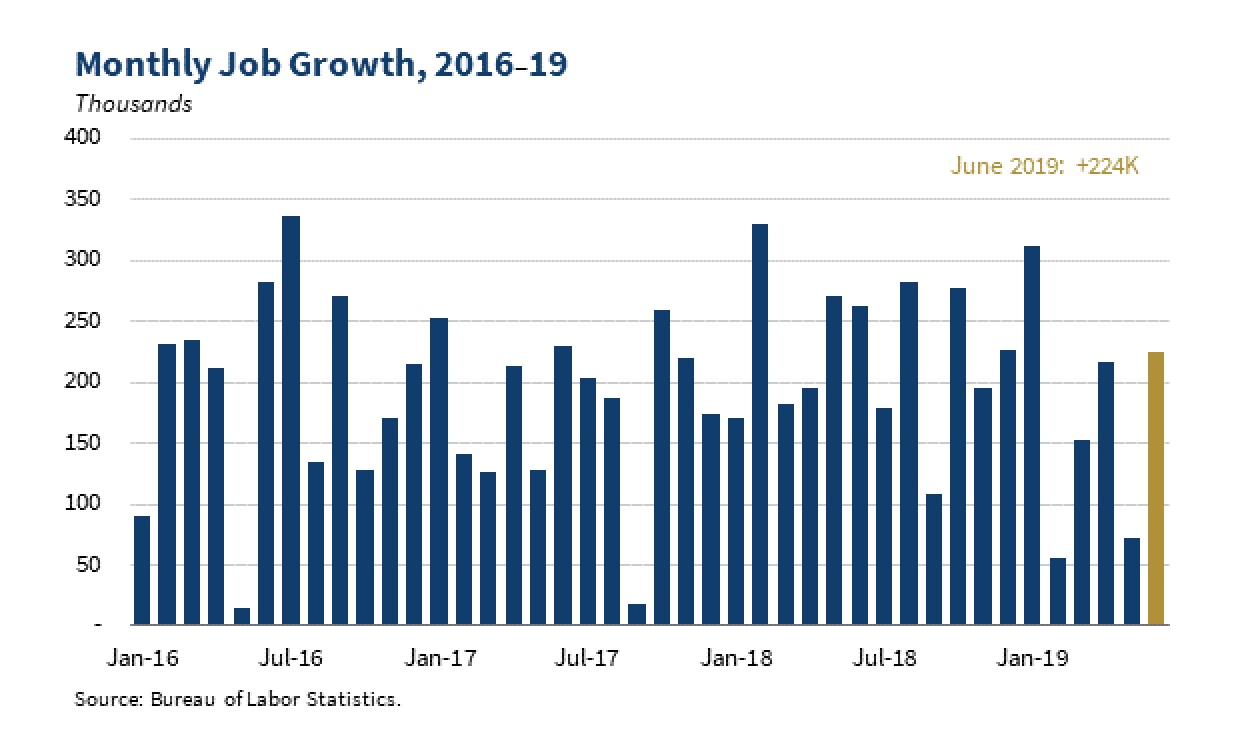 The economy is flourishing and will continue to do so with President Donald Trump's leadership. With elections next year, it is critical that Republicans Win Back the U.S. House, increase our Senate majority and of course re-elect President Trump. We are Making America Great Again, but there is so much more we can be doing, including securing our borders, fixing our broken health care system and continuing to reduce the size and scope of government.

Over the course of being a member of Congress, I have befriended the Japanese Ambassador to the United States Shinsuke J. Sugiyama. Japan has become a great ally to our country and our relationship between our two countries is strong. Last night, I had dinner with with Japanese Congressional Minister along with leading businesses in Japan who have interest in investing in the United States and Pennsylvania. They told a story about when President Trump was last in Japan. They said he attended a baseball game and when he entered the stadium, the large crowd saw him and gave him an extended standing ovation which delayed the game. That is definitely a story you won't hear reported in the mainstream media.

Lastly, I want to applaud the Trump Campaign, Bernie Comfort and Lawrence Tabas for helping to unify the Republican Party of Pennsylvania forward. We have an excellent team in Pennsylvania and I am confident that we will win Pennsylvania's 20 electoral votes for President Trump. This is all subject to the vote and approval of State Committee members tomorrow in Hershey. 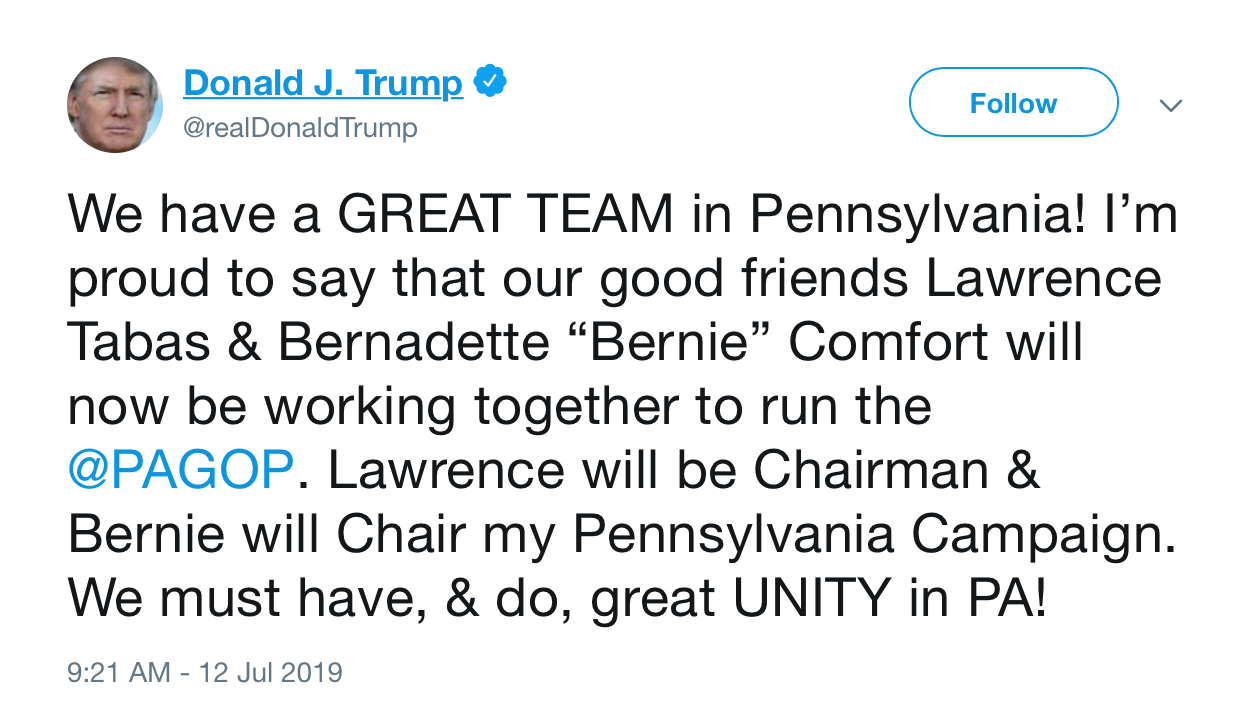