I trust that everyone had a happy and healthy 4th of July. The weather was great, and our family enjoyed quality time together celebrating our nation, the greatest in the history of the world.

But our nation is facing some challenges. Higher gas prices and record inflation are significant issues facing American families. These crises are directly related to the policies enacted by the Biden administration. This week, news reports revealed that more than five million barrels of oil released from the Strategic Petroleum Reserve (SPR) had been diverted to European and Asian nations instead of U.S. refiners. Biden has ordered the Department of Energy to release about 260 million barrels of oil stored in the SPR over the next eight months to combat record fuel prices hitting American consumers.

We deserve answers as to why our energy reserves are being sent to foreign adversaries like China, compromising our energy security and national security. 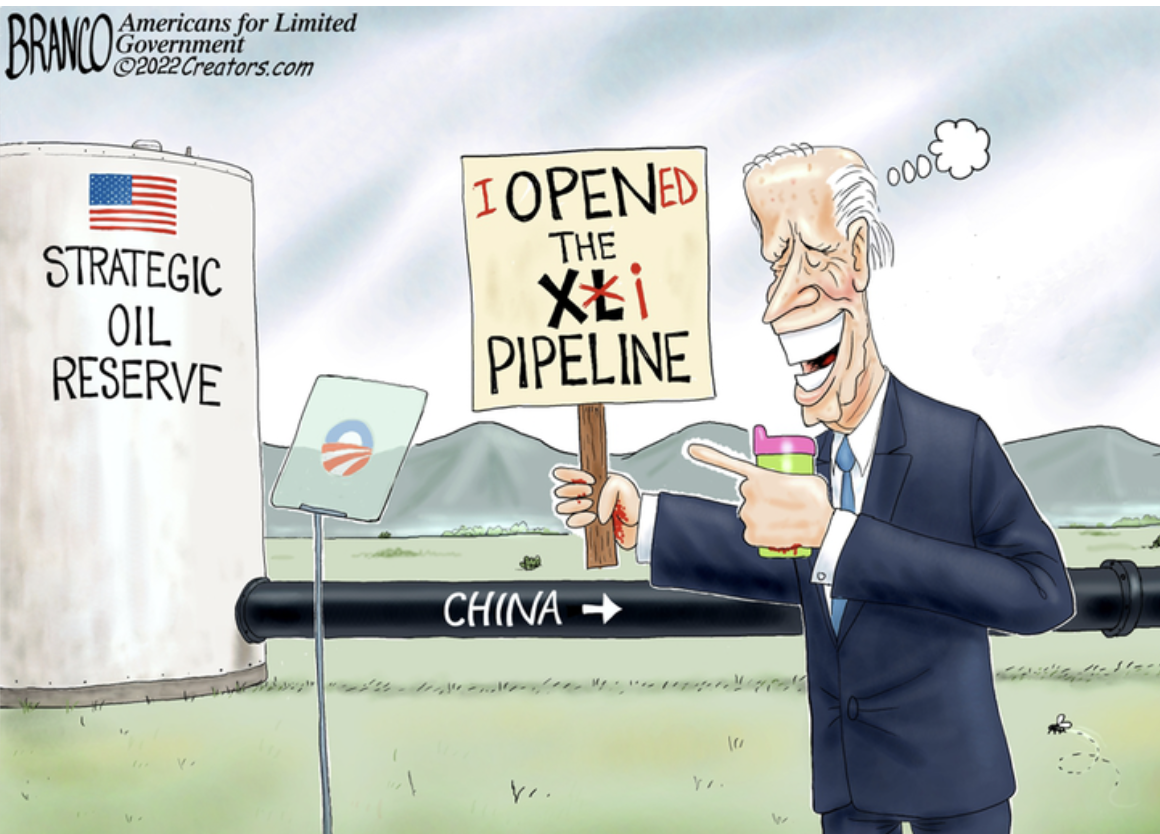 The reality is that Biden is just wrong on everything related to addressing our energy crisis. First, solely releasing energy from the SPR did nothing to slow rising gas prices, as the amount released is but a drop in the bucket to what the nation needs. Additionally, releasing petroleum from our nation's reserves weakens our national security. Those reserves must be maintained for use during wartime or a natural disaster that disrupts our energy supply. This is upside-down ass-backward thinking.

Our energy crisis is a direct result of the policies of the Biden administration. He must admit that and correct course. That begins with removing regulations, taking the foot off the throats of domestic energy producers and the financial institutions that support them, and permitting the United States to start producing energy here for American families. You know, as we did under the Trump administration.

The world suffered a terrible tragedy on Friday as former Japanese Prime Minister Shinzo Abe was assassinated. World leaders have gathered to express their condolences and admiration for the great leader that Abe was. Abe put the success of his country and his people first. But unfortunately, NPR and other liberal media outlets immediately attacked him and his legacy after his murder. I joined Newsmax this afternoon to discuss the mainstream media's attempts to besmirch his memory just hours after his death. Click here or below to watch. 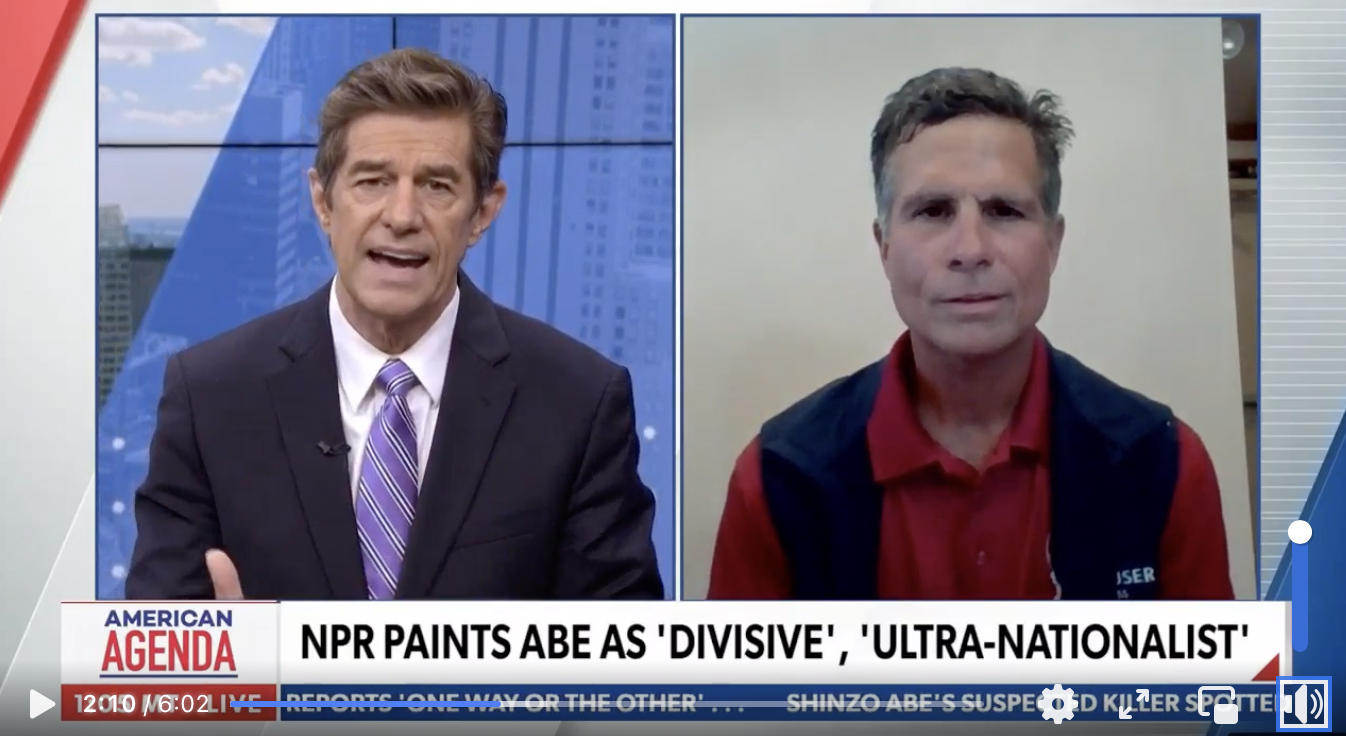 Porch Pirates are stealing packages delivered by private carriers and not facing the same penalties as those who steal items delivered by The United States Postal Service. Let's face it: Theft is theft. Learn more about a bill I have cosponsored, HR 6852, "The Porch Pirates Act." I spoke to Andy Mehalshick from WBRE about the issue. Click here or below to watch my interview. 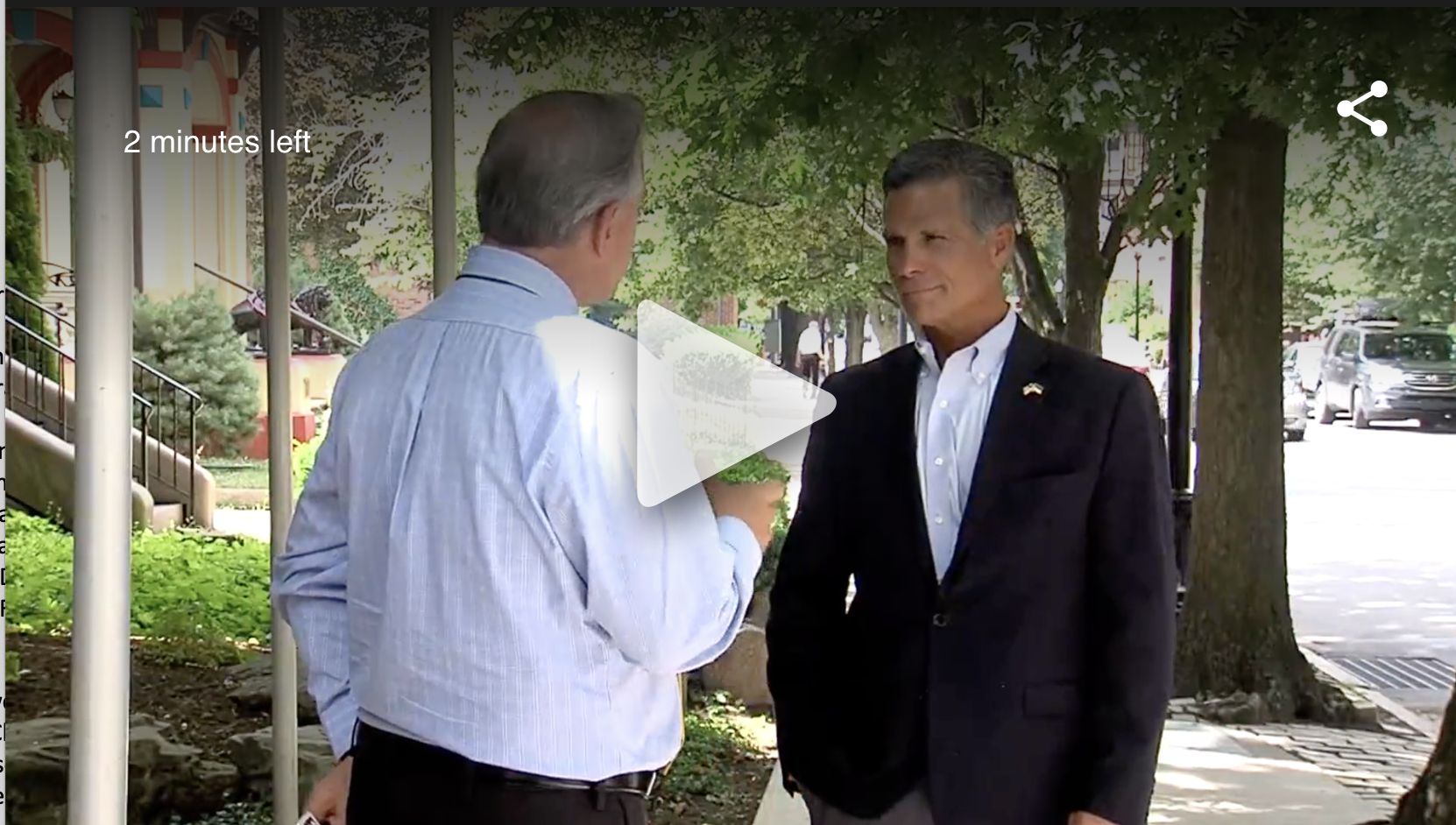 Historians say it was 246 years ago today, July 8, 1776, that residents of Berks County and Reading heard a bell rung, drawing them to listen to Sheriff Henry Vanderslice read the newly written Declaration of Independence in the old county courthouse. The Berks County Liberty Bell, which drew those citizens together, is now on display in the lobby in the Service Center, where it will remain until 2026, part of the celebration of America 250PA, noting the Semiquincentennial in the United States. At a recent ceremony, the bell was displayed along with a copy of the Declaration of Independence, provided by Barbara and Ray Blydenburgh. 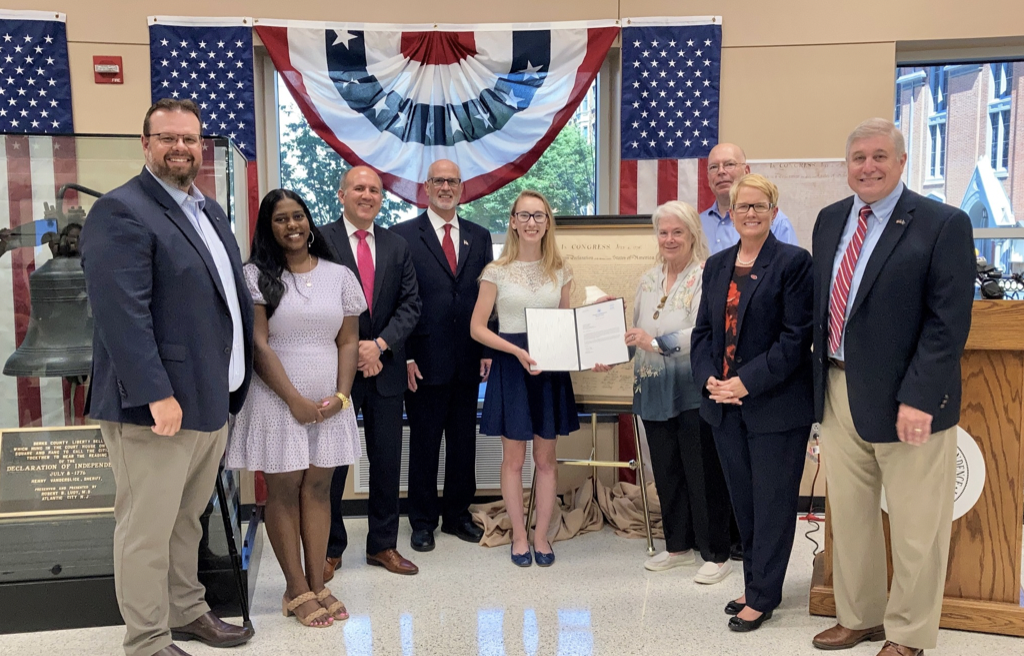 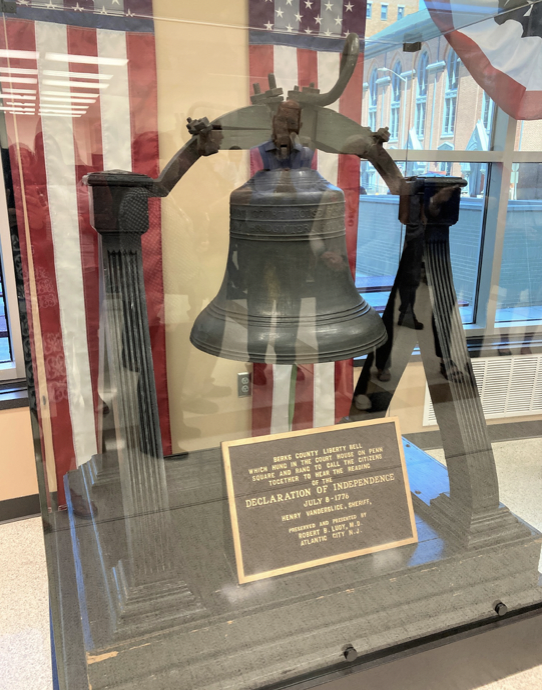 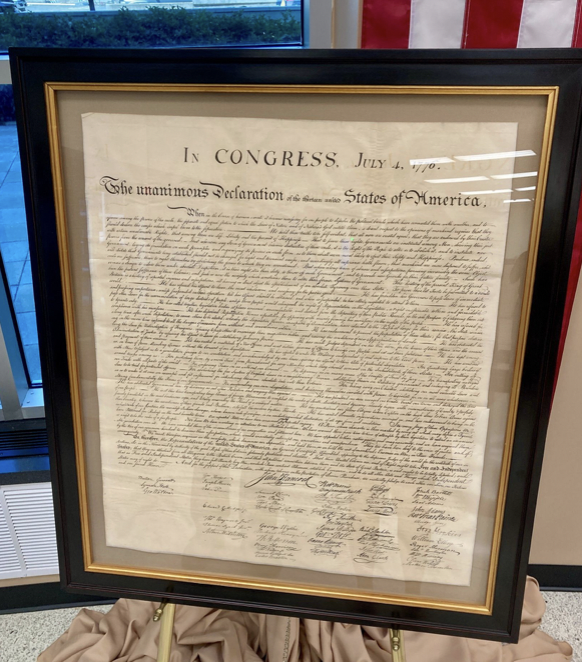 This week, I stopped by WILK and joined Nikki Stone. We had the chance to take calls from her listeners on various topics. Click here to listen to our interview. 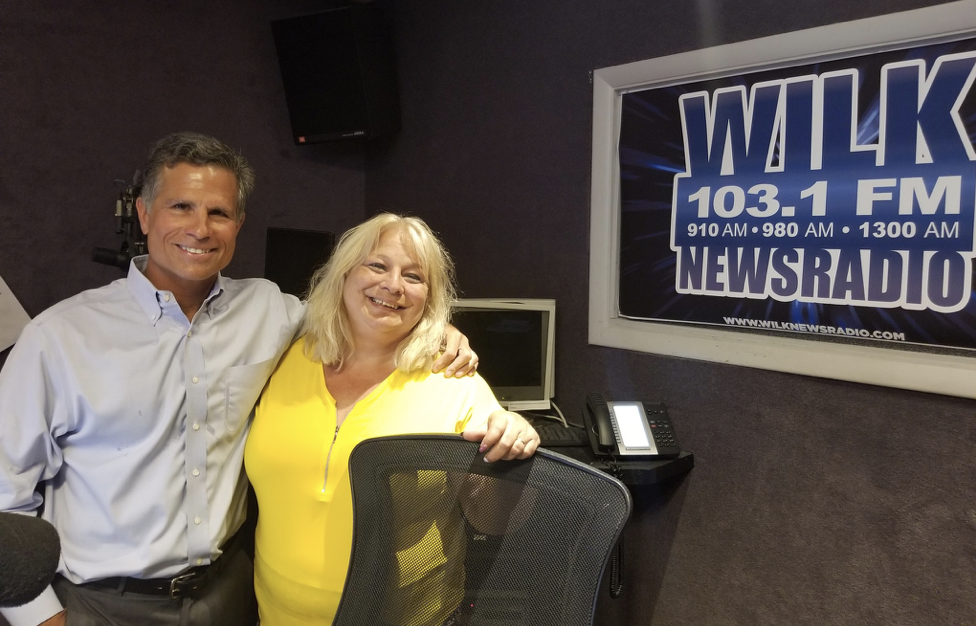 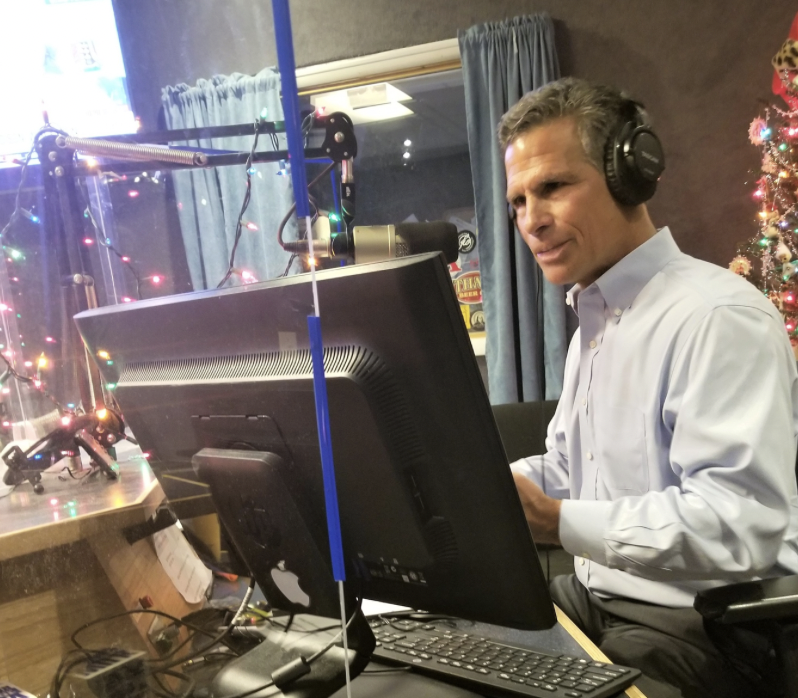 Yesterday, we attended the Yuengling Stars & Stripes Summer Celebration in Pottsville. We were there to welcome over 25,000 people in the heart of the 9th District. Our district office was open and ready to greet and assist constituents. This was a great event, and we want to extend a special thanks to Dick Yuengling for his continued support of the community. (Shelley and I are pictured below with Dick Yuengling and constituents) 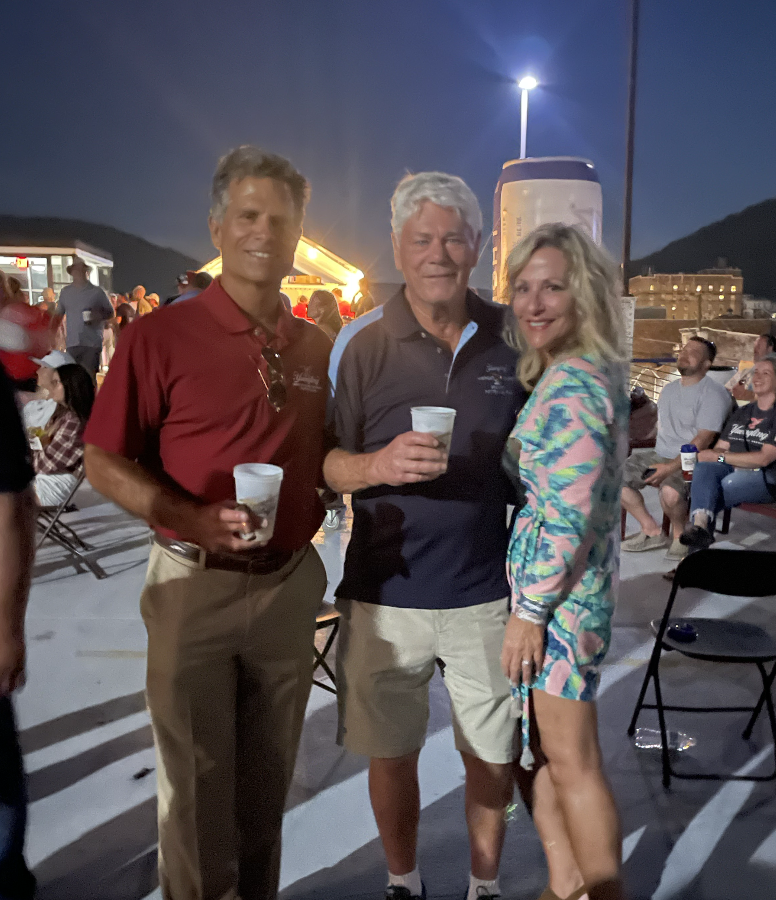 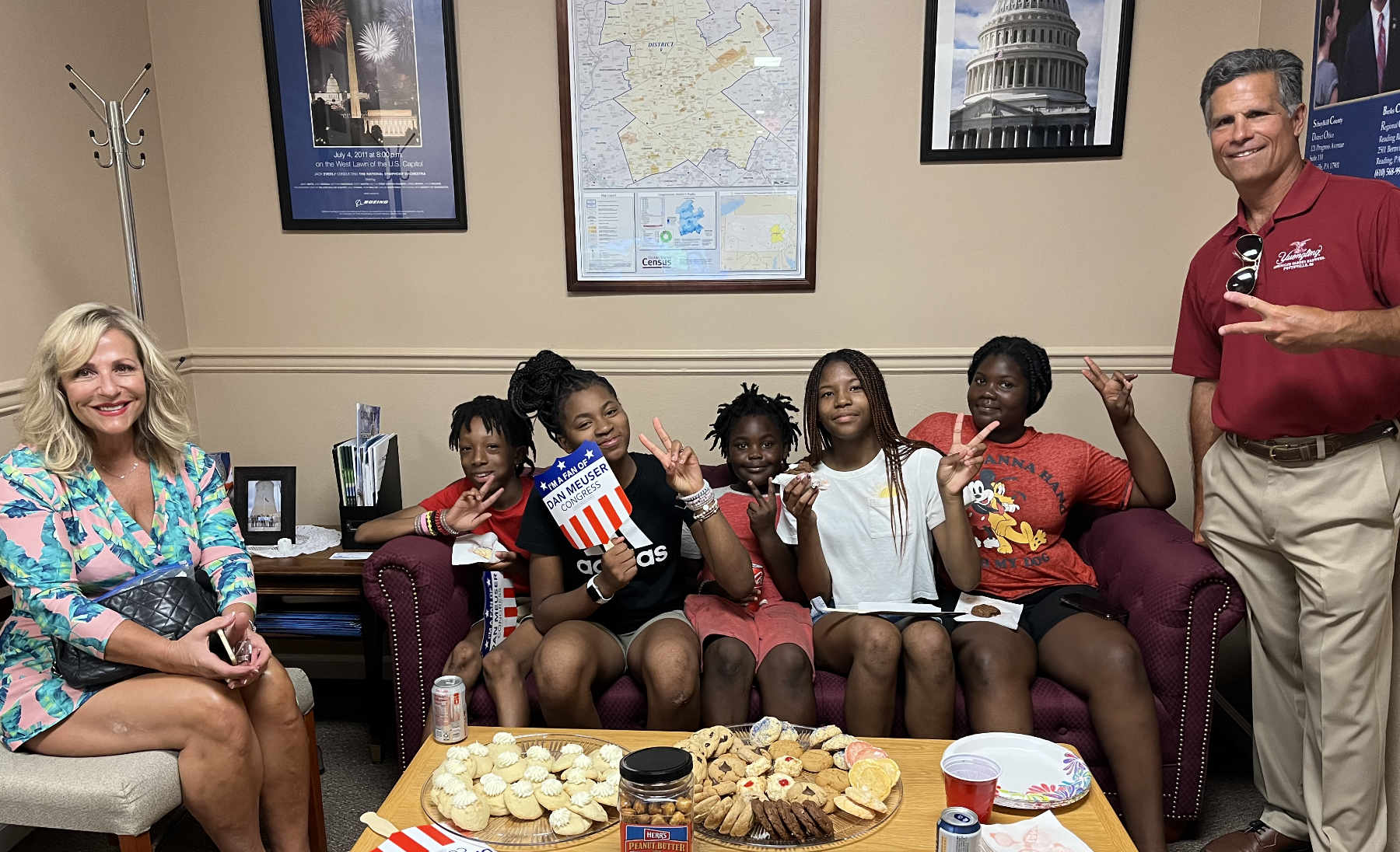 IN NEWS YOU WON’T HEAR IN THE MAINSTREAM MEDIA: Biden’s Great American Pay Cut is punishing families. As the cost of living continues to rise and real wages continue to fall, Americans are left struggling to keep up. Biden and Democrats’ trillions in wasteful spending have fueled inflation and are to blame for the pain everyone is feeling in their pockets.

Unfortunately, higher prices and lower wages are here to stay under Biden.

That is why we must put some strong checks and balances on the Biden administration's embrace of the extreme-left, socialist, "woke" policy agenda. "Go Woke, Go Broke" is not just a saying; it's the reality American families face. First, we must retire Speaker Nancy Pelosi by electing a Republican majority to the U.S. House. Second; we must work to help Republicans win back control of the U.S. Senate.

I will be active in this fight. Winning back control of the U.S. House begins in Pennsylvania by re-electing our Republican members of Congress and flipping some critical seats from Democrat to Republican in the Keystone State. Our Commonwealth has always played the leading role in establishing and protecting our democracy. Pennsylvanians will be called on this November to do just that again. And I am confident, with your help, Pennsylvania voters will rise to the challenge.