Before I begin, yesterday was the 76th Anniversary of D-Day and I want to take a moment to honor and remember our veterans. One of my closest friends and political mentors is Pat Solano, who is a WWII war hero. I would like to thank Pat, our veterans and all the brave men and women in our armed services for their bravery and sacrifice. 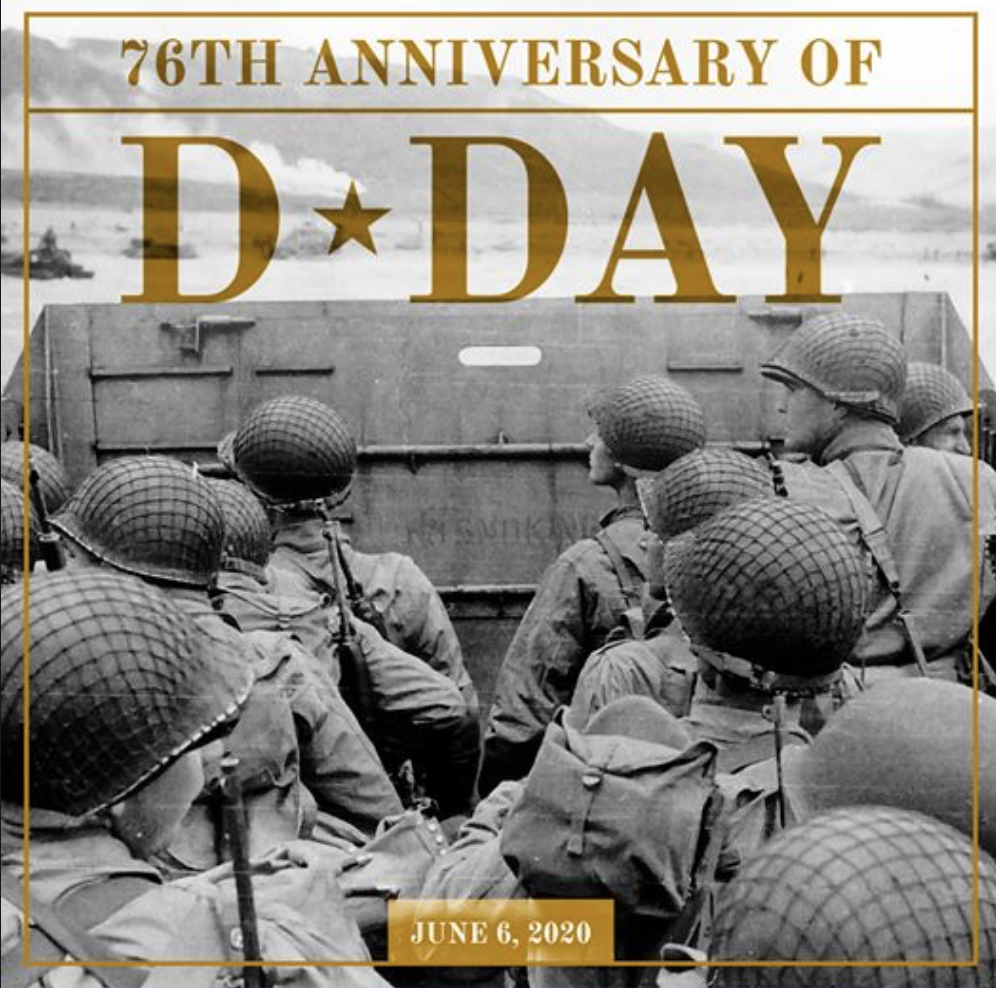 On Tuesday, the Primary Election was in Pennsylvania. While unopposed in the Primary, I want to thank all the voters who went to the polls and cast their ballots on Tuesday. I want to especially thank the 62,366 Republican voters for their vote of support on Election Day. Representing the people of the 9th Congressional District is a tremendous honor and I am looking forward to the upcoming election. 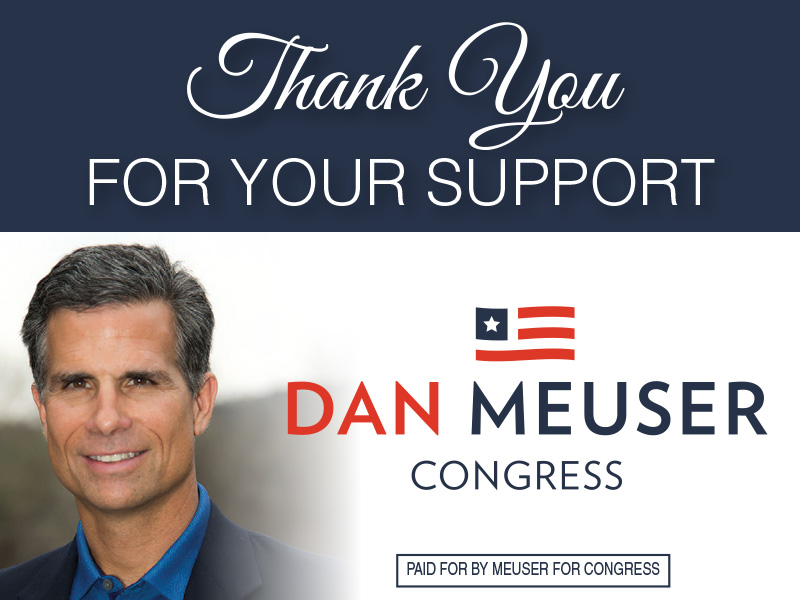 Since taking office, I have supported President Trump’s America First agenda to help create an economy that is inclusive of all people. This includes working to lower the cost of healthcare, strengthening our military and border security, supporting fair trade deals to sell American products around the world, creating good-paying jobs, making our education system more accountable for our young people, and protecting 2nd Amendment rights.

House Democrats, under the leadership of Speaker Pelosi, have advocated for disastrous policies that, if enacted, would make America unrecognizable and threaten the livelihoods of hardworking Pennsylvanians in the 9th District. In this time of uncertainty, we need to accentuate what has made America great and mitigate what has pulled us down. I will continue to help make America as great as can be for as many Americans as possible. Republicans also must win back the U.S. House to truly advance a pro-growth agenda that will begin a great American comeback that has ALREADY BEGUN!

On Primary Election Day, I traveled around the District, visiting with poll workers, elected officials and speaking with voters. I sincerely want to thank all those who worked a poll in support of our campaign—pictures from Election Day below. 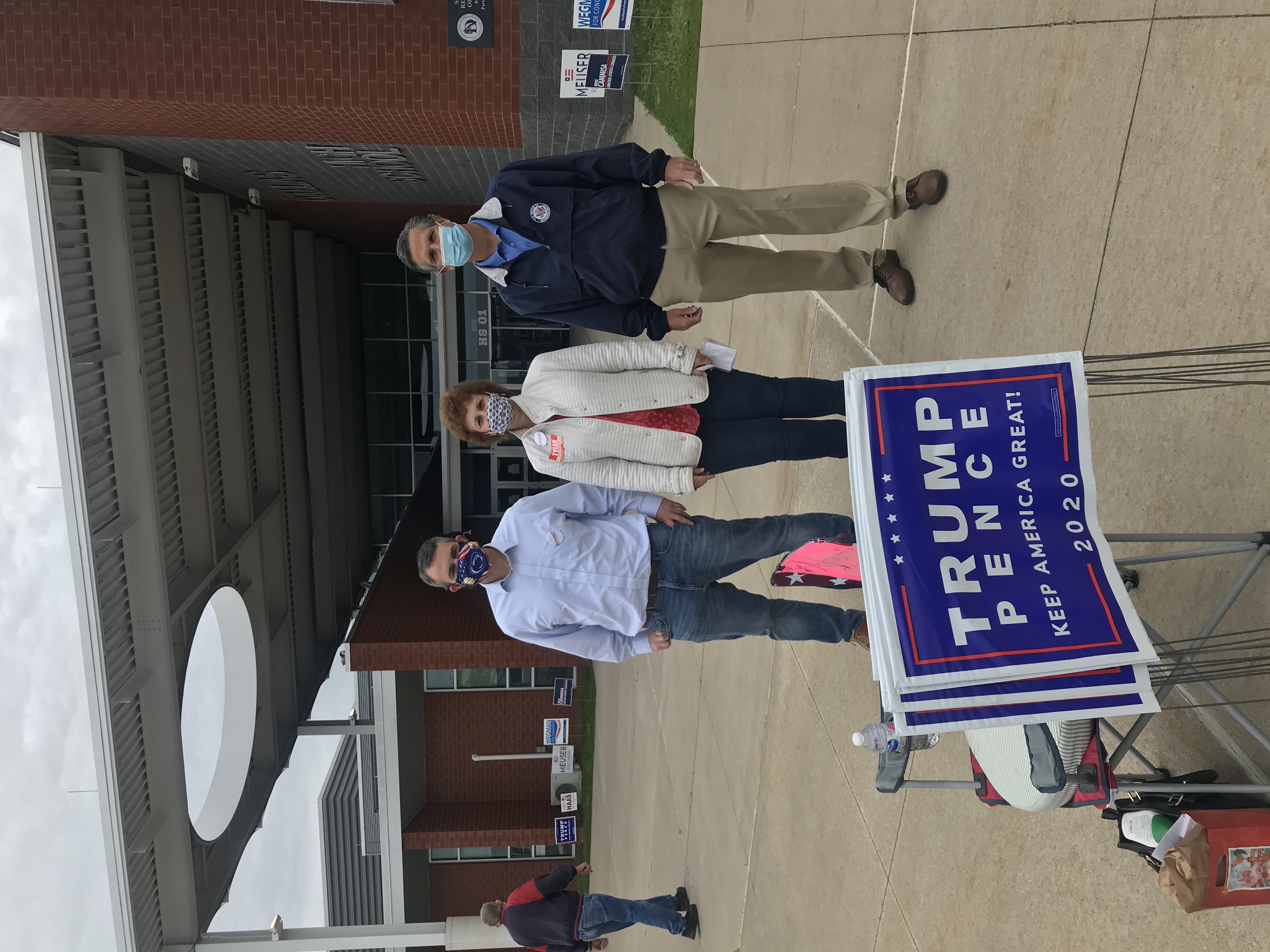 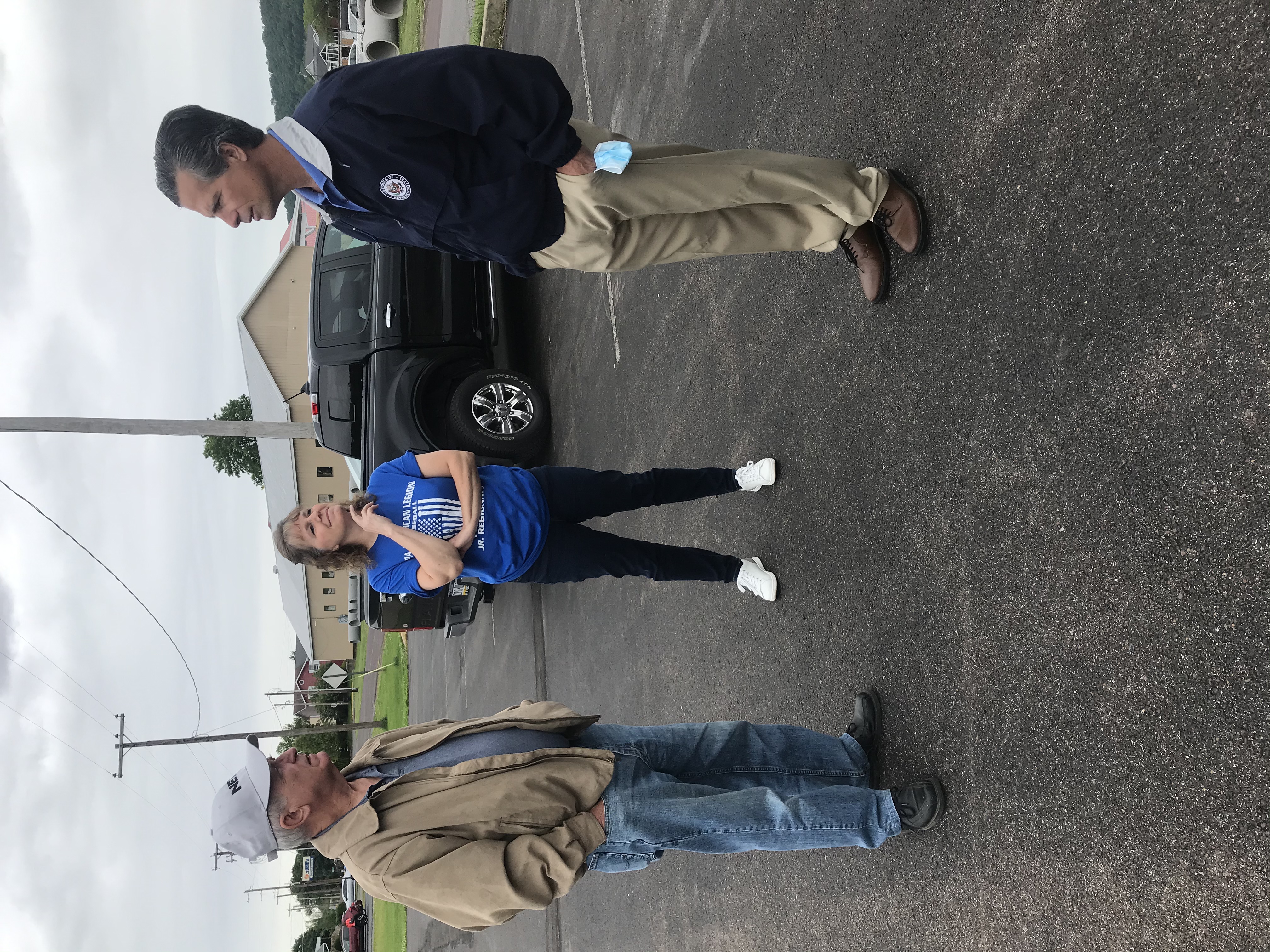 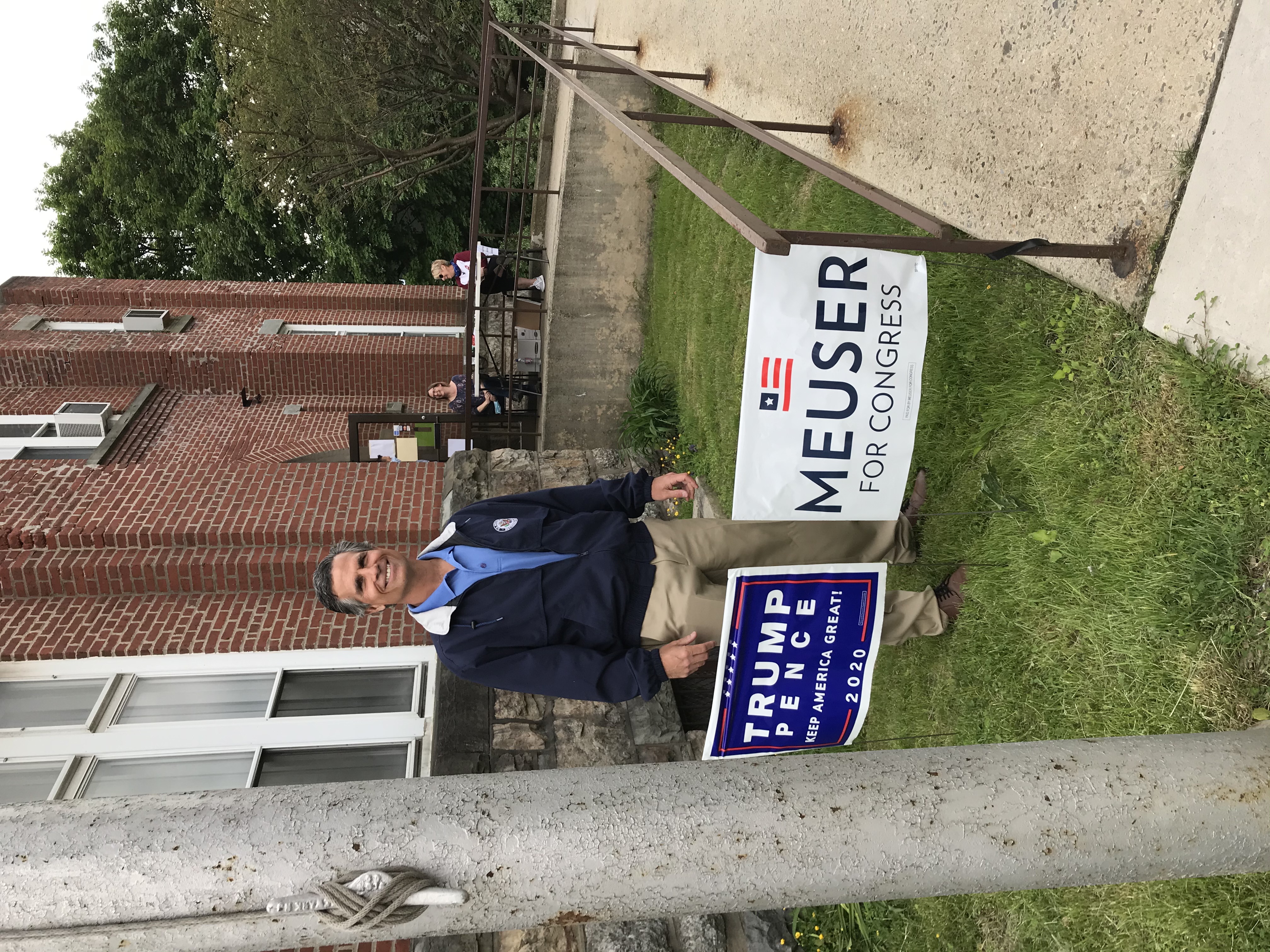 This week, citizens across the nation took the streets in protest of the murder of George Floyd, whose life was tragically taken by former Minneapolis Police Officer Derek Chauvin. All of us must do everything we can do to ensure this type of behavior does not happen again and is never tolerated.

As my father, a retired police detective and strong lifelong supporter of the police, stated to me about Chauvin, “I can’t imagine what that guy was thinking. Even the look in his eyes was bad. He deserves to be tried for murder.” I think many of us share that same feeling.

First, we must question why Chauvin was still on the force when, according to an MPD internal affairs public summary, he had 18 prior complaints filed against him. We must take a commonsense approach to solve the issues that lead to these types of events and not allow political agendas to drive those actions.

With that said, the riots and violent protests that are occurring across the nation are 100% unacceptable. The rhetoric is out of control. Our brave police officers leave their families every day, putting their lives on the line to protect our families and communities. We must not allow the media and some politicians to use the actions of a few bad police officers to paint a picture that all law enforcement are bad people or racist. That is a false narrative.

The bottom line is that when someone needs help and dials 911, we need our brave law enforcement officers to be there on the other end of that line ready to assist. Supporting a lawless society and the liberal idea of defunding the police is really one of the most foolish things I have ever heard supported by the left. Liberalism empathizes with lawless, anarchistic actions...minimal border security, defunding ICE, and now calls to defund the police. I always seek and try to understand before trying to be understood. But all citizens must appreciate the essential need of a Constitutional government and law and order.

On Thursday, I stood with state and local elected officials, as well as our brave law enforcement officers at a protest in Lebanon County. The protest was non-violent, but it was certainly not completely peaceful. The protestors were chanting, “**** the Police.” That is not peaceful. It was revoltingly disrespectful to many and especially to the police officers who were there to keep order and protect lives. I was in the crowd when I heard this chant and at that time I walked away. All persons should walk away when such hateful chants begin. I had the opportunity to speak to an African American minister in attendance and he reflected that the cause he is supporting had been hijacked by violence and hate. I agree. We must work to seek solutions, not burn down our communities, small businesses and places of worship. 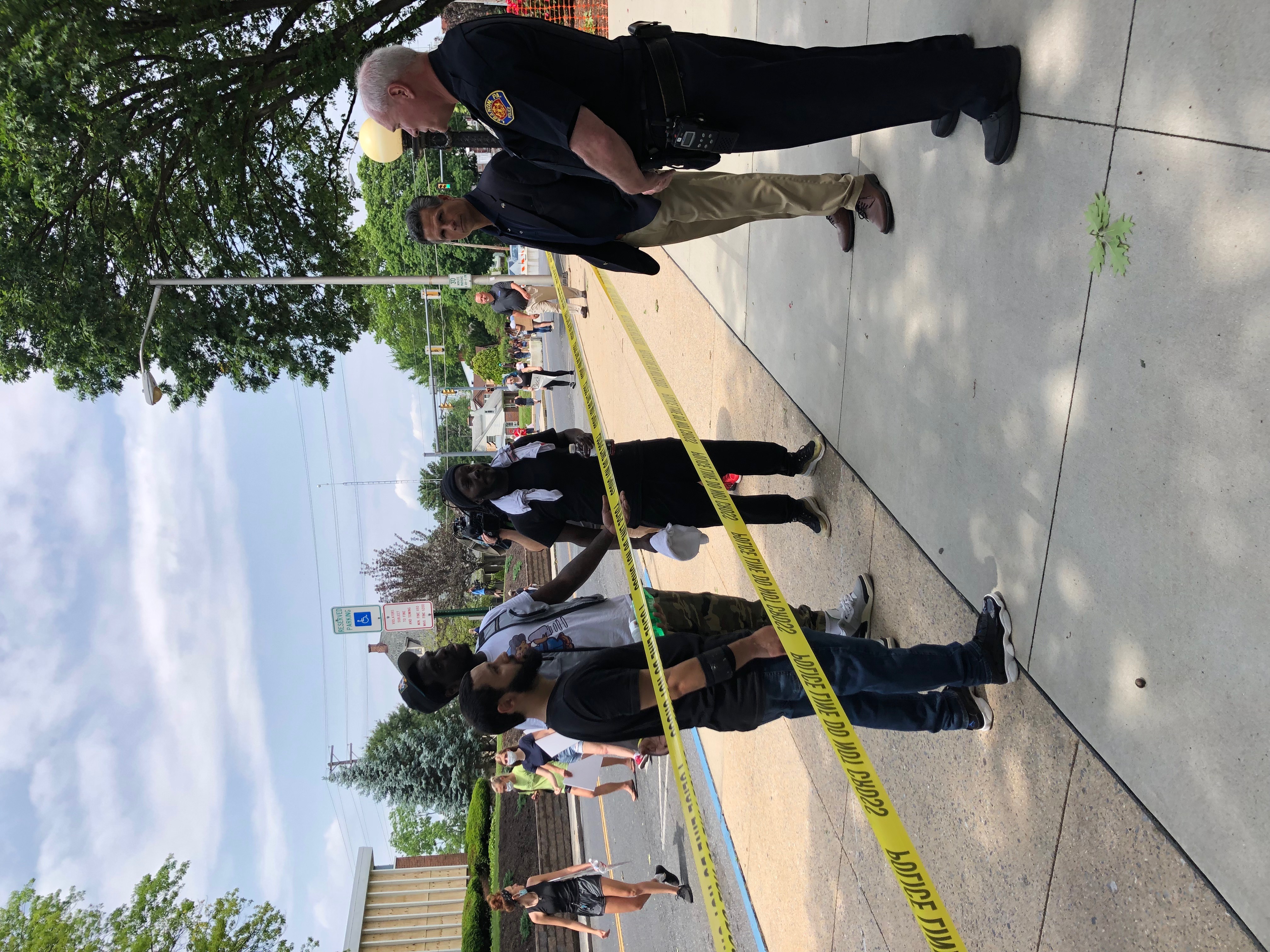 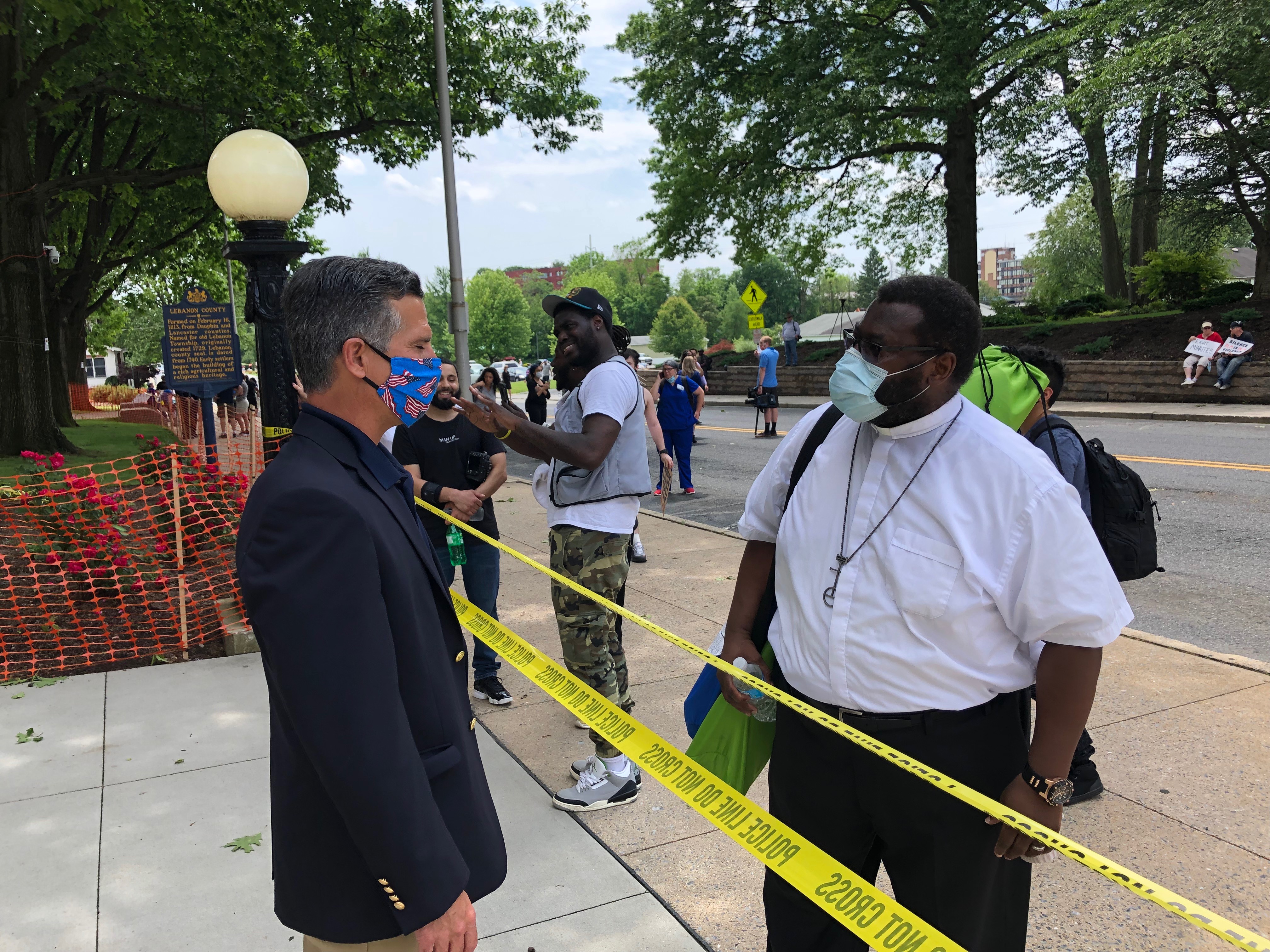 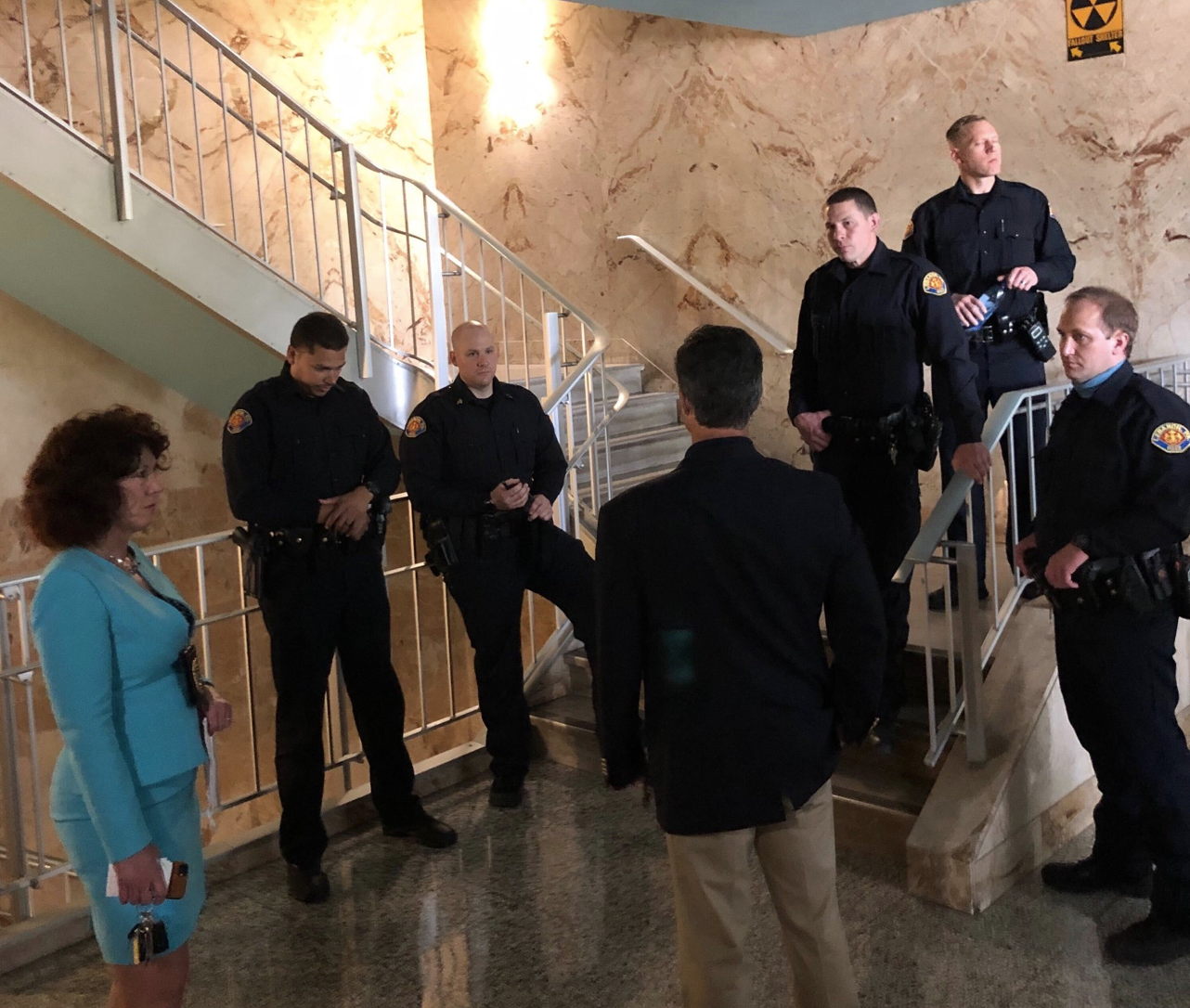 In other important news, President Donald Trump signed the PPP Flexibility Act, modifying this successful program with reforms drafted with input from small business owners. This is a win for hardworking families and small businesses driving the next Great American Comeback. More information below. 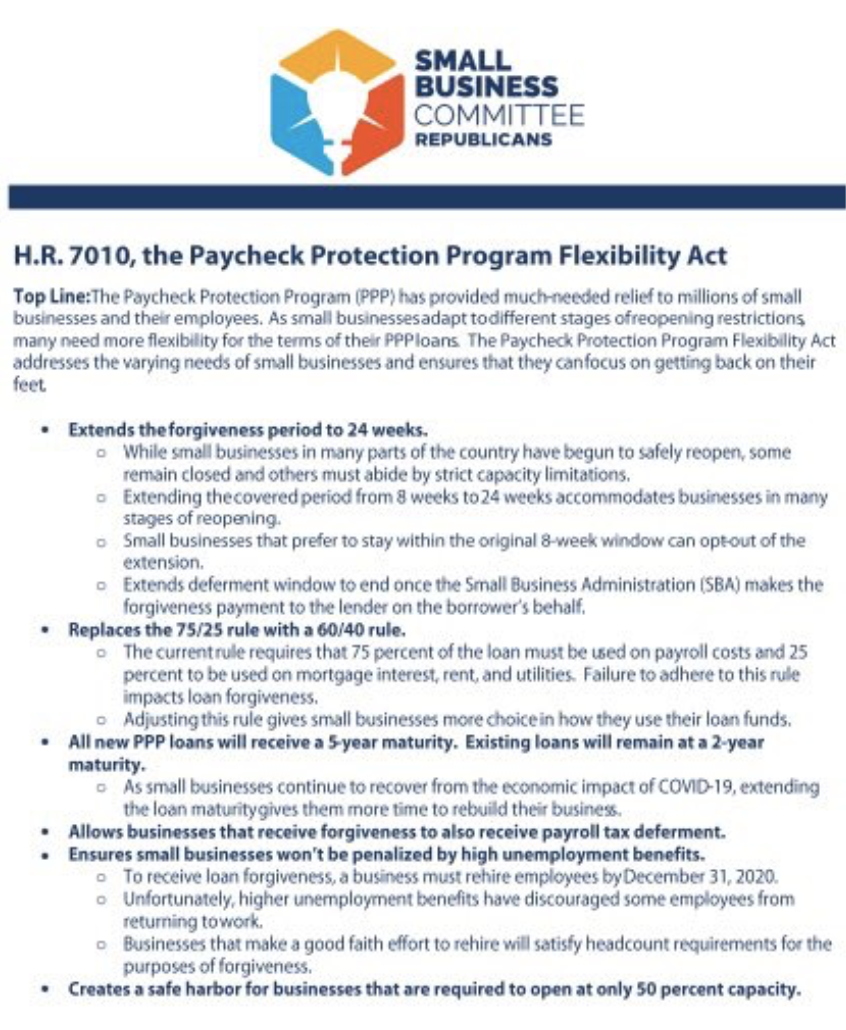 IN NEWS YOU WON’T HEAR IN THE MAINSTREAM MEDIA: President Trump, Congressional Republicans, and American workers built the greatest economy on Earth. Now, as we safely reopen from Coronavirus, we are going to rebuild an even stronger economy.

As President Trump said, “We had the greatest economy in the history of the world. And that strength let us get through this horrible pandemic. We’re going to be back there. I think we’re going to actually be back higher next year than ever before. And the only thing that can stop us is bad policy.” He is right. We are going to rebuild our economy and I know that the 9th District will be a big part of that.

Below is a video from the Trump Campaign that highlights our Great American Comeback! 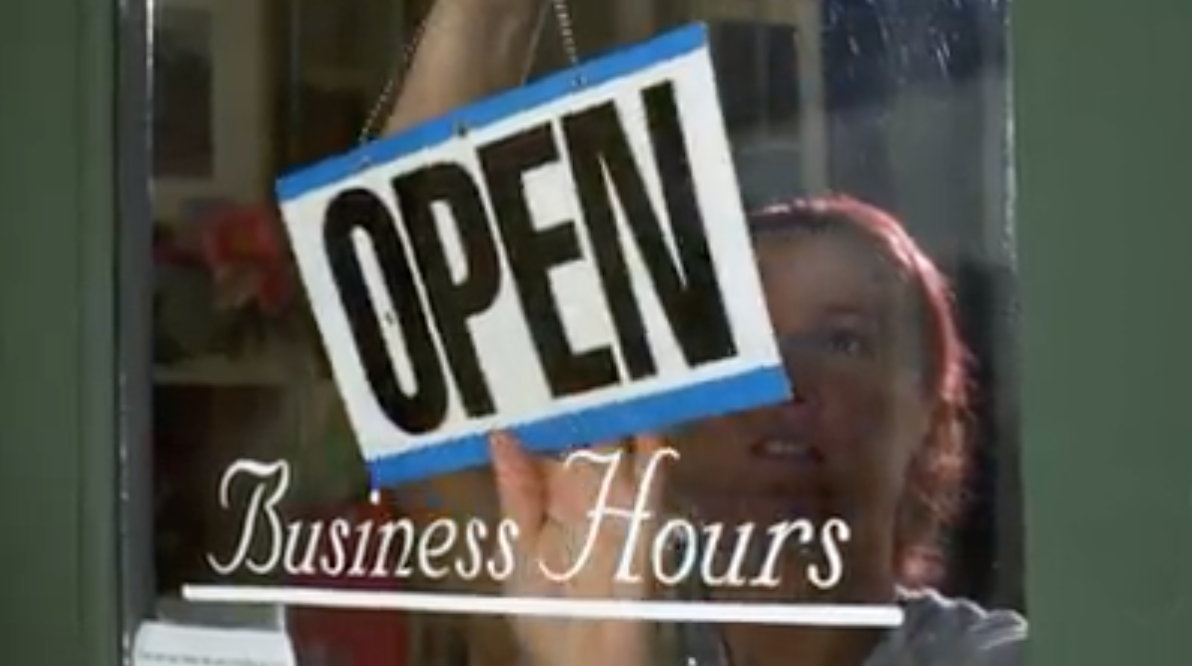 However, to assist us in this economic comeback, the government needs to offer guidance for health and safety standards and trust in the people. Our state government and all state governments need to be inclusive and consult with small businesses as they are making decisions. It is not the role of any state's leadership, especially in our wonderful Commonwealth of Pennsylvania, to rule. Their role is to serve... that is the best form of leadership. And, by the way, as someone with 25 years of experience in the private sector, I can tell you the best way to avoid mistakes is to be inclusionary. In the words of the great Pat Solano, mentioned earlier, the politics of inclusion means that if you are civil, professional and work to solve problems, you will build trust with those whom you work. Building trust is as important today as growing our economy and keeping people safe. There is only one way to build trust and that is by being consistently trustworthy.

On Friday, I attended a press conference and rally at Taste of Sicily in Palmyra, Lebanon County. As the bills piled up as their business has been closed as a result of the Covid-19 pandemic, Taste of Sicily decided to reopen their business to customers. State regulators from the Department of Agriculture suspended their license to sell food despite the fact they had a very strict health and safety plan for their customers and employees in place.

The press conference was hosted by State Senator Dave Arnold and we were joined by the owner of Taste of Sicily Mike Mangano, State Senator Doug Mastriano, State Representatives Frank Ryan and Russ Diamond as well as County Commissioners Bob Phillips and Bill Ames and District Attorney Pier Hess Graf. It is time to get government off the backs of these small businesses and let them reopen. The government can set reasonable regulations to protect public safety and let the private sector adapt and they are. The Wolf Administration has been completely unreasonable and they are holding Pennsylvania’s economy back. 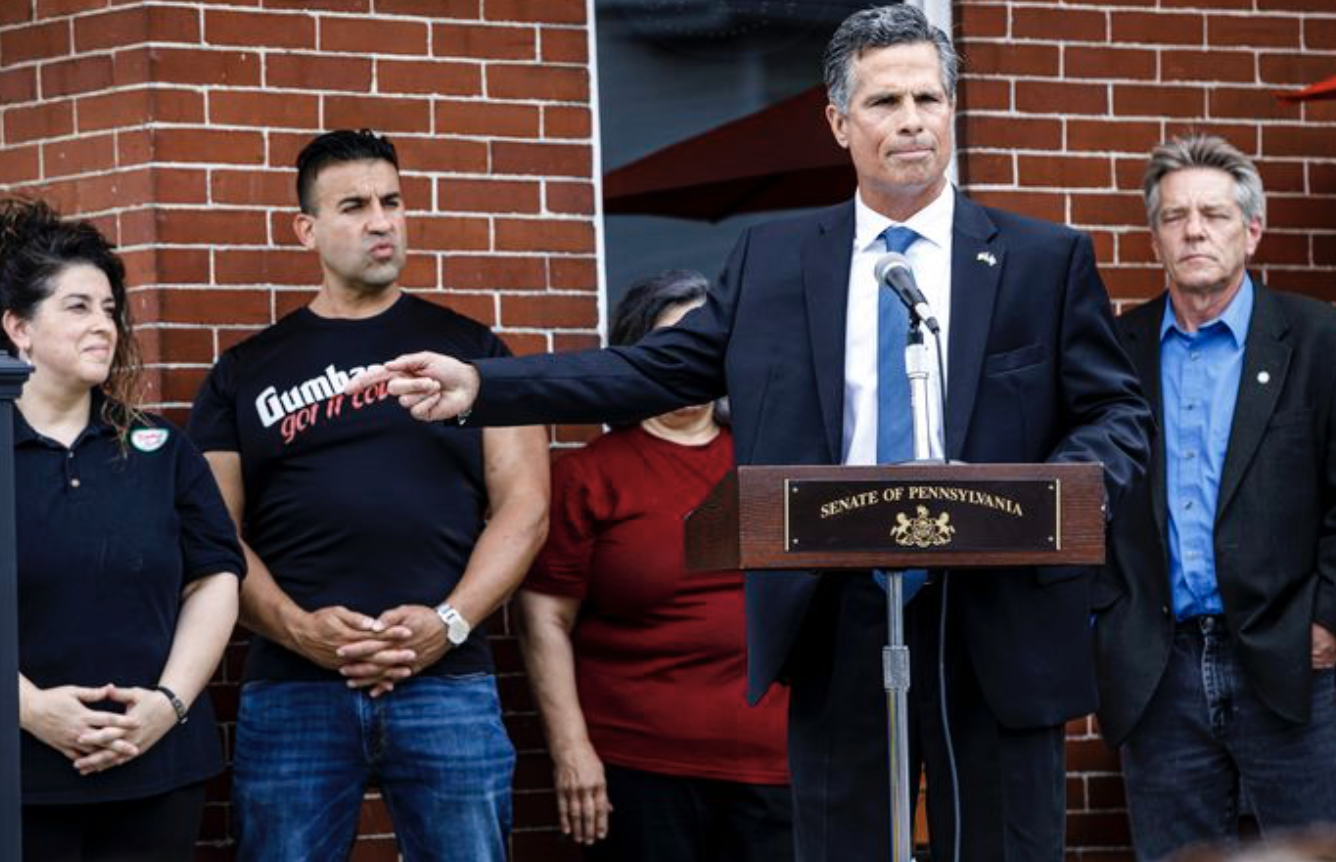 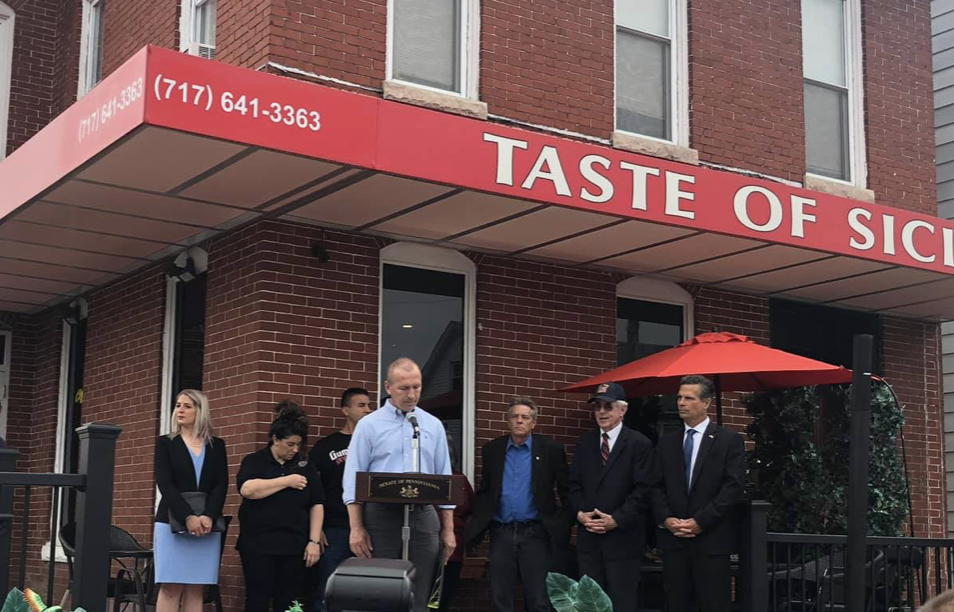 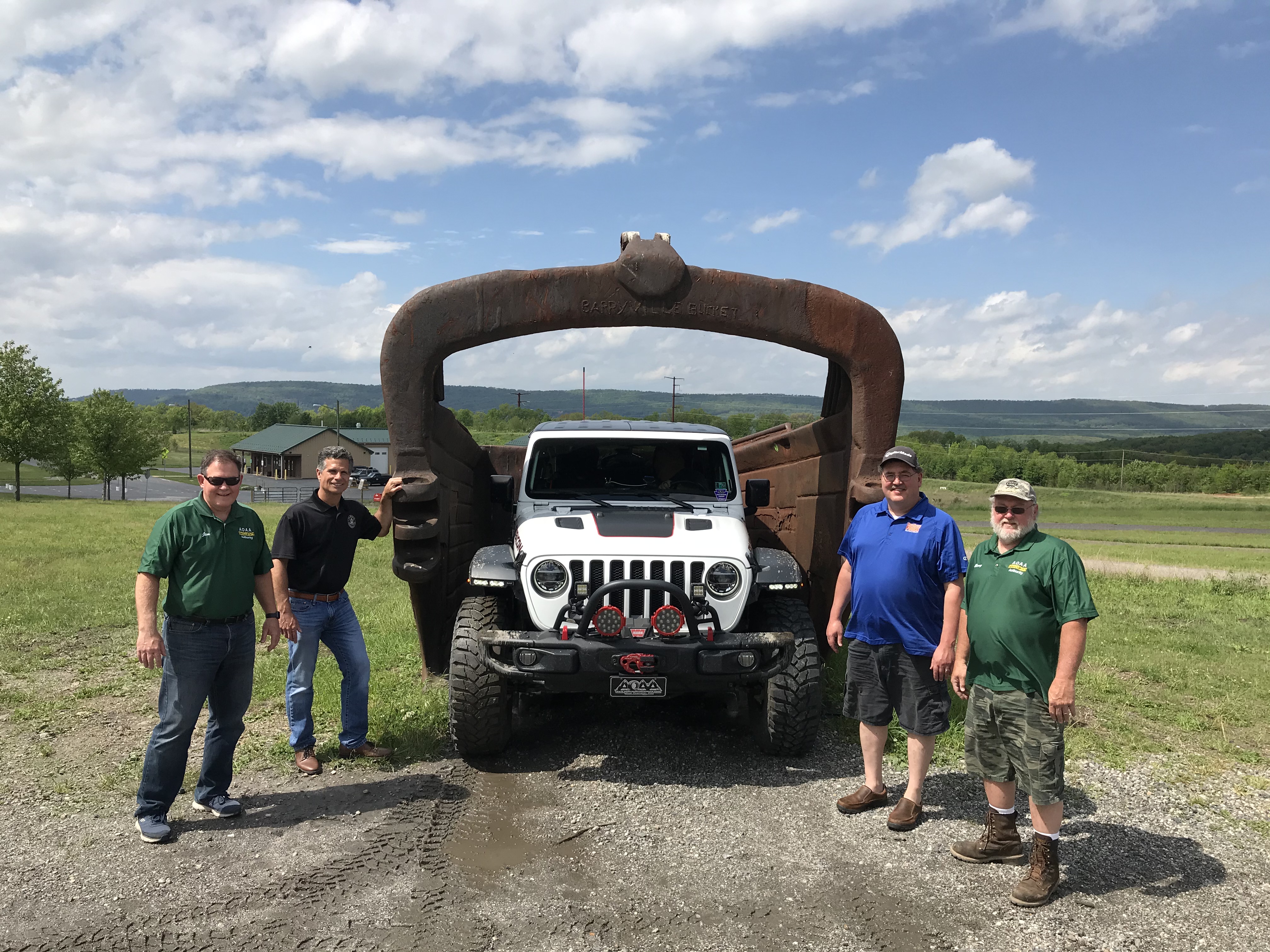 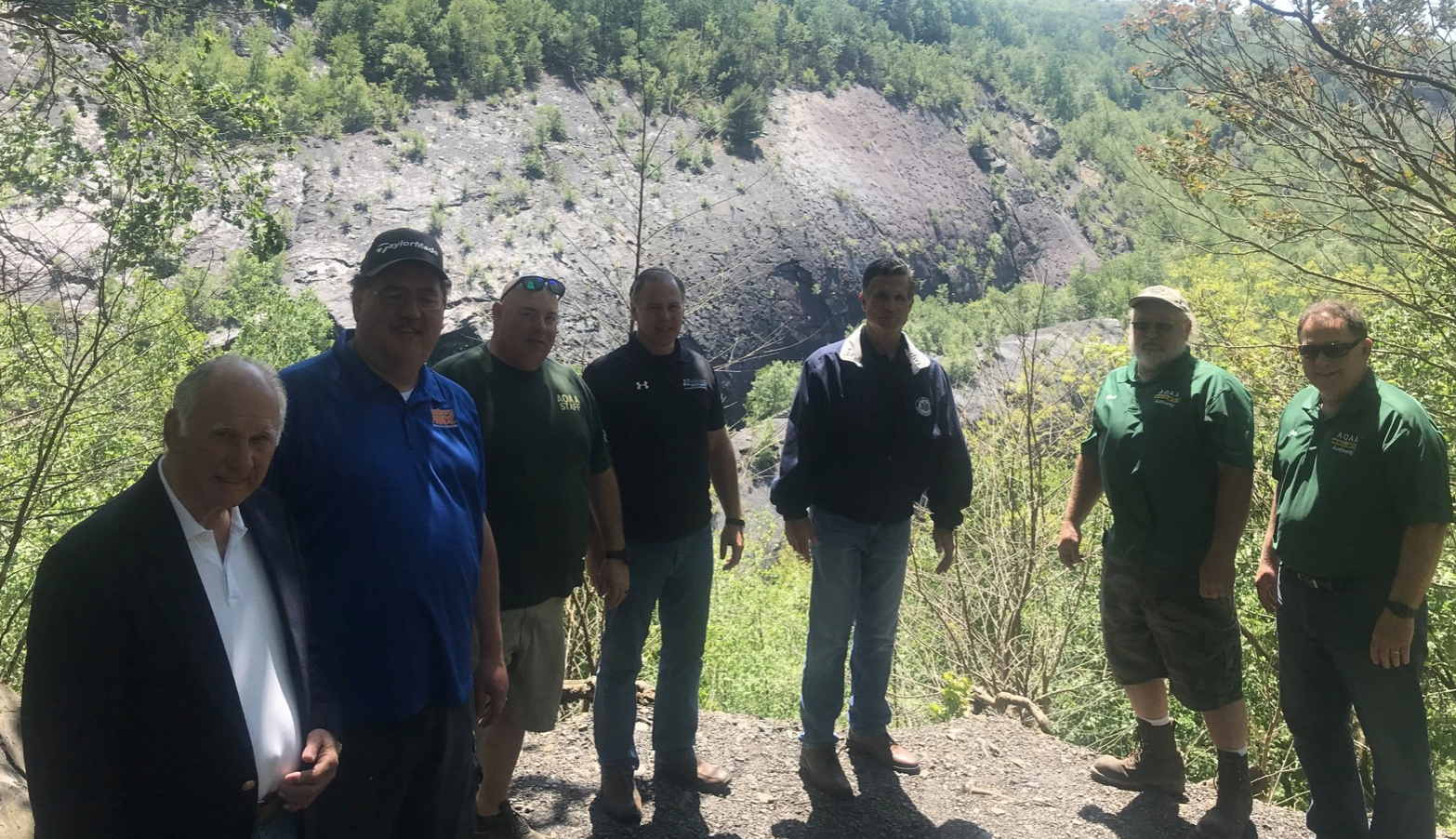 I again want to reiterate my thanks to all of you for your support. I am truly blessed to represent this great district and Pennsylvania in Washington.

Have a great weekend, stay safe and we will see you soon.