We were back in session in Washington, D.C. conducting important work on many different fronts, including work to assist veterans and address the situation at our southern border.

I spoke out on the floor of the U.S. House in support of H.R. 2196, which would reduce the credit hour requirement for the Edith Nourse Rogers STEM Scholarship program of the U.S. Department of Veterans Affairs. The scholarship provides an additional nine months of eligibility for the GI Bill to student veterans pursuing a STEM degree. This could amount to up to $30,000 in benefits. Click here to watch my remarks. 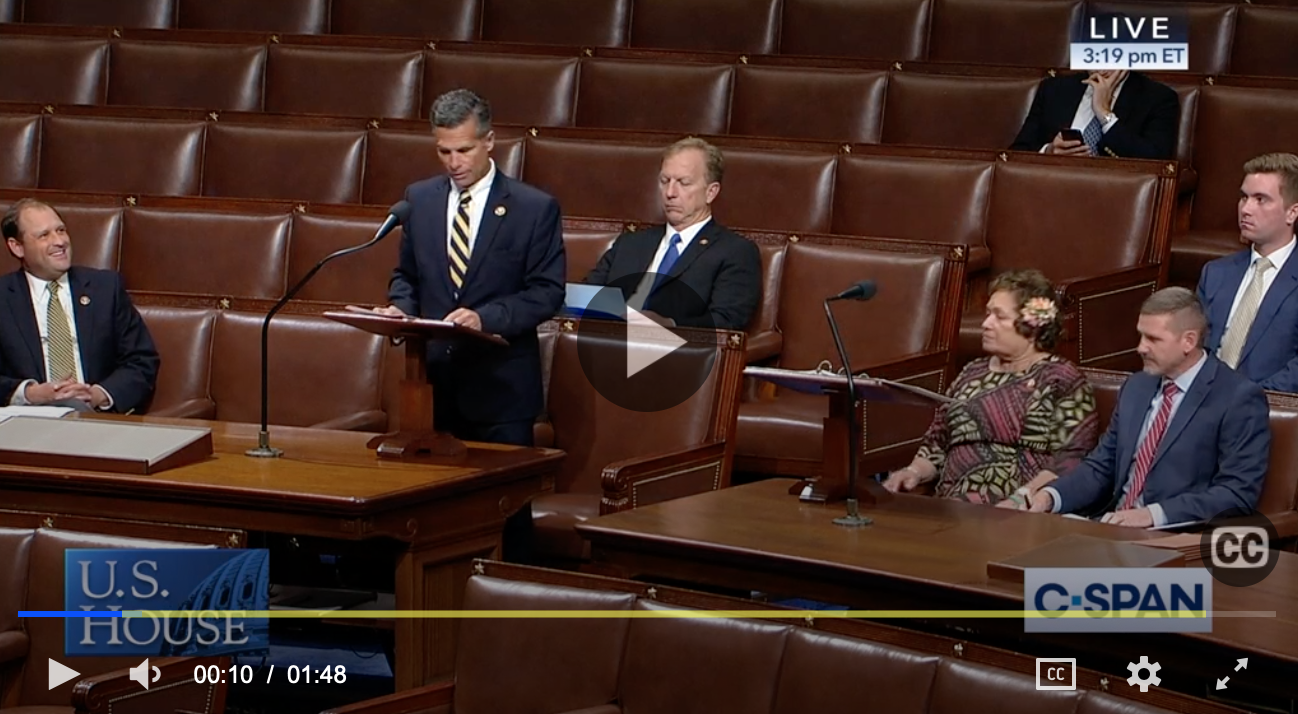 The President signed the Blue Water Navy Vietnam Veterans Act, a bill I proudly co-sponsored. This will help veterans who were exposed to Agent Orange in the offshore waters of Vietnam by giving the eligibility for earned VA benefits.

With the crisis at our southern border is continuing to get worse by the day, I requested a motion for unanimous consent to consider the Senate’s bill to provide humanitarian relief to our southern border. Unfortunately, Democratic leadership denied my request. Click here to watch my remarks. 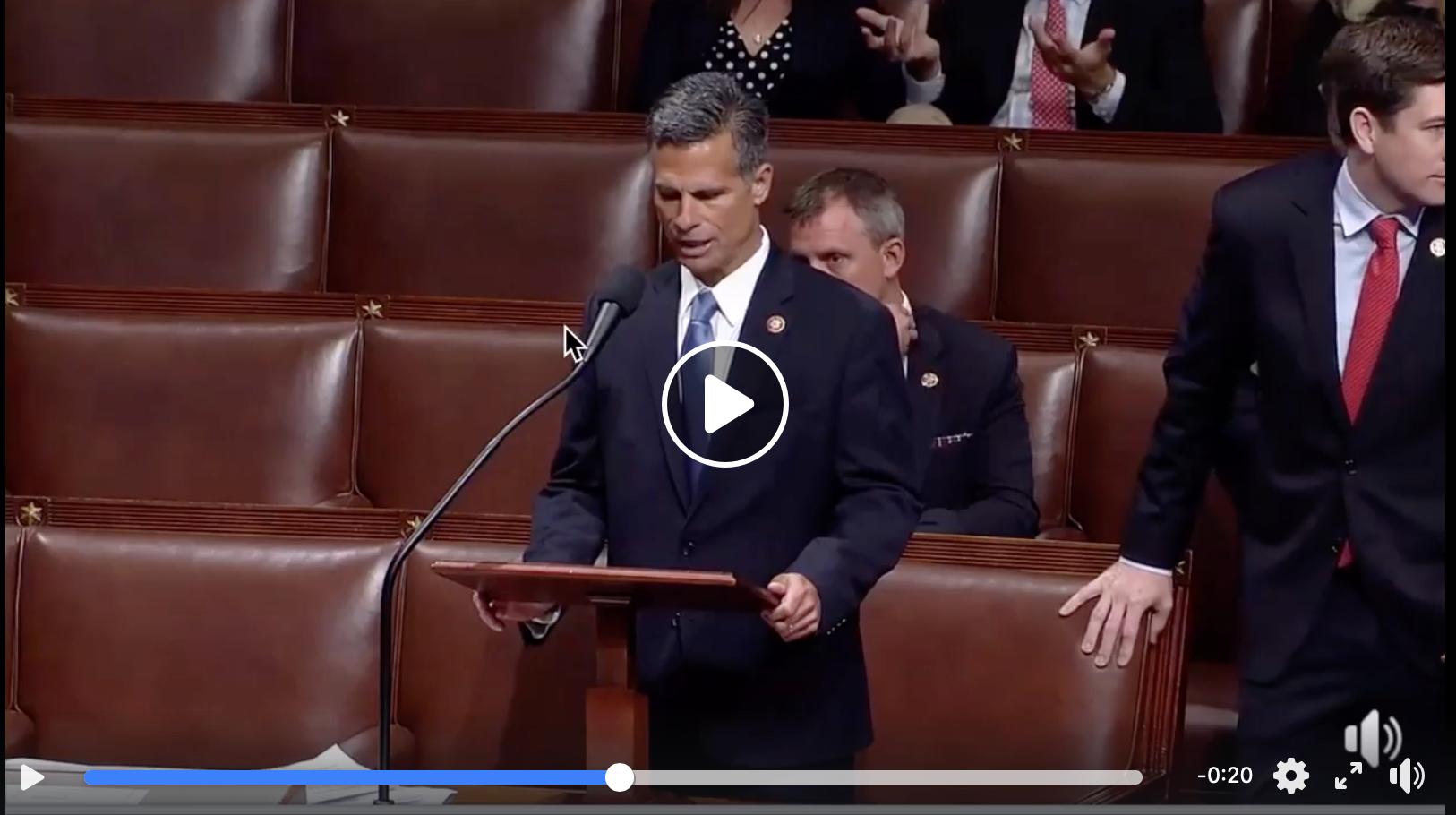 However, with pressure mounting, Speaker Nancy Pelosi finally allowed this important bipartisan package to pass the House and the bill is headed to the President’s desk for his signature. This bill is not perfect, but it brings necessary funding to help deal with the surge of unaccompanied children who have flooded the border. It is truly a shame it took so long to deliver this support, but Democratic socialist extremists worked tirelessly against us. I have never seen a group of individuals work so hard to do NOTHING about such an important issue.

In News You Won’t Read In The Mainstream Media… On the floor of the U.S. House, I spoke about my observations on my first six months in office. Click here to watch. 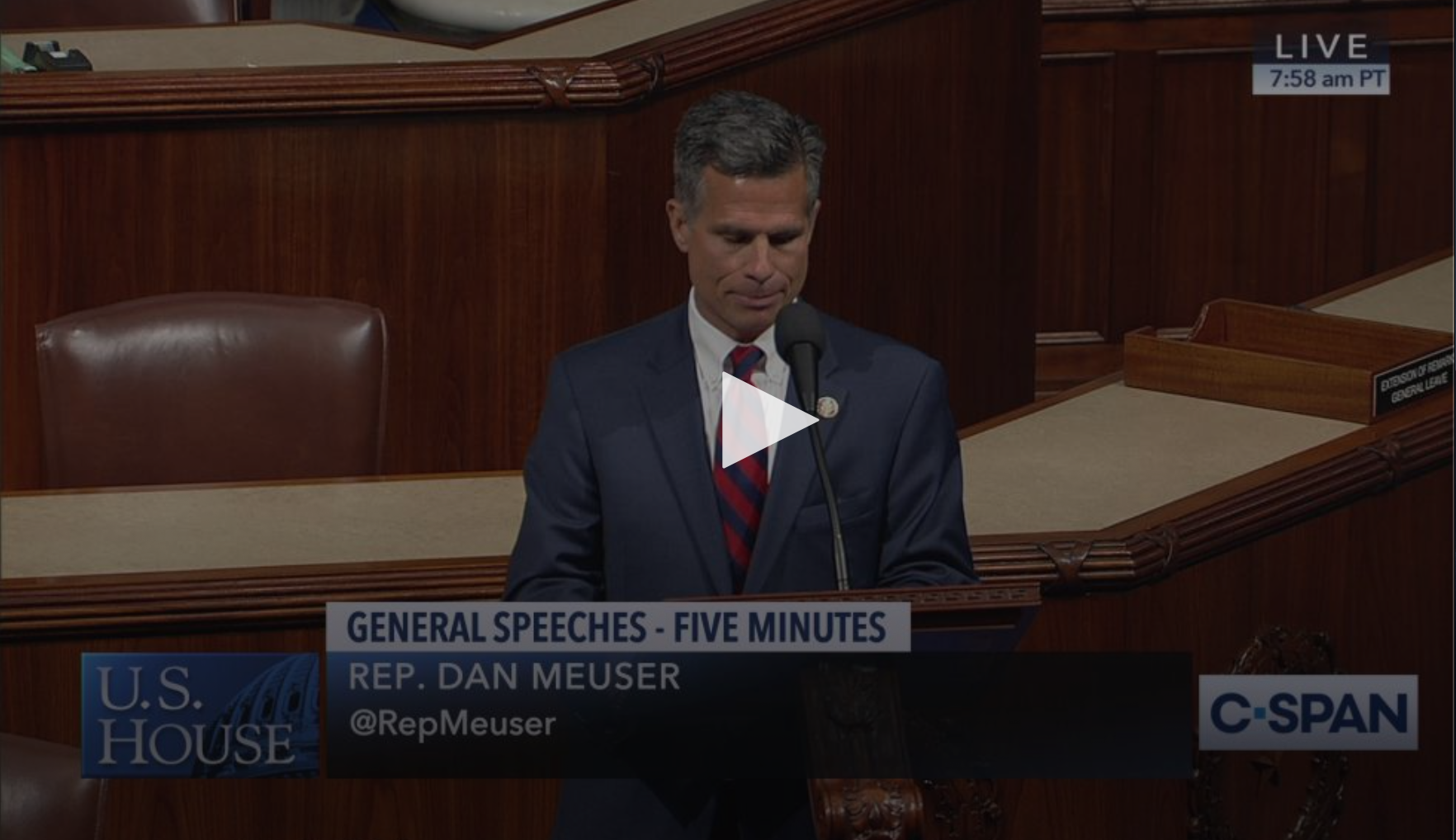 Many of my frustrations in Washington have centered around the lack of action on the crisis at the border and the fact that so many in House Democratic Leadership don't seem interested in working to improve the lives of everyday American families.

Worse yet, Democratic House Leadership has failed to put the USMCA up for a vote, which will unleash the American economy and help workers and businesses. This is a trade package that Mexico has already approved.

Meanwhile, the House Republicans and President Trump are focused on growing the economy for all Americans, a strong national defense which includes orderly and humanitarian border security, reduced healthcare costs, free and fair-trade agreements, regulatory reform and improving the quality of life for American families. We must put Americans First.

It is critical that Republicans win back the United States House of Representatives in 2020. Today, I attended a "Win Back the House" event with House Republican Leader Kevin McCarthy in Pittsburgh. In addition to the Leader, Pennsylvania Republican Congressmen G.T. Thompson, John Joyce, Lloyd Smucker, Mike Kelly and Guy Reschenthaler attended the event along with former Congressman Keith Rothfus. See picture below. After my commentary on the House Democratic leadership, it is refreshing that we have such strong leadership in the Republican House. Leader Kevin McCarthy is keeping us united, focused and supportive of the President as we work on the issues that are important to our nation and the American people. It was a pleasure to spend the day with him and he delivered one of the best speeches I have heard in some time. It was really inspiring.

Now for a little fun. This week, I played in the Congressional Baseball game in Washington, D.C. As a member of the Republican team, we have been practicing for some time (practices were at 5:45am...dedication required.) It was such an privilege to play in this historic game. The best part was witnessing the spirit of camaraderie amongst Republican and Democratic congressional members on the field. I am hopeful we can start to spread more of that spirit in the Capitol. Below are some pictures practicing with Congressman Steve Scalise; in the dugout with Pennsylvania Congressman Brian Fitzpatrck and former MLB Star Jayson Werth, and a fun picture with some of my other Congressional colleagues. I want to thank Penn State Schuylkill for their support. The baseball game raised $1.3 million for the Boys and Girls Clubs. 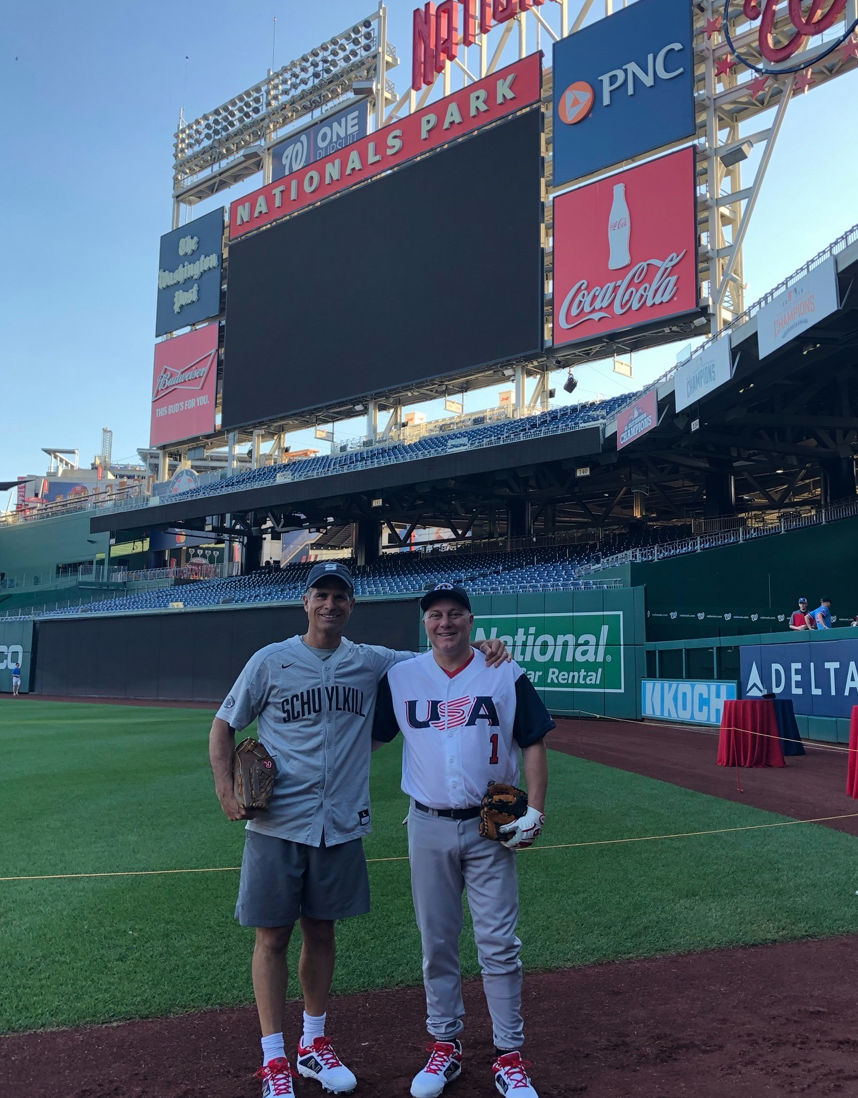 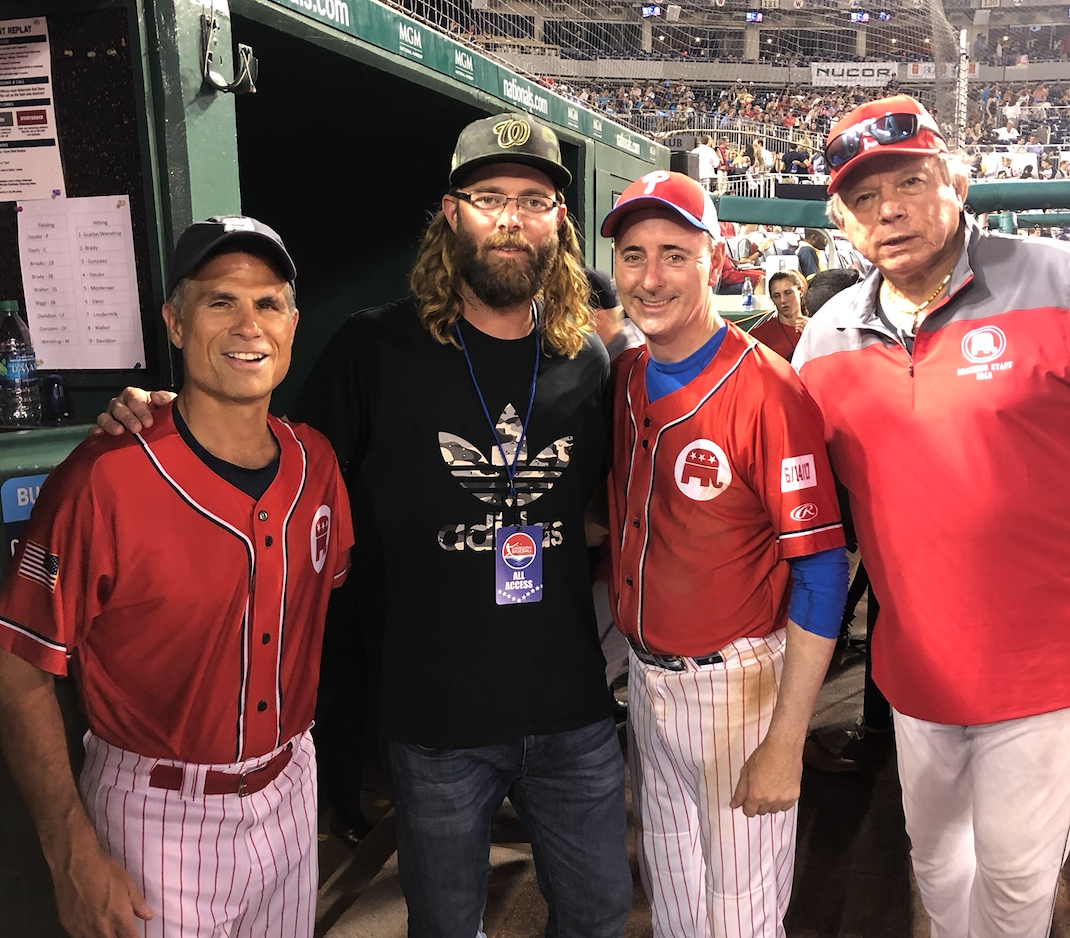 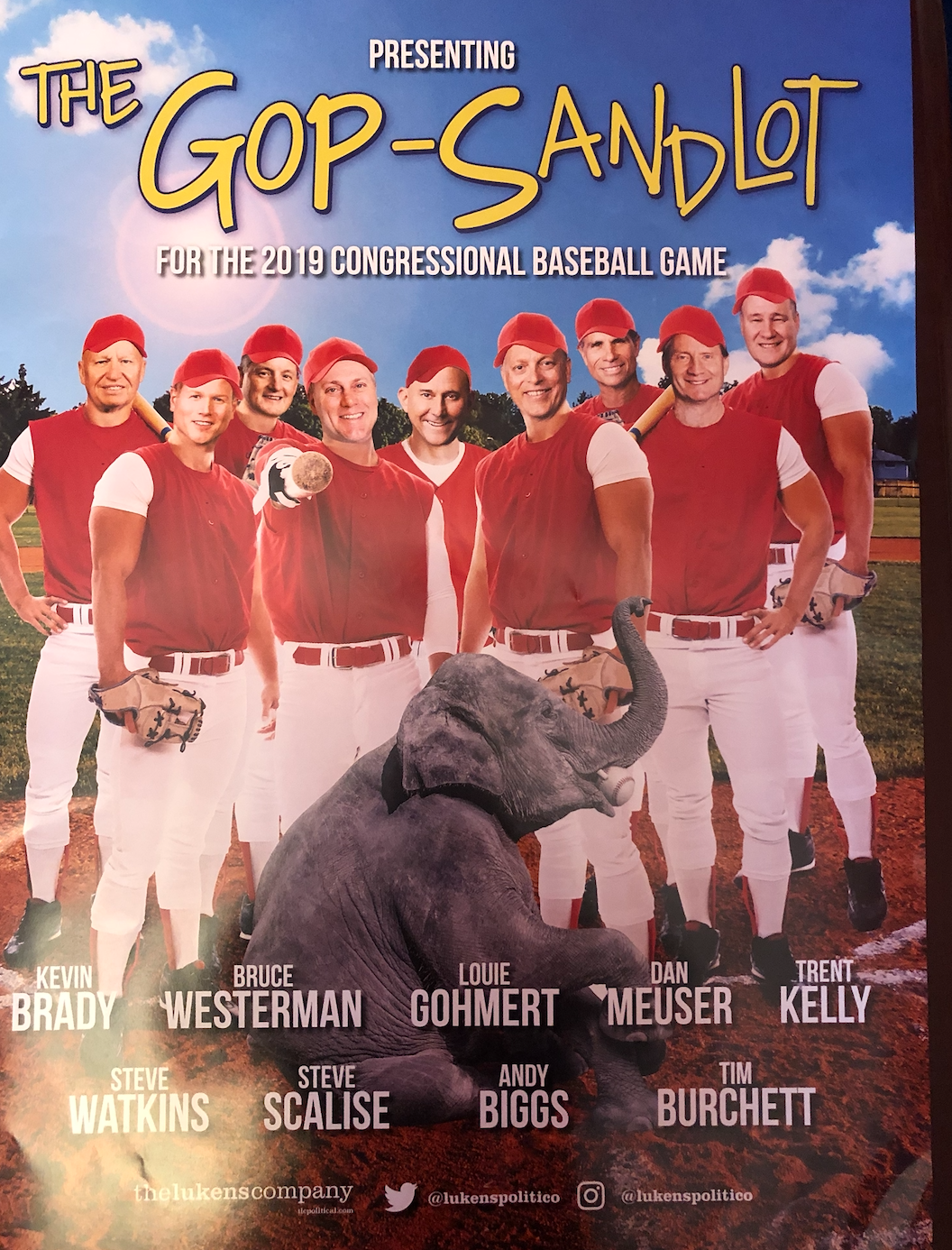