This week, we saw President Donald Trump announce his reelection surrounded by thousands of people. Objectively speaking, the progress our country has made over the past two years is remarkable.

Every piece of public data available... every economic indicator... proves the U.S. economy is in a better place than it has been in fifty years. When I visit businesses, nearly everyone of them is doing very well. When reviewing unemployment data, every demographic is at record lows. Our military is being revitalized and strengthened. On the international stage, corrections and reckonings are taking place regarding NATO, the United Nations and trade.

We have a President that is making a difference. A very positive difference for a very large number of Americans. Is there more work to do? Absolutely. Do we need to continue helping more people in this great American comeback? Yes. This is why I am not only honored to be in Congress and represent the people of the 9th, but privileged to work with this President on Opportunity Zones for our communities, improved trade agreements, and securing our borders. Those are just a few of the many important issues we are working to address.

In Congress, we are dealing with Democratic leadership pushing a very socialist agenda. It is for these reasons that not only do I  wholeheartedly endorse President Trump's re-election campaign, but I want to stress the importance of winning back the U.S. House of Representatives. Pennsylvania is the battleground, key state for victory in 2020. It will be an interesting year and very important to our nation's future. We elect not only the President, but we vote to continue the great American comeback. 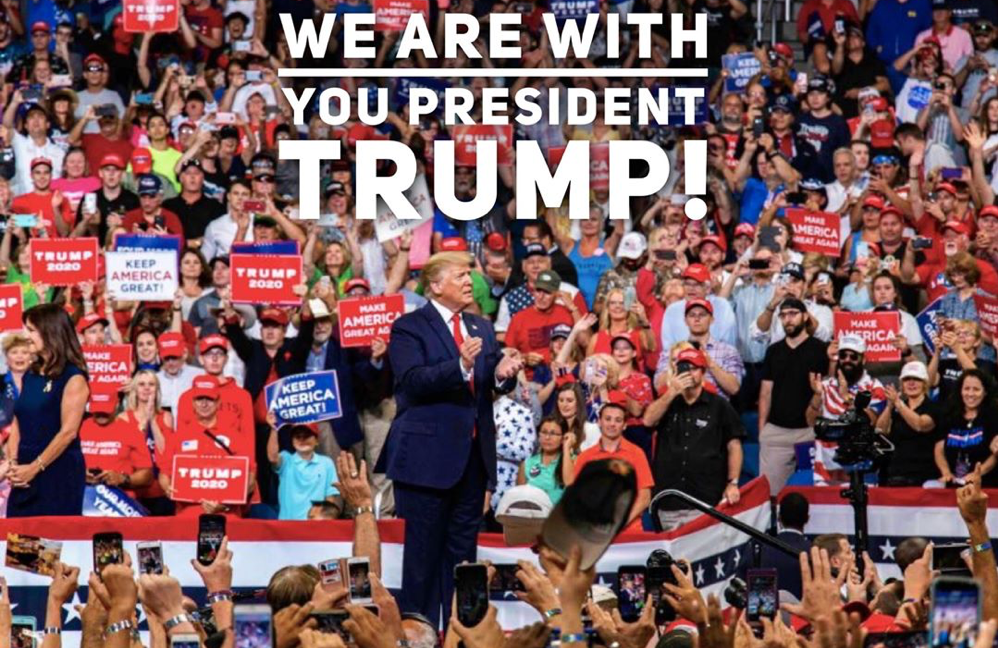 This week I submitted a guest column to PoliticsPA.com. I reflected on my first six months in Congress representing the 9th Congressional District. It is an incredible honor to represent the people of our District and I enjoy meeting so many hardworking and courageous people both in the District and in Washington. With that being said, my time spent in the halls of the U.S. House have been at times very frustrating. Congress has the opportunity to address so many critically important issues facing our nation, especially dealing with the worst national security and humanitarian crisis our nation has ever faced at our southern border. But Democratic leadership in the U.S. House refuses to act. We must secure our border as soon as possible. This is an issue that literally gets worse by the day. 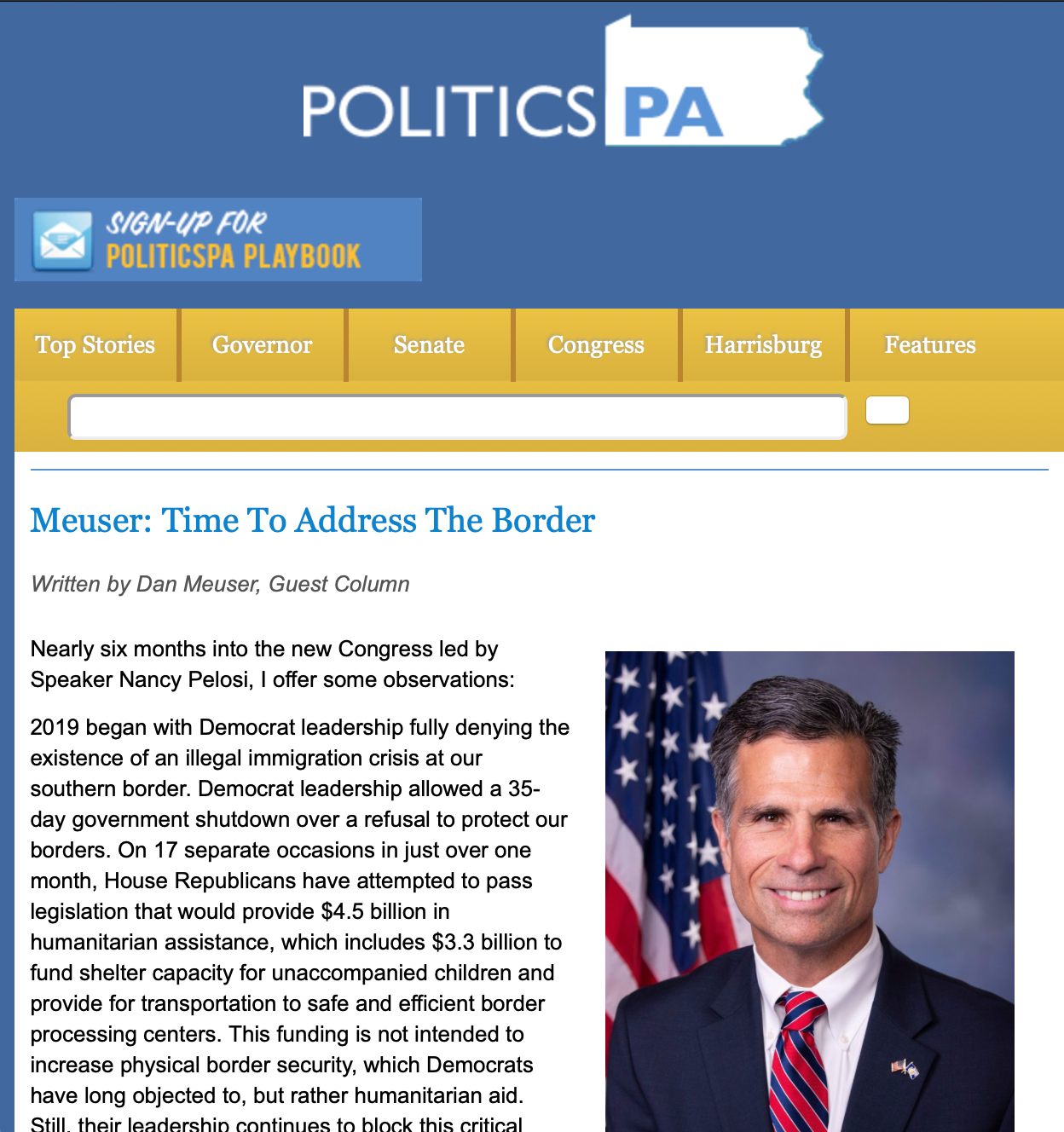 On another important issue, Democratic leadership has again failed the American people by failing to pass the United States-Mexico-Canada Agreement (USMCA). Mexico has become the first nation to approve the measure. It is time we joined them.

Congratulations to Dr. Art Laffer for being awarded the Presidential Medal of Freedom by President Donald Trump. I did have a chance to meet with Dr. Laffer the day prior to his receiving this award and we had a detailed economic discussion. 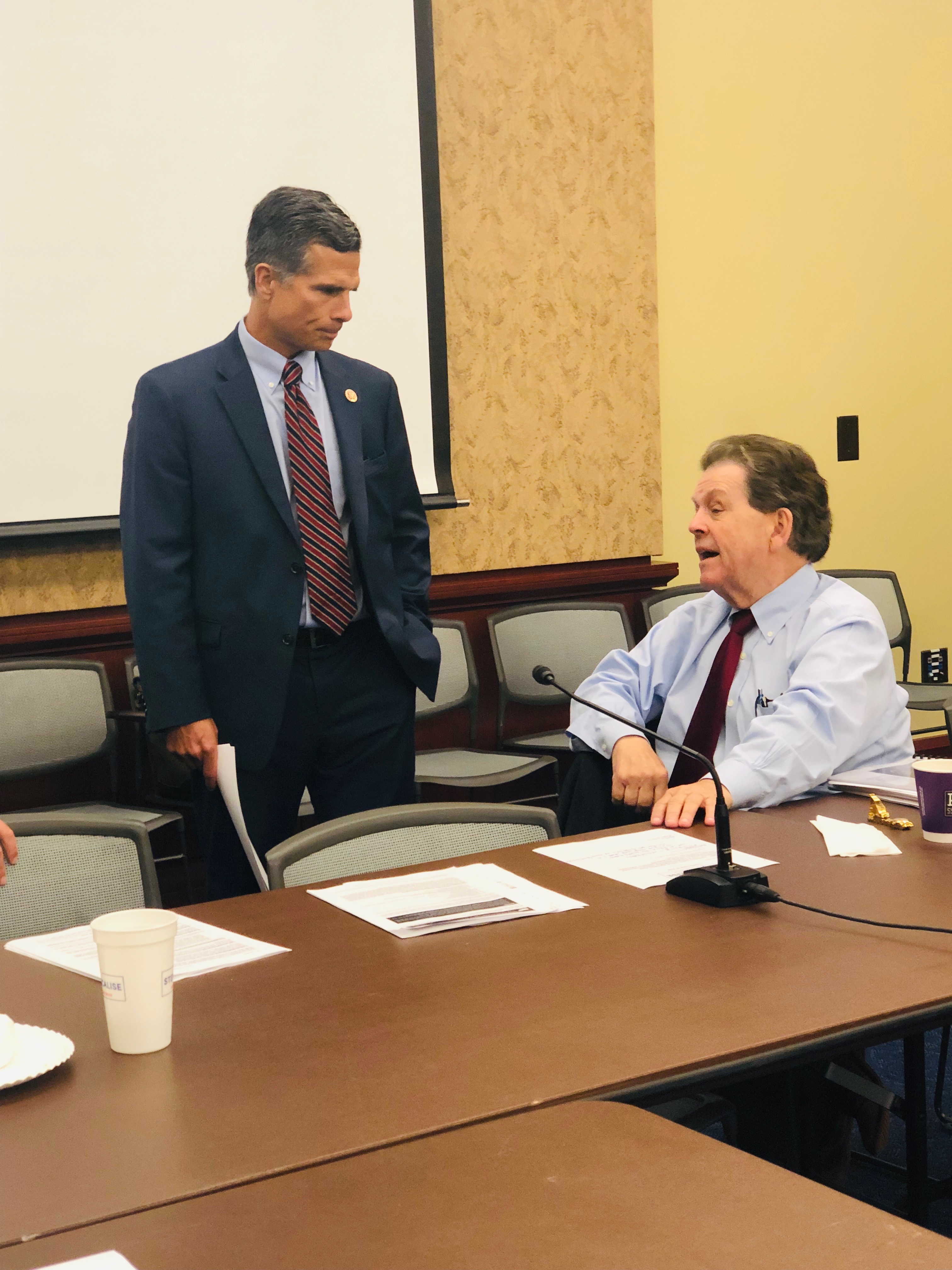 Now, for our weekly recap of special events. On Saturday morning, I attended the Lebanon County Firefighters Association Convention where I was joined by State Representative Frank Ryan and Lebanon County Commissioner Bob Phillips. These brave men and women dedicate their lives to saving ours and I will always put their needs first. The first caucus I joined in Congress was the Fire Services Caucus and that is because of the tremendous respect I have for the work firefighters and first responders do everyday to keep us safe. 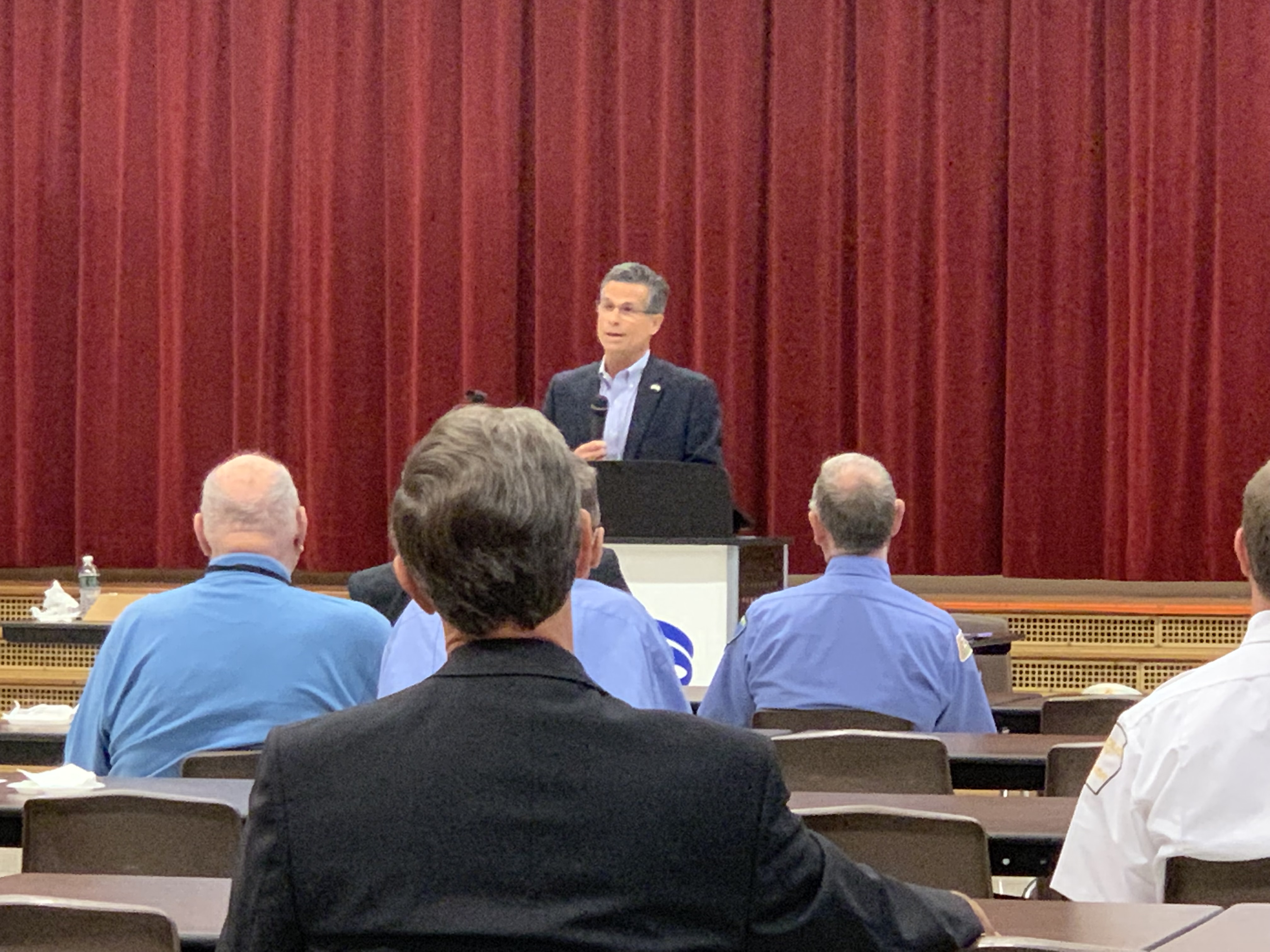 Before going to Washington, D.C., I moderated an Economic Development Forum at Penn State Schuylkill with SBA Mid-Atlantic, HUD Mid-Atlantic, and USDA Rural Development Pennsylvania. Revitalization and fostering renewed growth in the 9th Congressional District are a top priority. Click on the following link to read a recap of the event from The Republican Herald-Standard. I am pictured with HUD Assistant Deputy Secretary for the Office of Field Policy and Management as well as Regional Administrator for the Mid-Atlantic region Joe DeFelice, Mid-Atlantic Regional Director of SBA Michele Christian, President and CEO of the Schuylkill Chamber of Commerce Bob Carl, Pennsylvania State Director for the USDA Curt Coccodrilli, and Chancellor of Penn State Schuylkill Dr. Patrick Jones. 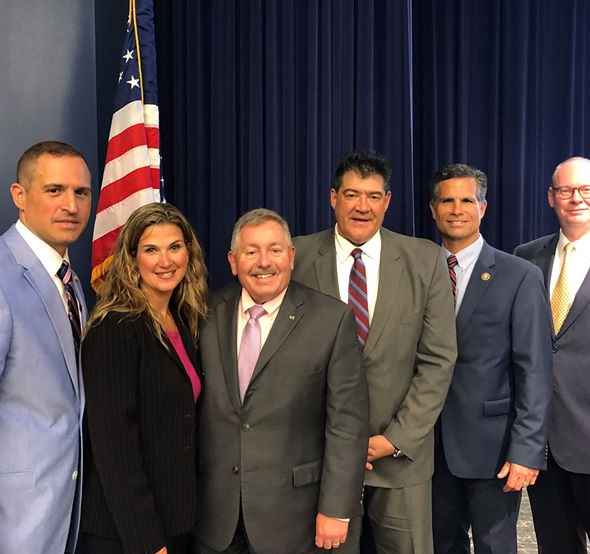 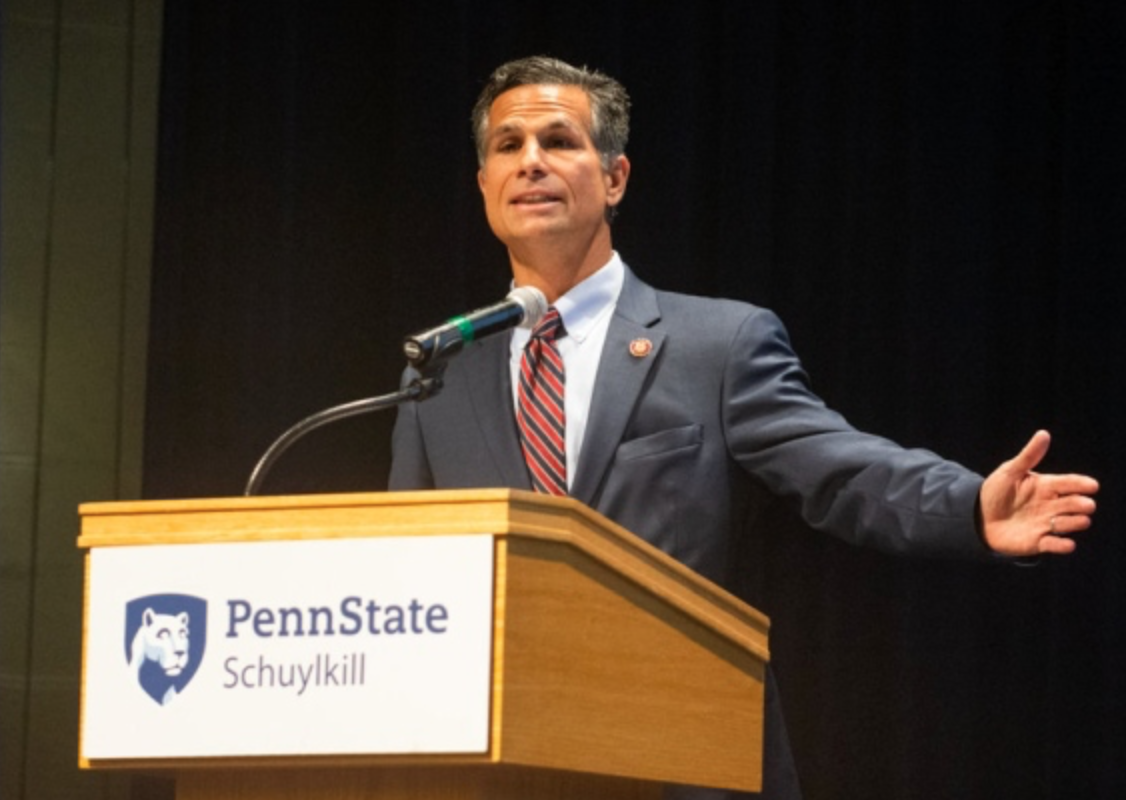 In D.C., I attended an event to commemorate the 75th birthday of the GI Bill. This is a critical and necessary measure to provide our nation’s bravest warriors and their families support in paying for college, graduate school and training programs. 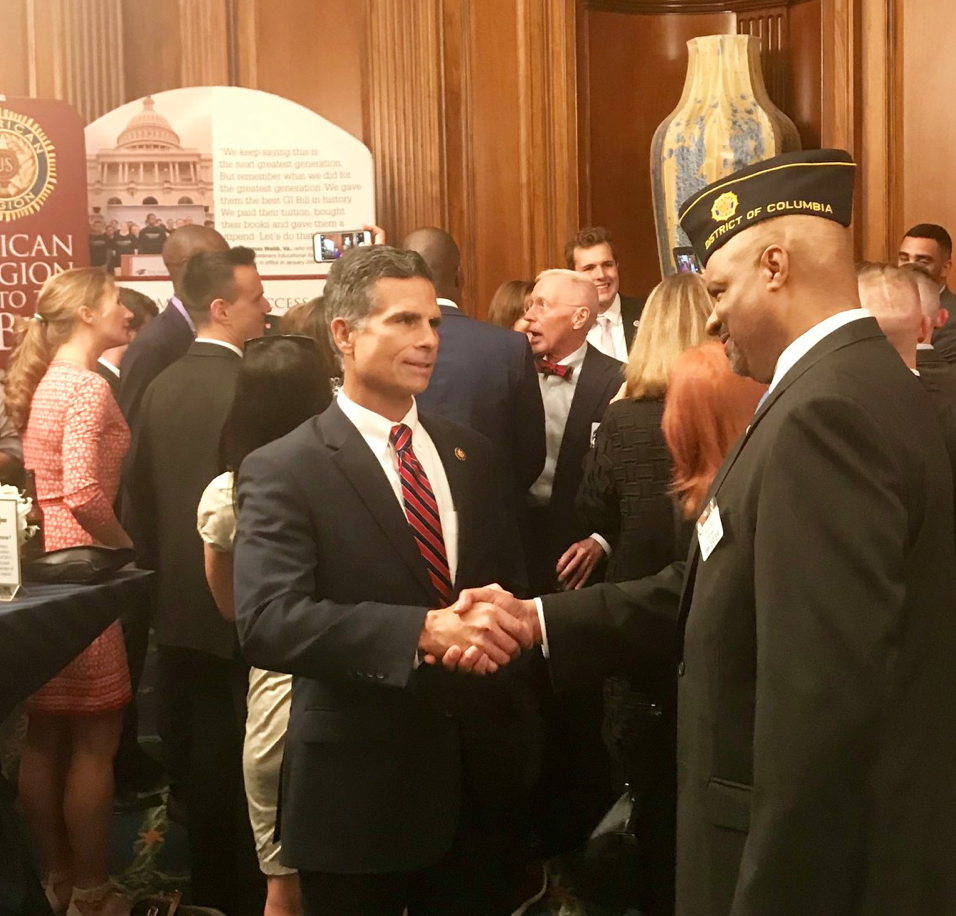 I had a meeting with the CEO of Wise Foods and Senior Vice President of Unique Pretzels to discuss some legislative issues that are important to the food industry. These great Pennsylvania companies employ hundreds of people in our District and make the best potato chips and pretzels in the world. Just buy a bag and you will be convinced. It was a pleasure hosting them in our Washington, D.C. office. 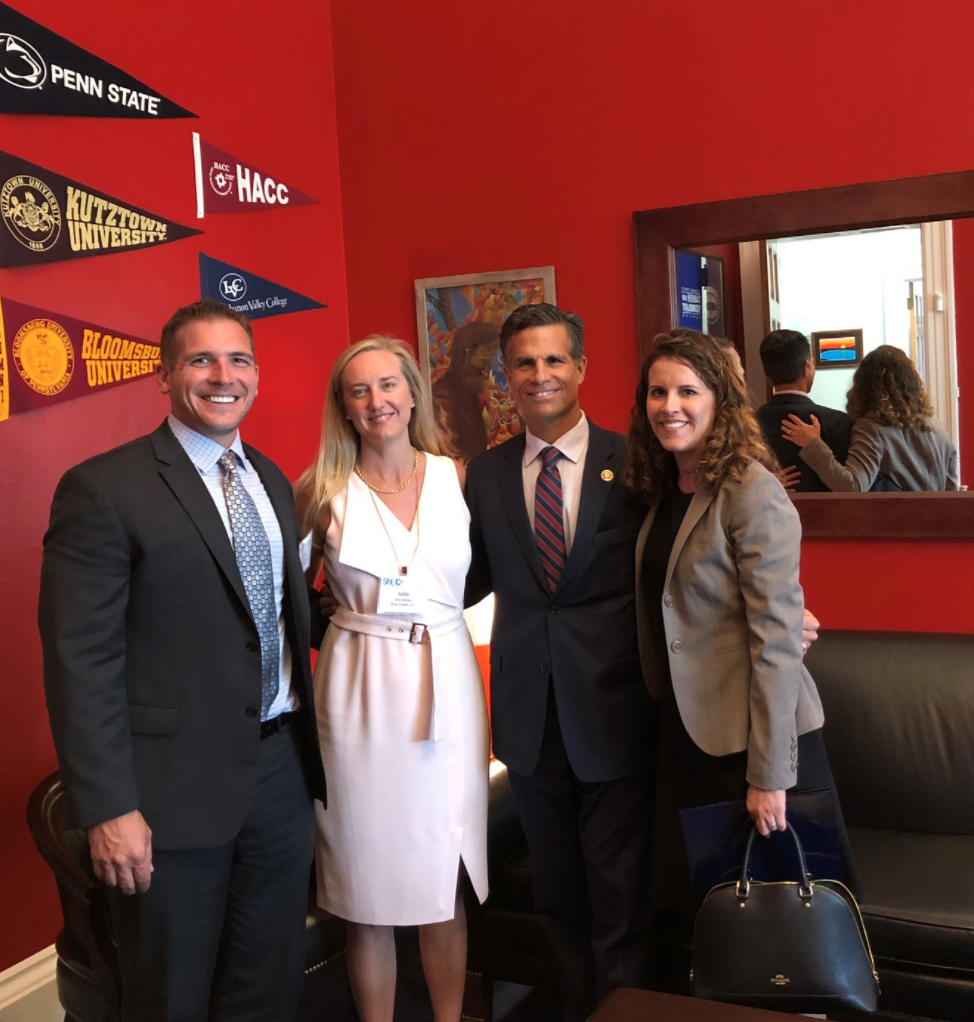 Yesterday, I voted against H.R. 2470, a partial Fiscal Year 2020 appropriations bill, which was filled with nearly $1 trillion in discretionary spending. Democratic leadership has put wasteful spending and politics ahead of fiscal responsibility and doing what is best for the American people.

This week, I also held a successful event in Harrisburg hosted by State Senate President Pro Tempore Joe Scarnati. It was great to see so many of my former colleagues from my days working in Harrisburg. Senator Scarnati is a tremendous leader in our state legislature and an even better friend. I appreciate all he does for Pennsylvania and we are working together to create synergies between federal and state governments.

Last night, we hosted Congressman Jim Jordan (OH-4) for an event in Berks County. I want to thank Mike Duff, the Senior Vice President of Government Affairs for Penske Truck Leasing, for hosting this event. We then traveled to speak to the Berks County Republican Committee at their annual dinner. We want to thank Berks County Chairman Clay Breece for a wonderful event.

Congressman Jordan is a leader in our Republican Party and is well-known for standing up and fighting for issues important to the American public. He currently serves as the Ranking Member of the House Oversight Committee. We have a great relationship in Washington and I truly admire his service and passionate advocacy on the many conservative issues we both care about. Hosting him today in Berks County is a great honor. 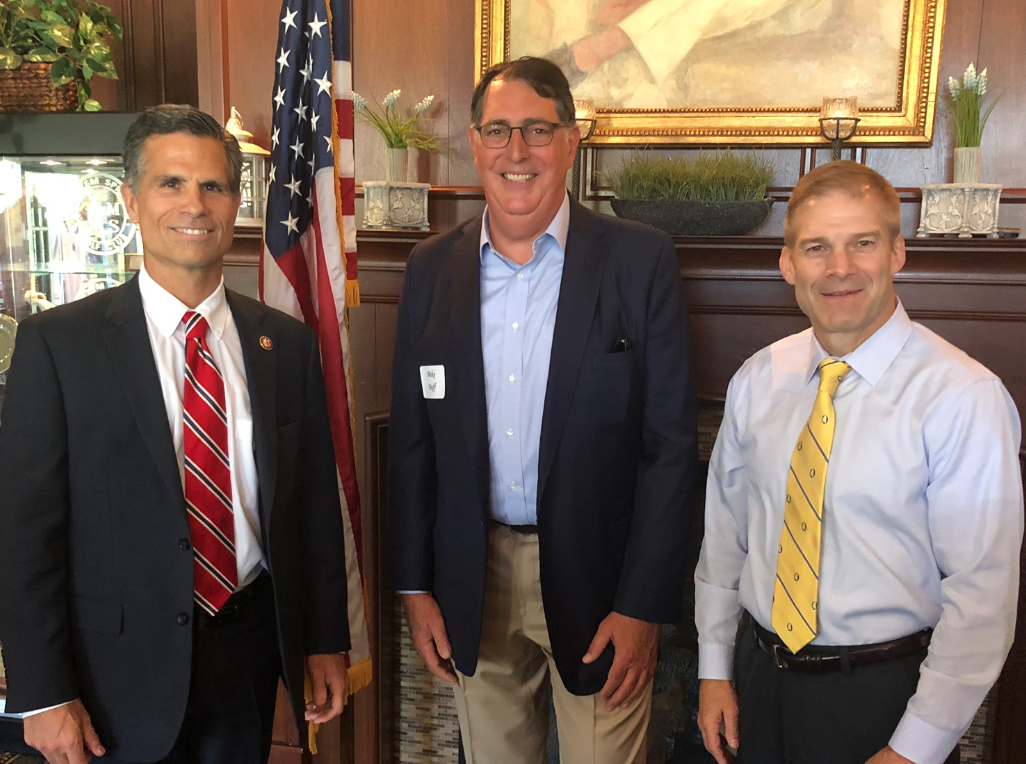 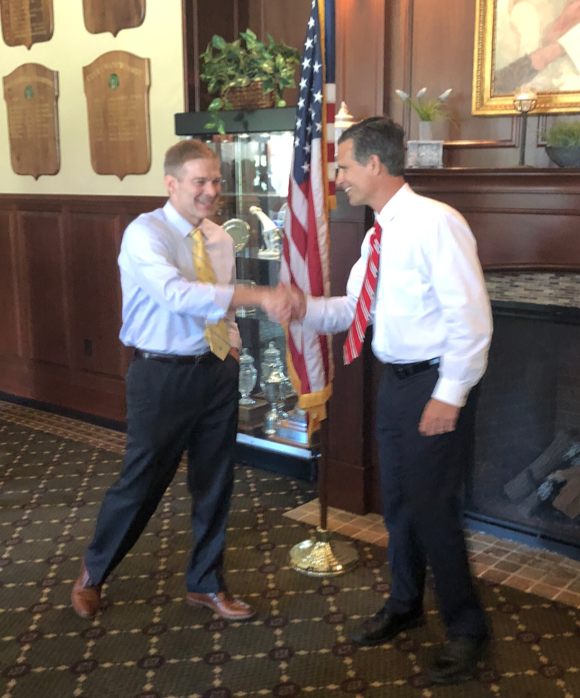 In News You Won’t Read In The Mainstream Media: In the last two years, Pennsylvania's economy has thrived.

The economy is thriving and that is a direct result of the America First Agenda being advanced by President Trump and Congressional Republicans. And as former President Ronald Reagan believed a strong economy is our best defense, I believe that job creation is the number one tax revenue generator. We always need to focus on more taxpayers, not higher taxes.