This week, we were in Washington, D.C. While the mainstream media is working overtime to support the Democrats by doing anything they can to distract the public from their failures, the truth is that people are severely frustrated by the impact of the policies of the Biden administration and extreme liberals. 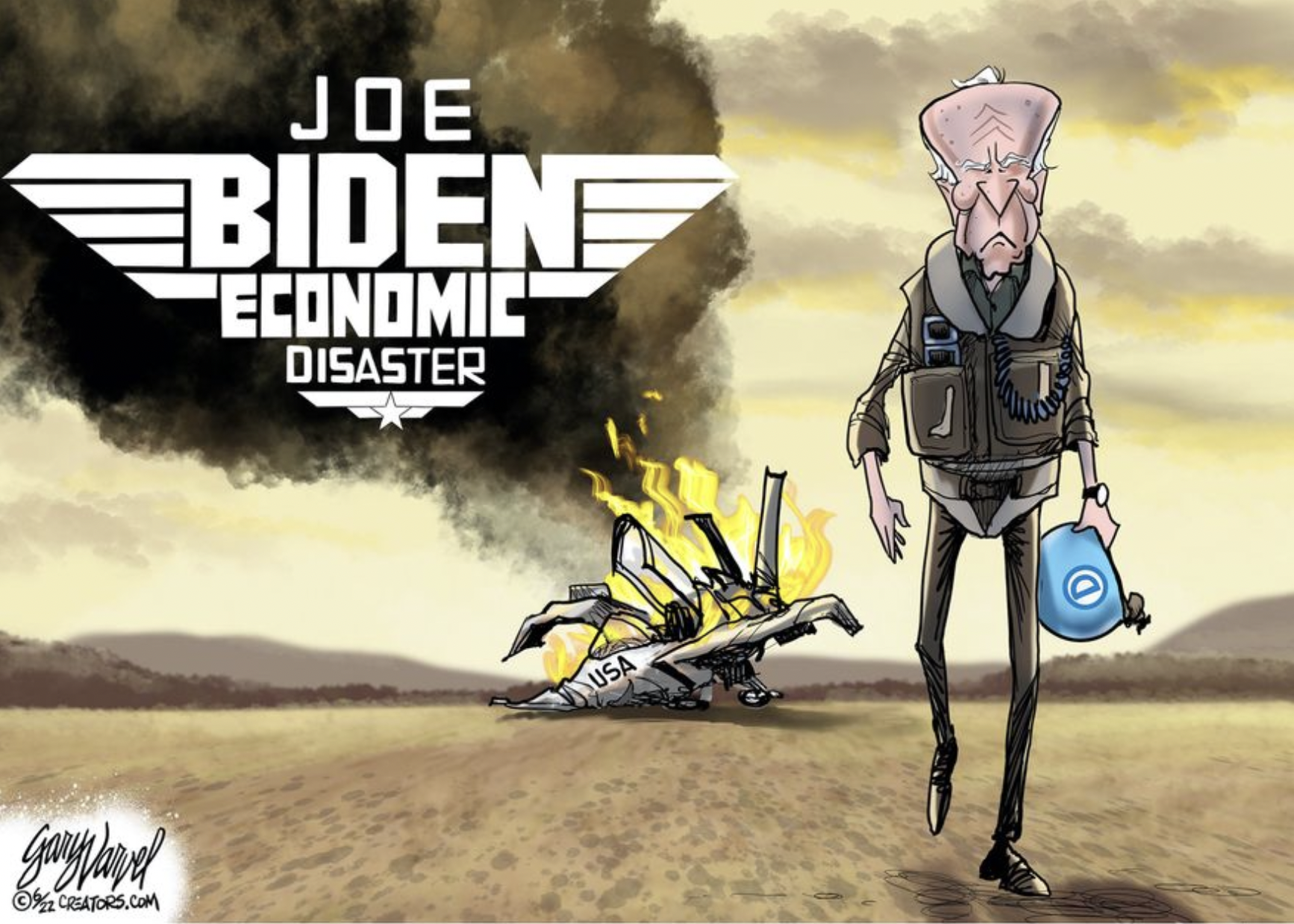 Biden has no plan to curb high energy prices or record inflation. President Harry Truman was famous for the saying, “the buck stops here.” Biden is more apt to ‘pass the buck.’ Biden’s answer is to blame the federal reserve for inflation and tap the strategic petroleum reserve to cut a few pennies off the price of a gallon of gas. Meanwhile, Americans continue to pay historic prices at the pump, face sticker shock and a lack of goods at the supermarket and wonder which utility company will raise their rates next. We have gone from an energy-independent nation to one at the mercy of OPEC and Russia, with consequences rattling the world economy. Yet, Biden tells us this is the most robust economic recovery in American history.

Who do you believe… Biden or your lying eyes?

It’s time to embrace the truth and do what works. We need responsible domestic energy production, lower taxes to rev up our economy, stop reckless spending and reduce the economic burden on Americans. We need the courage to change course! I wrote an op-ed on this subject that was published by The Hill. Click here to read.

Extreme liberal policies are being rejected. Want proof? San Francisco voters went to the polls and overwhelmingly rejected socialist, weak-on-crime policies that have made their streets unsafe. San Francisco, known as the epicenter of liberal thought and policy, voted to recall District Attorney Chesa Boudin. A former public defender, Boudin implemented several ‘reforms,’ including liberalizing bail and emptying jails during the pandemic. The result was unsafe streets, increased thefts, homelessness, rampant drug use (including overdoses on the streets), littering and human waste on the streets. You can’t treat criminals like they are victims.

We must support our police and focus on public safety. This must be a top priority of any elected official. The American people are fed up with crime-ridden cities induced by soft on crime, anti-law & order prosecutors. I joined The Evening Edit on Fox Business to discuss the rampant crime in American cities and the revolt against liberal, pro-crime prosecutors who disregard public safety for their political agenda. Click here or below to watch. 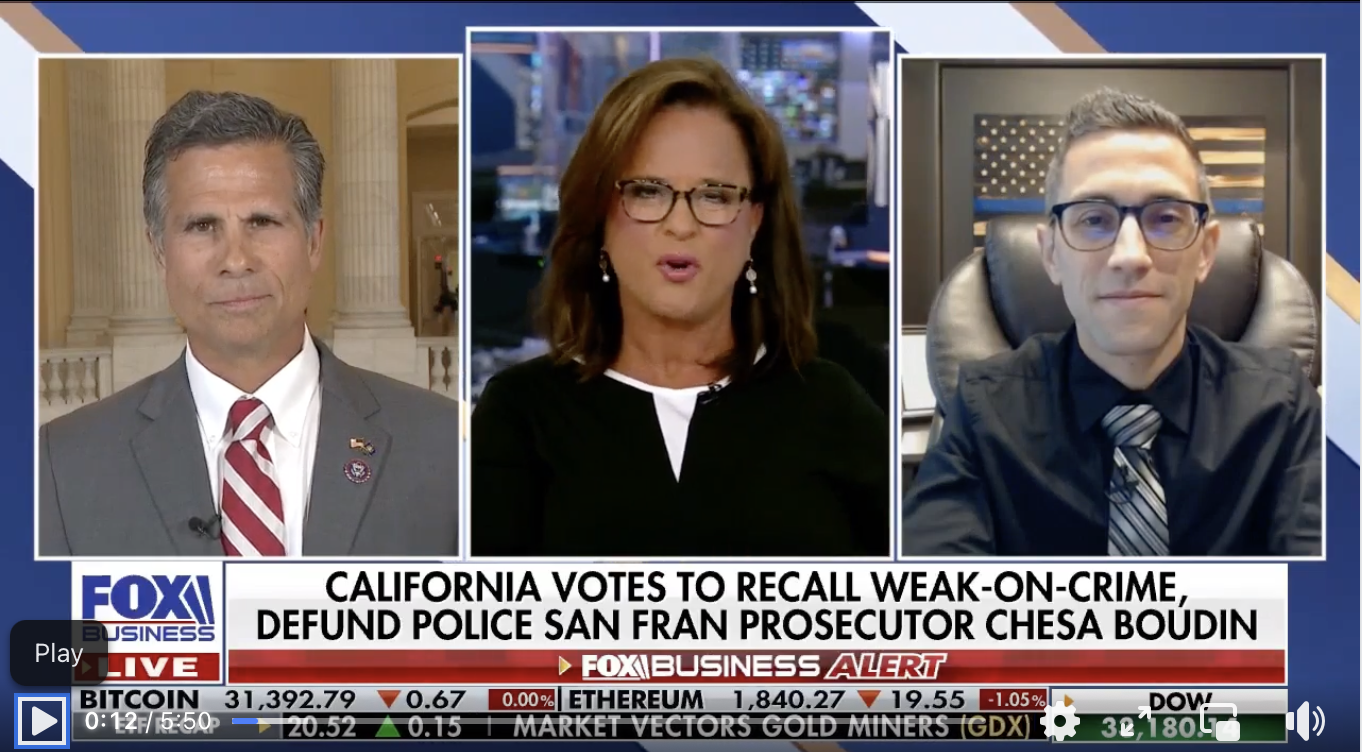 I had the privilege of meeting Enes Kanter Freedom, a former third-round NBA draft pick and successful professional basketball player. He addressed the Republican Study Committee to discuss China and the Uyghur genocide. Born in Switzerland and raised in Turkey until he was a teenager, Kanter became an American citizen on November 29, 2021, and legally changed his name to Enes Kanter Freedom at the same time to mark the occasion. Despite intense corporate opposition, Enes Freedom has become a leader in standing up to the Chinese Communist Party and the significant human rights offenses that occur there. His message was powerful, and he was incredibly impressive. 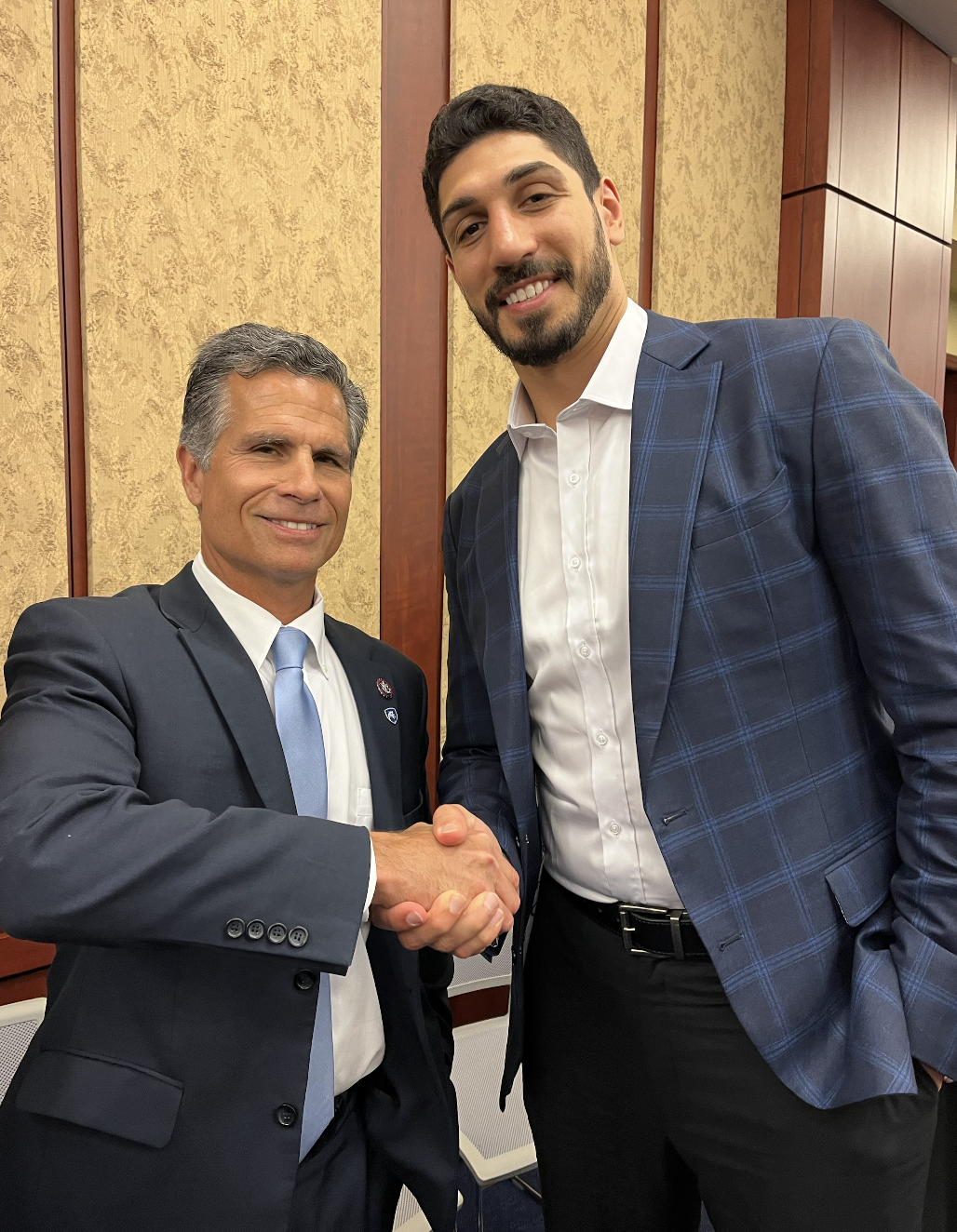 I met with the Ukrainian National Information Service Philadelphia Metropolitan Branch on Thursday. We were joined by Ukrainian Youth Civics Group Chair Iryna Galaj, Ukrainian Congress Committee of America Chair Eugene Luciw, Jurij Trypypenko, Archbishop of Philadelphia Ukrainian Catholic Chair Borys Gudziak, Ukrainian Human Rights Committee Chair Ulana Mazurkevich. This organization has been serving the Ukrainian-American community since 1977. We spoke in-depth about the ongoing Russian invasion of Ukraine and America's strong commitment to their country. In addition to horrific humanity crimes being carried out by Putin and the Russian military, they are now blocking Ukrainian grain exports, which will result in a global food shortage, especially in countries that can least afford it,  like Somalia. The people of Ukraine have shown tremendous resolve in the face of unbelievable odds. We must continue to support Ukraine and its people.

To give you a perspective of just how horrific the damage has been, I want to share a picture given to me at the meeting. The picture below shows a Ukrainian girl, a senior in high school. She is standing in front of the ruins of her school on her way to prom. God bless this young girl and all the Ukrainian citizens fighting for freedom. 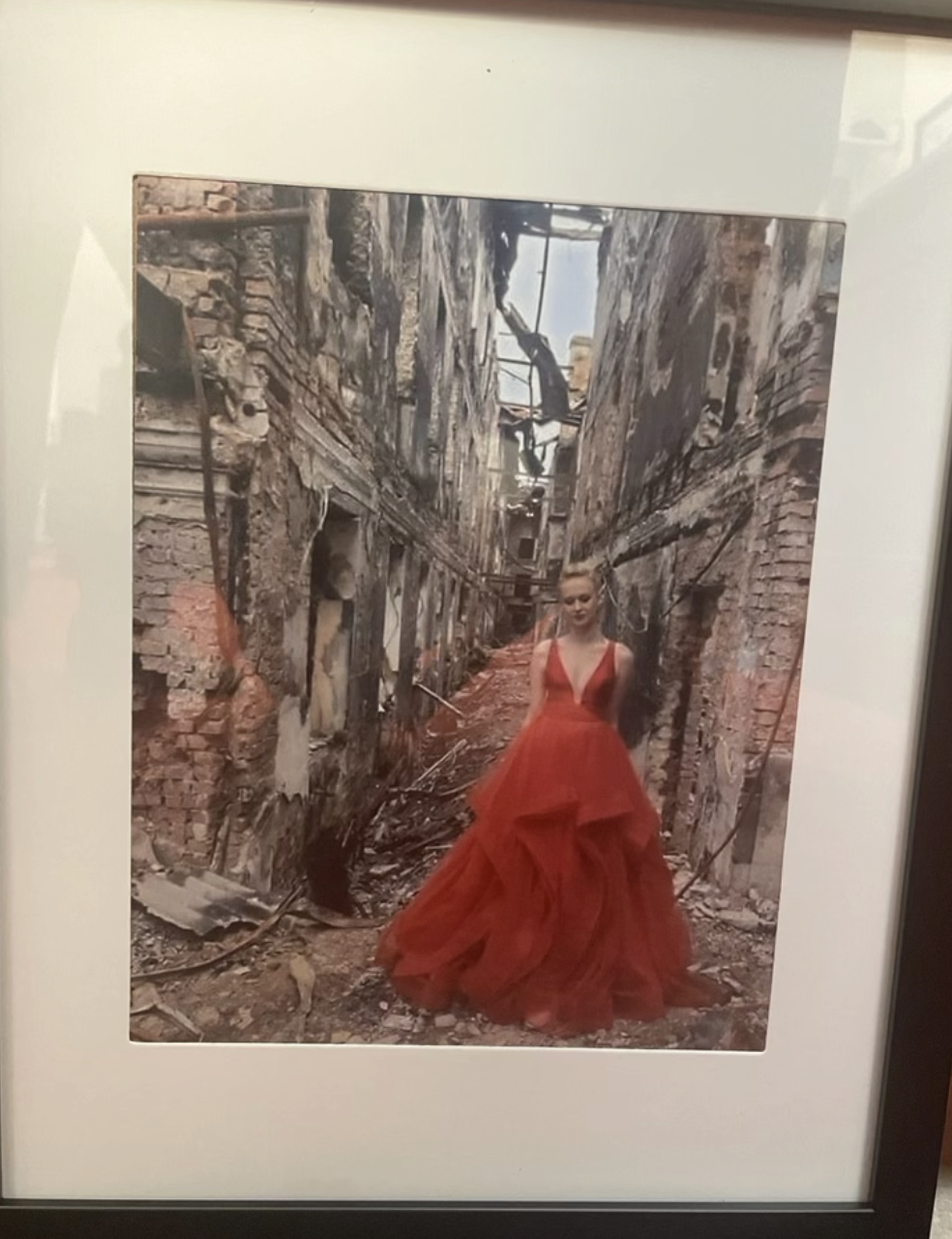 IN NEWS YOU WON’T HEAR IN THE MAINSTREAM MEDIA: May’s Consumer Price Index (CPI) was released, and it was another Biden disaster. Since Biden and the Democrats passed their $1.9 trillion spending bill, inflation has outpaced monthly wages.

Inflation is going through the roof, and real wages are down. In Joe Biden’s America, you must break out your Jimmy Carter sweater and put a gas can in your car… it’s a self-inflicted disaster. The families struggling to put food on the table, fill their cars and find baby formula deserve answers, yet Biden doesn’t care.

The solutions to these issues are commonsense. But they require the Biden administration to admit their mistakes and change direction.

Unfortunately, the Biden administration and congressional Democrats are committed to this failed agenda. The only solution is to show the Democrats the door by electing new Republican majorities in Congress. I am committed to helping ensure we elect a Republican majority in the U.S. House of Representatives and retiring Speaker Pelosi. That starts in Pennsylvania as Republicans have a few pick-up opportunities. Over the coming weeks and months, I will be working to highlight these candidates so we can accomplish this critical goal.