First of all, I want to wish a Happy Mother's Day to the two best mom's I know… my mom, Maeve, and my wife, Shelley. I also want to extend a Happy Mother's Day to all the moms out there. As one of our greatest presidents, Abraham Lincoln, once said, "All that I am, or hope to be, I owe to my angel mother." (Pictured below with Shelley and my mom) 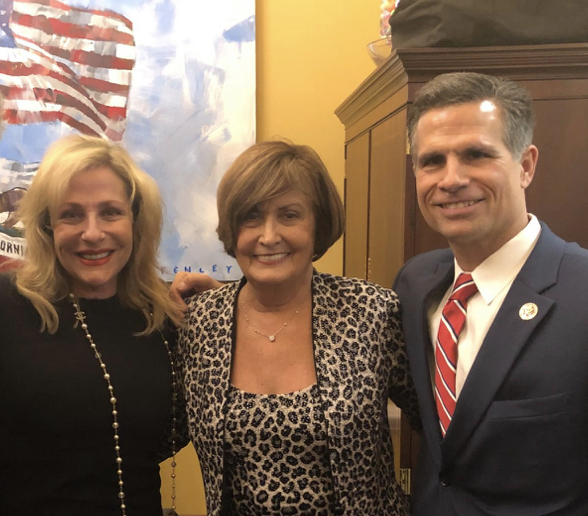 This week, the Biden Administration and liberal Democrats got their report card on their handling of the economy… it was a grade that most children wouldn't want to take home to their moms. The economy only added 266,000 jobs in April, falling well short of projections. Small businesses are struggling to fill positions. The extreme liberal agenda of the Biden Administration, Speaker Nancy Pelosi and Senate Majority Leader Chuck Schumer have created too many incentives not to work. See the cartoon below that encapsulates the current situation American businesses are facing: 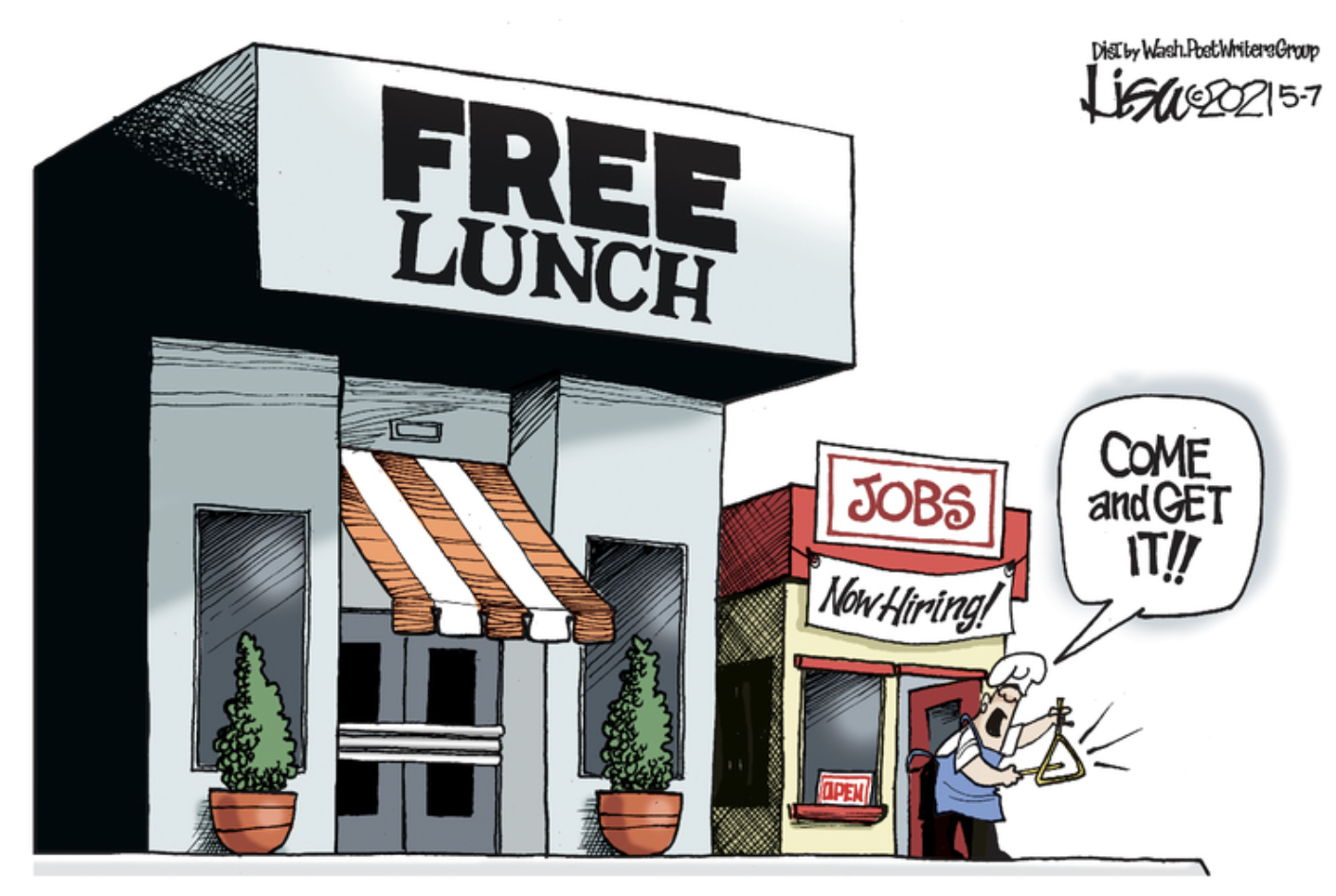 What's worse is that the report could have been even worse had it not been for the addition of 187,000 workers in restaurants and bars as well as 72,700 gambling, amusements and recreation workers. Without those jobs coming back online after the pandemic, April job numbers would have been virtually unchanged from last month.

I appeared on Mornings with Maria on Fox Business to discuss the Biden Administration's continued push for his big-government, higher taxes spending plan. Click here or below to watch my interview. 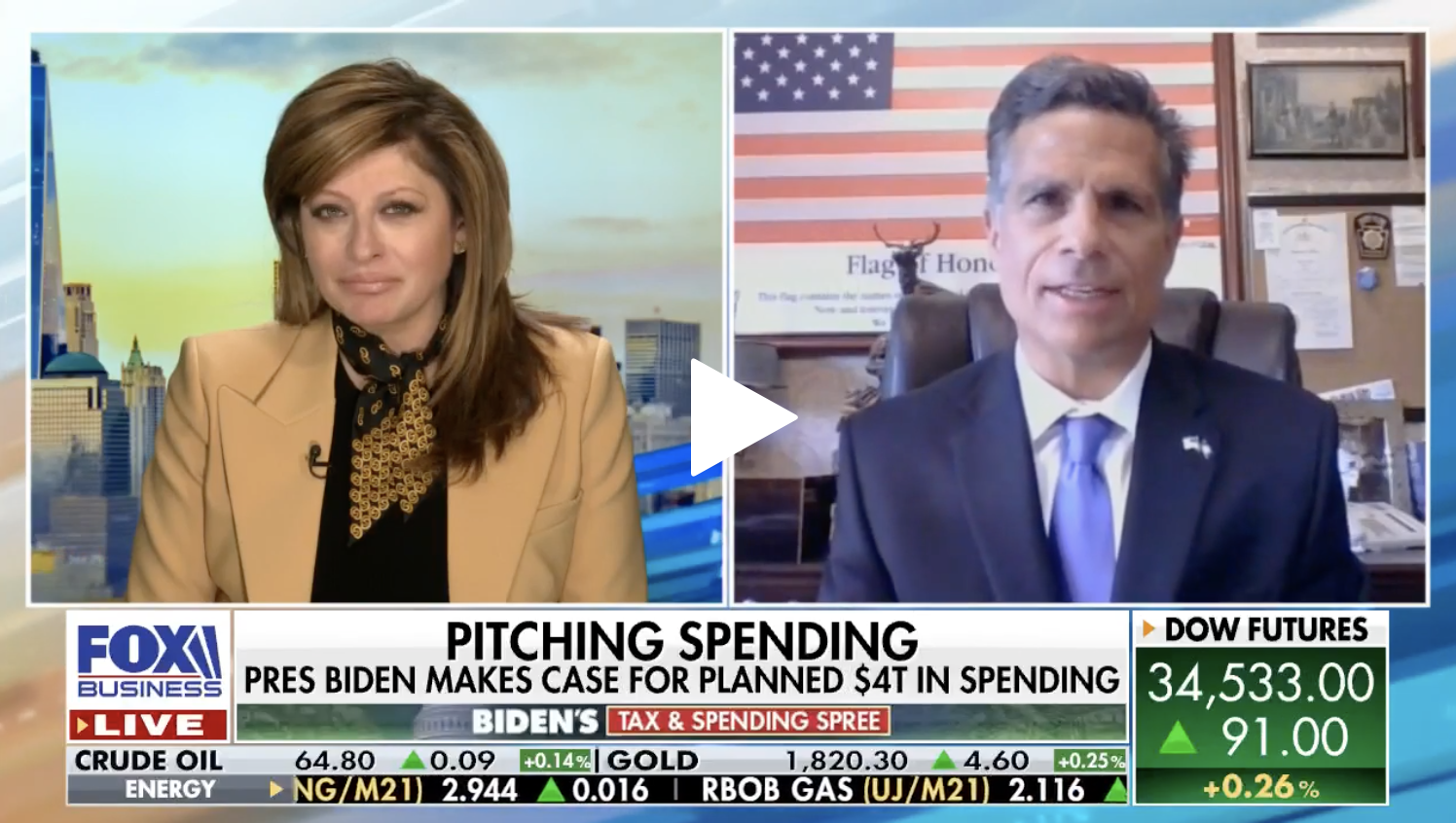 It's an upside-down policy plan, the idea that raising taxes is somehow going to be reasonably beneficial at a time of A) recovery, but B) as we're competing with the rest of the world as we are. You know, one thing Joe Biden doesn't remember is that the rest of the world got competitive, and the U.S. did not since the George W. Bush days. Ireland has a corporate rate of 12%, U.K. 20%. In communist China, where communism means high taxes and the redistribution of wealth, their corporate rate is 25%. Biden wants to put us on even par with them. We're losing jobs. The idea of 'Made in the USA' and then raising costs on 'Made in the USA' goods is again an upside-down policy agenda. It'll send jobs overseas.

As Maria Bartiromo highlighted, the Biden Administration continues to push false narratives. Here are just a few examples, as they said...

And now, the Biden Administration is pushing the America Families Plan. They say it is about helping families, but what they are selling is redistribution. It's socialism. It will not help our recovery. And wait until you see all the strings that are attached. Incidentally, to get something free from a Democrat socialist government, you are required to give up something... and that something is your freedom. There is an inverse relationship between free and freedom.

It's been just over 100 days of the Biden Administration. We are already looking at $6 billion in additional spending proposed. After we have survived the Covid-19 pandemic and that does not consider the $3.7 billion that was distributed in 2020 to defeat the pandemic. It makes no sense as:

We are putting our economic viability in a tenuous position. Either the Democrats don't see this, or worse yet, maybe they do.

The only ones cheering for these policies, outside of Bernie Sanders and AOC, is China. They want us to have free money for us to buy Chinese goods. By the way, we had a $36.9 billion trade deficit, a 22% increase, with China… LAST MONTH.

IN NEWS YOU WON'T HEAR IN THE MAINSTREAM MEDIA: Joe Biden promised to work across the aisle and bring our nation together, but so far, he has earned plaudits for enacting the most radical, far-left plan in the nation:

America is at a crossroads. The 2022 elections will be a defining moment. We can begin again  implementing a pro-growth, pro-American agenda or continue down this extremely liberal path toward a progressive, socialist America-last agenda.

This week, I drafted a letter to U.S. Treasury Secretary Janet Yellen asking for further clarification from the federal government regarding the ability of state and local  governments to spend funding from the American Rescue Plan Act on transportation and infrastructure projects. With $350 billion allocated to support state and local governments, using some of this funding to increase our infrastructure is essential.

I traveled around the Commonwealth, attending events and meeting with great Pennsylvania businesses. I attended the Monroe County GOP Dinner. It was a great event, and I want to commend Monroe County GOP Tom Whitehead and the committee for their outstanding work. 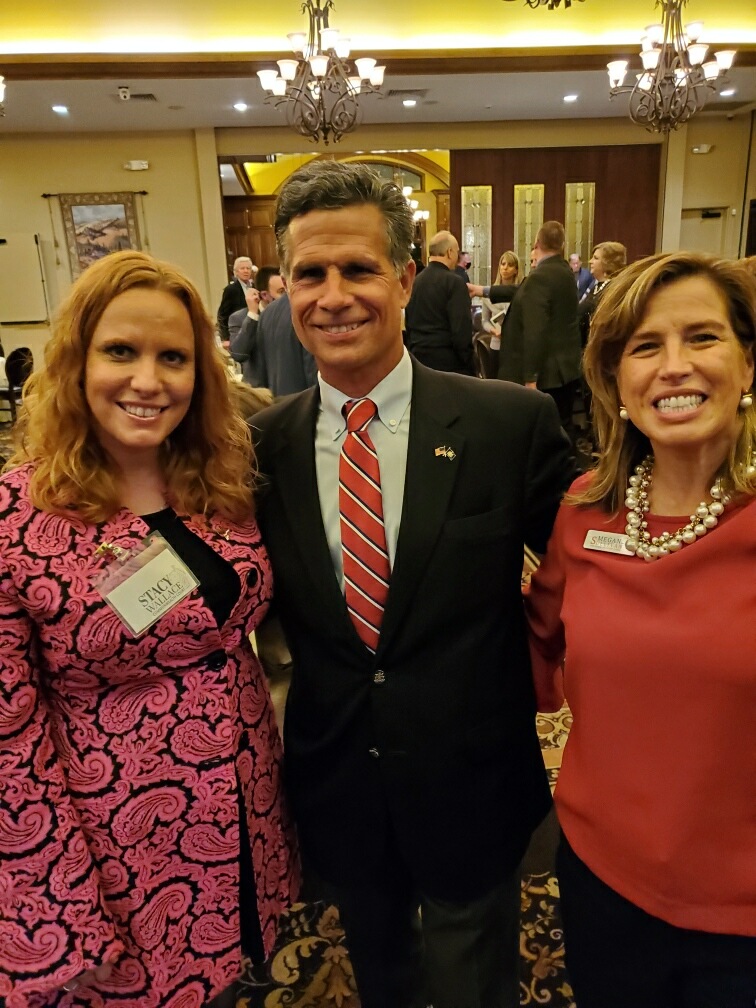 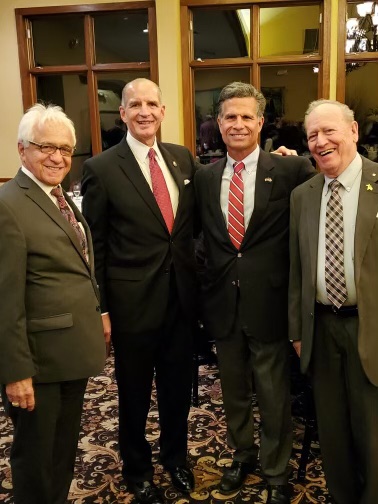 I visited with the owner of L.J. Aviation in Latrobe, Ed Kilkeary. Great business and I enjoyed hearing about how the federal and state governments can promote policies that help small businesses succeed. 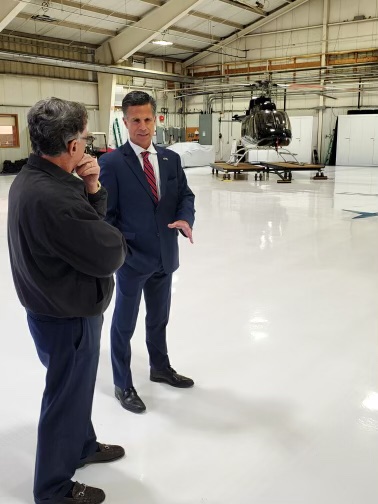 I then traveled to Greensburg to meet with county and local elected officials and Republican State Committee members. I want to thank Westmoreland County Republican State Committee member Jill Cooper for helping to organize this meeting. We spent a lot of time discussing ways to make Pennsylvania better. We need a change in Pennsylvania as too many people are leaving it, not loving it. We need a governor who will put in place plans and policies that will work with our legislature to drive our economy forward and support hardworking families. I want to thank everyone who attended and acknowledge State Rep. Bob Brooks, Westmoreland County Commissioners Sean Kertes and Doug Chew. 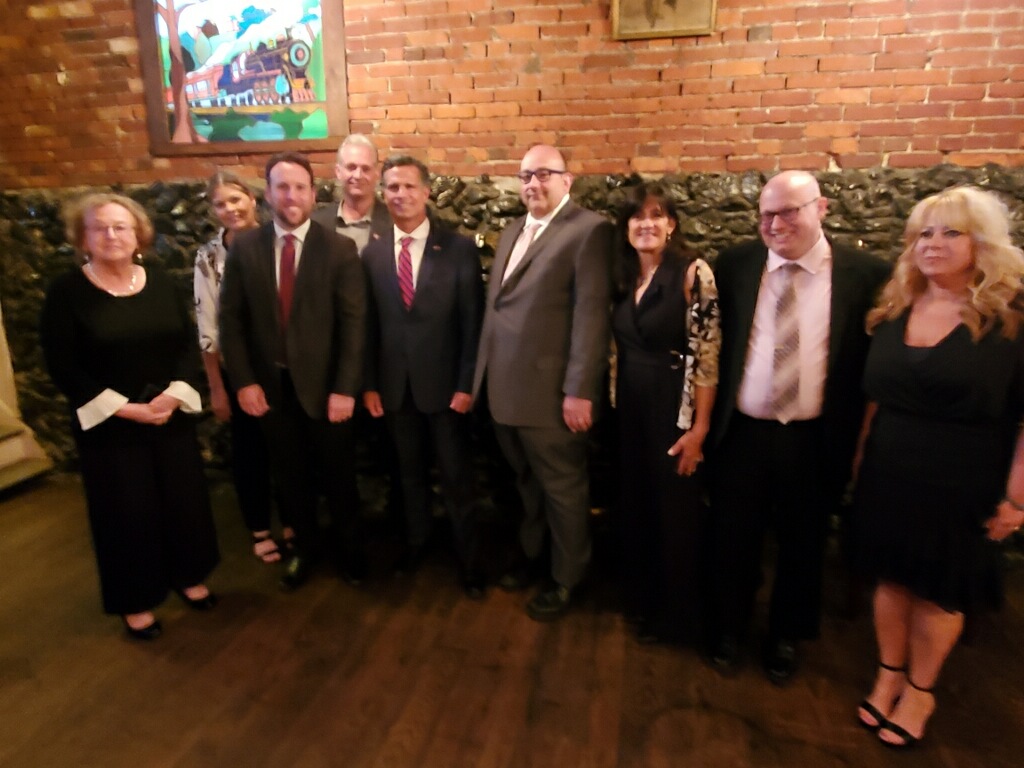 Later, I attended an event for Nicole Ziccarelli, candidate for District Attorney in Westmoreland County. Nicole is a tremendous candidate and an even better person. Nicole is challenging an incumbent Democrat who has been there for six terms. 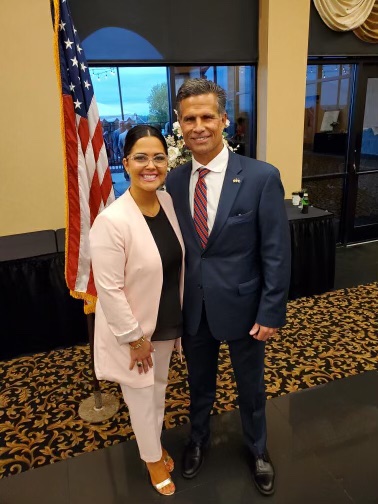 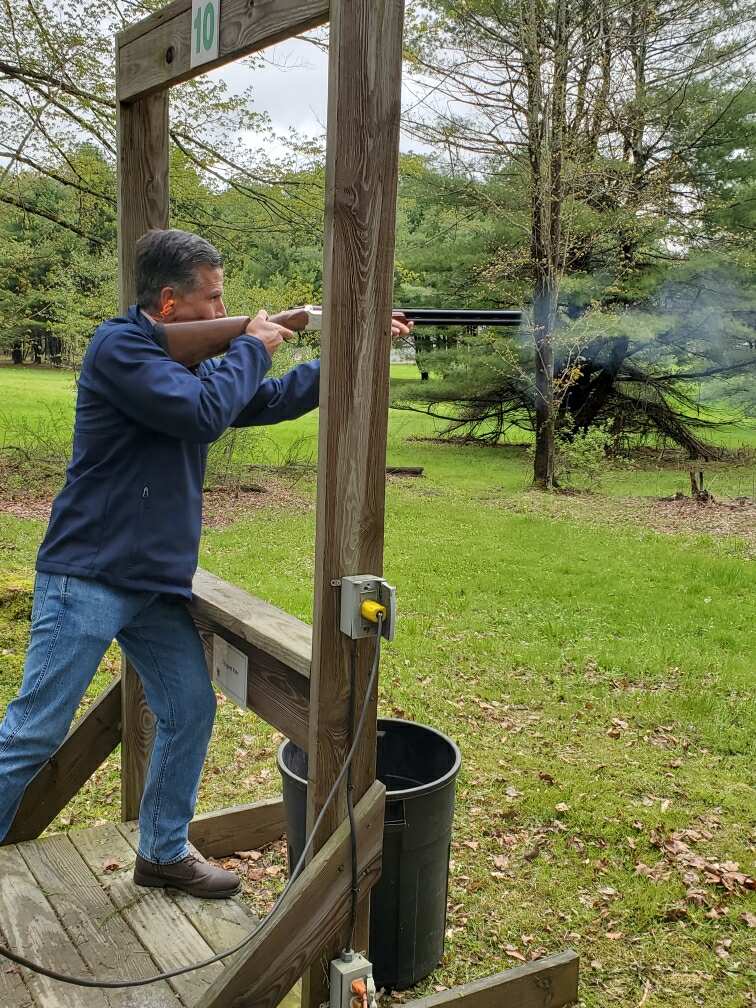 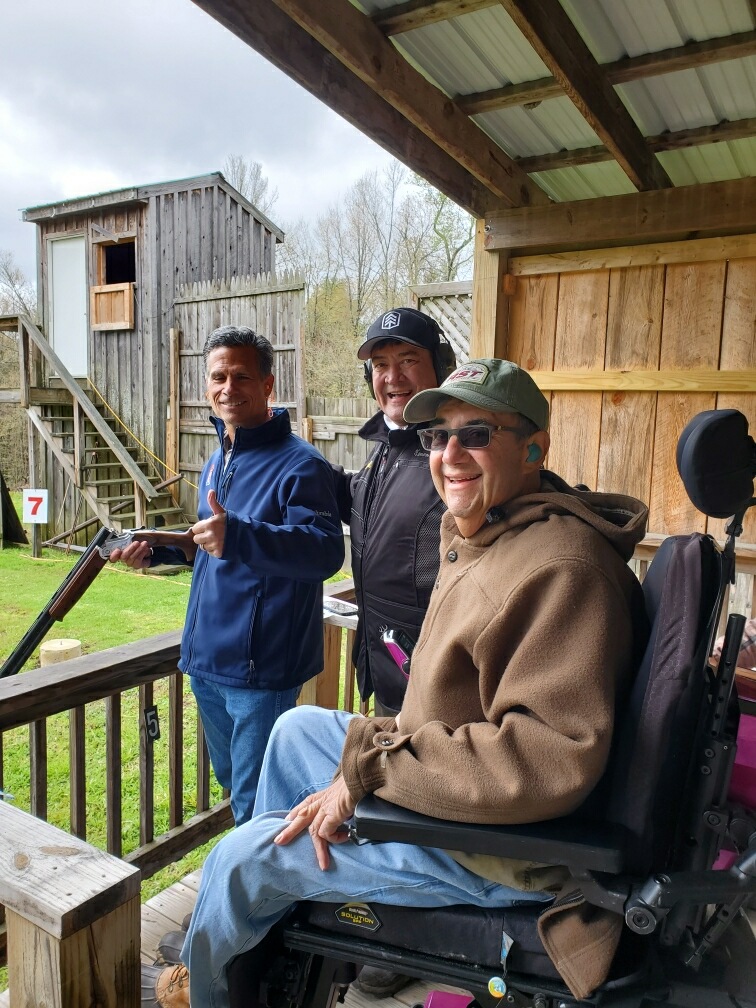 Lastly, I want to commend the 2021 PAGOP Judicial ticket. Traveling the Commonwealth, I get to see firsthand how hard they are working. Vote Judge Kevin Brobson for Supreme Court, Megan Sullivan for Superior Court, and Judge Drew Crompton and Stacy Wallace for Commonwealth Court. They have my full and unwavering support: 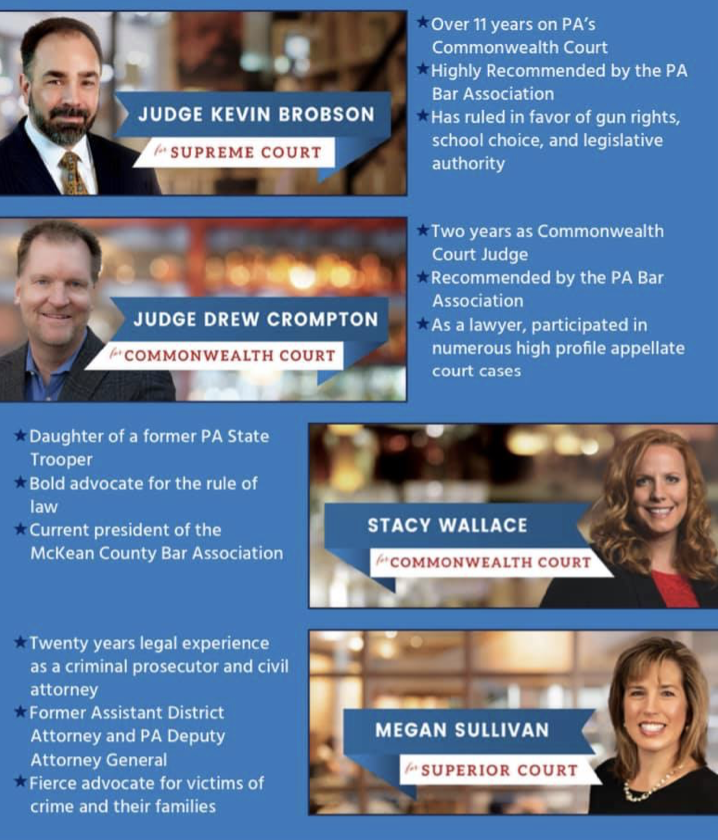 When voters head to the polls on Primary Election Day, May 18, they will have the chance to make amendments to the constitution. The Governor's office has been accused of wording these questions in a prejudicial and intentionally misleading way.

The second question asks whether future emergency declarations should be limited to 21 days unless extended by the General Assembly. A YES vote would remove a governor's ability to unilaterally control for an indefinite period of time during an emergency.