This week, I was in Washington, D.C. as the United States House of Representatives returned to session. I was pleased to start the week discussing issues with some of my colleagues, including Congressmen Guy Reschenthaler (PA-14), Dan Crenshaw (TX-2) and Kevin Hern (OK-1). We were joined by Medal of Honor recipient, Marine Sergeant Dakota Meyer. In 2009, he rescued 36 soldiers under heavy fire in Afghanistan. Click here to watch a video of Sgt. Meyer detailing his story. He is an incredible American hero. 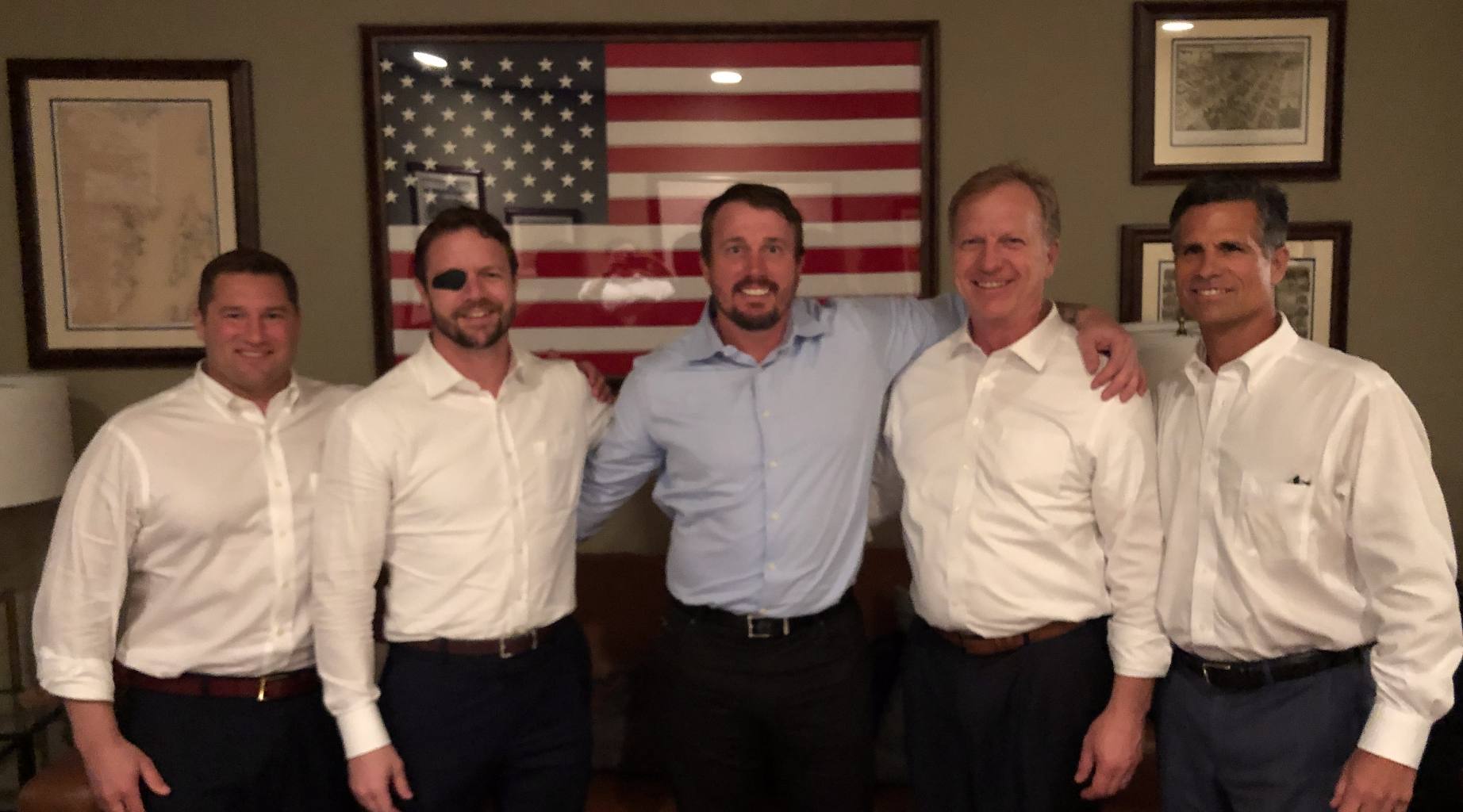 On Monday, I joined a bipartisan group of Congressional members at a press conference highlighting the issue of veteran suicide. Our brave fighting men and women put their lives on the line to protect our nation and our freedoms. If we don’t put their needs and issues first, then shame on us. We must address this issue and work with the VA to provide treatment for these brave veterans.

On Tuesday, as a member of the Veterans’ Affairs Committee, I participated in a hearing on veteran suicide prevention. As I discussed earlier, this is an issue that is very important in our District, especially when you consider that we are home to Fort Indiantown Gap National Guard base and 50,000 veterans. Click here to watch my comments. 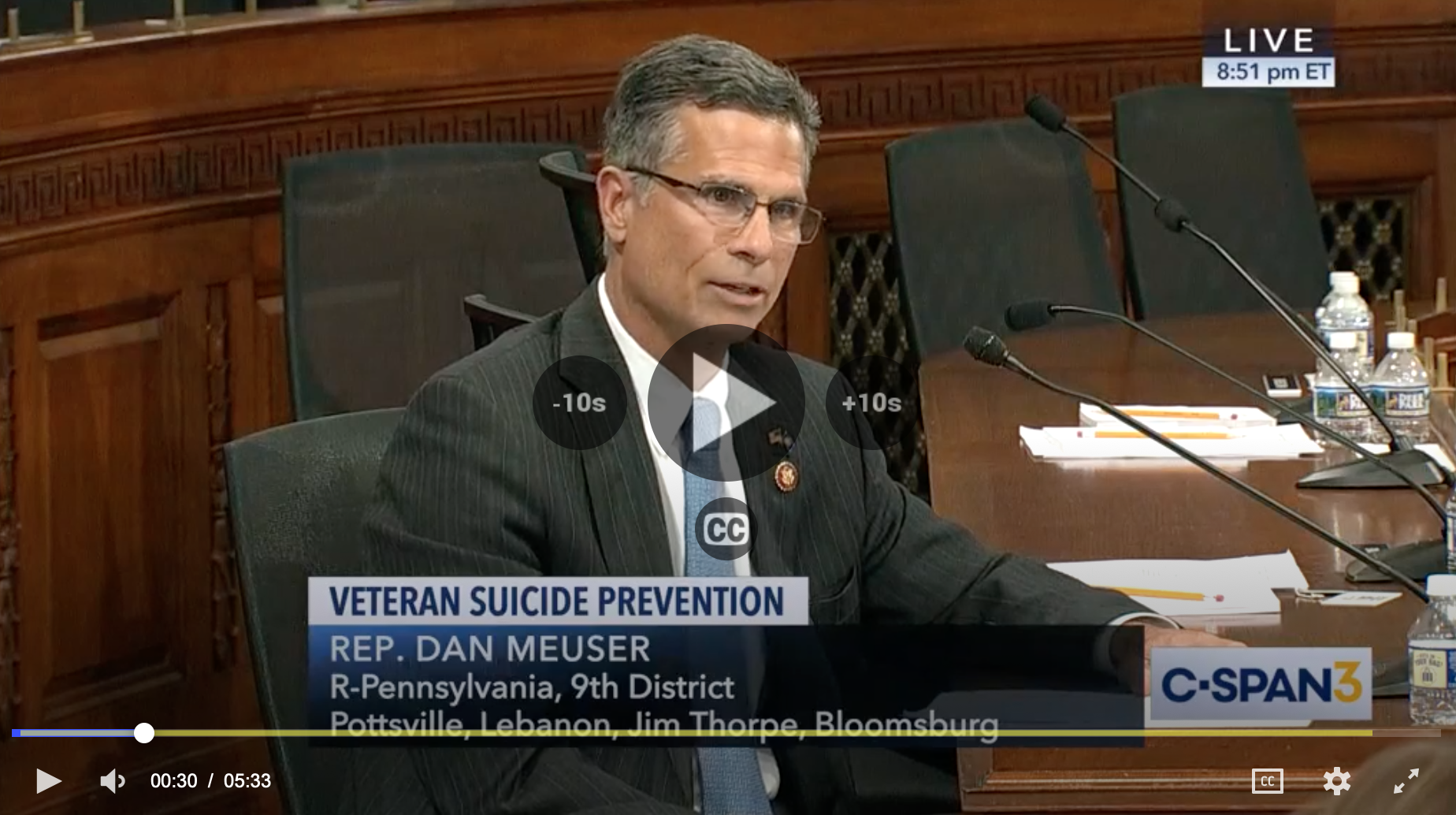 On Wednesday, I served as the ranking member at a Veterans’ Affairs Health Subcommittee Hearing: Cultural Barriers Impacting Women Veterans' Access to Healthcare. We had an in depth discussion on VA women concerns, including healthcare as well as harassment. Currently, 10% of all veterans and nearly 20% of our active military are women. These great women veterans have served our country and we must continue to create a culture in the VA that is free of harassment and provides excellent coverage for ALL of our veterans. We are very fortunate to have two women veterans on our district congressional staff.

As a member of the Education and Labor Committee, I attended a hearing with Department of Labor Secretary Alexandra Acosta. We spoke about the economic success we are having across the nation, access to healthcare which is affordable, and workforce development across Pennsylvania.

Later, I spoke on the floor of the House against H.R. 9, a bill that will hurt small businesses and kill jobs. This bill is packed with big government regulations intended to reduce carbon emissions, but instead will reduce energy production and our nation's economic growth. The truth is that the U.S. has become a global leader on environmental and conservationist issues. The private sector's innovations are driving these environmental improvements, not the heavy hand of government. Click here to watch my comments. 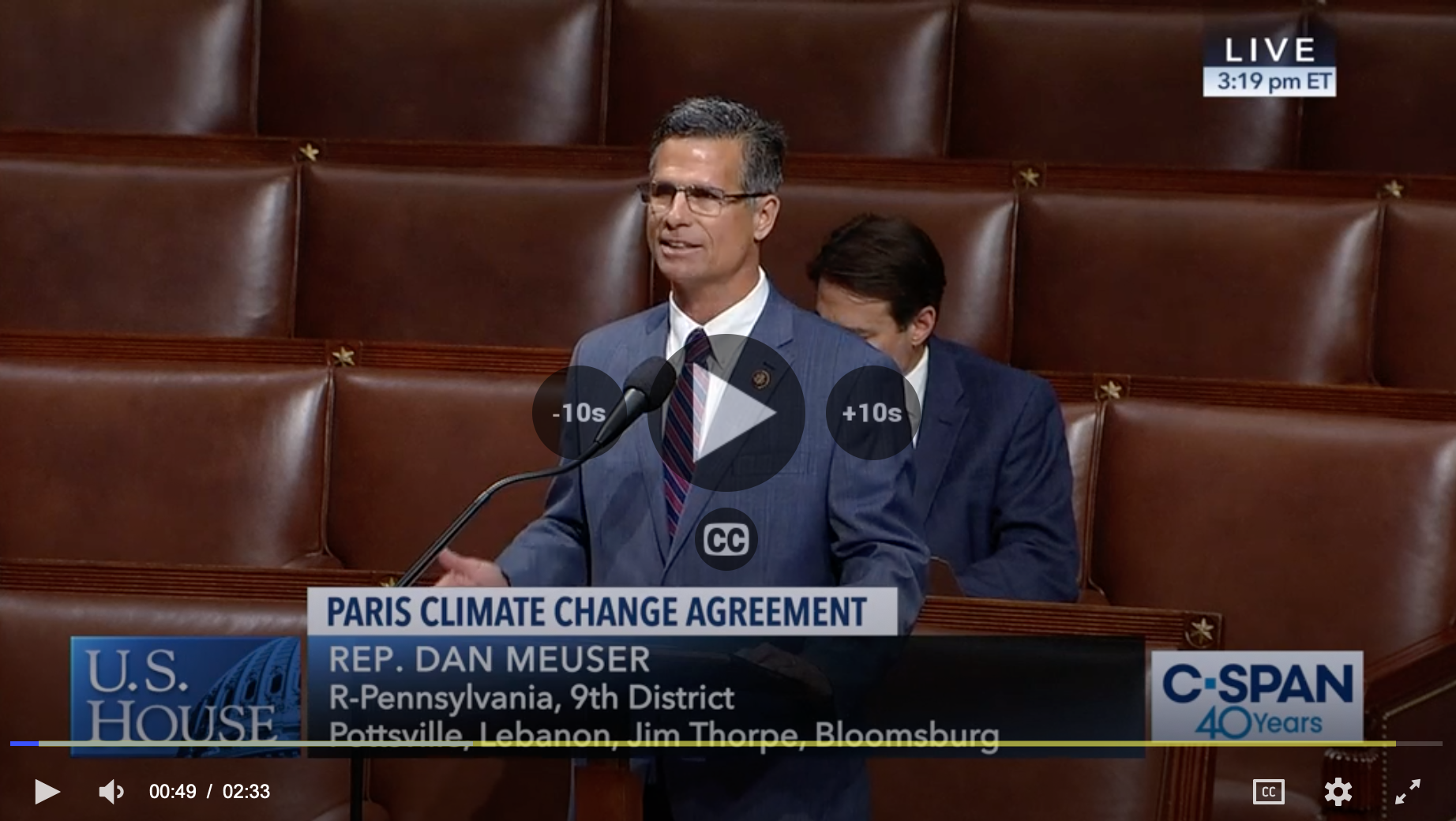 In the District, I attended State Representative Doyle Heffley’s Taste of the Region Reception at Nick’s Lakehouse in Lake Harmony. Rep. Heffley is a great state representative and an excellent public servant. I was pleased to see my good friends Rep. Stan Saylor and Carbon County Commissioner Tom Gerhard there.

On Friday, I attended the Schuylkill County Chamber of Commerce 101st Annual Luncheon. I always enjoy visiting with so many of my good friends at the Chamber, including President & CEO Bob Carl. 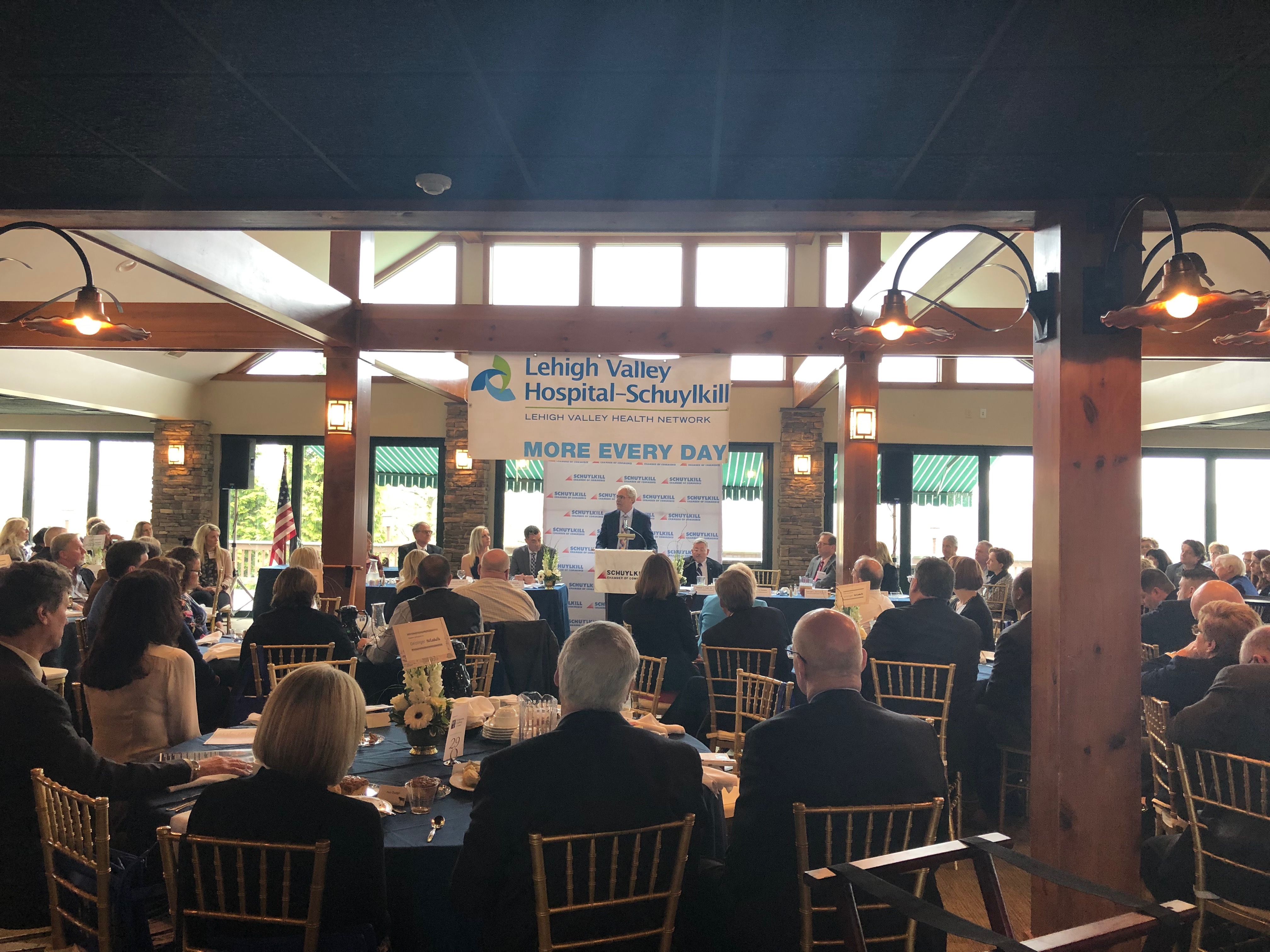 In News You Won’t Hear in the Mainstream Media: This week, the Democrats and the liberal media attacked United States Attorney General Robert Barr for confirming the Mueller report exonerating President Donald Trump. Here are some important facts to consider regarding the hearing with Attorney General Barr.

This isn’t the only issue where the Democrats have themselves twisted like a pretzel. I want to lay out the stark contrast in the difference between the activity of the Republican members of Congress and the socialist Democratic Congressional Caucus. Republicans are working; Democrats are distracting.

Democrats continue to offer big government ideas that are expensive and ill-conceived. They are on the wrong track on every issue…They are fighting:

Folks, Speaker Nancy Pelosi’s Democrat-led caucus have lost their way and are advocating for their political gains, not what's in our nation's best interests.

Meanwhile, Congressional Republicans are focusing on our economy. The economy is doing well across the country, and if you are looking for proof... just look at the numbers. Over the last two years, 4.6 million jobs have been created, and unemployment is at its lowest level in 50 years. We have had success, but the truth is that we must do even better. Congress must concentrate on doing even more to continue to move our economy forward so all those in our District prosper. This is what I am focused on.

On that note, some of President Trump's biggest supporters stopped in to see me this week. It was an honor to have a round table with some of my friends from the Making America Great PAC (MAG) in Washington, D.C. this week. We spoke specifically on MS-4 (the rainwater tax) that is putting a tremendous strain on PA taxpayers and businesses. I really enjoyed seeing my great friend Steve Johansen, Chuck Brown and other members of MAG. 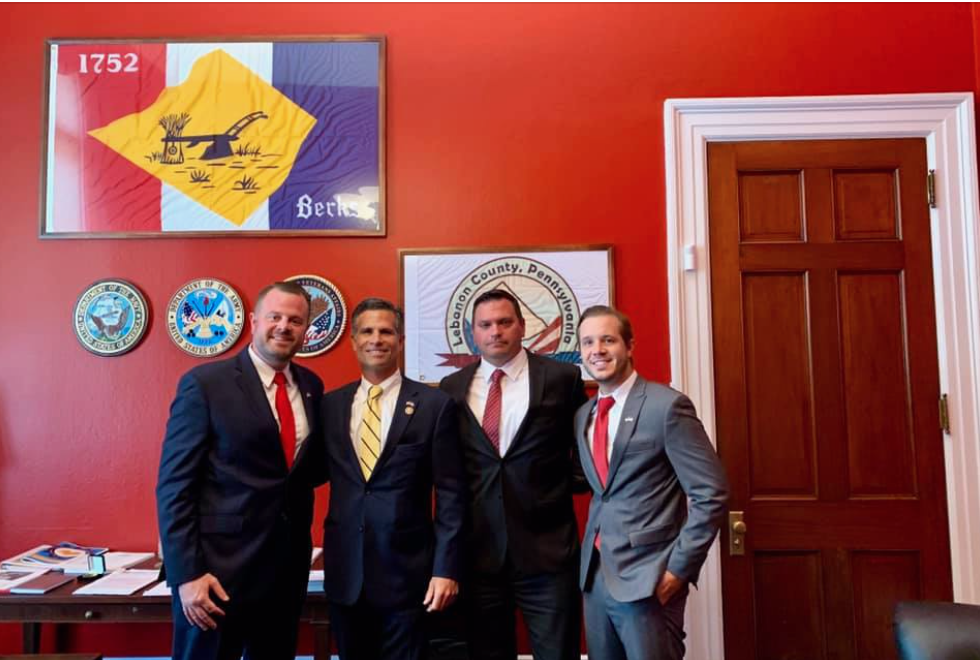 As I have every week, I want to provide an update on the storm water fee. The Environmental Protection Agency (EPA) has told me that they will abide by my request to make public their rationale and the history behind this mandate. They will answer the questions I have submitted to them, and provide guidance on how we can better proceed. I strongly voiced to them that any mandates that lead to such unjustified fees are unacceptable. I stand firm in my belief that these fees are unfair and I will continue to fight on behalf of the families and small businesses throughout the 9th Congressional District.