In honor of Memorial Day, I attended services at Fort Indiantown Gap and at the Veterans of Vietnam War Post 29 Joseph C. Cappella Home in Port Carbon as well as parades in Dallas and Harvey’s Lake. As I stated last week, Memorial Day is about paying our respects to those brave men and women who made the ultimate sacrifice to protect our freedoms and our nation. Below are pictures I took with veterans and local elected officials, including State Senator Lisa Baker and State Representatives Karen Boback, Sue Helm and Frank Ryan. 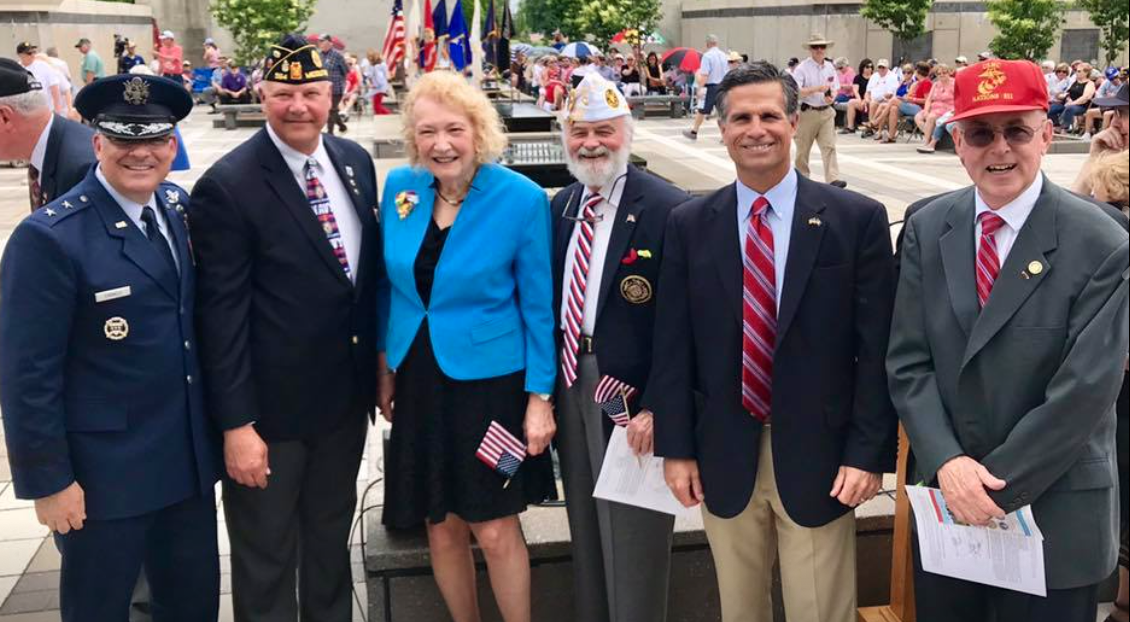 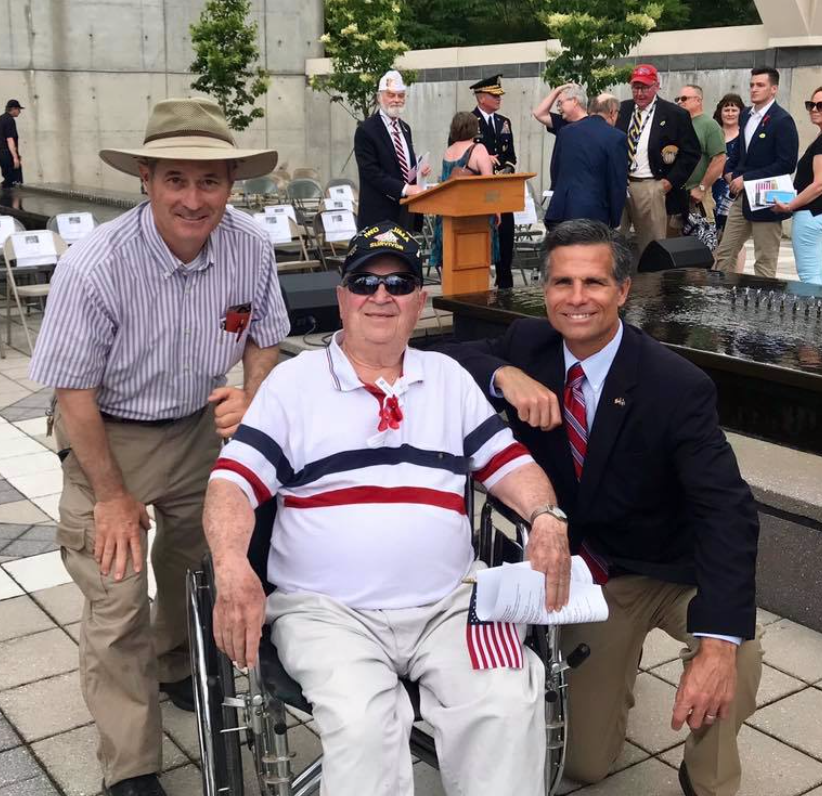 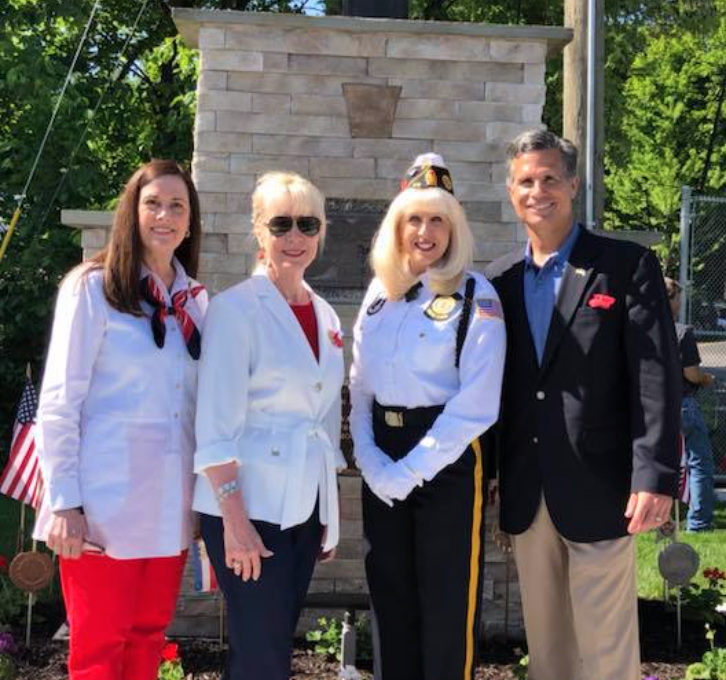 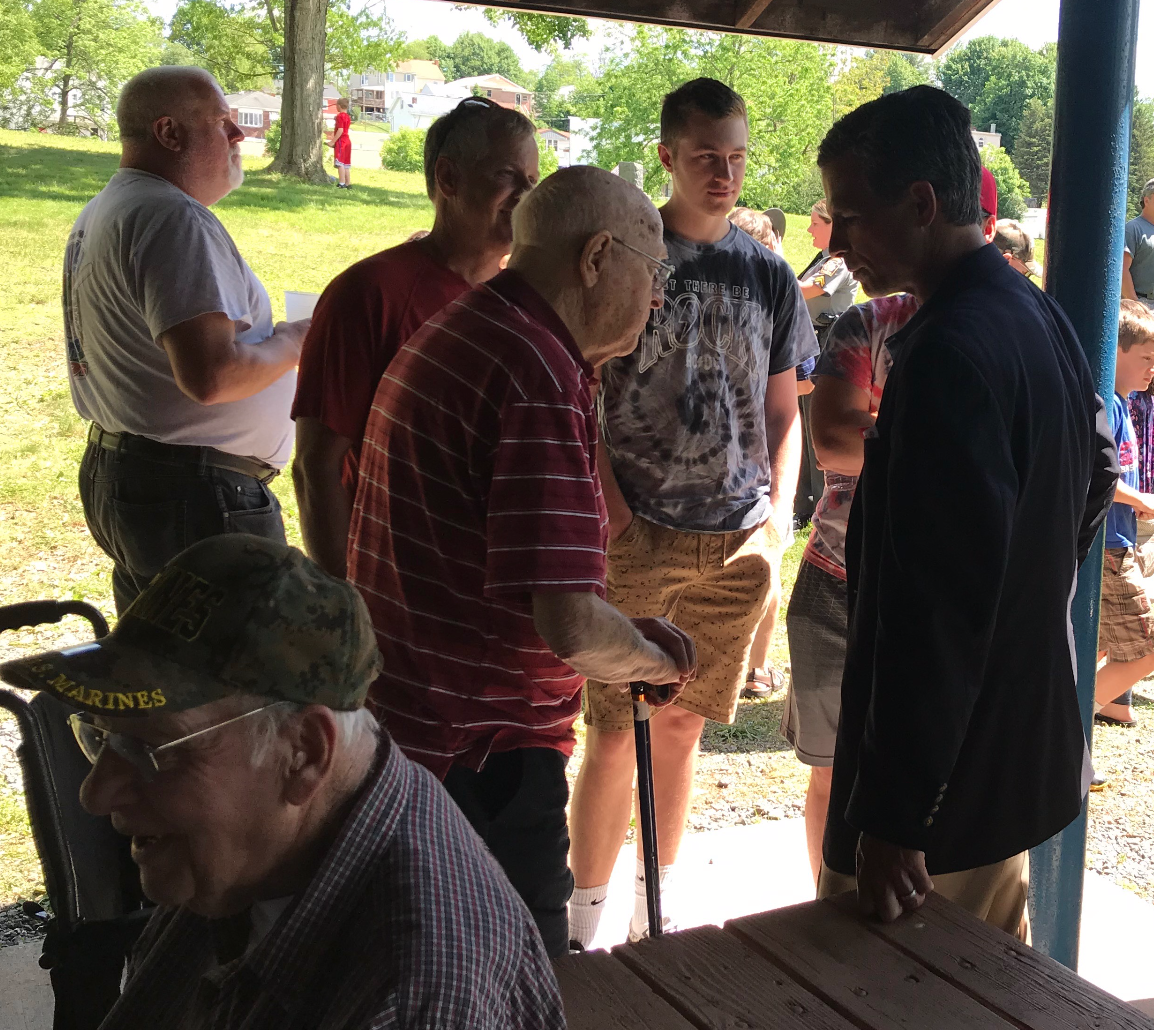 Did you know that Memorial Day was originally observed on May 30 and was called “Decoration Day?” Click here to read my editorial and to learn more. On Thursday at a golf outing hosted by Rep. Tarah Toohil, we commemorated "Decoration Day" by having a moment of silence to remember the fallen. We want to thank Rep. Toohil for inviting us and for all the great work she is doing in Harrisburg and for her District. 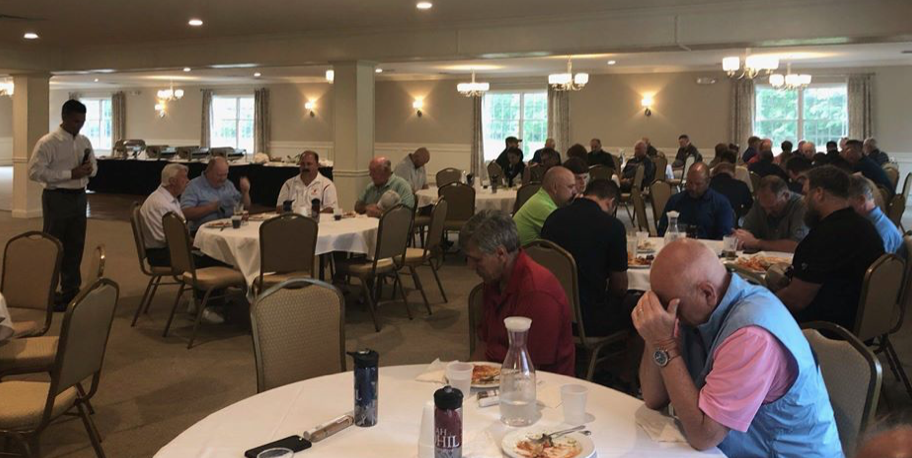 I am fortunate to be serving in the United States Congress at a time our country has a President who appreciates and recognizes those who made the ultimate sacrifice for our country, including the Gold Star families, who made our country the land of the free and the home of the brave. Click here to see a video of President Trump from last week’s rally.

This week, I conducted a tour with farm families and agricultural businesses in Berks and Lebanon counties. I stopped at Honey Bear Orchards in Lebanon where we discussed MS4 stormwater fees, spotted lantern fly and other issues impacting our farmers. I visited local poultry producers at Esther’s restaurant, located near Bell & Evan’s plant in Fredericksburg. My last stop was at the Way-Har Farms in Bernville where we discussed some of the important issues facing our dairy farmers. My visit to Way-Har Farms was covered by the Reading Eagle. Click here to read that article. There was another article regarding my farm tour in Lancaster Farming, click here to read more. 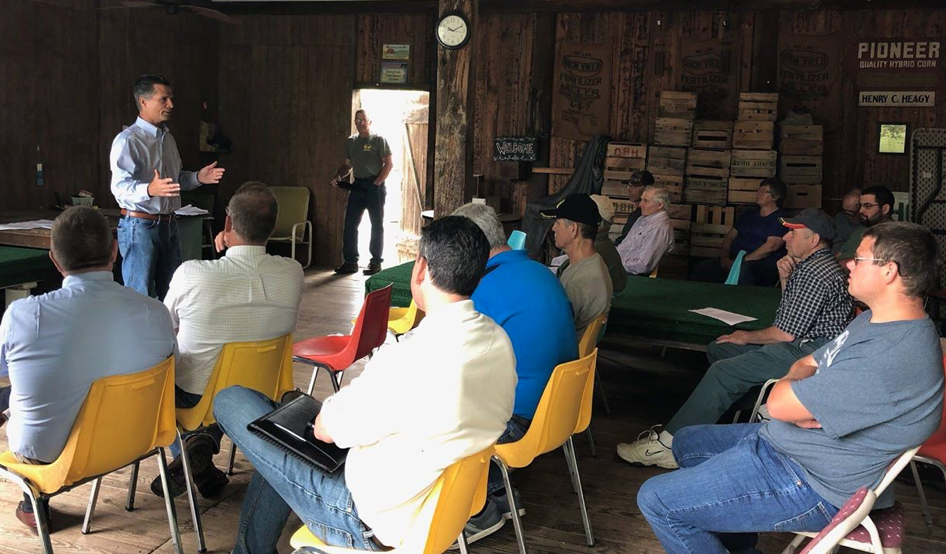 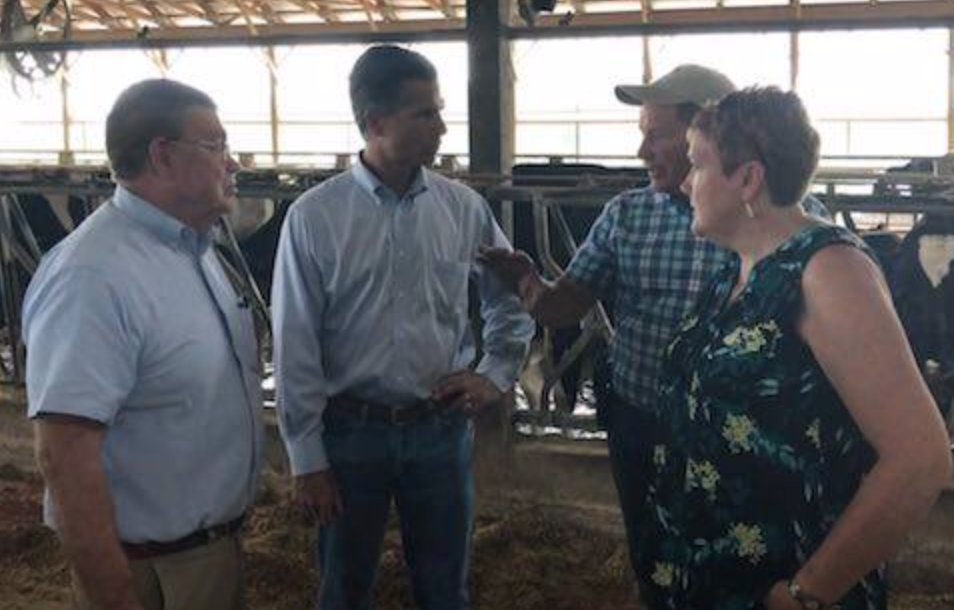 The Pennsylvania National Guard is one of the finest in the nation and I was pleased to tour Fort Indiantown Gap earlier this week and learned more about their military operations. 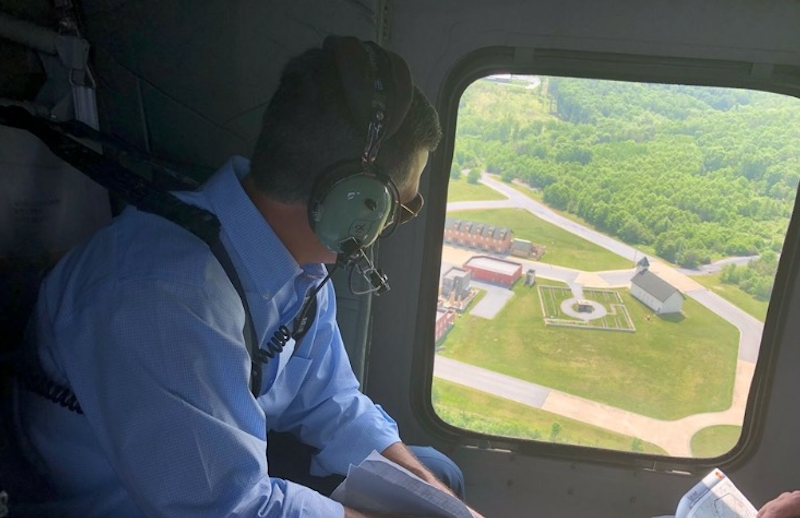 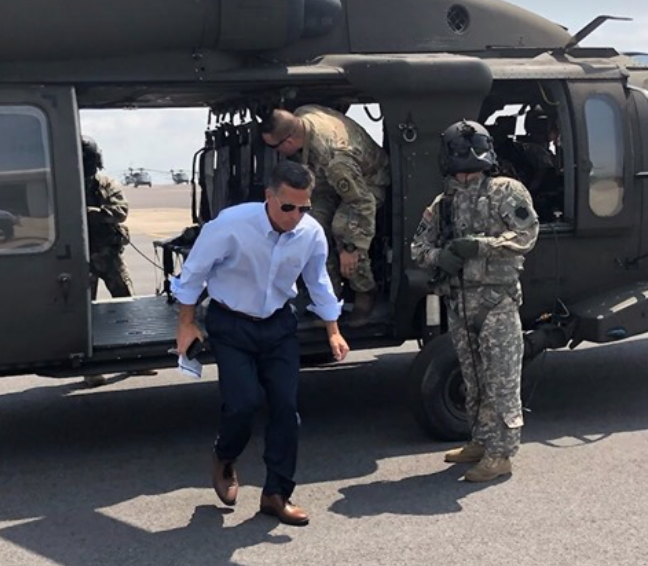 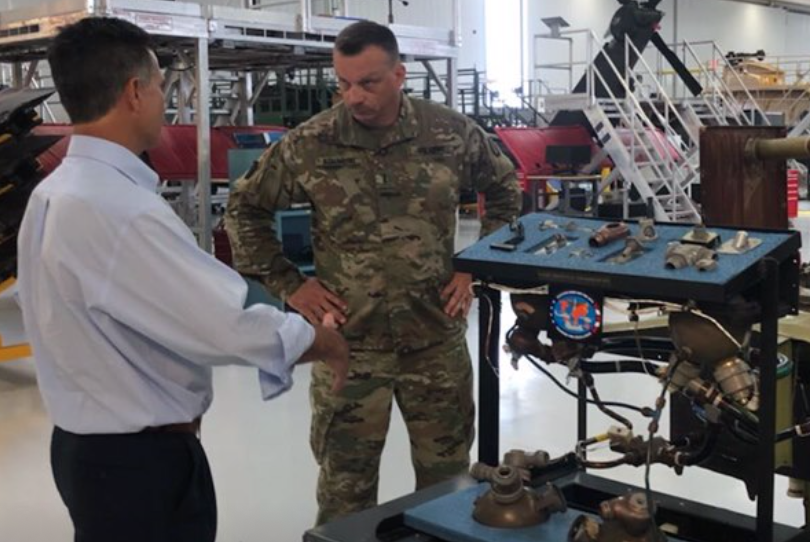 I joined the Lebanon County Housing Authority, the U.S. Department of House, community leaders and local elected officials to cut the ribbon on two newly-renovated, handicap-accessible homes. These new dwellings will help to meet the needs of our disabled community in Lebanon County.

I visited the Amazon distribution facility on Thursday and met with many of the hardworking employees from the 9th Congressional District.

I appeared at a forum hosted by the Greater Lehigh Valley Chamber of Commerce with Congressional members Susan Wild (PA-7) and Tom Malinowski (NJ-7).  We spoke about many issues facing our nation. Click here to read more about the forum and watch a brief interview from Blue Ridge Cable. 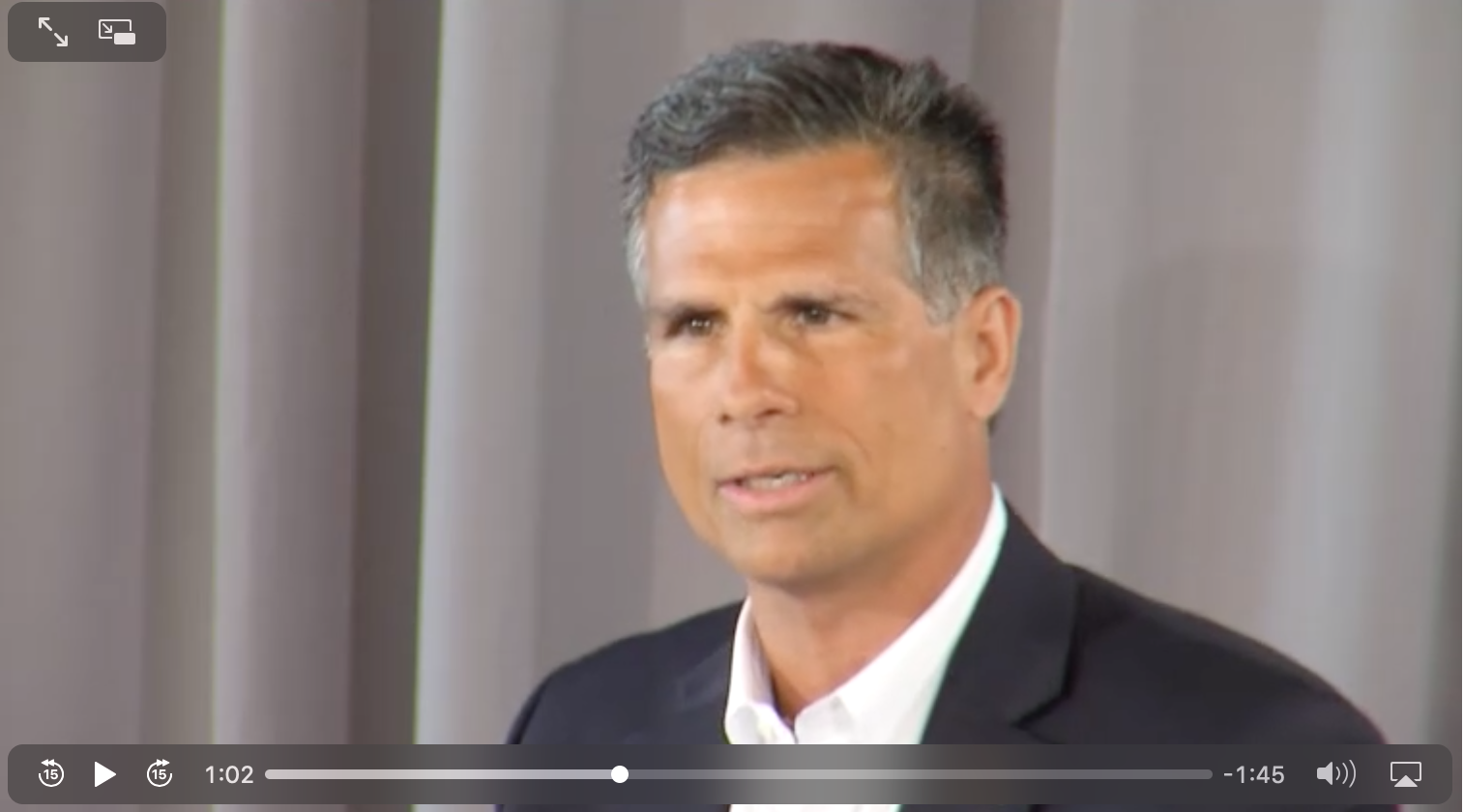 I toured International Paper in the Humboldt Industrial Park in Hazle Township as well as Brenntag in Ontelaunee Township in Berks County. We held a question and answer with employees at Brenntag. Both companies employee many constituents from the 9th Congressional District.

In News You Won’t Hear In The Mainstream Media: This month, President Trump asked Speaker Nancy Pelosi and Senator Chuck Schumer to work with Congress and the White House to pass the United States-Mexico-Canada (USMCA) trade agreement. Democrat leadership has continually stonewalled approval for USMCA with Speaker Nancy Pelosi saying her caucus would not consider USMCA for a vote until Mexico changes its labor laws and Sen. Chuck Schumer saying there were many "outstanding issues" before Democrats would support the deal.

It is time for Speaker Pelosi to put politics aside and pass the USMCA. This agreement will strengthen our nation and help American workers and their families.

Additionally, I would like to respond to the news that President Trump is planning to implement a 5% tariff on Mexico in response to their ongoing refusal to help stop the flow of illegal immigrants into our country. Congressional Democrats continue to ignore this issue and have failed to pass legislation to secure our borders. Their refusal to act has left our border and citizens vulnerable. Democrat Leadership's obsession with attacking the President is hurting our nation in many ways.

On the storm water issue, I am continuing to seek answers from the Environmental Protection Agency (EPA). I am expecting a response from the EPA with a justification for these outrageous fees and a realistic solution for the hardworking people of our District. We must demand transparency from our government and thus far, the EPA has failed to provide clarity with regard to this issue.

As a grand finale to a great week, I want to say thank you to Dave and Beth Argall and Betty Koch for hosting a great event tonight. Barry Schlouch hosted a business roundtable prior to the event which was excellent. Great night all around.