This week, I was in Washington, D.C., as Congress was in session. Our nation is facing several significant issues, many created by the policies of the Biden administration.

Ensuring the safety and security of the American people is one of the most critical roles any elected official faces. That is why I have and continue to be so concerned with the ongoing crisis at our southern border. This week, I joined my House Republican colleagues in calling on Department of Homeland Security (DHS) Secretary Alejandro Mayorkas to reverse the Biden Administration's disastrous immigration policies and secure our southern border. 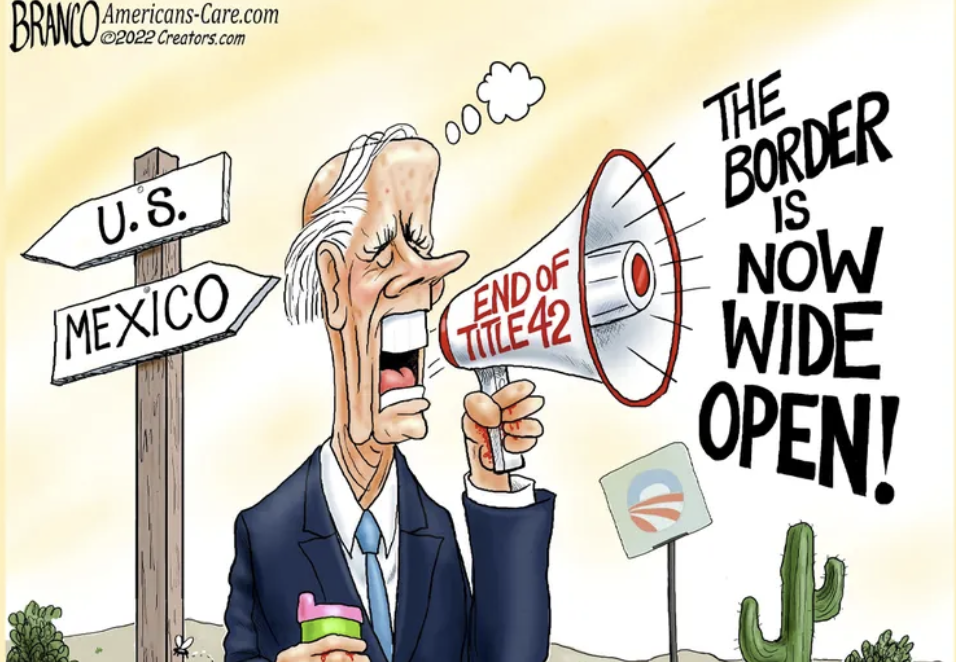 The Biden administration's disregard for their obligation to secure our southern border has detrimental impacts on Pennsylvanians and all Americans. Title 42 must remain in place, and this administration owes the American people a real plan to bring order to an out-of-control border. This week, I joined with 53 of my House Republican Congressional colleagues, and the Texas Public Policy Foundation, in filing an amicus brief in support of the Title 42 injunction lawsuit filed by the Louisiana, Arizona and Missouri Attorneys General.

Again, this administration has routinely shown more interest in enforcing draconian mandates against the American people than those illegally entering our nation.

As concerned as I am about what the Biden administration and DHS are NOT doing at the border, I am equally concerned by what they are trying to do to stifle free speech. This week, Secretary Mayorkas announced that the Biden administration plans to establish a Disinformation Governance Board within the DHS. While I am concerned about the disinformation from White House Communications Director Jen Psaki, the government has no right to police free speech. Unfortunately, that is what Putin and the Russians do.

Every American has a right to free speech as protected by the First Amendment of the United States Constitution. A government entity that policies the statements of its citizens is anti-American and is an insult to the countless brave Americans who spent their lives fighting for our nation to protect those rights.

Making matters worse is that Nania Jankowicz is set to lead the board, proving they only plan to censor certain viewpoints (aka conservative views). In the past, she has identified the Hunter Biden laptop story as misinformation and has engaged in extreme leftist activism and partisan attacks. She has even called America systematically racist and compared President Trump to the "leaders of authoritarian countries."

The Federal Government is bound by the U.S. Constitution to protect the rights of the people, not to suppress them. Therefore, I strongly urge the Biden administration to withdraw this initiative, and I will be active in efforts to stop it from coming into existence.

While the Biden administration attempts to stifle free speech, I am pleased that Elon Musk successfully purchased Twitter and plans to embrace free speech. That is a positive step in the right direction. The fact that President Trump was barred from the platform while authoritarian and radical regimes were allowed to continue utilizing the platform tells you everything you need to know about the past leadership of Twitter. Kudos to Elon Musk for embracing free speech.

This week, I participated in the House Committee on Small Business hearing with the Small Business Administration's administrator Isabel Guzman to discuss their 2023 budget. I often meet with small businesses throughout our district, and they are battling soaring inflation, rising energy costs, and labor shortages. Although we have excellent relations and responsiveness from the SBA in Pennsylvania, the Biden administration has offered no solutions to the underlying issues. Instead, they have offered regulatory and tax plans which will burden small businesses further. Instead, they discuss becoming a "voter agency" and dedicating millions of dollars to climate change. The SBA must refocus on its mission to advocate for our small businesses.

IN NEWS YOU WON'T HEAR IN THE MAINSTREAM MEDIA: Meanwhile, things continue to worsen for the American family as our dollars are not stretching as far as they previously have. That is a direct result of Biden's failed economic plan, which has created the highest inflation in 40 years, crushed small businesses, and led to our economy shrinking this year. As many small businesses struggle to remain open, Biden and Democrats have proven to be out of touch as they double down on their disastrous policies.

The upcoming elections for U.S. Senate and Congress are critical. We must ensure our Republican candidates win so we can begin to put checks and balances on the extreme agenda of the Biden administration.

Our most profound concern, prayers and support with the people of Ukraine as they continue to bravely fight back against the Russian invasion. This week, we met with members of the Ukrainian parliament in Washington. 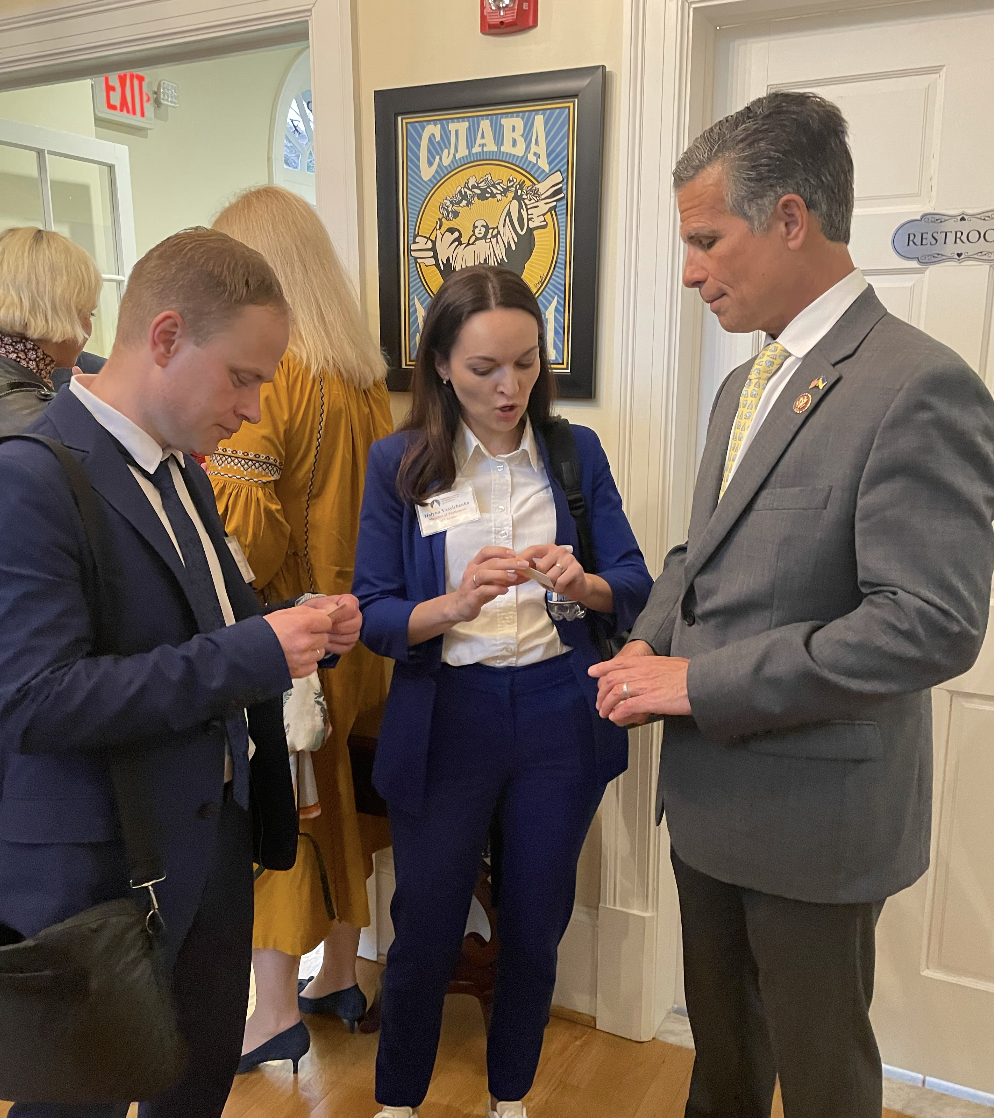 We also joined our good friend Paul Mango, former Deputy Chief of Staff for Policy, Department of Health & Human Services under President Trump. He is releasing his new book, Warp Speed: Inside the Operation That Beat COVID, the Critics, and the Odds. The book is released to the public later this month, and I encourage you to check it out. 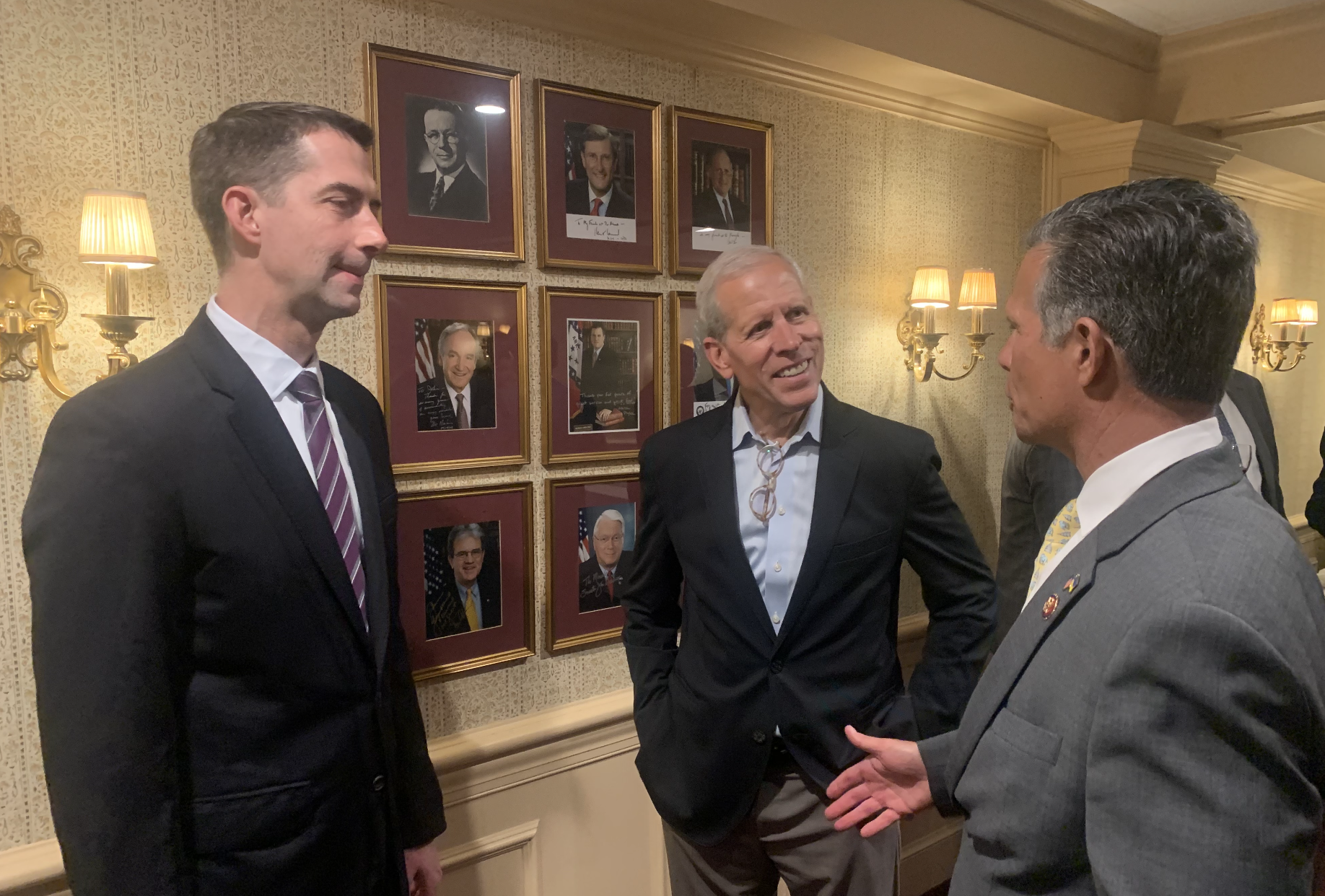 On the Campaign Trail:

We have attended as many events as possible throughout the district to support our Republican ticket.

Last Sunday, I was in Schuylkill County to visit our candidates, including Dave Barton, running for State Representative. 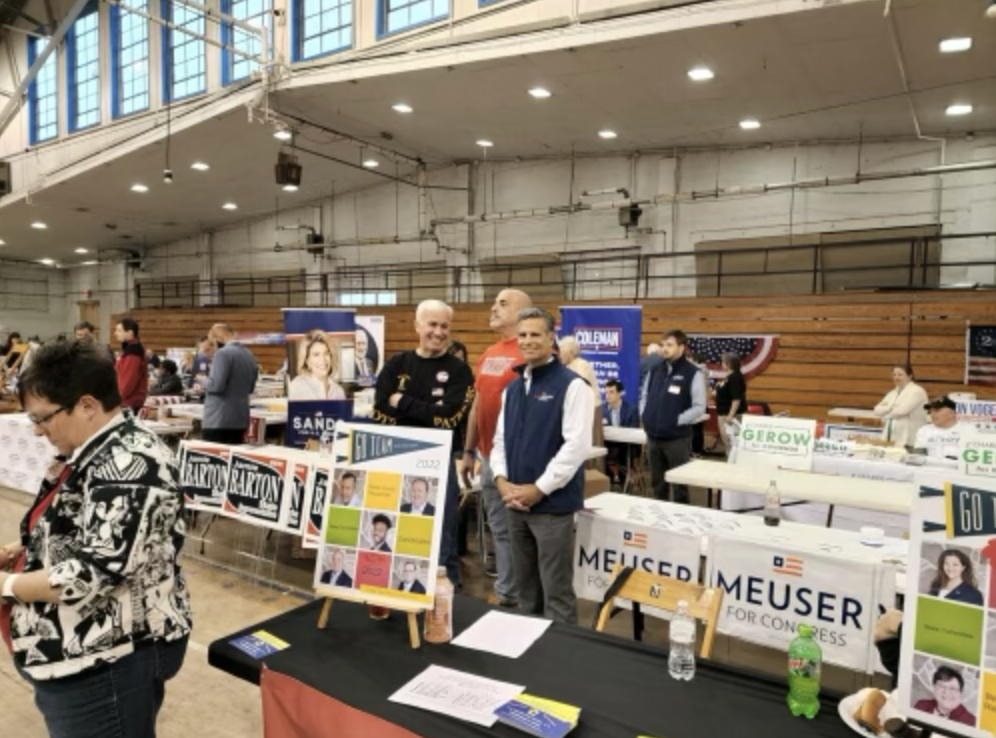 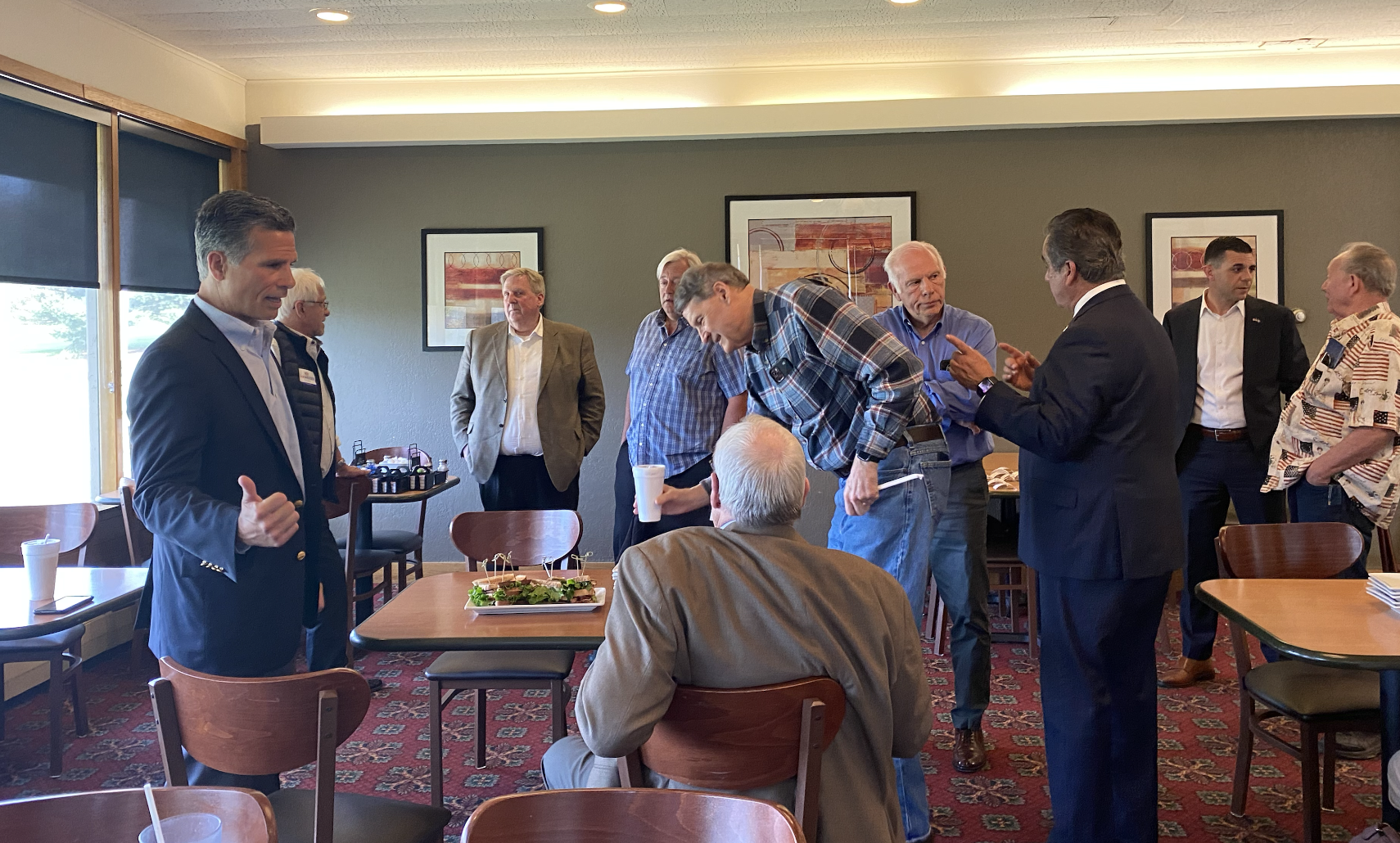 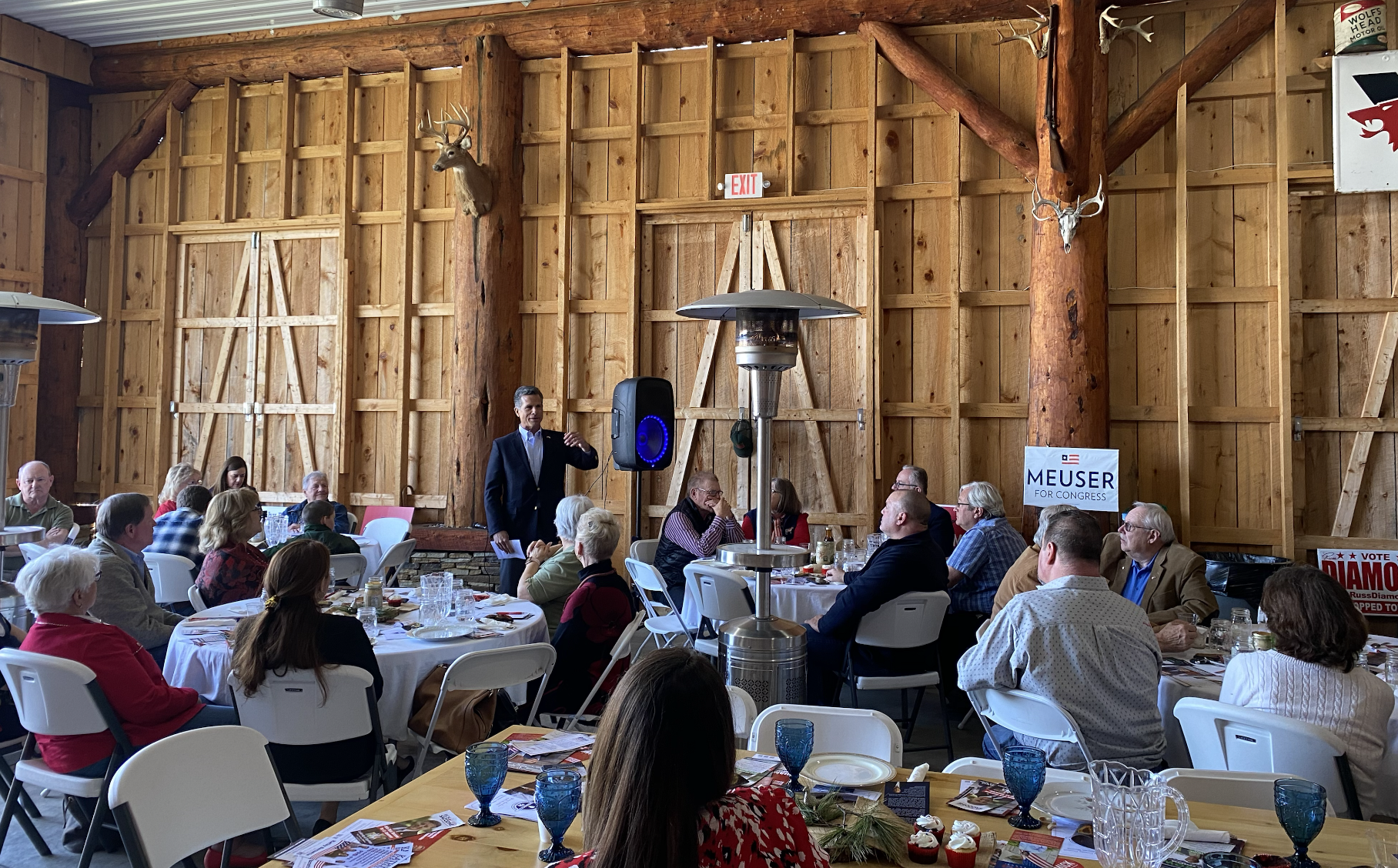 We received the American Conservative Union Foundation Award for Conservative Achievement this week. It is a great honor and a recognition of the work we are doing in Washington to be a champion of conservative values. 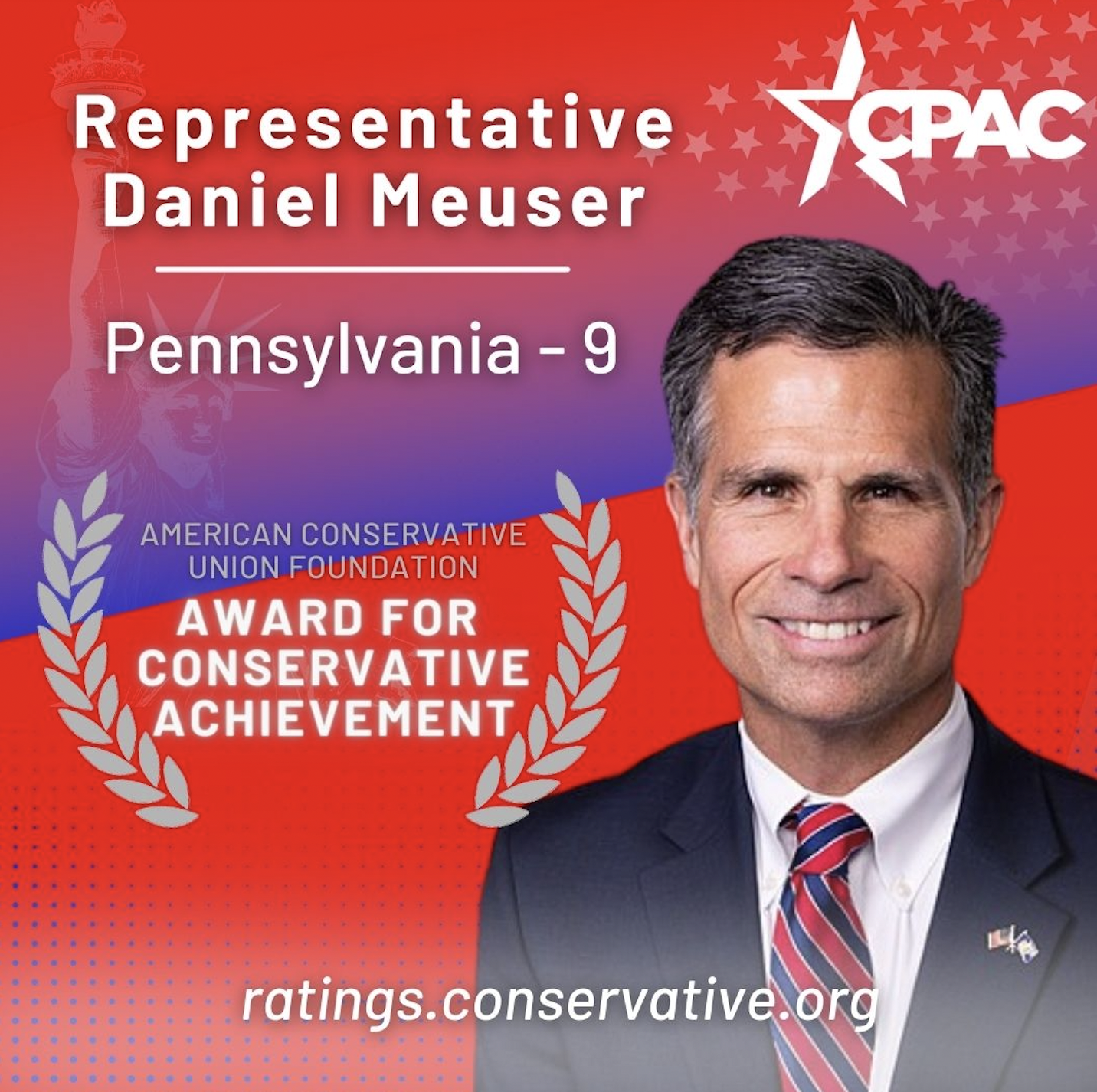 With just weeks until the Primary Election, this year is moving quickly. This fall, we have some consequential elections, and we will need everyone to push hard to win elections for our Republican team at the federal and state level. Our campaign has yard signs available, and a limited number of 4x8s are available. If you would like a yard sign, please email [email protected] or call 570-915-3027.

Tonight, I am on my way to the Bradford County Republican women's event.

Lastly, I understand that there are many commercials on the airwaves, and it is hard to separate the truth from the campaign rhetoric. I would encourage you to do your research and review the candidates' records individually. I did that, which is why I am supporting Dave McCormick for the U.S. Senate. Click here to learn more about Dave.