This week, I joined Fox Business to discuss the Biden administration’s planned White House Disinformation Board and their efforts to stifle free speech. A government entity that polices the statements of its citizens is anti-American, the stuff of Orwellian fantasy, and unlike anything I would expect to see in this country. Click here or below to watch my interview. 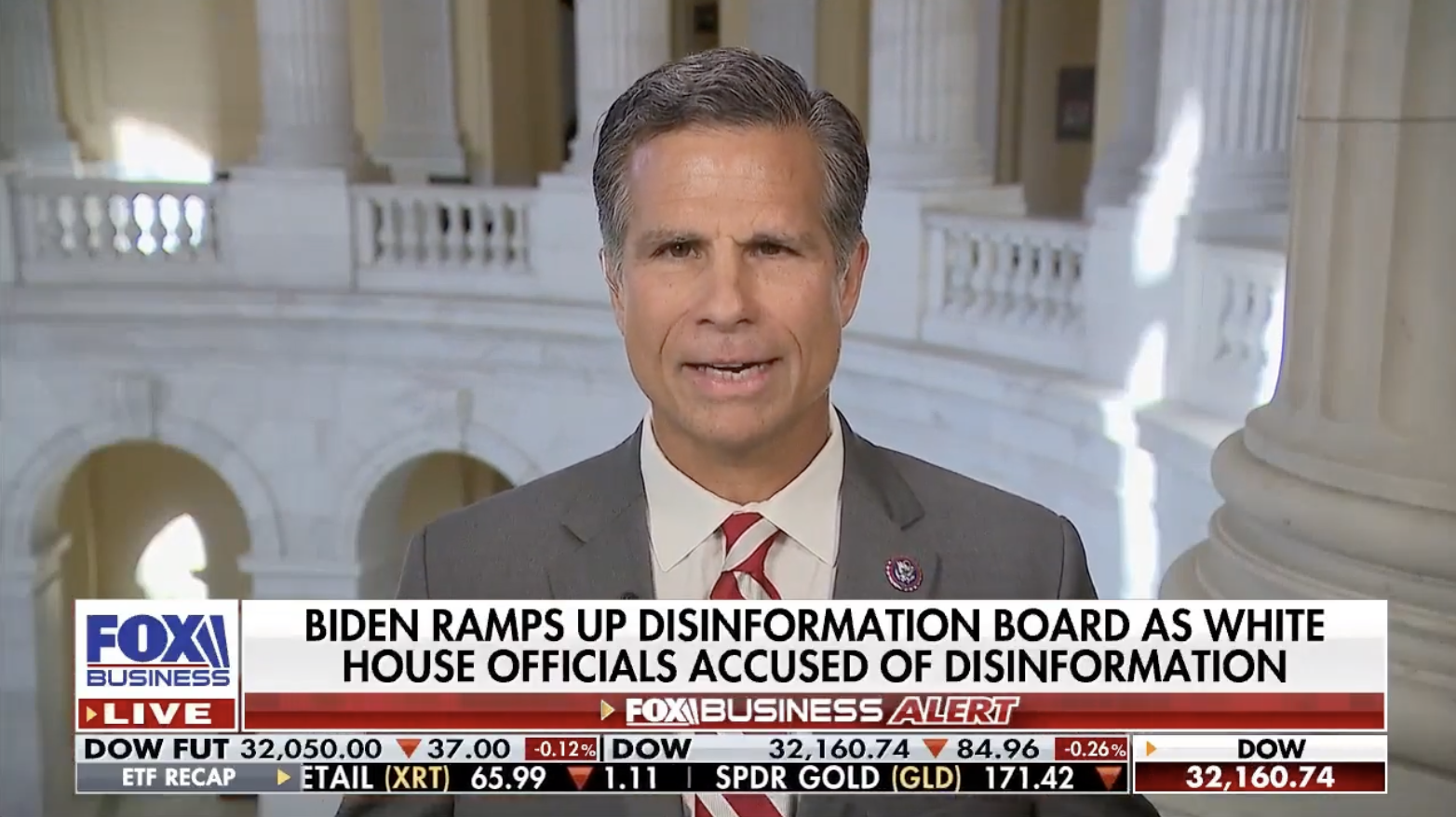 This week is National Police Week, and I spoke on the House floor to publicly thank our men and women in law enforcement who dutifully protect & serve our communities. Click here to view my remarks.

Additionally, I joined Leader Kevin McCarthy, my Republican colleagues, and Capitol Police officers for the second Back the Blue Bike Tour in honor of National Police Week. We rode together from the Capitol to the National Law Enforcement Officers Memorial, where we paused to honor fallen police officers from Pennsylvania and across America. 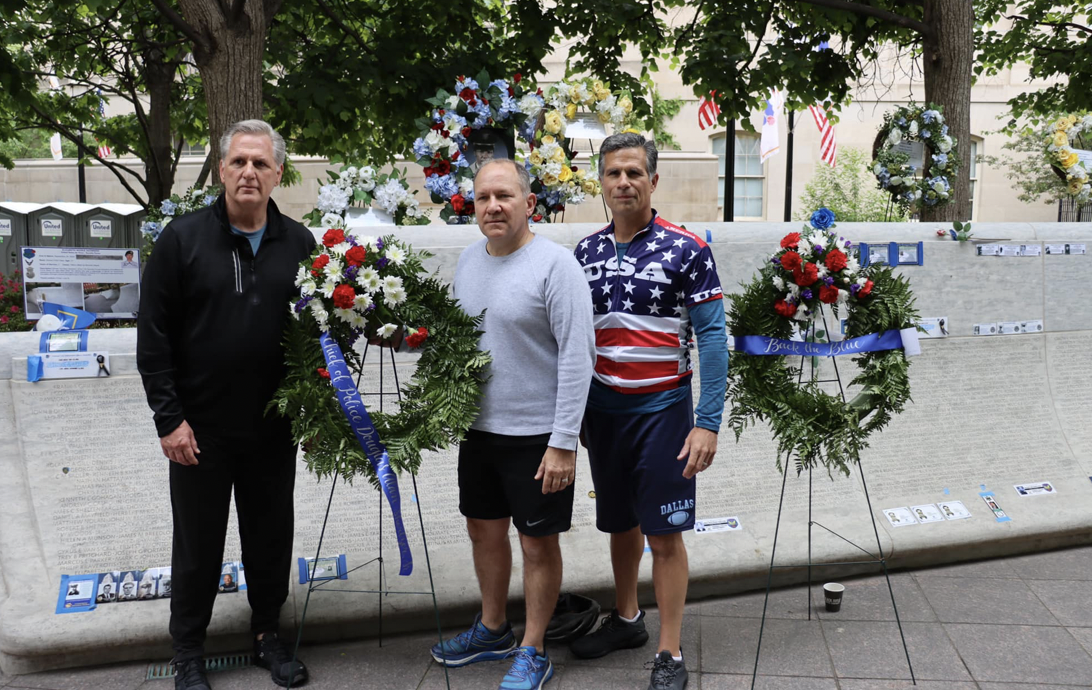 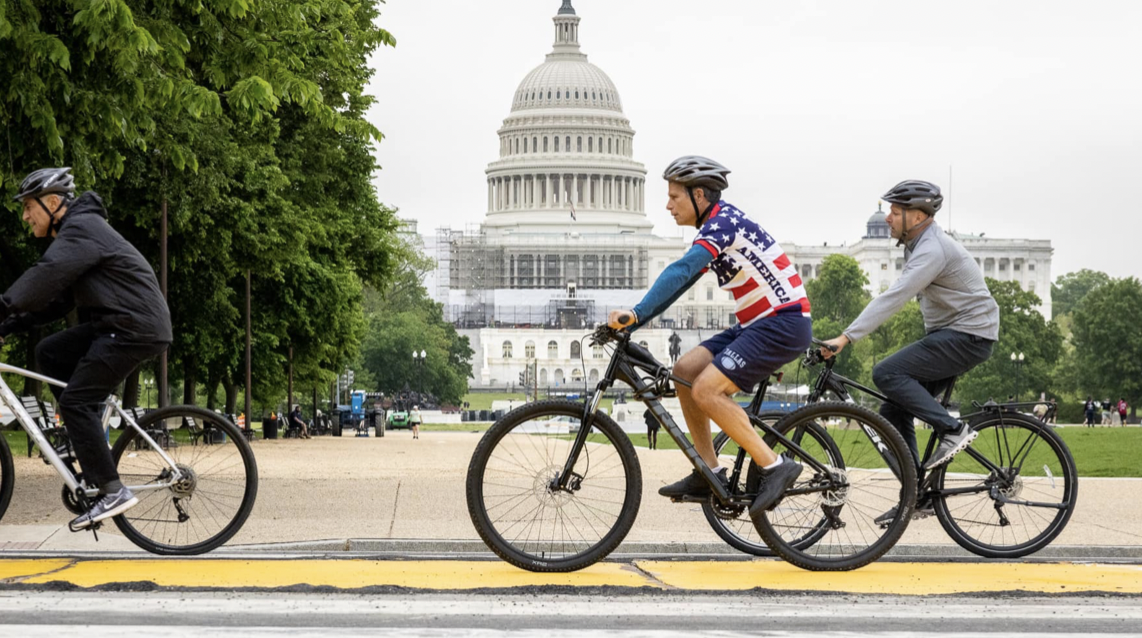 Supporting our police & promoting public safety shouldn't be a red or blue issue but a red, white, and blue issue. We all must back the blue!

This week, we also got to host PA GOP Vice-Chair Bernie Comfort and the latest class of the Anne Anstine Excellence in Public Service Series in Washington. It was a great visit, and we shared our experience serving in U.S. Congress. 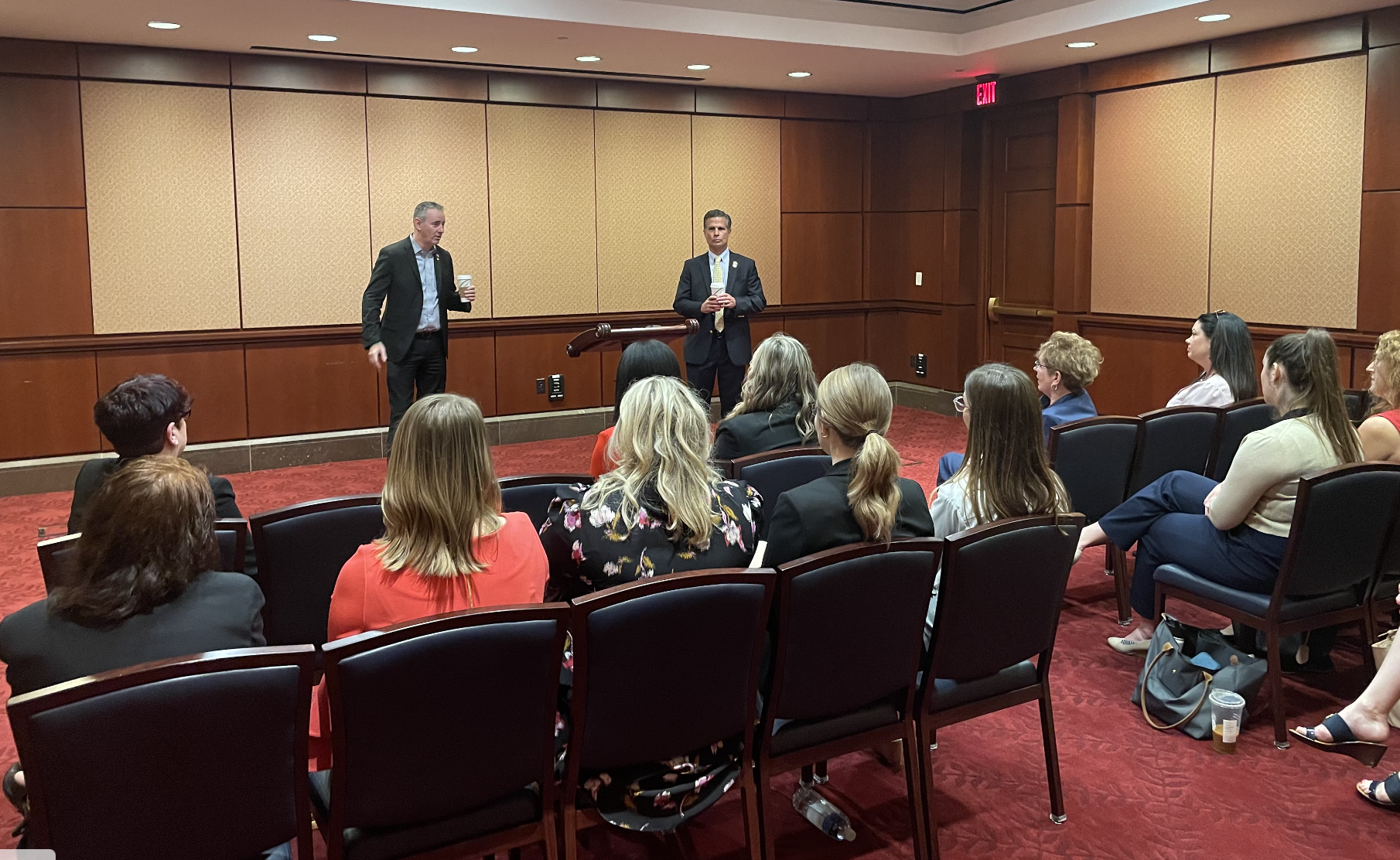 IN NEWS YOU WON’T HEAR IN THE MAINSTREAM MEDIA: Biden's crisis at the border continues to worsen... and now he wants to lift Title 42 and significantly increase the flow of illegals across our southern border. This crisis was 100% created by the policies of the Biden administration and the Democrat Party.

Here are statements by the former commissioner of the U.S. Customs and Border Patrol, President of the National Border Patrol Council, former director of ICE, retired special agent of the DEA, and the former acting director of the Citizenship & Immigration Services. I have spoken to each one of these people officials. Here are some of the information they are sharing...

Lifting Title 42 will only make things worse. We need to call every Democrat member of Congress and the White House. We must overwhelm them with calls and emails and tell them to stop this madness and not to lift Title 42. Currently, Biden plans to lift Title 42 on May 23. This will at least DOUBLE the flow of illegals and drugs into the U.S. There are tens of thousands of adults camping out at the Mexico border in anticipation of Title 42 to be lifted so adults can enter without any regard or requirements for the Covid-19 vaccinations.

The Biden Administration inherited the most secure border and made it the most unsecure.

On Monday, we visited Sullivan County with State Representative Joe Hamm. We were joined by Sullivan County District Attorney Julie Shaffer, who took time out of her day to take us around the courthouse and introduce us to several small businesses. 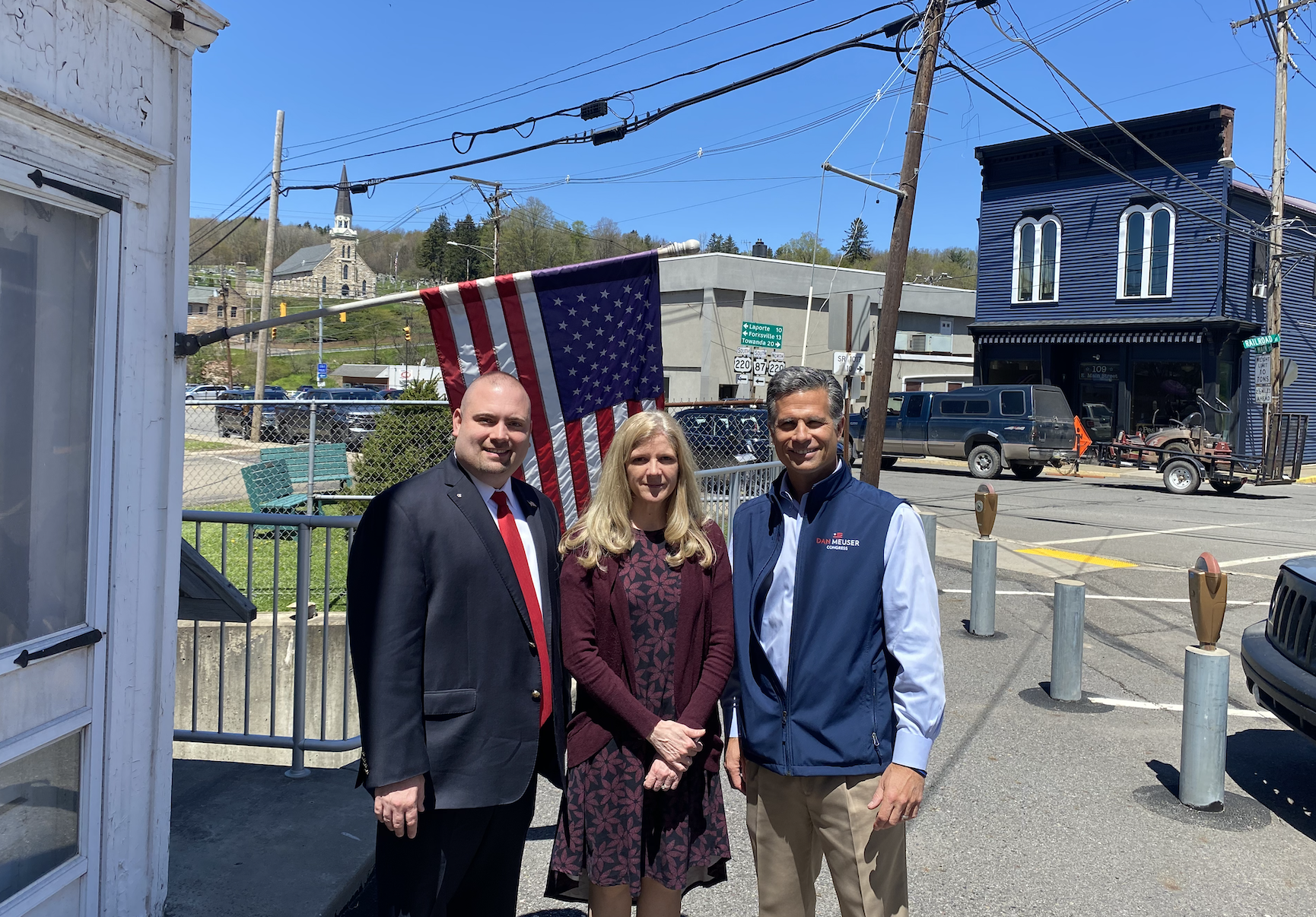 We also made a stop at a new employer, Unity Lab, which took over for the Hoffman New Yorker plant. Unity Lab manufactures and distributes its products for the clothing industry. Unity Lab has retained all the old employees and is rapidly growing in the area. Great operation 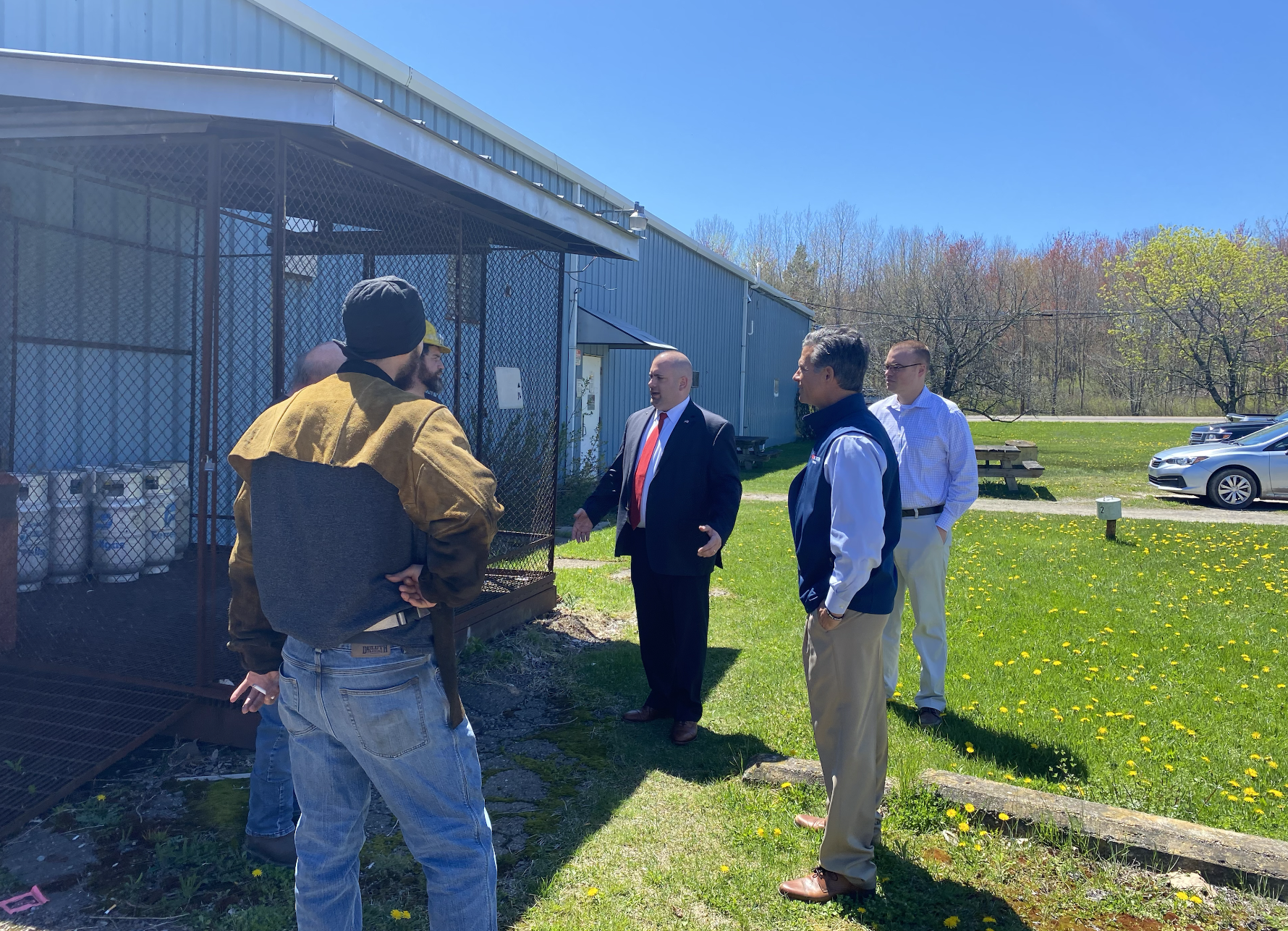 On Tuesday, we visited the Schuylkill Chamber of Commerce, where I spoke to their leadership program, which is comprised of management from many Schuylkill County businesses and organizations. They had the opportunity to discuss ongoing issues and ask questions about being a member of Congress. 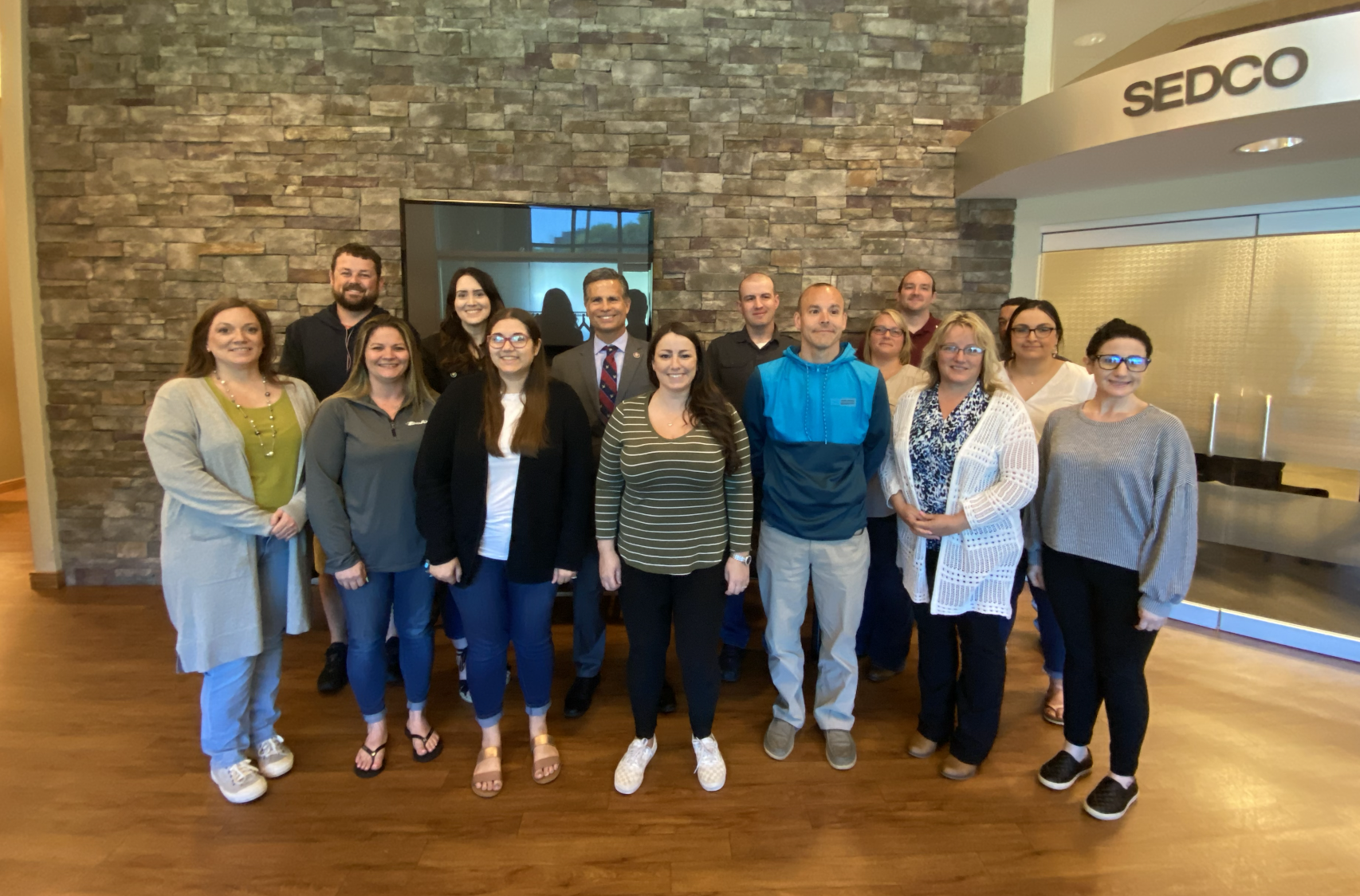 Yesterday, Shelley and I attended the 80th surprise birthday party of a great friend to many, Santo Agati. (Shelley and I are pictured below with Santo and our good friend Dave Baloga) 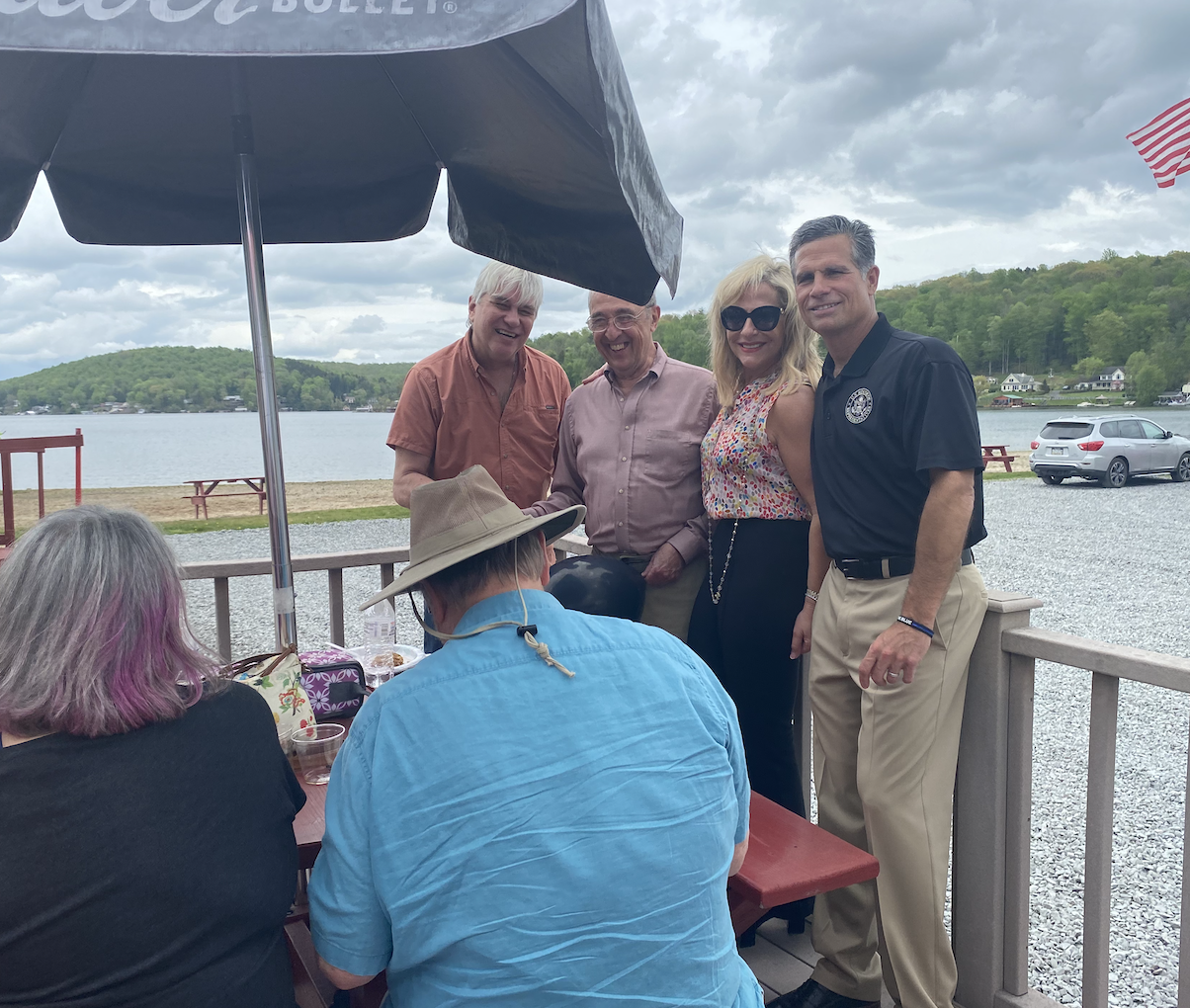 Last night, I attended the Northumberland GOP Dinner. Great event, and I enjoyed having the chance to address an excited group of patriots. 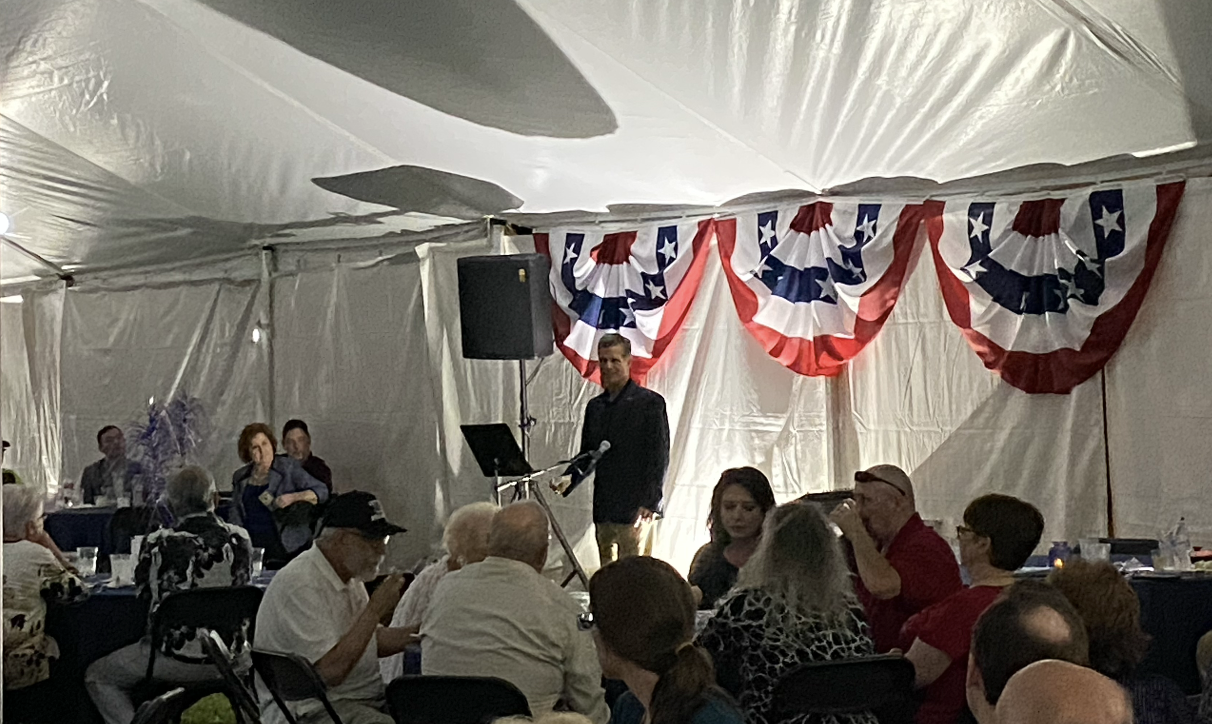 While I am running unopposed, I humbly ask for your vote in the upcoming Primary to continue representing the 9th Congressional District. The new 9th District consists of the following counties, Bradford, Columbia, Lebanon, Montour, Northumberland, Schuylkill, Sullivan, Susquehanna, Wyoming and parts of Berks, Luzerne, and Lycoming counties. This largely encompasses and expands the current 9th District. We have some big goals to accomplish this year electorally, beginning with winning back control of the U.S. House and retiring Speaker Nancy Pelosi. I recorded a radio ad for our re-election campaign, viewed by clicking here. 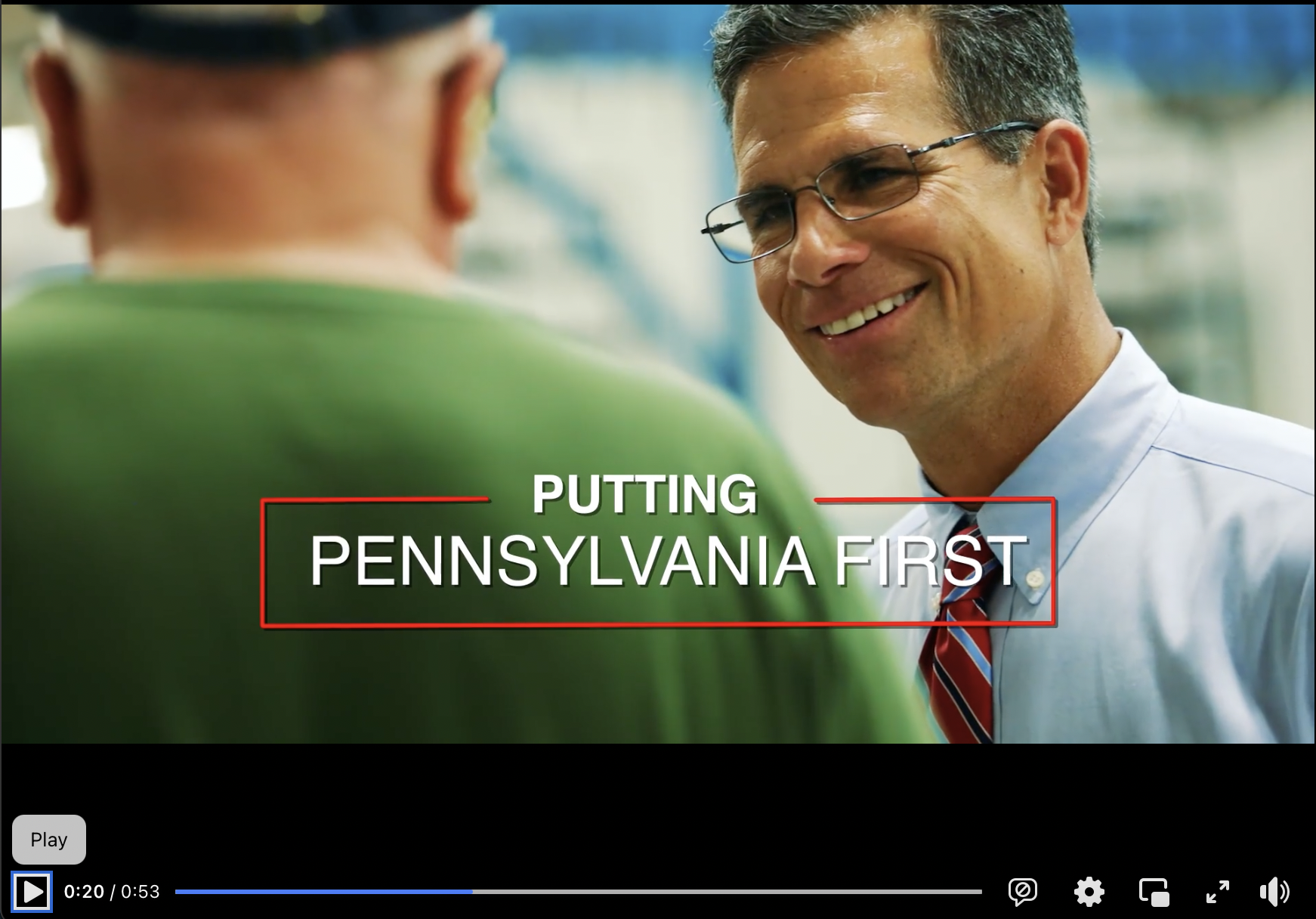 On Friday morning, I attended a rally for Dave McCormick! Ted Cruz joined us in Wilkes Barre Township for a packed house and an energetic rally. Dave is an America First Patriot, and Senator Ted Cruz was great. Dave is a native of Bloomsburg, was a standout football player and wrestler at Bloomsburg High School, went to West Point, served in the U.S. Army, and built a business. Now, Dave is dedicated to serving our nation full time again.

Folks, I feel it very important to elect a U.S. Senator from Pennsylvania whom we can COUNT ON. We must be CONFIDENT our nominee will be a consistent conservative. Unfortunately, not every candidate has proven to be conservative. Dr. Oz regularly sympathizes with left-wing positions... this is unnerving and sounds very Romneyesque.

We need a nominee who will fearlessly fight for a constitutional, law and order, militarily strong, and pro-growth America. Dave McCormick will do the job, be accessible, and proudly represent our interests. As well, Dave is the Conservative that will win in November. Please strongly consider voting for Dave, a real America First conservative. 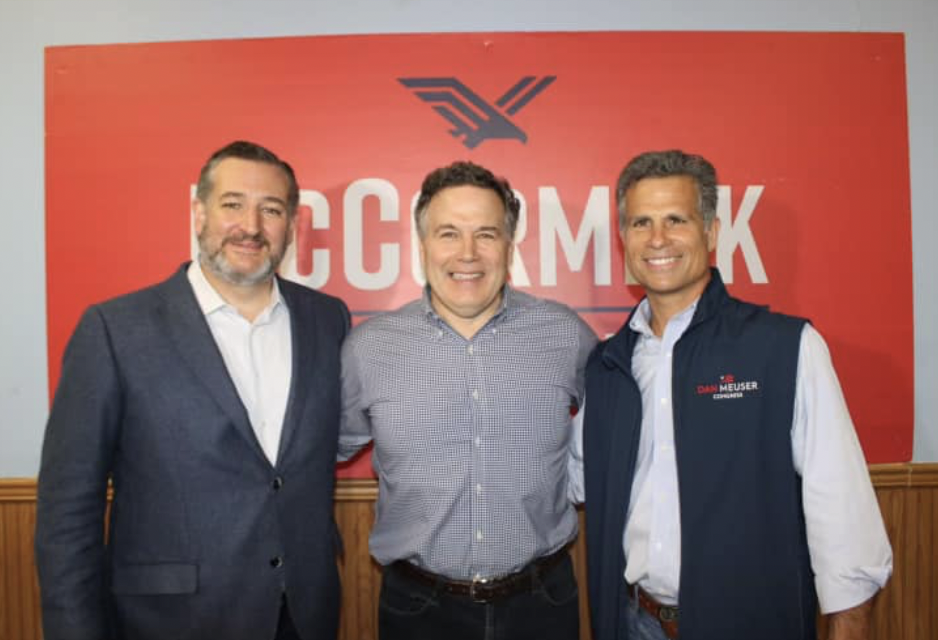 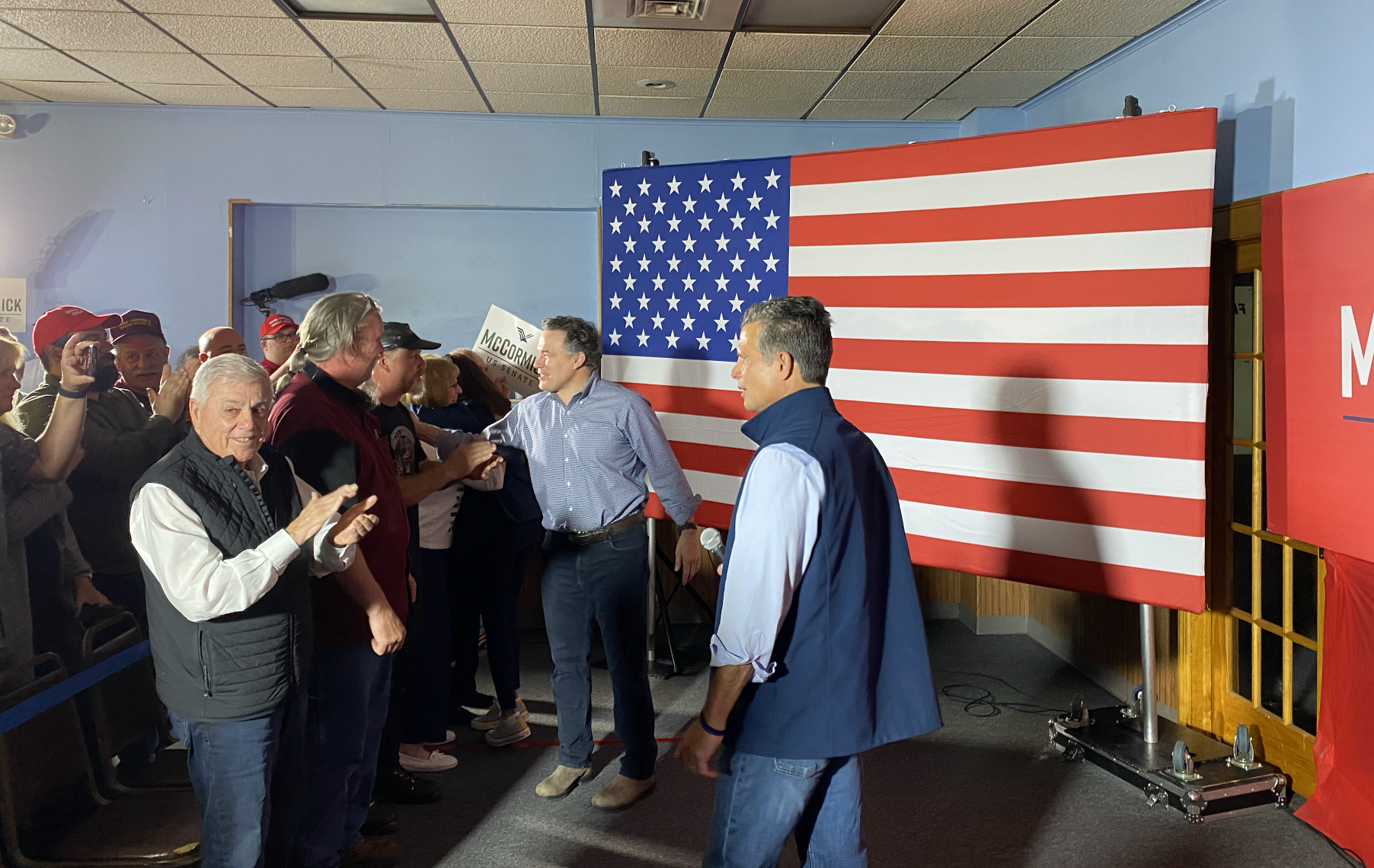 Remember, polls are open from 7 am – 8 pm. Click here to find your polling location.