First of all, I want to wish my mother, my wife Shelley and all the mothers across the 9th Congressional District a Happy Mother’s Day on Sunday. In that spirit, I joined in a press conference with Gold Star moms, who are American mothers who lost sons or daughters in service of the United States Armed Forces. I am pictured with President Trump Senior Advisor Kellyanne Conway, Congresswoman Liz Cheney, Gold Star mom Debbie Lee and other members. Debbie's son, Petty Officer 2nd Class Marc Alan Lee, was the first Navy SEAL killed in Iraq on August 2, 2016 at 28 years of age. Debbie was the first Gold Star mom in U.S. history to visit the combat zone where her son was killed. She visited Iraq in 2007 and 2010. She founded America's Mighty Warrior, a nonprofit organization that supports U.S. troops and their families. Debbie is an amazing woman and mother and I was honored to stand alongside her at this event. 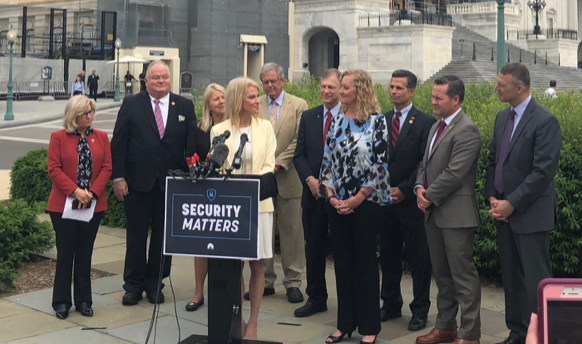 On Saturday, my wife Shelley and I attended the annual Pennsylvania AG Republicans Kentucky Derby Party in Myerstown. I was pleased to join with so many close friends from Lebanon and Berks counties. I also got to see my good friends, Congressman G.T. Thompson, State Senator Dave Argall, Pennsylvania AG Republican Chair Mike Firestine and his wife Martene, among many others.

Later Saturday evening, Shelley and I, attended a fundraiser with my good friend Lou Barletta. The fundraiser was for Jordan's Army, a charity to raise resources for Lou's grandson, Jordan, who is battling a life threatening illness. God Bless Jordan, Lou and the entire Barletta family. 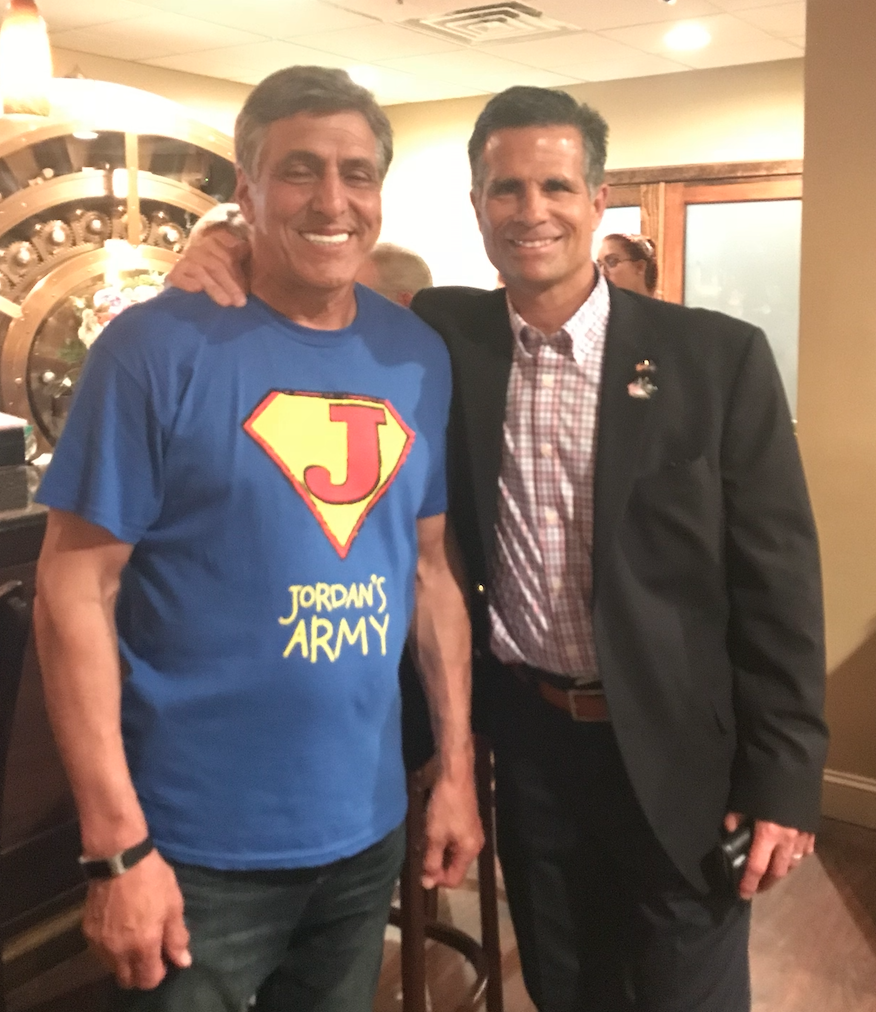 On Sunday, I attended an event the Reading/Berks March for Life and walked in solidarity with many committed residents who support our shared pro-life values. The March for Life took on greater meaning when I witnessed what took place in Philadelphia with a Democratic member of the Pennsylvania State House, Rep. Brian Simms, as he repeatedly harassed and bullied women who were quietly praying for the lives of the unborn on a sidewalk outside of a Planned Parenthood abortion clinic. I am concerned that these tactics will not stop as they have been adopted by many extreme Socialist-Democrat politicians. I addressed the Reading/Berks March for Life and repudiated the actions of Democrat State Rep. Simms today on the floor of the United States House. Click here to watch my comments. 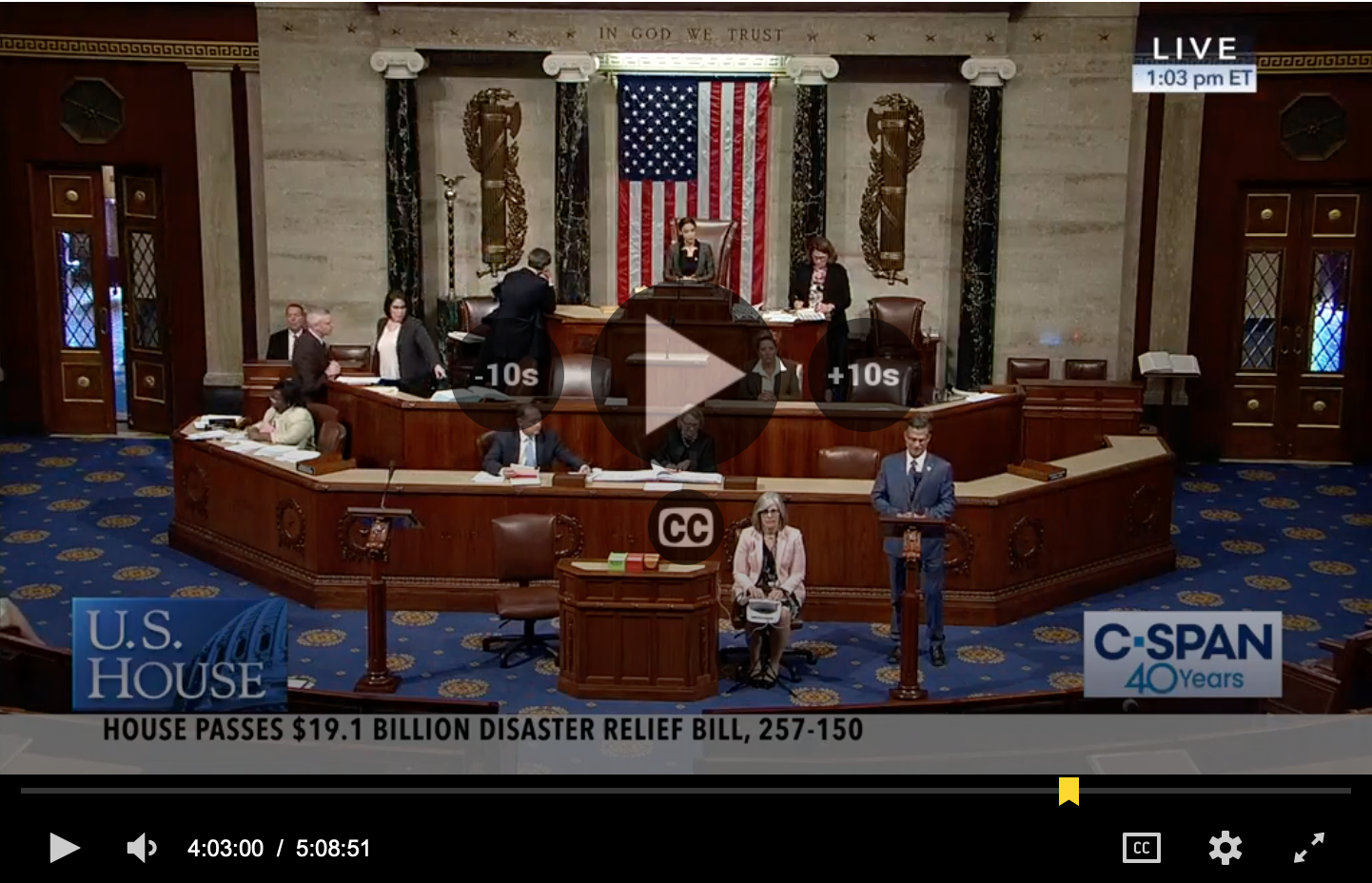 We celebrated National Nurses Week. Our District has many dedicated nurses and they care for patients with skill, compassion and serve as the spirit of our hospitals. We also celebrated Teacher Appreciation Week. We have some tremendous educators across our District and those good teachers are appreciated by parents and our communities. 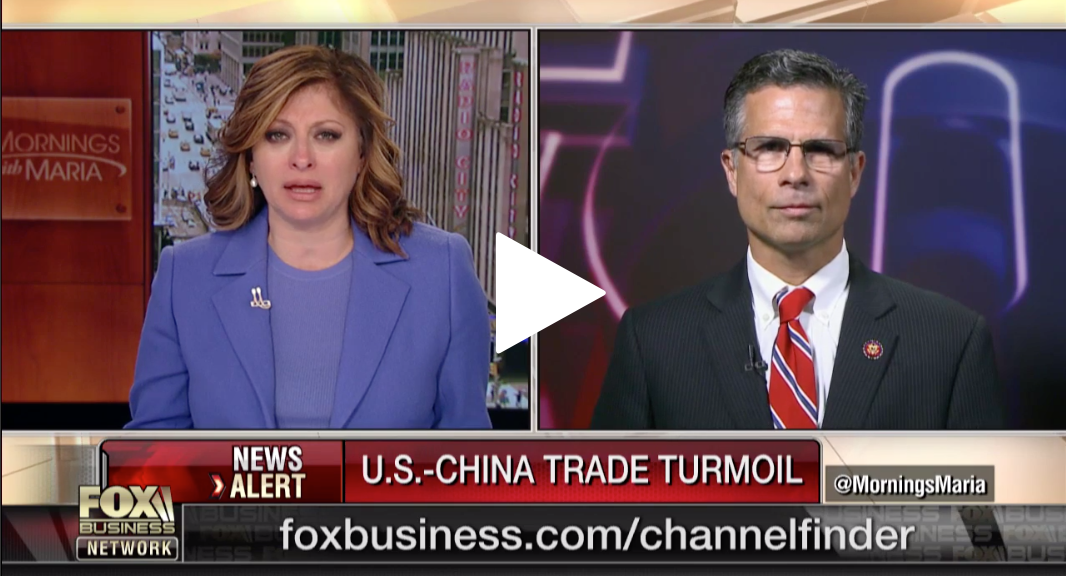 As a member of the House Education and Labor Committee, I joined my colleagues in unanimously approving the bipartisan Stronger Child Abuse Prevention and Treatment Act. This will help to strengthen our ability to detect and prevent child abuse and neglect. With the opioid epidemic continuing to damage our local communities and families, our children are being hurt. I joined with Rep. Harder to provide much-needed support to these children and assistance for our communities to fight to protect children from harm.

This week, the Department of Veterans Affairs launched their VetTec pilot program.  This program permits Veterans to use their GI Bill benefits to take courses to help learn new skills that will prepare for high-tech jobs of the future. Click on this link to apply or learn more about this new program.

I spoke on the floor of the House against H.R. 986 - a bill that restricts the ability for states' to innovate and lower healthcare costs for patients and families. We must work on reforming our country's healthcare system and work to provide more choices, competition, reduce costs and promote solutions in the private sector. Unfortunately, this bill is more of the same... a big government, one-size-fits-all healthcare system. Click here to watch my remarks. 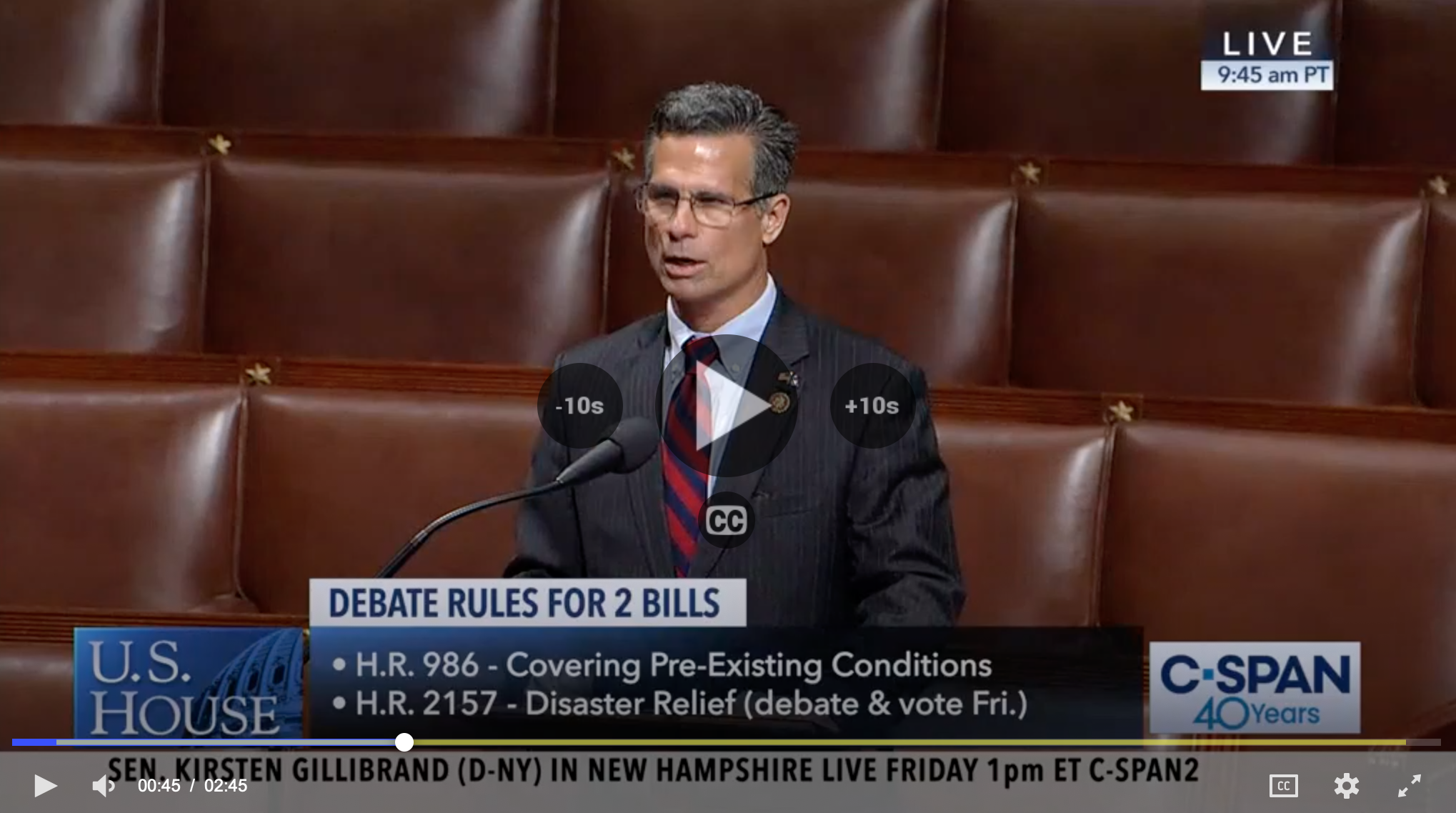 In News You Won’t Hear in the Mainstream Media: Socialism is not popular. A Monmouth University poll reveals the majority of Americans don’t believe socialism is compatible with American values. The research showed that only 10% of voters viewed socialism favorably, while 42% viewed it negatively. This is not good news for House Democrats who have spent their entire year in the majority pushing a socialist agenda.

On the storm water fee issue, we are awaiting the promised answers to our questions and will share them as soon as received. We expect to receive answers next week from the Environmental Protection Agency (EPA).

Tonight, I am attending a fundraising event along with House Republican Leader Kevin McCarthy and other members of Pennsylvania's Republican Congressional Delegation in support of Fred Keller, our Republican nominee for Congress in the 12th District. Fred is running in the Special Election on May 21 and is an excellent candidate. If you are in Fred's District, please get to the polls and support him on Election Day. This is an important race and another big step in our Republican Party's efforts to win back the majority in the United States House in Pennsylvania and across the nation.