I want to acknowledge again fallen Lebanon City Police Lieutenant William Lebo. Lebo was a 40 year veteran of the force and was just one month away from retirement. On Friday, Shelley and I attended the ceremony at the Giant Center in Hershey as we all paid our final respects.

I spoke on the floor of the U.S. House in memory of Lt. Lebo. He was a calm, kind & ethical police officer who was deeply devoted to protecting the Lebanon community. Shelley and I send my deepest condolences to Lt. Lebo's wife, Lora, his daughter Corrine, his entire family, the Lebanon City Police Department, the Lebanon DA's office, and the entire Lebanon community.

Additionally, we send our prayers to the two injured officers, Ryan Adams and Derek Underkoffler and their families.

This tragedy is a devastating reminder that law enforcement officers put on their uniforms and go to work every day without knowing if they will ever return home. Today and always, we owe our continued support to our police officers and their families, in Pennsylvania and across America.

The Biden administration has crippled America's domestic energy production and seeks to replace it with energy from adversaries such as Venezuela and Iran. They are choosing Venezuela over Pennsylvania, Tehran over Texas, and Moscow over Midland.

I joined my Pennsylvania Republican colleagues, led by Congressman G.T. Thompson, to introduce a resolution calling on the Biden administration to unleash domestic energy production, especially in Pennsylvania. 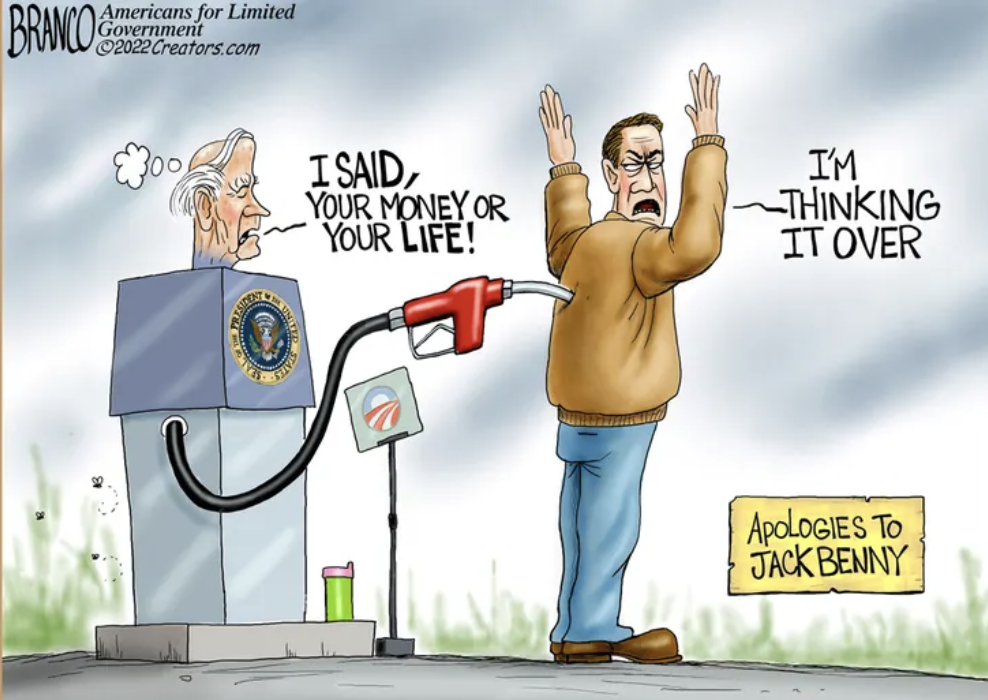 The solution to this energy crisis is right under our feet. Pennsylvania energy development helped make the United States energy independent and the only industrialized nation to cut carbon emissions. However, the Biden administration has pursued a green agenda that forfeited our national and economic security, killed jobs, and drove up energy prices. It's time President Biden abandoned these destructive policies and unleashed the power of American energy. Instead of sending representatives to Venezuela, Iran, and OPEC to purchase oil and gas, he should be looking to Pennsylvania to power America.

Meanwhile, the Biden administration is rushing to agree to a new Iran nuclear deal offering concessions that will enrich our adversaries, endanger our allies & cost America dearly.

This deal was misguided seven years ago. It's downright dangerous today. This week, I joined my House Foreign Affairs Committee Republicanscolleagues to urge the Biden Administration not to make this deal.

At a time when you still need to wear a mask to board a plane, the Biden administration doesn't care if illegal immigrants with health issues, like Covid-19, cross over our border. Last week, I discussed how Biden is ending Title 42, which allows a nation to deny entry to those coming from a country with a virus or known contagious health issue.

This week, I joined 51 of my Republican colleagues in calling on the Biden administration to reverse their disastrous decision to rescind Title 42. We already have an unprecedented surge of illegal immigration & drugs at our border. Ending Title 42 will only exacerbate this crisis. Additionally, this decision underscores the hypocrisy of the Biden administration. Americans wear masks on planes… illegal immigrants are allowed to cross the border unfettered. Stupid. Click here to read more from an article in the Daily Caller.

I met with Secretary of Homeland Security Alejandro Mayorkas this week, and believe me; I let him know the people of Pennsylvania are outraged about the Biden administration-created border crisis. I stressed how unbelievably foolish, damaging and deadly the lifting of Title 42 will worsen this situation. Our Customs & Border Patrol (CBP) agents on the border told me illegal crossings may TRIPLE, from 200k per month to 600k per month! That means increases in drugs and human trafficking will drastically increase. It was an off-the-record meeting, so I can't offer additional details, but I hope Biden gets the message...sadly I doubt it.

I recently joined Speaker Newt Gingrich's podcast to discuss the Immigration Transparency and Transit Notification Act, my bill that would bring transparency to the Biden administration's practice of secretly flying thousands of immigrants around the country without notice to state & local officials. Click here to listen to the podcast. 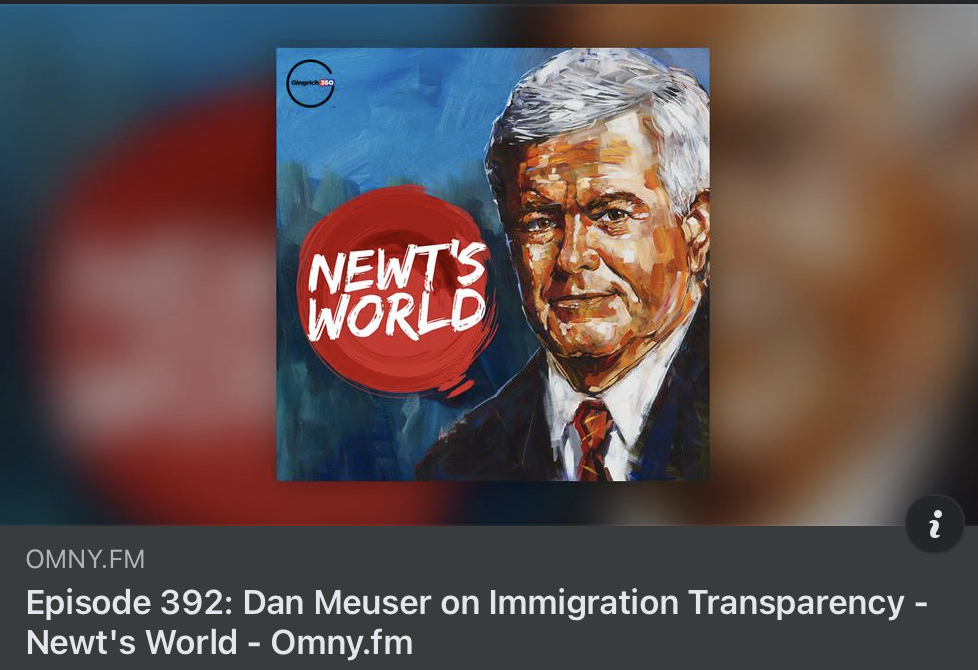 IN NEWS YOU WON'T HEAR IN THE MAINSTREAM MEDIA: Biden has thrown out the welcome mat for illegal immigrants.

Jen Psaki even confirmed that Biden is giving FREE PHONES to illegal immigrants before releasing them into the U.S. Click here or below to see for yourself. 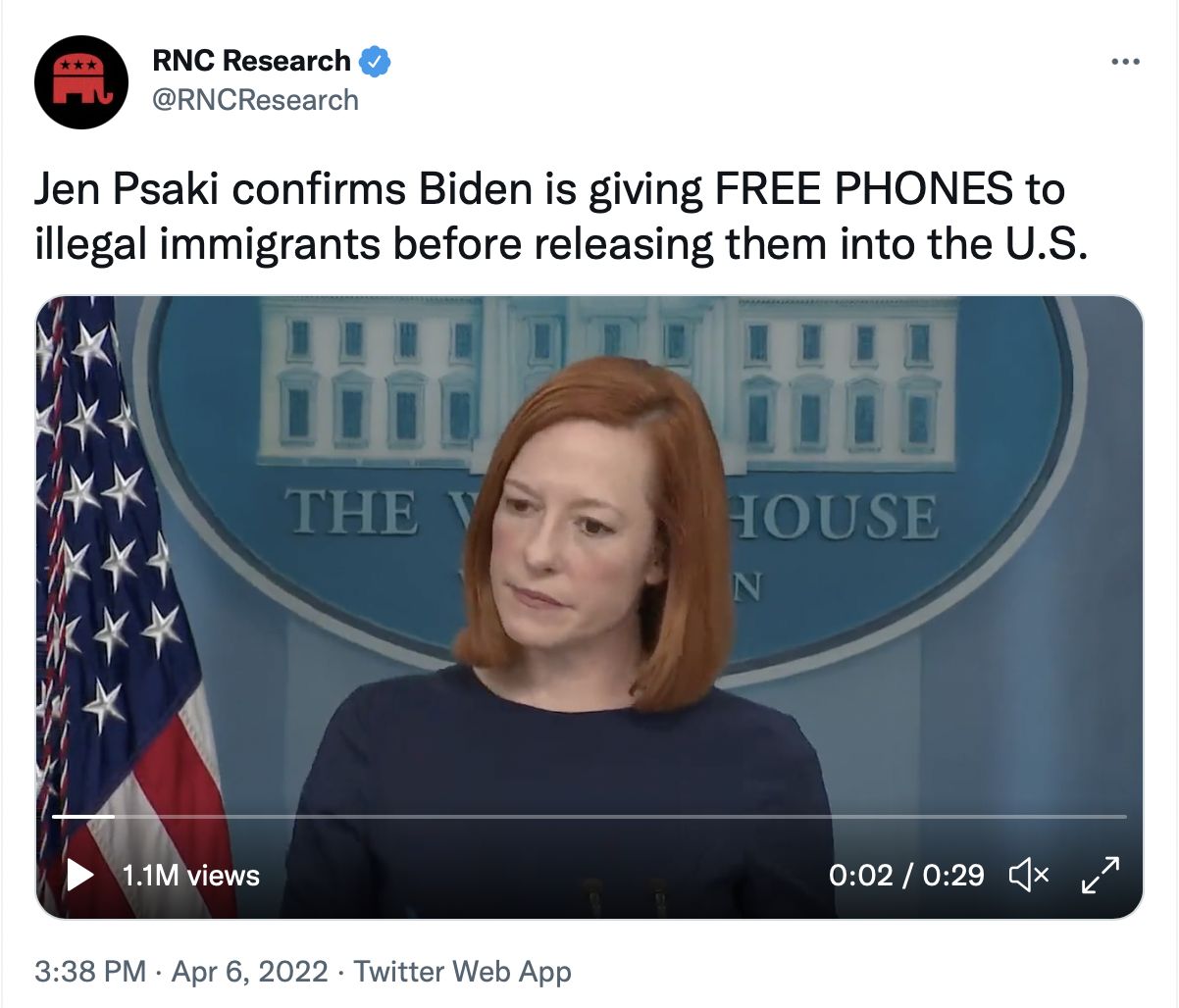 And Biden has advocated for much more, including "taxpayer-funded health care" and "citizenship." Biden is enticing immigrants to illegally cross the border with FREE STUFF and the promise of more. That's why we have the worst border crisis in modern history.

Last Sunday, I joined Lycoming County GOP Chair Vince Matteo and State Rep. Joe Hamm at the Lycoming Mall, where they had a table set up. (Pictured below) 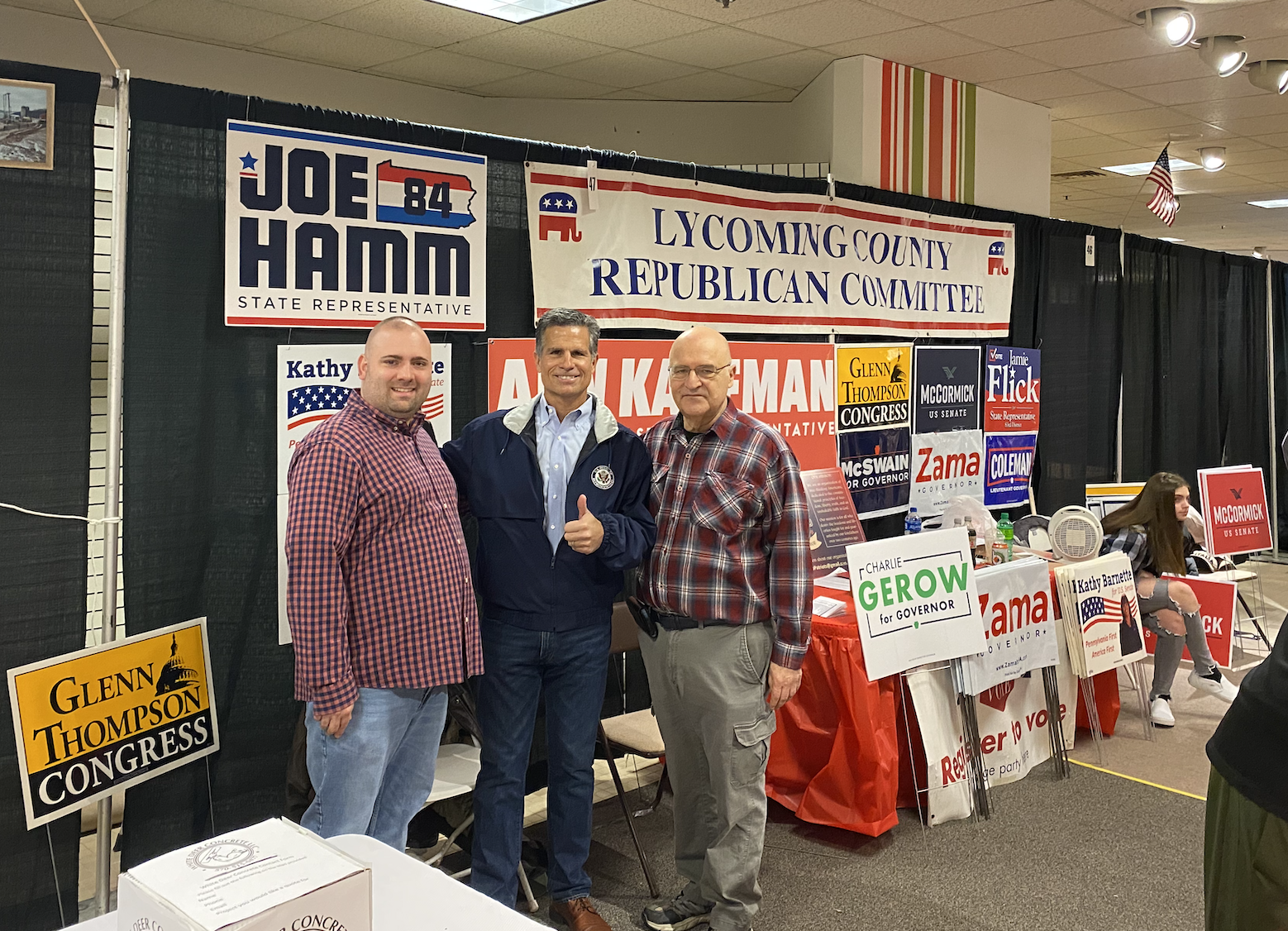 After that, I spoke at a Jamie Barton for State Rep. at the Stony Run Winery in Breinigsville. (Pictured below) 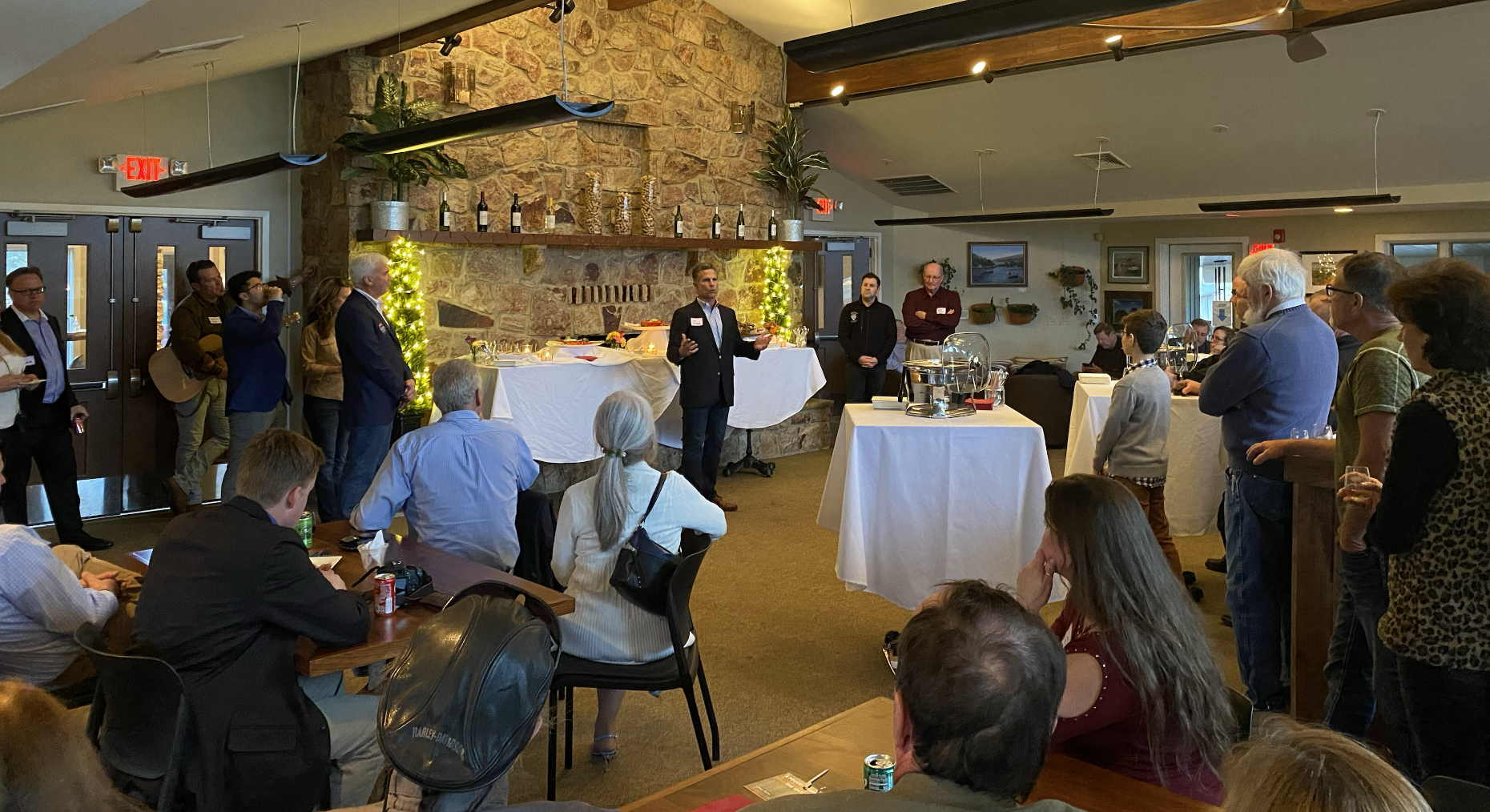 On Monday, I stopped by the Sam Lesante Show. Stay tuned for a video of our interview. 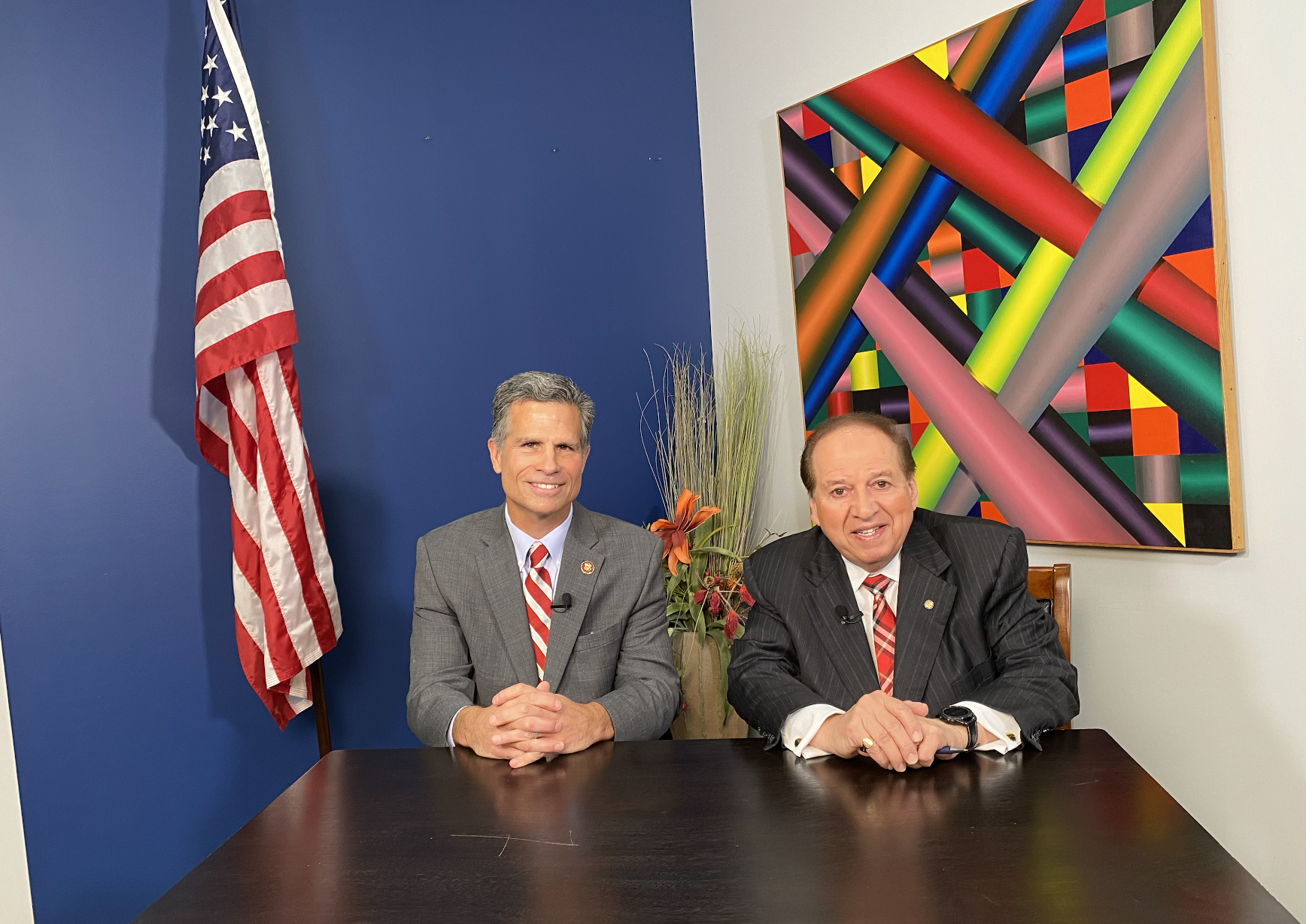 This week, I was in Washington, D.C. and could not attend the Berks County GOP Dinner. However, I was able to send a message. Congresswoman Elise Stefanik joined me in our video message. Elise Stefanik, Republican Conference Chair, announced her endorsement of Dave McCormick for U.S. Senate. We know Dave well, and he has our support to be the next U.S. Senator from Pennsylvania. 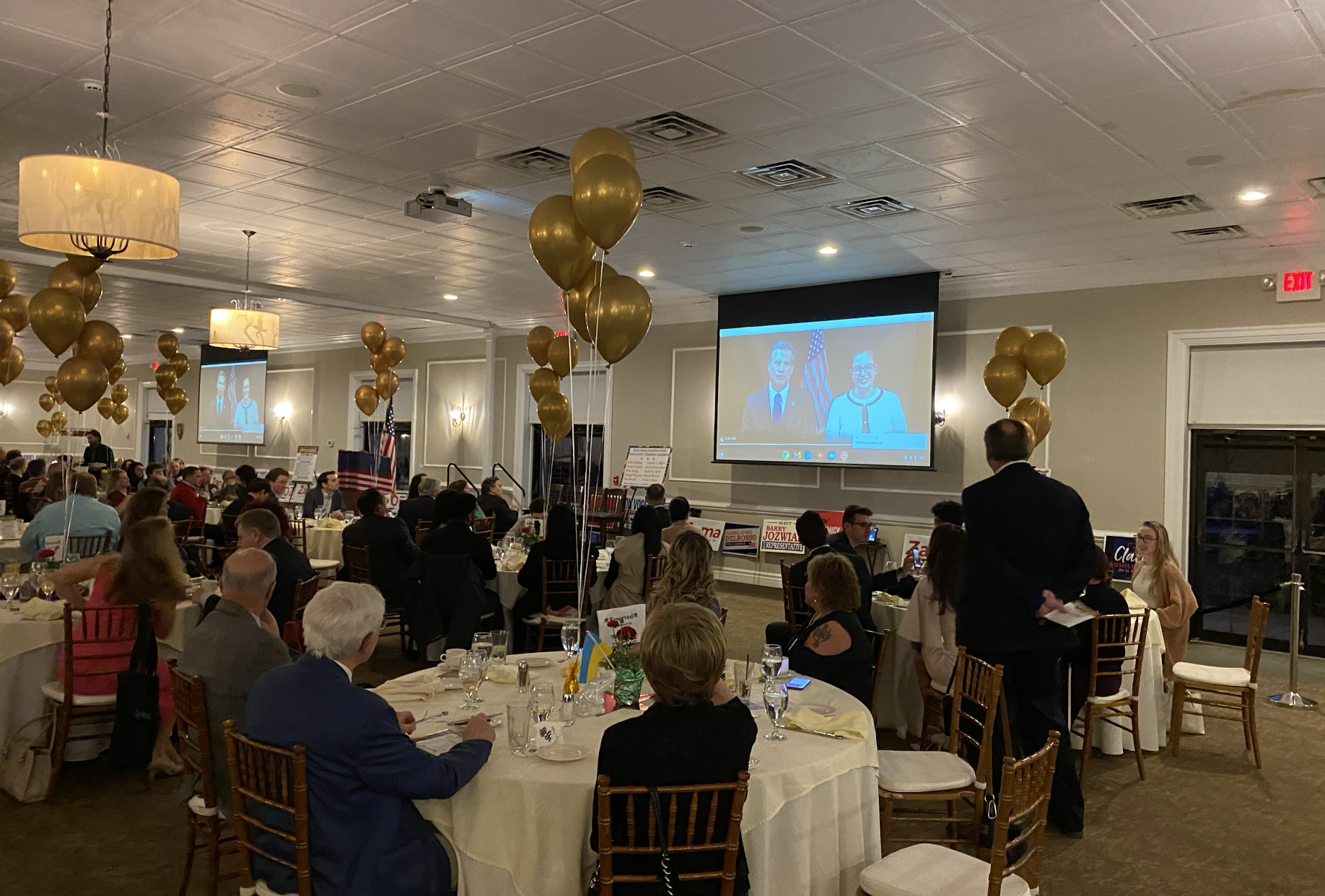 This week, I met with Taiwanese U.S. Ambassador Hsiao Bi-khim. We must continue to stand with Taiwan as they are under constant threat. Taiwan is a key ally of our nation. 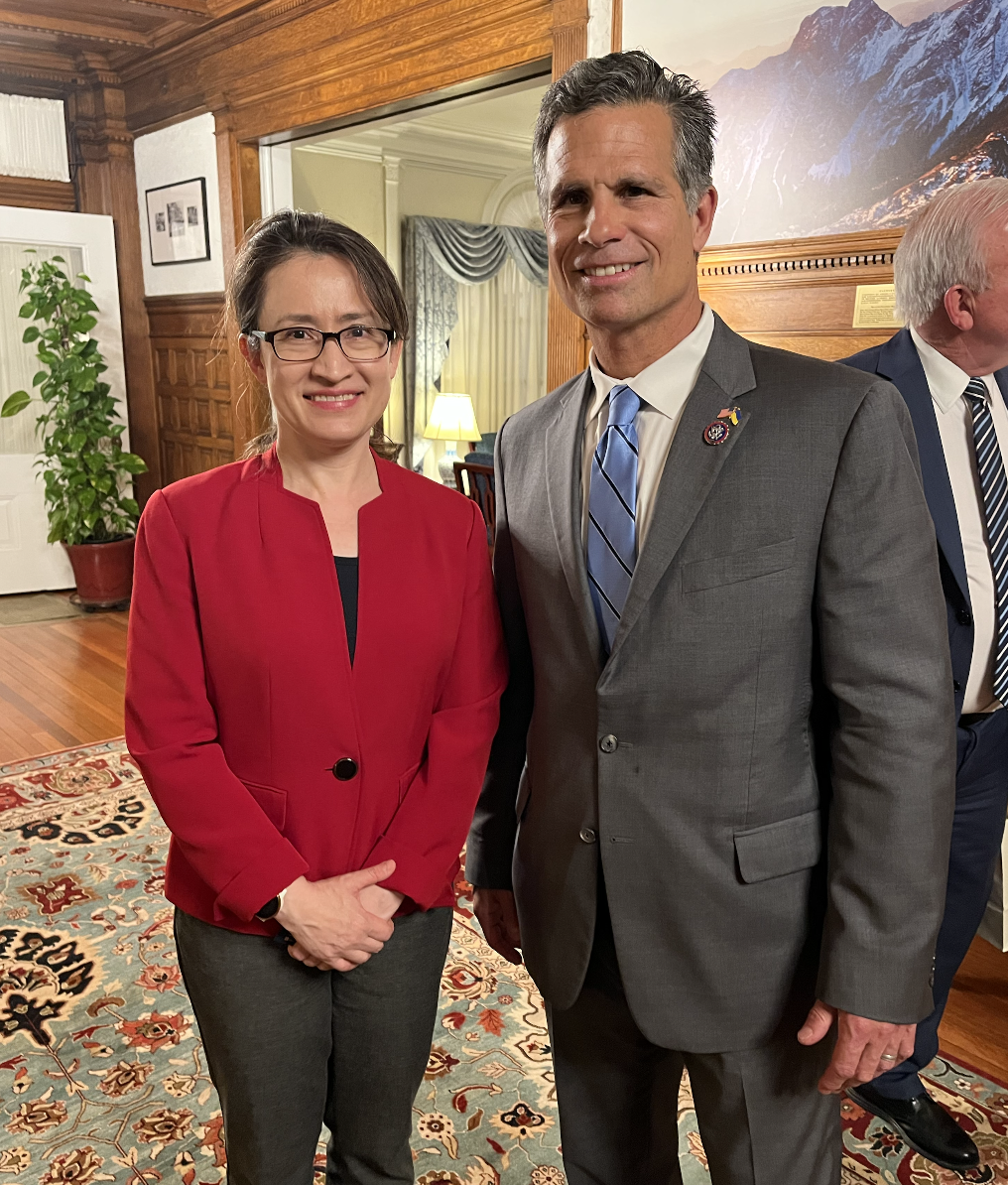 On Thursday, I joined the Pennsylvania Firefighters breakfast held in Washington, D.C., where I addressed the importance of firefighters and getting the next generation prepared. (Pictured below) 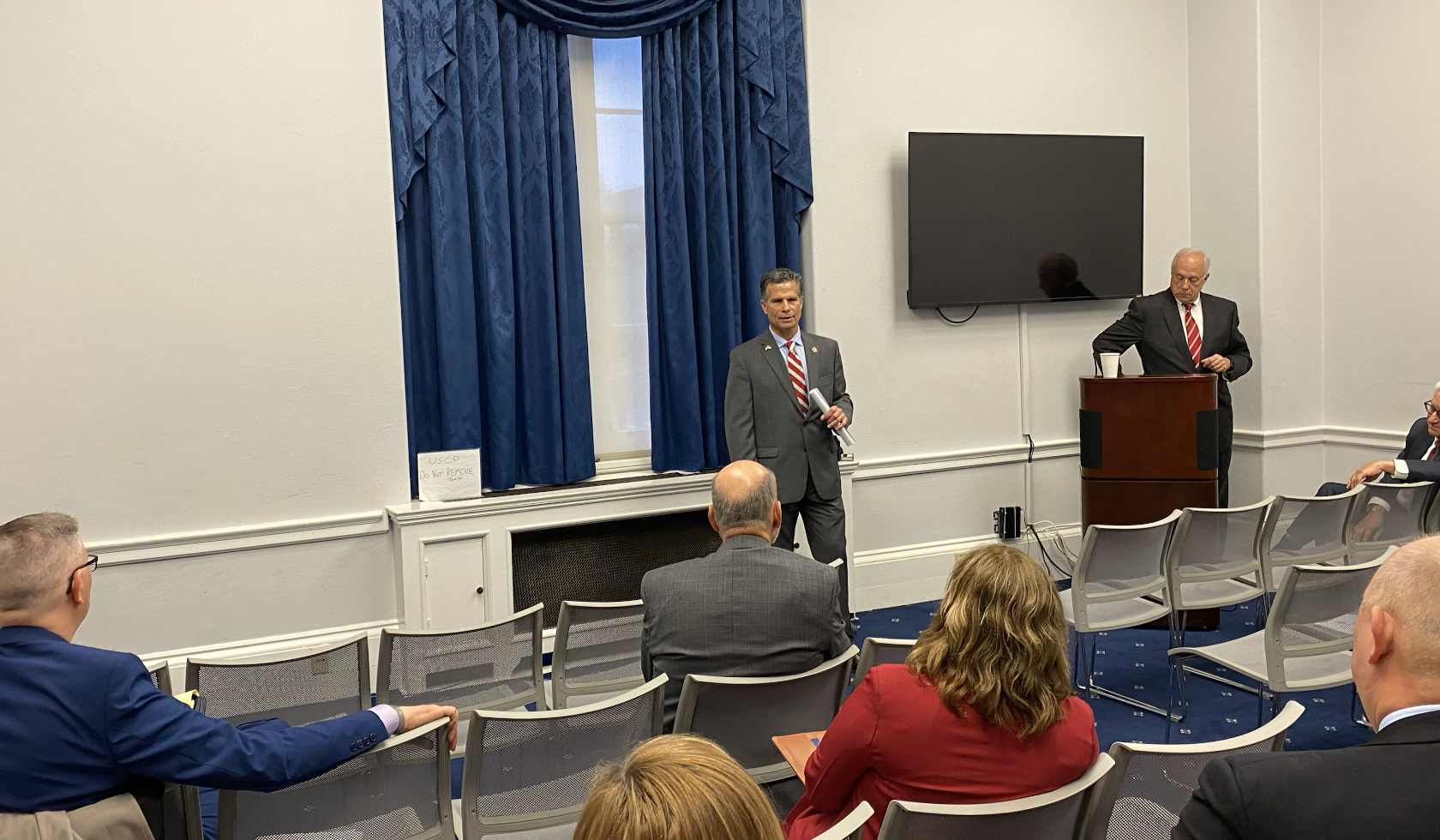 Later Thursday, I joined Brian Connely from American Hose in Tamaqua, Tamaqua Mayor Nate Gerace, and Jared Renshaw, the Fire Commissioner for Western Berks, at the Congressional Fire Services Institute Dinner. The dinner had over 1,100 people in attendance. 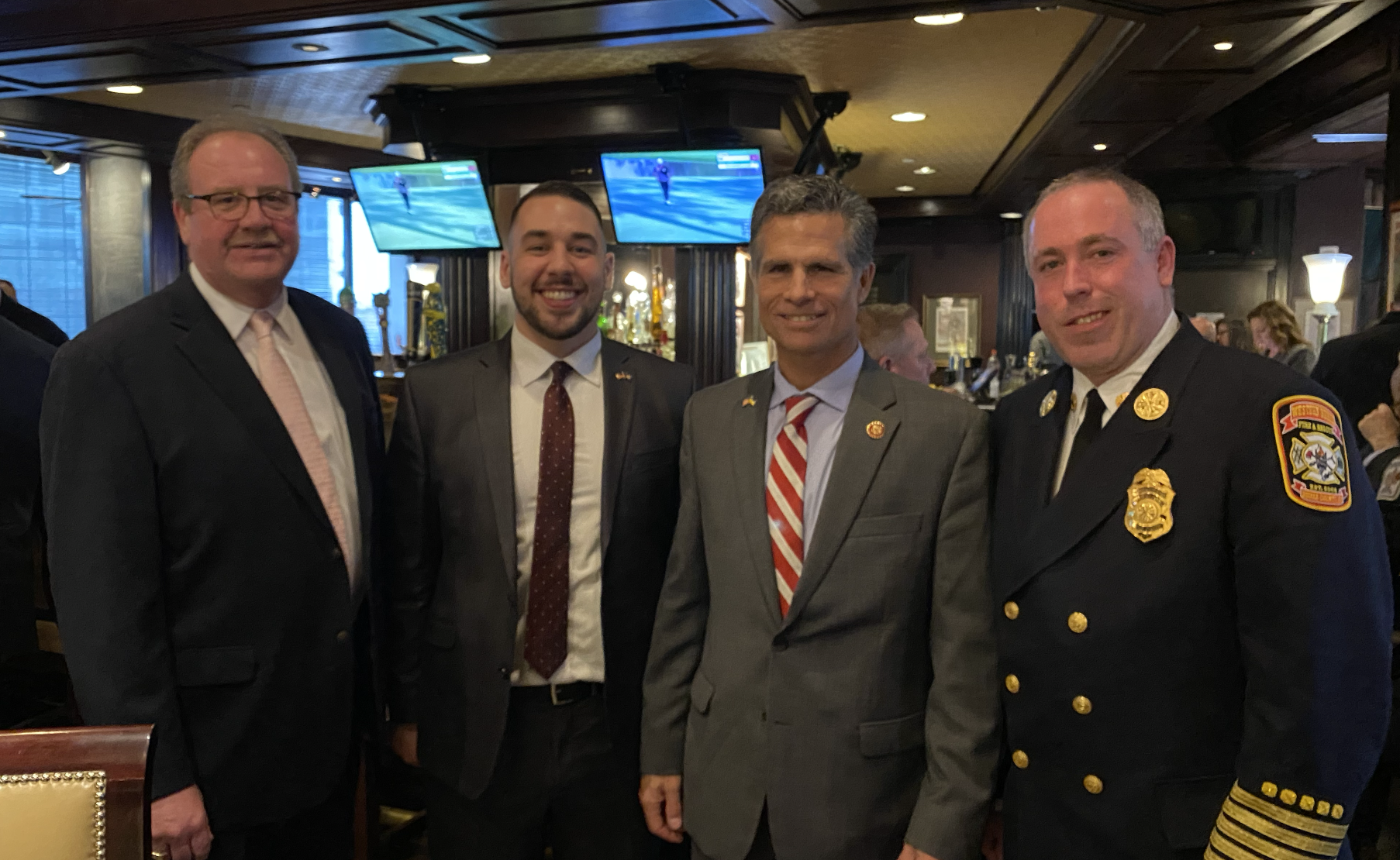 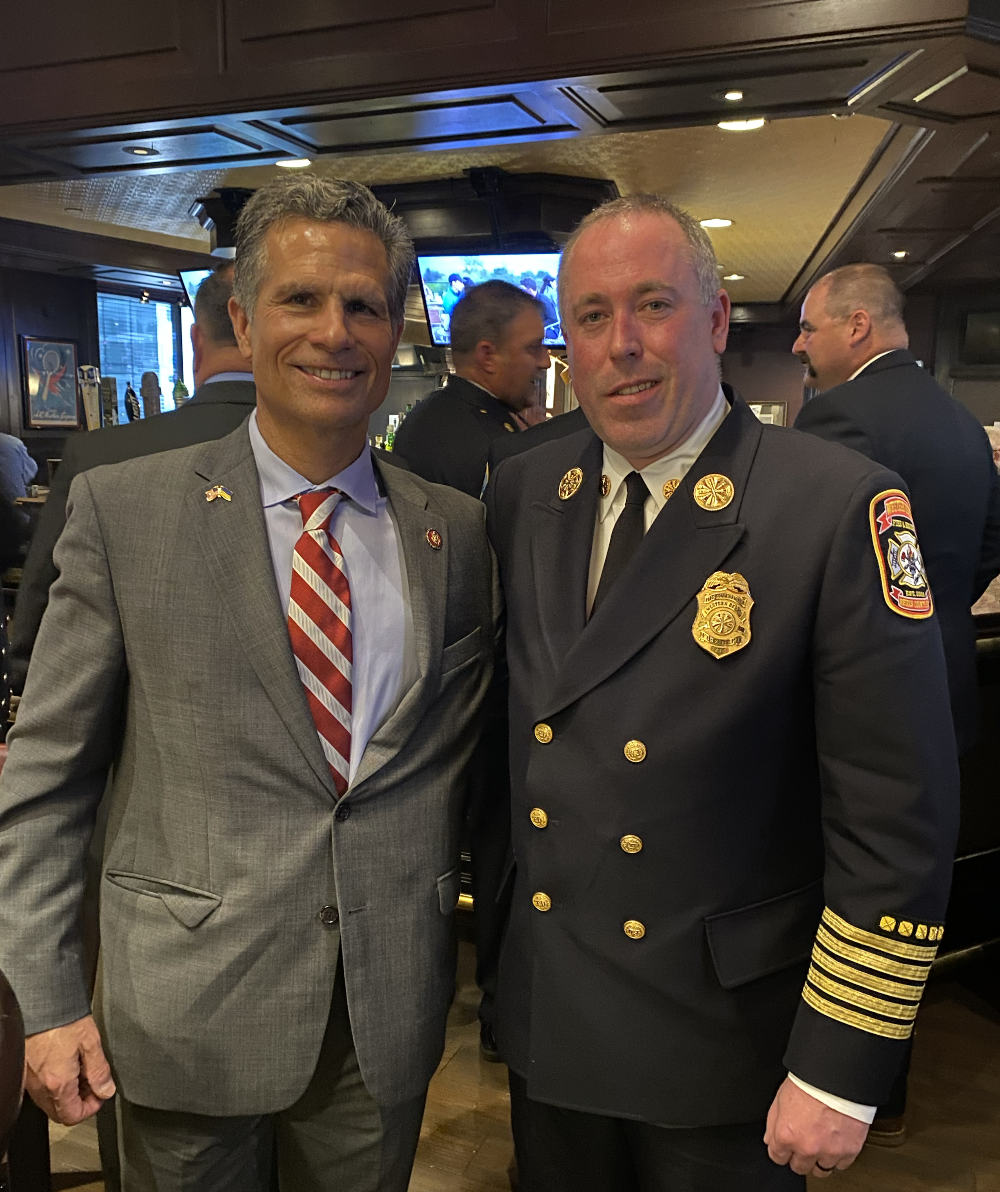 This week, I toured the Brick Mill Furniture in Williamsport as part of Our Small Business Tour. (Pictured with Ann Kaufman, GOP candidate for State Rep in the 83rd District) 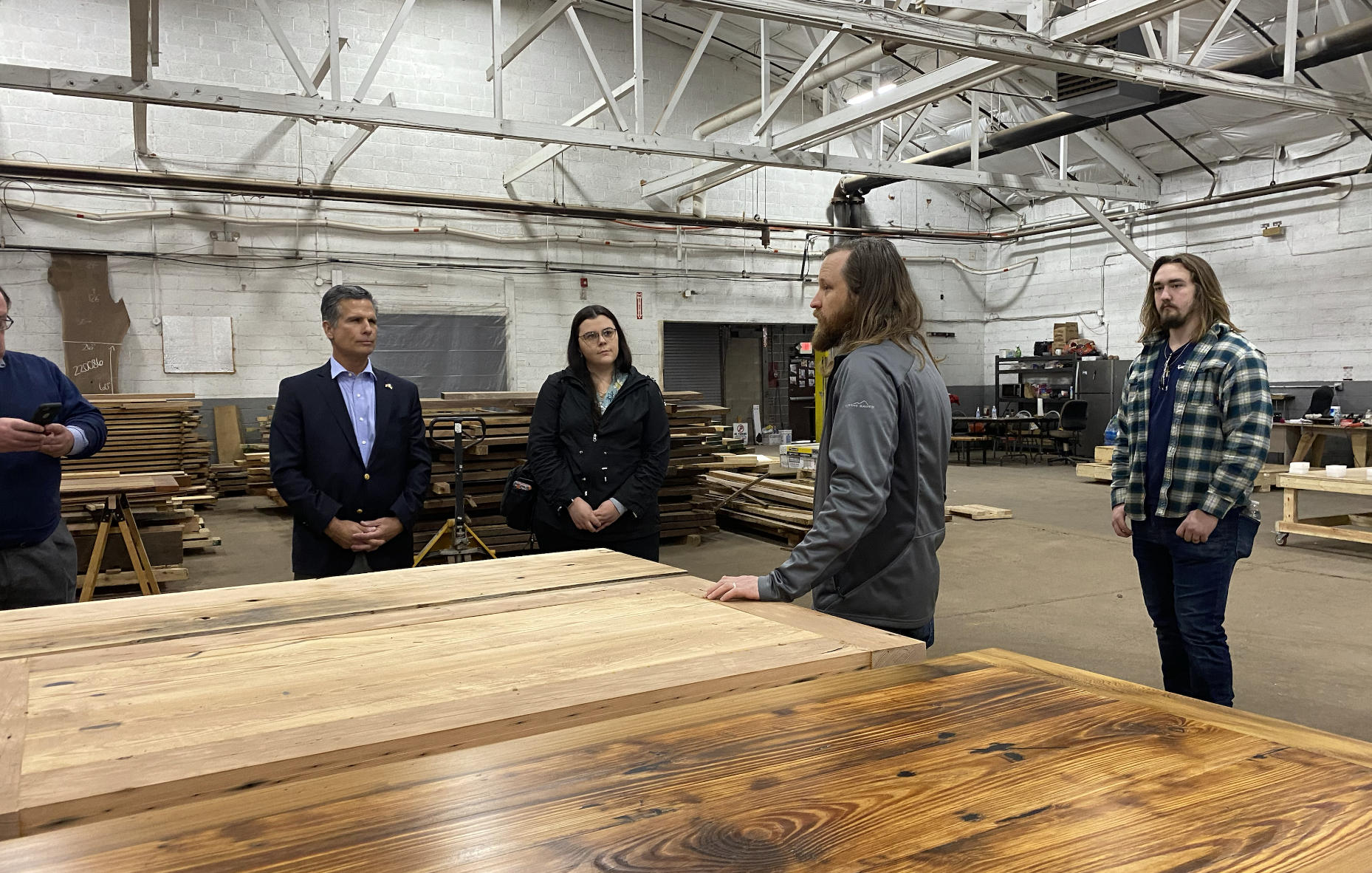 On Saturday, I attended the pro-life prayer breakfast in Williamsport. I will always fight for life and to protect the rights of the unborn. (Pictured below with Lycoming County Commissioner Scott Metzger, State Rep Joe Hamm, Donna Ulsamer-Thomas, Dilonna Coran, and State Rep David Rowe.) 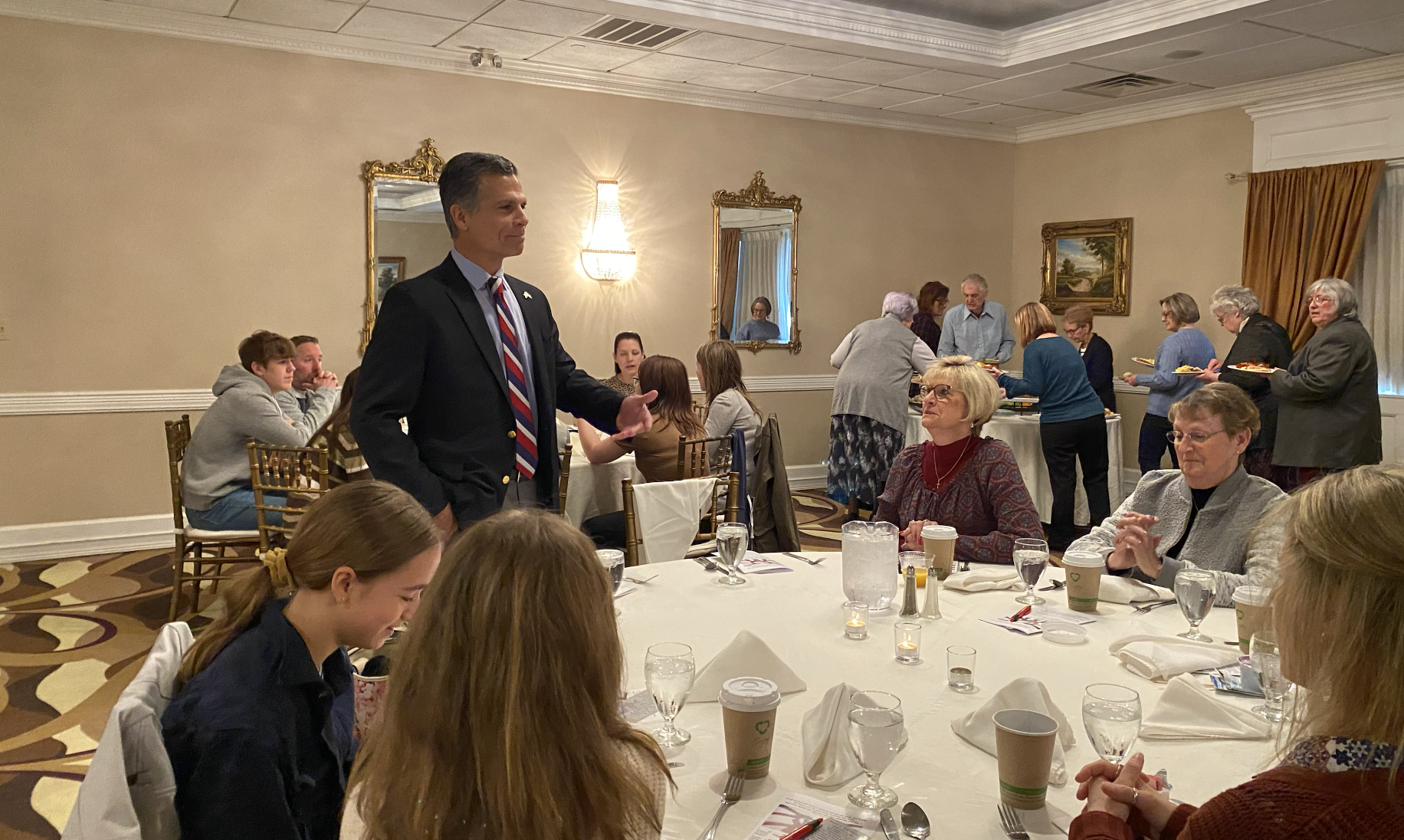 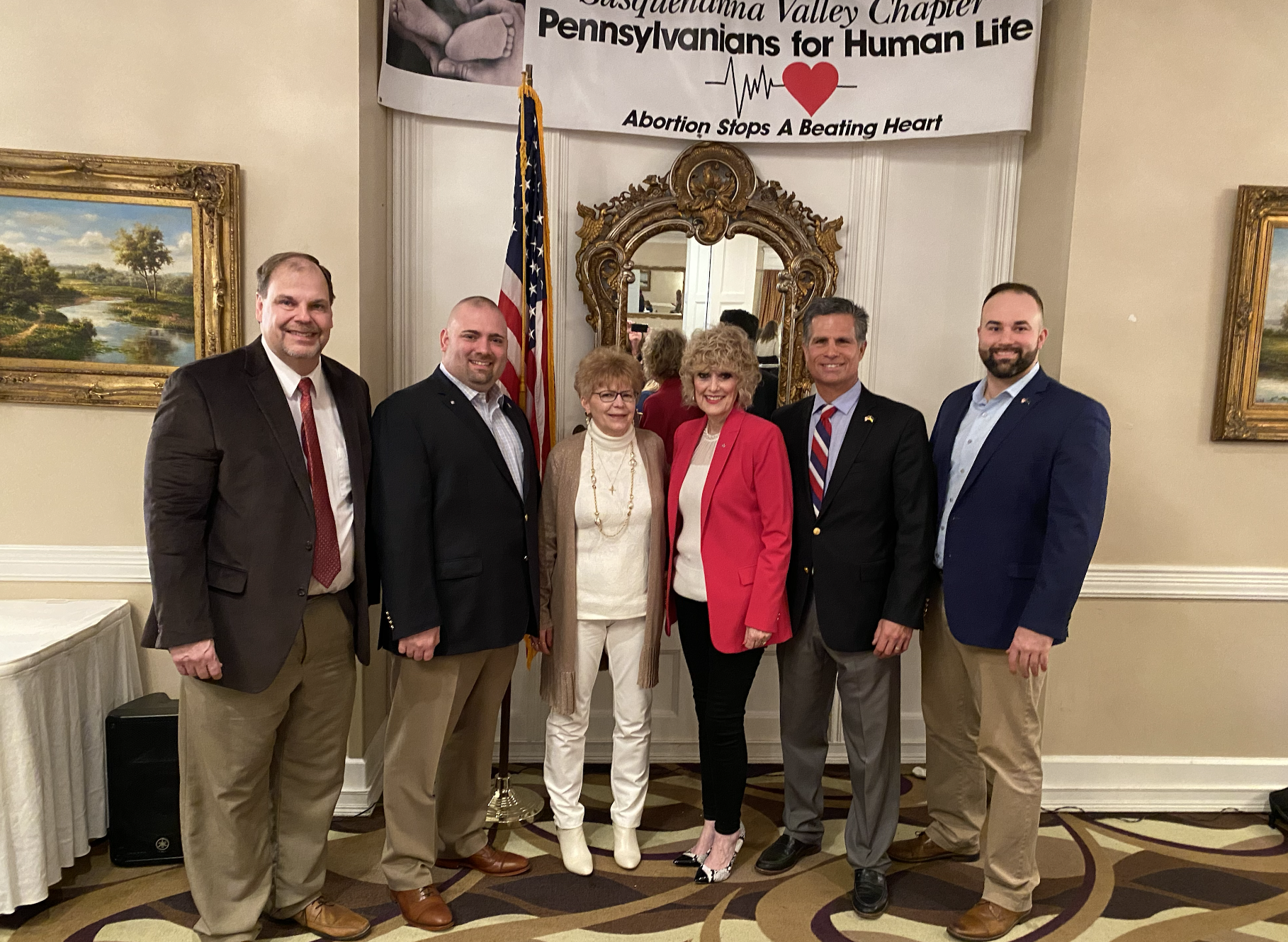 Later, I met with developers Nathan White and Rick Mahonski, who are overseeing a new project in Williamsport to develop the "gateway to the city" shopping center. (Pictured below) 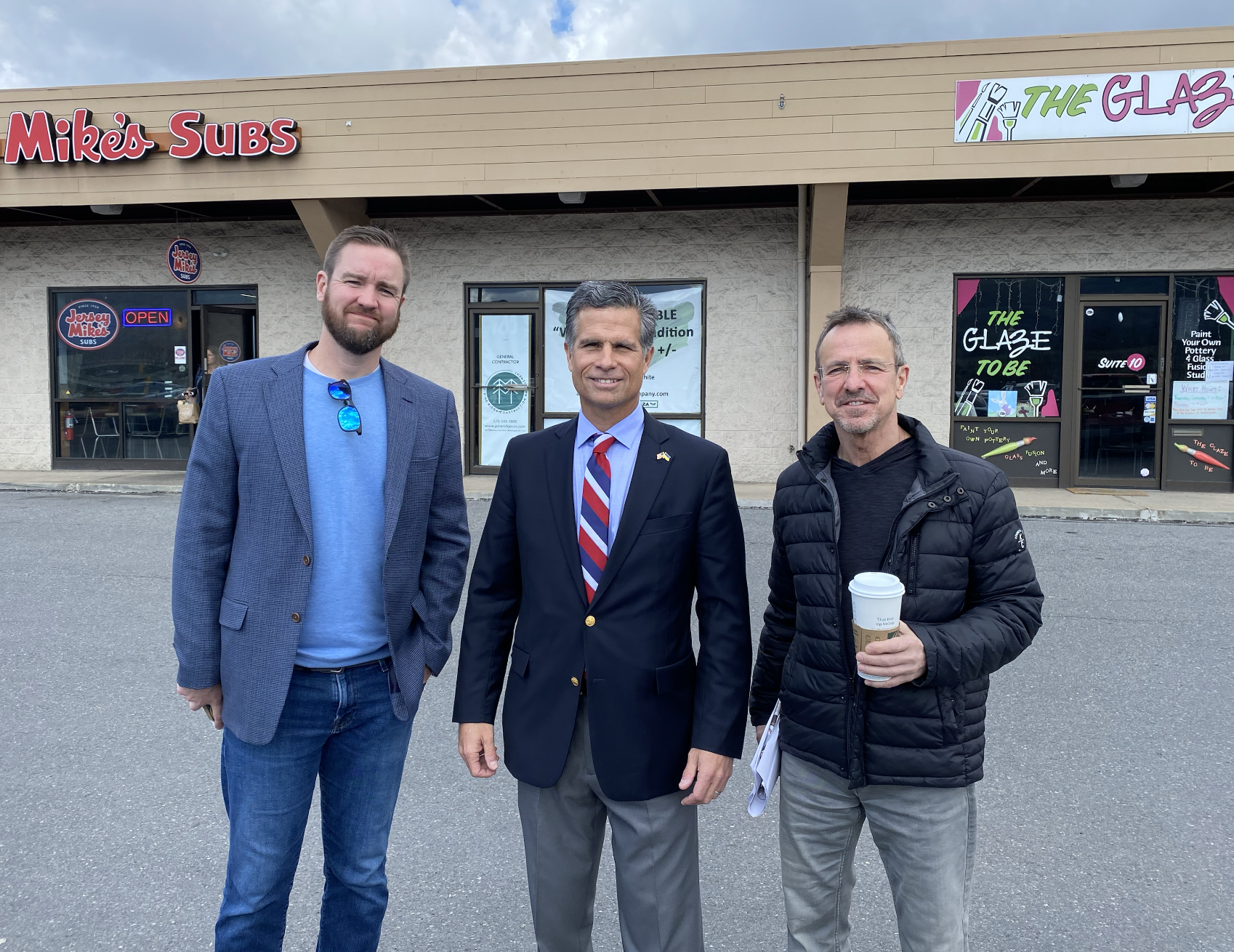 Later, I visited the Brickyard Bar in downtown Williamsport with owner Tony Ecker who owns multiple restaurants and real estate in the area. 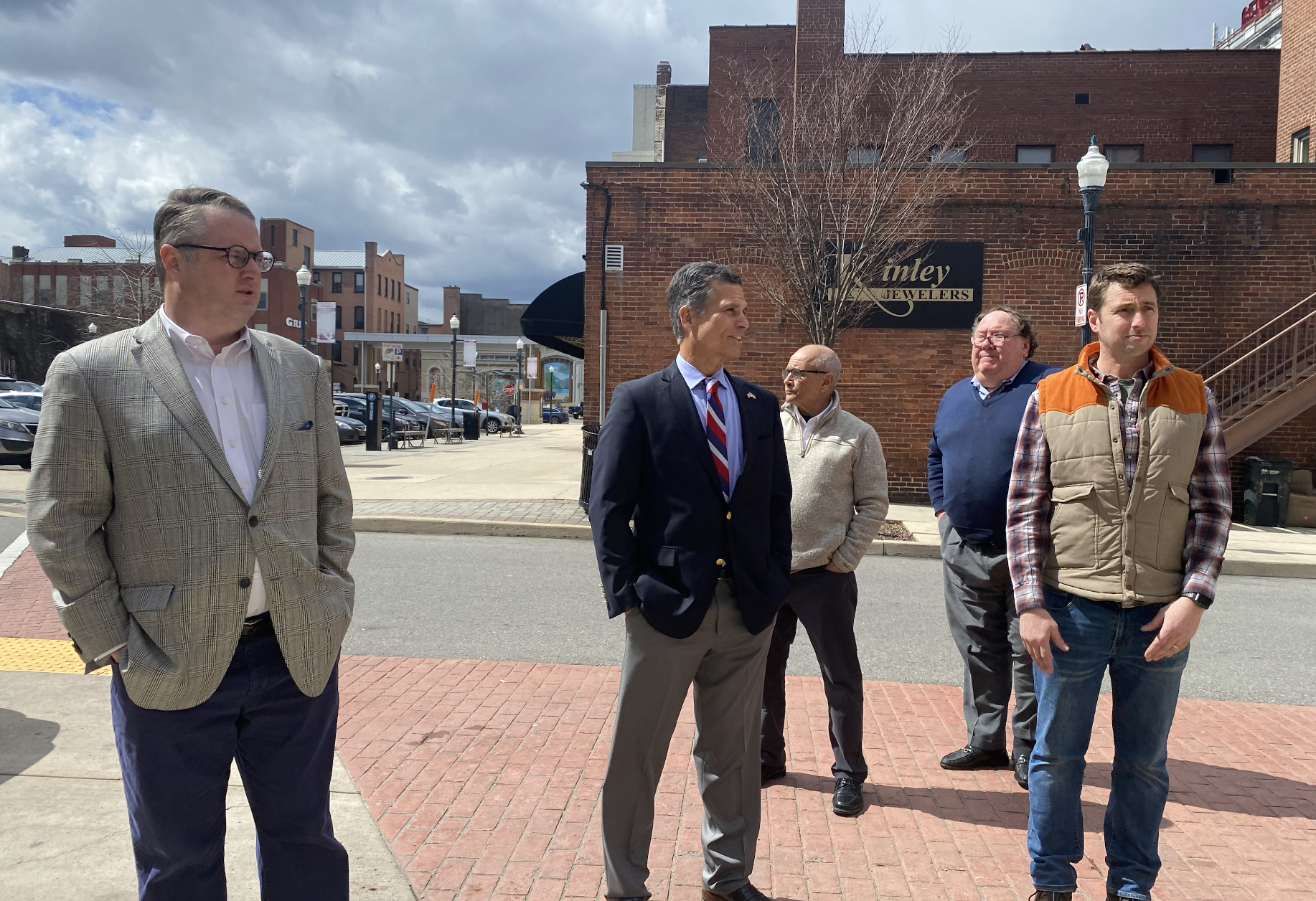 I also stopped by the New Trail Brewing Company with co-owner Tony Ecker. New Trail is one of the largest microbreweries in Pennsylvania. Additionally, he brews incredibly great beer... of course, I needed to sample it. (Pictured below) 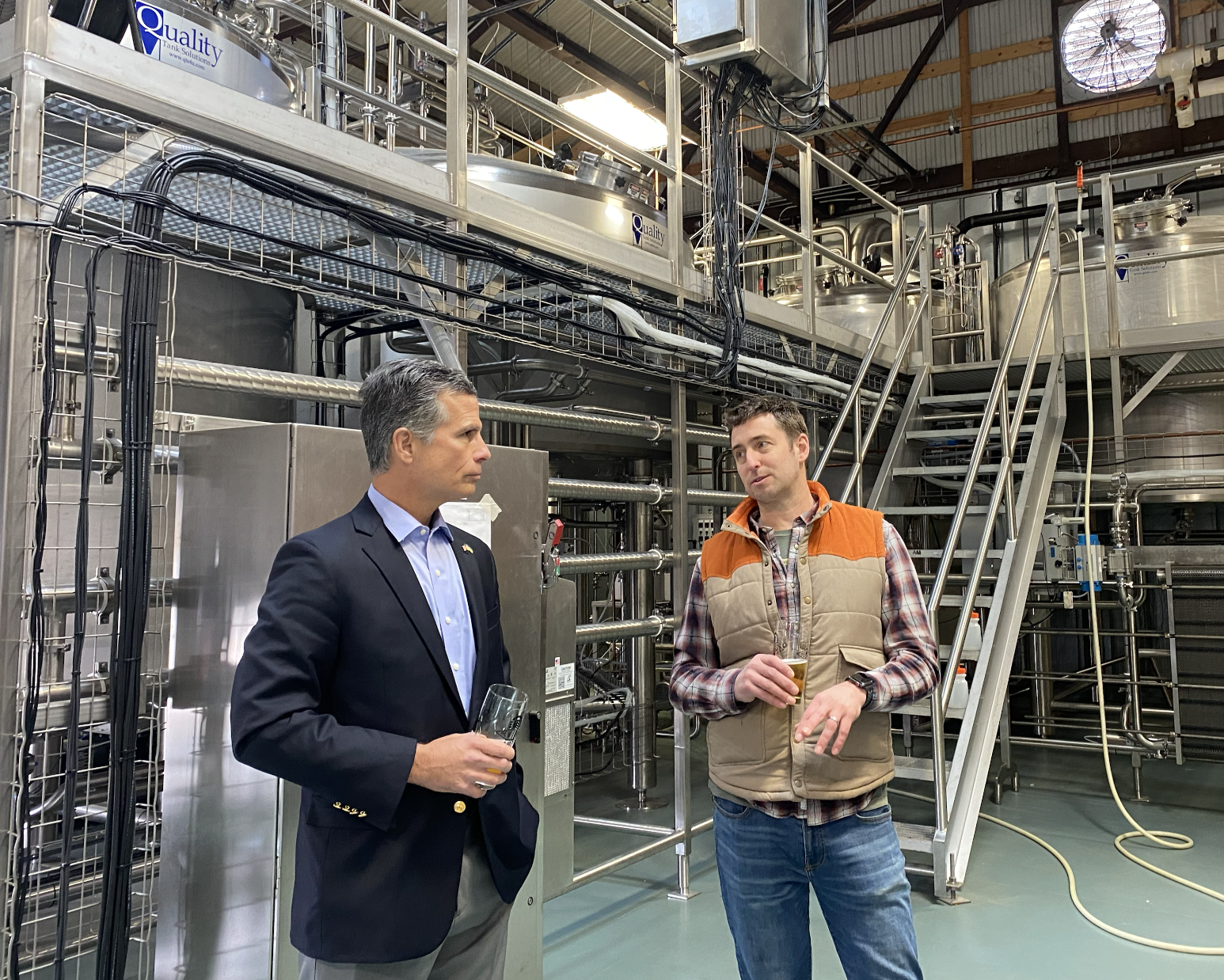 I want to thank my good friend Jason Fitzgerald and his wife Alivia for hosting such an enjoyable event last evening. Food, drink, and company were fabulous and we had a great time. (Pictured below) 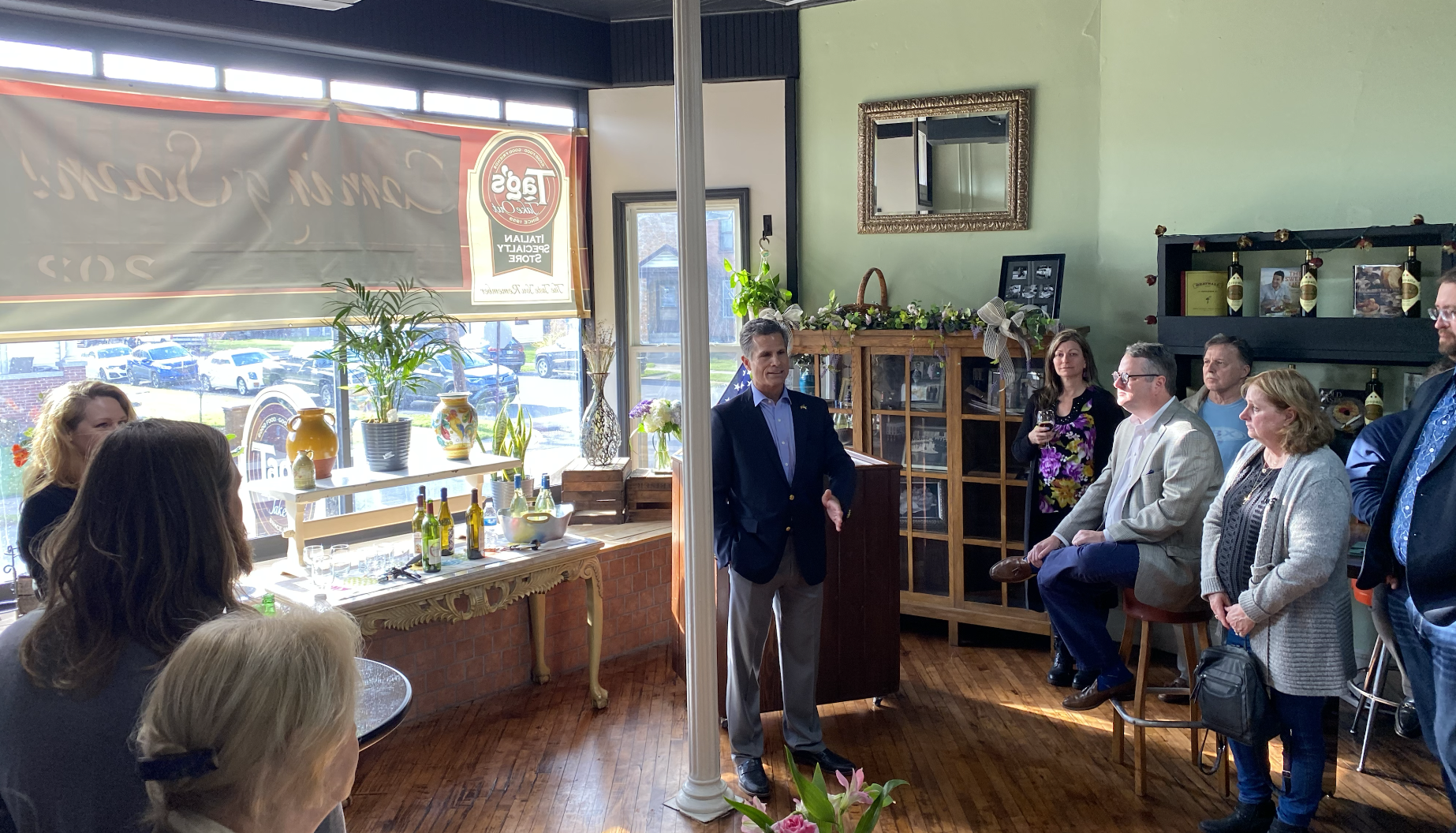 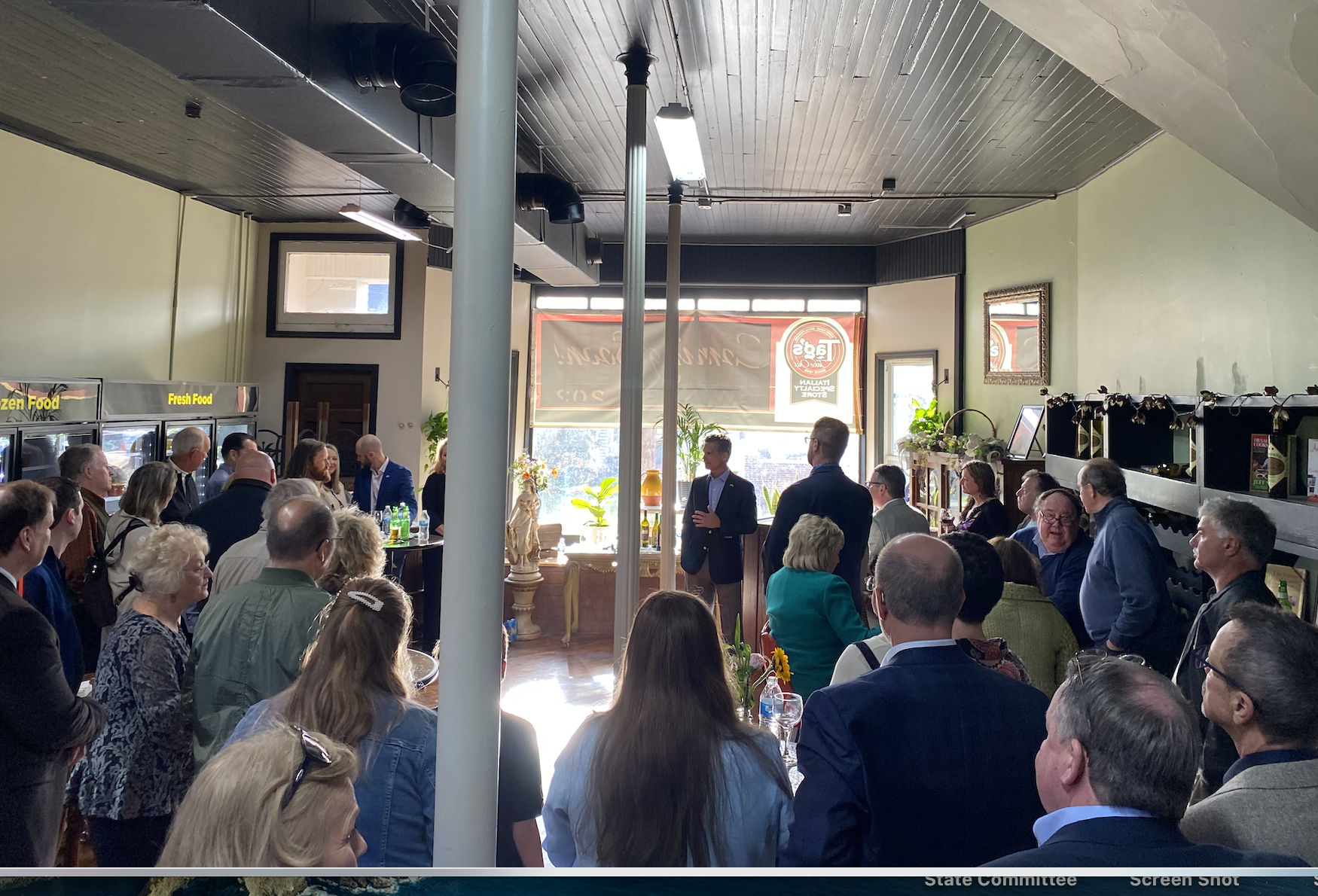 As I have said from the beginning, running a campaign is a "we" effort. My service in Congress is about representing the people of the 9th District and Pennsylvanians. We accomplish that by working together. This November, there is a lot at stake, and we are ready to take our nation back!

Finally, I wish everyone a Happy Palm Sunday, and a wonderful Holy Week leading up to Good Friday, Easter, and Passover…..and I always love when the movie The Ten Commandments is on television.