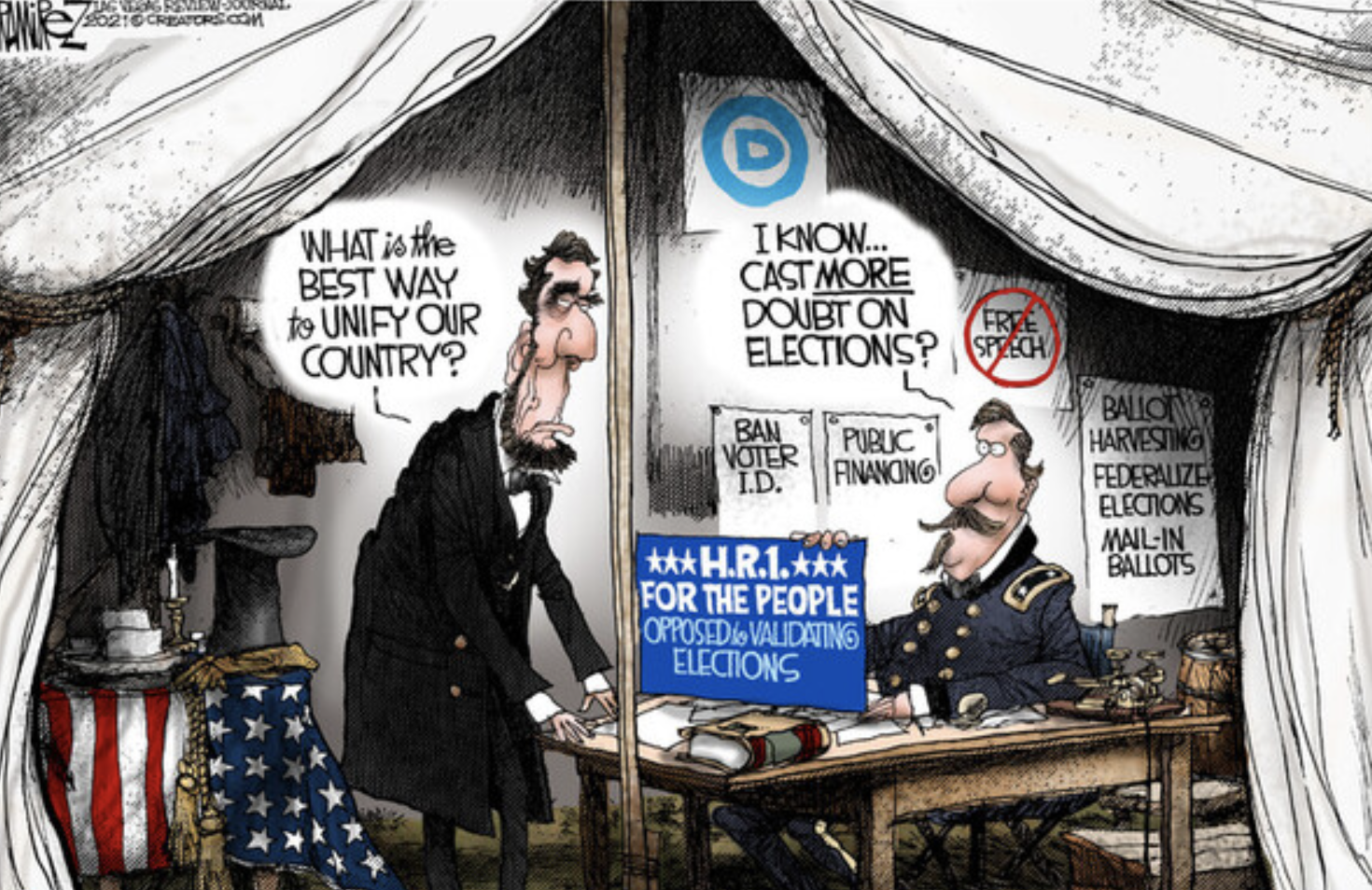 I appeared on Newsmax to discuss H.R. 1 as well as Pennsylvania. Click hereor below to watch my interview. 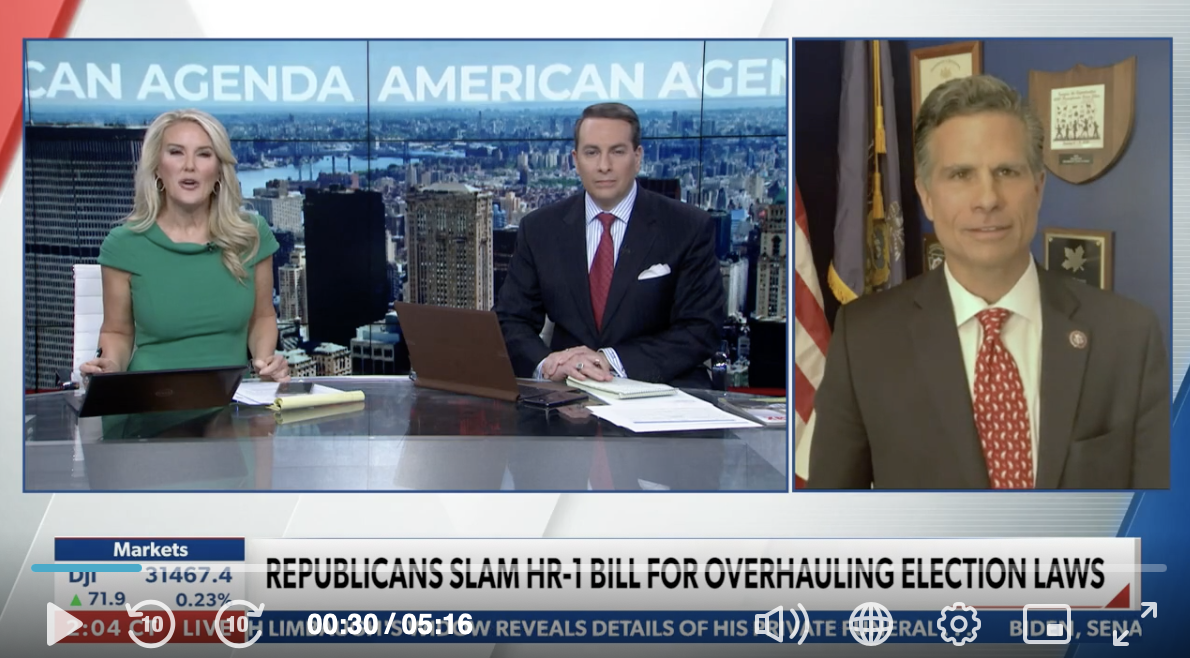 Another issue that Democrats advanced this week was H.R. 7120. Over the past year, I have spoken with law enforcement as well as community leaders around our District on how to improve training, transparency, accountability, and communication. In the House, I co-sponsored Senator Tim Scott’s JUSTICE Act to enact commonsense reforms at the federal level. Not only did Democrat Leadership reject the JUSTICE Act, but they also failed to even consider debate.

Instead, Democrats voted late last night to impose millions of dollars in new regulations on police departments without providing any funding for them to comply. This legislation would also eliminate qualified immunity as a defense to police officers and ban “no-knock” warrants in drug cases, putting our men and women in blue in danger.

Once again, Democrats are more concerned with appeasing their far-left base than working towards a solution that is in the best interest of all Americans.

IN NEWS YOU WON'T HEAR IN THE MAINSTREAM MEDIA: Yesterday, Senate Democrats pushed through the latest Covid-19 relief package. While the Democrats and the mainstream media would have you believe the economy is in shambles and desperately needs this nearly $2 trillion package, the numbers don't support that.

This bill is not targeted. It is not focused on recovery. This bill has nothing to do with bolstering the economy. The funding is being delivered with very little guidance on how it is spent. It is filled with liberal policies and is a major bailout to failing governments. This provides no incentives for failing state and local governments to take any actions to fix their ongoing structural economic issues.. like for example cutting spending or reforming government.

There is no reason this bill could not have been bipartisan as the other CARES Acts were. But Democrat leadership and President Joe Biden saw this as an opportunity and took it. The other side of the aisle wasn't willing to negotiate at all. I ISSUED AN AMENDMENT TO IMPROVE STATE AND LOCAL FUNDING FOR RURAL BROADBAND AS WELL AS TRANSPORTATION AND INFRASTRUCTURE AND THE AMENDMENT WAS REJECTED.

Those on the other side of the aisle in the House are projecting this as some sort of rescue plan. In a way they are right... they are trying to rescue their political livelihoods and they are mandating that the American people pay for it. This is wrong! That is why this measure did not receive ONE Republican vote. Every small business I speak to, EVERYONE, said they are encountering significant challenges hiring workers and yet this bill has a $300 unemployment supplement extended through September. Our nation is in a recovery and that is what we should be focused on. Bills like this are certainly not what has made American great and with nearly $30 Trillion now in debt has created a great big weight to our future. At most, this bill should have been ONE-THIRD the size that it is.

This week, I conducted a number of additional interviews on topics ranging from the recently passed, nearly $2 trillion stimulus package to President Donald Trump’s CPAC speech. Click here to listen to my interview on WKOK.

Another issue that surprisingly came up this week, was the cancel culture's latest victim... Dr. Seuss. Of all the issues impacting our nation, it is disappointing we are even talking about this. To make matters worse, I am shocked that the Biden Administration chose to remove any mention of Dr. Seuss from his annual Read Across America Day proclamation. Dr. Seuss and his books have been promoted during previous presidential administrations, including Presidents Trump and Obama. I for one will not bend to the cancel culture warriors. I guess the left does not like Green Eggs and Ham... Uncle Sam I Am. Targeting Dr. Seuss in this way exemplifies how random, ridiculous and dangerous such censoring and cancel culture is. 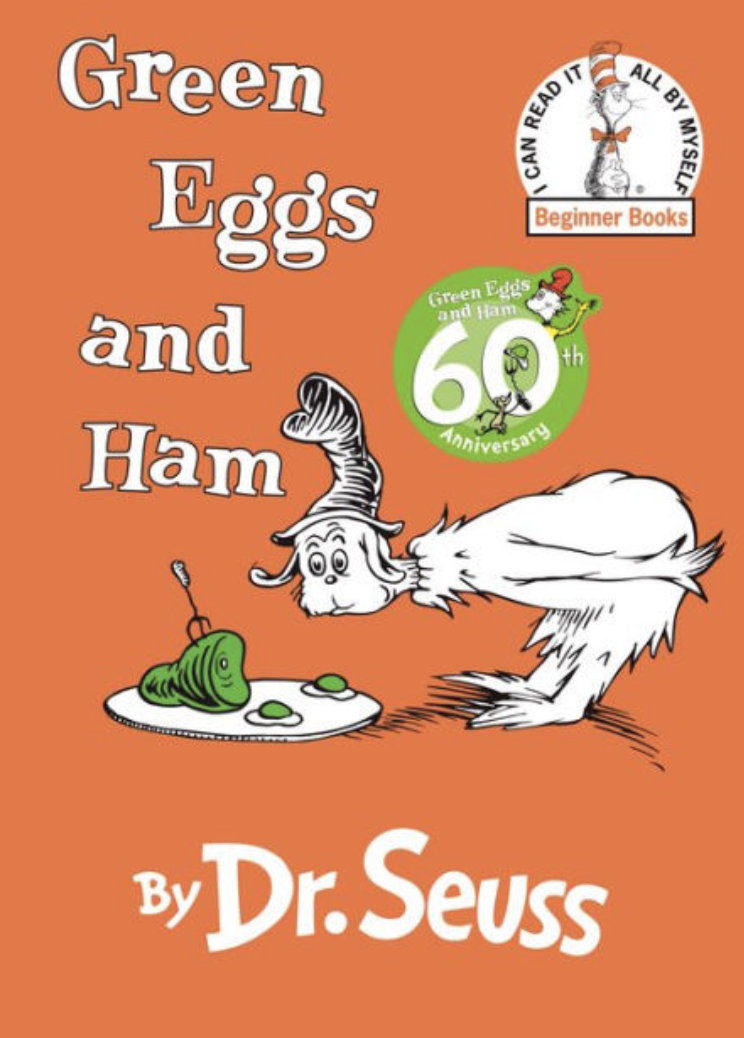 Before the event, Republican conferees from the 48th Senatorial District met and nominated Chris Gebhard to represent our Party in the upcoming special election to fill the seat held by the late Senator Dave Arnold. While he has has big shoes to fill, I know Chris will do a great job. I look forward to supporting his candidacy. I am pictured below with Chris and his family. 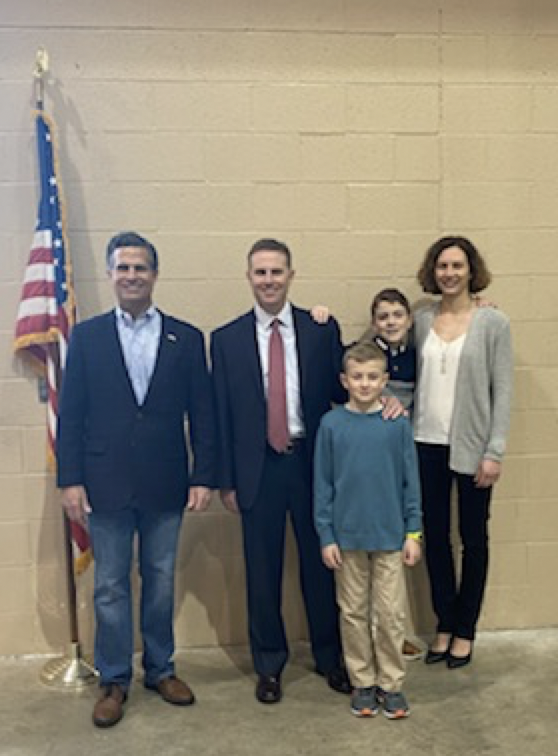 I also got an opportunity to address the conferees and spoke about the many reasons our Commonwealth needs a new direction. I will be addressing how I think I can help lead that new direction in the future. Pictured below speaking beside PAGOP Chair Lawrence Tabas and Dauphin County District Fran Chardo. 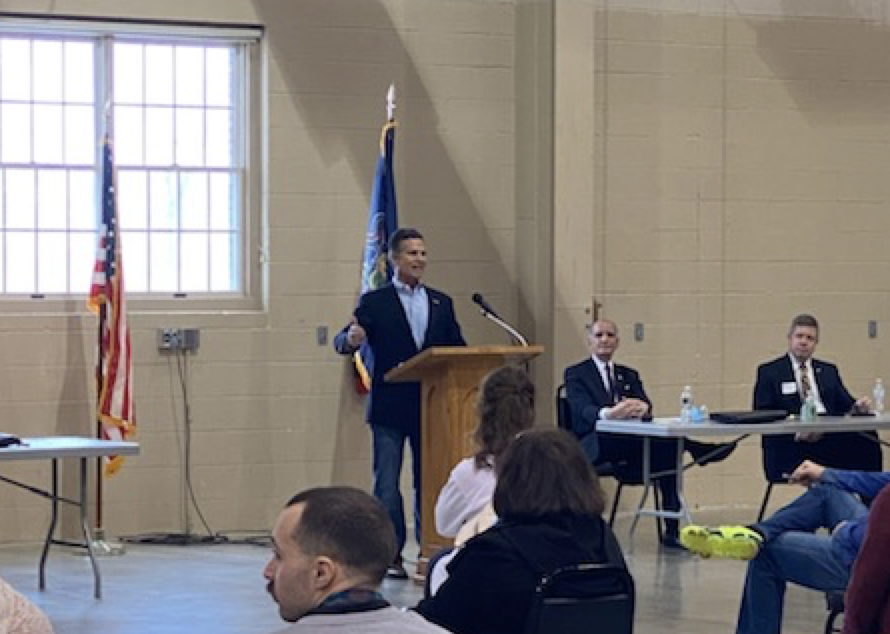 I got to meet some great patriots... including a young one that I was able to give my American flag pin. 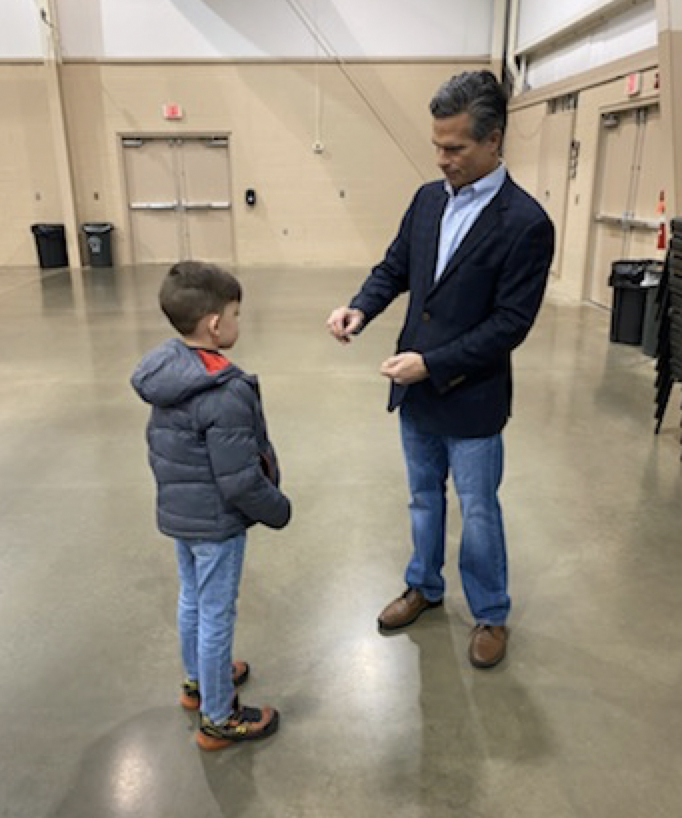