Greetings, welcome to our Week-End Update.

No matter how Socialist Democrats and the talking heads attempt to spin it… and they are desperately trying… after two years of an incredibly in-depth investigation, the President has been vindicated – No Russia collusion.

I addressed this issue on the floor of the United States House this week, click here to watch. 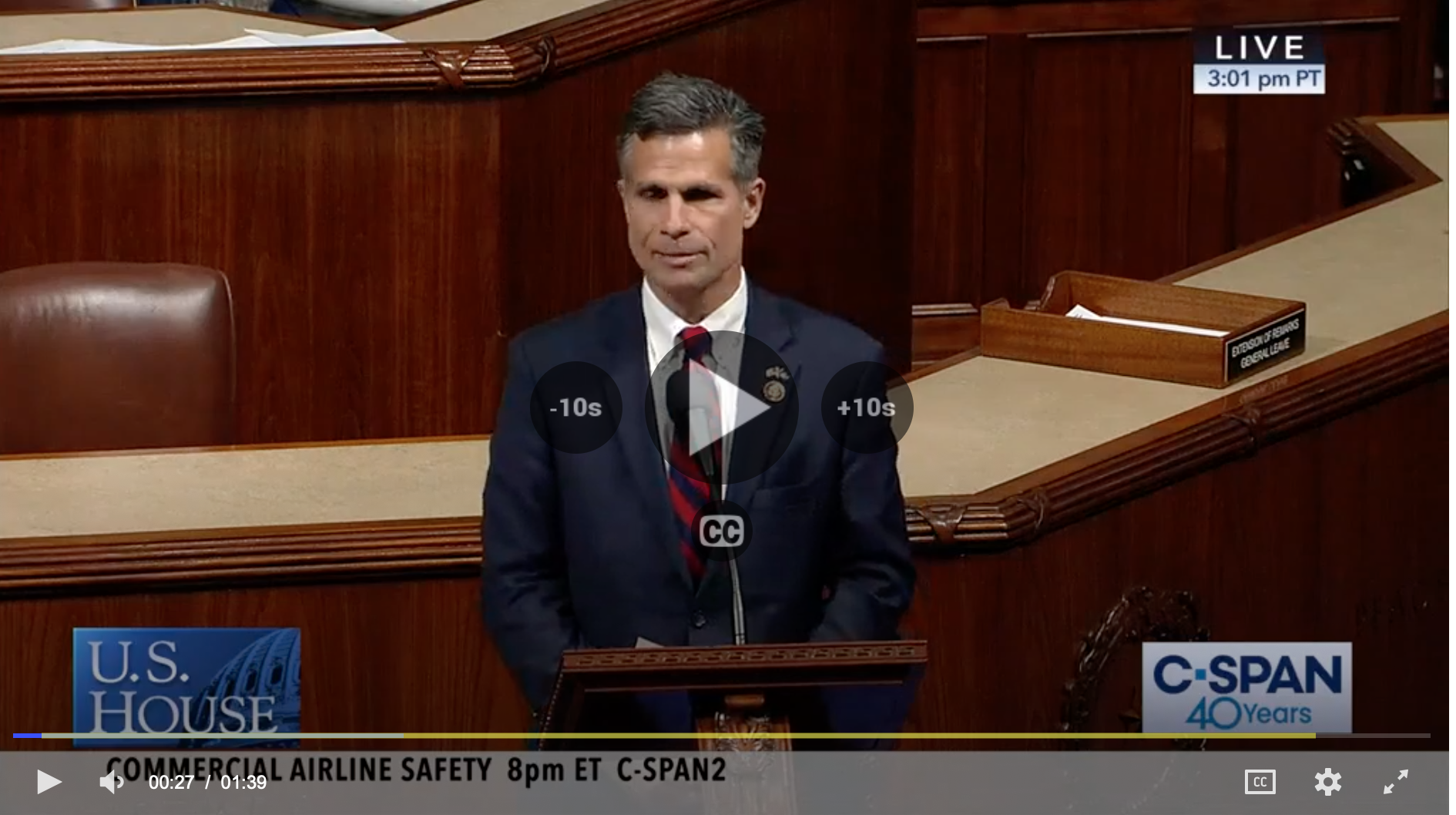 Last weekend, I was very honored to make a stop in Palmerton, Carbon County to take part in a Special Olympics Gold Medal Celebration. I was pleased to recognize two great athletes on their achievement, Matt Anthony and Delina Rodrigues. They have made the entire 9th Congressional District proud. On a related note, I applaud President Trump for announcing that he will continue to fund the Special Olympics. It is an important and worthwhile program. 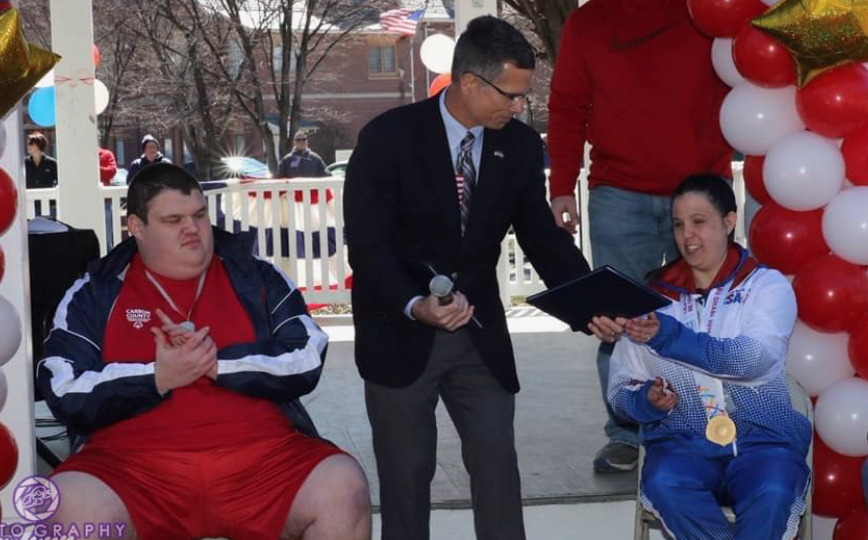 On Monday night, I attended the Policy Leadership Reception for AIPAC, America's Pro-Israel Lobby. It was great to speak with so many Pennsylvanians who are dedicated to strengthening, protecting and promoting our nation's important relationship with Israel. With some Socialist Democrats embracing antisemitic comments, it is more important than ever to show the American public that we have no closer ally than Israel.

Tuesday, as a member of the House Budget Committee, I attended a GOP hearing on the President’s budget with relation to addressing health care costs and fighting the opioid epidemic.

The President and I share the same goals, including: 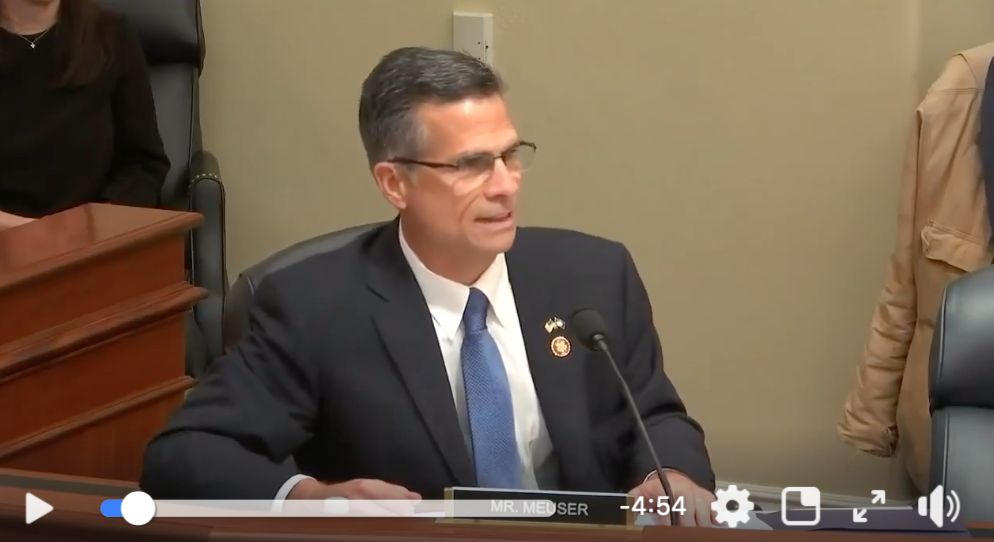 On Wednesday, I again attended a Hearing as a member of the House Budget Committee regarding President’s U.S. Department of Defense budget. I detailed the need to fully fund our cyber security infrastructure and the new Space Force. I was able to discuss the President’s budget requests with David Norquist, U.S. Department of Defense Under Security of Defense and Chief Financial Officer. Click here to watch my remarks. 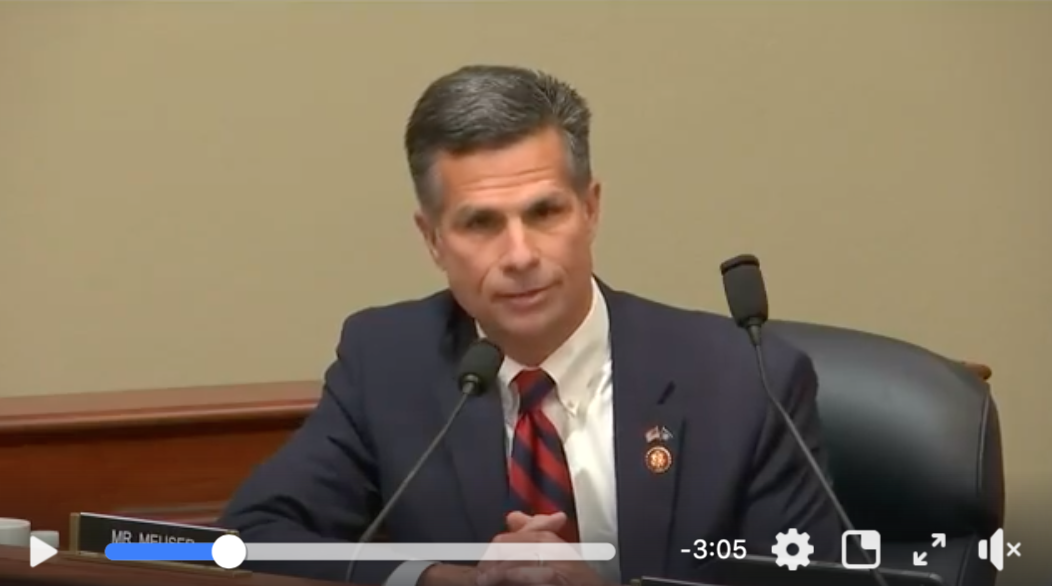 Later Wednesday, I joined Congressman Steve Scalise and other members of the House Energy Action Team (HEAT) to discuss our plans to focus on a responsible, realistic, pro-growth, all-of-the above and all-of-the-below strategy to meeting our country's energy needs while also lowering costs. To read more about the HEAT plan and view my comments, click here. 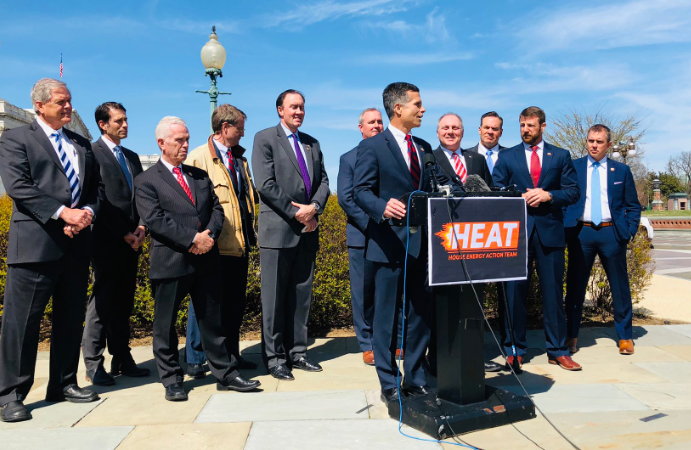 Yesterday, I was pleased to speak with representatives from the 9th Congressional District to discuss community health centers, rural health clinics, and the need to expand and improve access to top quality medical care for PA families in every part of the 9th Congressional District. It was an enlightening discussion and I am excited to continue working towards our shared goals. In addition, I had the opportunity to meet with constituent representatives of the Pennsylvania Restaurant and Lodging Association. We had a productive conversation about the ways we can build upon the recent economic rally and advance pro-growth policies to help local businesses create more jobs and invest in our communities.

With the 9th Congressional District's close proximity to Washington, D.C., it is nice that so many companies and constituents are able to make the trip to visit with us. We have a great District, made up of exemplary people and I love the opportunity to host them in Washington.

Today, I attended a groundbreaking of the Bloomsburg Flood Mitigation Expansion Project. They are constructing a massive flood wall, which will be a great tool to help mitigate flooding in our area. I congratulated and credited State Senator John Gordner, Rep. David Millard, Congressman Lou Barletta and U.S. Senator Pat Toomey for the work they did to ensure this project came to fruition. (I am pictured below with State Senator John Gordner) 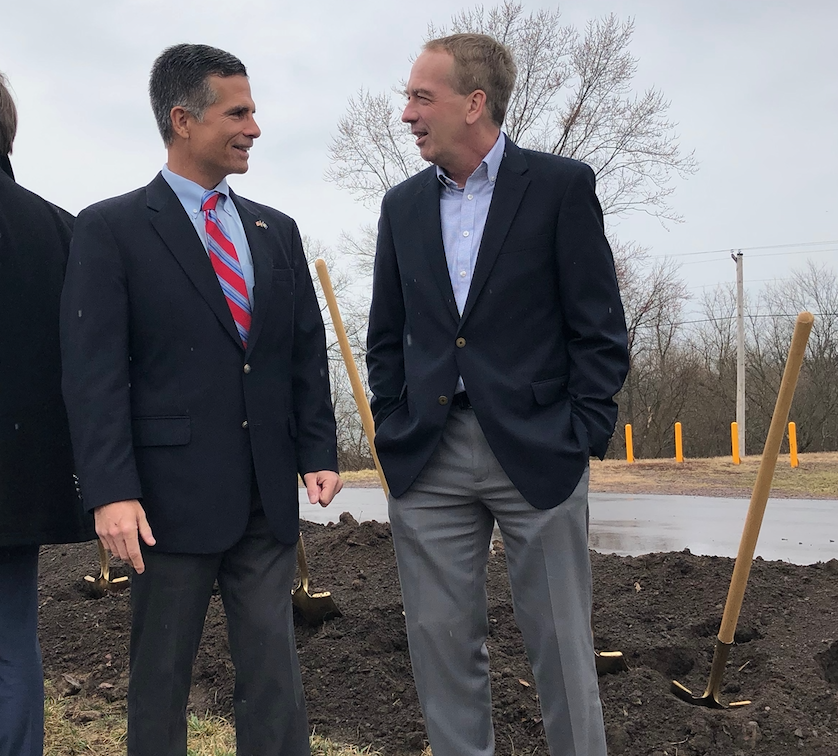 Later, I met with members of the Fleetwood Volunteer Fire Company where we had a great discussion. It was a timely visit, as this past week I joined the Fire Services Caucus in the U.S. Congress. These brave men and women put their lives on the line day-in and day-out to heroically keep us safe. I will always stand up for the needs of these great volunteers and citizens. (See picture below.) 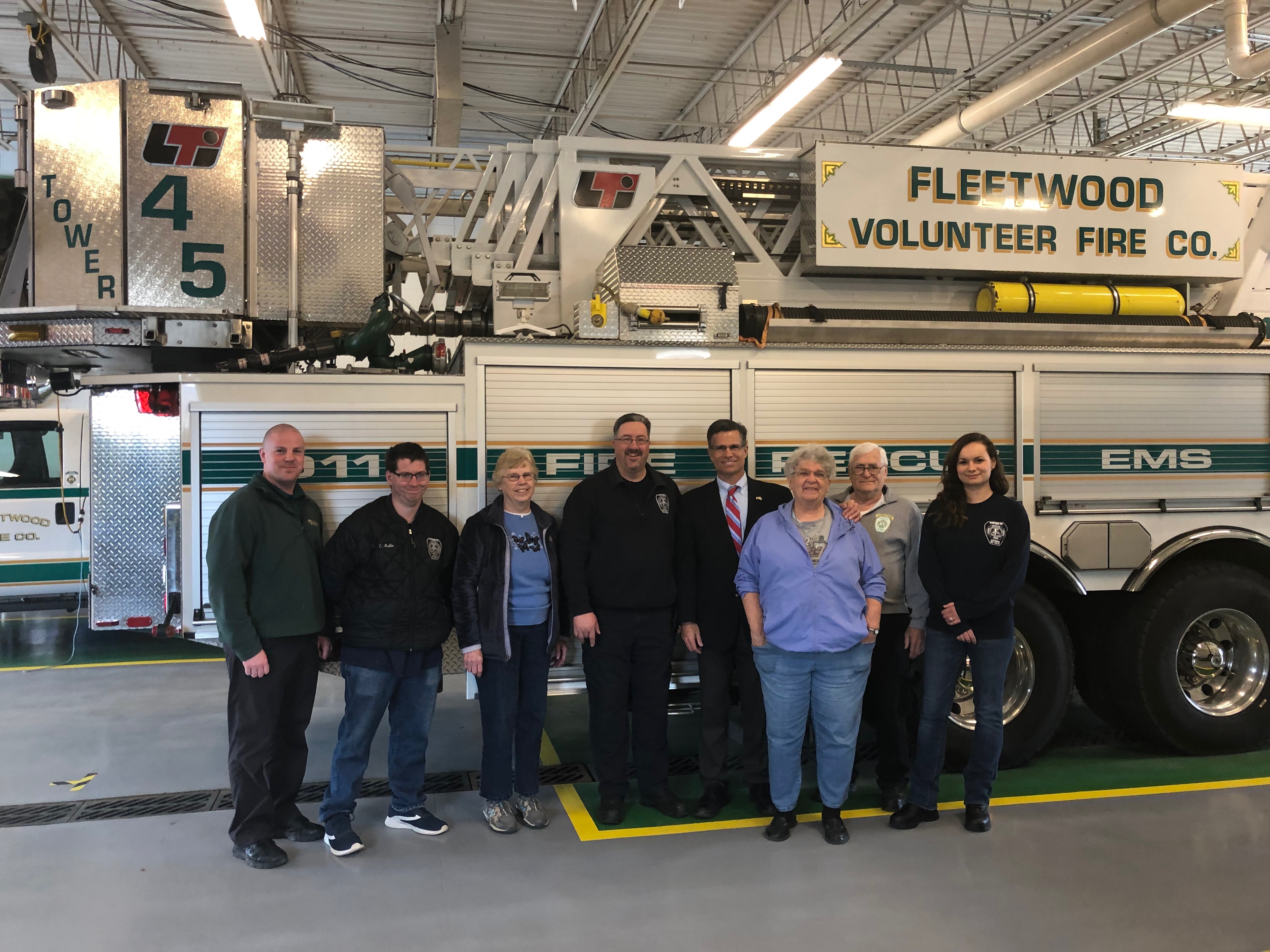 Today is National Vietnam War Veterans Day. We pause to honor and remember those who fought and died serving our country during the Vietnam War. I want to thank all those who served for their sacrifice. We are forever indebted to them and I hope you join me in paying them the respect they deserve, yet sadly didn’t receive when they returned home decades ago. In honor of National Vietnam Vietnam War Veterans Day, I attended a ceremony to honor Vietnam Veterans with U.S. Senator Pat Toomey. (See picture below.) 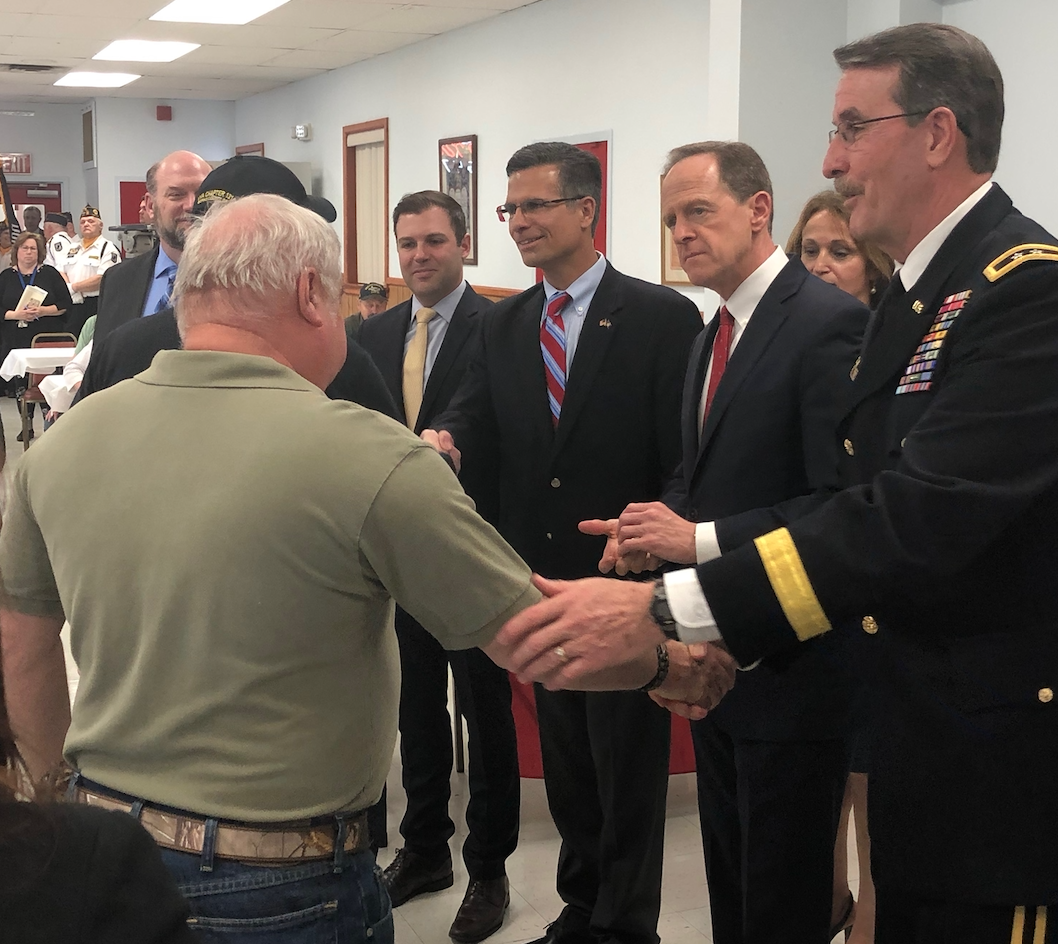 When given the opportunity to vote for the "gan-Green New Deal," Democratic Presidential candidates courageously voted "present."

As a reminder, the “gan-Green New Deal” will:

As a weekly update, our work on the stormwater issue is continuing. We are continuing to make the case that these fees are unjustified and should be rescinded. As a result, my team and I remain engaged with federal, state, and local stakeholders to determine the data and justification for the mandate and fees, while working to identify alternative, available sources of funding so that taxpayers do not have to shoulder the financial burden. I hope to have more news to release soon.