First, I want to express my deep appreciation for your support in helping our campaign secure our position on the ballot in the 9th Congressional District. We are the only Republican candidate on the ballot. I don’t take this level of support lightly, nor the responsibility you have placed in me. We are committed to implementing an America First/Pennsylvania First agenda that puts the concerns and needs of the working families residing in our district at the forefront.

While much of the attention is focused on the news of the day in Washington, and rightfully so, we are working just as hard for you at home. We recently announced funding for several critical projects across the District, including funding for critical infrastructure and projects for educational institutions to help expand important programs that are preparing individuals for family-sustaining careers. Click here to read more.

Again, much of the discussion in Washington is about Russia’s invasion of Ukraine, and all our thoughts and prayers are with the people of Ukraine. Ukraine is fighting for its freedom against a tyrannical dictator committing atrocious acts, often targetting innocent civilians, including women and children.

This week, President Volodymyr Zelenskyy addressed members of Congress. His words and the images he presented demonstrate Ukraine’s resilience in a devastating war against innocent people. 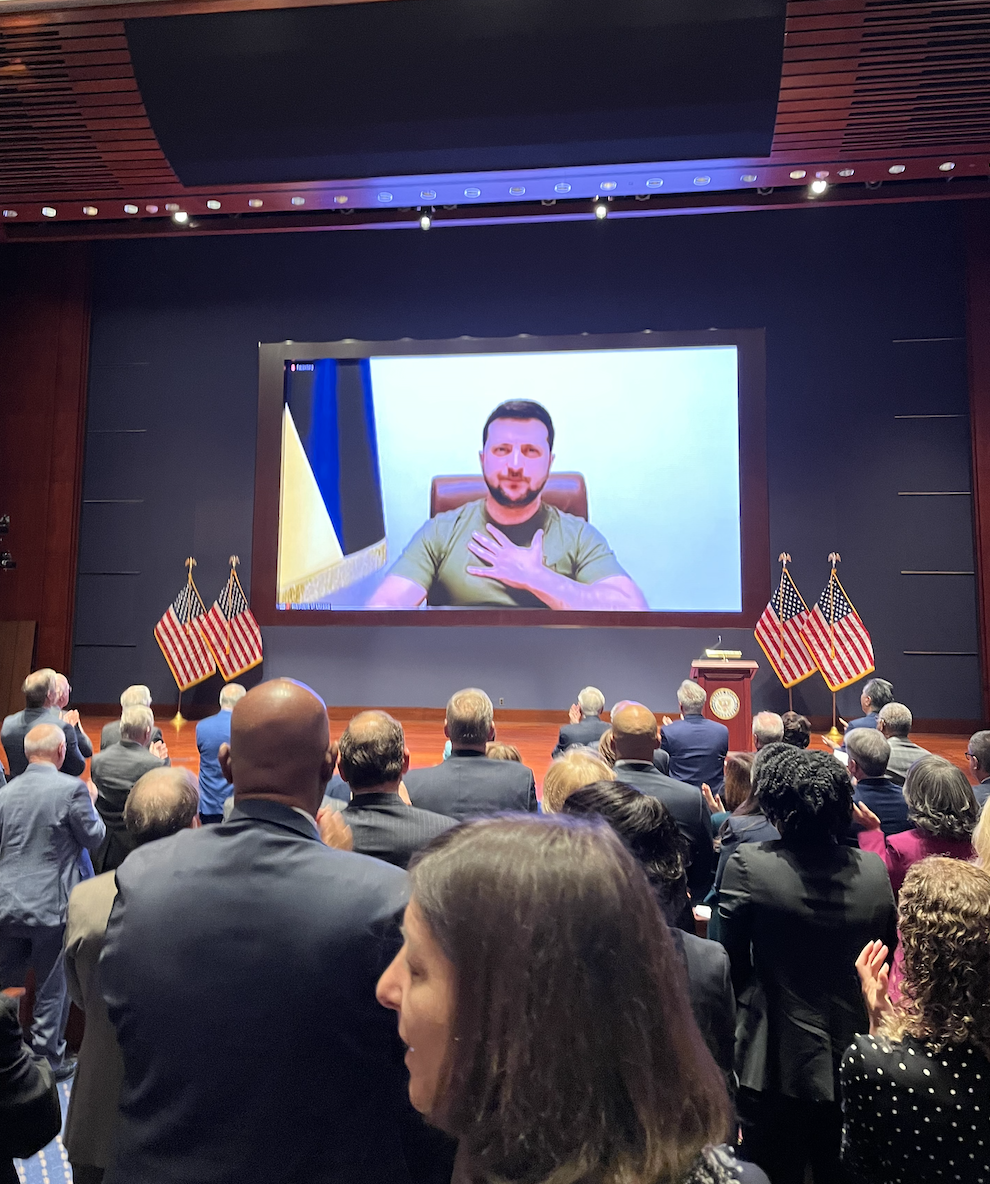 I agree. We must provide every tool to help Ukraine defeat Putin’s invasion. We are at a pivotal moment: there will either be a free Ukraine or a tyrant will defeat a peaceful and sovereign nation.

After the address, I spoke with WHTM-27 ABC after President Zalenskyy’s address. Click here or below to watch. 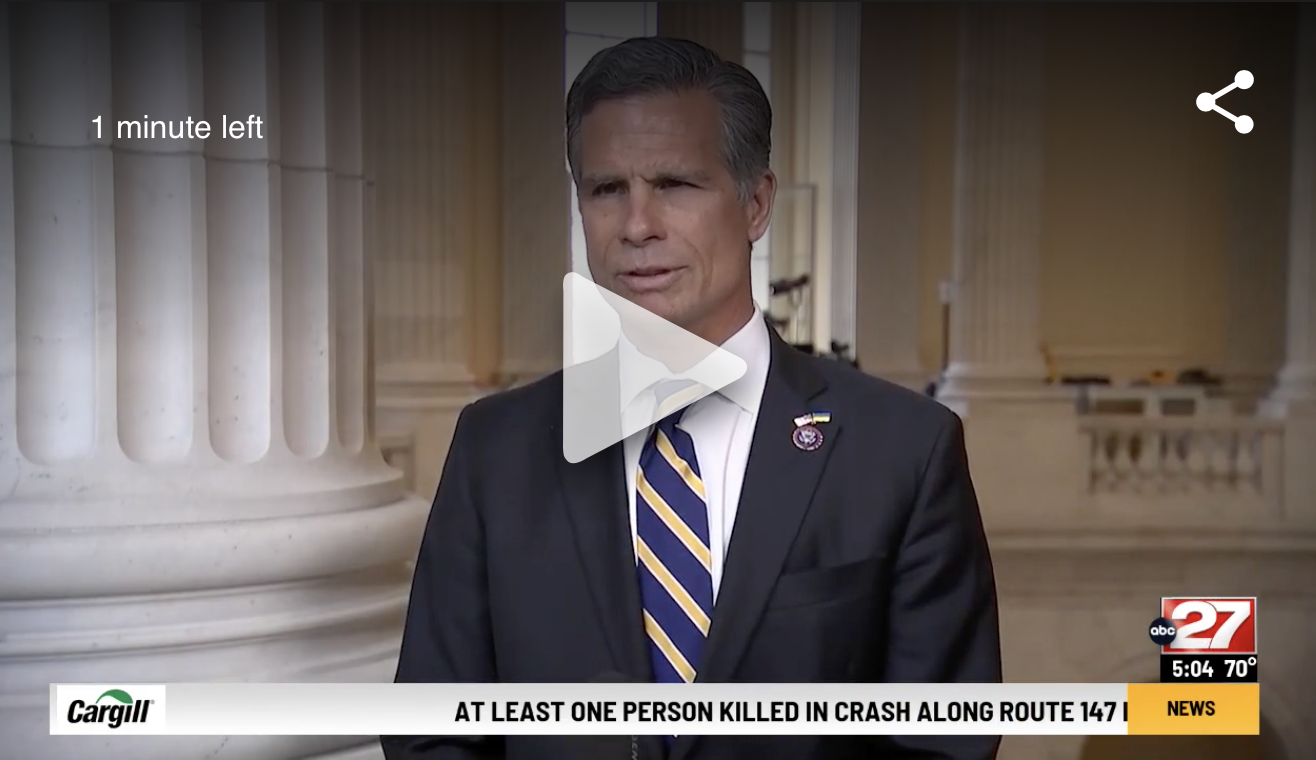 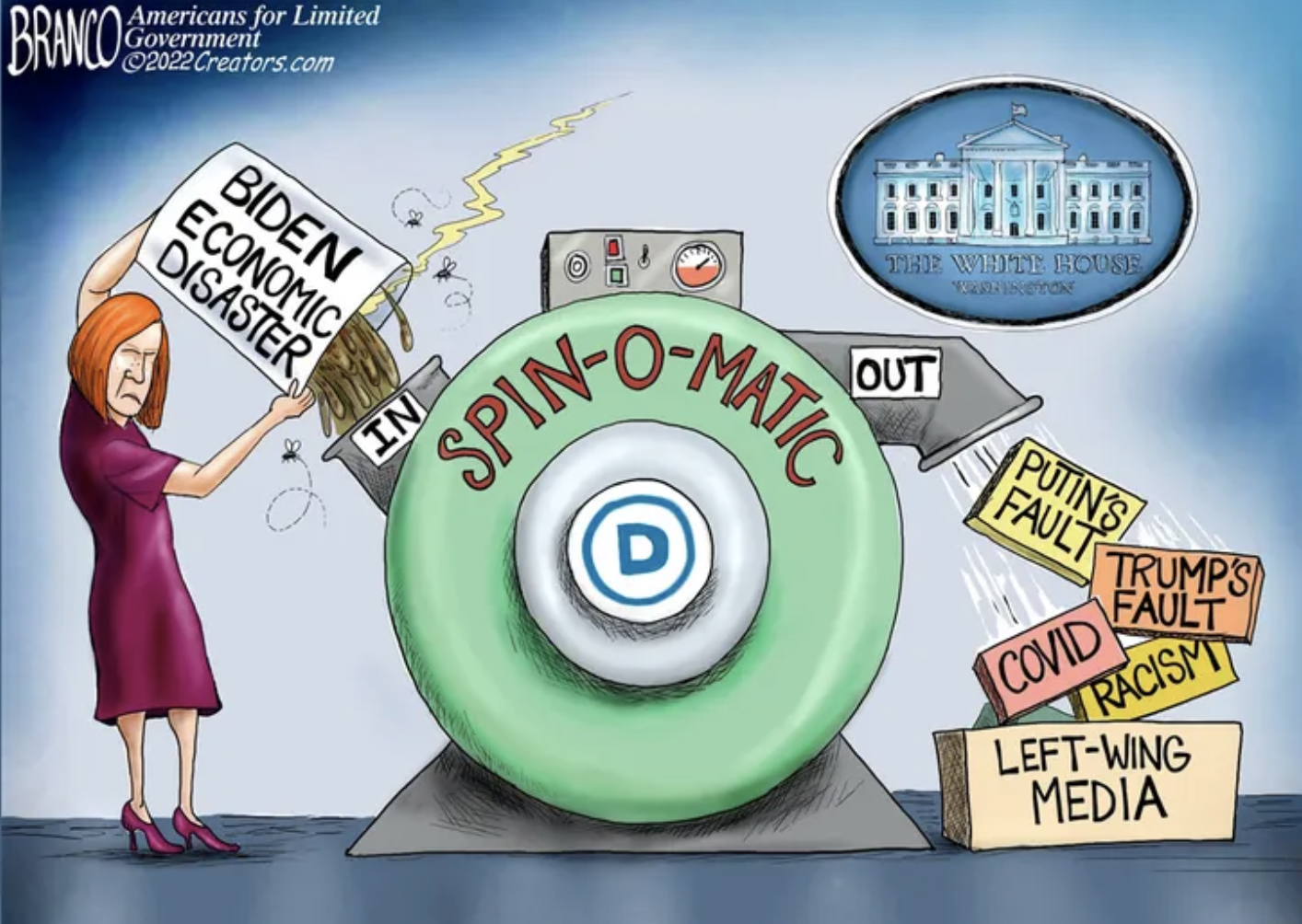 The White House and many Congressional Democrats shut down the Keystone Pipeline, paused leases for energy development, failed to approve even one permit for drilling, proposed new regulations on the energy industry, threatened higher taxes and warned banks not to make investments in our energy development.

Rather than the White House deflecting blame, let’s look for solutions. Let’s restart energy production. We are relying on energy from Iran, Venezuela, Saudi Arabia and, until recently, Russia. Instead, we must look to Central Pennsylvania, West Texas, New Mexico, Louisiana, and other parts of the United States for American energy and produce American jobs. This will relieve the higher prices at the pumps and for heating our home. Energy security is American security.

I joined The Evening Edit on Fox Business to discuss the situation in Russia and House Democrats’ continued efforts to stop domestic energy production and efforts to lower gas prices. Click here or below to watch. 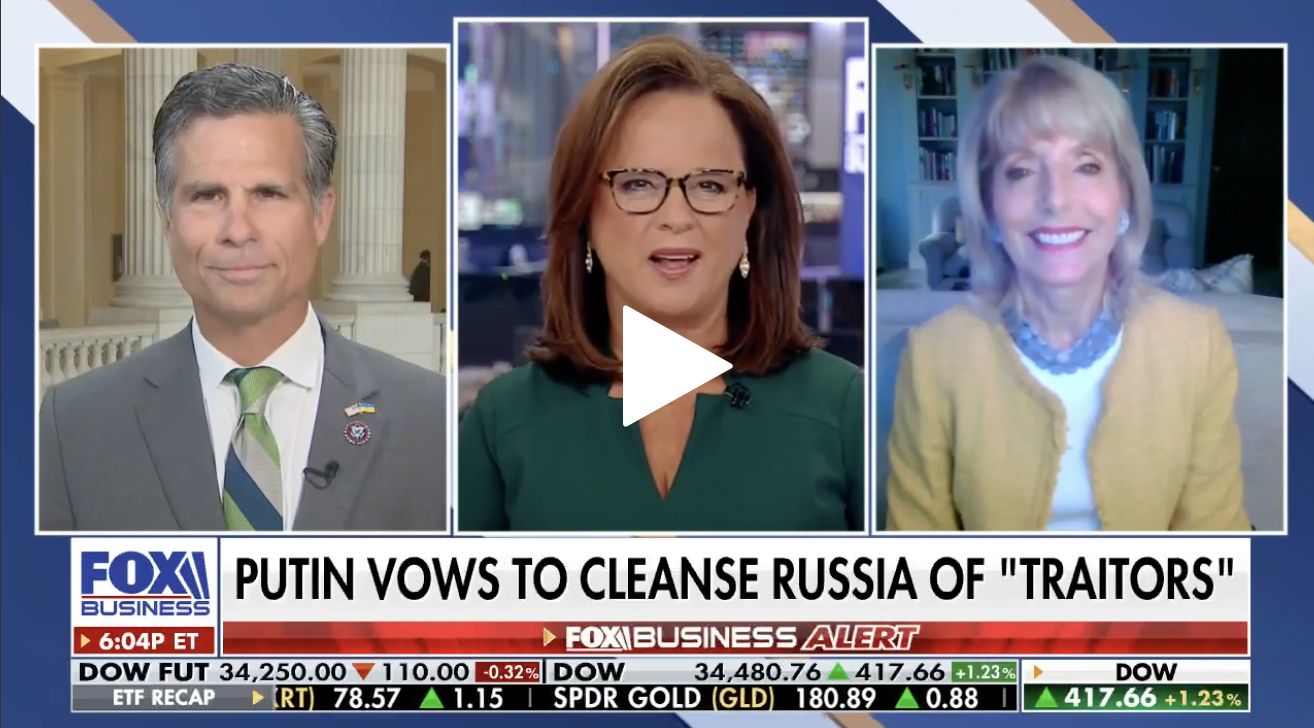 IN NEWS YOU WON’T HEAR IN THE MAINSTREAM MEDIA: The situation at the border continues to spin out of control. This is a direct result of the policy decisions of the Biden administration. 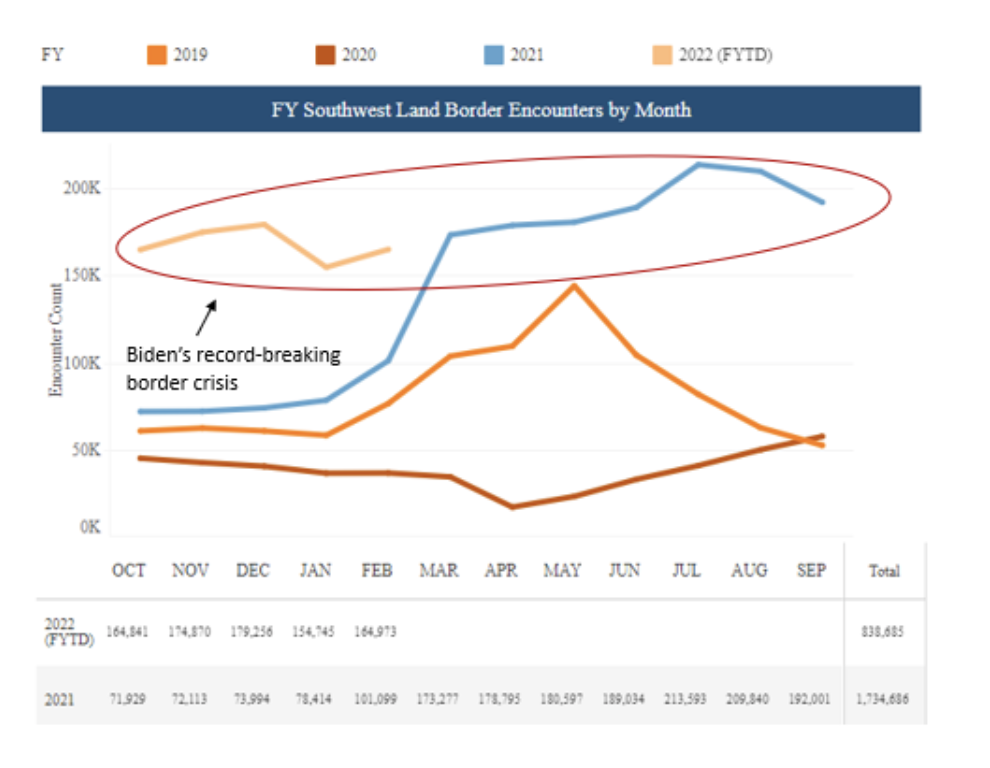 Biden claimed last April they had “gotten control.” That was a lie. Now Harris and Biden won’t even visit the border to see the crisis they created.

Lastly, we lost a great one this week, as it was announced that Congressman Don Young, the Dean of the House, passed. Don served all of Alaska with passion for nearly 50 years. He was a friend and wise mentor. His call for order and expedition on the House floor was legendary will often be imitated but never duplicated. 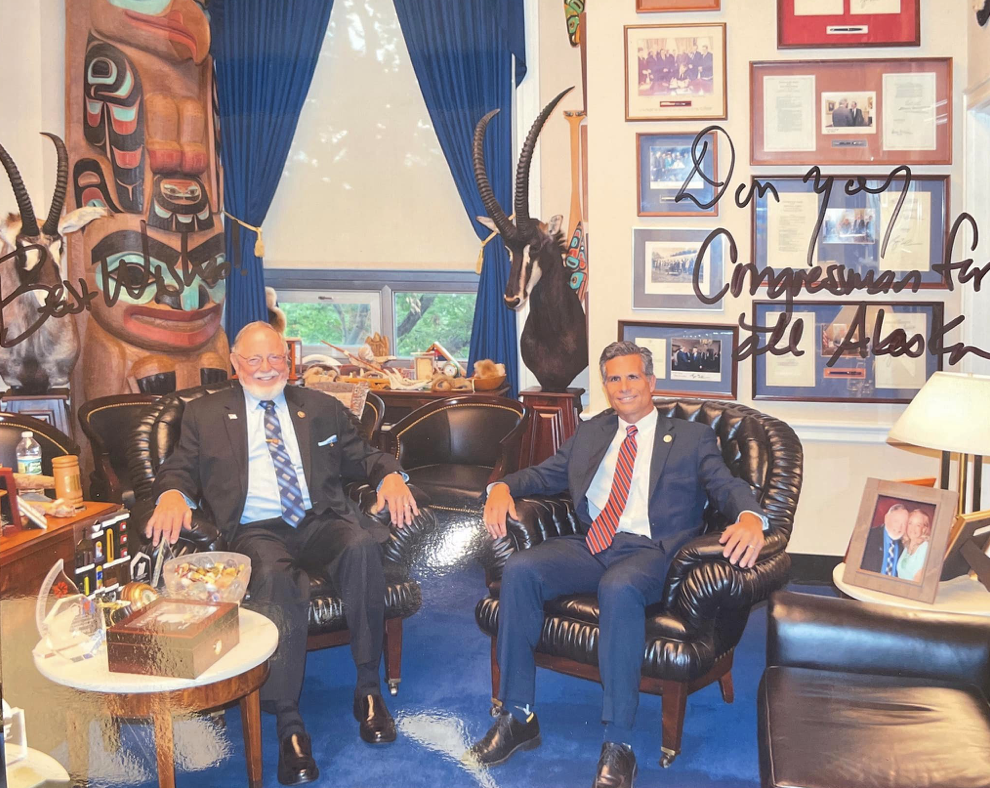 He cared deeply about the people of Alaska and America and diligently fought for them every day. He was a giant in the House and will be sorely missed. Shelley and I send our most profound condolences to his family, especially his wife Anne, who was regularly at Don's side.