The acquittal of President Donald Trump, the State of the Union Address, the Iowa Caucuses…there was no shortage of significant events to discuss this week.

The U.S. Senate voted down the impeachment on Wednesday. This mercifully ends what has been a baseless and reckless witch hunt led by Democratic Leadership, including Speaker Nancy Pelosi, Congressmen Adam Schiff and Jerry Nadler and Senate Minority Leader Chuck Schumer. This was such a stinging defeat for the Democratic leadership, and even the Washington Post was forced to finally print the truth about President Donald Trump – a headline that reads “Trump Acquitted.” 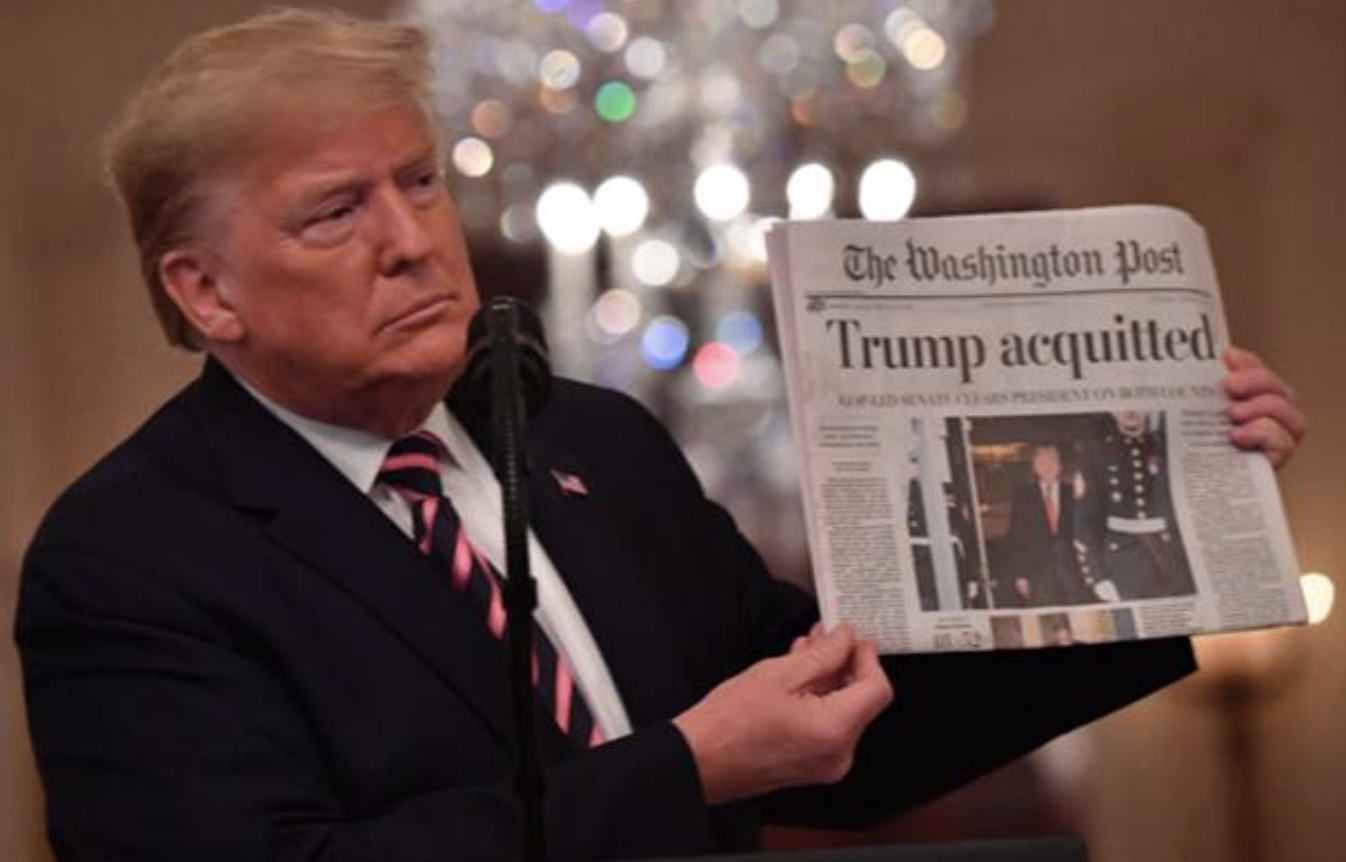 Our Founding Fathers never meant to have impeachment weaponized like it was by Democratic leadership over the past few months. In response, U.S. Senator Rick Scott has sponsored a Congressional Amendment to raise the threshold in the U.S. House for impeachment. I support this effort as we can never allow impeachment to be used as a political tool ever again.

Since gaining the majority in 2018, the House Democrat majority has obsessed overdoing one thing: impeaching a President despite the absence of evidence. Their purely political agenda consumed precious taxpayer money and distracted Congress from doing the work of the people.

As the Democratic Party mourned the death of the impeachment sham, the President’s State of the Union address highlighted the strength of our nation. The President detailed the dramatic results of his policies over the last three years and articulated an optimistic and ambitious agenda for 2020 and our country this decade. Pro-growth policies have created a booming economy, our military is stronger and more prepared than any time in our nation’s history, and we are beginning to see the results of our efforts to curb drug overdoses, as the rate of deaths has declined for the first time in decades. These are real results and prime examples of where President Trump has disproved conventional wisdom and set our country on a path to Make Our America Even Greater. (Pictured below with the President, high-fiving Congressman Mark Meadows and with colleagues) 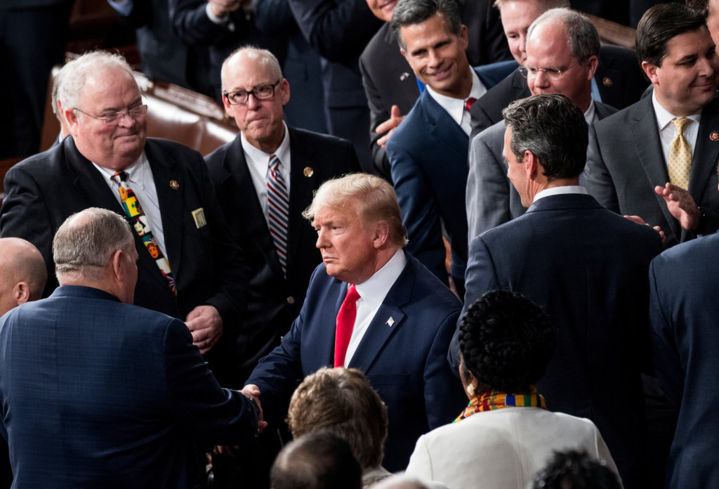 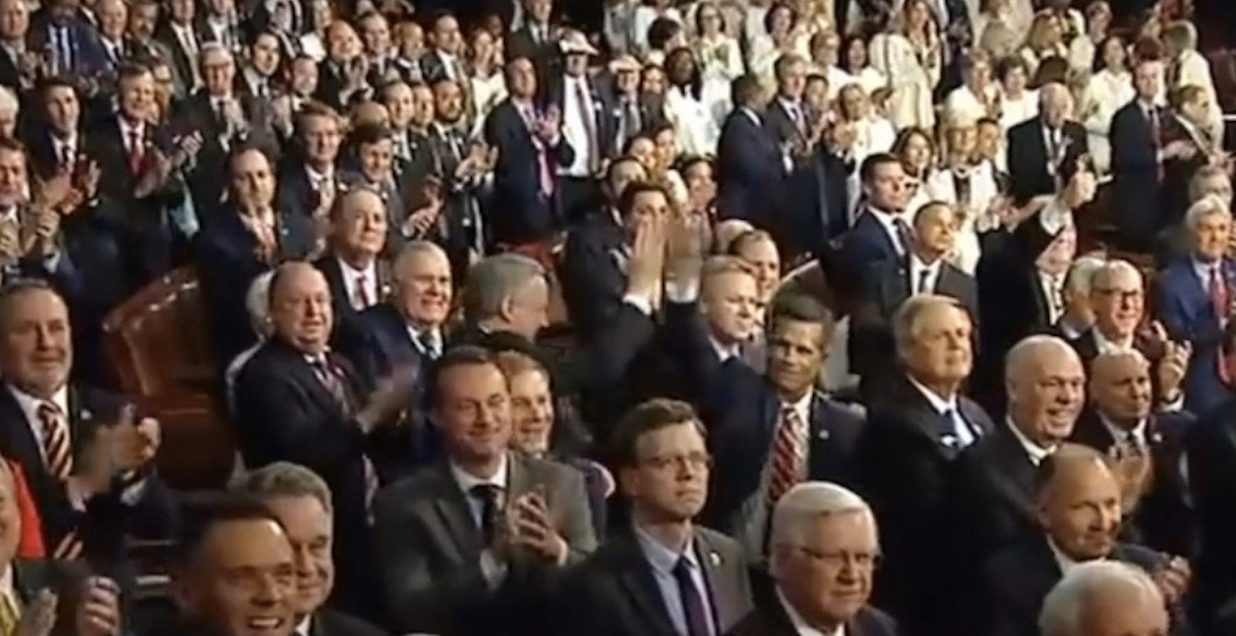 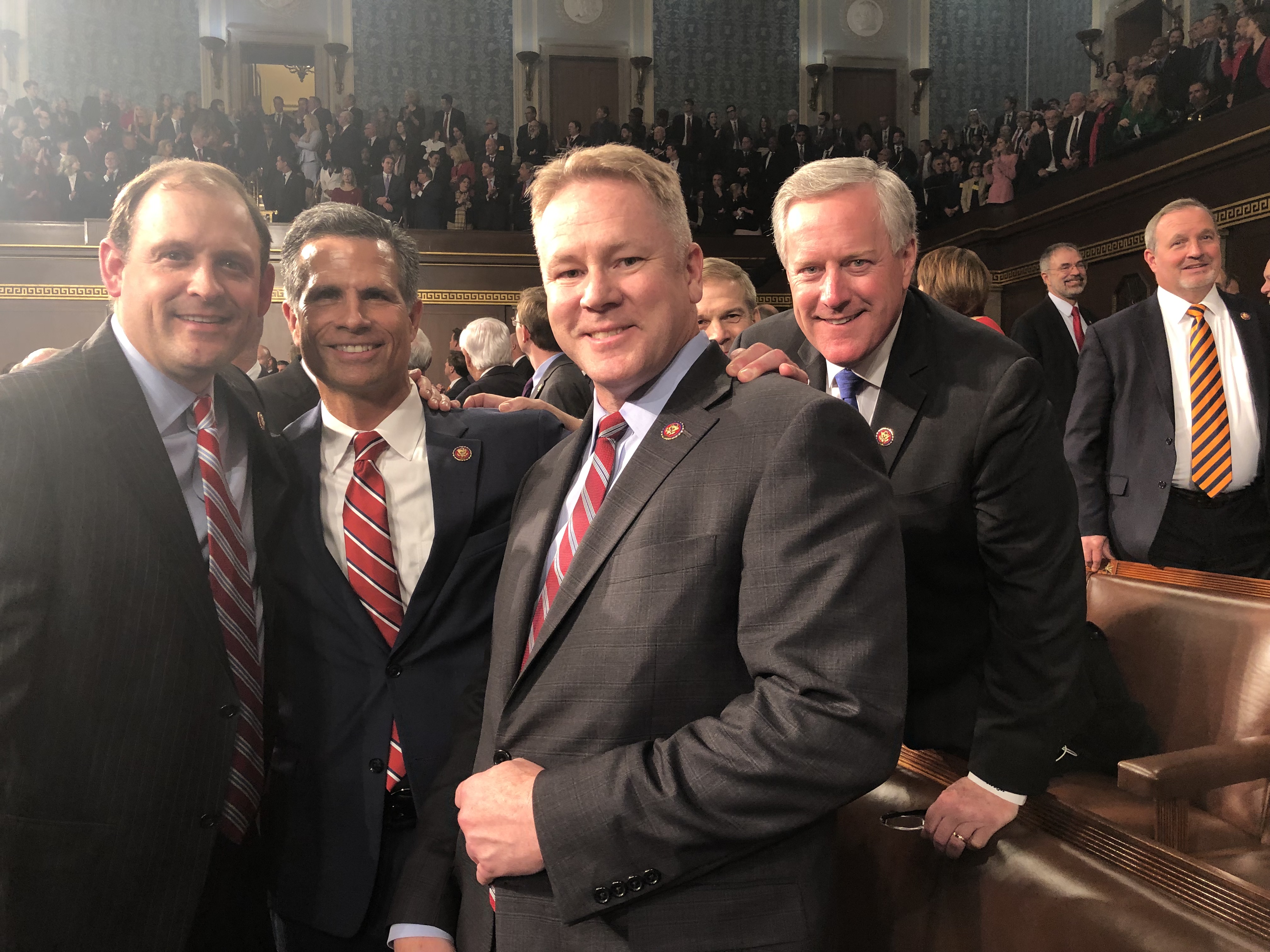 I interviewed with WFMZ. Click the link below to watch my interview. 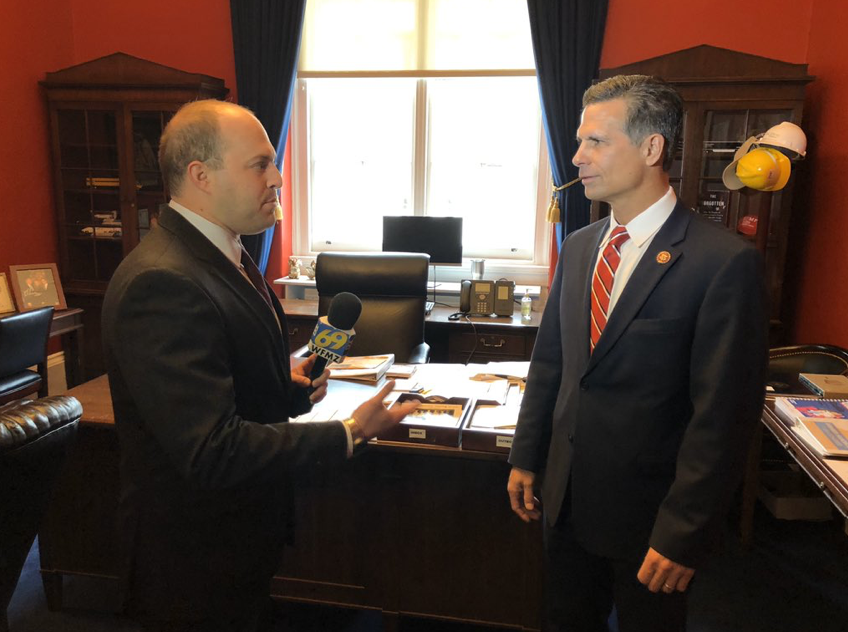 Unfortunately, Speaker Nancy Pelosi and most of the Democratic Caucus sat on their hands as President Trump outlined the success of our nation. Speaker Pelosi then went even farther by deliberately tearing the President’s State of the Union Address apart on national television. It happened no less than 25 feet in front of where I was sitting.

Pelosi's actions were unbecoming of the Speaker of the House. In doing this, Speaker Pelosi violated House Rules, so today House Republicans brought a resolution admonishing her actions to the floor. Sadly, every Democrat member voted to block, allowing debate on this resolution. If the United States Congress cannot hold this sort of divisive behavior accountable, how can the American people trust Democrat leadership? Obviously, they cannot.

To me, her actions served as a clear declaration that Speaker Pelosi and the Democratic leadership have no desire or intentions to try to work together on anything.

Over the past three days, I have traveled around the District attending over half a dozen events and never before I have I seen such an agitation with so many people upset about Speaker Pelosi tearing up President Trump's speech. I have had dozens, including many Democrats, approach me with their heads shaking, saying her behavior was unacceptable and terrible. Every one of them are convinced she needs to go and the only way to accomplish that goal is for Republicans to win back the House. 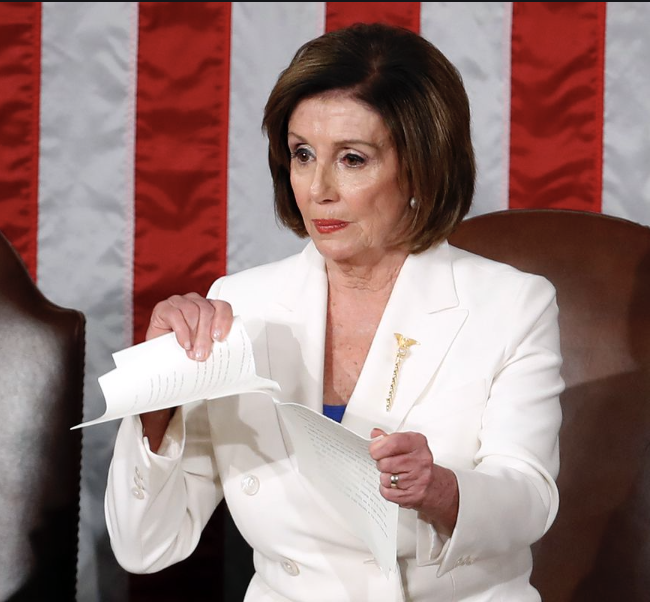 This week, our country became safer as our armed forces successfully took out another dangerous terrorist. On Thursday, the White House announced that Qassim al-Rimi, leader of the terror group, al-Qaeda in the Arabian Peninsula, was killed in an airstrike in Yemen.  Al-Rimi was a founder of al-Qaida in the Arabian Peninsula and has taken responsibility for the deaths of countless. Additionally, he took credit for last year’s deadly shooting at Naval Air Station Pensacola, where a Saudi aviation trainee killed three American sailors. The world is a much safer place without al-Rimi.

This week, the primary race for the Democratic nomination for President began in Iowa. However, just like each Democratic presidential debate, it began and ended in disaster. First, the Iowa Democratic Party has been unable to get an accurate count. The Associated Press has announced that they failed to declare a winner of Iowa’s Democratic caucuses because of irregularities in the process. Like the 2016 election, I assume they will challenge the outcome of this election as well. In fact, we heard the Iowa Democratic Party even attempted to get an expert, Count von Count from Sesame Street, to come in to assist in the tally. (See below) 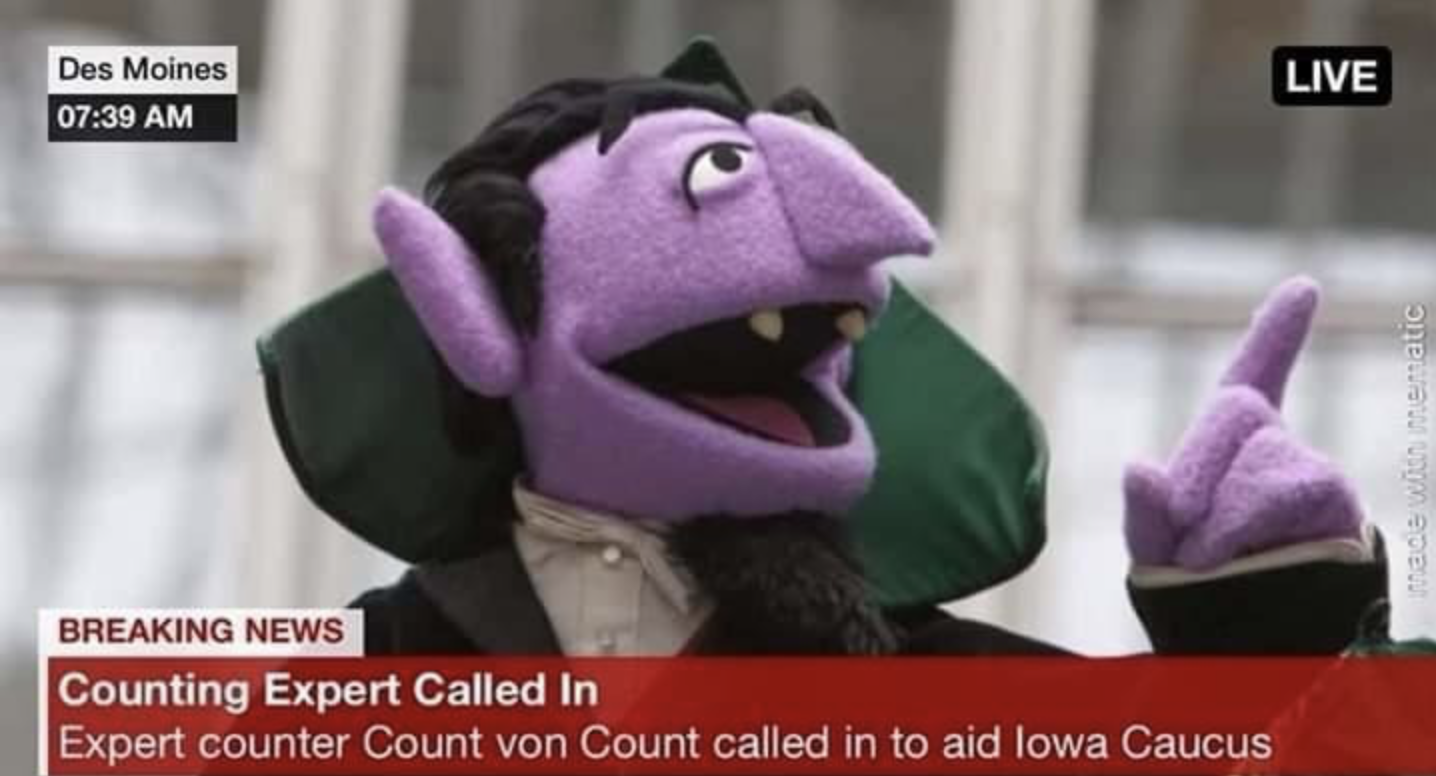 In all seriousness, the Democratic Presidential contest has been an embarrassment… not because of a failed count or the debate rules, but because of their failed socialist policy ideas.

In News You Won’t Hear In The Mainstream Media: Under President Trump’s leadership, our nation is on a roll. Please don’t take it from me… listen to the voters.

To top it off: While Democrat leaders fume and rip up speeches, the rest of the country is giving President Trump his highest approval rating yet.

Click below to watch an enthusiastic Trump supporter talk about her support. 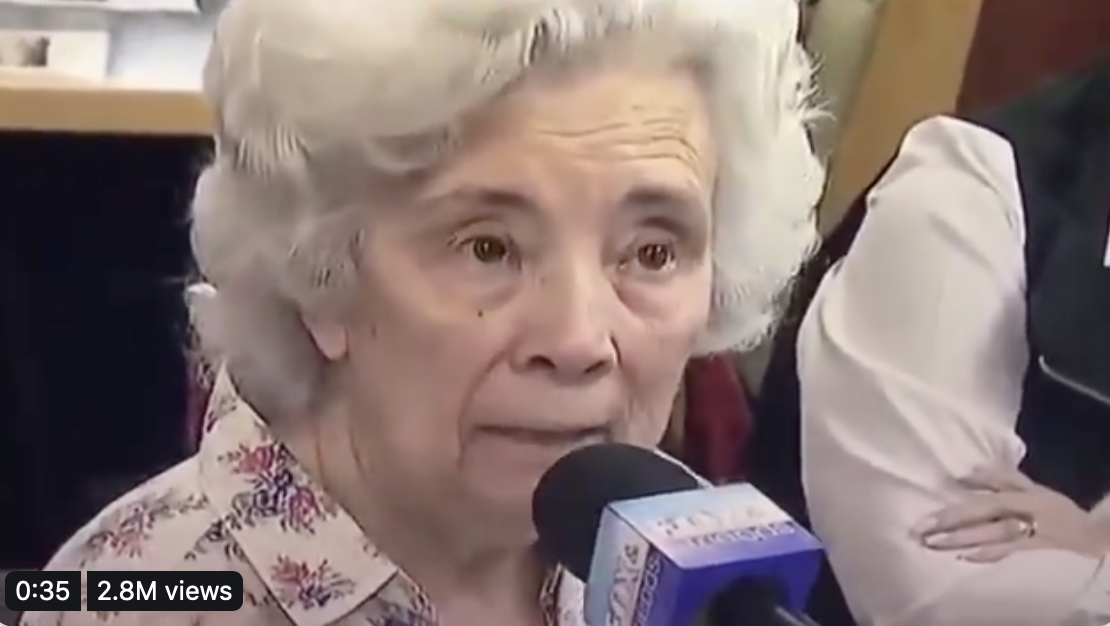 By contrast, watch this clip from a New Hampshire father schooling Democratic Presidential candidate Elizabeth Warren on her plan to eliminate student loans. 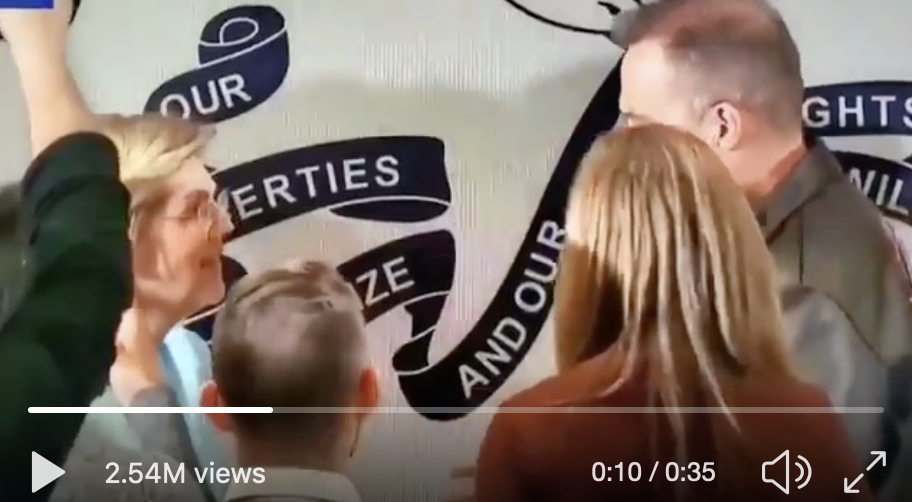 He rightfully asked why those who do the right things, like saving for their children’s education, will have to subsidize another parent who didn’t. Warren has no answer because this socialist policy, like all of them, is wrongheaded and unfair.

This week, on Monday, I conducted a radio interview on WPPA's Step up to the Mic in Pottsville. On Tuesday, I attended Pennsylvania Governor Tom Wolf's budget address, where I was able to catch up with many friends in Harrisburg. On Thursday, I attended President Trump's speech at the National Prayer Breakfast.

This week, I sponsored legislation, H.R. 5761, the Advancing Uniform Transportation Opportunities for Veterans (AUTO) Act. This bill will increase access to the Department of Veterans Affairs Automobile Grant. Qualifying veterans could receive a second grant ten years after receiving the first grant. Currently, veterans are only able to receive the grant once-per-lifetime. These brave men and women sacrificed much in defense of our nation and we owe it to them to do everything in our power to provide them with the services they need now.

Report from the Campaign Trail:
Last Sunday, I attended the Southern Luzerne 1st District Republican Brunch in Hazleton. I want to thank our good friend State Representative Tarah Toohil, for inviting us to speak. I want to congratulate Frances Petrovich, who was honored as the Distinguished Republican of the Year. (Pictured below) 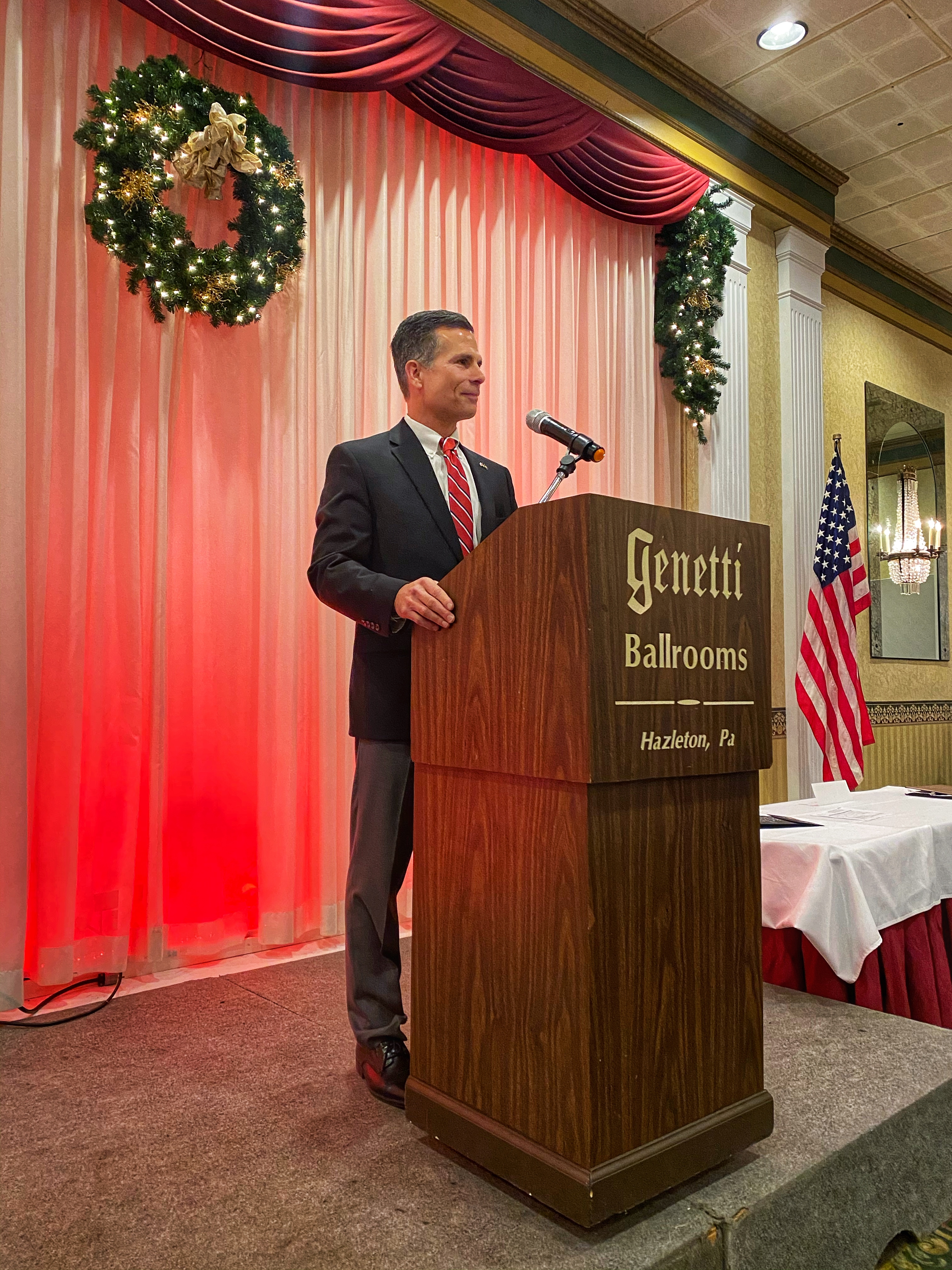 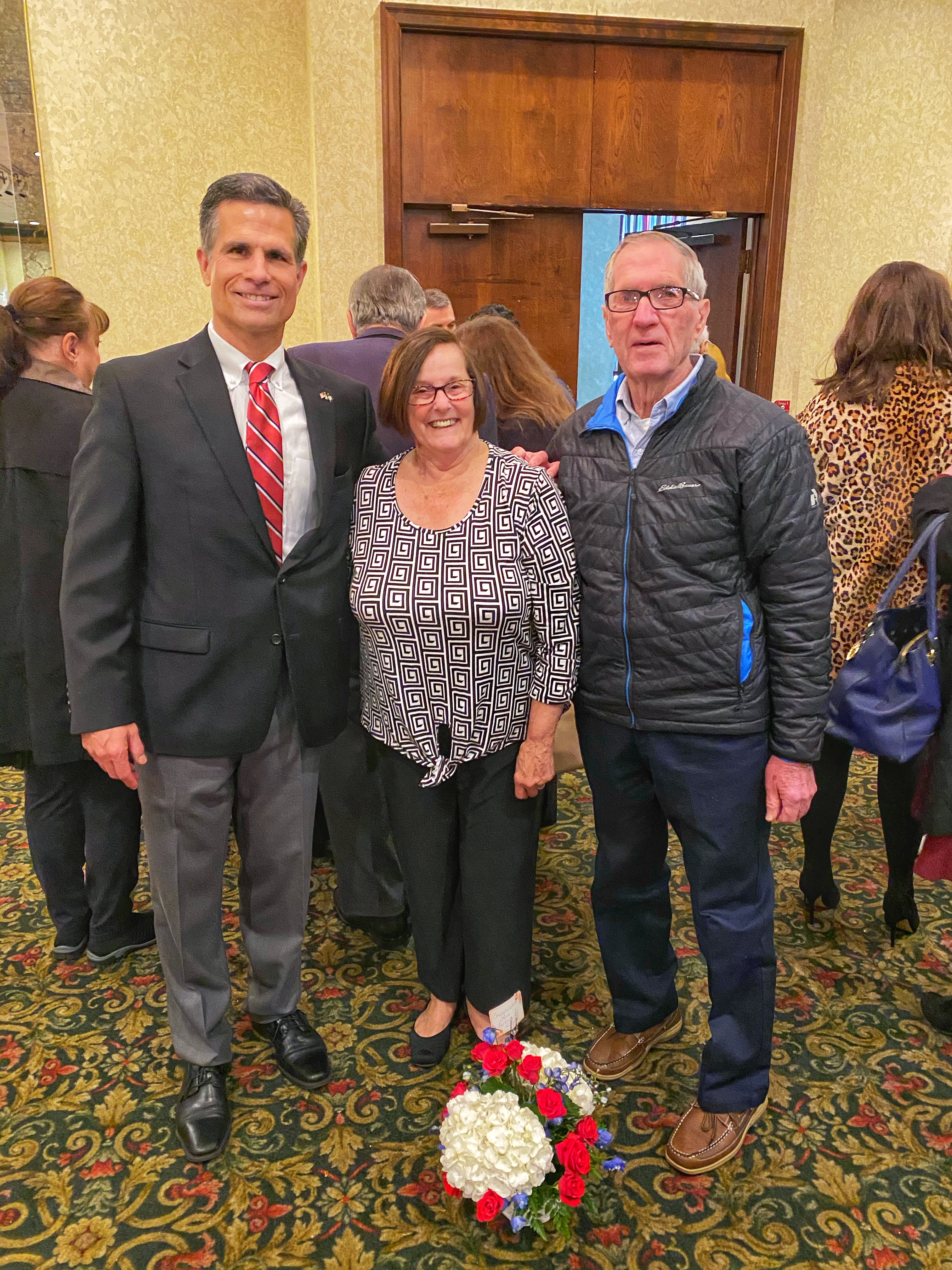 We attended a Women for Trump event with Vice President Mike Pence in Cumberland County. This event illustrated the great enthusiasm that exists around the Commonwealth for the Trump Campaign. People are pumped and ready to get to work to get President Trump and Pence reelected. We can accomplish that almost singlehandedly by ensuring Pennsylvania goes Red in 2020. 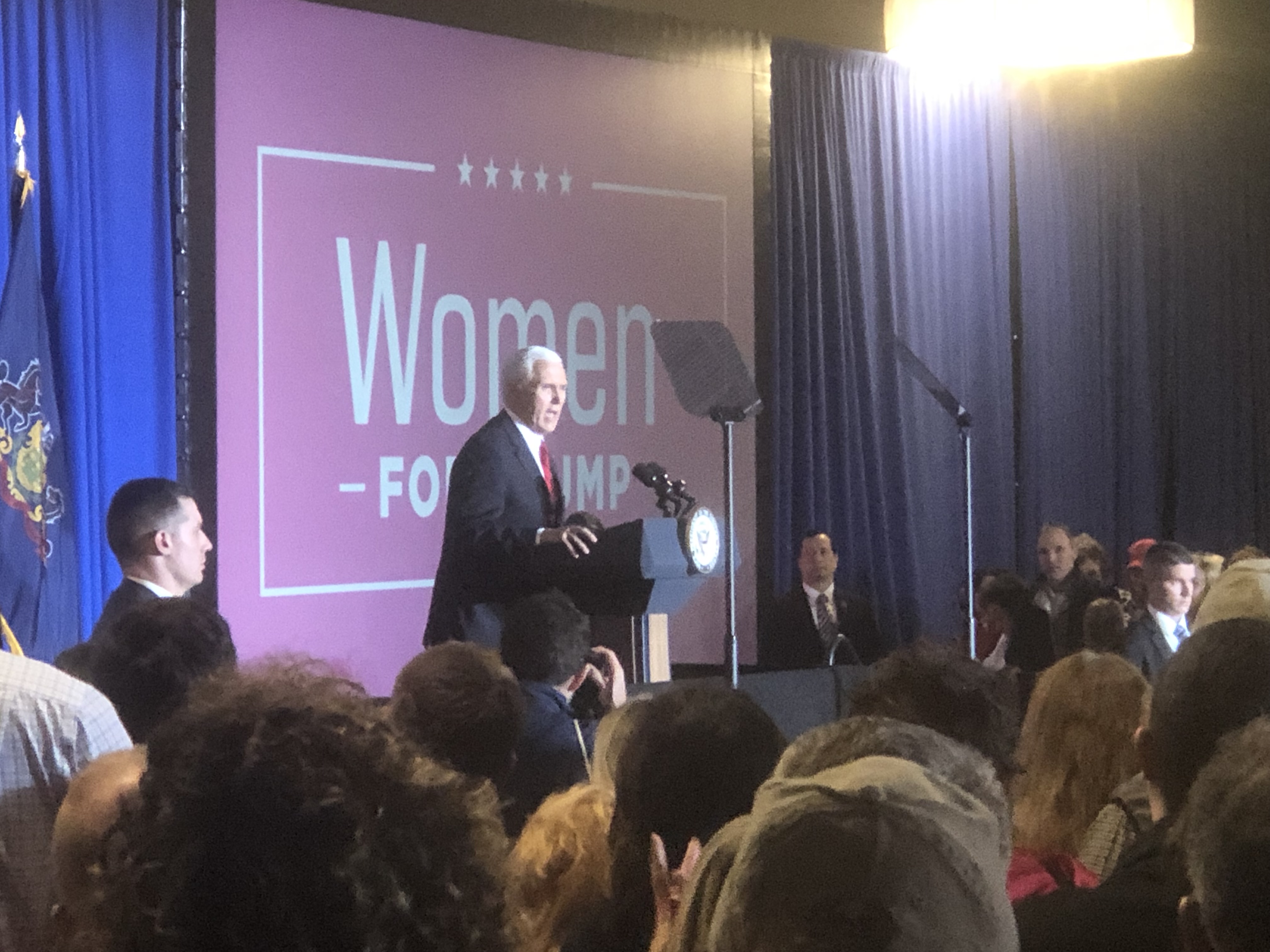 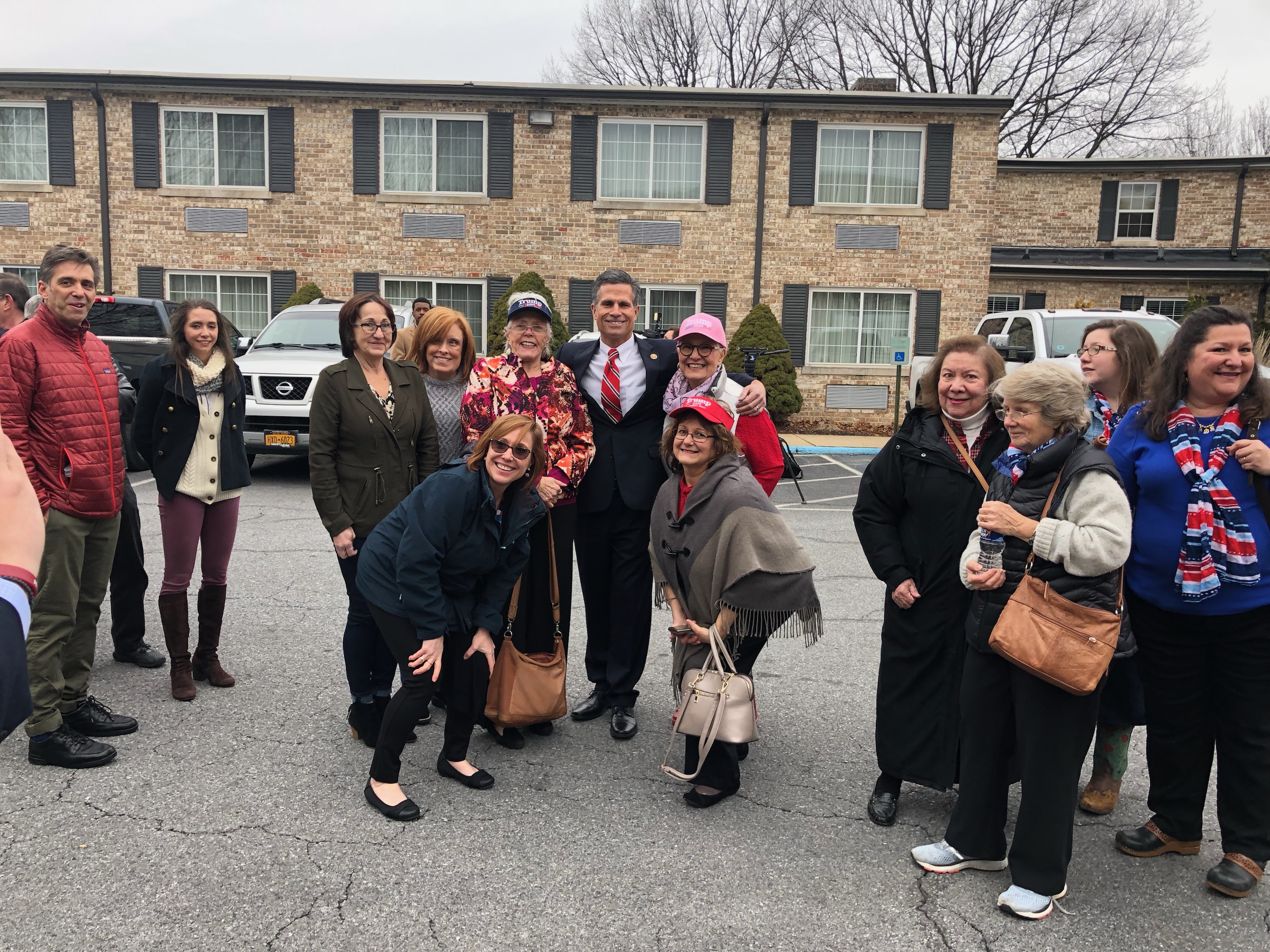 As you know, I am running for reelection this year, and our campaign is right in the middle of petition collection. My campaign must secure a minimum of 1,000 signatures. Our goal is to submit many more signatures than are required. Our team has and continues to be on the trail, working to collect as many signatures as possible.

Yesterday, I served as the keynote speaker at the Northampton County GOP Annual Lincoln Day Breakfast this morning. The crowd was enthusiastic and ready to help reelect President Trump and win back control of the U.S. House in 2020. (Pictured below with the Northampton GOP leadership and members) 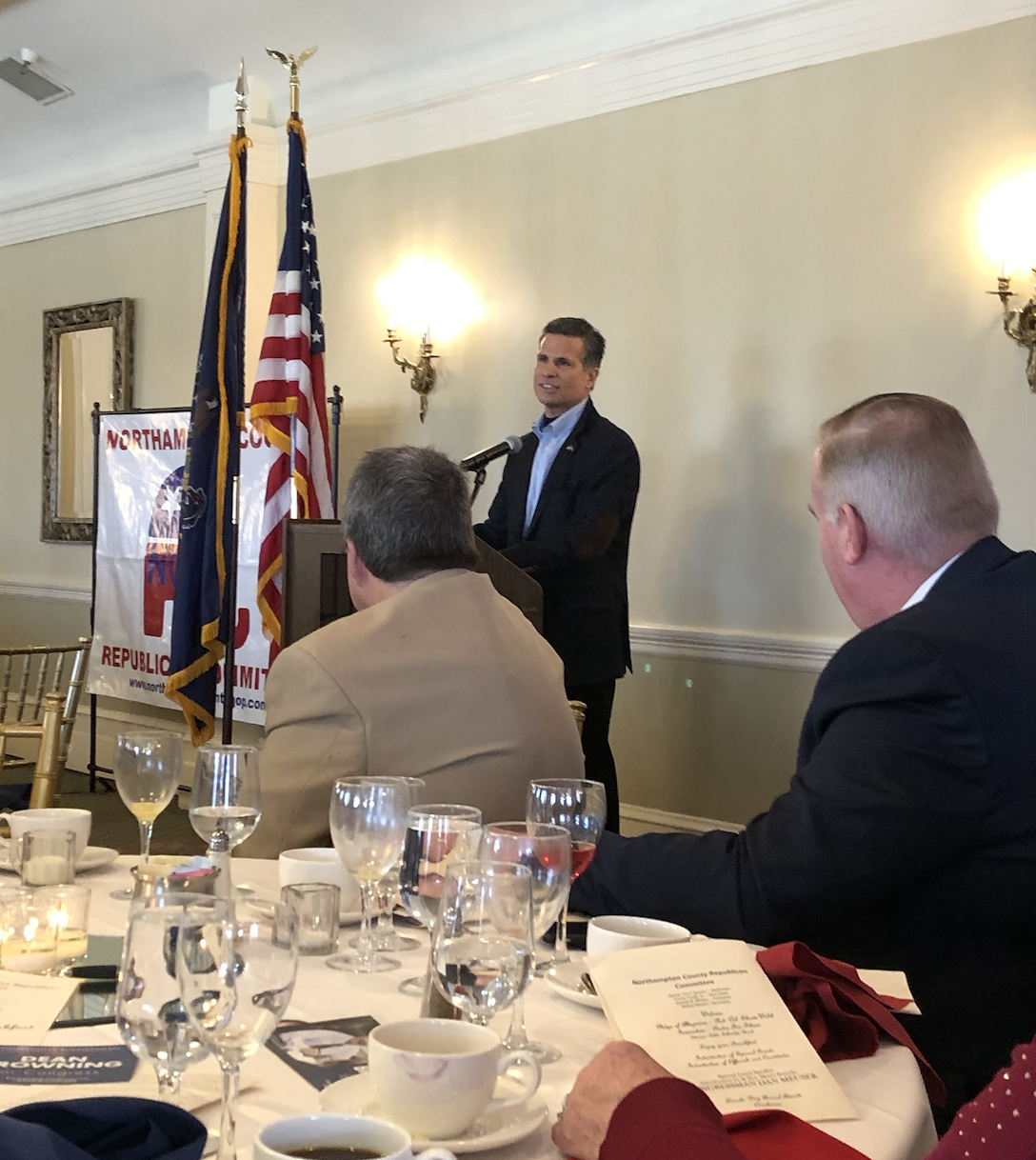 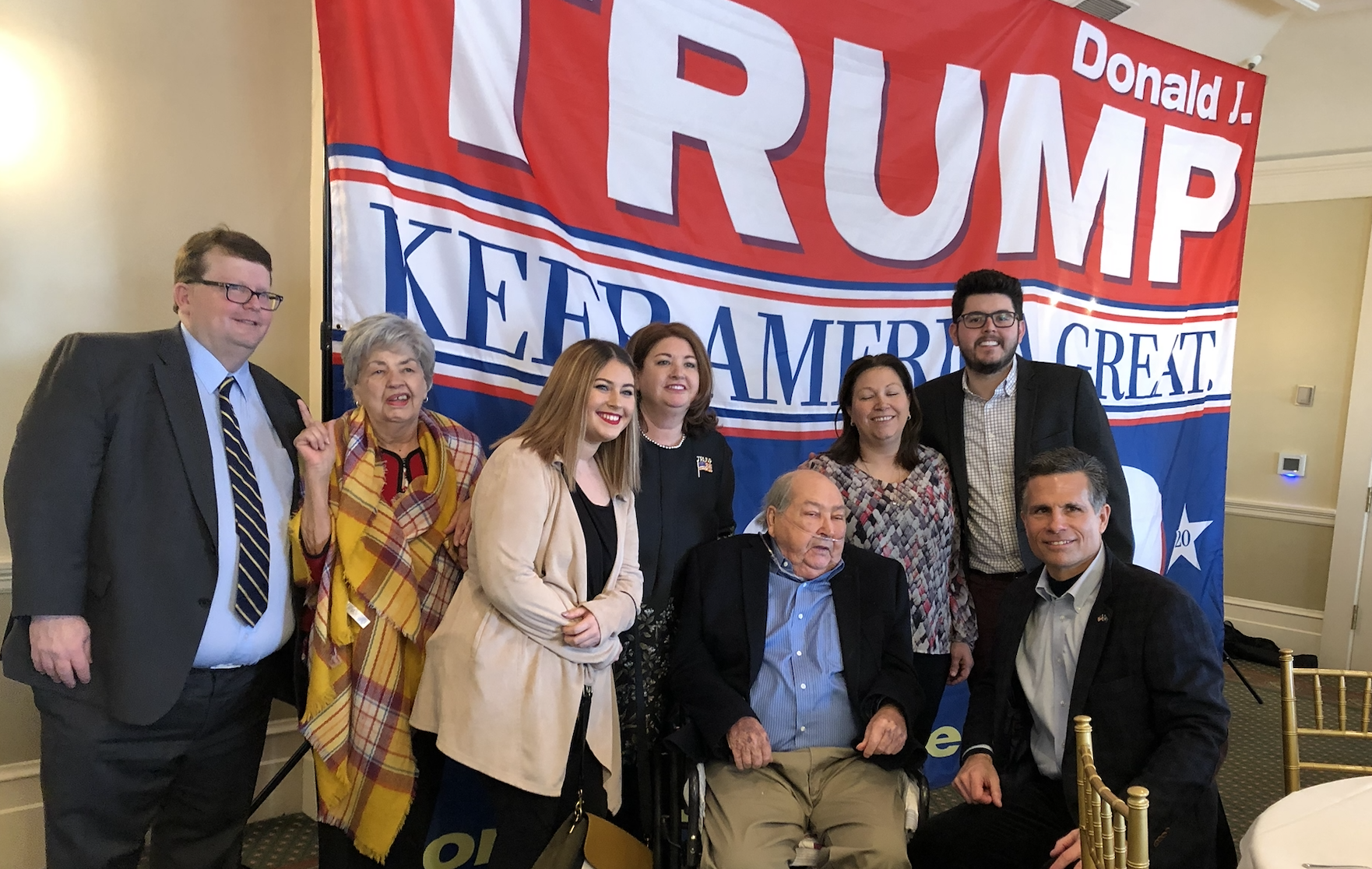 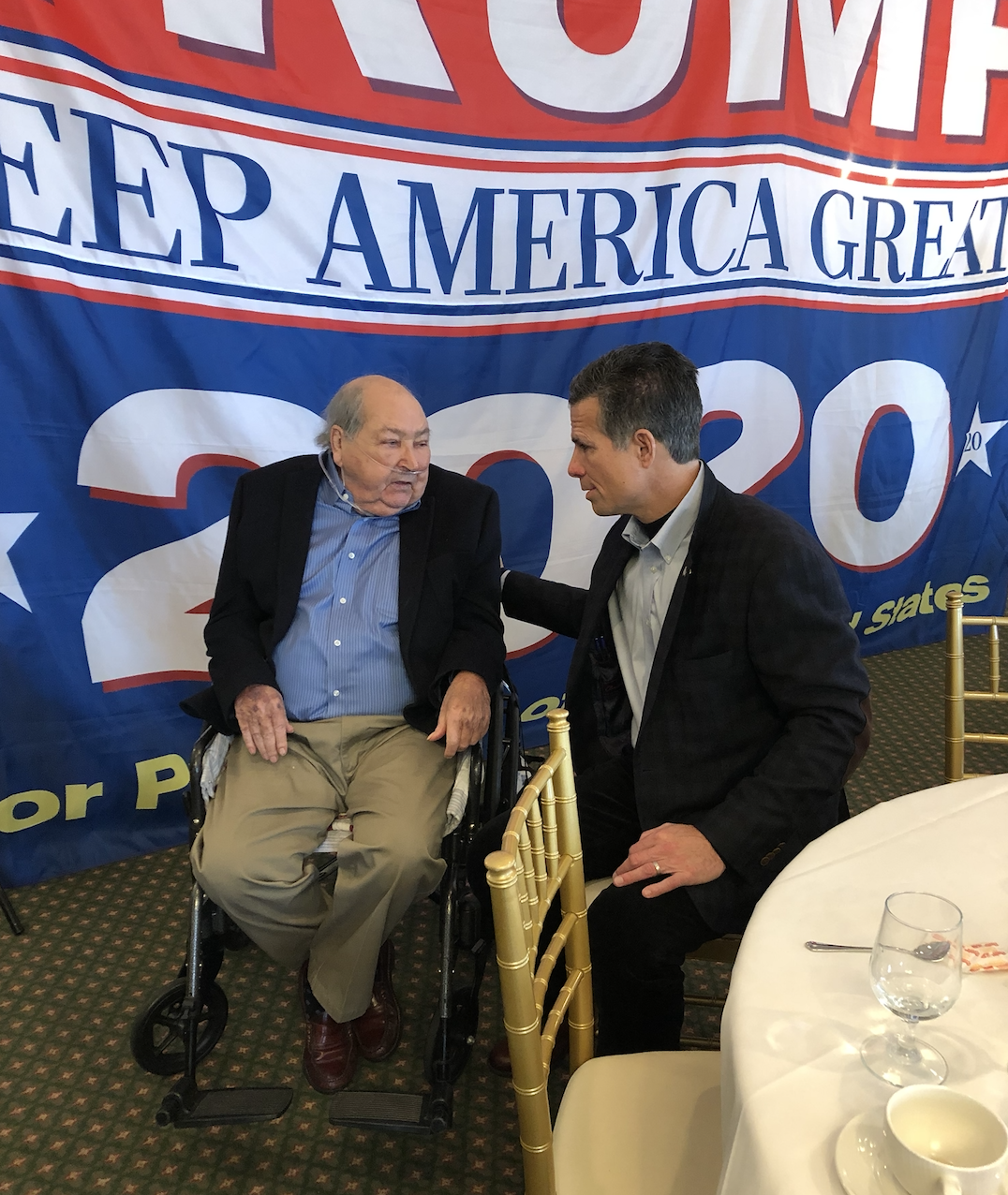 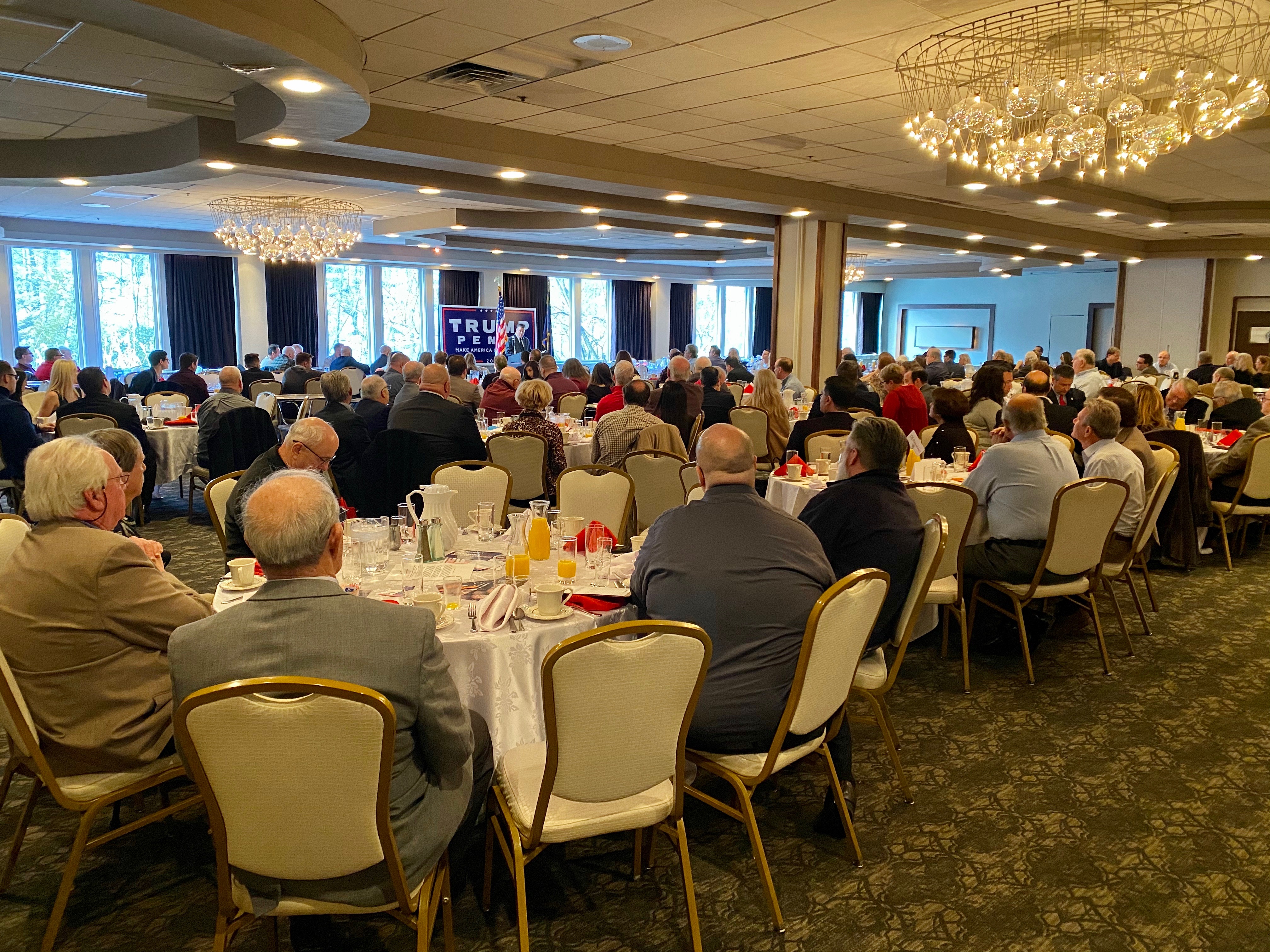 Yesterday afternoon, we attended the Pottsville Winterfest. (Pictures below with supporters including our good friend Ron Downey) 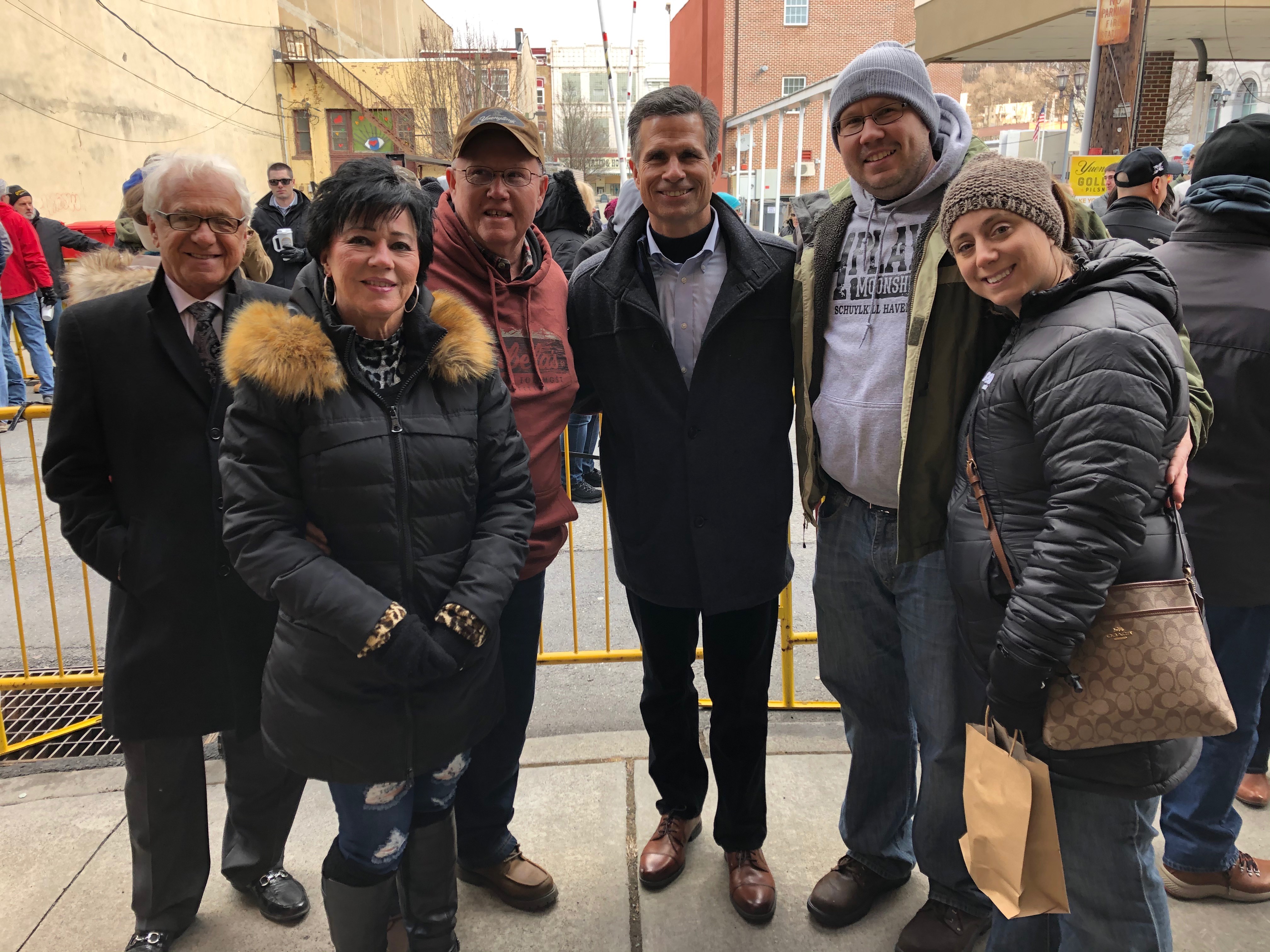 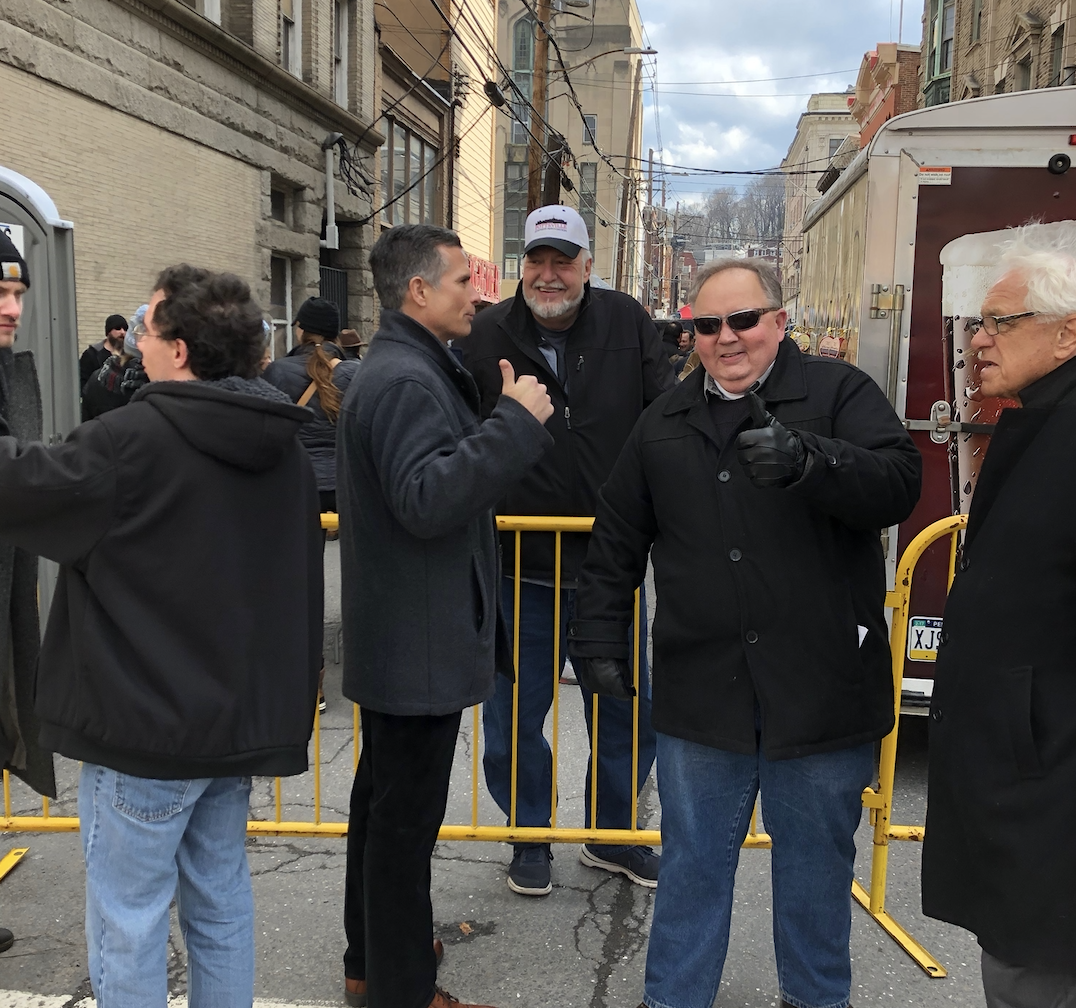 We closed out yesterday at a petition signing event with State Representative Karen Boback at the home of Tom and Andrea Mosca. Thanks to all for hosting and for the countless who have signed petitions. 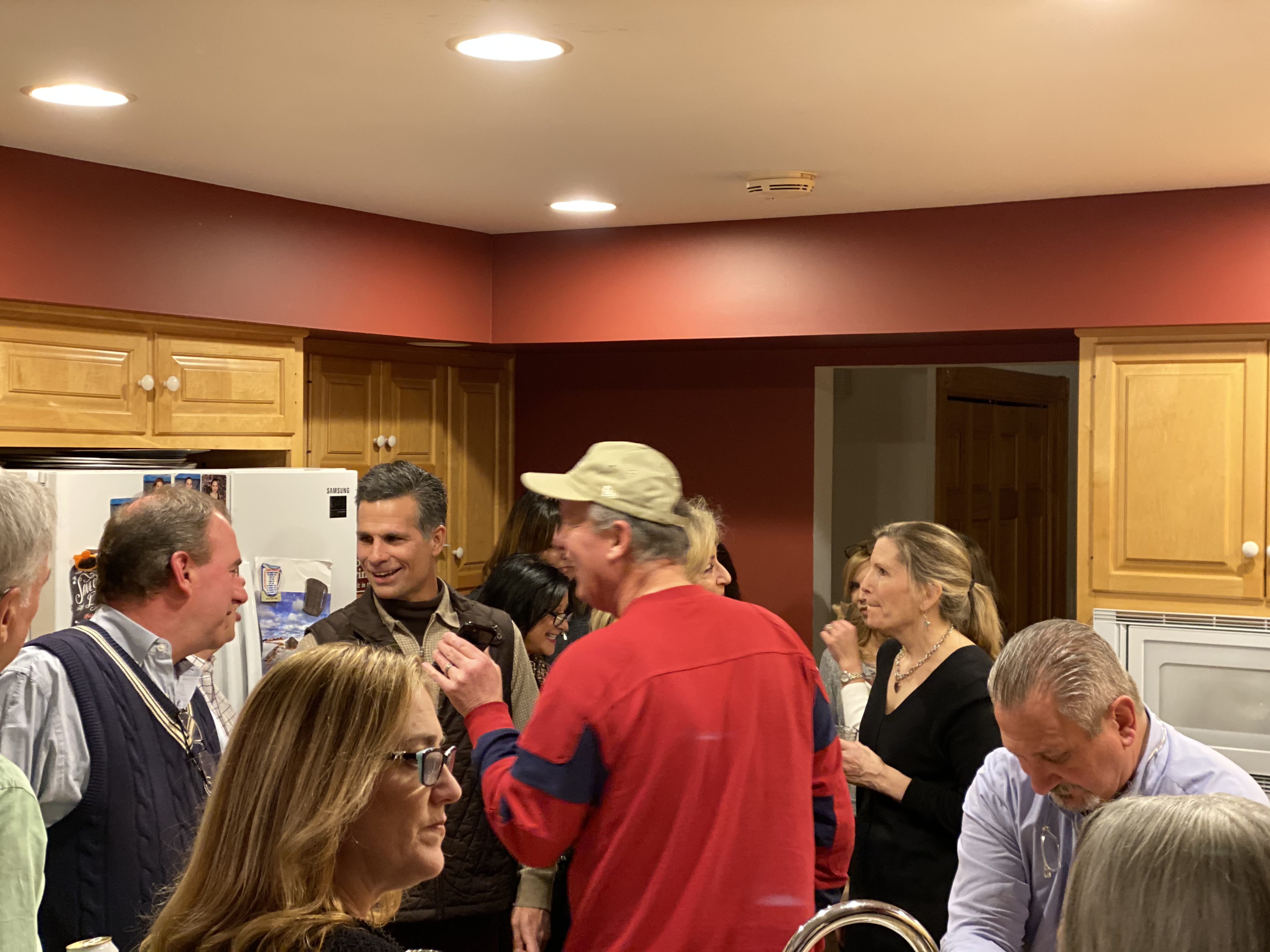 Today, we are with State Representative Doyle Heffley and other local candidates for a Support Team Trump To Keep America Greatpetition signing event in Primary Campaign Office in Lehighton. 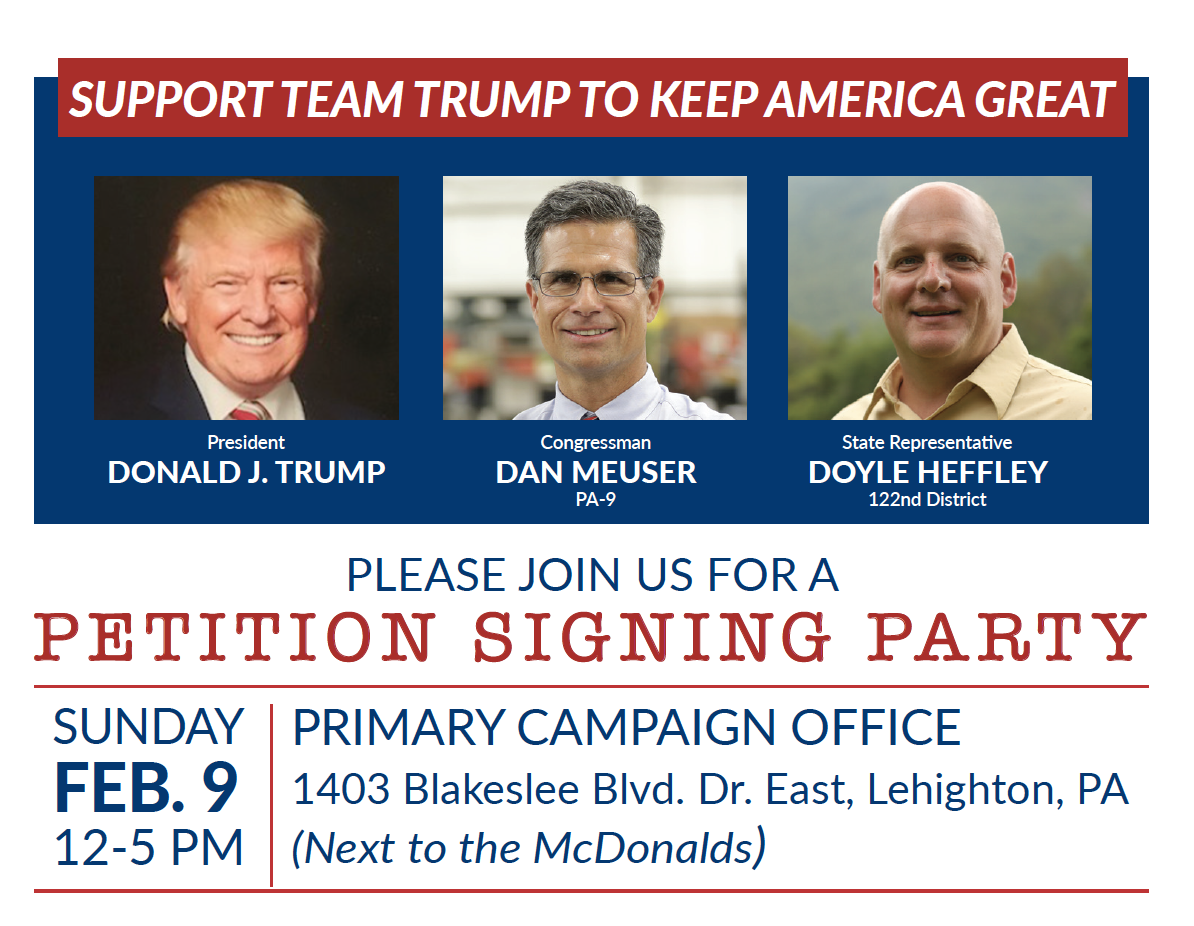 As a reminder, as this is an election year, we have begun circulating petitions to run for reelection to Congress. Petition circulation concludes on February 17. If you would like to join our team, please let us know. For copies of petitions, questions or information regarding petition events across the District or to arrange petition pick-up, please contact our Field Campaign Manager Rob Bresnahan at rob@meuserforcongress.com.

Lastly, Shelley and I would like to introduce our new puppy and we are pleased to welcome our new addition to the Meuser family. 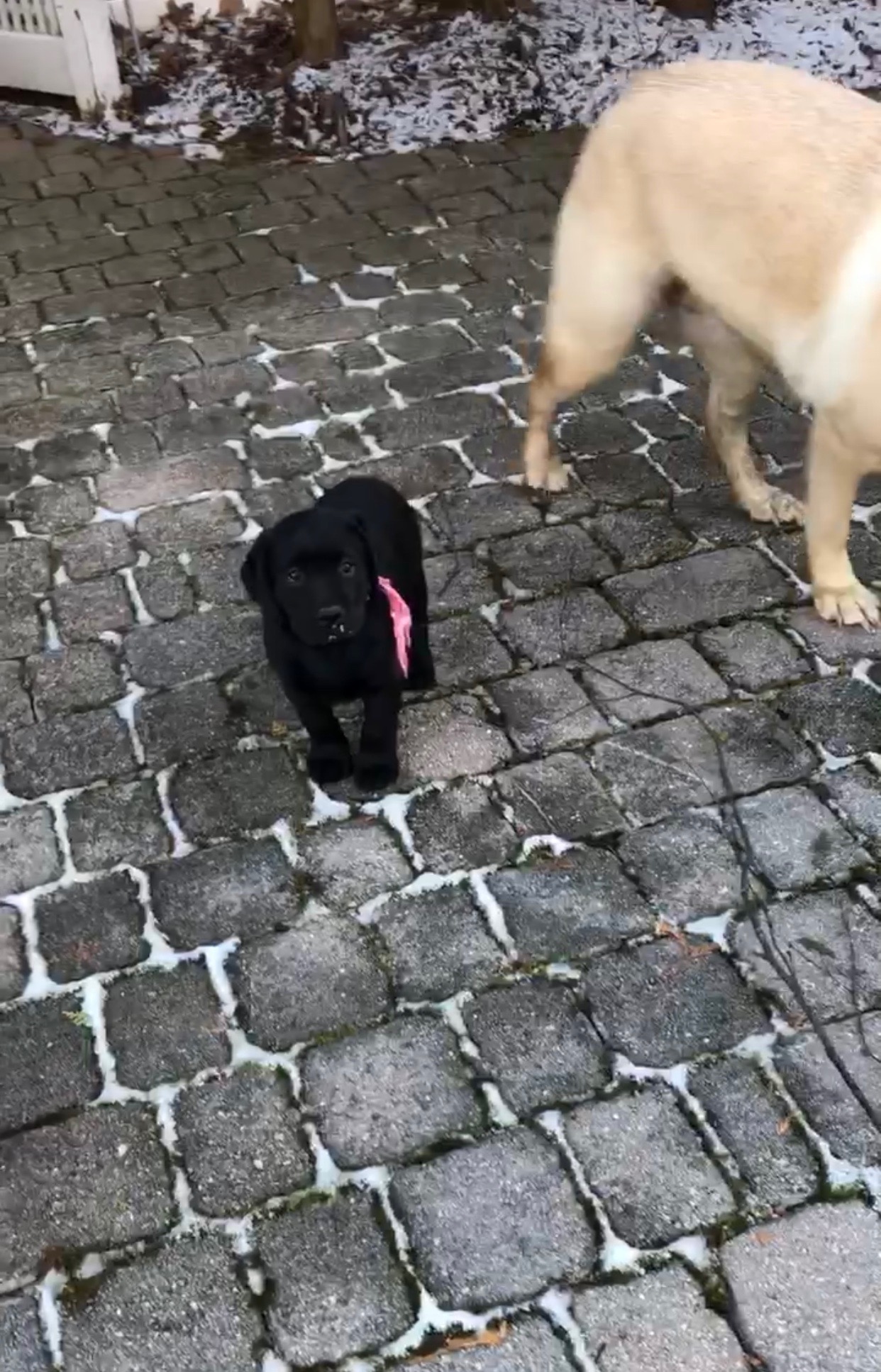