Good afternoon. The major event in Washington this week was hearing from President Donald Trump at the State of the Union speech. My wife, Shelley, accompanied me to the speech. I believe the President made a clear and compelling case for his agenda and also took time to reflect on just how far our nation has come in the short two years since he took power. 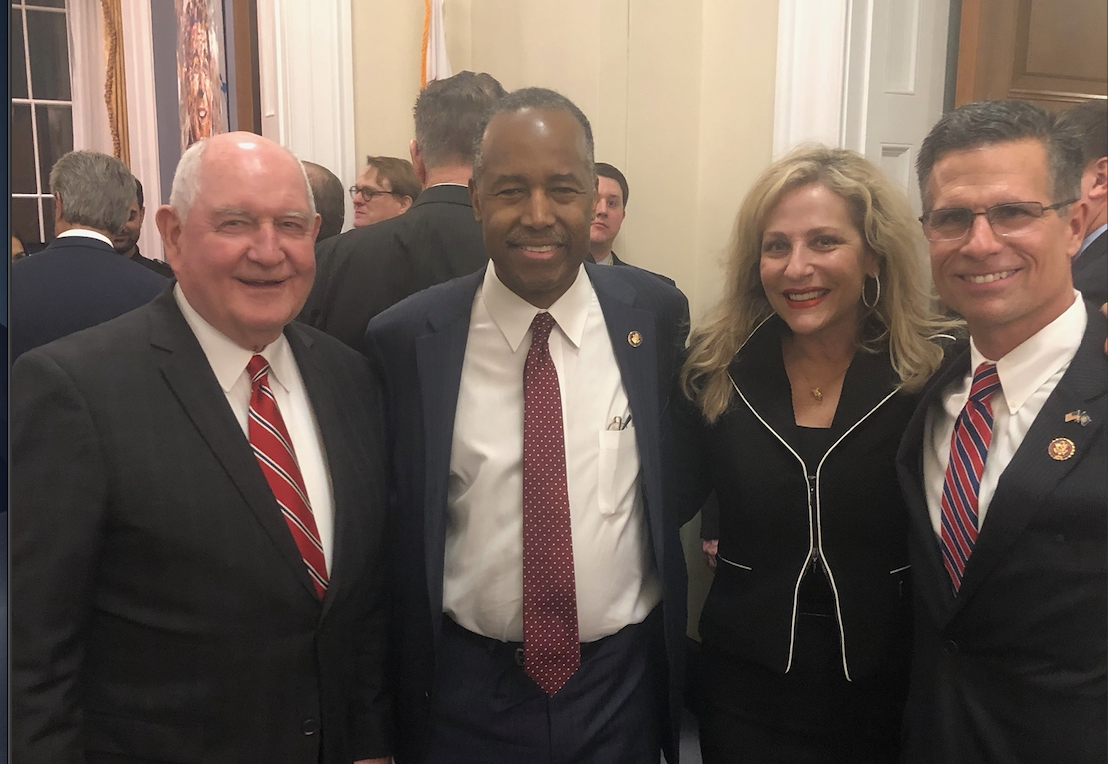 Here is a picture of Shelley and I with Ben Carson, Secretary of Housing and Urban Development and Sonny Perdue, Secretary of Agriculture before the State of the Union address.

I released the following video regarding the President’s speech. Click here to watch. 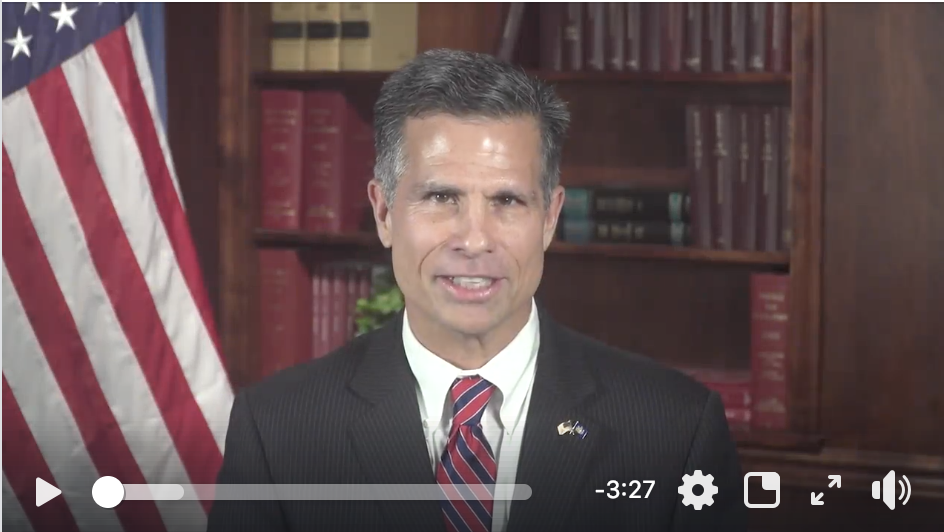 The economy is growing at a historic rate. We have seen job growth for a record 100th consecutive month. Unemployment is its lowest rate in 50 years and at historic lows for African-Americans, Hispanic-Americans and Asian-Americans. There are more women in the workforce than ever before and we have added 600,000 new manufacturing jobs.

This is proof that lowering taxes and eliminating job-killing regulations grows the economy.

The President also again made a strong case for securing our border and building a wall. We must put an end to illegal immigration and stop the flow of illegal drugs. Negotiations continue to take place on border security and it is imperative that we reach a deal to fund the border wall.

I thought one of the most poignant lines from President Trump’s speech, and one I believe may looked back upon as historic, was when he said: "Here, in the United States, we are alarmed by not government coercion, domination, and control. We are born free, and we will stay free. Tonight, we renew our resolve that America will never be a socialist country.”

Following the President’s call to rise up against socialism, Democrats doubled down on socialist policies by unveiling their Green New Deal.

The plan calls to:

And according their plan it will happen in the next ten years. If you read the fine print, the price tag comes in somewhere in the trillions of dollars which would be shifted on the backs of taxpayers. Cleary a radical left agenda and with things like this we can conclude the Democratic Party has become. Next week, I understand they plan to unveil H.R. 1, which among other things calls for a national universal voter registration and largely is a federal government takeover of the statewide jurisdiction of elections. Stay tuned and we will provide details next week.

This week, I joined Congresswoman Debbie Lesko's in cosponsoring H.Res.59, which expresses the sense of the House of Representatives that Medicare and Social Security provide an essential benefit for current enrollees and should be strengthened for future generations. As I have stated many times, I will fight to protect Medicare and Social Security because they are promises we made to seniors and they are promises we intend to keep.

In News you won’t hear in the mainstream media… Rep. Steve Scalise was denied an opportunity to speak at the House Judiciary Committee hearing on new gun control legislation by the Democrats. As you may remember, Rep. Scalise was a survivor of a shooting attack and a strong supporter of the 2nd Amendment. In Rep. Scalise’s testimony, that the Democrats worked to silence, he speaks about a piece of anti-gun legislation, H.R. 8, which would only harm law-abiding citizens, rather than penalizing criminals who obtain their weapons illegally. I encourage you to click on the link and read the Congressman’s testimony. The point is simple, we don’t need new gun laws, we need to enforce the ones already on the books.

Additionally, House Democrats voted against a motion to recommit, H.R. 840 - Veterans' Access to Child Care Act, which would have protected children at child care centers by ensuring that any employee of a child care provider with a charge pending regarding a sex crime, crime involving a child, a violent crime, or a drug felony is suspended from having any contact with a. child until the case is resolved. So to break that down... the Democrats voted to allow sex criminals to take care of veterans' kids. Absolutely unbelievable. This occurred today and I am still left dumbfounded.

In other unbelievable news, despite the backlash against late-term abortion legislation in New York and Virginia, House Democrats blocked a motion to introduce to a Republican bill to protect infants born alive being aborted. Outrageous.

House Democrats are certainly allowing the extreme socialist left to drive their agenda. It is deeply unfortunate, because if we work together on a pro-growth agenda on behalf of the American people we can accomplish so much.

Lastly, I have been paying close attention and working on the stormwater fee issue. We have been in contact with the Environmental Protection Agency (EPA) outlining in a letter the District's concerns and that we needed answers ASAP. We did have a meeting with staff from the EPA today which was productive and I feel we made some headway in making them understand the sudden and harsh affects these fees are having on the people of the 9th Congressional District. There will be a subsequent meeting this coming week with senior level personnel at the EPA. Also as result of today's meeting, I have written a letter to the Pennsylvania Department of Environmental Protection (DEP) requesting and urging them to meet with the EPA to assure they are not overstepping the broad requirements the EPA set forth. We are providing all pertinent information to state and county officials so we can coordinate on this issue together. We will provide a more thorough update on this issue next week.

Thank you for your continued support.