Good afternoon and I hope you are having a wonderful Sunday. Welcome to our Week-End Update.

On Tuesday, our campaign completed the petition filing for our reelection campaign. I want to thank the hundreds of volunteers and supporters who circulated our petitions. We filed more than 3,000 signatures. You are the foundation of our campaign and we are so appreciative of your continued support. I also want to give special thanks to the Berks County GOP and Chairman Clay Breece who helped our campaign collect over 1,200 signatures. I also want to thank the Berks GOP for voting to support our reelection campaign. Last but not least, I want to thank the Berks County YRs for their hard work and support. They are a tremendous group and I am very thankful for all they do. Together we will accomplish so much more and Keep America Great.

If interested, I recommend watching the extraordinary video below by clicking here, which includes a tremendous American message from President Trump. It is a positive, patriotic, inspirational message. If we continue the Great American comeback, the American Dream will remain alive and well for us and future generations!

This is why I'm running for reelection. By winning the House and reelect President Trump, I truly believe the next four years can be some of the greatest our country has ever had.

I am very enthused by our prospects to win back the House and for the President to win Pennsylvania. I am very impressed by our House Republican leadership, including Kevin McCarthy, Steve Scalise and Liz Cheney.

Pennsylvania is the key to the President's reelection victory. Along with the work of our leadership team, including many of the official members of President Trump's reelection campaign, we must have all hands on deck this year, folks.

I want to share a quick story regarding a conversation I had with Bob Asher recently. Bob once again inspired me. Bob, who now in his early eighties, has been working, literally fighting at times, for what our Republican Party is about for a very long time and his desire to reelect President Trump is all-consuming… Losing is not an option! Far too much is at stake. Bob relayed what we all know to be true… the America we love, and as we know it is at stake.

As a young boy, Bob remembers the ending of WWII. He recounted how he remembered the soldiers coming home, the American Pride and the idea that Americans can prevail and withstand any adversary. Bob has spent his life doing three things… caring for his family, building his business and working to elect and keep good, solid, Constitutional Republicans in office. Although Bob has been behind the scenes, we all know his roar for participation in the process. I remember remarks he made just after President Obama won a second term. I was down, many of us were. Questions ran through my head; specifically, would we ever win the presidency again? I remember asking Bob that question and I will never forget his answer to me. He said, "I've seen a lot, seen and experienced many ups and downs. But this is America. Here, it's not about getting knocked down. It's about getting up every time. And this great country is worth fighting for, don't you think?" I smiled and said, yes, I do.

Bob continues to inspire, and that is why I refer to him as the Pride Rock, the Lion of our party. So, my friends, this year won't be easy and we cannot take anything for granted. We all must stand up and work to Keep America Great. Bob said he feels blessed that God has given him the strength for at least one more campaign. Let's Stand with Bob and our Party in this election and many more.

Just as Bob and Christine are working tirelessly to raise funds for the President's reelection campaign, we all must contribute in our own ways. Those who can donate to the President's campaign, need to donate. Those who can knock on doors must knock on doors. Those who can make phone calls must do so. We all must talk to our neighbors and friends in support of President Trump's reelection campaign. We must work to ensure we win back Republican control of the U.S. House. Imagine how much can get done with a unified House and Senate working hand-in-hand with the President. Great things can and will happen for all Americans.

As we watch the Democratic Party divide itself in a bitter partisan battle for their party's presidential nomination, we must ensure we all stay united as Republicans. That is a message I delivered at a meeting of the Berks County Patriots and will continue to share as I travel the District. Click here to read an article from the Reading Eagle recounting my visit to the most recent Berks County Patriot meeting. 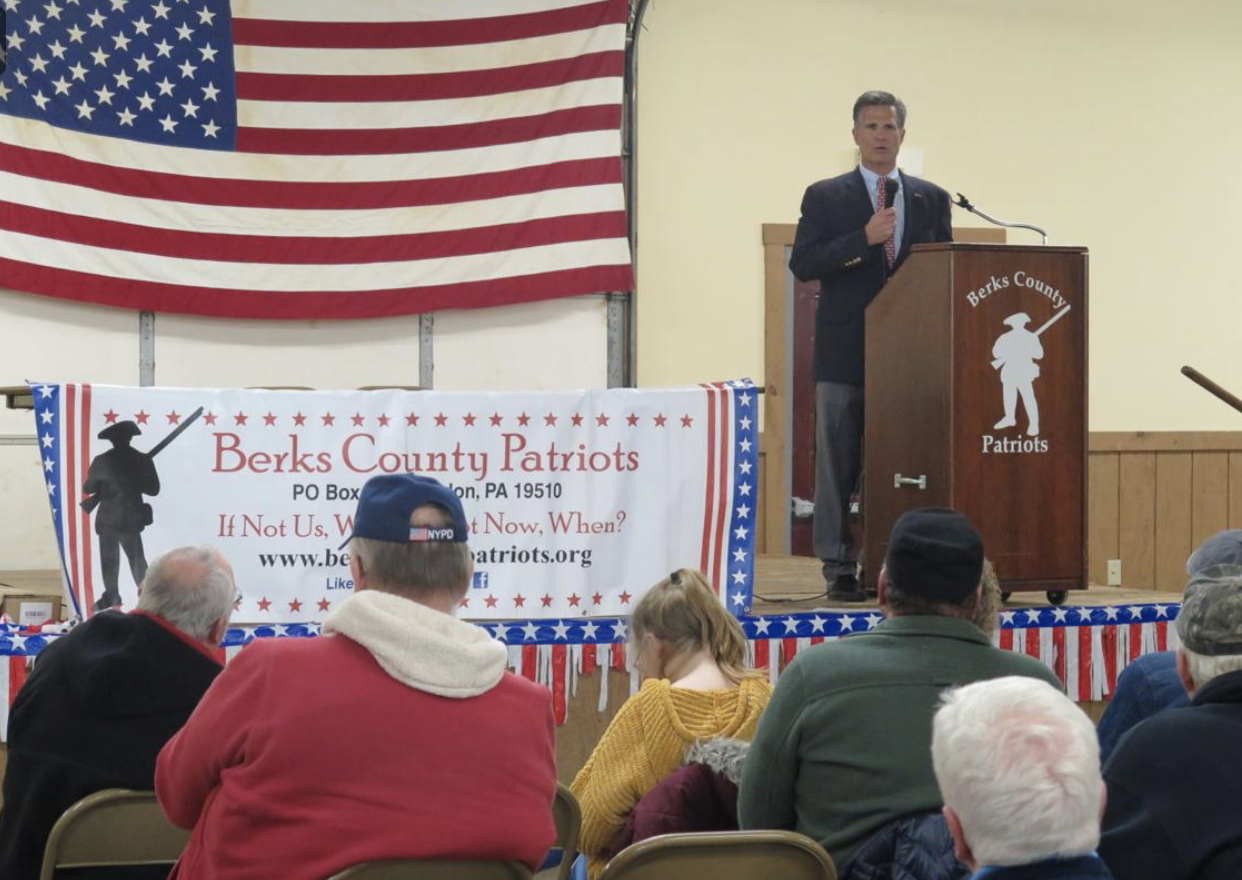 Below I am pictured with a young supporter named Bode Brewer. Bode delivered an outstanding speech before me to the Berks County Patriots. He was a tough act to follow. 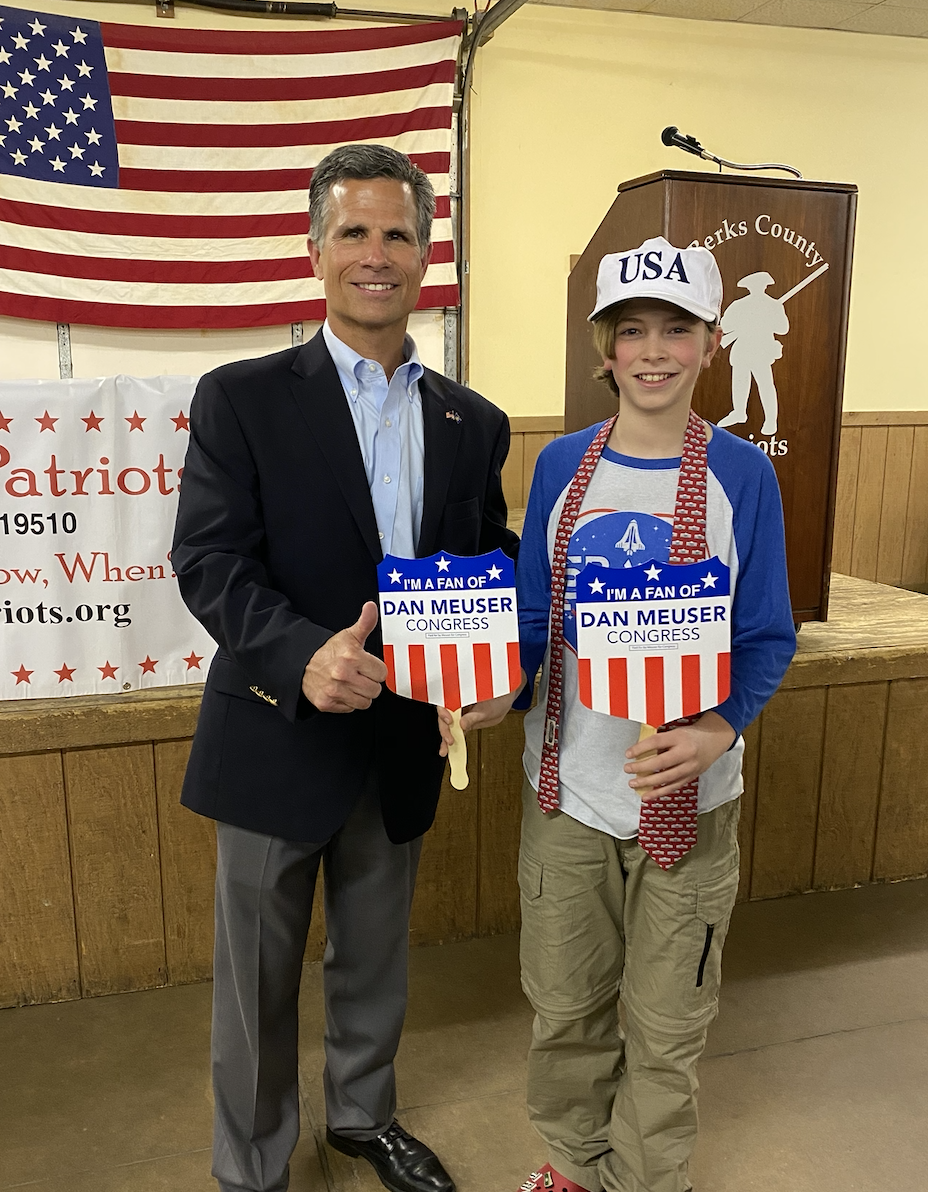 The United States House of Representatives was not in session this week, which allowed me to travel around the District attending meetings and events.

I attended a meeting regarding stormwater fees with members of the Luzerne County Council's Legislative Committee. Constituents in our District are unfairly being charged a fee and I, alongside our local elected officials, will continue to fight to end this unjust rain tax. I am working on a plan to bring the DEP and EPA together to resolve this for the people. 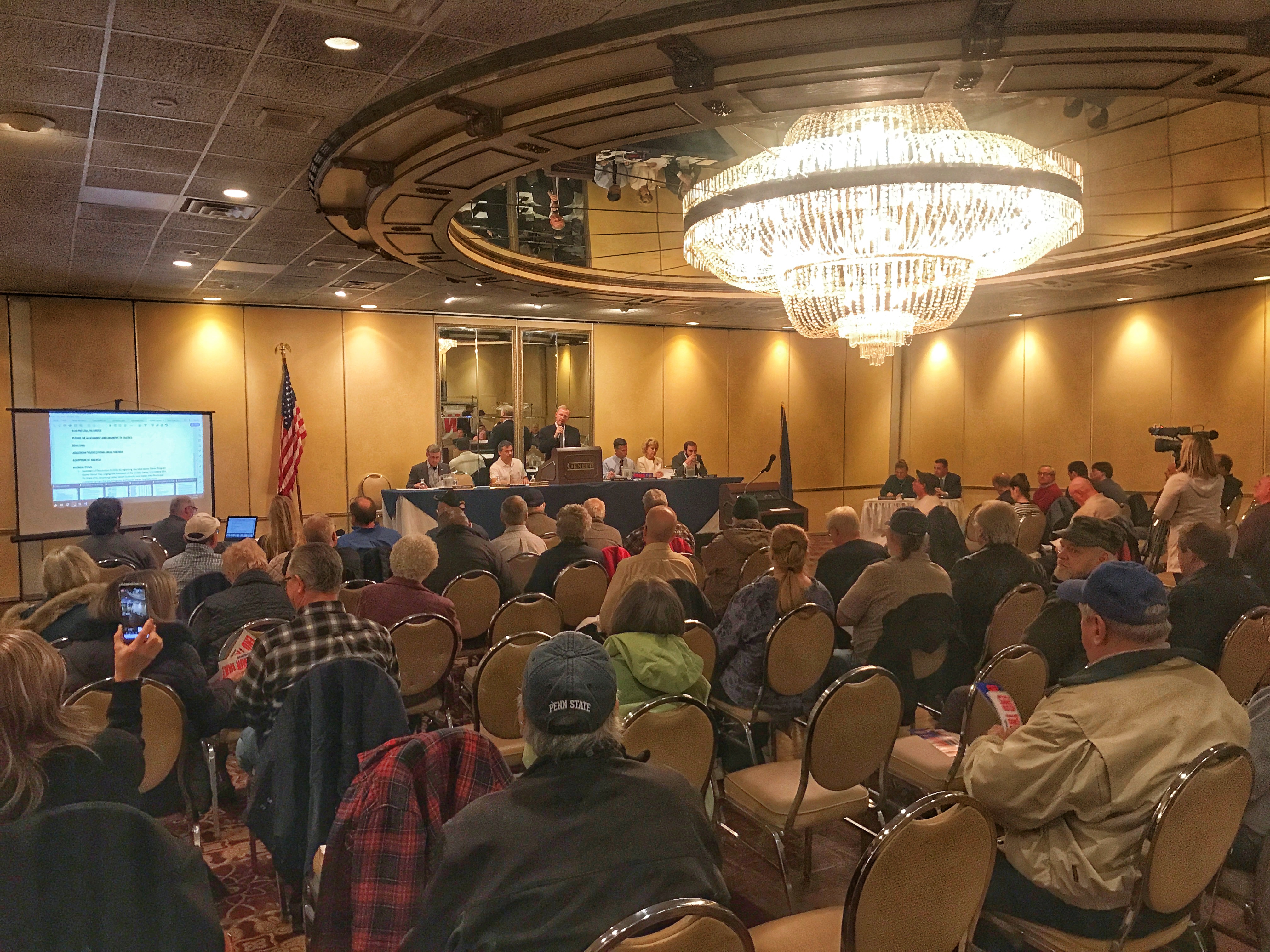 I joined U.S. Senator Pat Toomey for an event at the Linde Corporation in Pittston for a roundtable discussion on the importance of the natural gas industry in Pennsylvania. There are over 500,000 jobs that have resulted from the gas industry. There has been a 40% reduction in residential heating costs, plus the industry has pumped billions into Pennsylvania's economy. Despite all of this success, top contenders for the Democratic Presidential nomination, including Senators Bernie Sanders and Elizabeth Warren, are calling for a full ban on natural gas extraction. 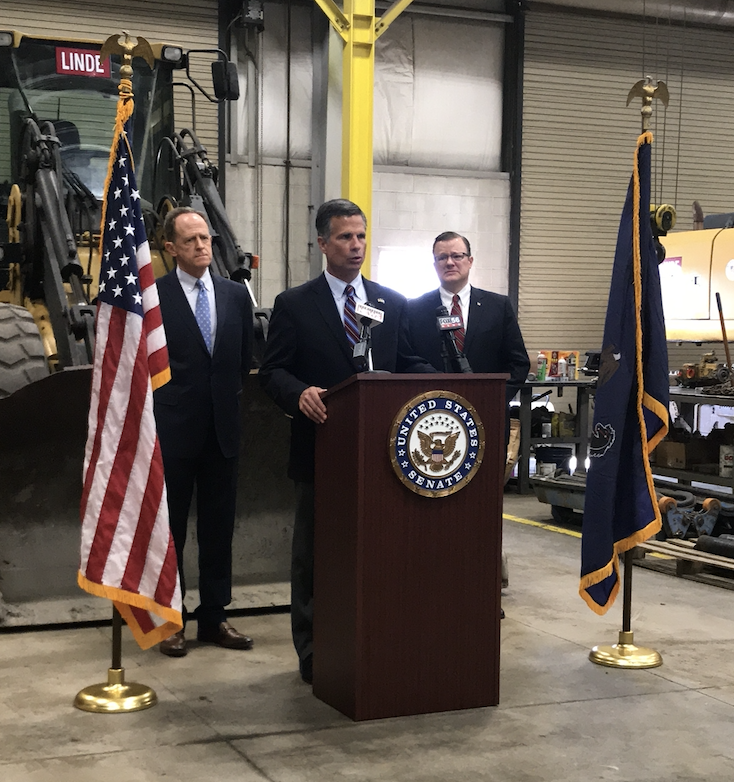 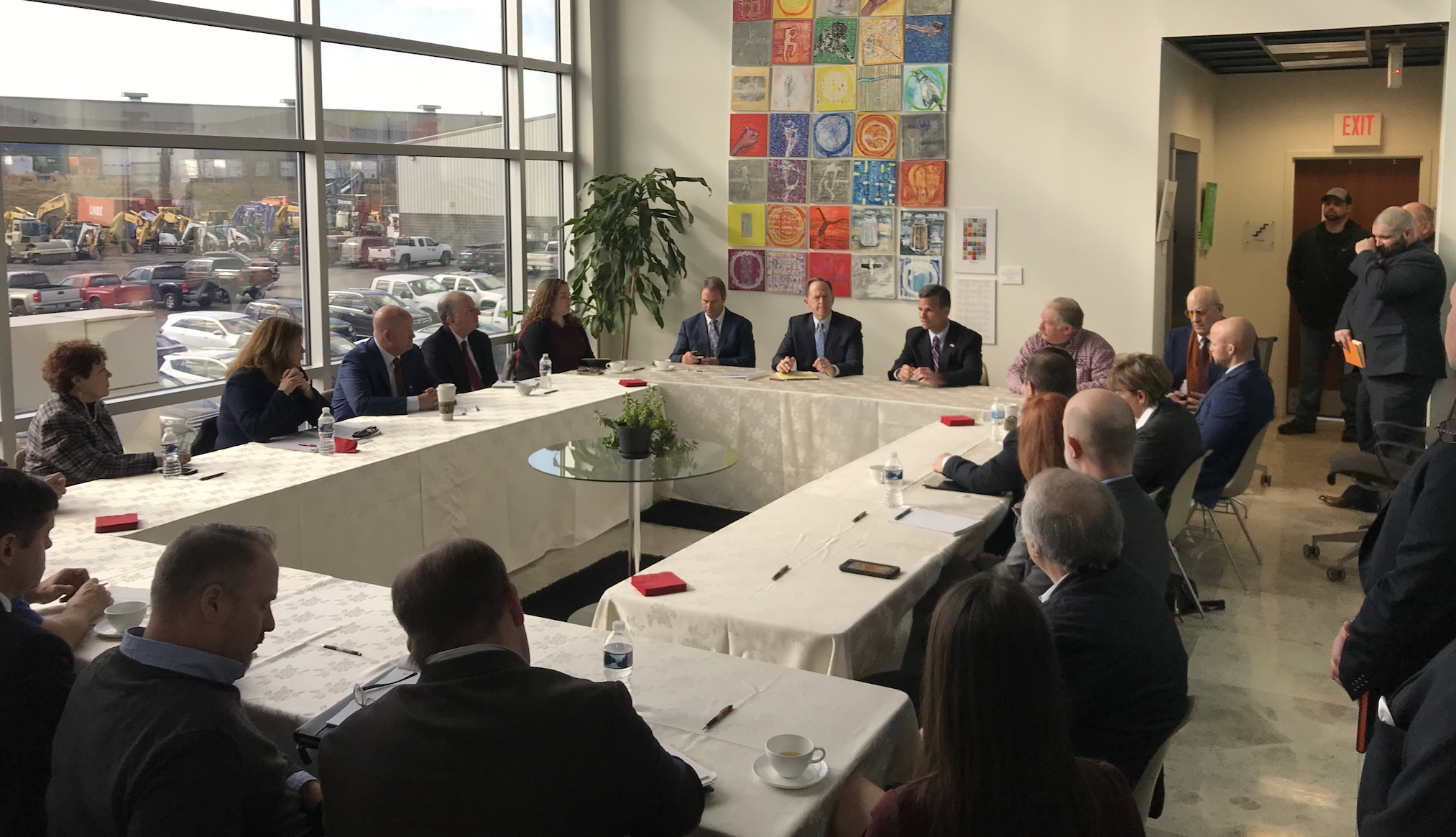 This week, I sat down for an interview with Tiffany Cloud on Storm Politics. We spoke about my legislative achievements over the past two years and priorities for 2020. I want to thank Tiffany for having me on her show. Click here to watch. 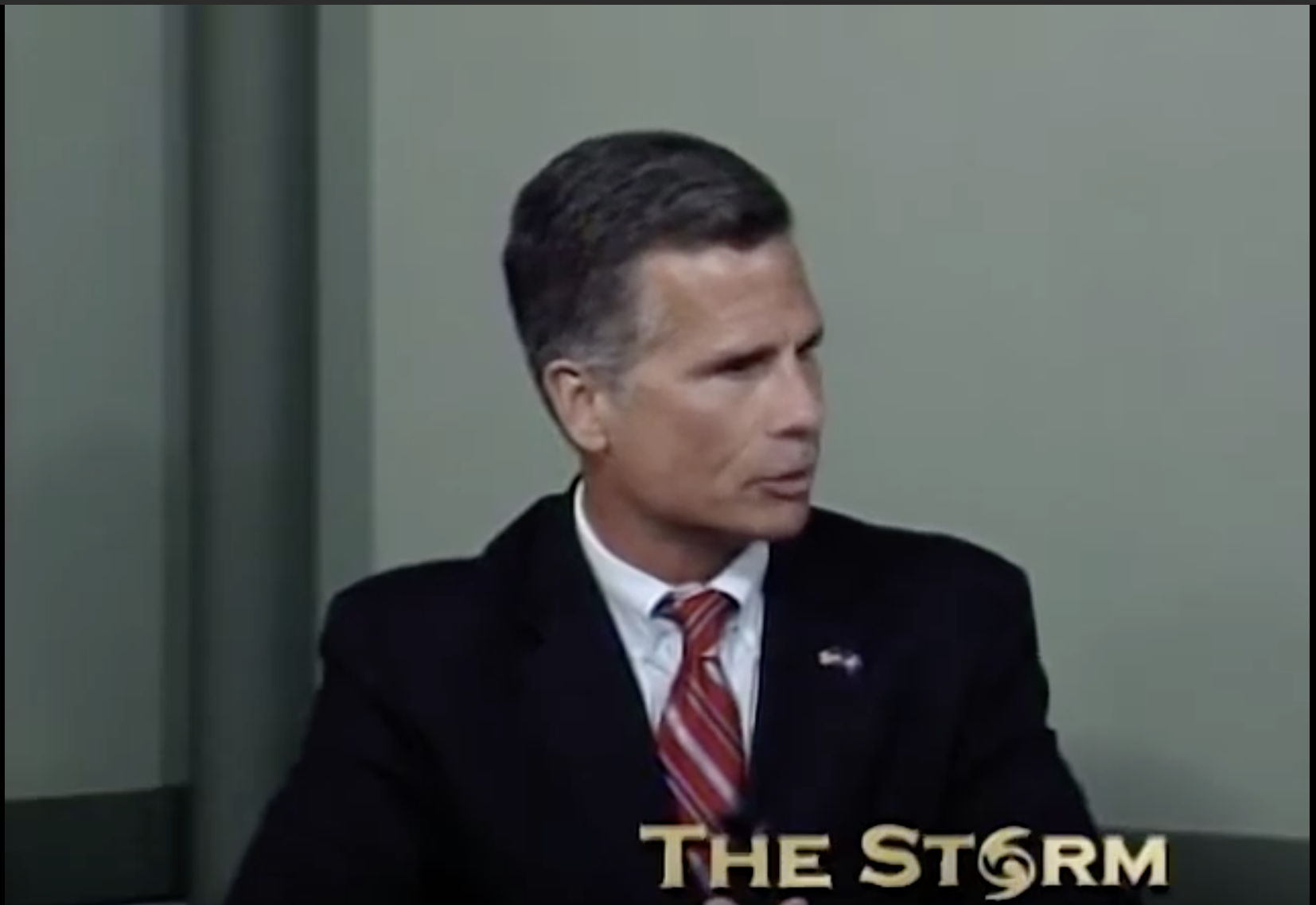 I also taped a segment with Chuck Volpe this week. We will post that interview once it becomes available. 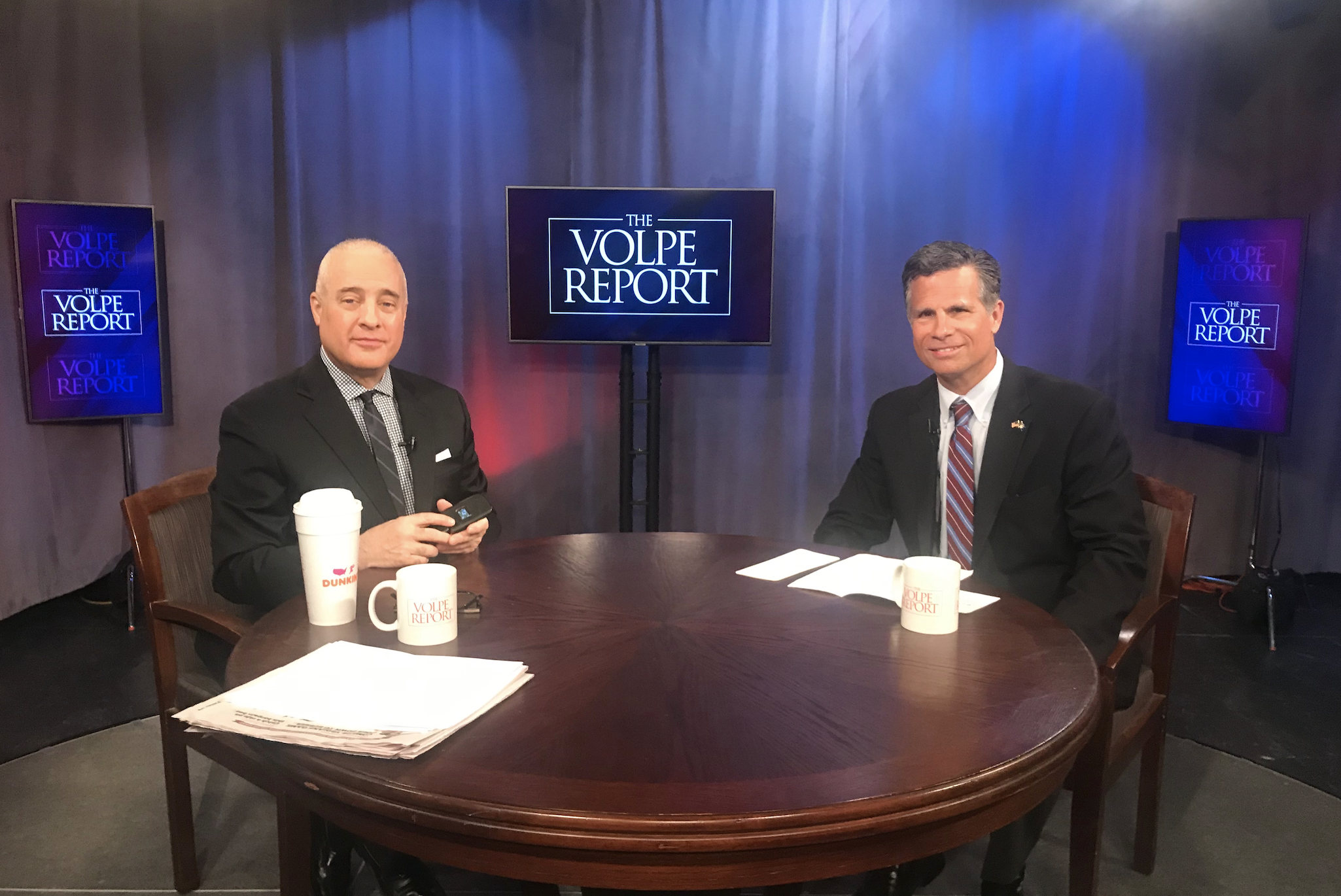 I had the honor of attending and speaking at the Pennsylvania State Troopers Lodge Dinner and Legislative Reception in Orwigsburg. As the son of a former New York City Police Detective, I have a unique understanding of their job and have the utmost respect for the men and women who put their lives on the line to protect our families and keep our communities as safe as possible. (The rest is up to us and our 2nd Amendment rights.) Governor Tom Corbett, my former boss, always said that public safety is government's number one responsibility. Without it, there is no quality of life. I agree with this and that is why we all must support law enforcement. 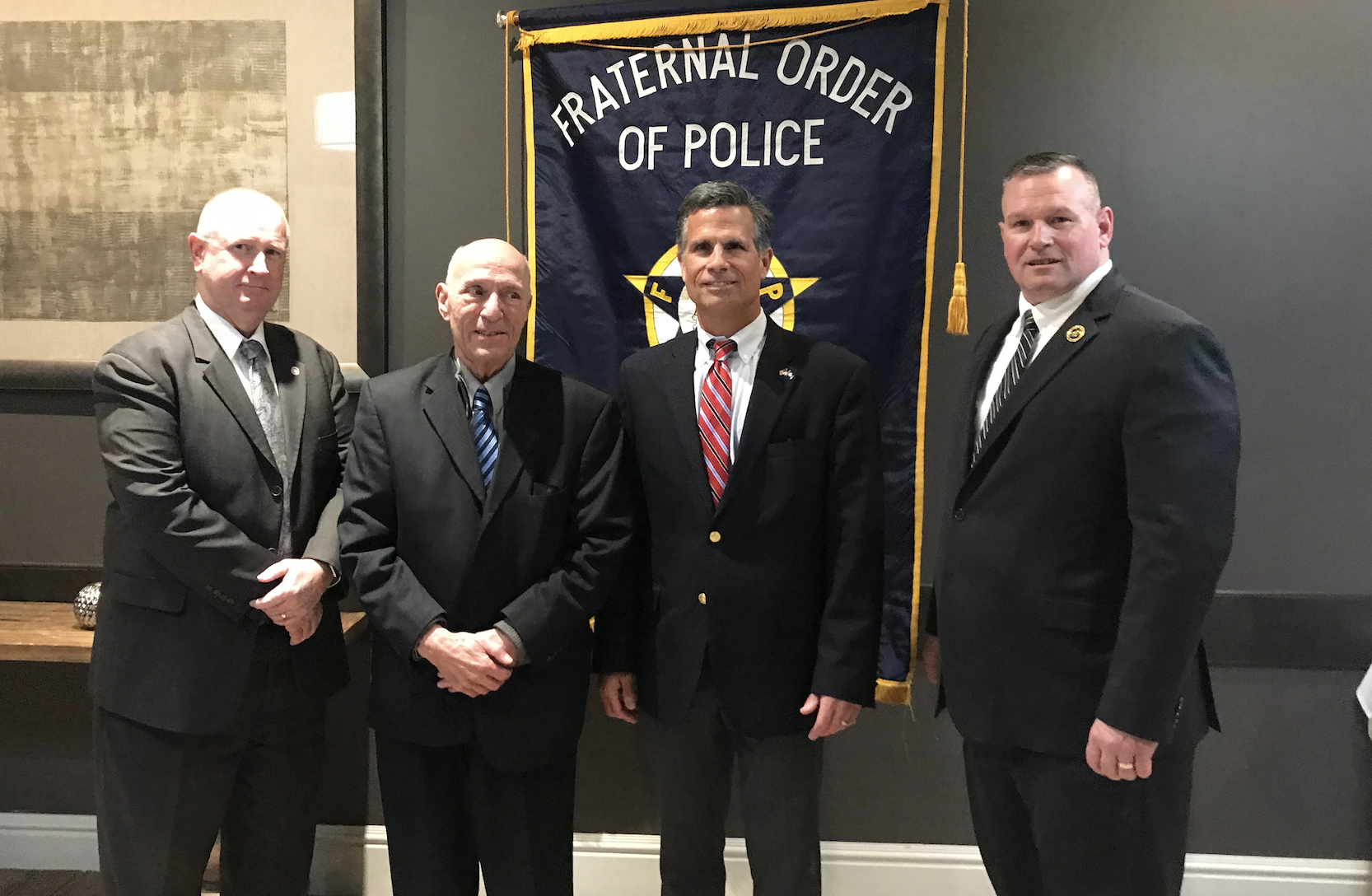 On Thursday, I stopped at the Lehigh Carbon Community College to pay a visit to the Carbon and Schuylkill SHINE 21st Century After-School Program. SHINE is an afterschool program that helps 1st-5th graders learn STEM and provides them with guidance with their homework. I want to thank Program Director Rachel Miller for allowing me to stop by and see all the excellent work they are doing. Click here or below to watch a story from Blue Ridge Cable. 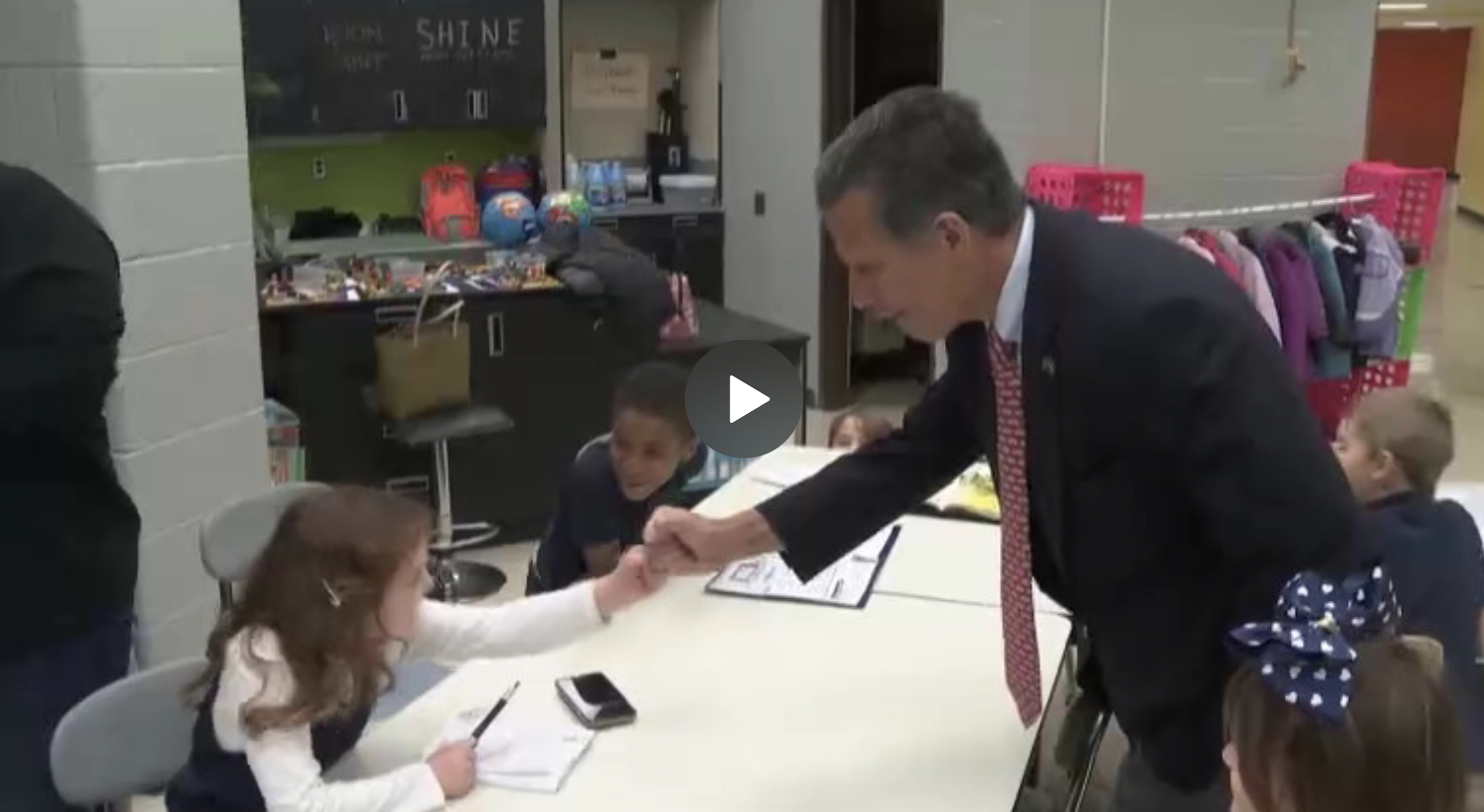 Later that evening, I attended the Schuylkill County Lincoln Day Dinner. Great event and you could feel the excitement in the room for President Trump and our 2020 candidates. 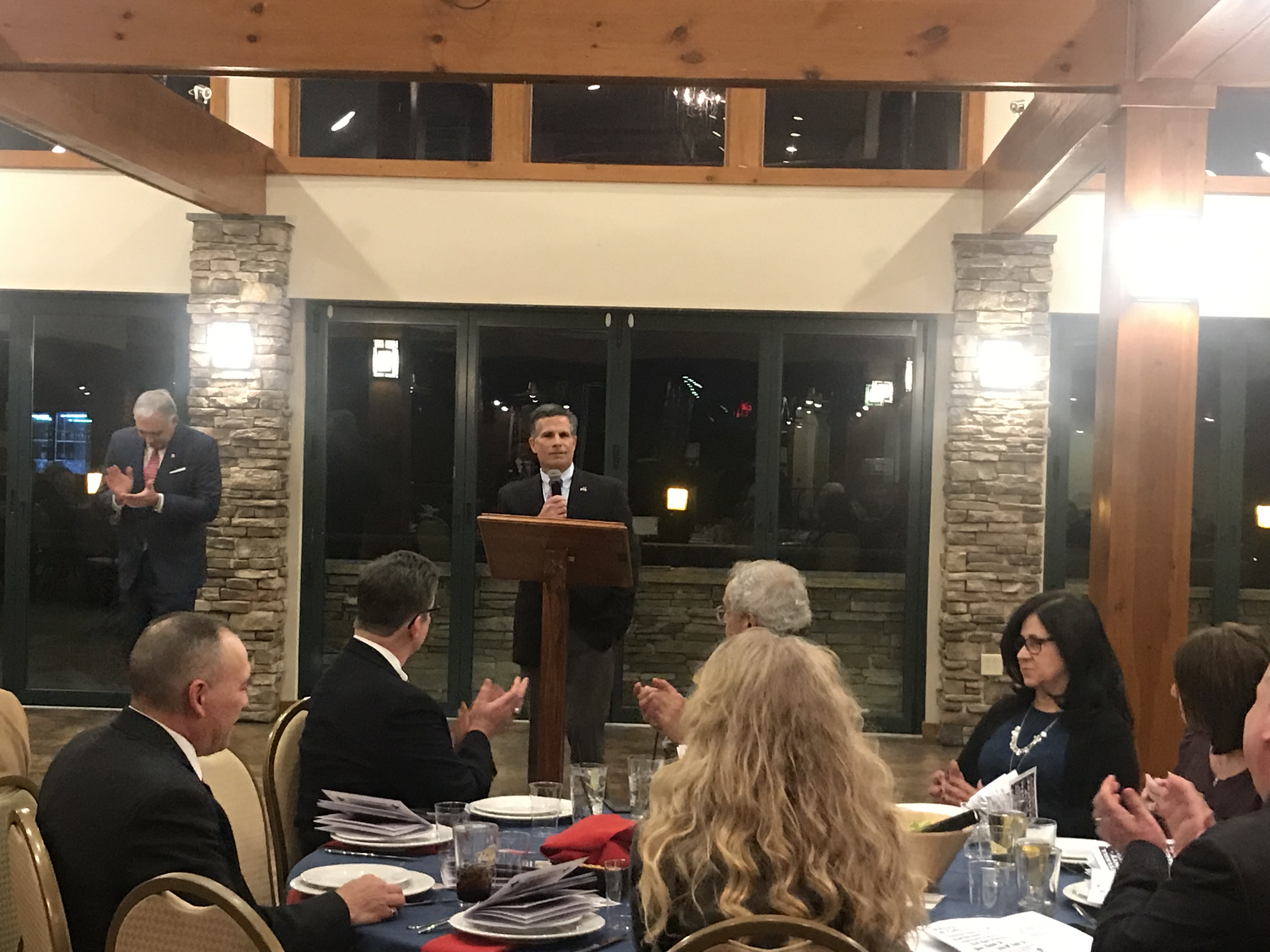 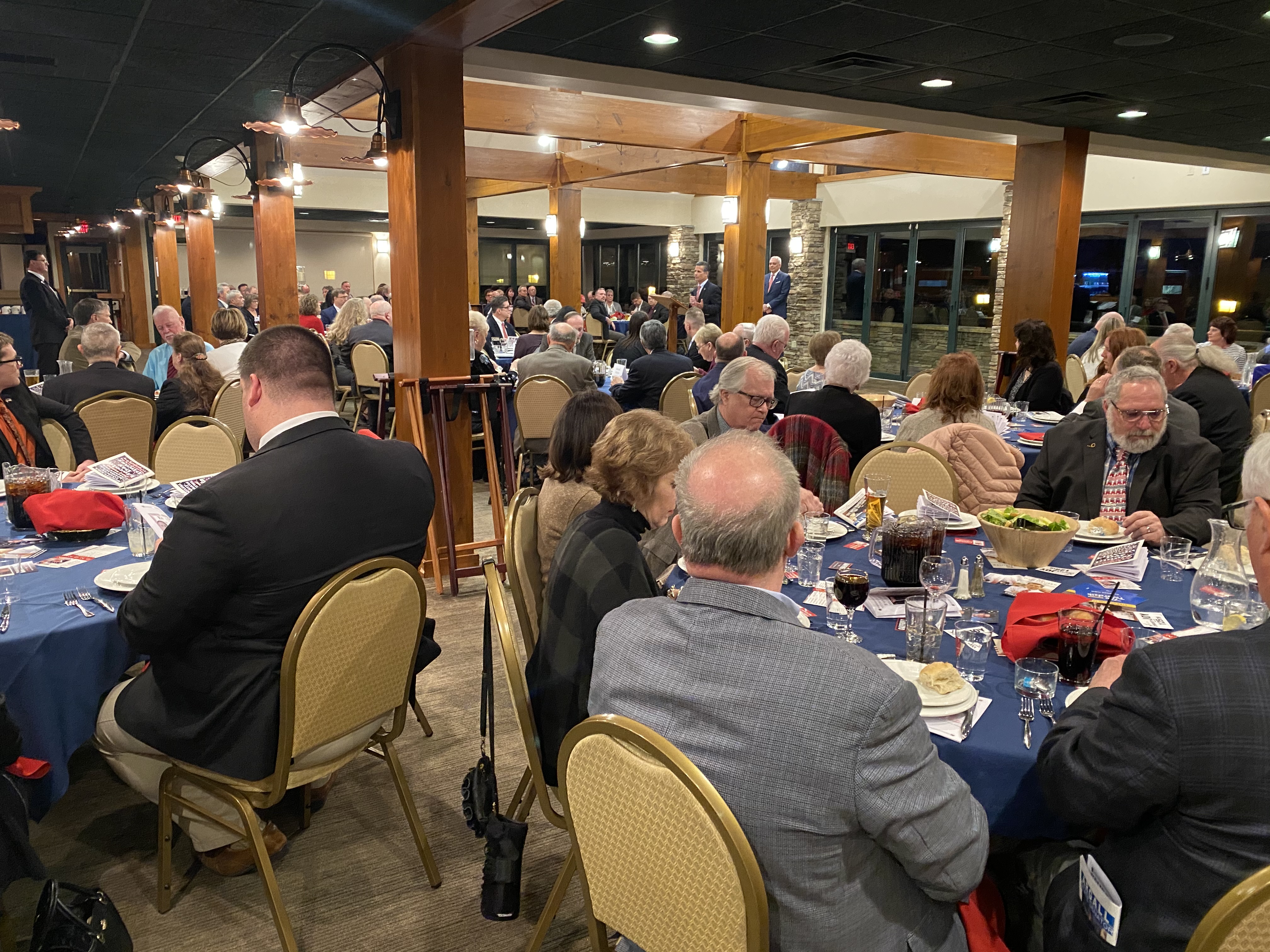 On Friday, I attended a public hearing in McAdoo on the impact cap-and-trade would have on the coal industry and Pennsylvania's energy portfolio. I was joined by many state and local elected officials and local organizations like the Eastern PA Coalition for Abandoned Mine Reclamation. I have introduced legislation, H.R. 4735, that will incentivize coal refuse-fired power plants that generate electricity through the removal and remediation of the coal refuse found on abandoned mine lands. Since being elected to Congress, finding a way to lead and incentivize a performance-based cleanup of coal refuse-affected communities has been a top priority for me. This legislation is environmentally friendly and addresses the energy needs of families and businesses throughout our District.

Later, I attended the Dairy, Livestock and Crops Compliance Conference and addressed over one-hundred farmers at the Lebanon Fair Grounds and Exposition Center to discuss the latest concerning the agricultural industry. The Dairy, Livestock and Crops Compliance serves to offer credits in pest and nutrient management, as well as production updates in crops, dairy and livestock. I want to thank Pennsylvania GOP Ag Republican Chairman Mike Firestine for inviting me to attend.

IN NEWS YOU WON'T READ IN THE MAINSTREAM MEDIA: If you watched the Democratic debate on Wednesday, it is clear that the Democratic Party has embraced socialism.

If you didn't watch the Democratic debate on Wednesday night, we have you covered. As part of our new weekly feature, I believe the below political cartoon provides an excellent summary of the debate. See below. 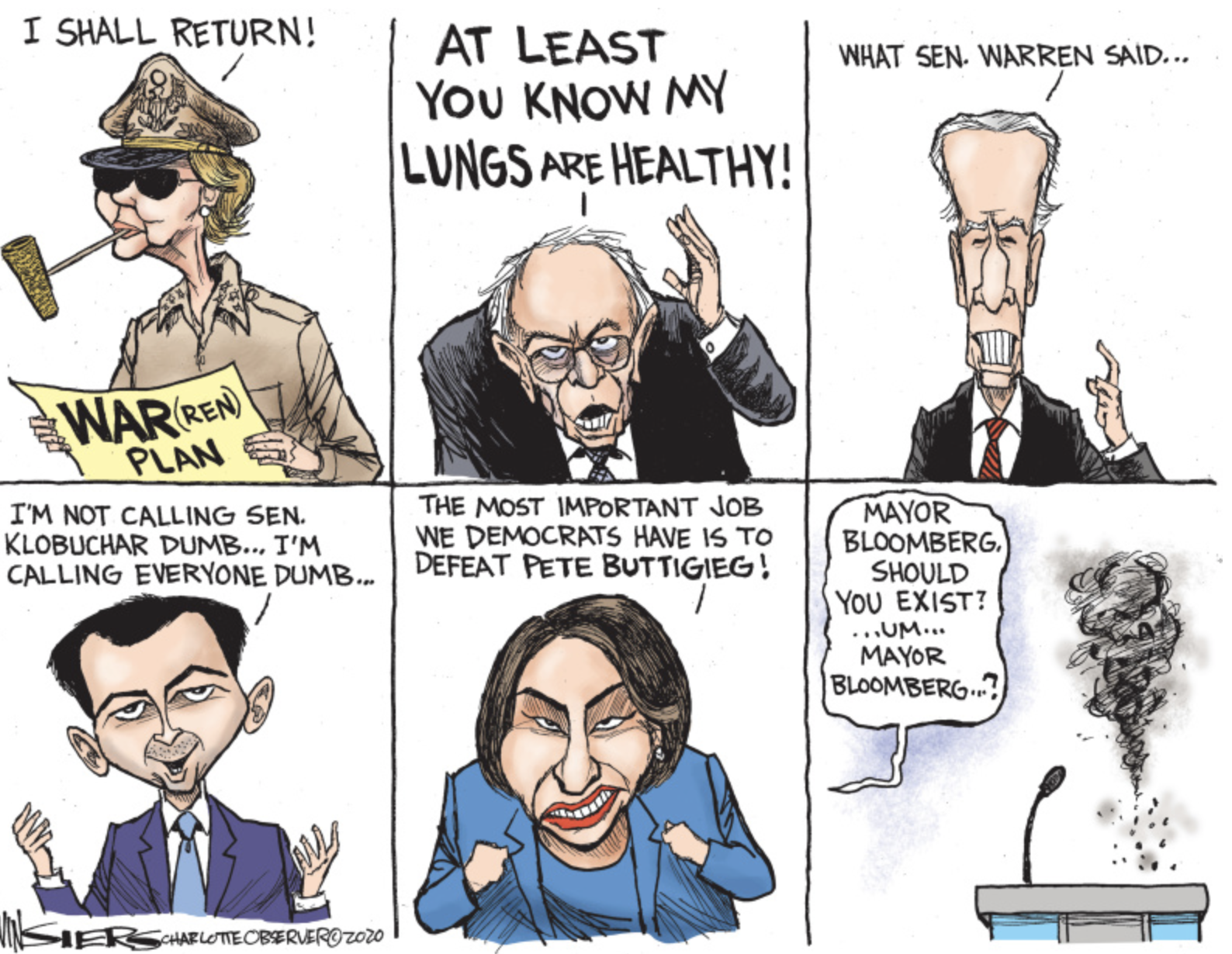 Last night, I greatly enjoyed attending the Hobbie Volunteer Fire Department 70th Anniversary Dinner in Luzerne County. The Hobbie Volunteer Fire Department serves the Hollenback Township and surrounding areas. The event was held at the Nescopeck Township Fire hall as they had over 250 people in attendance. Also in attendance were Senator Lisa Baker, Representative Tarah Toohil and so many great firefighters. It was really an enjoyable evening. I want to thank Marla Conklin, Secretary/Treasurer of the Hollenback Township for her support and assistance. 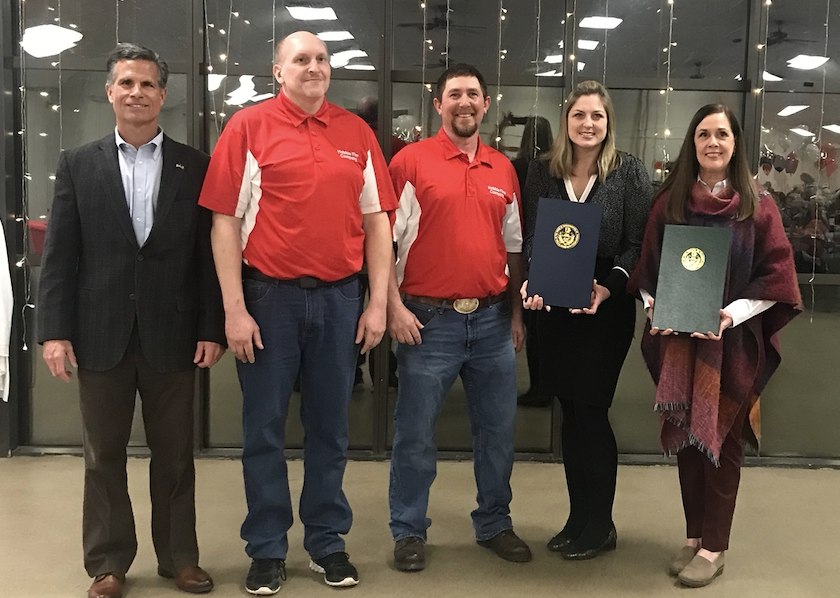 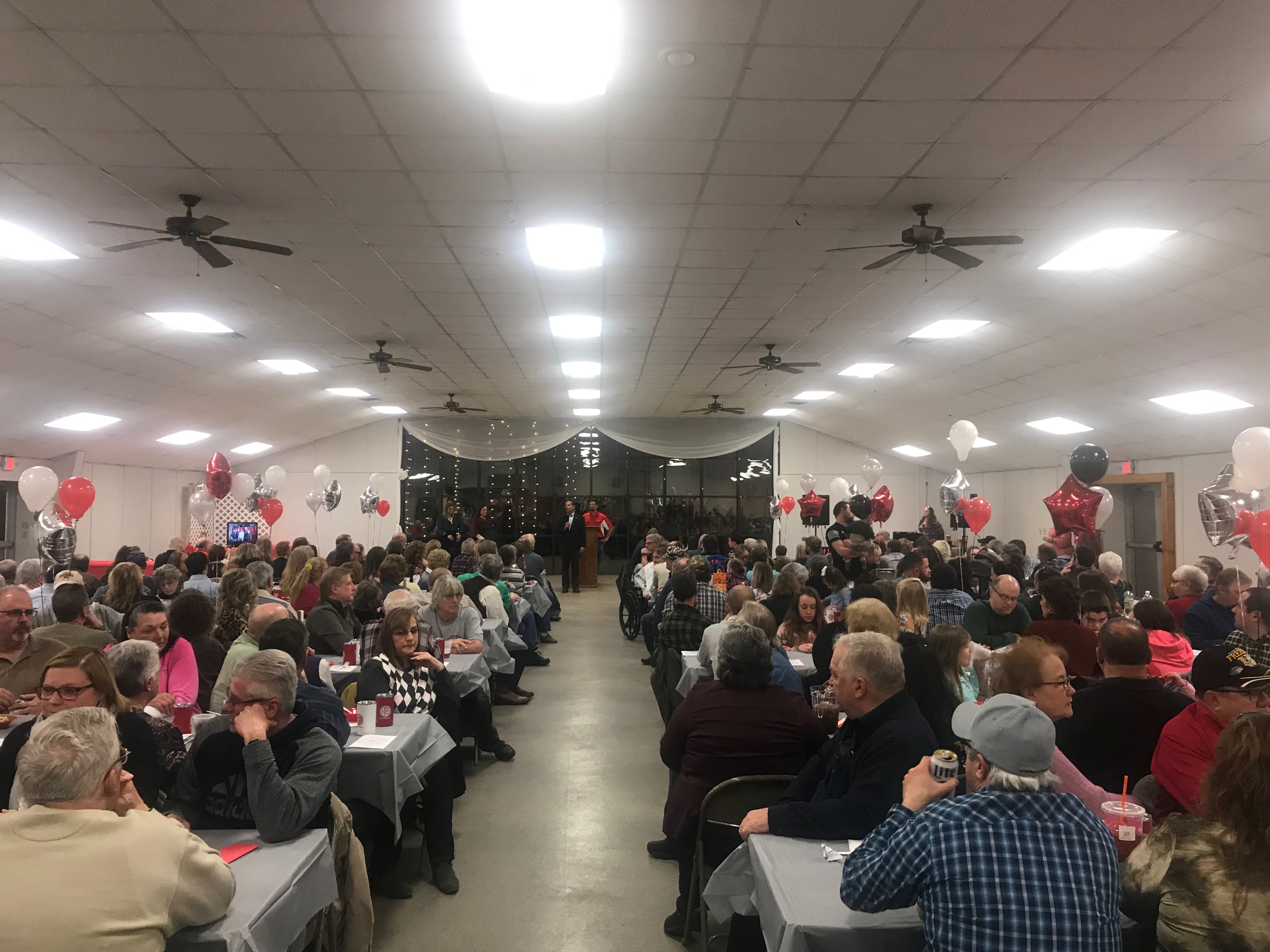