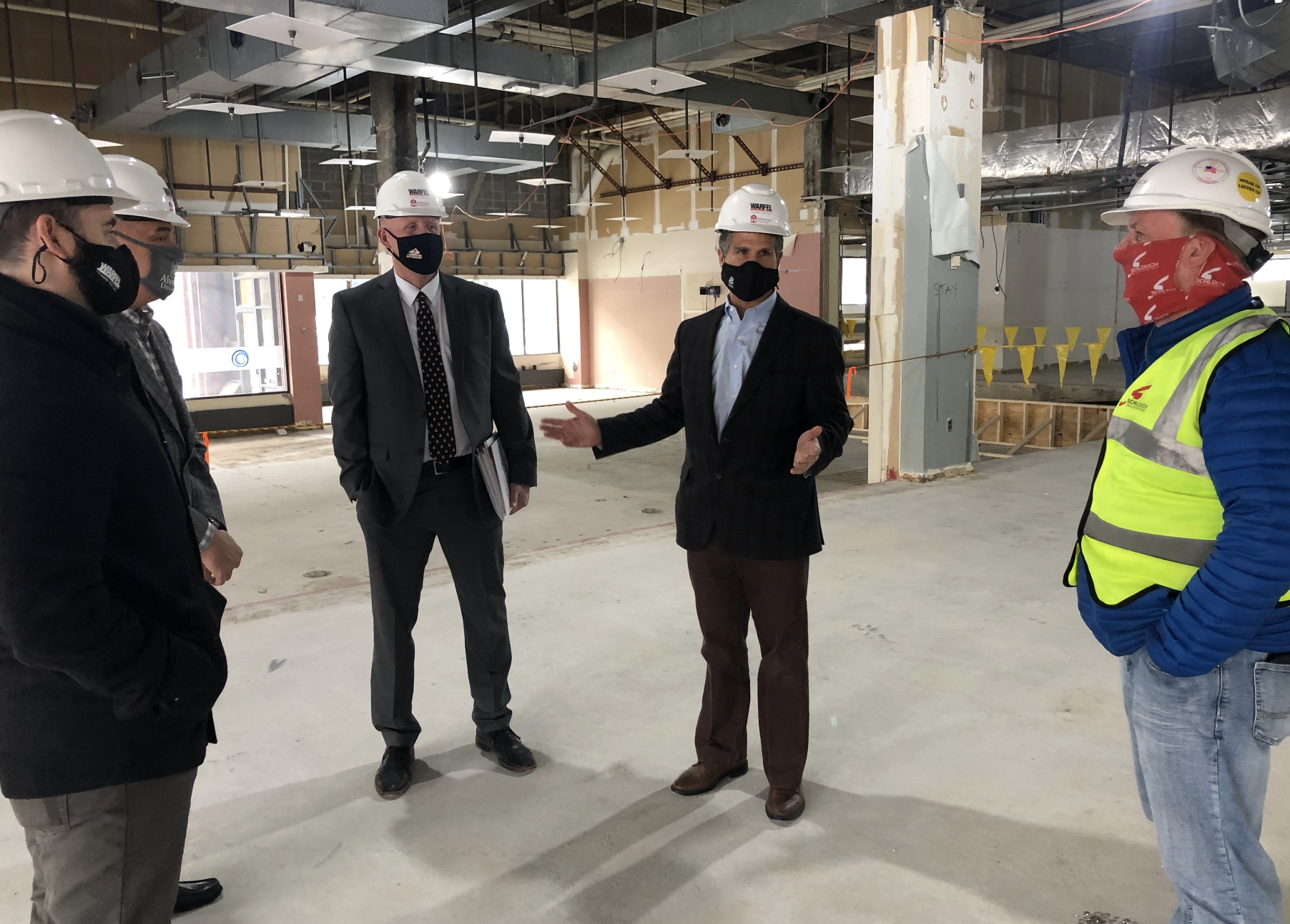 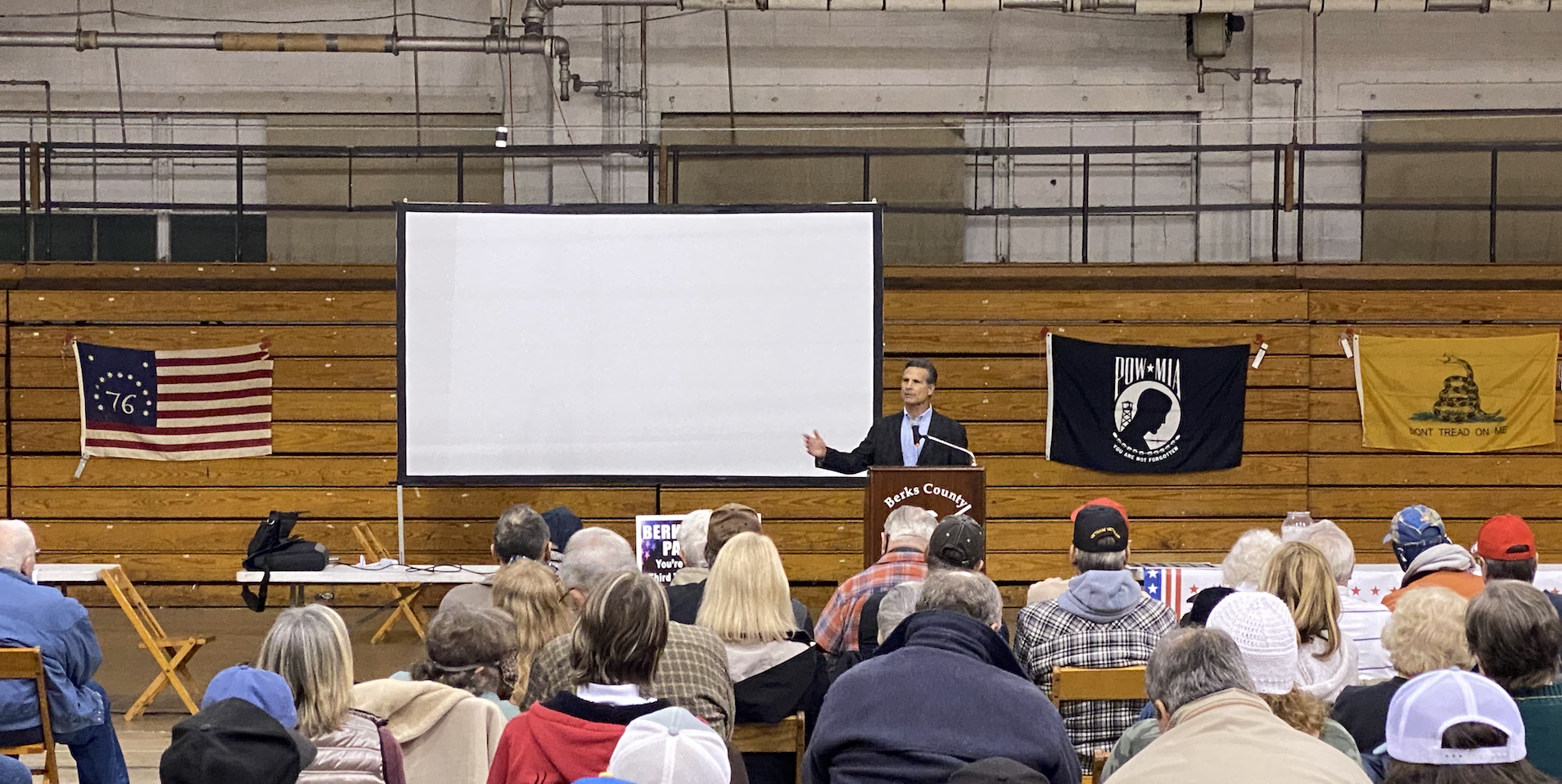 Yesterday, I began the day speaking at the Northampton County GOP Breakfast. Great crowd and I truly appreciated the opportunity to join so many committed Republicans working to better our nation, our Commonwealth and their local areas. I especially want to thank Chair Lee Snover for putting together such a great event. 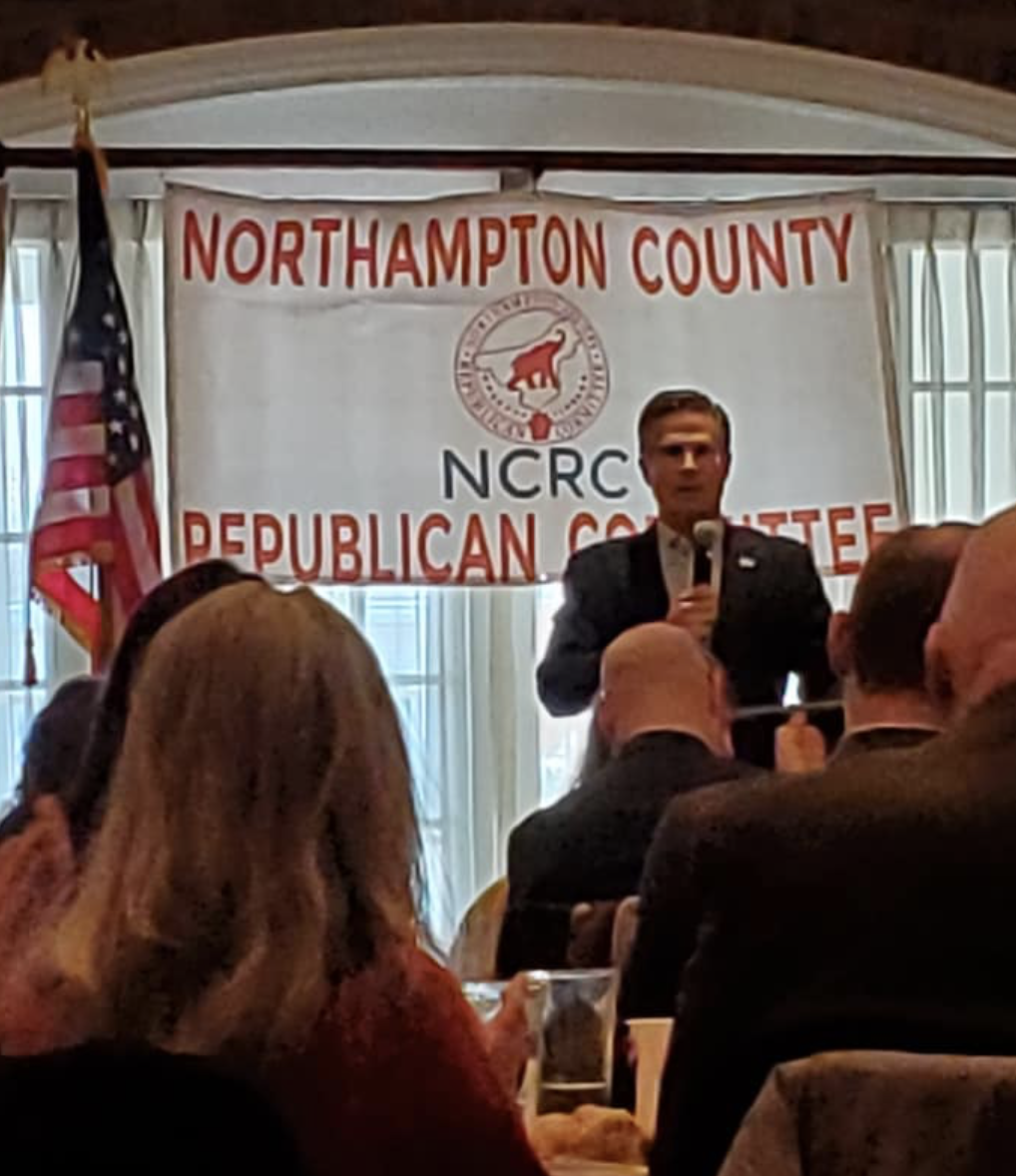 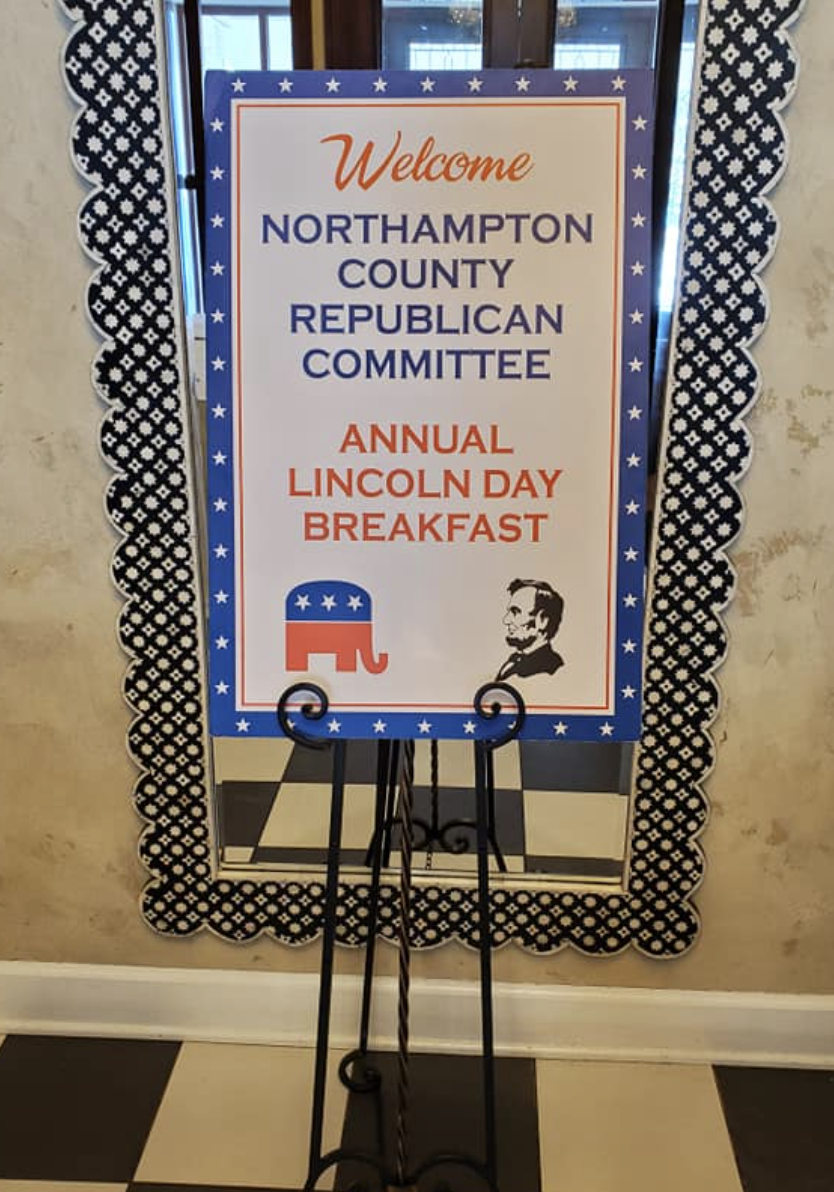 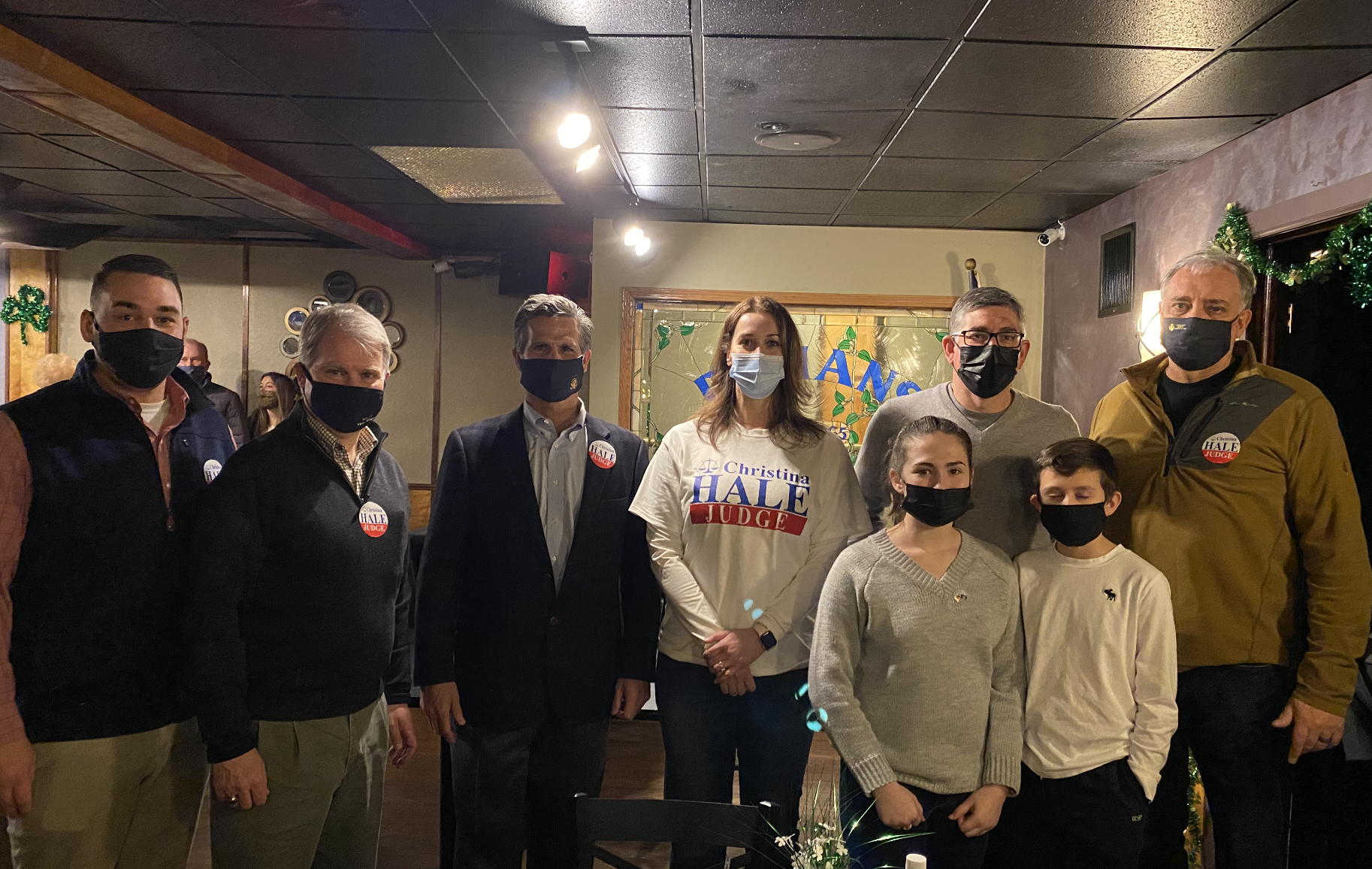 The mainstream media largely ignores the growing scandal in New York related to Governor Andrew Cuomo and the underreporting of nursing home deaths. Last year, New York issued guidance to their senior homes to take patients with Covid-19. The New York Attorney General conducted a report and investigation into Covid-19 and nursing homes. Pennsylvania’s State Government issued the same guidance with respect to Covid-19 patients and nursing homes. Yet, we have not seen a similar report from our Attorney General.

As promised, I drafted and circulated a letter, signed by my fellow Pennsylvania Republican congressmen, addressed to Pennsylvania Attorney General Josh Shapiro. We pushed him to investigate the issue and we offered any assistance and/or support we could provide. Pennsylvanians deserve answers and we shouldn’t have had to wait any longer.

This week we lost a true patriot, Rush Limbaugh. Rush Limbaugh not only changed the talk radio industry forever, but his impact on the conservative movement over the last three decades is unmatched. Not only was he a leading voice for millions of patriots who listened every day, but his articulate commentary on policy issues helped convert many listeners to support conservative candidates and causes.

Rush was influential in helping Republicans win back control of the House in 1994, and the freshman Republican class awarded him an honorary membership in their caucus that year, knowing he had played a significant role in their success. In 2009, he was named as one of TIME’s 100 Most Influential People in the World and last year was awarded the Presidential Medal of Freedom from President Trump, the nation's highest civilian honor. I was in attendance that night, just below the Gallery where Rush was seated next to First Lady Melania Trump.

Rush said what needed to be said, always informing his listeners that the ideals which make America exceptional were worth fighting for. He was truly a great American and will be missed. 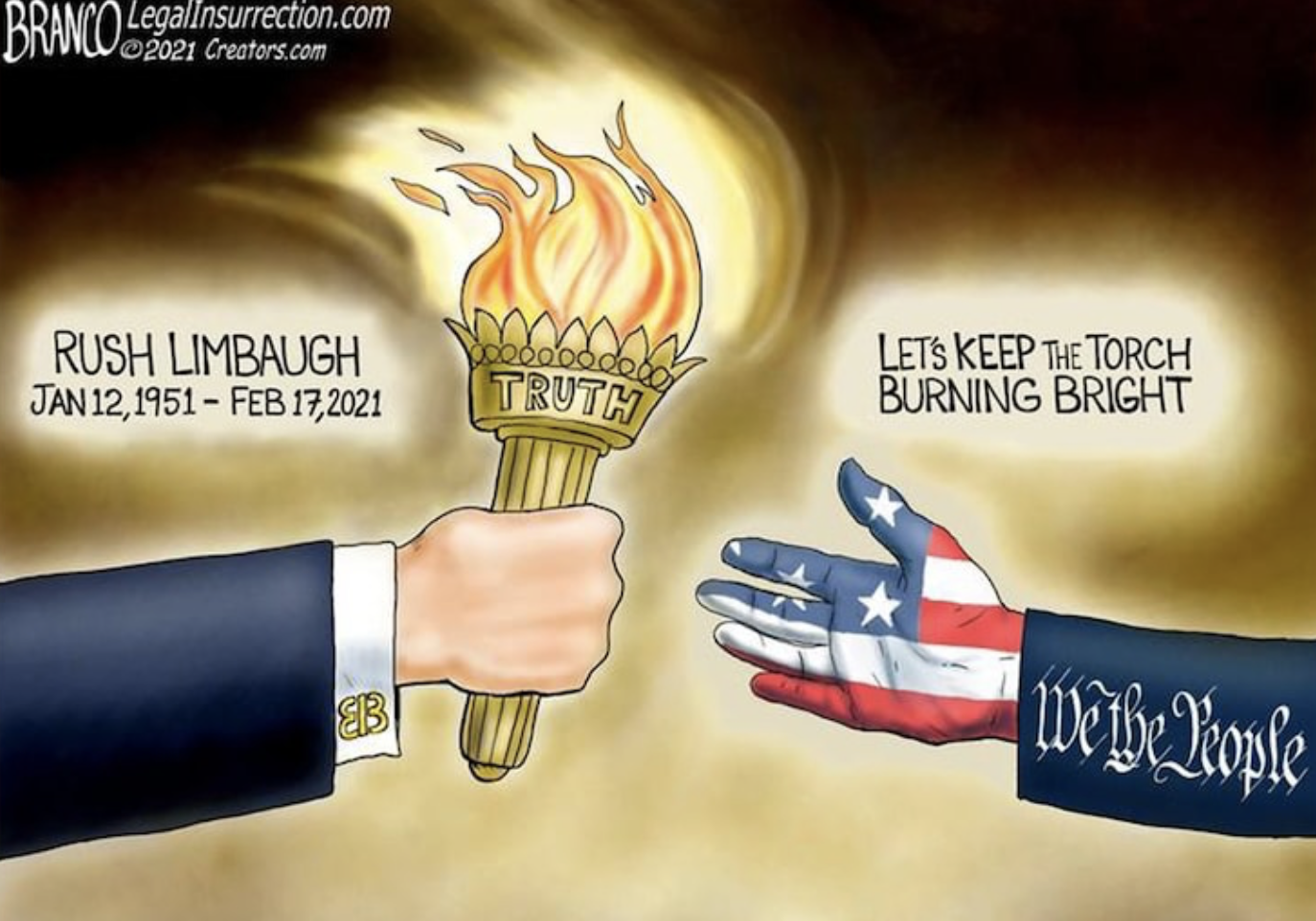 I also spoke to RJ Harris on WHP-580 about Rush's legacy.

IN NEWS YOU WON’T HEAR IN THE MAINSTREAM MEDIA: Americans families desperately want their children back in the classroom. Covid-19, and the resulting shutdowns that have taken place, have had devastating impact on the education of our children, particularly on those students in schools that have not reopen to in-person instruction. The CDC has indicated that there is little evidence that schools have contributed to community transmission of Covid. Experience has proven that Covid transmissions in schools can be managed with adequate mitigation practices in place.

In the 9th Congressional District, many of our school districts are fully open to in-person learning or via hybrid learning. However, there are still schools that have not been open to in-person instruction for nearly one year. That is entirely too long and it only is exasperating the divide between students who are attending school and those who are not.

And that is the crux of the issue…  How do you measure the impact of a school year on a child? In opportunities lost, futures delayed, and educational quality threatened.

President Biden have set an embarrassingly weak goal of reopening schools in 100 days despite the growing scientific consensus that schools can safely reopen.

There are countless teachers, especially in the 9th District, who have stepped up and are working harder than ever to ensure our children are receiving a high-quality education. I applaud them ask appreciate their hard work, even under some difficult situations.

Unfortunately, some teachers unions and special interests are resisting calls to reenter the classroom. Worse yet, Democrats, including President Biden, are caving to their demands.

As it related to opening schools, it is time to follow the science and facts related to Covid-19 pandemic. Children must have the opportunity to have in-person instruction as soon as possible. It appears that President Biden and some Democrats  are following another science… political science. Our children deserve better.

Lastly, I would encourage you to read a few opinion pieces that were published in recent days. The first editorial I wrote appeared in the Reading Eagle and outlined top priorities in Congress for the next session.

Another editorial I penned appeared in the Washington Examiner regarding election law cases that will soon appear before the U.S. Supreme Court. Click here to read.

Thank you, stay warm and I look forward to seeing you soon,